HID Headlights for pre-facelift 200 series LC. These are aftermarket with black housing, similar to this ebay listing.

These have been installed in my 2013 LC for the past four years. There was a noticeable wobble in the low beam when going over bumps, and I didn't want to deal with taking apart and replacing the bull bar multiple times to get them out and investigate whether or not it could be corrected, so I bought an OEM set to replace. Now that they're out I can see why they wobble and how I would try to fix it. In the last pic, I circled where there are a couple blobs of sealant that should fix the projector frame to the housing but they have come unstick from the housing, allowing the excessive movement. General quality is pretty good. The housings are very similar to the new OEM, down to the markings on the plastics and "Land Cruiser" embossed on the side below the marker reflector. Leveling motors are there and work. They don't have the hex fixed-height adjustment mechanism that the new ones do though.

These are the headlight housings only; no bulbs or ballasts are included. OEM HID bulb/ballast assembly and high beam bulbs work just fine.

The bottom row of decorative LEDs are disconnected. I believe this is the unconnected pigtail you can see looking into the projector opening from the back.

Local pickup in Bellevue WA would be easiest, but I can ship them. They're packed in the factory packaging my OEM lights came in: individual boxes for each headlight, packed together with bubble wrap in a 24" x 30" x 34" outer box (probably around 20lbs). 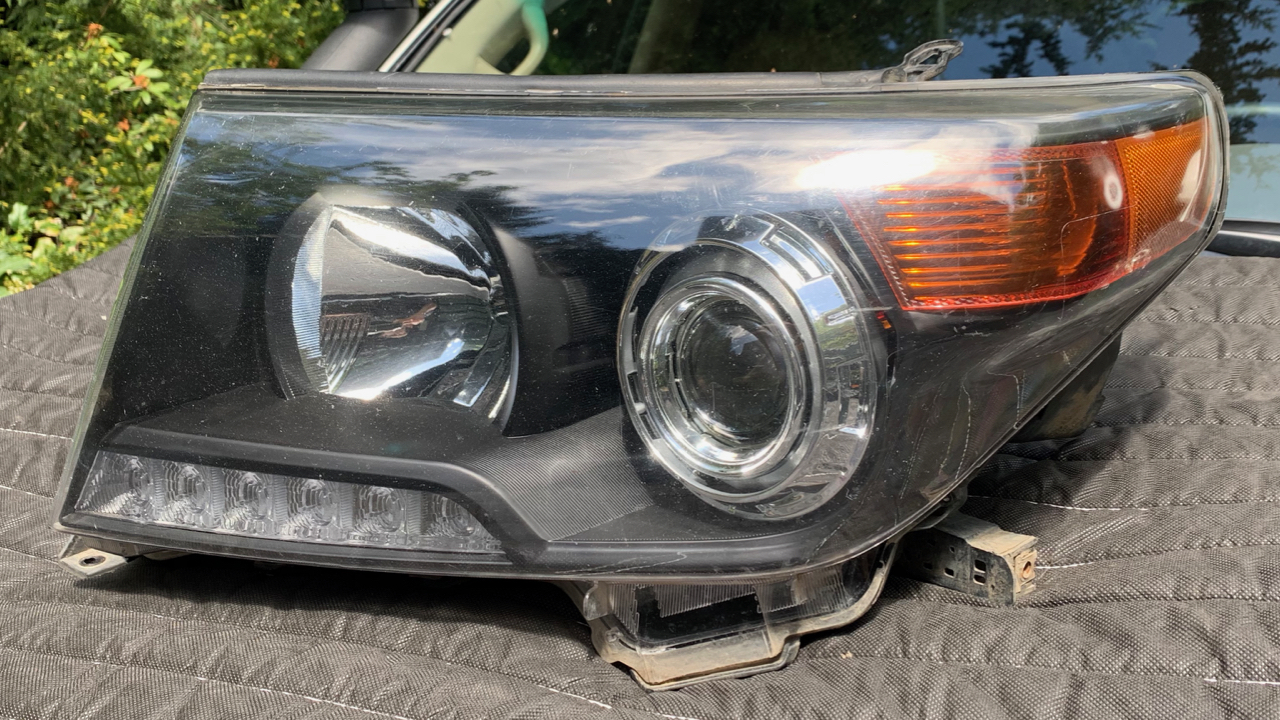 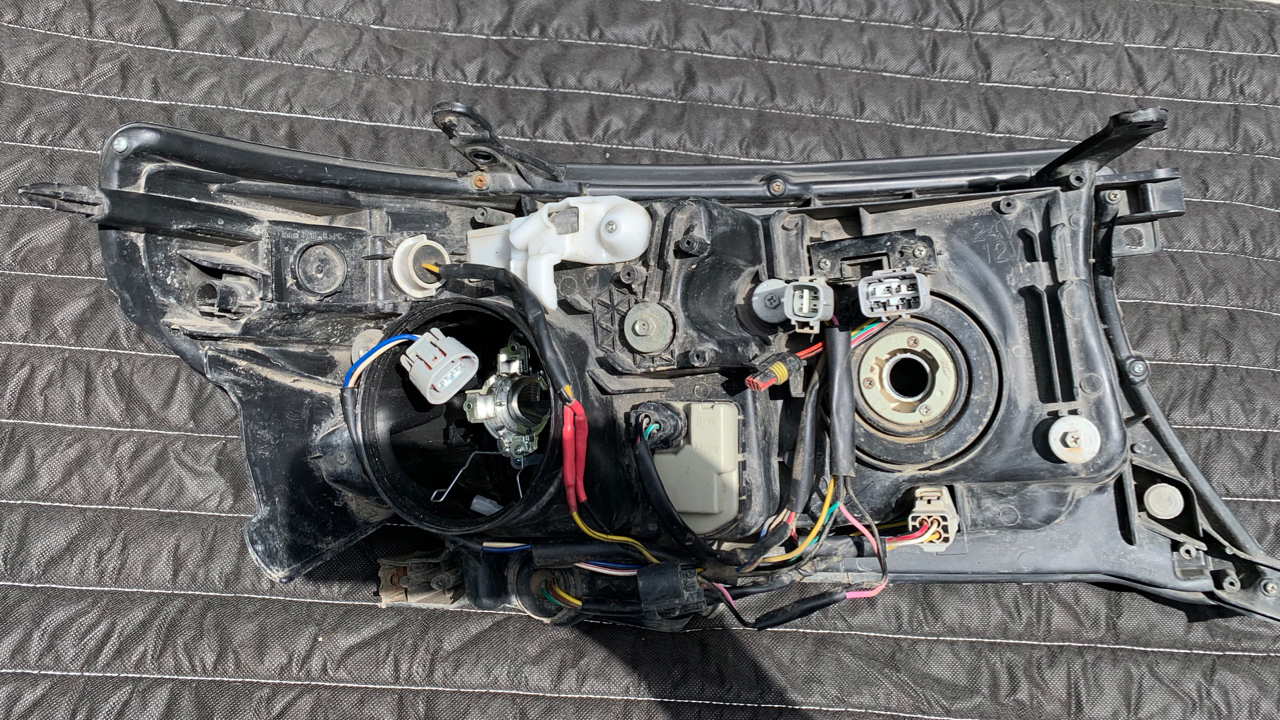 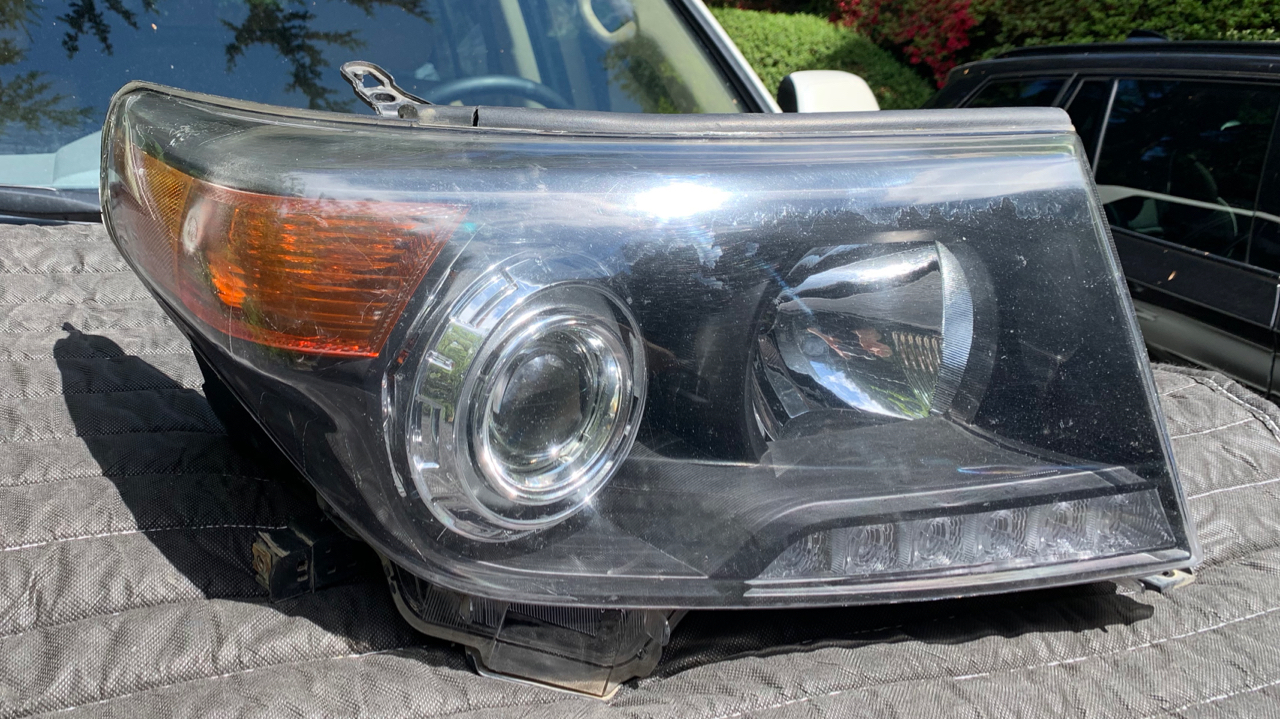 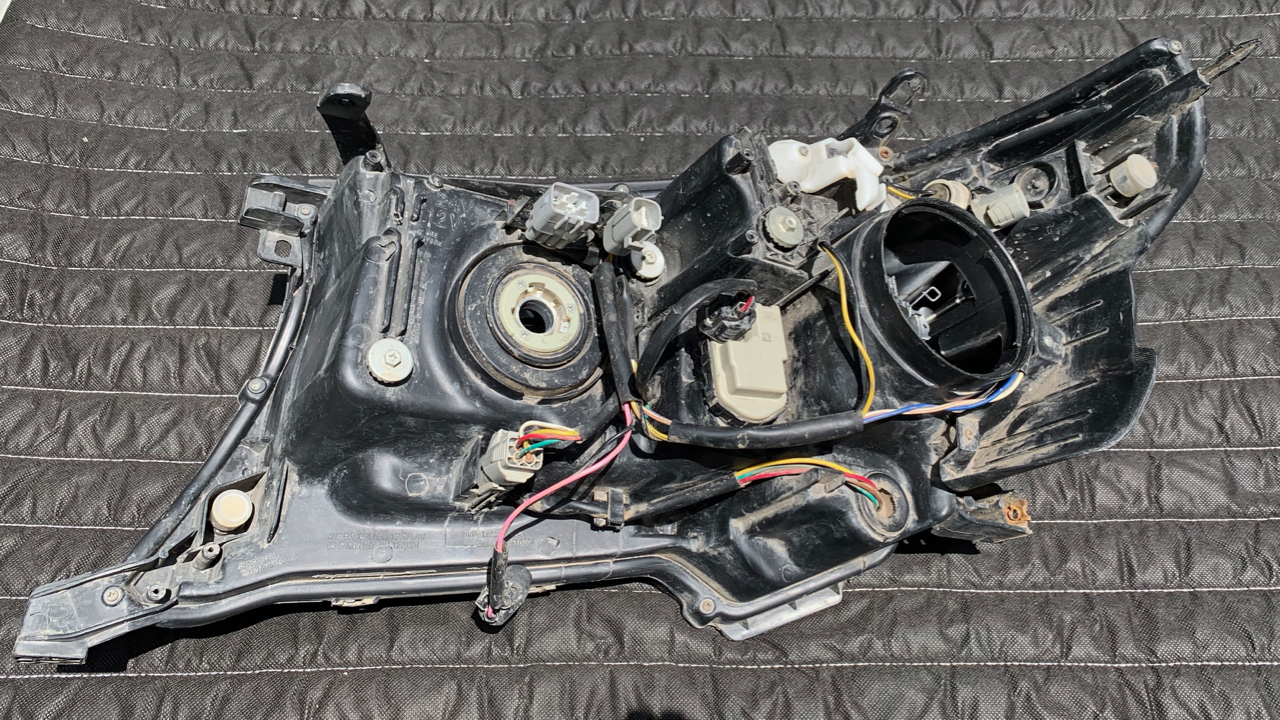 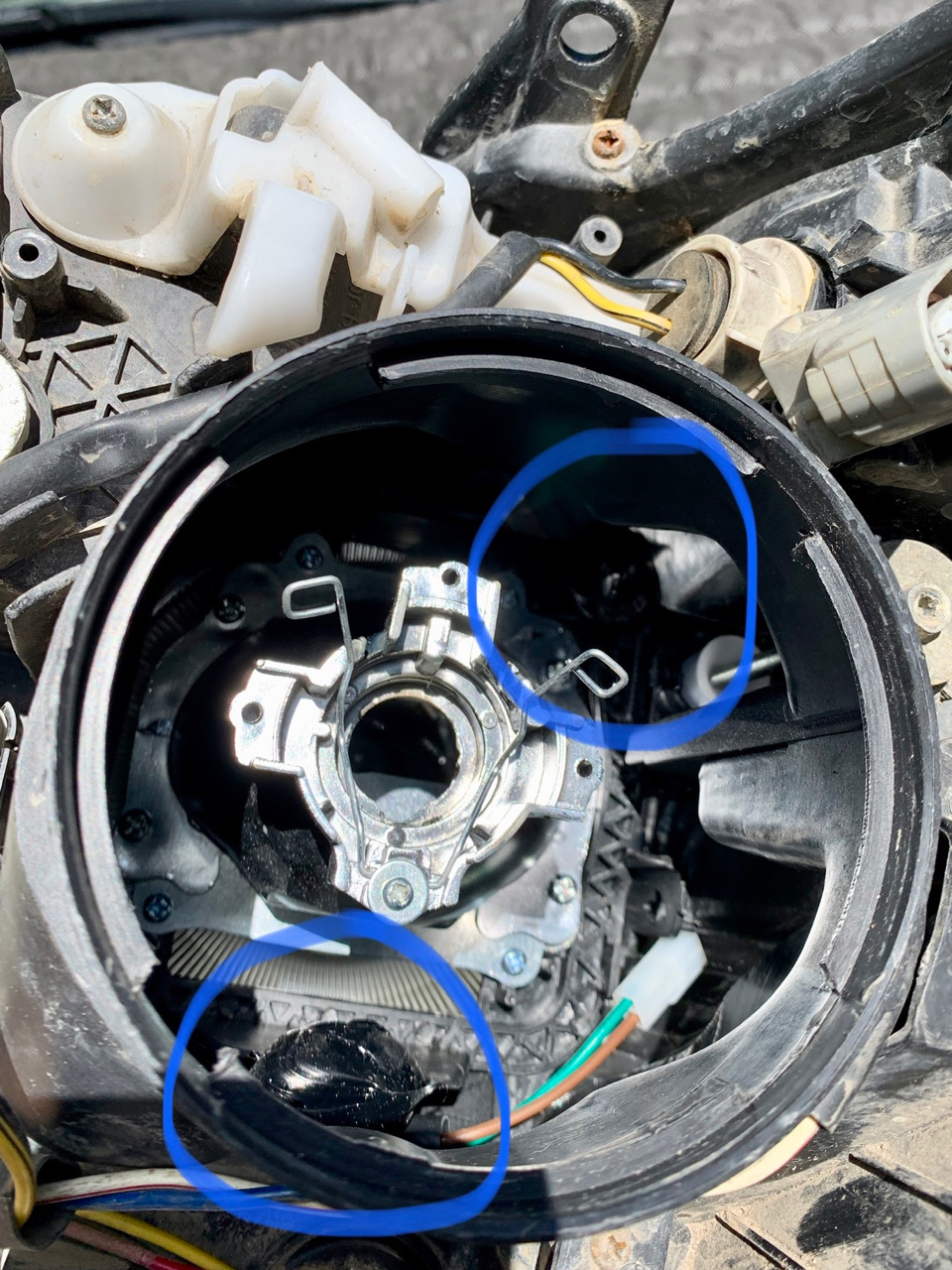 Changed price to $10. Or beer if you’re local. Need these out of the garage and I’d rather not just bin them!
You must log in or register to reply here.