Santiago Peak from the west in SoCal (pics) (1 Viewer)

So, me and the chick spent the whole new years day driving out to and running the Santiago Peak trail as taken from the west side of the mountain via highway 74 (Ortega Canyon - Indian Truck Trail via Upper San Juan Campground). Pretty fun trail. Some pretty steep sections, KILLER views (both ocean and mtn and some urban sprawl), but all fire roads. Final stop at the top is at about 5700 feet. It took us 3 hours from North County SD to get to the top, 2:45 home as we went back taking the backside and poping out right at the 15 and heading south. You could do the trail fatser if you haul ass baja style, but we took it slow and enjoyed the views, trail, rig and the fact it is a hop-skip-jump from us in SoCal.

If I were to do it again, I would turn around and go back the way I came rather than take the backside down into Corona. Just more scenic and tougher trail to go back to OC than go down the other side. But, we did not know so it was worth going end to end after peaking out just to see what was doing. Going up from the west side at highway 74 via the camp ground is much tougher, longer, scenic and more beautiful than coming up from the easier backside from the 15.

The trail is all fireroad - all along the mountain ridegline. tons of switchbacks, blind turns, short steep grades. Can't realy get lost. Super dooper views and drops. Great final 5700 feet altitude stop at those big TV/radio antennas. Some pretty steep rocky sections (not crawling, just slick shale skree on small rocks cropping out). 4wd seems needed in some sections to be safe. great place to take the chick and scare her now and then with the steep drop offs and sketchy road, but still be safe for the kids/family (assuming you can drive). There was a decent amount of 4x4 traffic that day - I suppose due to the holiday and people with time off... but of all the yeeps we saw, we were the only 40 up there.

The book we use rates it as "moderate" - which is pretty fair because of the steep sections I would say. No tough actual slow rock crawling, just sketchy very steep loose 4x4 fireroad with the potential to take a dive off a steep drop. I would do it again for sure as it is pretty close and scenic. if you need more specific directions, let me know. 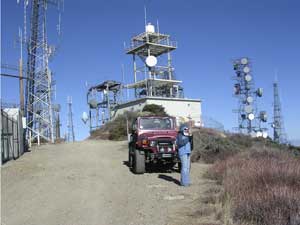 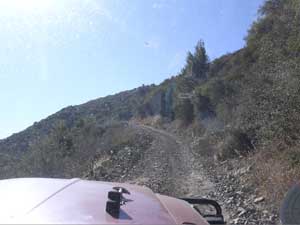 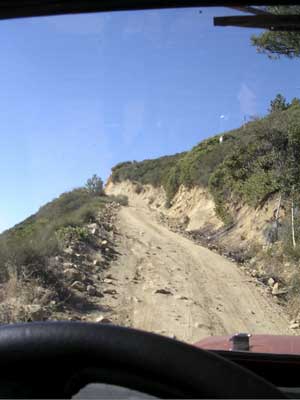 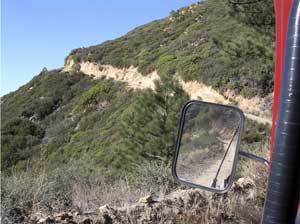 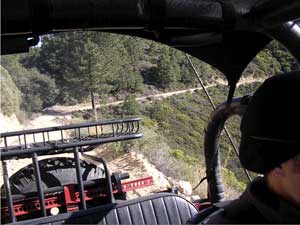 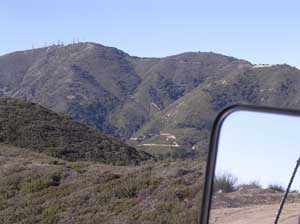 
fixed now.... but yes, this can happen when the server holding the images goes down - perils of the interweb but I guess that never happens to you and all your image posts... from the chat area


Brentbba said:
Agreed - also - what steep sections? I've run that a couple of times. Moderate, Not. You can drive that entire section in a Civic.
Click to expand...


as I said, "The book we use rates it as "moderate"" - for which I said was likely pretty fair given the steep sections, which, no matter how many times you have claim to run it, do exist. it is more in reference to the drops off the side of the trial which are hundreds of feet of tumbling which = steep. I also say "still be safe for the kids/family " - which shows it is by no mans, some mean badass run. also, not sure which "section" you are bagging on? The way up from the 15 could be driven in a civic (if you do not value your transmission, muffler, oil pan), hell, the way up from Ortega could as well.... but you can also hunt lions with a .22 caliber if you want...
Last edited: Jan 3, 2007
SoCal FJ - 1974 FJ40 | Trail Photos | Parts Wanted & 4Sale
My FJ is better than your honor student

haha, brent got kicked in the nuts

From the westside: take the 74 (Ortega Canyon exit #82) east. pass the firestation on your left where you would normally go for some good 'steep' mountain biking. drive past the fire station up the canyon just over 3 miles and turn left at Upper San Juan Campground. go north on paved long canyon road and stay right at about 1.5 miles on fs 6s05. go past blue jay campground and turn a sharp left through a white gate at about 3.5 miles in and away you go. if you stay to the left when you come to fs 5s01 (indian truck trail) you will be on your way up the hill as you will be on the trial already for 7-8 miles at that point. it is hard to get lost as there is only 1 way up along that ridge and you know when you are on it.... enjoy
SoCal FJ - 1974 FJ40 | Trail Photos | Parts Wanted & 4Sale
My FJ is better than your honor student

FirstToy said:
haha, brent got kicked in the nuts


Not - it's a dirt road that would take a drunk to drive off.

After seeing your post I decided to take a trek up to Santiago Peak. I now have 2004 4Runner but miss my 1973 FJ-40. The 4wheel drive 4Runner had no problem and I might have been able to do it in 2wd. The whole trip was a lot of fun and a great day trip. We had three vehicles to include a Ford F-150 and Jeep Wrangler. Our route was through the town of Silverado then directly onto the trail heading South to Santiago Peak. After Santiago Peak we continued south to Ortega Hwy. Don't forget to get a day pass for $5 because it is a National Forrest. The trip off road was about 3-4 hours with a stop for lunch and stop to change a flat tire. The trip was a blast and I highly recommend it. The view at the top was amazing and provided some great pictures. The route is not too tough but there are some areas just off the trail if you want to challenge yourself. There were very few vehicles(4-5) and only about 10 motorbikes the entire day. Thanks for posting the trip and sparking the idea to drive it. Anybody now of any other semi easy day trips in SoCal? 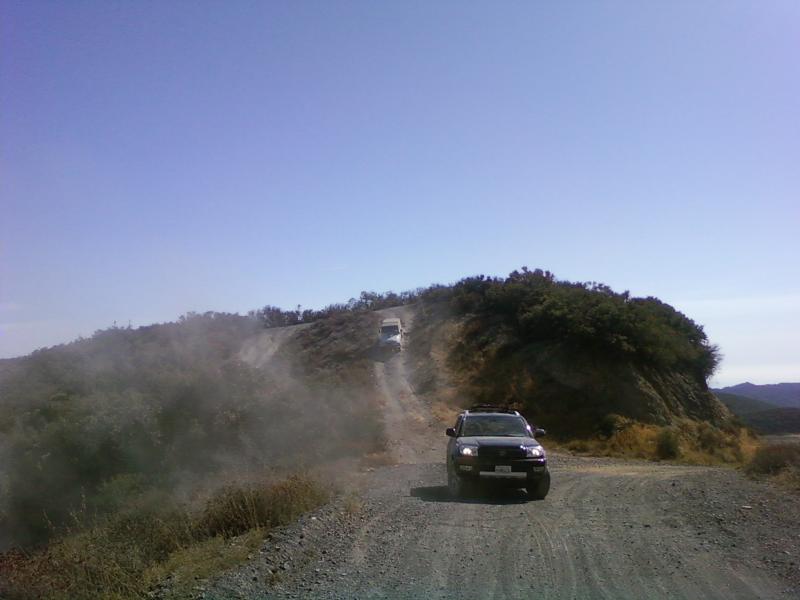 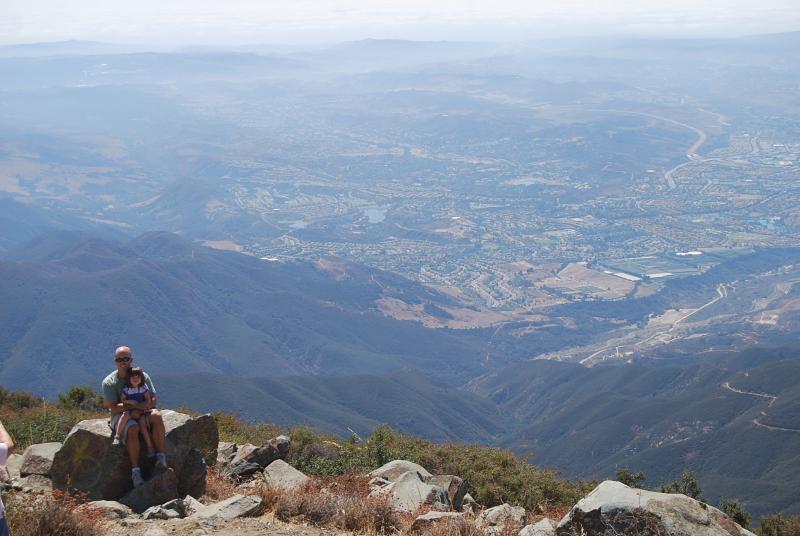 TAT West to East From LA

Photos From a Road Trip in New Zealand, Enjoy

Rendezvous in the Ozarks 2022

?looking in all the wrong places....steamboat foliage LC event?