I'm sure like many of you here, my fasination with Landcruisers began at an early age. From the time I was about 12 or 13 years old, I began looking at various offroad vehicles on the internet, magazines, t.v. etc. My interest was fueled by a friend of mine who had an old Heep Commando. He and his older brother worked at rebuilding that thing, but it was pretty much a lost cause.

I grew up under the hood of a car, holding the flashlight for my dad... the job relegated to the youngest in the family. Yet all that time finally paid off. After about 2 years of searching classified ads and local newspapers I finally found my match. As I was driving home from school one wintry day, I happened to see some old post-office heeps parked in the back corner of a used car lot. However, one of the vehicles caught my eye. The oval headlight bezel stood out, I knew I had found her. I quickly pulled a u-turn and headed back to the lot. There I discovered a true fixer-upper. I talked briefly with the salesman and told him I would be back later that night with my father. So, at about 7:00 that night, my dad and I came back to look at the cruiser. She was in a sorry looking state, but I had big dreams and knew she was the one. Our fun began when we tried to start the engine. It took the three of us just to get the tired 2F to turn over. My dad worked on the carb while the salesman cranked the engine, as I poured gas straight from a gas can down into the carb. Finally, after several long minutes, with a sputter a lot of fuss, she turned over. We quickly discovered that the rings were shot, and the bluish oil smoke filled up nearly 2 city blocks... $1500 later, and an 8 mile tow truck ride home, she was mine. That was 5 years ago.

(Unfortunately I couldn't find any pictures of it during that time period, but it's safe to say it needed a lot of work.)

So began my adventures... The next 2 years my dad and I worked weekends, breaks, whenever we could, just trying to make her road (and eventually off-road) worthy.

Some things we've done
-Completely rebuilt the 2F (This cruiser is a '73 body on a '76 chassis, oddly, the dmv registered it as a '73, so can we say bye-bye smog parts?!)
-New clutch
-Rebuilt tranny and t-case
-New radiator
-New wiring harness and lots of electrical components that go along with that
-DUI HEI distributor (1/3 of my summer's salary)
-Rebuilt both axles, all new seals and bearings in the front knuckles, new wheel bearings all around, rebuilt carrier front and rear. All new u-joints
-Lock right locker in the rear
-Rebuilt carb (several times)
-New gas tank, fuel lines, and fuel pumps
-4 in. Rough Country lift (they weren’t kidding when they named it rough….) and 33 in. Pro-Comp X-terrains on 15 in. white wagon wheels
And way too much other stuff that slips my mind at the moment….

Things I still need to do
-Address some cancer issues creeping in where I hit a tree with my front right fender…
-Selectable lockers
-Beefier axles
-SOA and softer leaf springs
-Roll cage
-Fix the hard top (had some issues with the rear corners rusting out, got the replacement parts, just haven’t gotten around to it yet).
-And all the other things I can think up….

Now for some pictures to satisfy ya’lls bloodlust for .jpegs hahaha I'll start with older pictures and move forward....

The first is one of the olds pics i have of it, no fenders, just got done with the engine rebuild, just painted, never driven.

Second is the interior after putting in the new steering wheel, the stock one had fallen apart

Third is my dad putting in the first tank of gas... a glorious day after 2 years of long long long work. 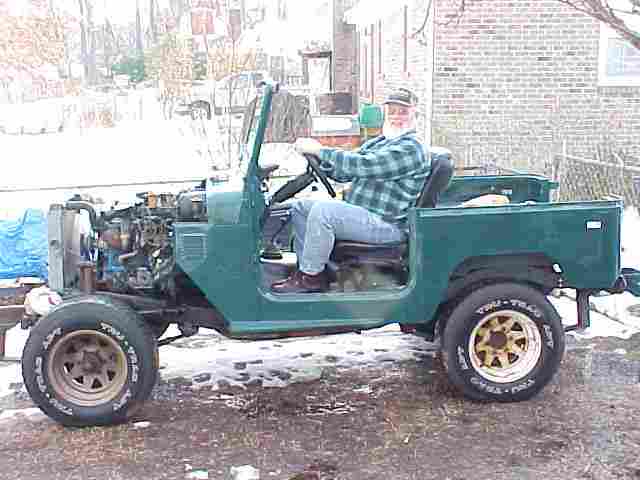 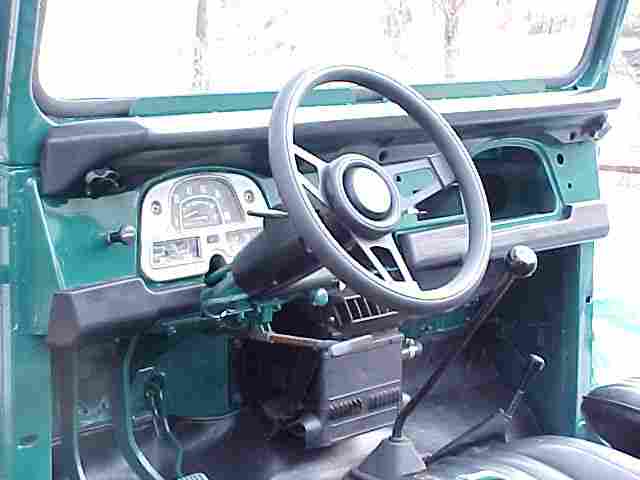 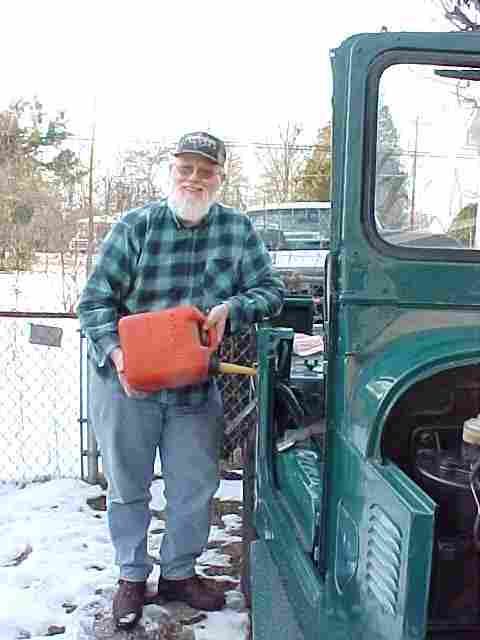 Santa!!!!!!!!!!
"Hallucinations are bad enough. But after awhile you learn to cope with things like seeing your dead grandmother crawling up your leg with a knife in her teeth. Most acid fanciers can handle this sort of thing. But nobody can handle that other trip-the possibility that any freak with $1.98 can walk into the Circus-Circus and suddenly appear in the sky over downtown Las Vegas twelve times the size of God, howling anything that comes into his head. No, this is not a good town for psychedelic drugs."

Mudding for the first time... 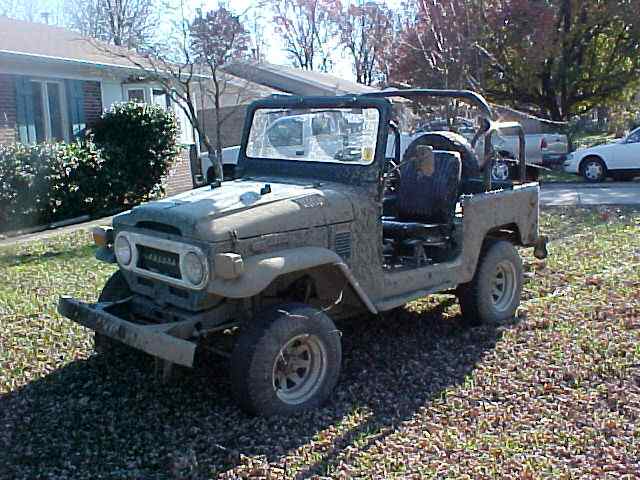 hope santa brings me some gas this year.

i also grew up holding the light for my dad or running around gathering tools he needed, good times

Hah, yea, he did look like santa... shaved the beard a few years ago tho... sadness

Putting the lift on 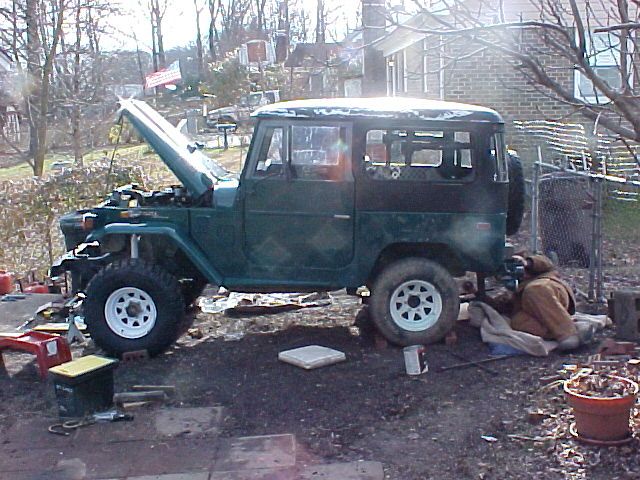 Interior modifications..... The stupid OEM replacements for those pull thingy jiggers are expensive as crap... fishing lures are free. 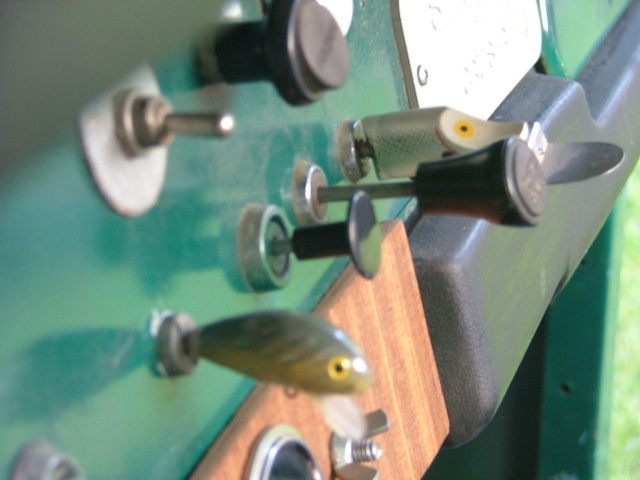 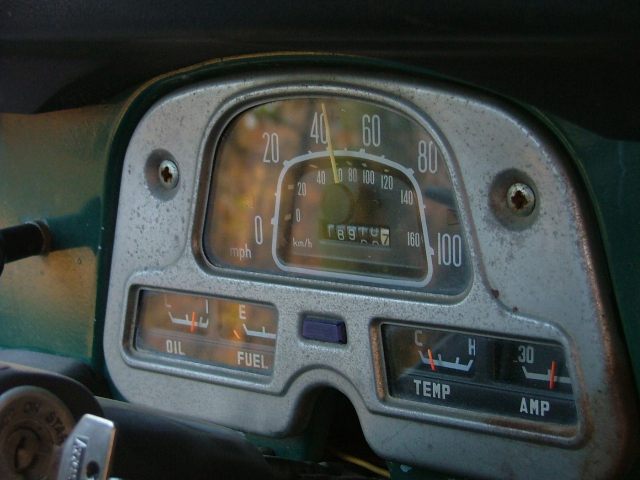 Ok, so I ran out of room in my attachments and tried to delete the ones i had previously attached, and as i feared, all my pictures went with em.. great
73 FJ40 2F, 4spd, Lockrite rear, 33's, 4 in. Rough Country, ROTW 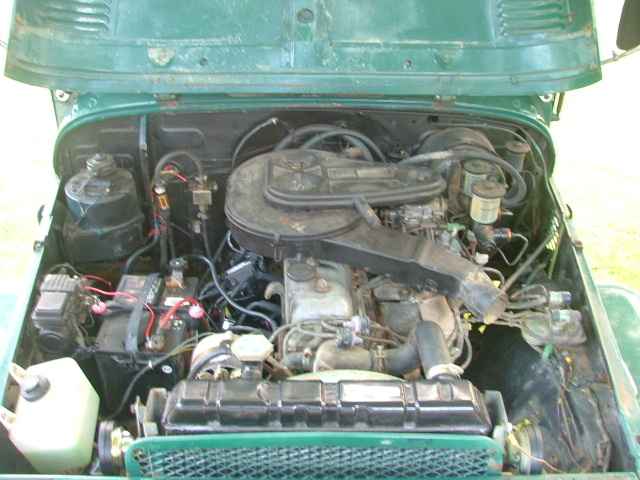 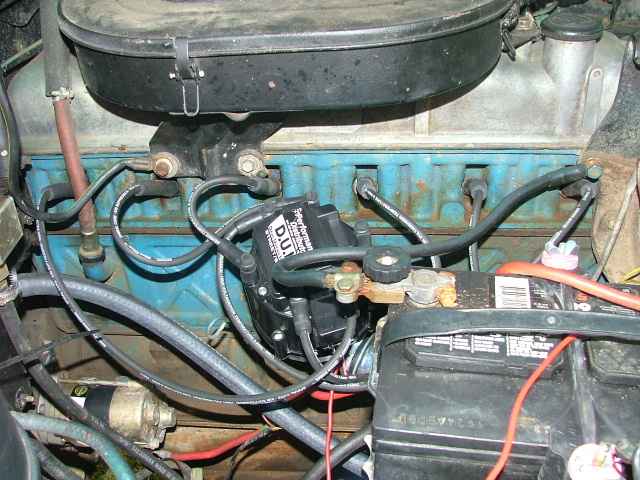 very, nice rig!! have you noticed any change in performance with the D.U.I distributor? 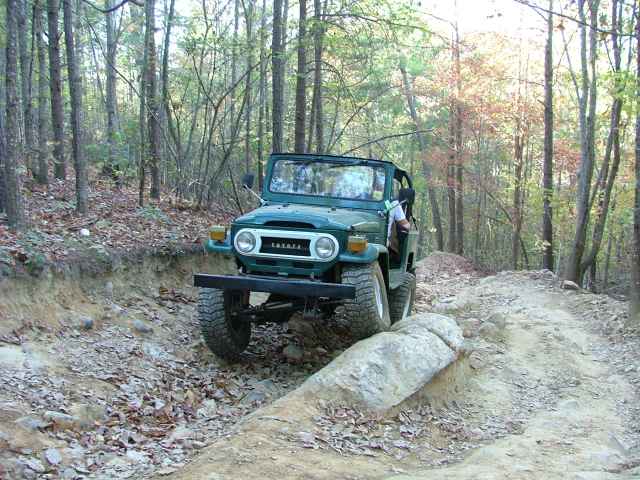 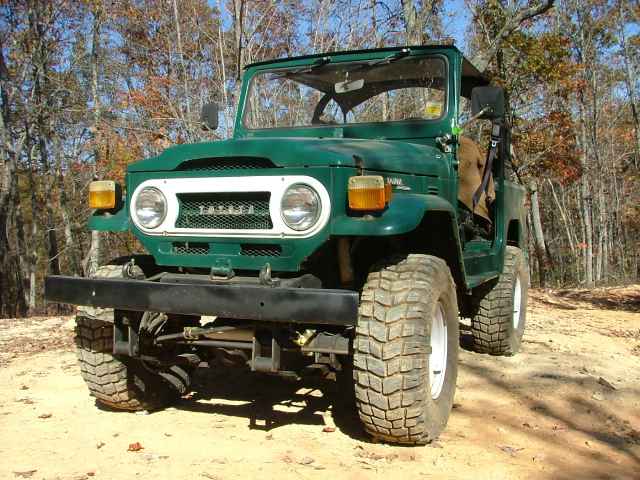 The long road ahead of us as we continue to putter on this piece of history whenever money and time allows... 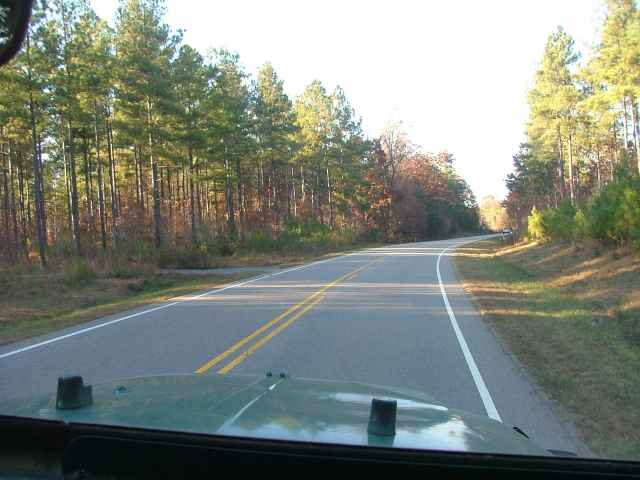 Max, that DUI has made all the difference in the world performance wise... It used to lag out real bad on hills, now it takes em like, you even have to watch your speed sometimes... haha. But I guess for nearly $400 it better work.
73 FJ40 2F, 4spd, Lockrite rear, 33's, 4 in. Rough Country, ROTW

Those knobs are GREAT! Good idea. I lost my heater knob and I'm gonna slice my hulla popper and stick his ass on there and be done with it!

Horsehead said:
Ok, so I ran out of room in my attachments and tried to delete the ones i had previously attached, and as i feared, all my pictures went with em.. great
Click to expand...

First off, Horsehead . . . thank you for finally relieving me on the ROTW.

Second, great write-up and history about your rig.

I want a playstation 3, new arb lockers front and rear. I've been a good boy! And some new tires.

All kidding aside. Nice ride. Love the lures! Very original. There is just something magical about the 76's that I just cannot put my finger on it. Did you rebuild the egine yourself?
[sigpic]5964[/sigpic]​
New F and 2F carbs and distributors​
New THC OEM Style Soft Tops
Now taking orders!​
The Great Cruiser Part Links Thread​
RIP Andrew Farmer, Charles​

Trollhole- My dad and I rebuilt the engine in our garage, and he's the one with all the smarts, I just did the grunt work, but it was a learning process for both of us. My grandpa used to own a used car lot and every so often he would bring home a car for my dad and say "here, this needs a valve job" and my dad would have to go get out a haynes manual and figure out how to do a valve job... So, he's got quite a lot of know-how when it comes to cars.

This past year has been filled with landcruiser "fun" if you can call it that. Last September, driving back from a friend's house, the alternator went out. No biggie, got a buddy to tow me to a friend's house where i left it overnight on a battery charger. The next day i drove it home, got a new alternator, spent 20 minutes putting it in, and i was on my way again. However, seven miles down the road, the clutch went out. Tow truck brought me home and there it sat for the next 3 months or so (it's hard to change a clutch out when you go to school 3 hours away from home and it's hard to get back on a regular basis). But, I eventually got the new clutch in... But my problems weren't over. Took her out for a little test drive and the fuel system completely vapor-locked on me. So, I managed to limp it home. Ran all new fuel lines and put in a secondary fuel pump to help things out a little. Is it over yet??? Oh no, not yet... BACKING out of the driveway, I hear a loud bang and some odd grinding... front differential was gone. so, pulled it right back into the back yard. the next couple months involved installing all new seals, bearings, etc. etc. etc. into the front and rear axles... FINALLY, nearly a year later, she's back on the road and running strong. These things are a labor of love sometimes, I swear. haha.. but she's good to me and I wouldn't trade her for the world.
73 FJ40 2F, 4spd, Lockrite rear, 33's, 4 in. Rough Country, ROTW

Why don't you come down to URE this weekend. Just because you have an exam doesn't mean you cannot come out for a little fun. Especially since we have both the north and south carolina clubs comming. It's going to be fun.
[sigpic]5964[/sigpic]​
New F and 2F carbs and distributors​
New THC OEM Style Soft Tops
Now taking orders!​
The Great Cruiser Part Links Thread​
RIP Andrew Farmer, Charles​
You must log in or register to reply here.