Hi folks hope the first day of the new year is good for you and you are safe and healthy.
I am posting this mostly due to I am at my end with the after market replacement door latches that are being sold for the FJ40/45 and such. Brief reason - I am on the secound set of aftermarket latches for my FJ45 that at the beginning of 2020 were I replace the originals due to the old door rattle problem no matter how much you adjusted the latch. Not more than 3 month later one latch failed internally. Will not name the dealer but a big name in the after market parts would found in TX.
Anyway bought a new set number two, drivers door failed, yep made in Twain. Seems as no one can match the original ones that were made in Japan and well made. Anyone know of a better maker?
To get to my point I am looking at maybe trying to fix or modify my old latches as the only real area on both that are in need of repair (other than a good cleaning) is the area around the striker pin found in the center (see photo).
Have any of you folks ever tried to maybe press in some kind of bushing around the worn out area on the originals? This most always seems to be the main area that wears and causes the doors to rattle.
I will say I have in the past have had many FJ40 door latches that were original and I do know how to adjust a door so that is not the issue. When comparing aftermarket to original the originals are well built other than the pin area but the latches are 41 years old.
I do have a friend i that is a machinist that maybe able to some way remove the damaged area around the pin and insert a brass or steel bushing.
Any constructive input is welcome. 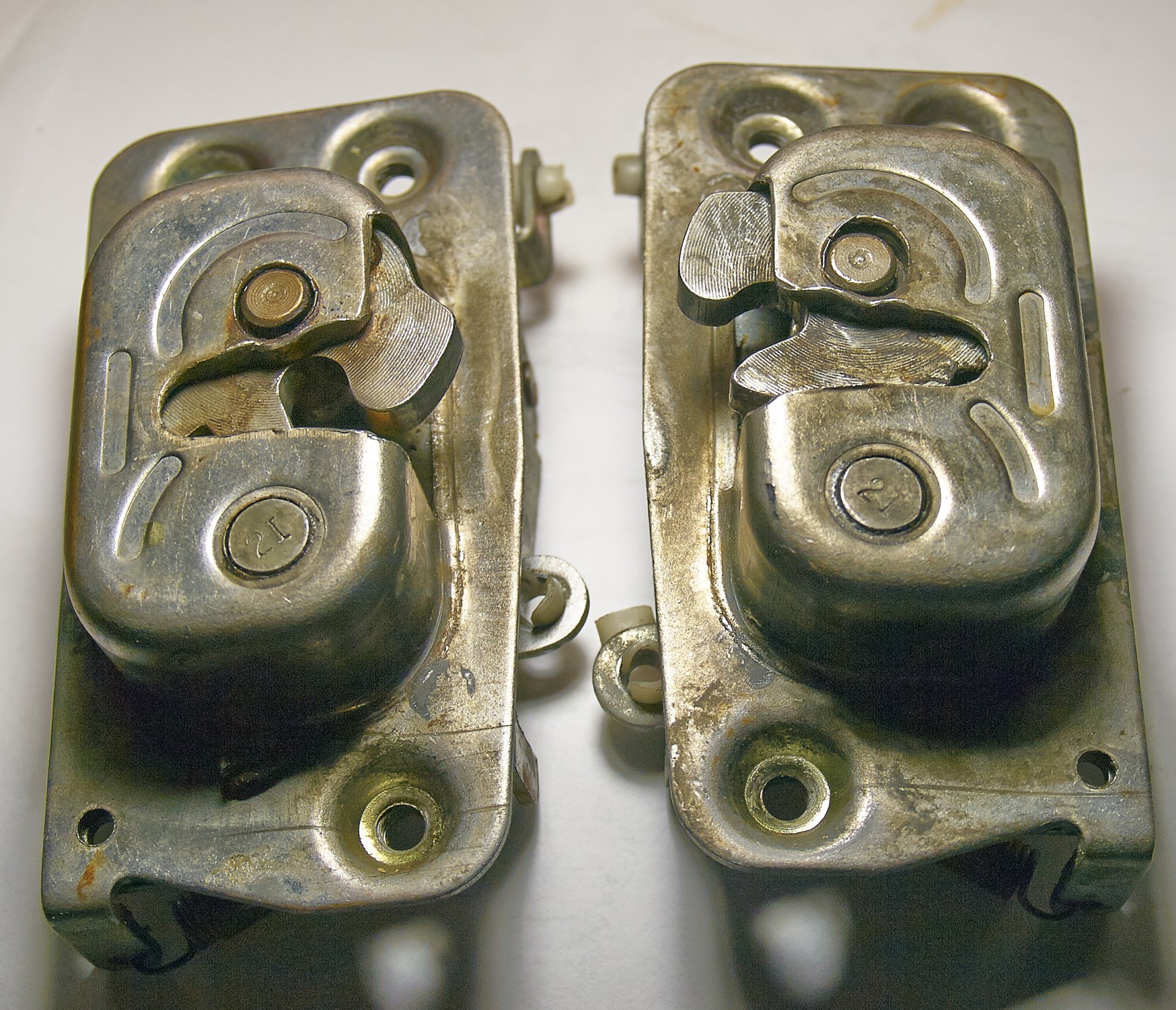 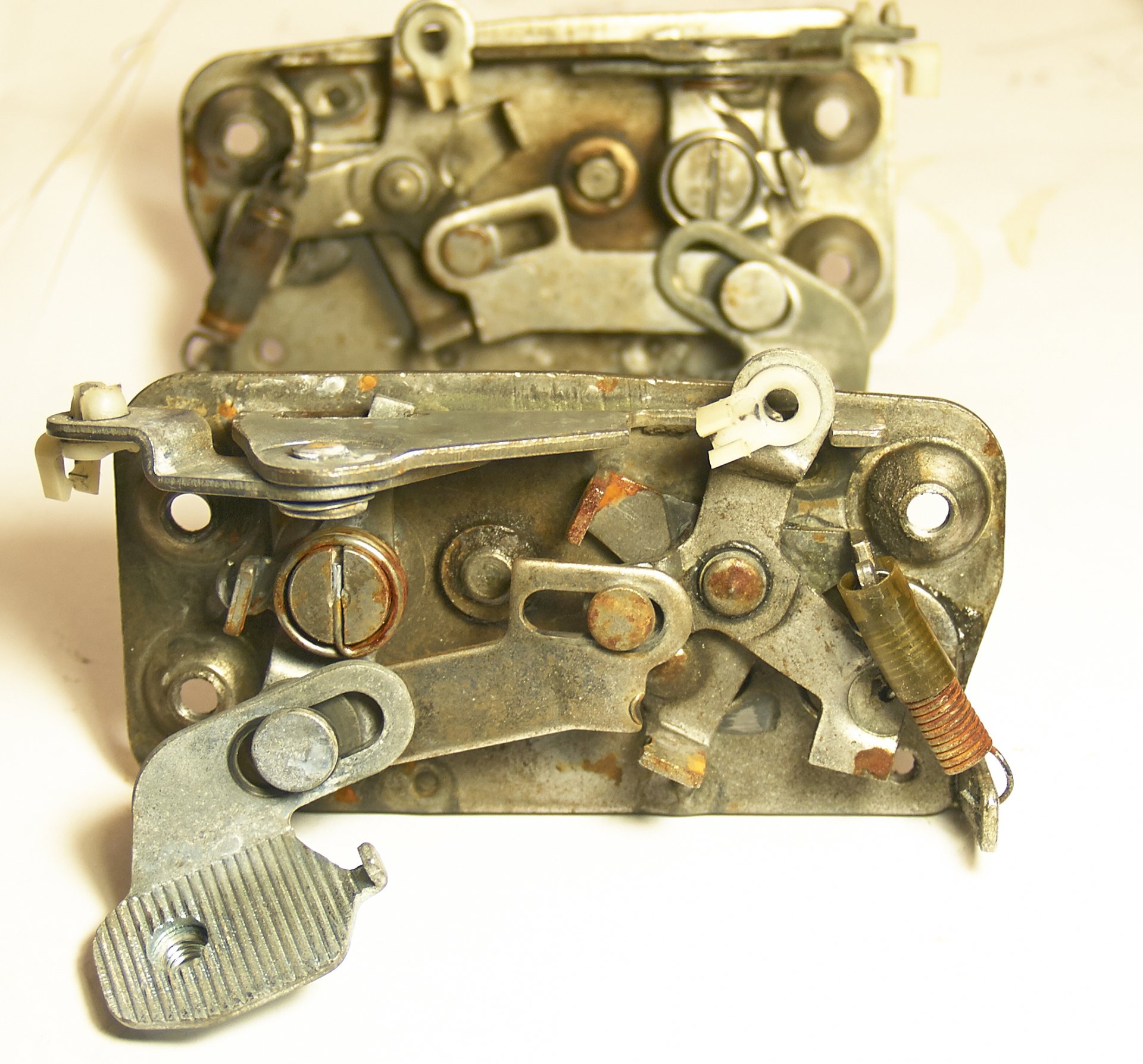 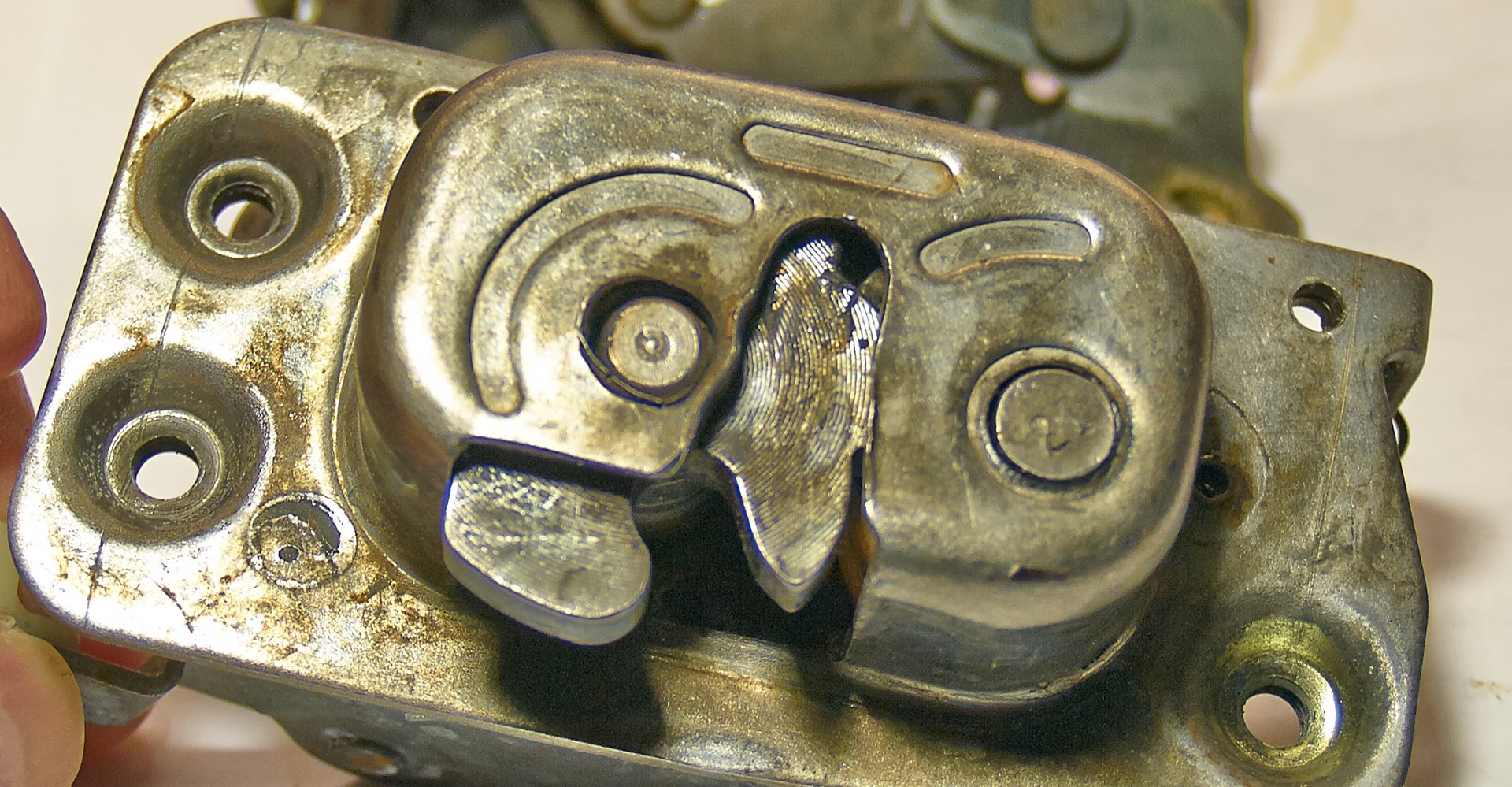 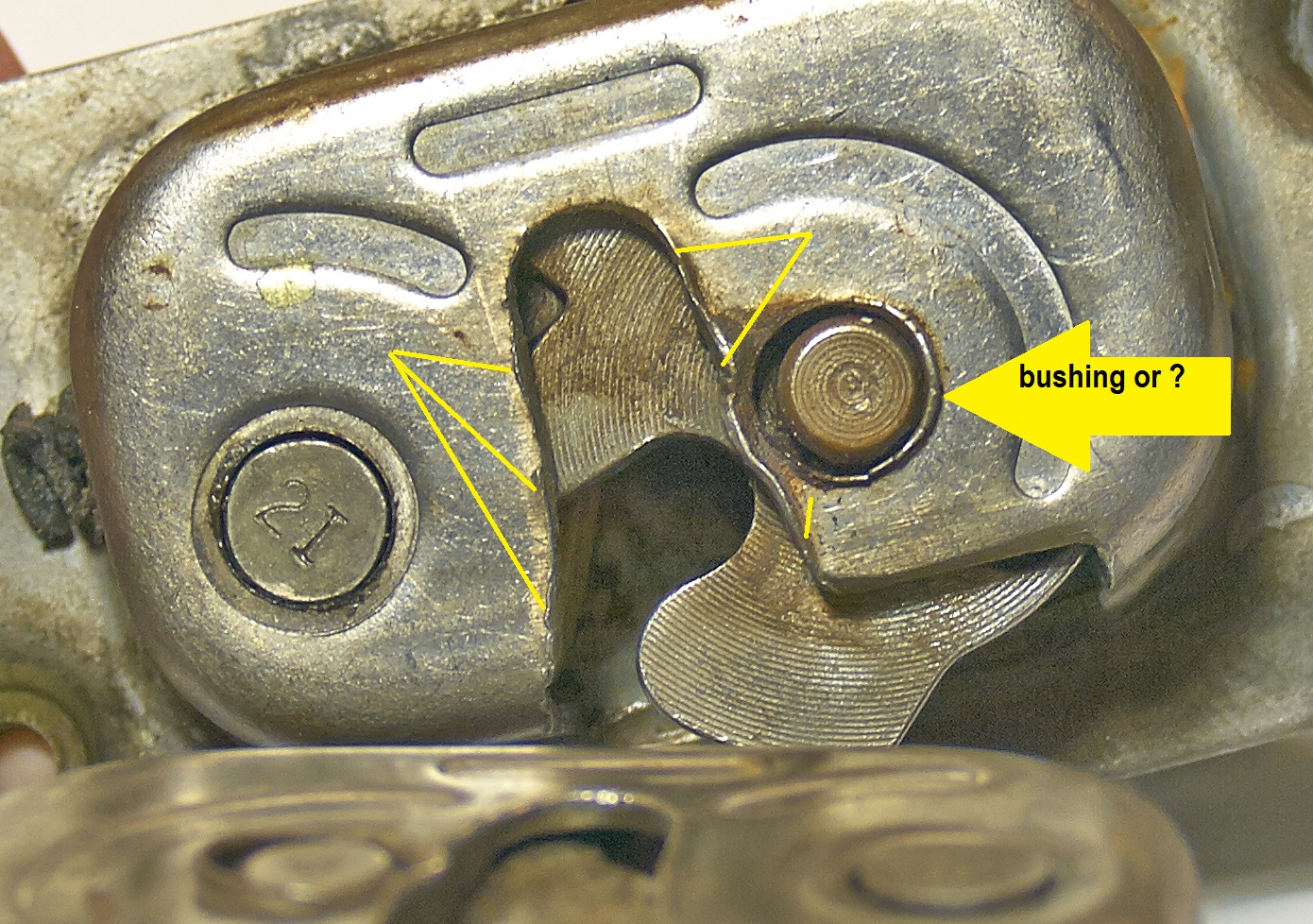 Is this the right door on you FJ45? I show a part change 10/82 and the only one not available in the US is the 10/82+ left side. Even that could possibly be source from another market. I would go OEM. Not cheap, but that is the route I would go.

Yeah pretty sure my after market are the same as best as I can tell. Not all AM products relate to OEM part numbers in their sales. I did sit down and compare them with the originals but who knows what changed inside the latch.
82 FJ45, I believe if I can find the correct bushing I maybe able to tack weld one in.
I looked and the orignal are around $250 each plus the shipping, 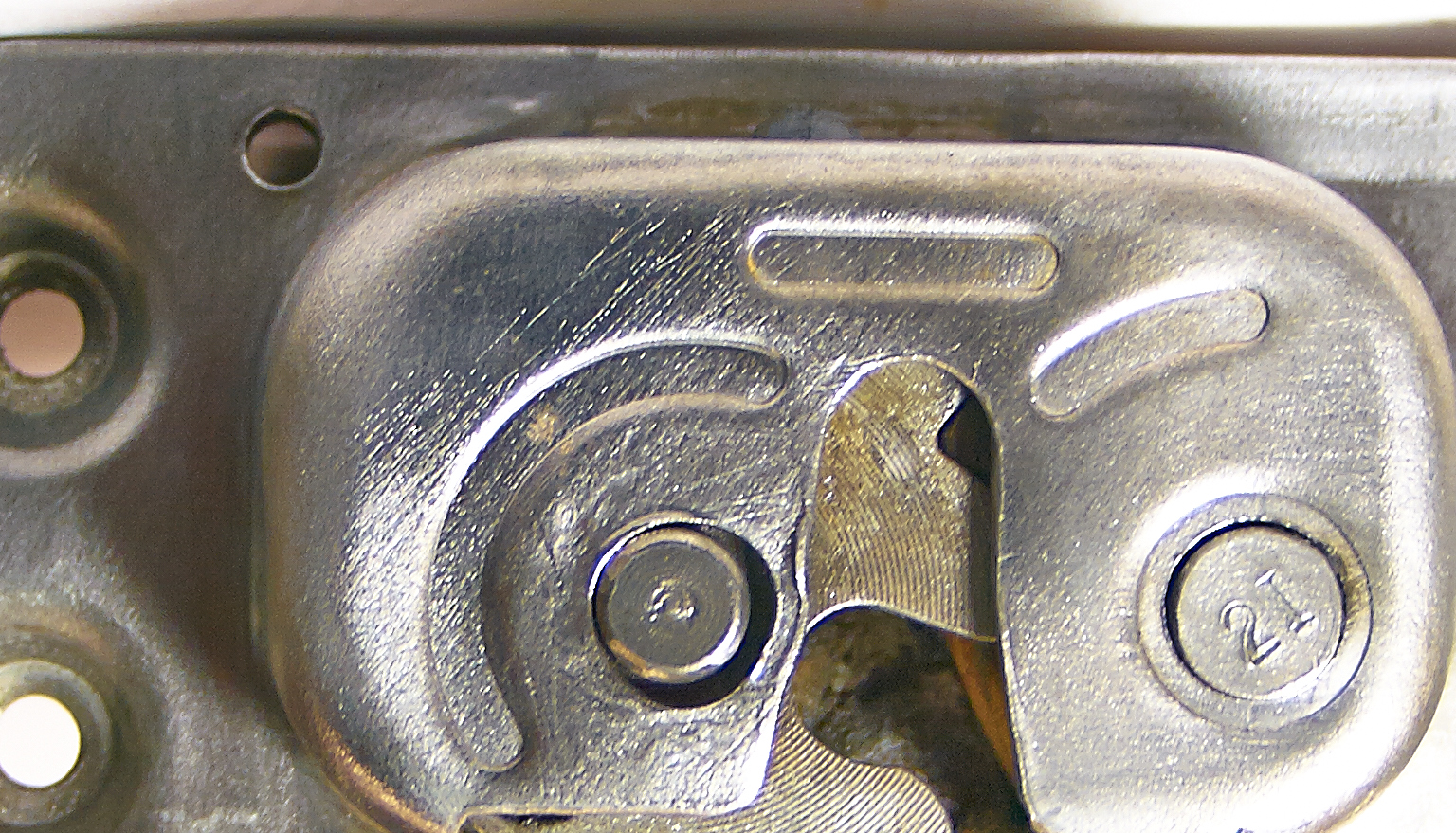 You may want to check a hardware store for some steel sleeve. You may get lucky and find one that fits and just tack weld it in place. I had to do some similar creative work on my spare tire latch.
3

our local Ace hardware has a big selection of bushings, you may be able to find something close
or find a good used one, as US passenger doors rarely get the same use that the driver side door gets

Are your hinge bushes flogged out? An aftermarket one may last longer if the hinge isnt allowing the lock to bounce on the latch.. Also check that the latch is not being struck right on the most forward part.. often it needs to be brought out a touch with a few washers. Sorry, doesnt answer your specific question, its just something to check if you do want to try an aftermarket one again.

Just as a side info....
Pre-covid I travelled to S.É.Asia a few times a year so did most my parts shopping there as plenty of old fj/bj/hj and parts are common.
Amongst the experts there was definite knowledge that the aftermarket stuff made in Taiwan was far superior to the made in China stuff.
Coincidentally I bought the same latch as you out there 12months ago...

I went Taiwan and no issue so far

The only real change in part numbers as I recall was the lock bracket was changed from a "T" style to a well looks as it had a cup cover on the side.
Well with some time on my hands I decided to go ahead and see if I can rebuild both latches. So today I drilled out the four spot welds with a drill bit two sizes bigger than the spot welds. With a slight tap along the edge the two parts came apart nicely only to reviled 41 years of hardened sludge and grease. After a clean up in Carb cleaner it looks as new as the day made.
I elected to just weld fill the hole in the case and then re-drill the shaft hole. The shaft end read 7.8mm so the hole will be a bit snug. The damaged shaft hole welded up nicely so now I will make a template of the two shaft ends (#21 and the other) so I can drill in the correct area. Due to honey dues I will finish it tomorrow and spot weld the half's back together and see how it all works out. 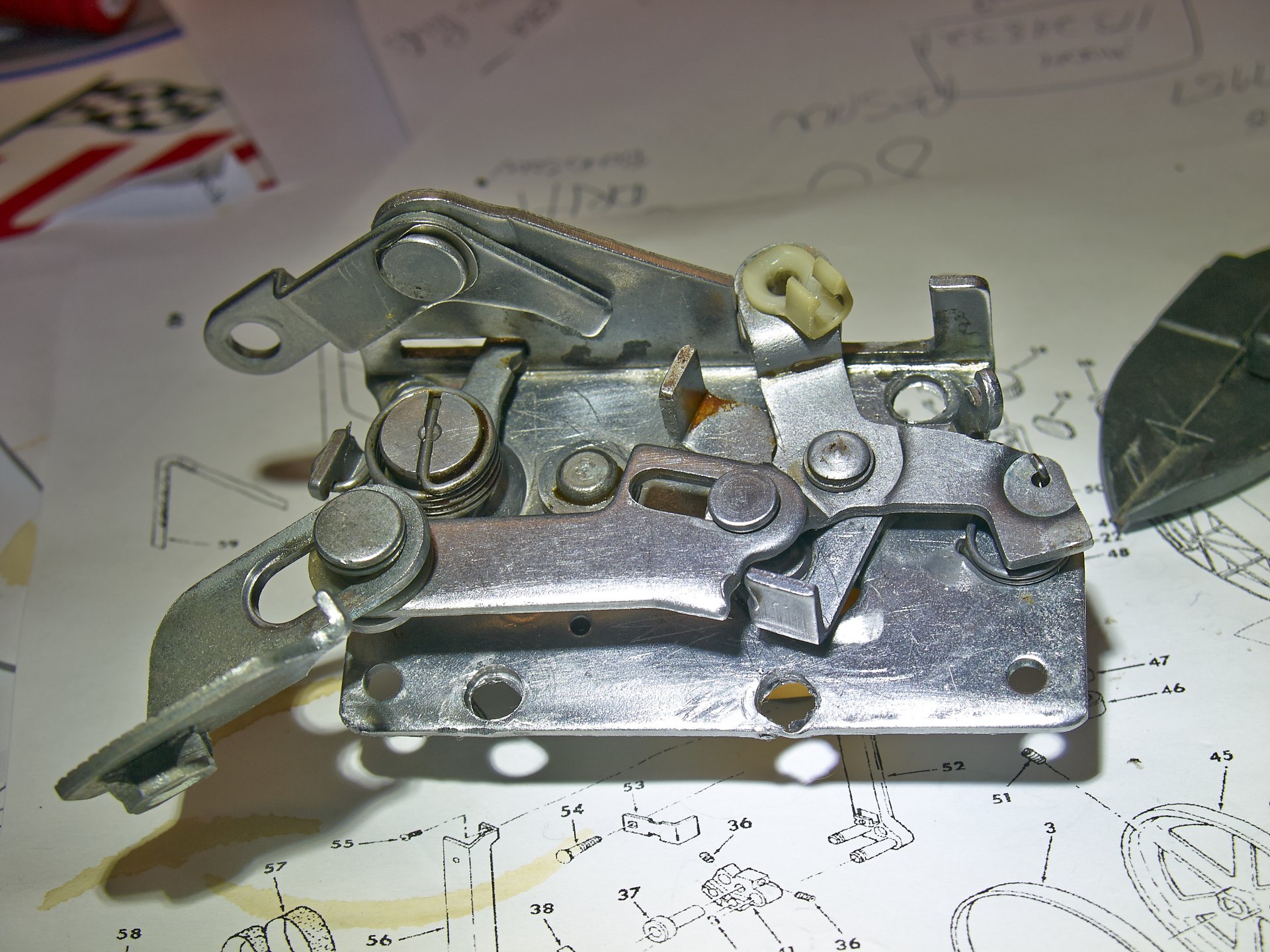 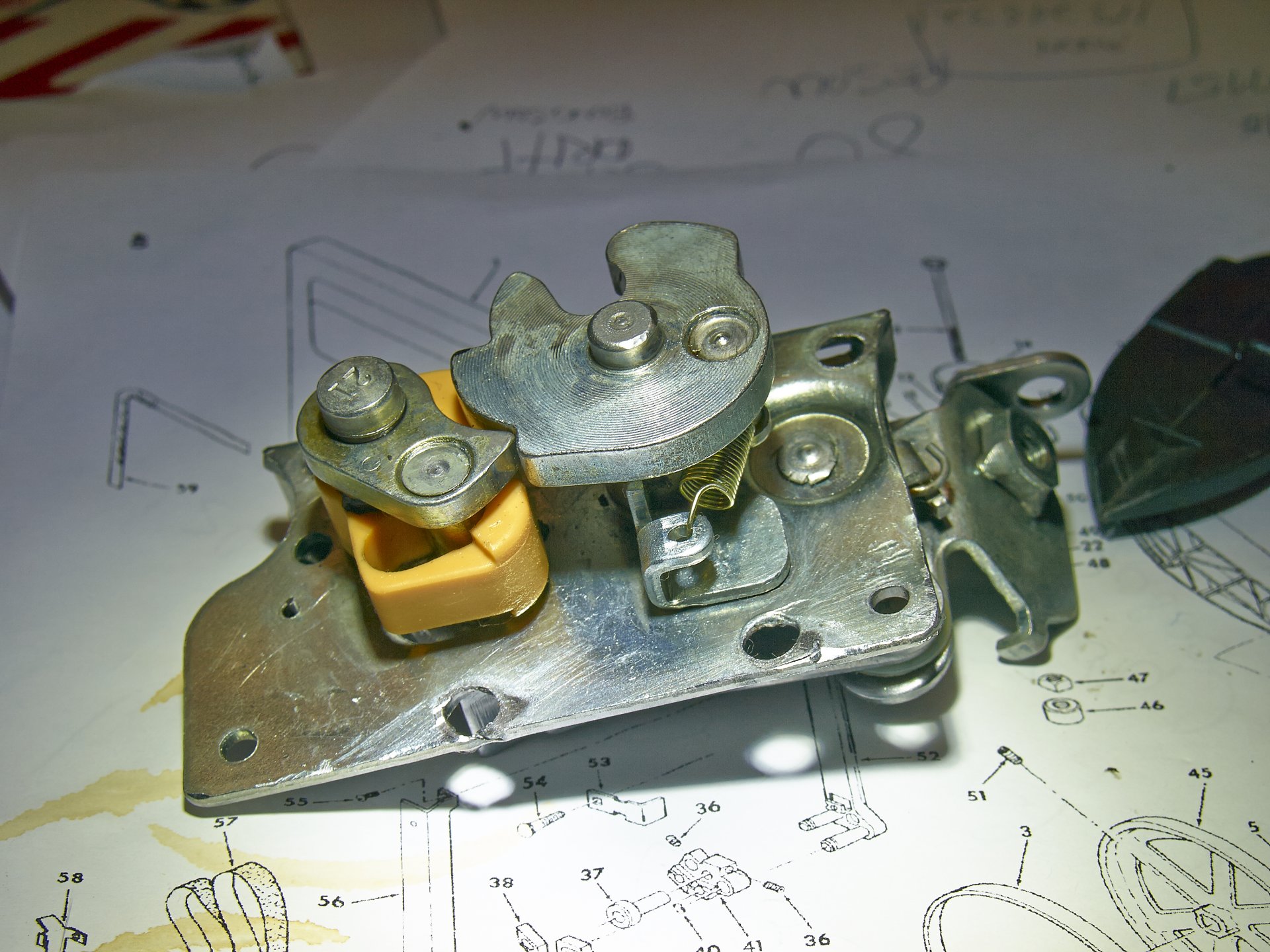 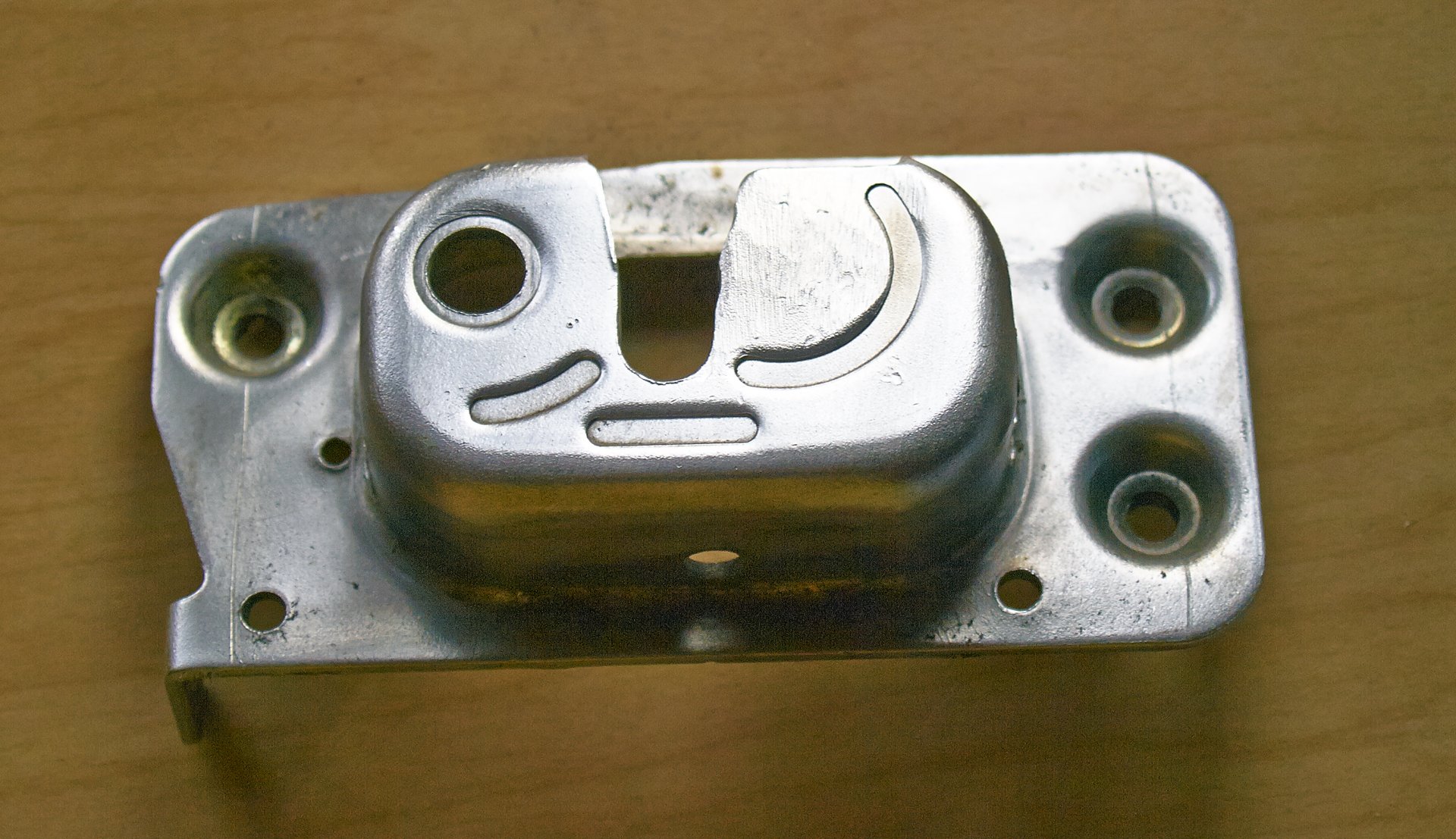 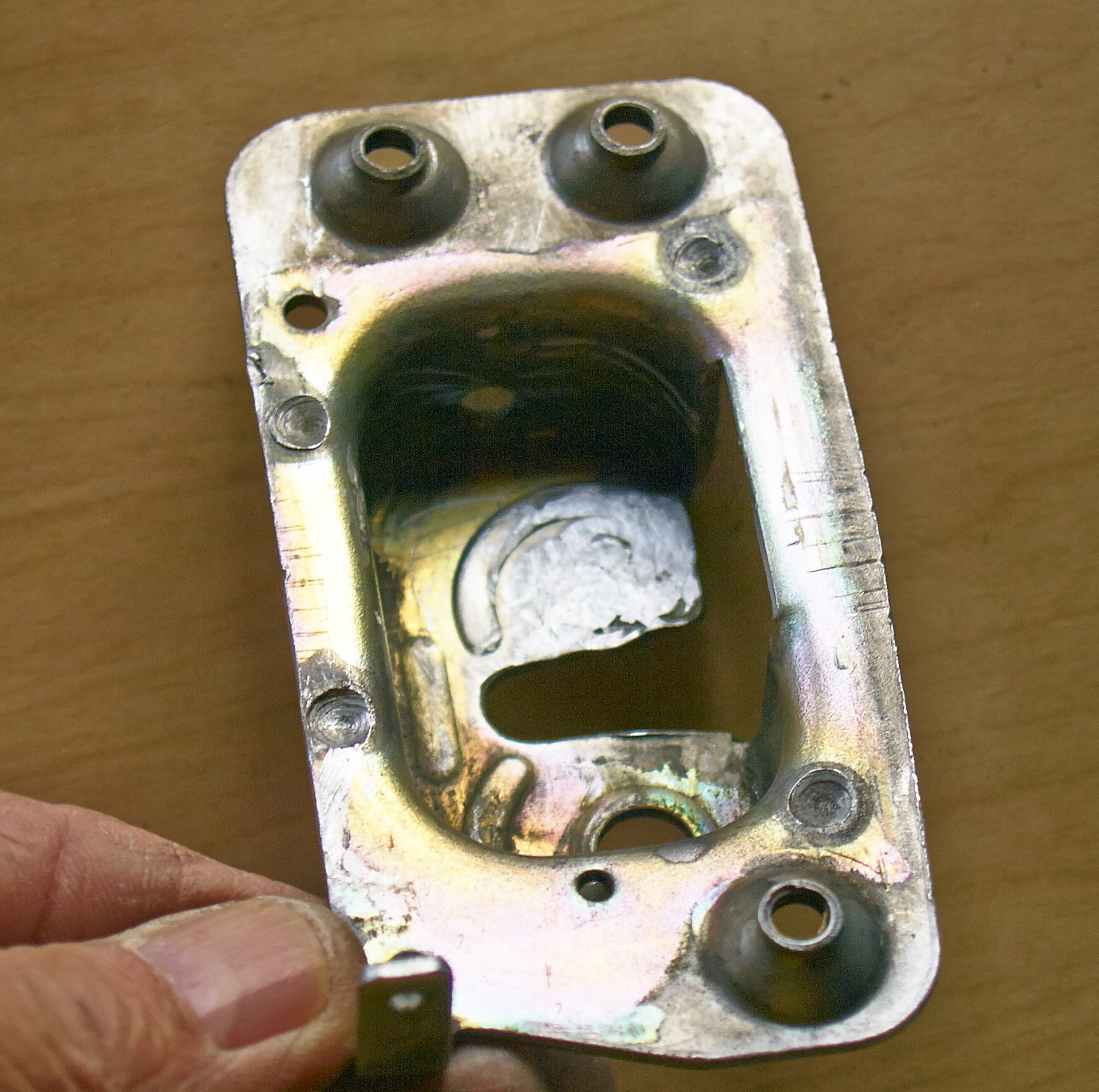 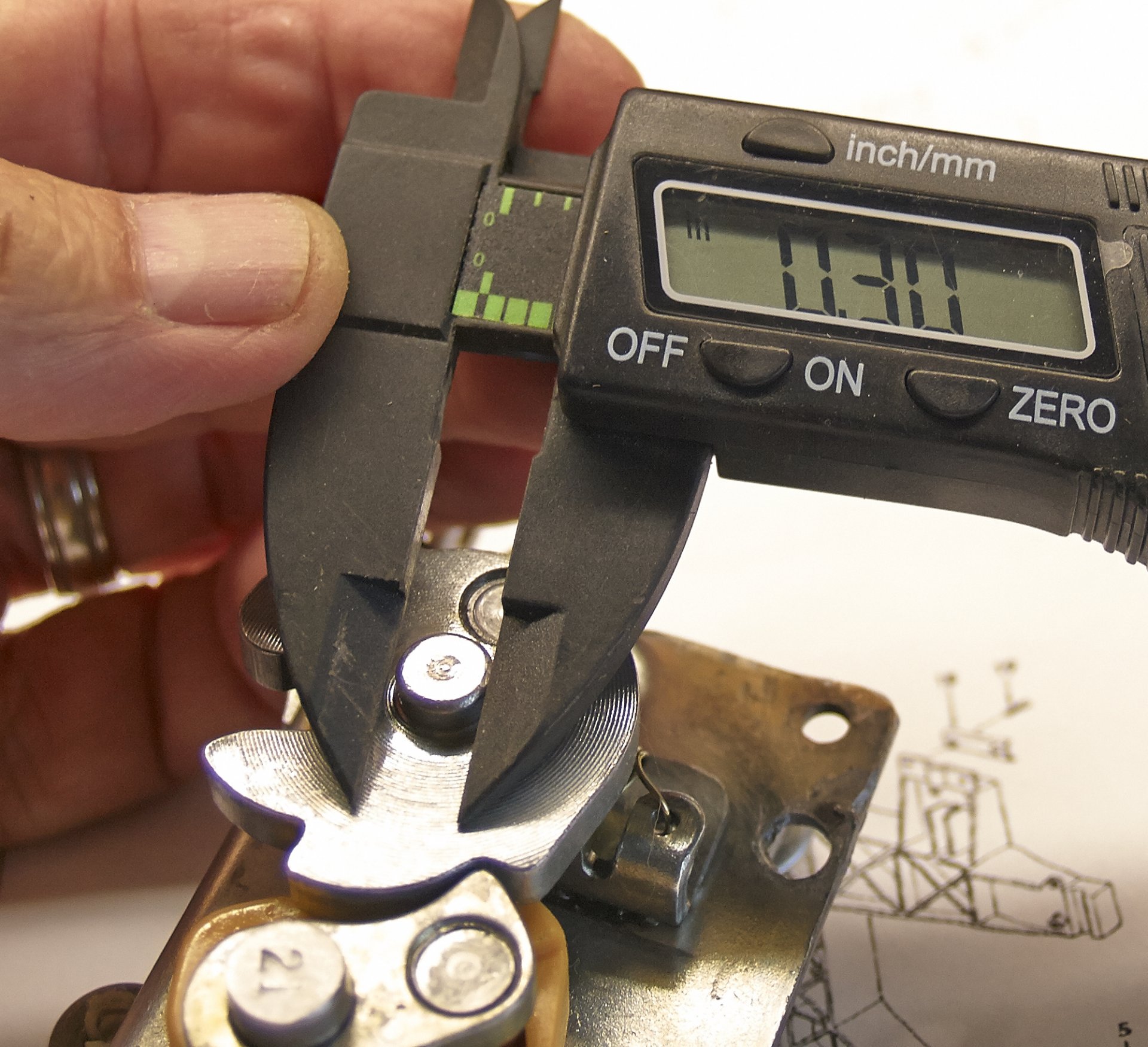 excellent! A welder is a wonderful tool. I couldnt survive without one.

The latch is completed and works like a charm. Finished with a little
clear spray lacquer to keep it from rusting, insides were coated with aircraft corrosion preventive spray,
SO it is possible to save the latch from the trash if its only the pin area worn and the door rattles as mine did.
most likely they will still be working for a another 41 year.
I wish I had done this before spending all that cash on the aftermarket latches, oh well we live and learn.
Hope this is a help to you folks with rattling doors its not that hard just a bit of time. 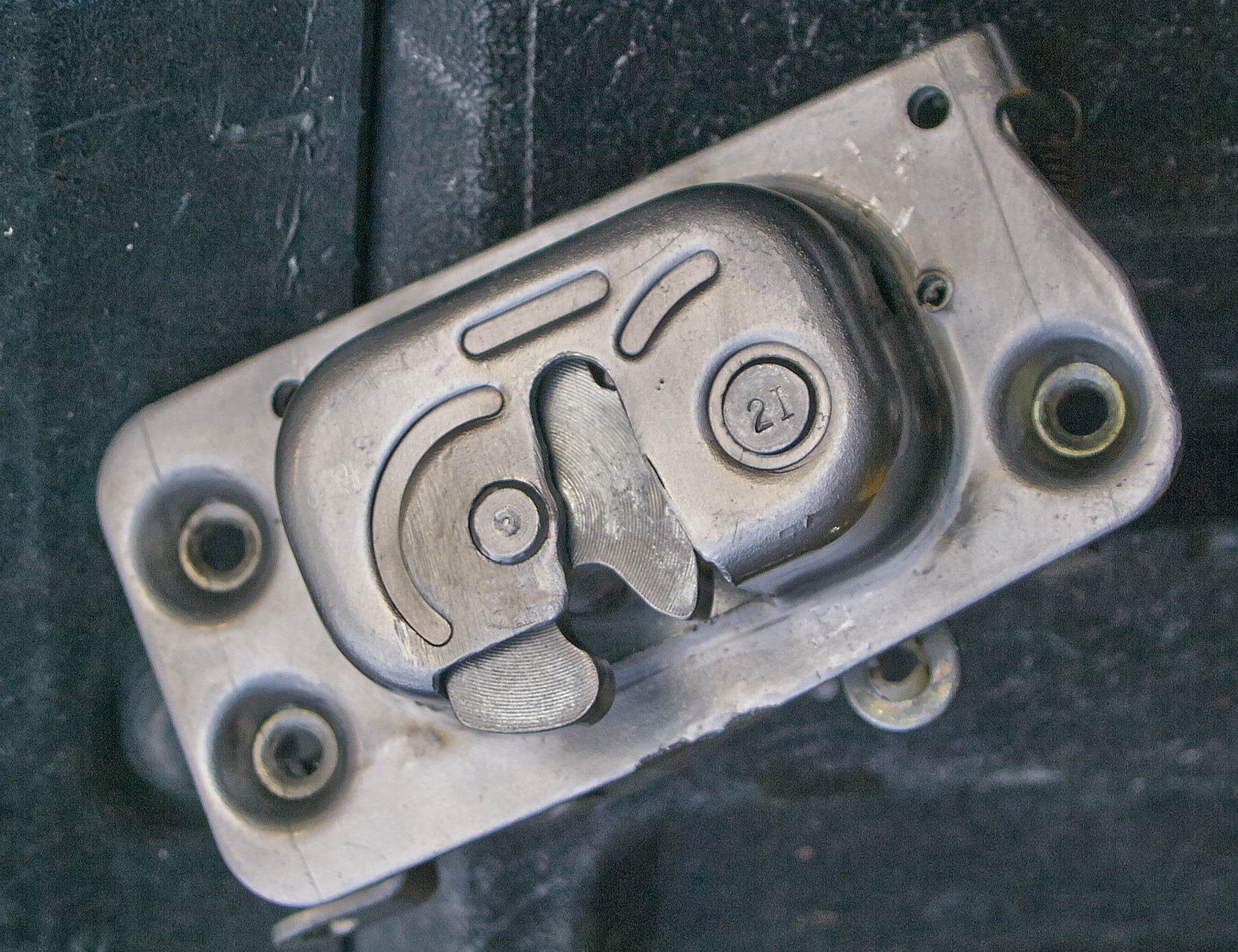 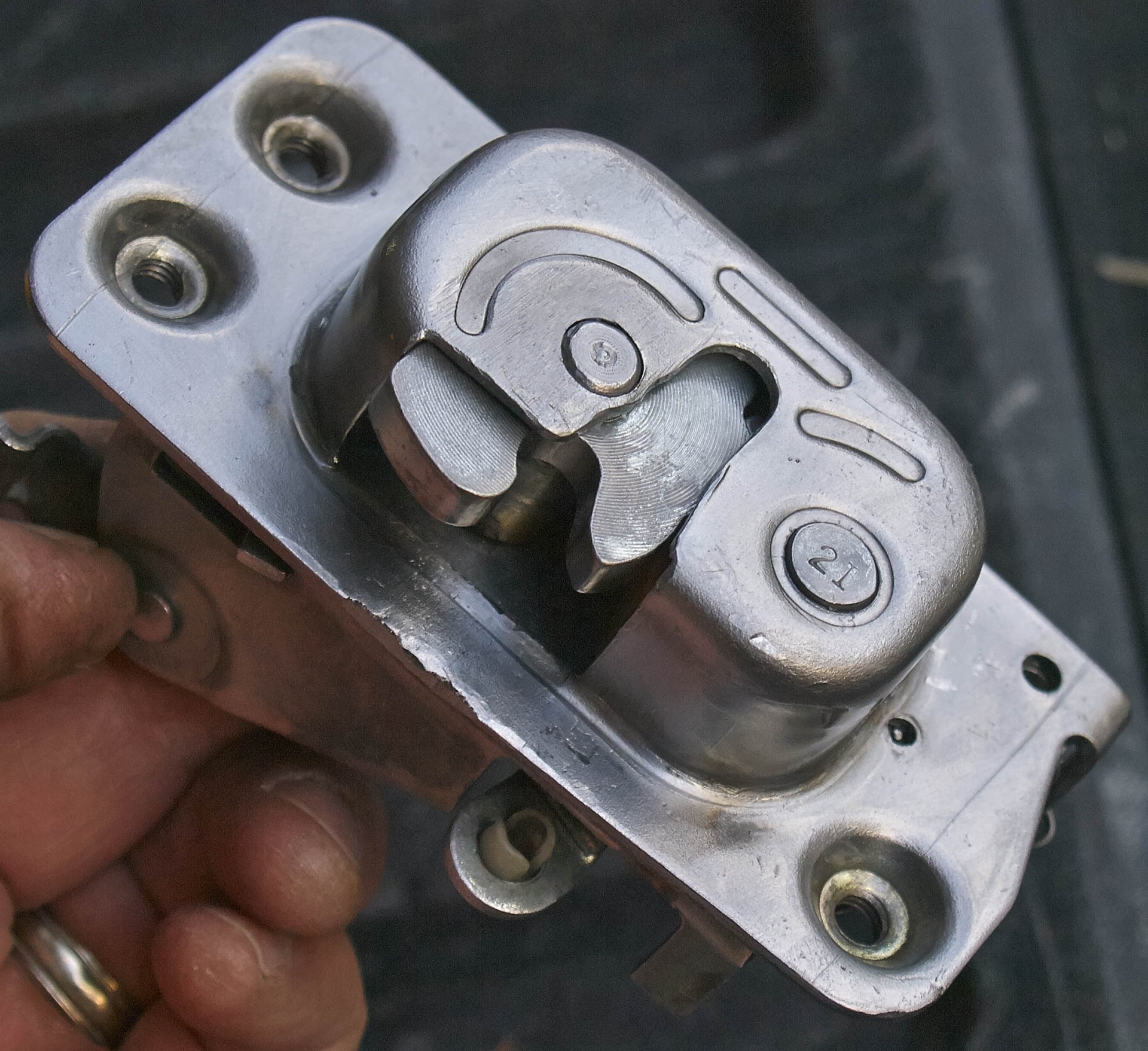