Has anyone installed Ben’s no cut rear bumper and had any problems? I am founding out that the crossmember needs to be in good shape. I’m not faulting anyone or throwing shade at Ben. If anything, and many of you know this, I could just be a total moron and can’t get all right. The previous owner of my trick jackknifed something which dented and probably twisted the crossmember. This has prevented an easy installation of the no cut bumper. I had no idea a jacked up crossmember would have this effect.
I have ground down and beat with a BFH to get the base bumper on. But it’s crooked, and I don’t have room to put the bottom two bolts on the hitch in. They hit the crossmember and won’t let the nuts get tight.
I’ll include some pics of how the bumper is sitting crooked and the two bolts I am talking about. The top down picture shows the right side (in the picture) of the bumper is pushed in enough to be crooked which is also making the hitch crooked. 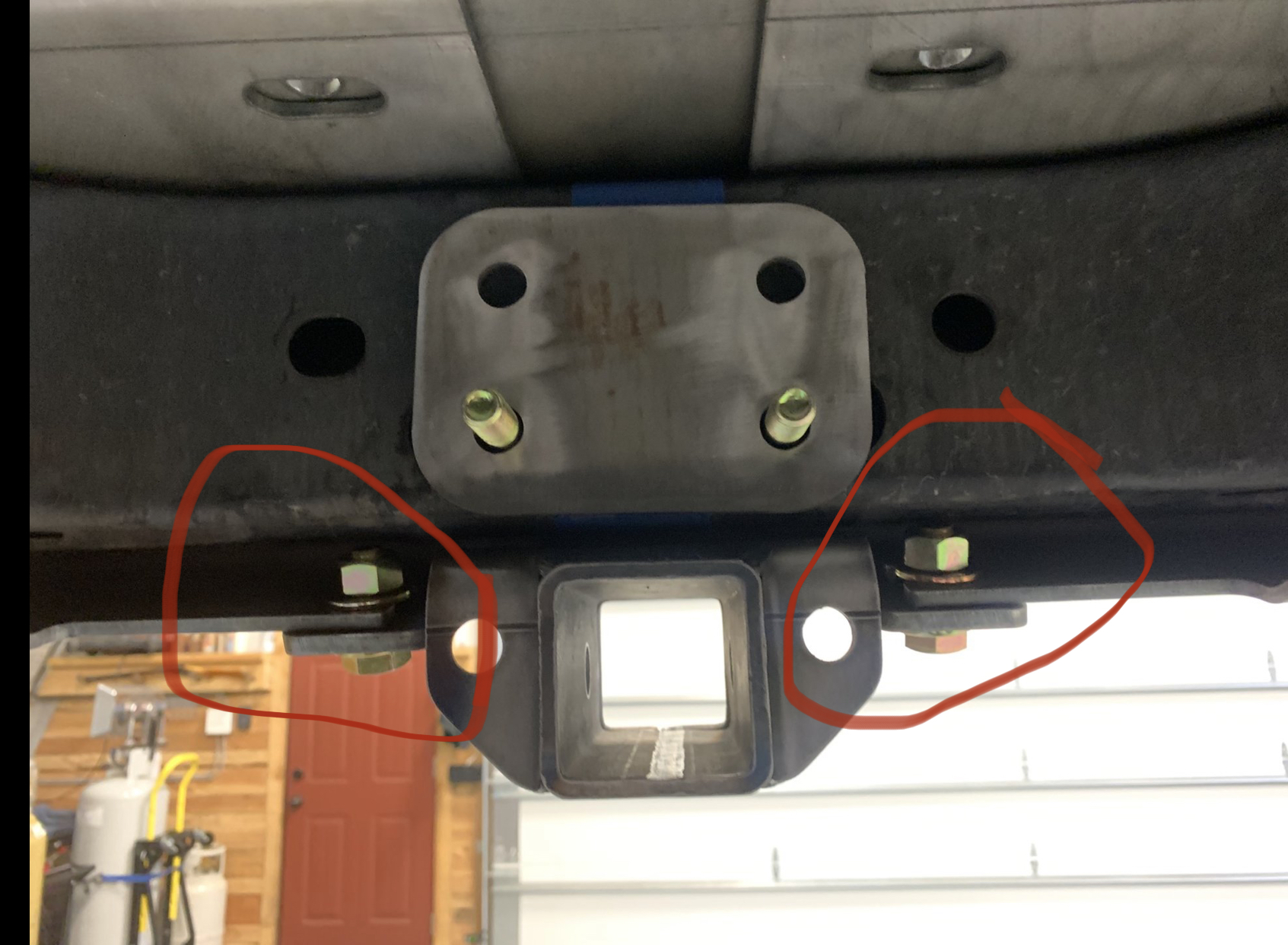 Flip the bolts so the head is in the space where the crossmember is and the threads are out the bottom.

Take the bumper off and correct the cross member.
My frame weld nuts were misaligned in the holes of the frame (common problem). No fault of the BIOR bumper. Bumper wasn’t going on until I corrected the truck.

those two bolts were too long for some:

Anybody know what this threaded hole is for in the spare tire assembly? I was thinking of putting my MMS CB antenna mount there. It's for the adjustment piece. Helps help the tire in place. Looks like a little pizza slice

Ben has shorter bolts for that very issue. Give him a call or email.

You could also run to Home Depot and grab a box of washers (1/2" I believe) and shim the head out until the bolt does not have excess thread sticking through.

or cut the excess thread. Not too difficult.
You must log in or register to reply here.