edited march 28 2022.
Currently there are no M9 terminals except in china, so I'm waiting on that order before I can make any more.
If I find an alternative way I will let you know.
thanks.

edited 11 Aug 2019 to include harness install and explanation pics.

The blank steering wheel button switch on the right side is 8425858010B0 for the black one.

The PDFs of the nav and non nav for every 2003-2007 LC are attached at the end of the next couple posts. If you have a 2003 I recommend looking behind the screen to see if you have 4 or 3 connectors.


Most of it is pretty self explanatory. There's basically the top computer, the plastic face with the security light, and clock and stuff. Those two bolt and clip together. That mounts to the double din fascia from wherever you choose to get one.

Then you have the heater panel sub assembly, that's the lower half of the plastic fascia, you have to get the knobs for it also. The button covers for the lower four buttons come from your own cars rear, defrost, etc.

Behind that, the board sub assembly, wire integration. That screws directly down with six or seven screws.
The AC amplifier assembly is just a PCB that slides into the heater housing, two screws to mount that down. There is a small harness that connects the two boards. (red wires) The heater board PCB has the two pigtails that connect to the side panel vents for hazzard, center lock and antenna on one side and the red seatbelt reminder in the pre JAN 2006 editions, FOr the post JAN 2006 there is also an airbag on/off yellow indicator. The sub assembly integration panel is different for those years, with 5 wires coming out to the vent panel, where previous years have 3 wires. Also a tiny three prong harness to connect the temp knob to the board. All that comes as complete packages, Nothing extra is needed except screws to mount the boards, and four screws for the heater housing, the black box to the back of the panel sub assembly.

Also I have the upper and lower harnesses plug and play versions with adapters for the M5 and A45 (or A47 on the LX 470) available.

THIS PIC IS ONLY GOOD IF YOU'RE HARDWIRING EVERYTHING.
if you have a harness set none of this is applicable, the harness sets make it so it's plug and play.

Connectors. Some other info here I found out. terminal repair, crimp pins

In the thread links above there are pics of a (i think) post jan 2006 production non nav.
that is what they will look like when your done. Minus 2 wires that are extra in the post jan 2006 LC, these are for airbag control ECU airbag on off checking.

THE C14 plug is the one behind that instrument panel third from the left, drivers side, second row (from left two right) #20 is at the top, #1 at the bottom. There are supposedly two junction boxes where these wires go to. I couldn't find the one behind the original nav screen. The other location is against the fender behind and to the right of the glove box. I found that (it's blue) and sky blue wires go in there, but the only thing coming out was the three assorted colored wires that are suppose to be there in nav cars. NO green/white and green/black.

there are two harness sets. One for the top section and one for the bottom (AC area)

The bottom is the shorter one with three open connectors.
The small mall connector c28 accepts the stock female C28.
the one with the shrink wrap is the other male connector that accepts the cars stock A45 connector, the 40 pin.
Then the bottom of that harness has the female A45 that plugs into the new AC amp you bought.
That is all for the bottom harness.

the top harness is the small M9 connector with the longer bare wires and another wire with a bare terminal coming out that is green. The M9 is the one that goes into your new security computer, the top one that shows mileage info and temp, etc.

The other end of that harness with the big adapter / shrink wrap/ goes into the cars stock M5 connector. That is the bigger one from the old screen. 26 pin I believe.

so then you're left with three wires, the two longer ones with the white and black stripes and the one bare ended green terminal wire.

the terminal goes into the A47 plug in position 1. as seen in the pic I will email you if you got a set up from me.
or posted on the first two posts in this thread.

the long wires go behind the instrument cluster, also described in photos emailed or posted here.

that should be it. call or email or message for help with harnesses 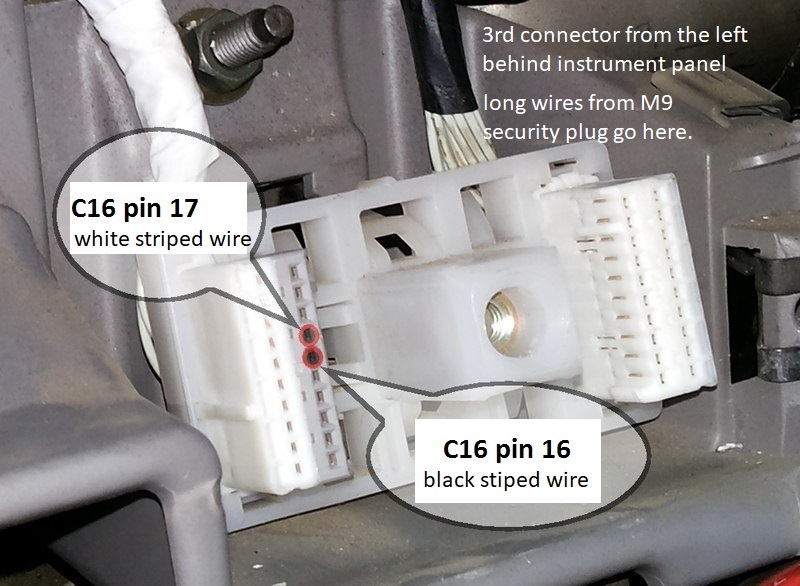 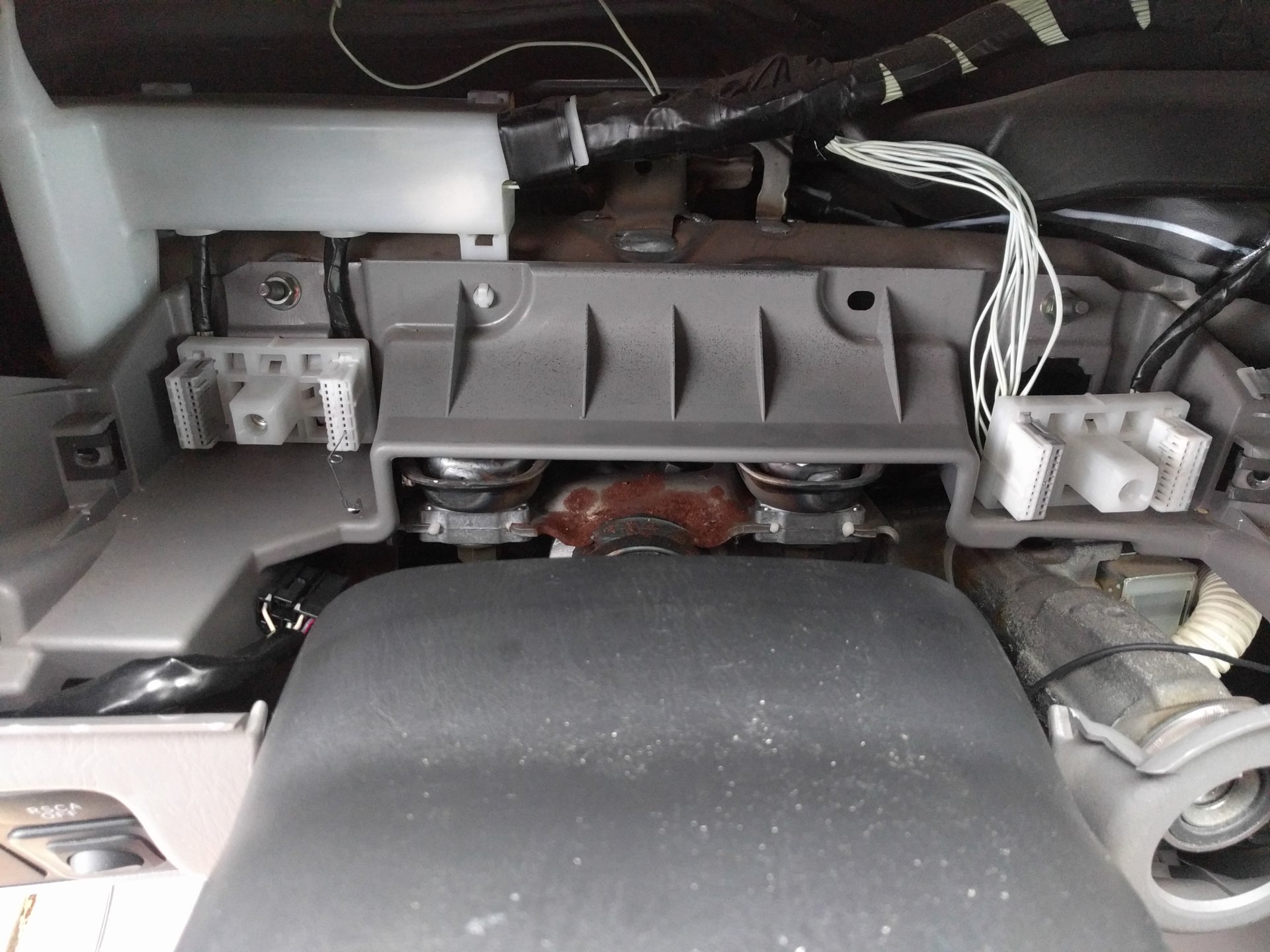 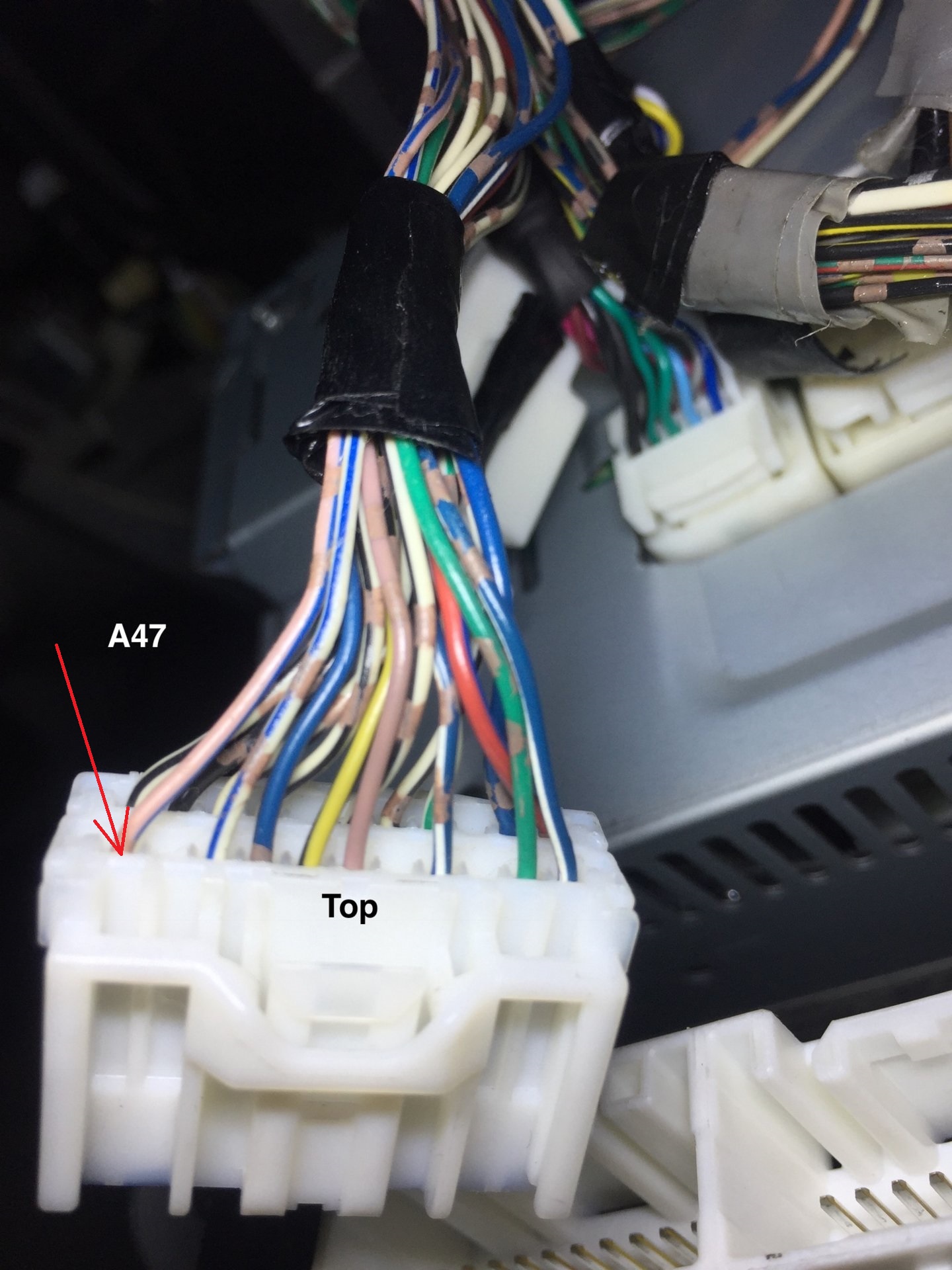 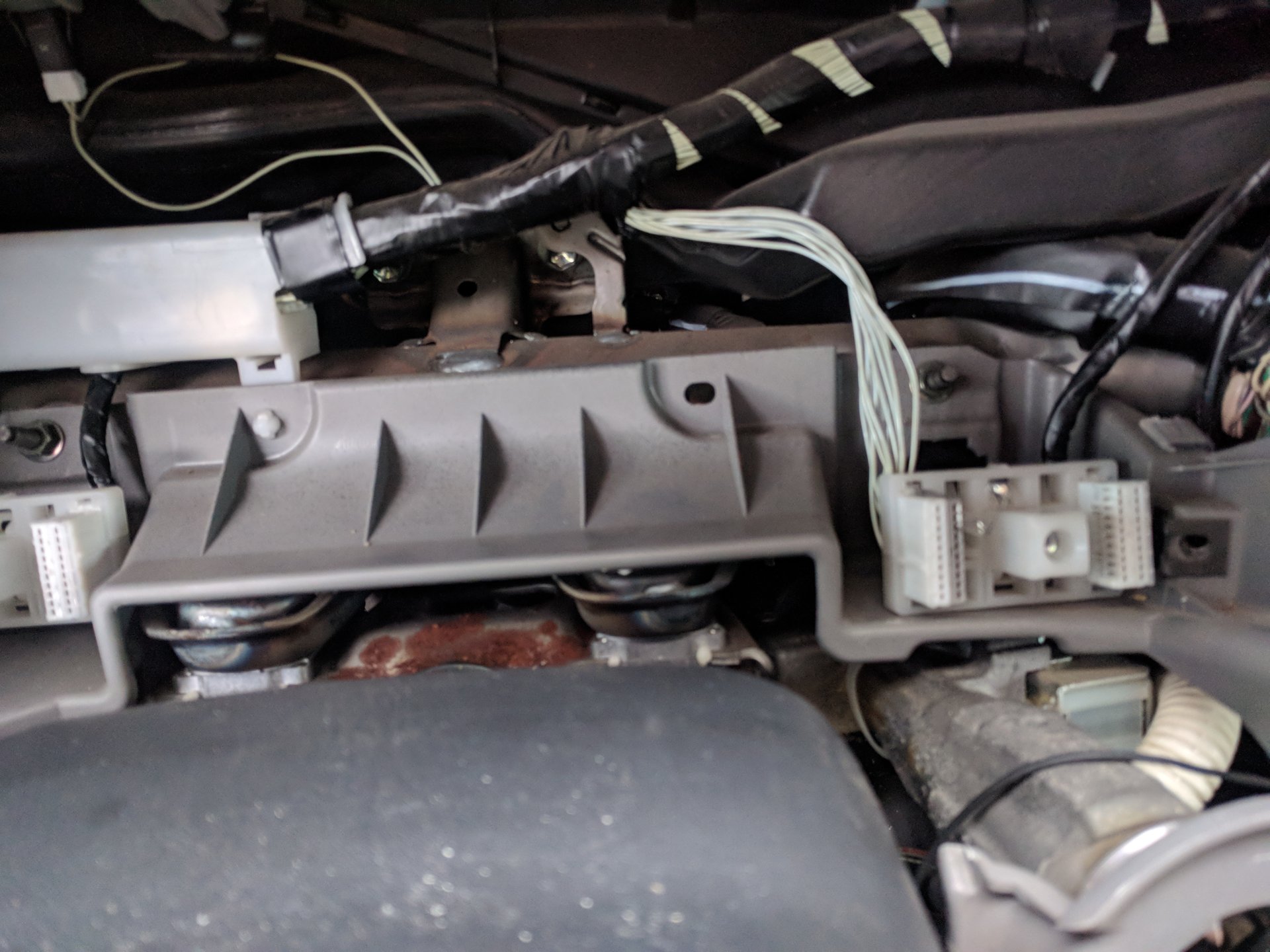 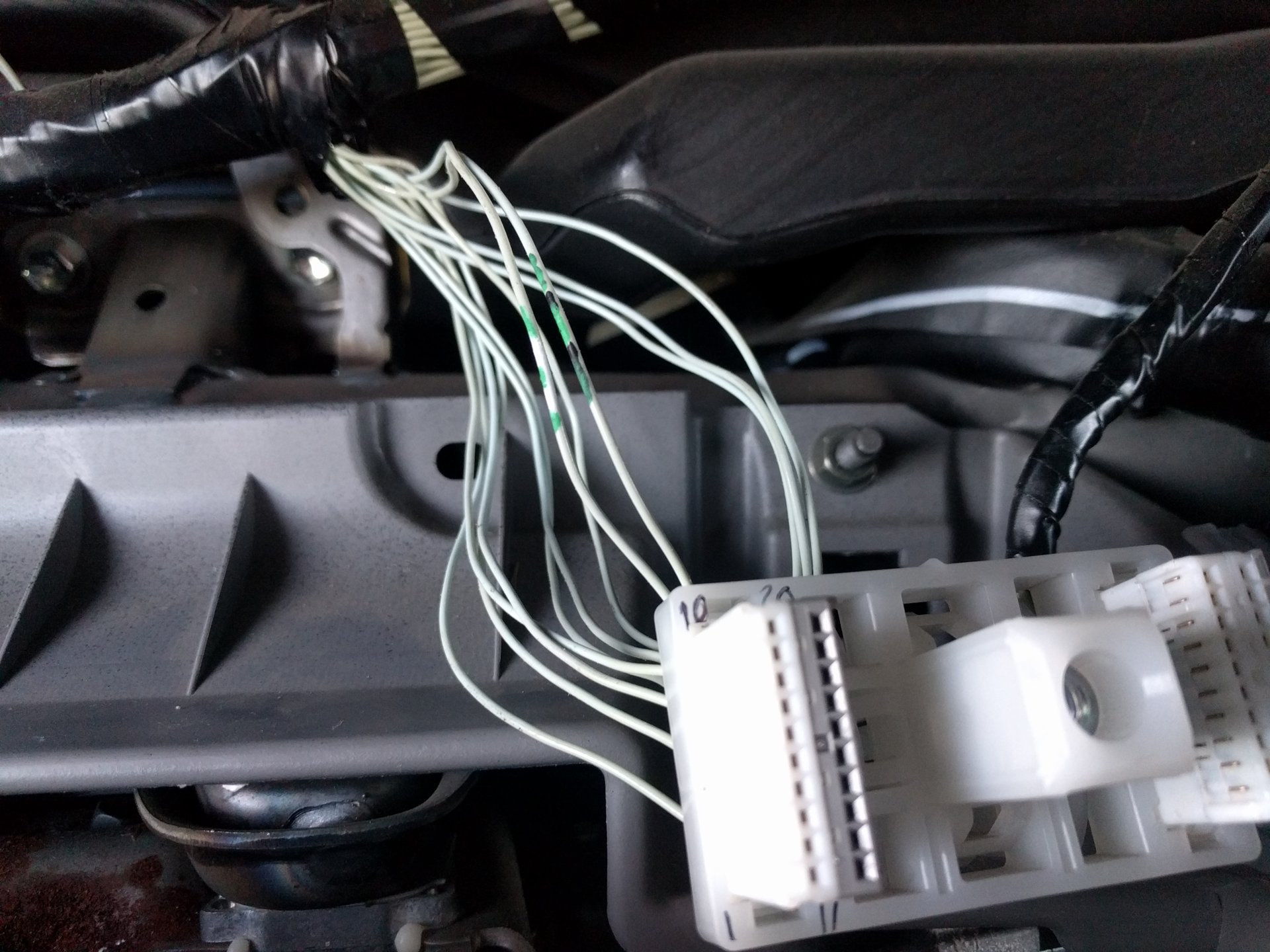 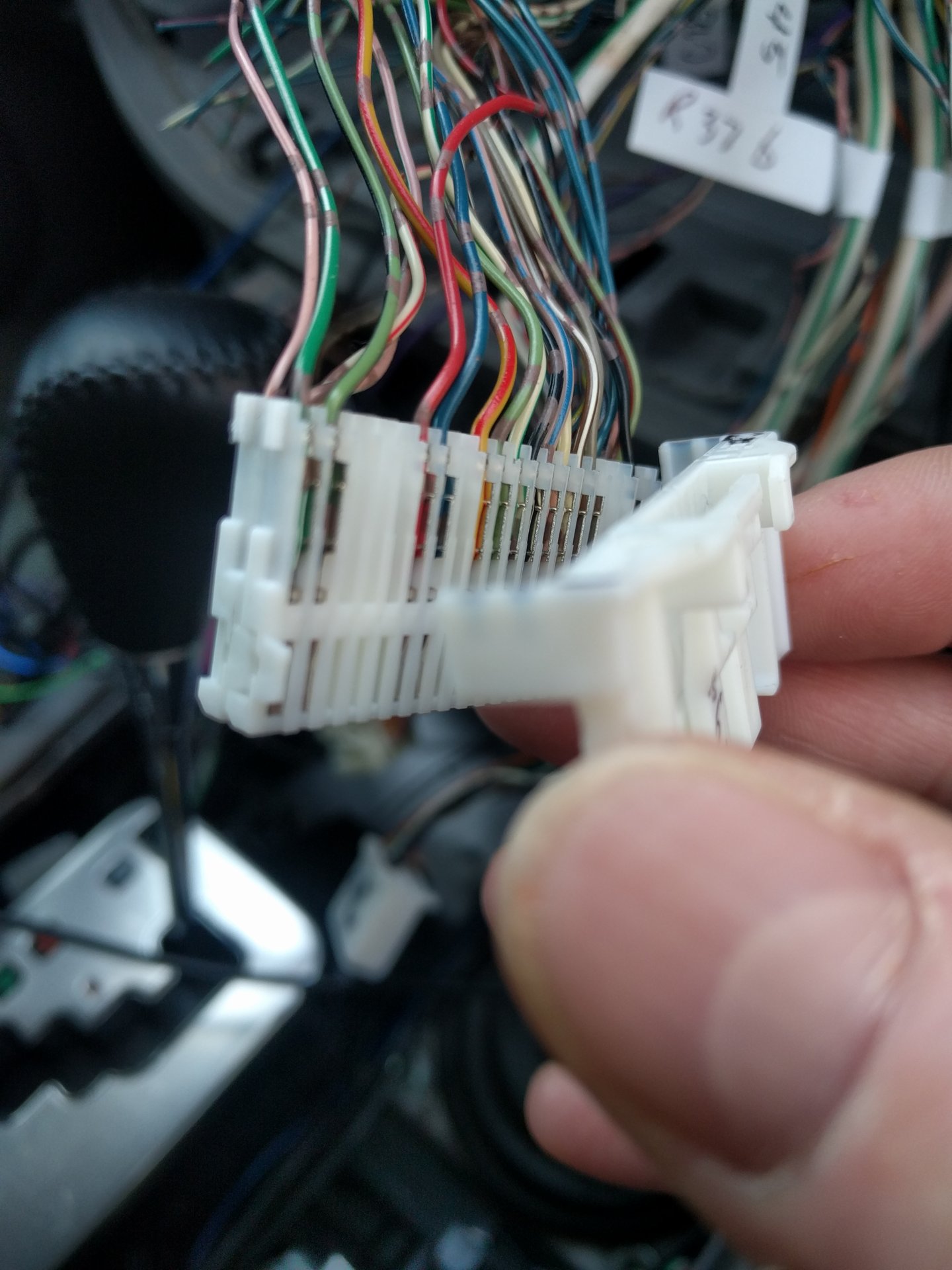 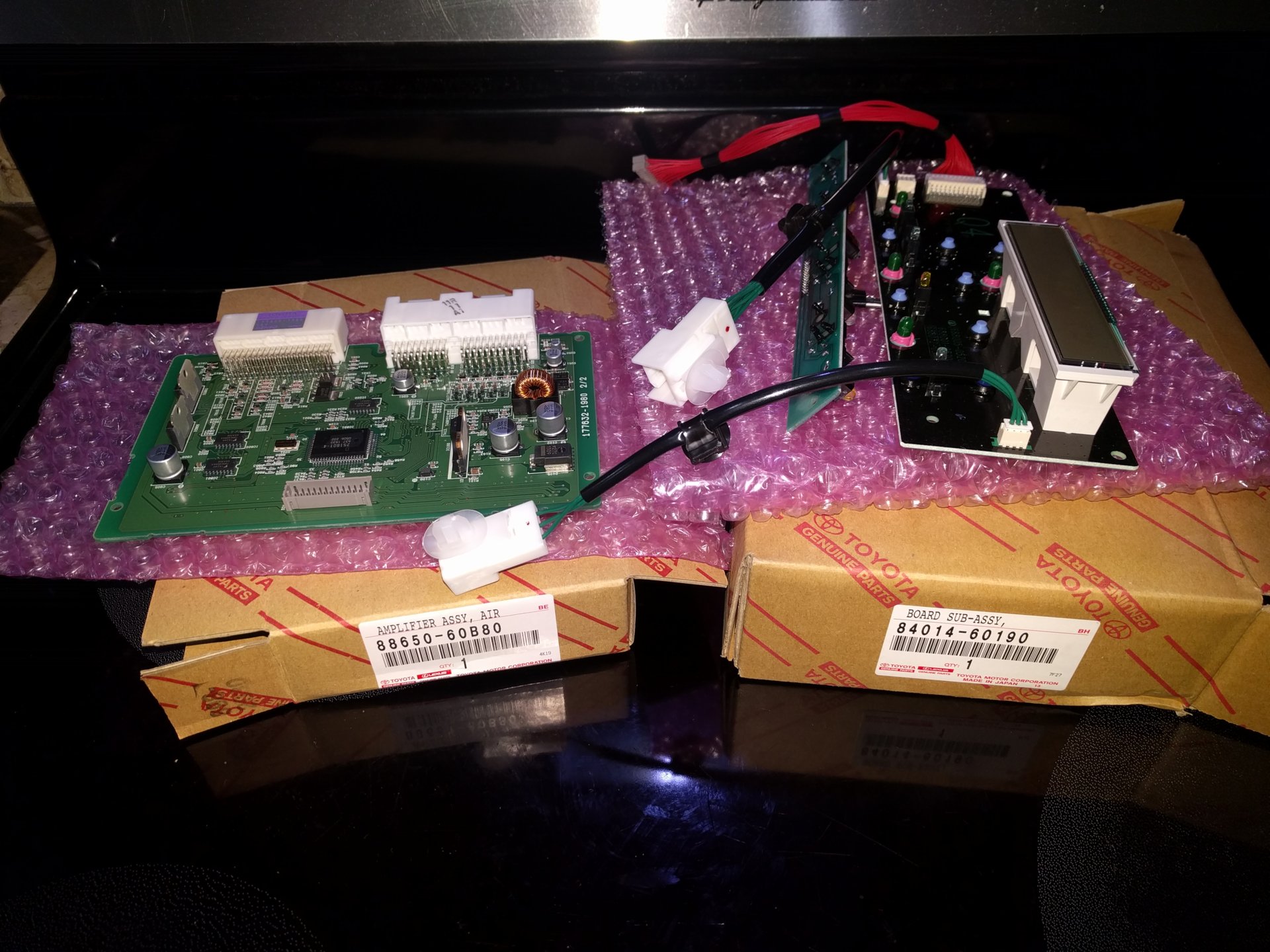 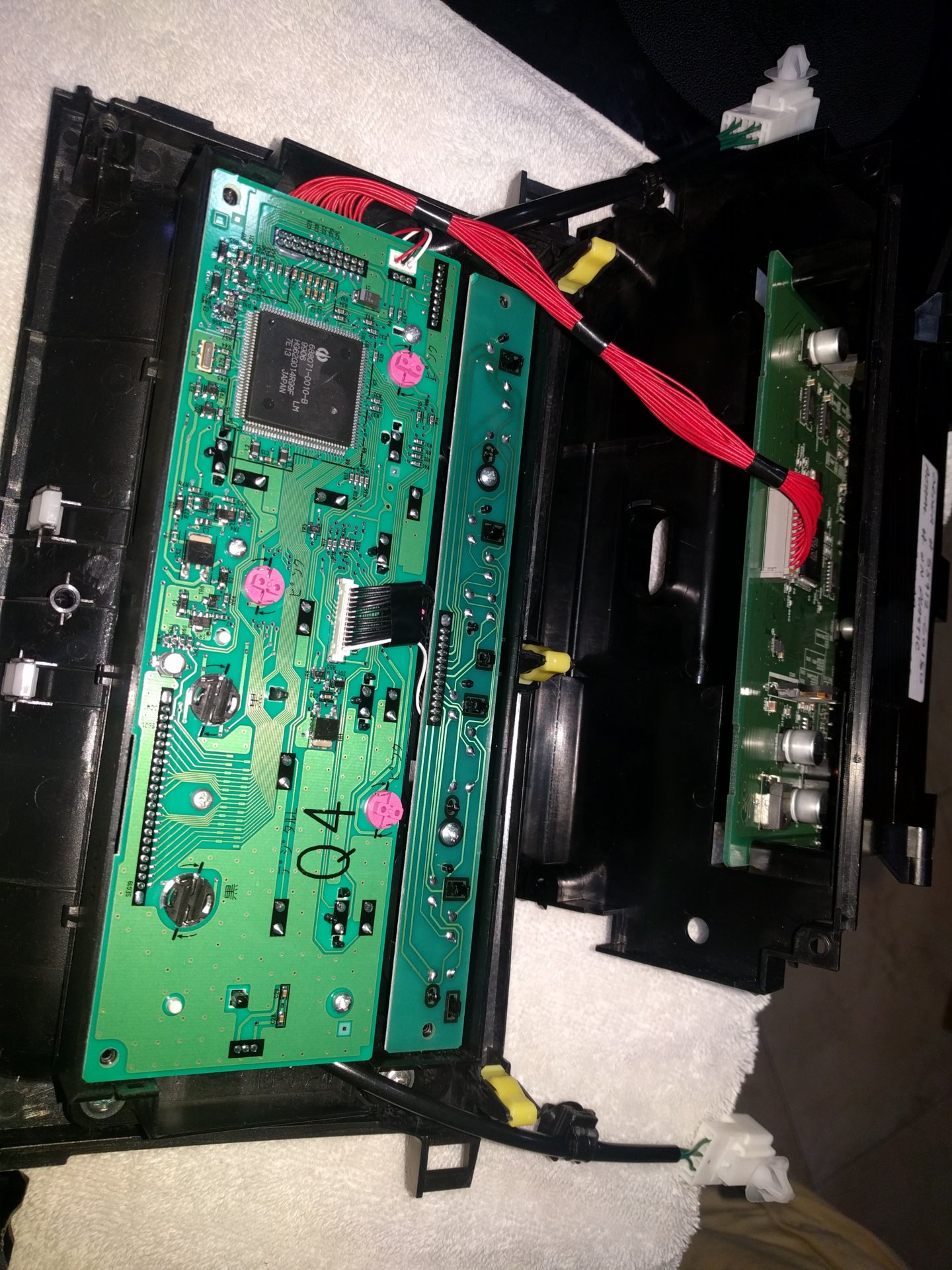 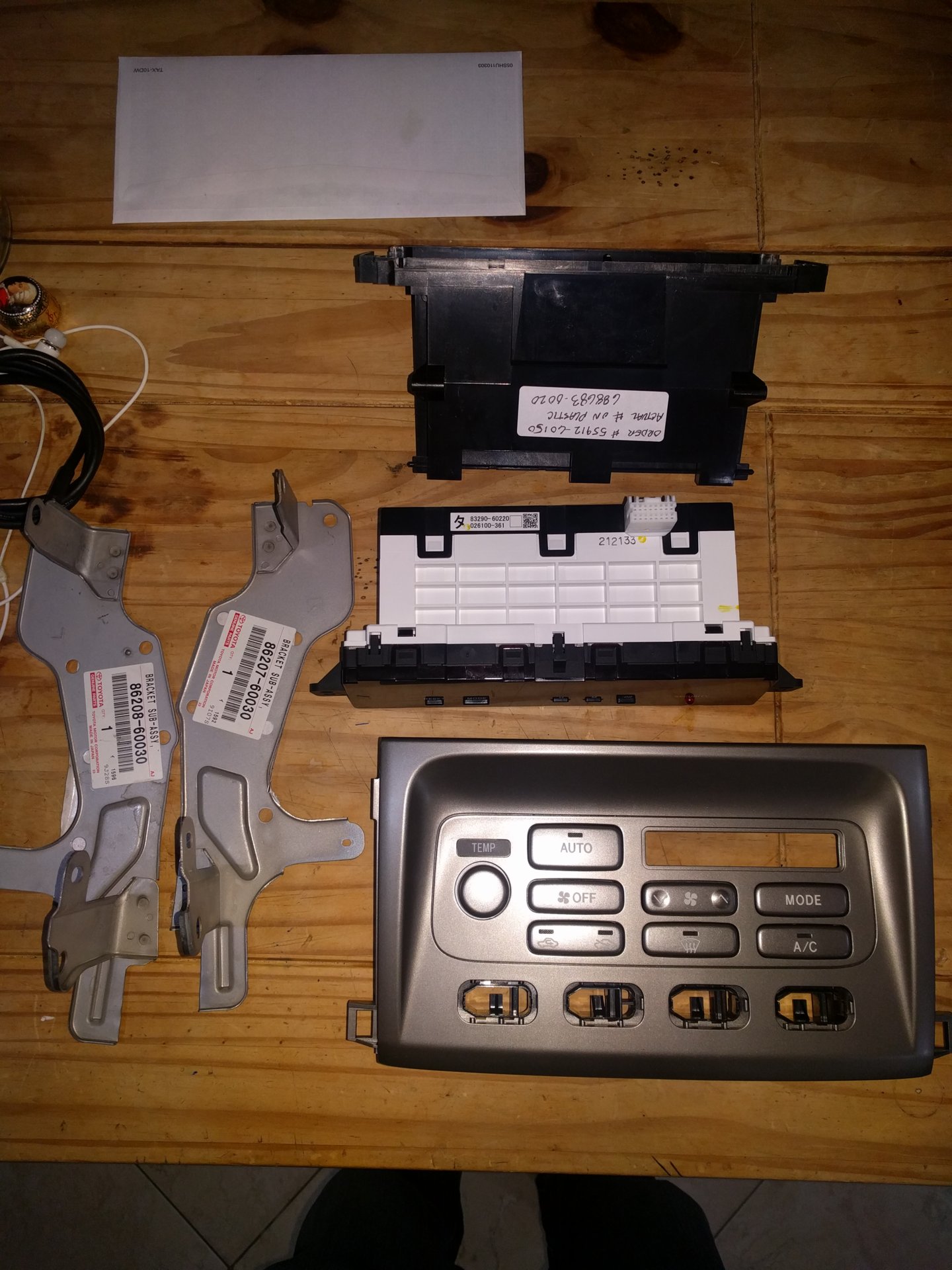 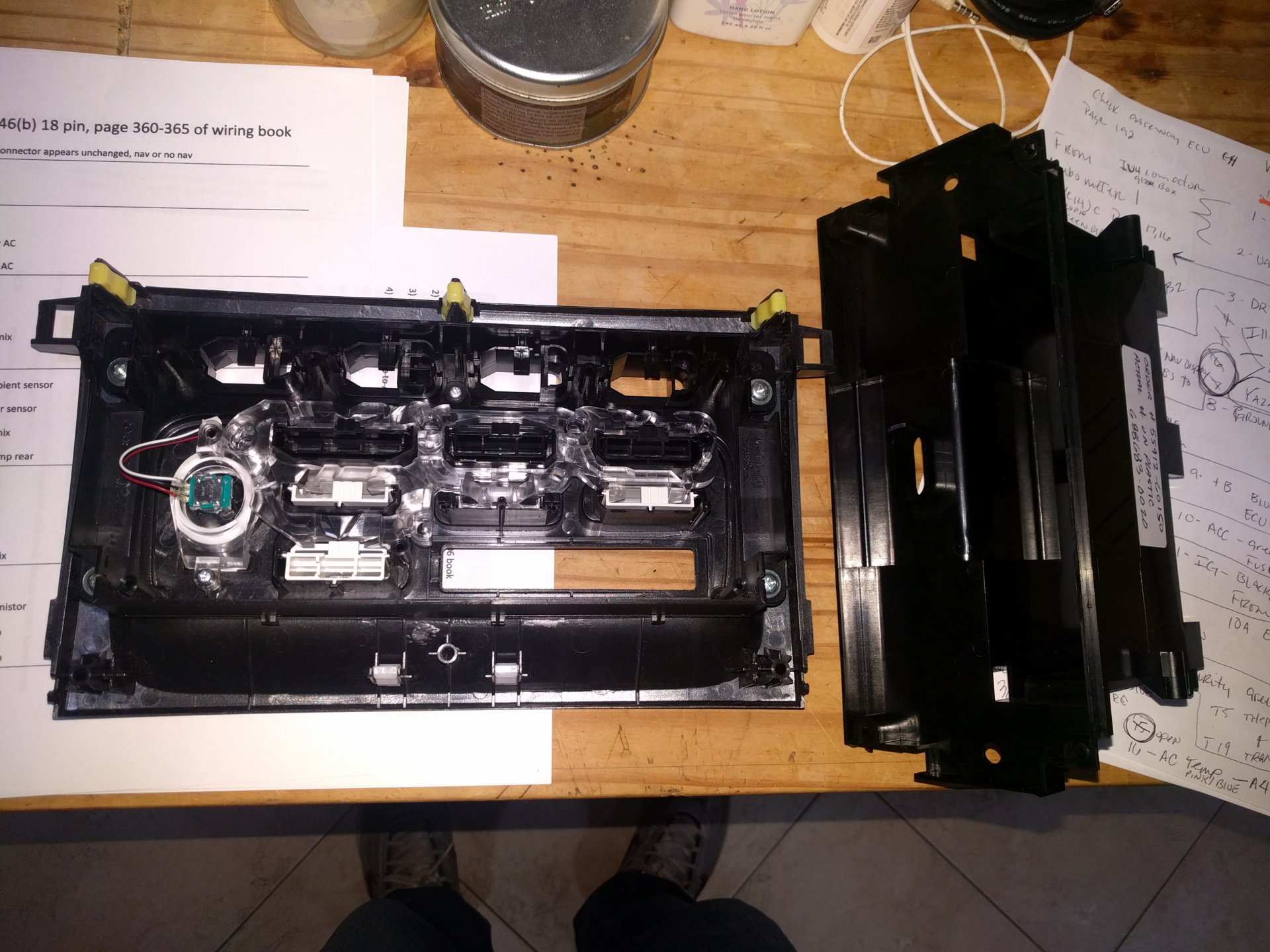 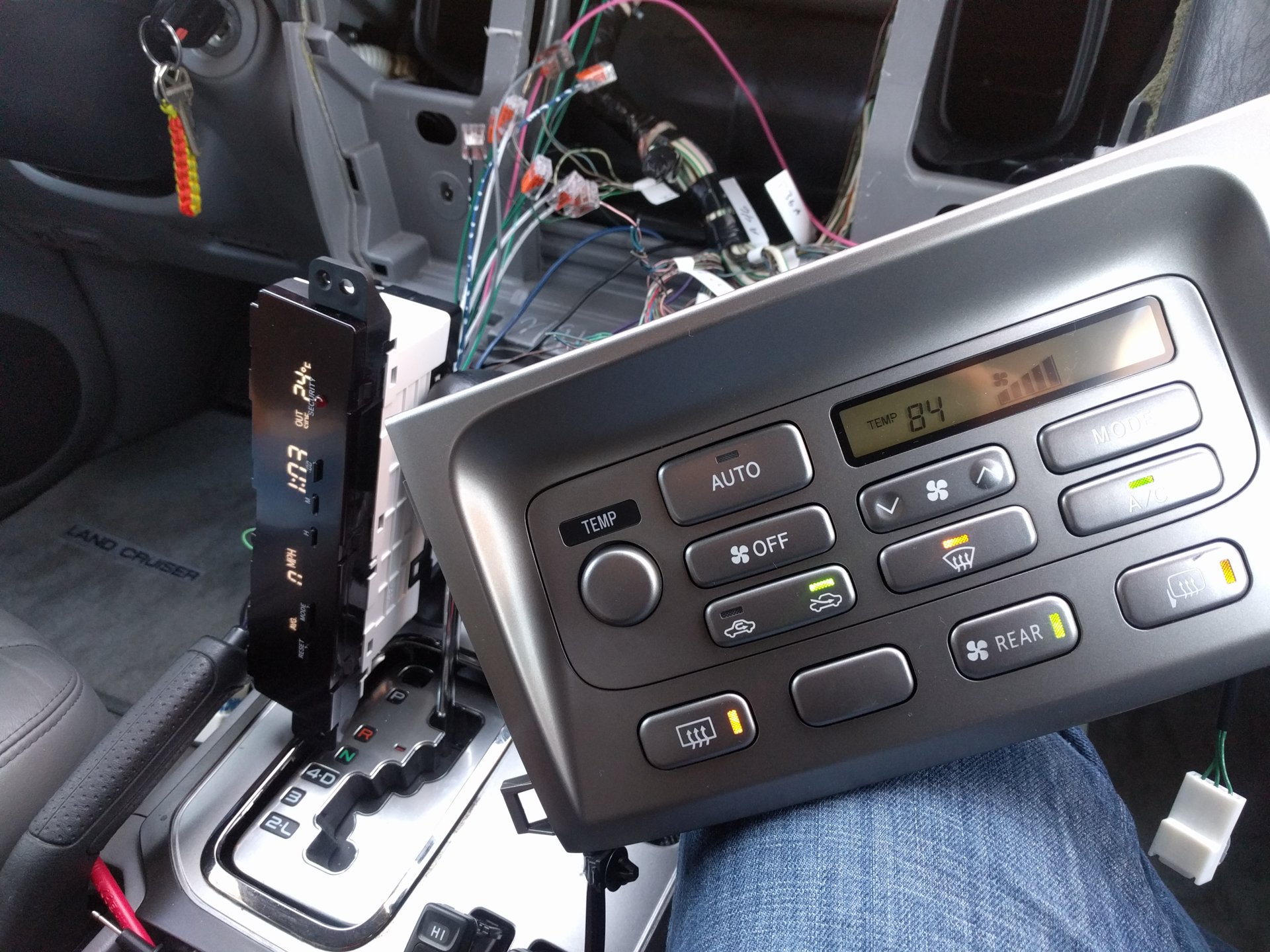 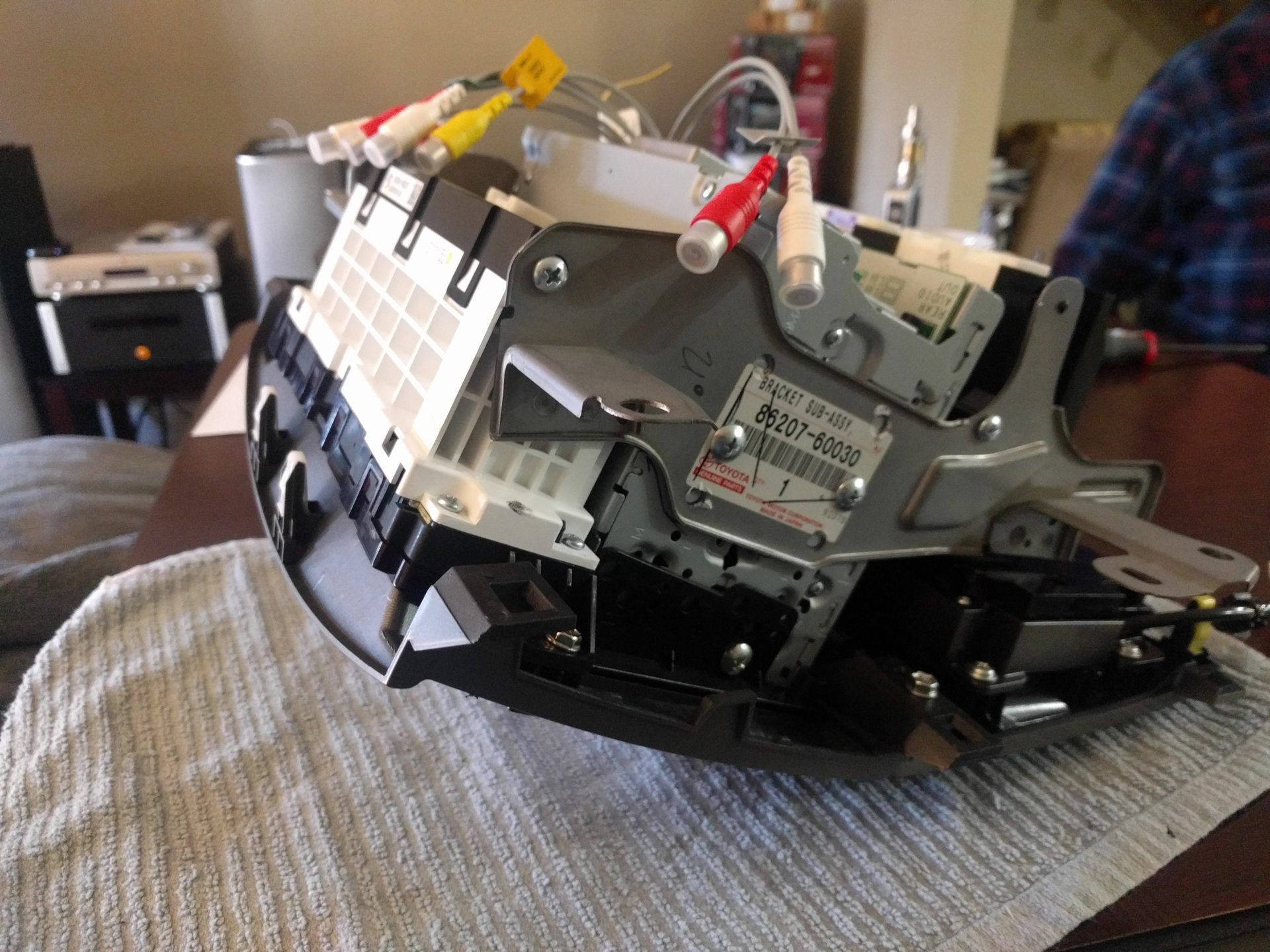 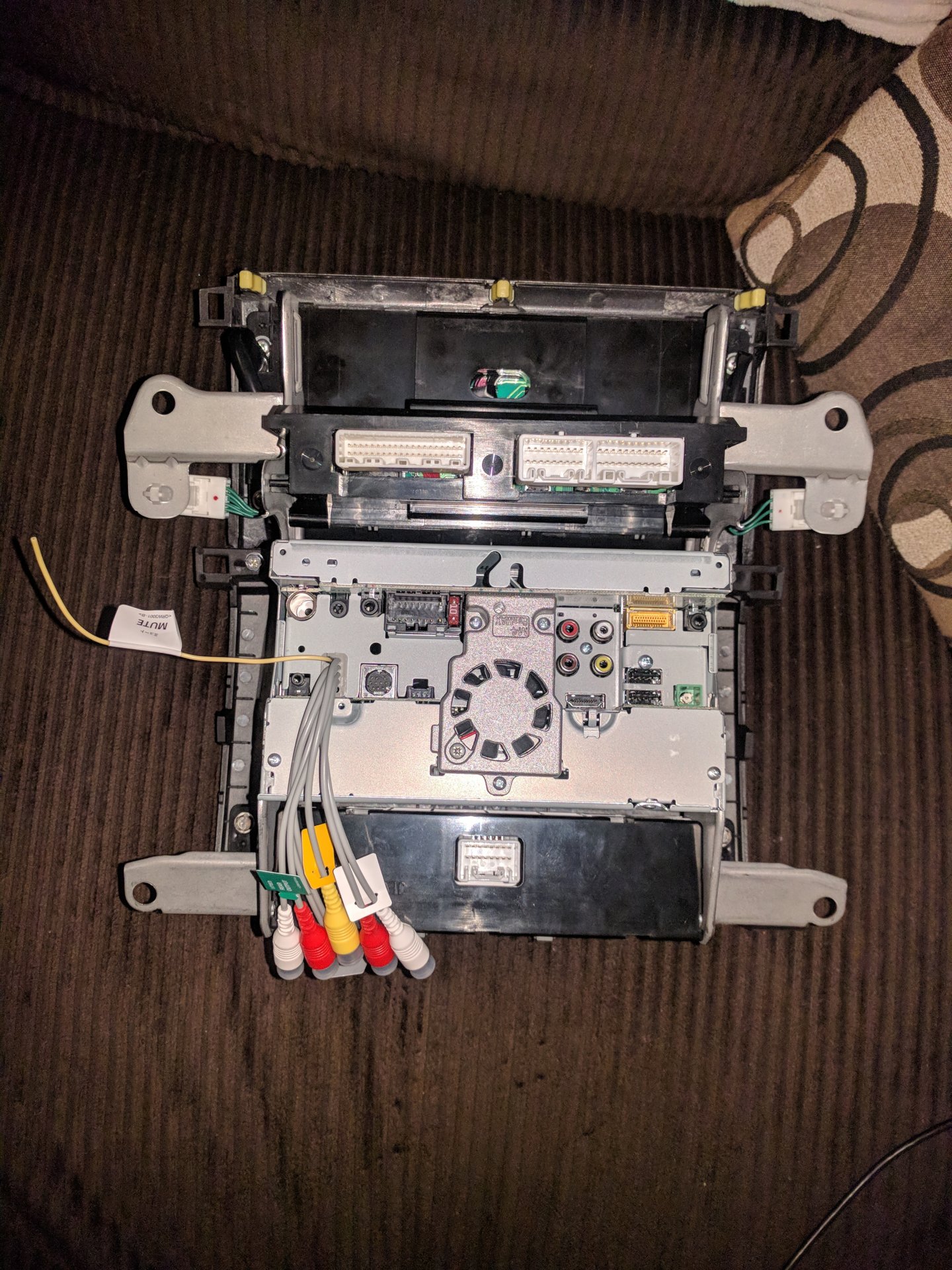 This is what the 03+ crowd has been waiting for...
Cruisers are something the wife agrees on....You can never have enough.

Wow that is fantastic! Sub'd to see where this goes.
Ryan

everything works fine, here's an after pic. Before anyone asks, you need a steering wheel adapter for the audio buttons. And to make the stock back up cam work on an aftermarket deck read this, HOW TO: Using the factory rear view camera with aftermarket stereo - Toyota Nation Forum : Toyota Car and Truck Forums
If I remember correctly I had to swap black and red for that to work.
I use axxess steering wheel adapter, it works fine also. 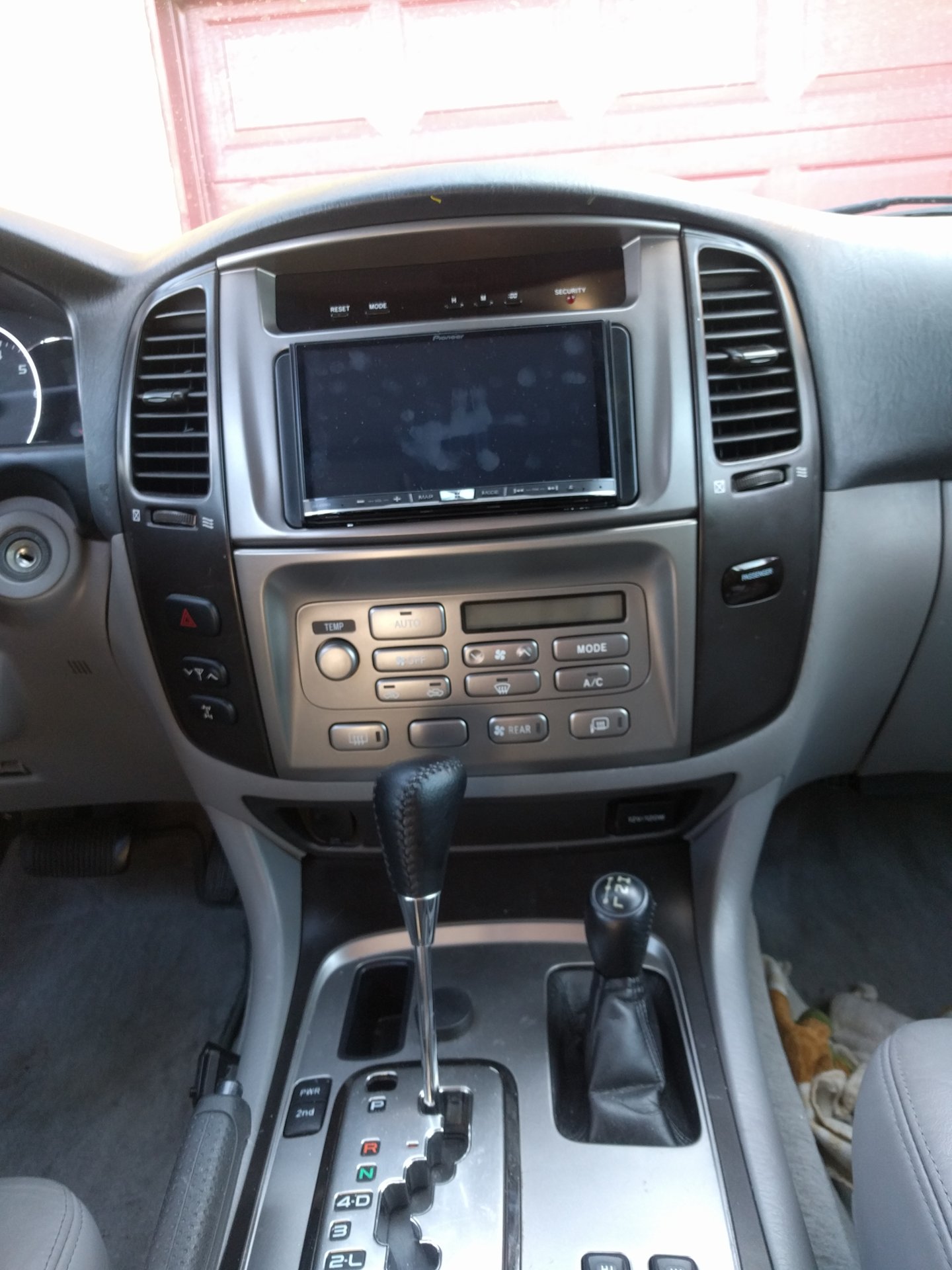 Time to call on some favors from friends living in Dubai. Probably cut the cost in half if i can source these parts used.

Thank you SO much !

Thanks very much for your time, research, and detailed posting.

Im good with my NAV today but its comforting this NAV delete option is now available.

Mods - This needs to be added to FAQ without question
LandCruiserProducts.com


BTW here's a pic of my Unicorn's steering wheel: 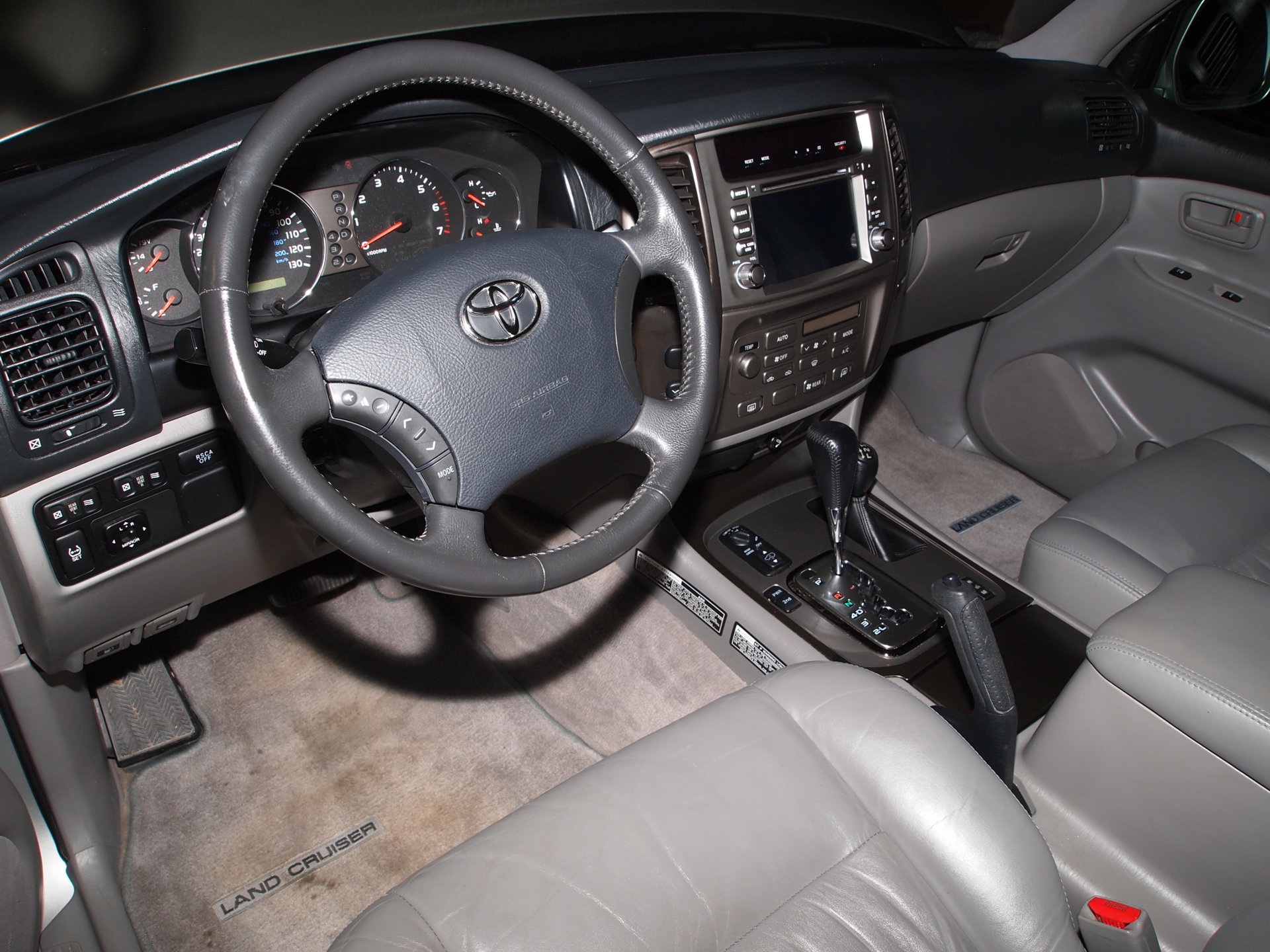 yes, I want that right hand steering wheel blank switch if you can find the number. That and the center console lower black plastic box where the dvd changer was would make it complete, mostly complete, I think.
06 LC post 2003 nav delete harness / HID harness/ 3 way splitters
T

If your asking me @jerryb you've got my VIN, I can't offer more than that on steering wheel blank.
For the console box, a older model may work, try crossing with my VIN.

How much time did all this take you: Research, parts locating & ordering, tooling up then hands-on?
Last edited: Jan 21, 2018
Master thread, with index to many helpful links.


Paul, I spent a few days searching before I started ordering. Then I really searched everyday for two weeks. I have more than 100 pages of written notes and print outs. I don't have a job at the moment. So I have lots of time.
I had the assembly out for two days, back in with the new heater on day two because I had to drive that night. Then the stereo the next day. mon-wed. You can drive and lock it without all that in there also.
Last edited: Jan 21, 2018
06 LC post 2003 nav delete harness / HID harness/ 3 way splitters
You must log in or register to reply here.