Alright, way to early on this thread but hey why not start organizing the plan.

This is a 1995 LHD HDJ80 that hails from Belgium or maybe it was France.

It is a 1HDFT, H151 5spd, H2FA with x3 lockers. It is pretty friggin’ rough and extremely filthy, hence the name Pigpen. A customer sent it to us for some parts he wanted off it and now I will buy what is left that he doesn’t want.

What did we take from it? Well, all the wiring, gauge cluster, few other bits for sure like vacuum system, trans hump stuff and so forth. So it’s got none of that. I do have access to a wrecked FZJ80 to scavenge that stuff from where needed.

The top end of the engine is toast, it’s going to need and get a new head. No idea on bottom end yet until tear down. The engine is going to suck me dry money wise I just know it but oh well, this is a long slow build so that helps. Not planning any upgrades at the start to engine, to much cash but they will come down the road if I keep it. No idea on condition of trans or tcase, if they are anything like the rest of it, they need work too. No idea on condition of axles other than the birfields are wasted.

Going to keep the build somewhat budget until it is done and on the road. So stock turbo and boost. Probably start with 35’s but maybe 37’s. This is a fun-shop truck so being somewhat built that way. Also slightly hardcore wheeling, since a pickup is best for that or better than a full bodied 80. Less to smash!

Just going to do a flatbed with drop down sides, Aussie style. Currently planning an extra-cab. Got a guy working for me who has much better sheet metal skills than me so at the minimum the chop will be a team effort. We got all we need, brake, stretcher/shrinker, bead roller, planishing hammer, english wheel, ect. We are playing with back window ideas already, at the minimum a slider but likely something cooler.

Where are the pics?
Tread like this without pics of the rig the shop and the local pub is like inviting the Rabbi daughter to a motel 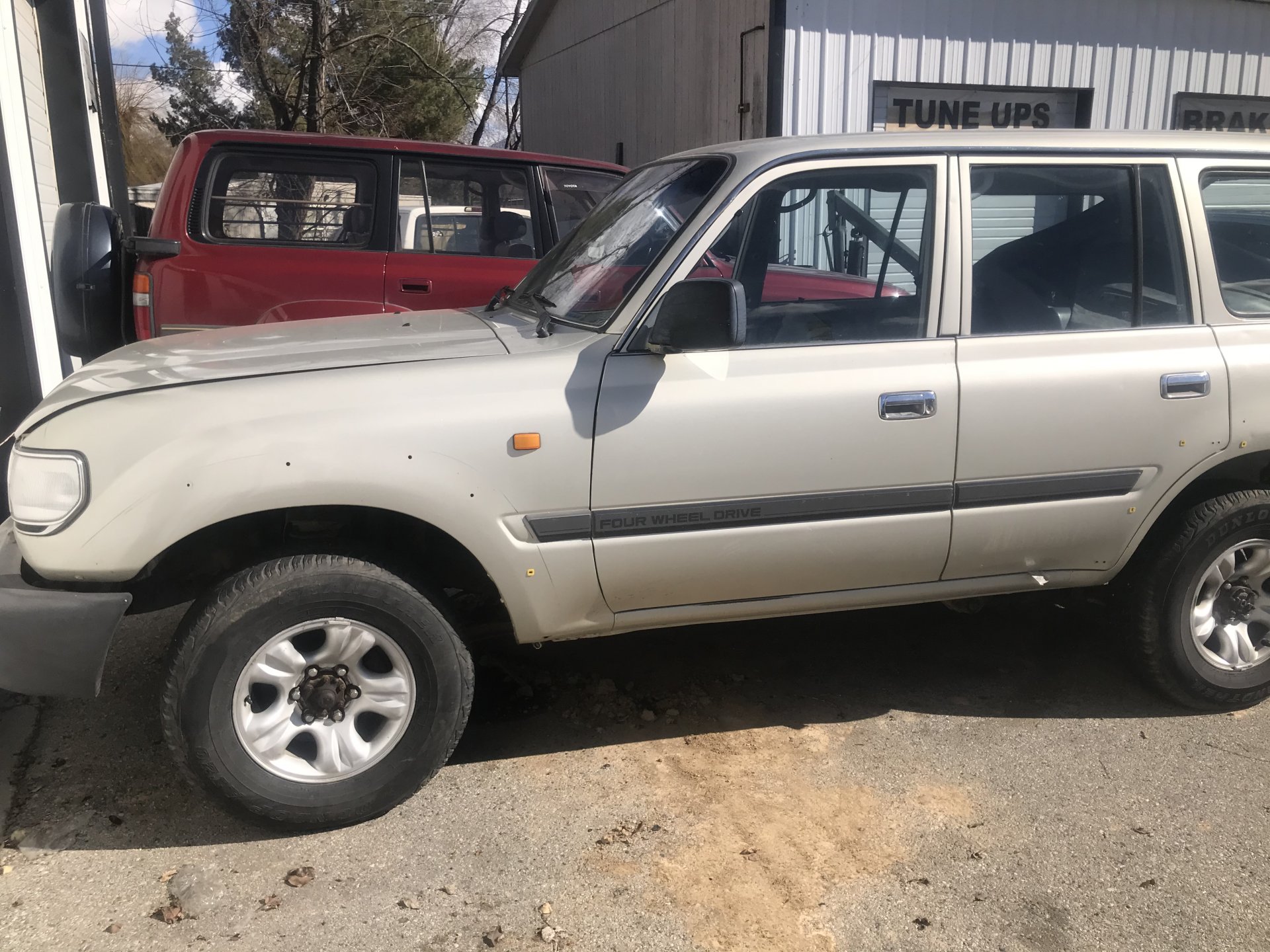 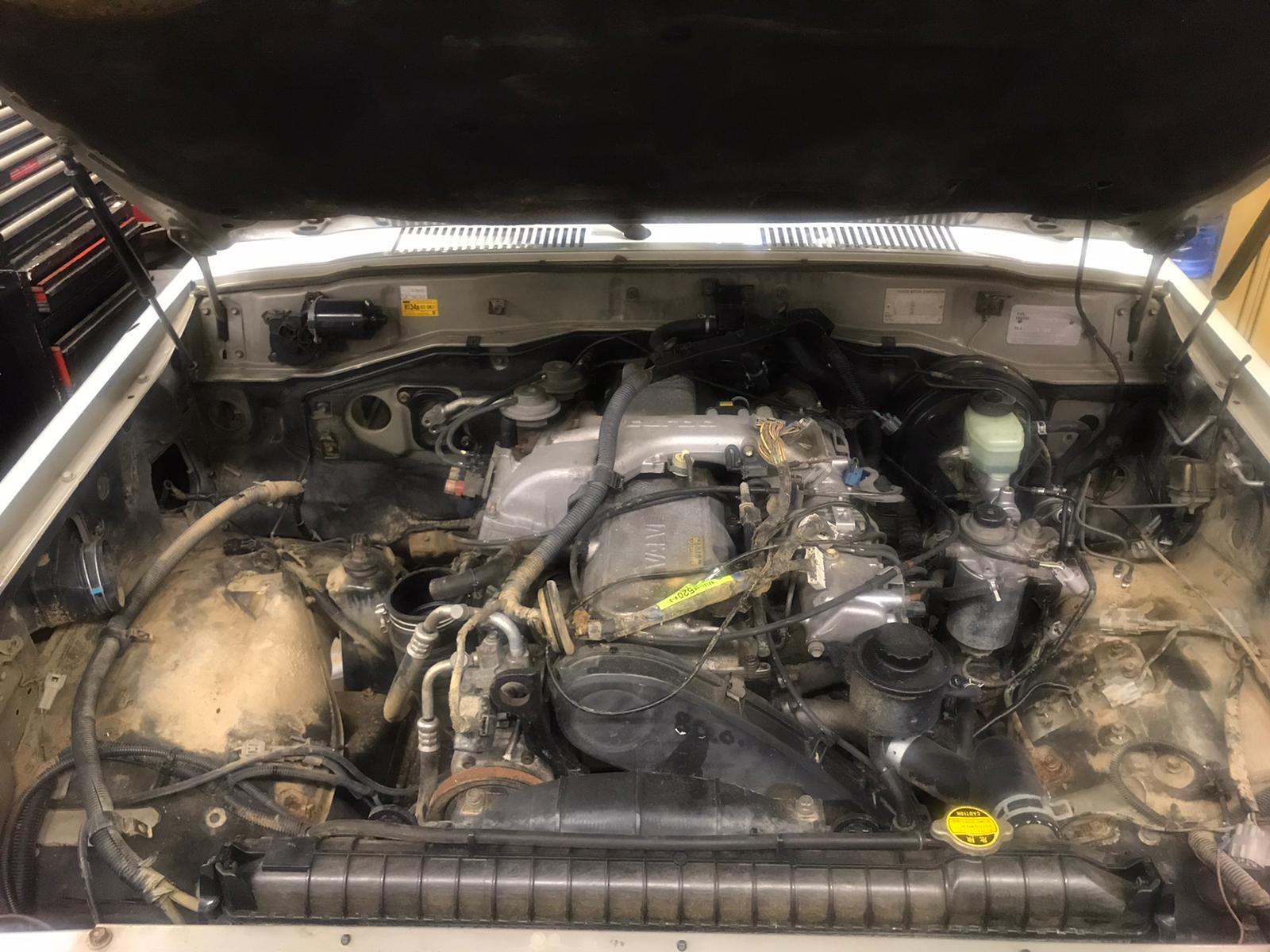 We were actually going to sell a few bits off the body and cut the rest up and scrap it. Then it hit me, Ute chop! Chassis packed with clay, like really bad, frame half full of it. So it is going to take a fair amount of work just to get rid of all that. Going to take chassis to bare metal though, probably paint it vs powder coat. More than likely stretch the frame, as a pickup I think it should have a little bit more wheelbase. Suspension already going through my head, I like custom!

Going to hold back though on anything crazy like that to keep cost down on the initial build. 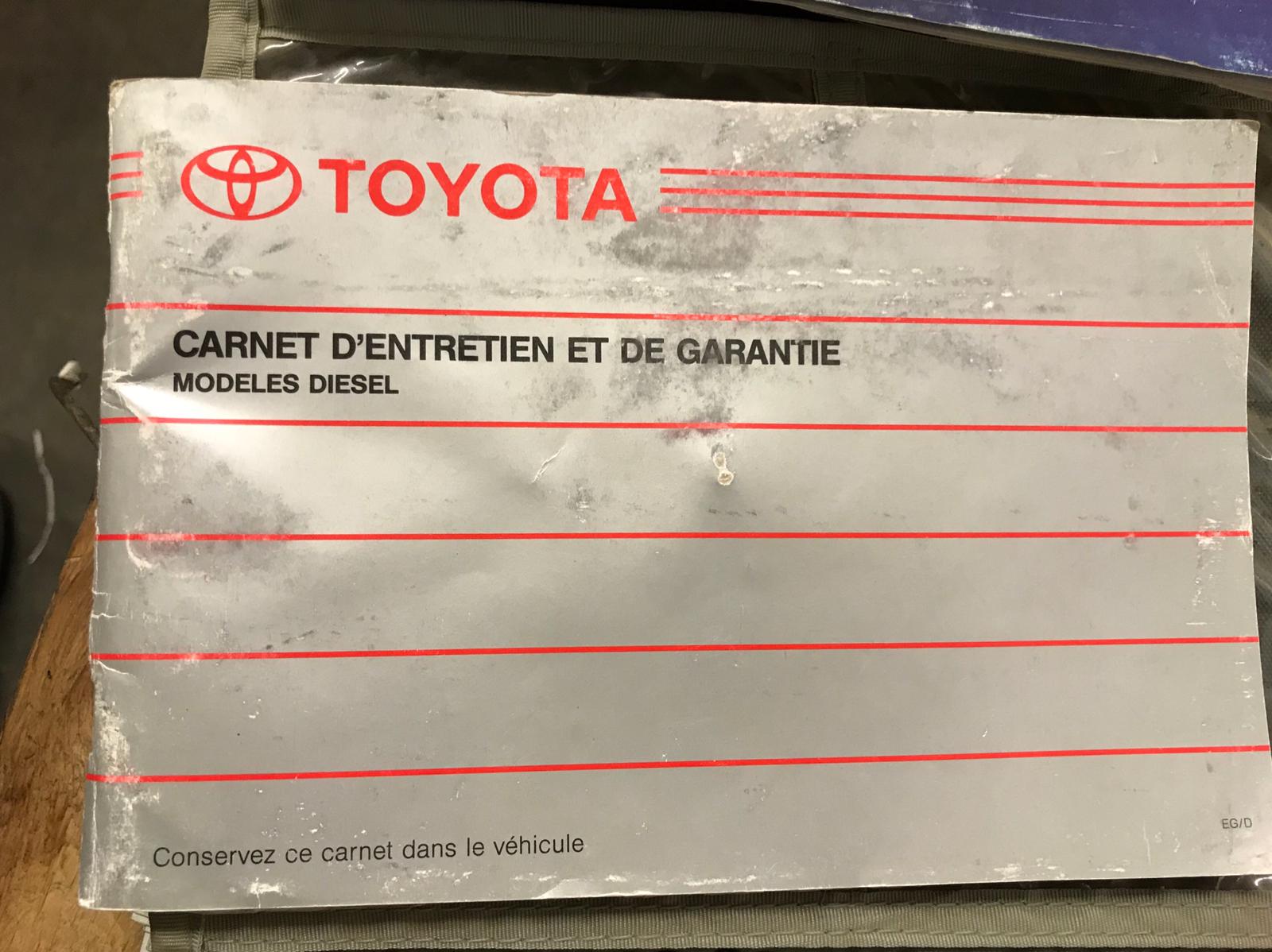 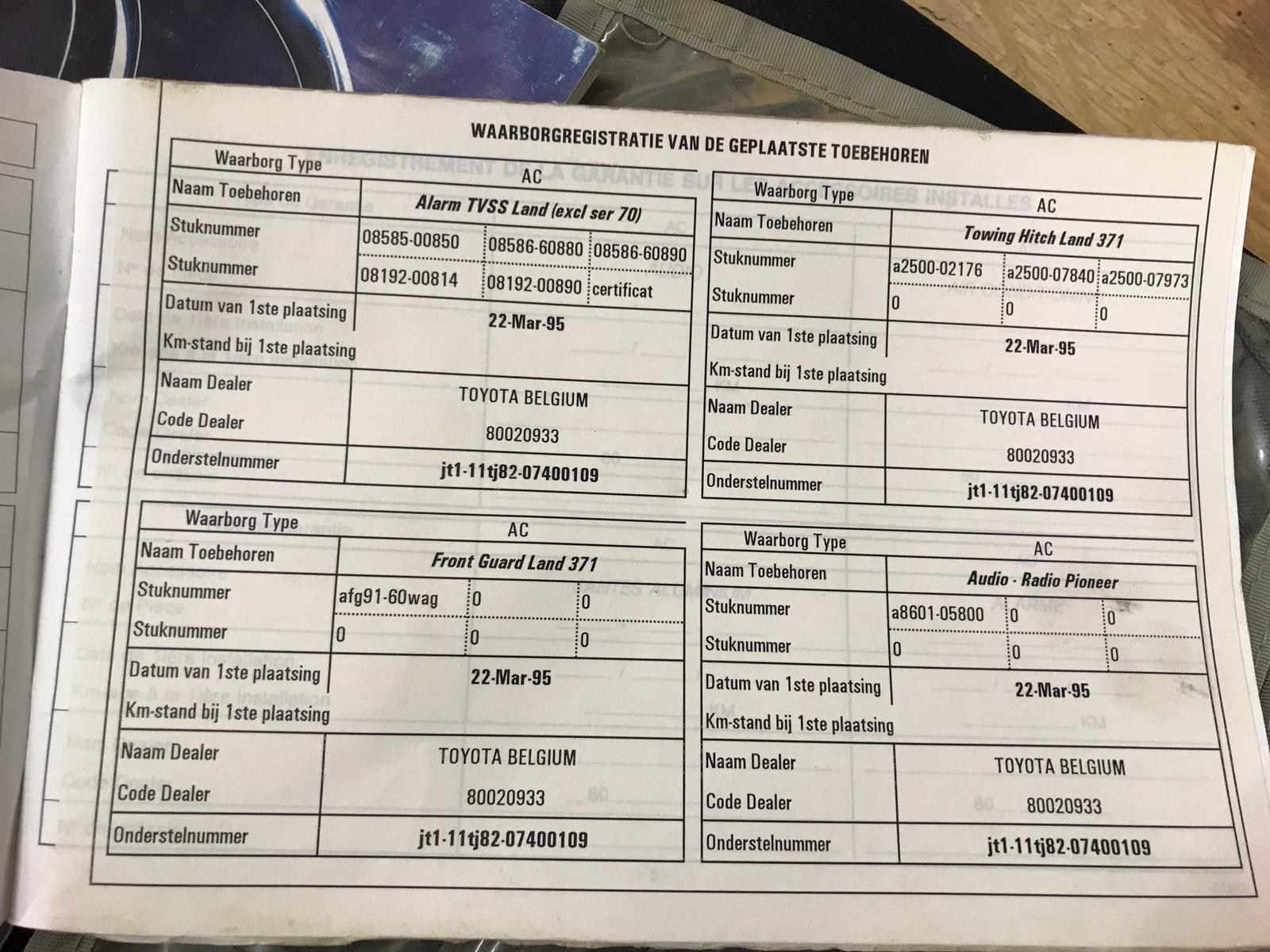 I have been wanting to build a pickup for awhile. Really want a 75-series with folding windshield and removalable top but that will be down the road. I almost cut my last 80 into a pickup, this one is better for that. The no sunroof really makes the chop ideal.

I have many crazy ideas for a bed but like I say going to keep it simple for the initial build.

Not to be that guy, (or circling buzzard) but I’d buy that clear glass if it ends up for sale.

thatcabledude said:
Not to be that guy, (or circling buzzard) but I’d buy that clear glass if it ends up for sale.


The cargo? Or? It’s all going to be available from front doors back, you got first dibs on whatever-glass.

SNLC said:
The cargo? Or? It’s all going to be available from front doors back, you got first dibs on whatever-glass.

Saaweet! Rear doors back is what I have my eyes on. I want to ditch the factory “tint”. 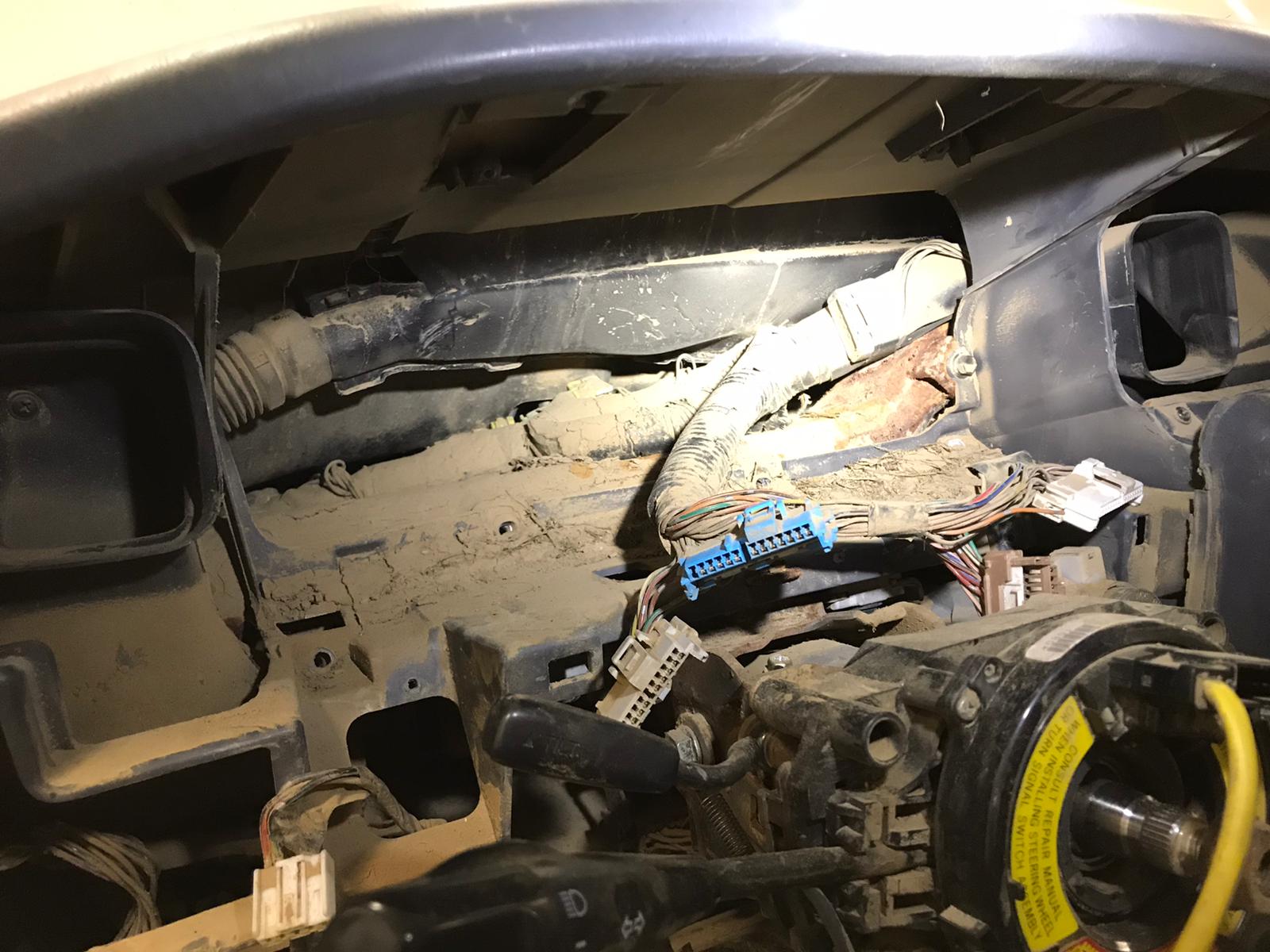 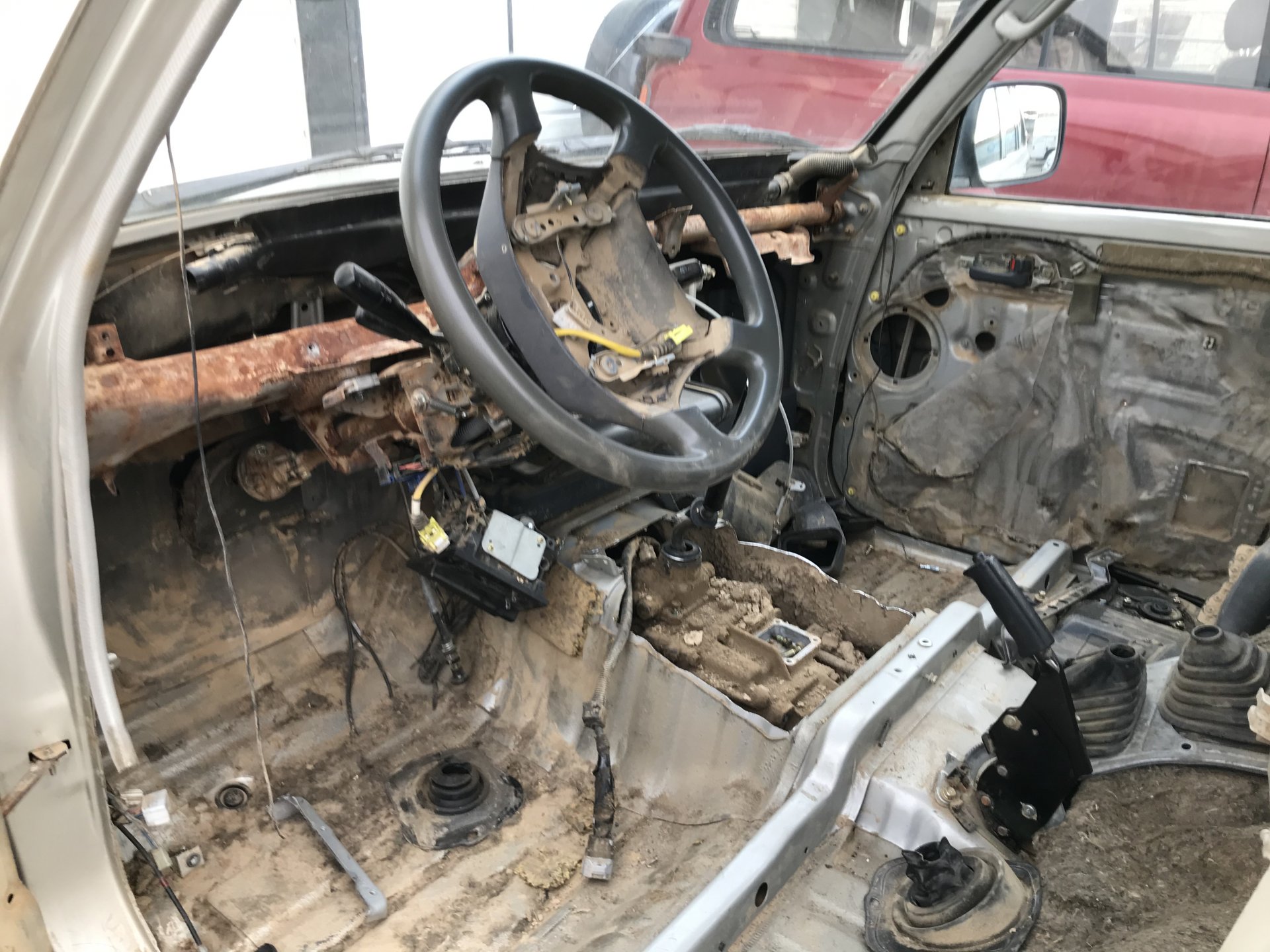 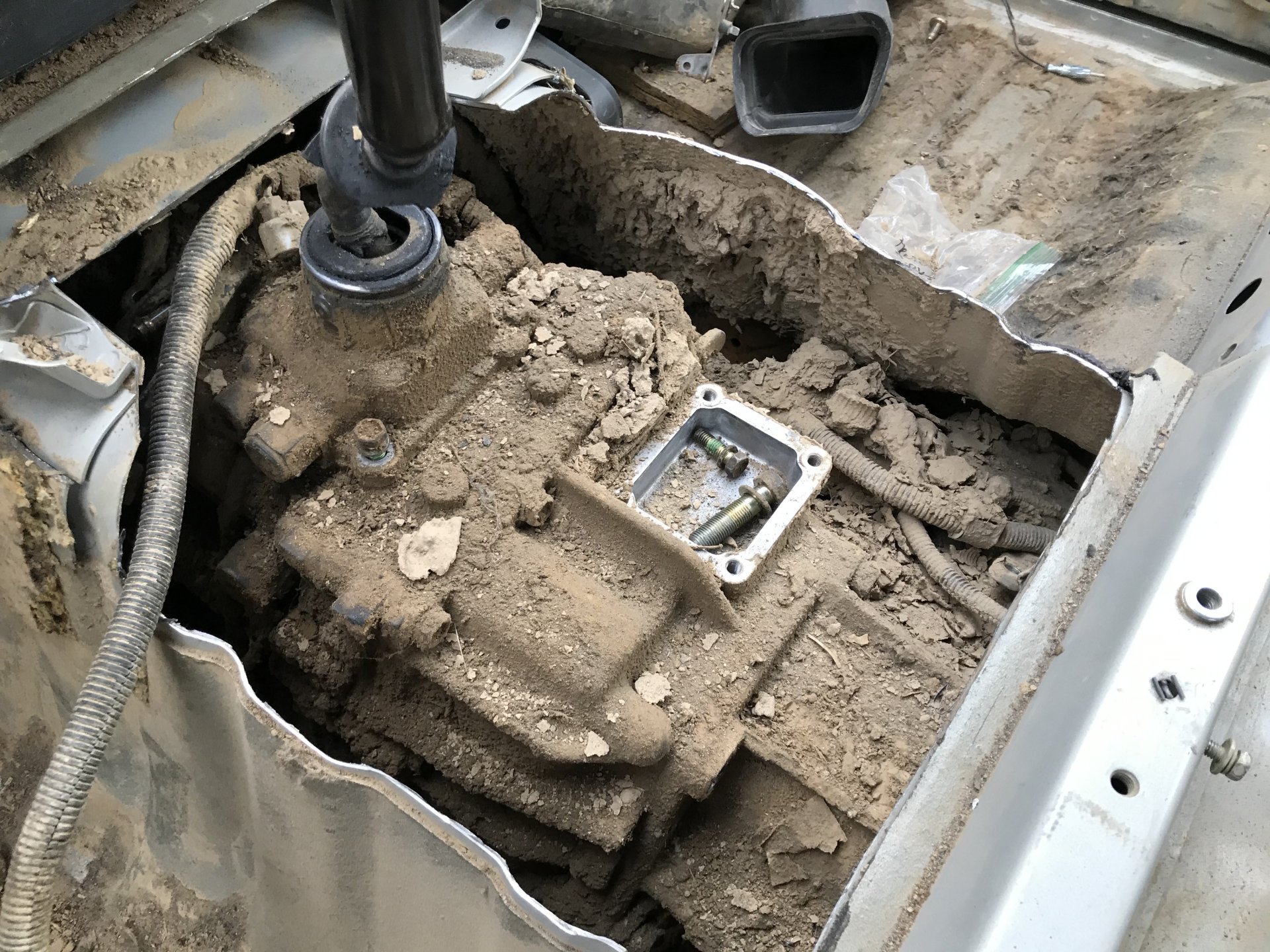 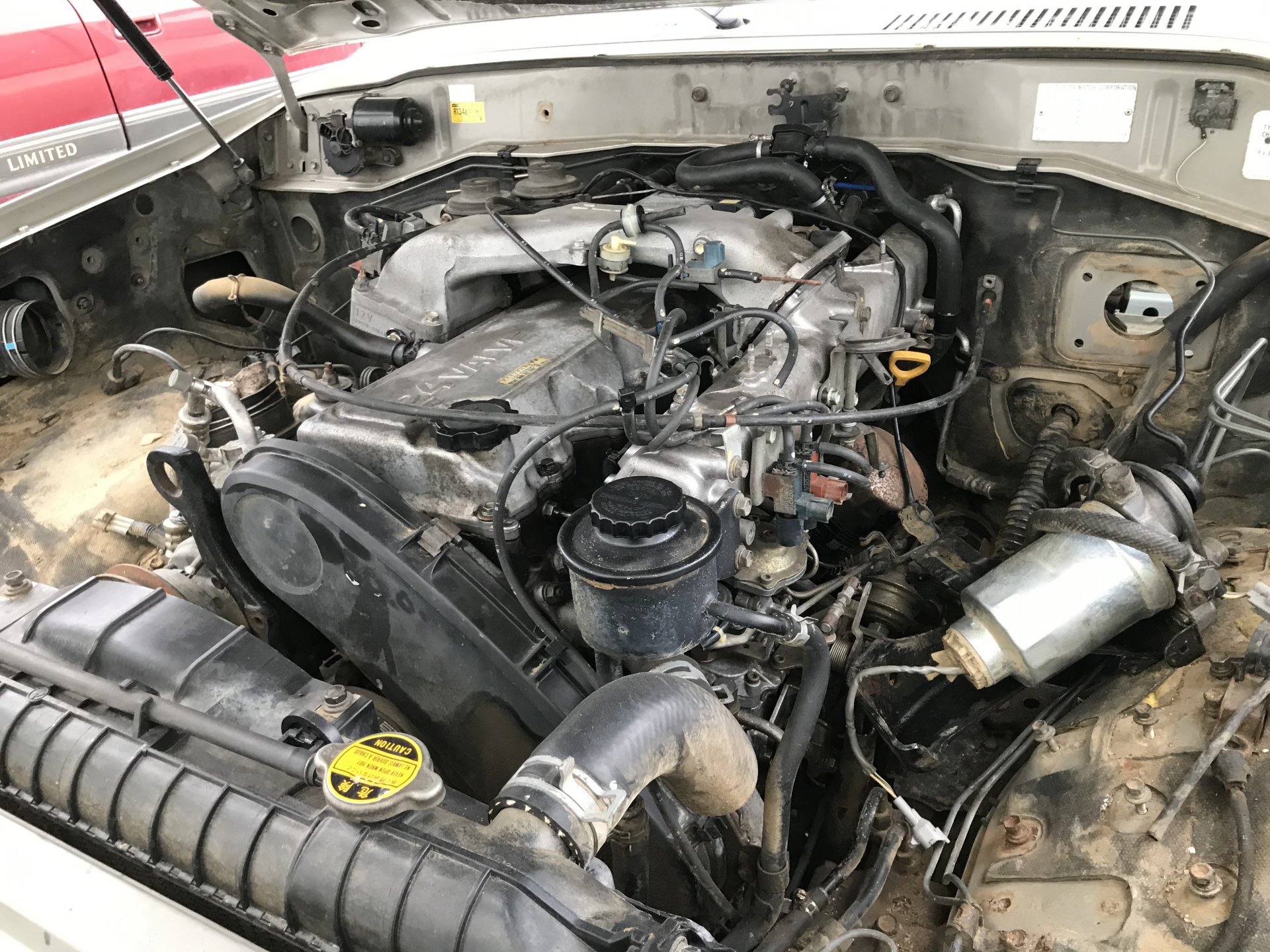 Got a bit of body to fix on RHS but rest of the damage is behind the front doors. 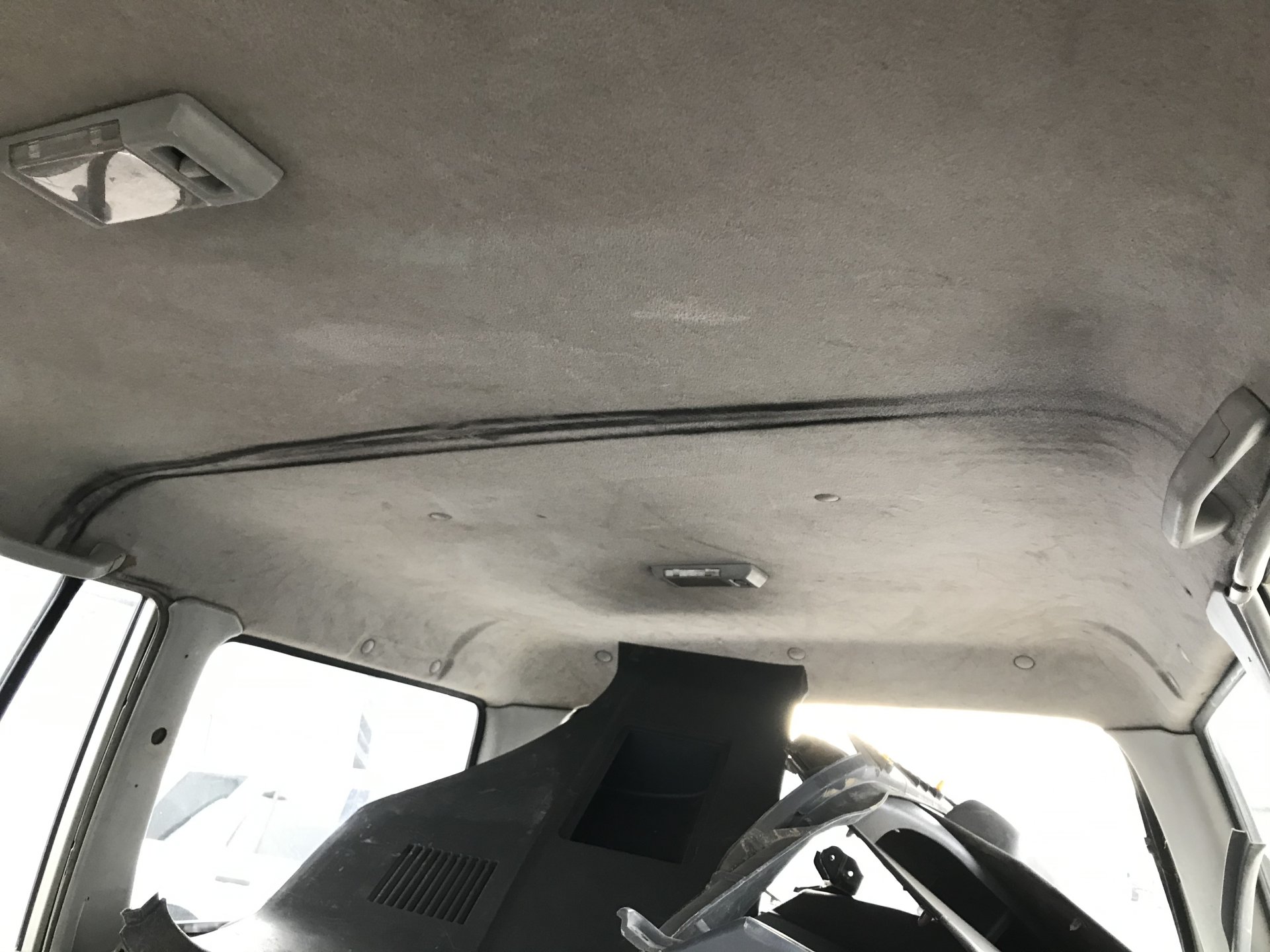 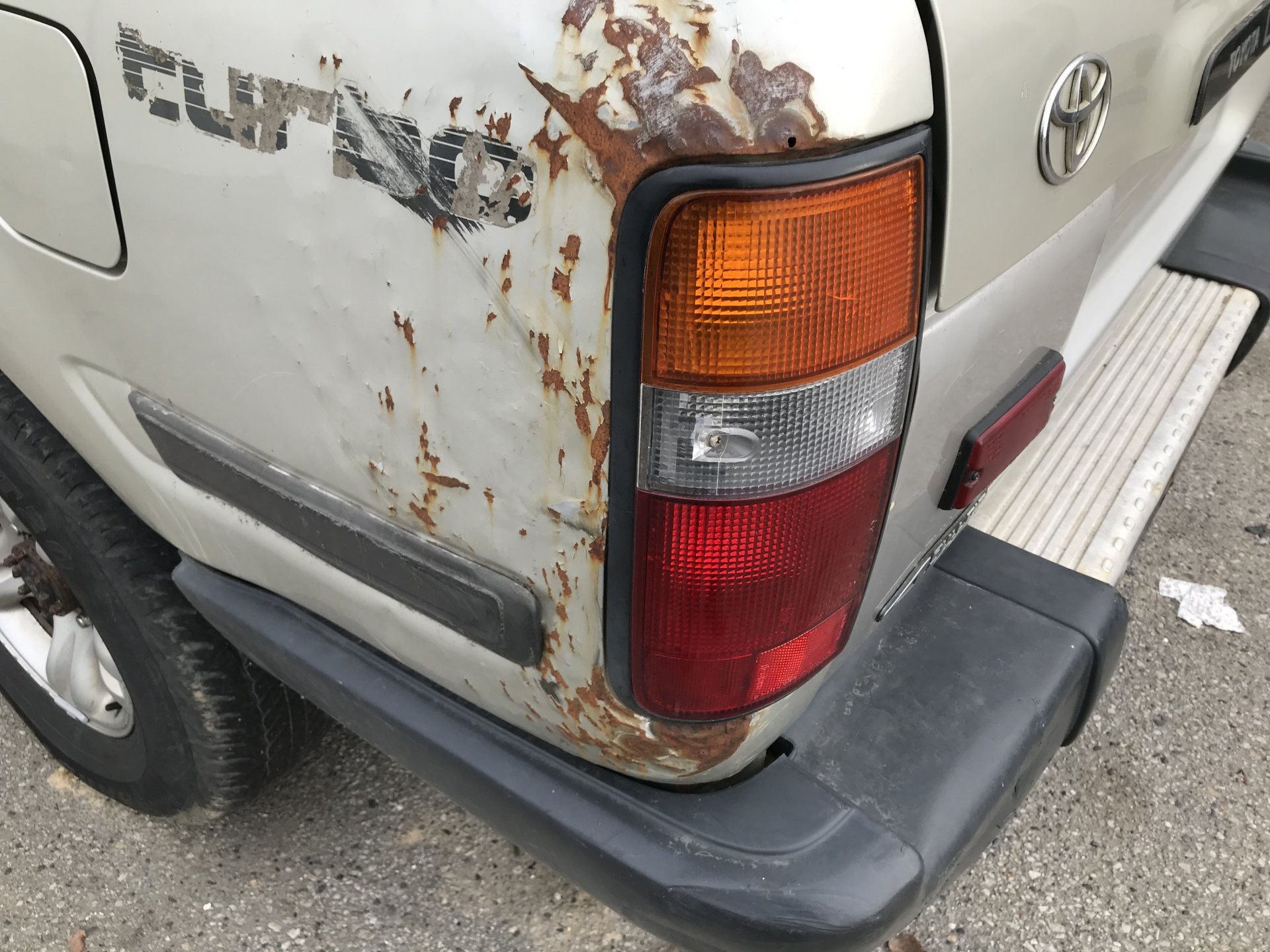 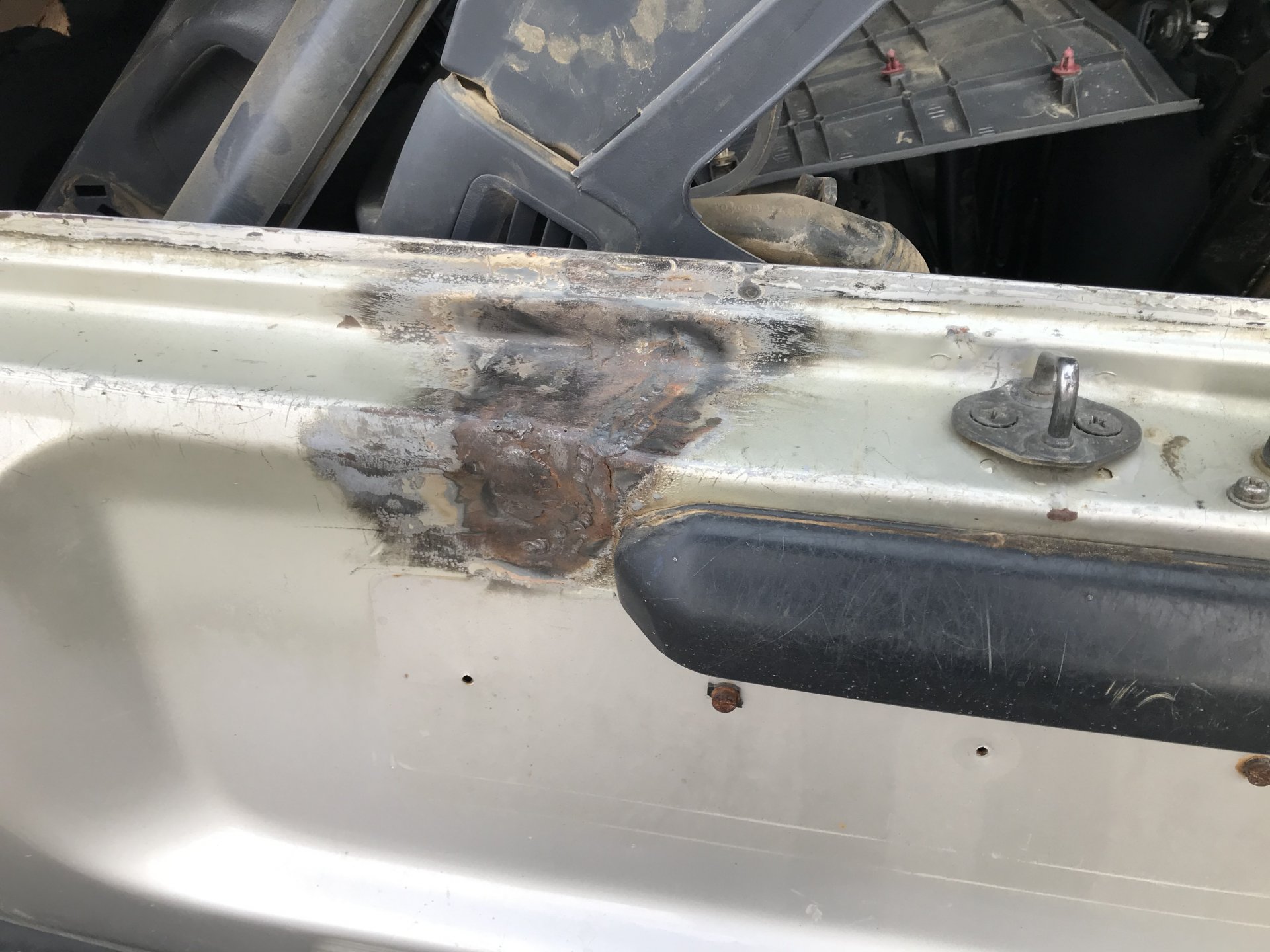 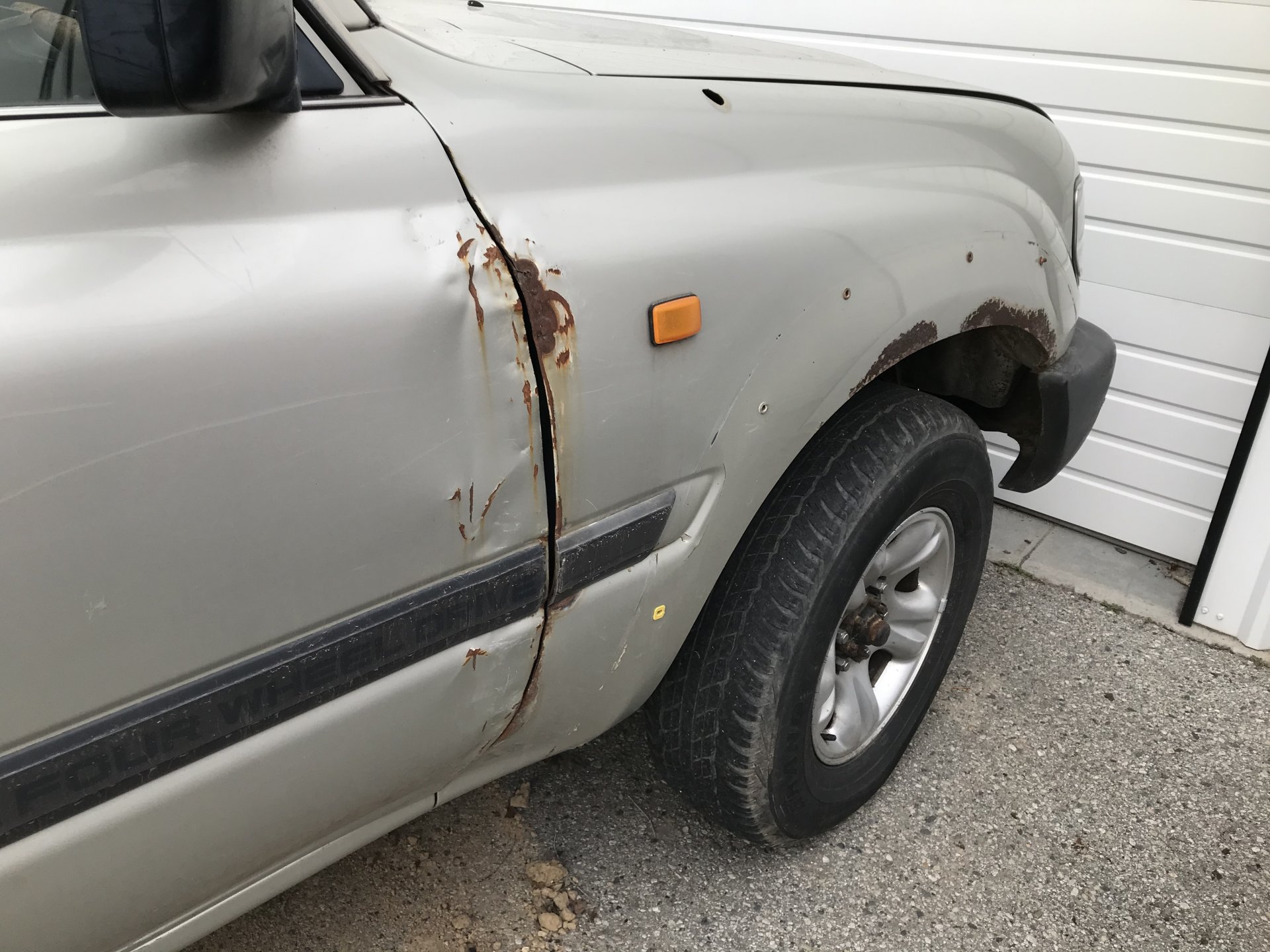 SOMEONE will buy that headliner since it doesn't have a sunroof. It would be good to recover and have one without a hole.

BILT4ME said:
SOMEONE will buy that headliner since it doesn't have a sunroof. It would be good to recover and have one without a hole.
Click to expand...


Going to cut it where we need for our chop. Its the least filthy up front and this truck does need a headliner too.

SNLC said:
Going to cut it where we need for our chop. Its the least filthy up front and this truck does need a headliner too.

Wow thats dirty. Really apt name - blown away by the picture behind the cluster - where did this thing live? I know its from "france" surrrrrre!

gofast said:
Wow thats dirty. Really apt name - blown away by the picture behind the cluster - where did this thing live? I know its from "france" surrrrrre!
Click to expand...

I've seen heaps of it from out here in rural aus... bull dust will get into every nook and cranny, just the way it is
Last edited: Today at 2:36 PM

wait....what river in France or Belgium was this in??

holy schnikes you have your work "cut" out for you.

I do have a couple vids on YouTube of the Cruiser.

Engine running before tear down. Seemed to run alright, smoked a bit.


Here is some seriously crunchy birfields.

B
Looking for info on an 80 Series PTO Setup