New location at Infinity Downs Farm in Arrington, VA. Much closer to us than the previous location in Asheville, NC.
Any interest?

I had checked their site a few times in the past weeks and they didn't have a location yet
I am definitely interested in going! Especially with it being that close

I'm thinking it may be worth a day trip to see some of the cool kit people are coming up with... I guess I'm not sure it's worth the $$$, depending on the cost to bring the family.

If the classes don't all fill up the Experience package might be worth it. It would be a bummer though to pay all that money then the classes are booked up. Otherwise hopefully a day pass depending on the price, I guess they didn't price that yet.

It would be cool to meet up with you guys

iBlaze said:
I attended last year's East, my first, and was super excited about going. Maybe I built it up a little too much beforehand, but it didn't live up to the hype for me.
Click to expand...

Crap... I feel like this will happen to me. I've hyped it up like crazy over the years and never went because I didn't think my then 80 would make it there and back

There was some kind of management change for East last year, I think. People who went to both were pissed. I would like to go to East this year just to see stuff and get ideas, but the internet is available from my couch, so...

iBlaze said:
I wouldn’t ever tell anyone don’t go. My recommendation is to get a day pass if it’s your first time, forgo the $$$ “Experience” tickets, and judge for yourself the best level of attendance (if any) for following years.
Click to expand...

Yeah, last year was at a new location that became a mud pit because of the hurricanes. An impassable mud pit for many, including an Earth Roamer and a Unimog from what I heard. They ended up closing the entrance on day 2. People were pissed. They were sent to remote lots to await shuttles that were few and far between.

There was clearly not enough SHTF factored into the planning.

I don’t remember if there was any type of compensation for those who never made it in.
T

I’d be very interested. When I saw the posting I didn’t want to open because I knew there were so few available dates I could swing. Then when I saw mid October, that’s when wedding, Colorado trip, swap meet and life opens back up.

I dragged the camper to OE East in Asheville last year and wouldn't do it again if it were that far. I might go again since it's relatively close, a bonus to Arrington is that's its fairly close to some wheeling spots in Va.

I didn't realize they were turning people away, I left and came back a few times over the weekend and they were being weird about letting me back in until I explained that the baby food was in the camper inside the venue and pointed at my big knobby tires, then they let me in. It was kinda fun watching the 4x4s with M&S tires slide around. After 5 minutes watching a Disco II trying to get to his camp spot they finally pulled him up the hill with a skid-steer. Everyone selling maxx trax clones sold out early and there were a lot of cool vendors. The classes filled up but they seemed to be okay with walk-ons, maybe because of no shows.

I'm fling to San Diego next month and brother and I are wheeling across the desert from San Diego to Flagstaff and are going to check Overland West for a day or two. I here it's a lot bigger with more vendors, guess I'll find out.

I'm planning on heading down for one day just to look at the vendors and the other rigs. Day passes for Fri $25 / Sat $35 / Sun $15. Does anyone else plan on going down?

TimmyTRex said:
I'm planning on heading down for one day just to look at the vendors and the other rigs. Day passes for Fri $25 / Sat $35 / Sun $15. Does anyone else plan on going down?
Click to expand...

I got the 3 day camping pass. I'll probably get there friday around lunch and leave early-ish Sunday morning.

buying tickets for Friday, figured it'd be fun to check out

Myself and @1428Mike will be set up with his trailer all weekend. Would like to introduce myself to a few of you guys. We are in Roanoke and our wives don't do camping.

I will be heading down as well for the whole weekend. Probably Thursday through Sunday. Have a few items to try and button up on the 40 before I want to drive it 2+ hours. Otherwise, might have to take the GX460. Look forward to meeting some new folks.

Comet said:
Myself and @1428Mike will be set up with his trailer all weekend. Would like to introduce myself to a few of you guys. We are in Roanoke and our wives don't do camping.
Click to expand...

Don't worry folks, it won't take long to figure who the brains of the operation are!

JohnVee said:
Don't worry folks, it won't take long to figure who the brains of the operation are!
Click to expand...

Exactly. Hey, wait a minute. Something funny is going on here.

Looking forward to photos for those of us who cannot make it in person.

Pretty cool event, glad I only went for a day though 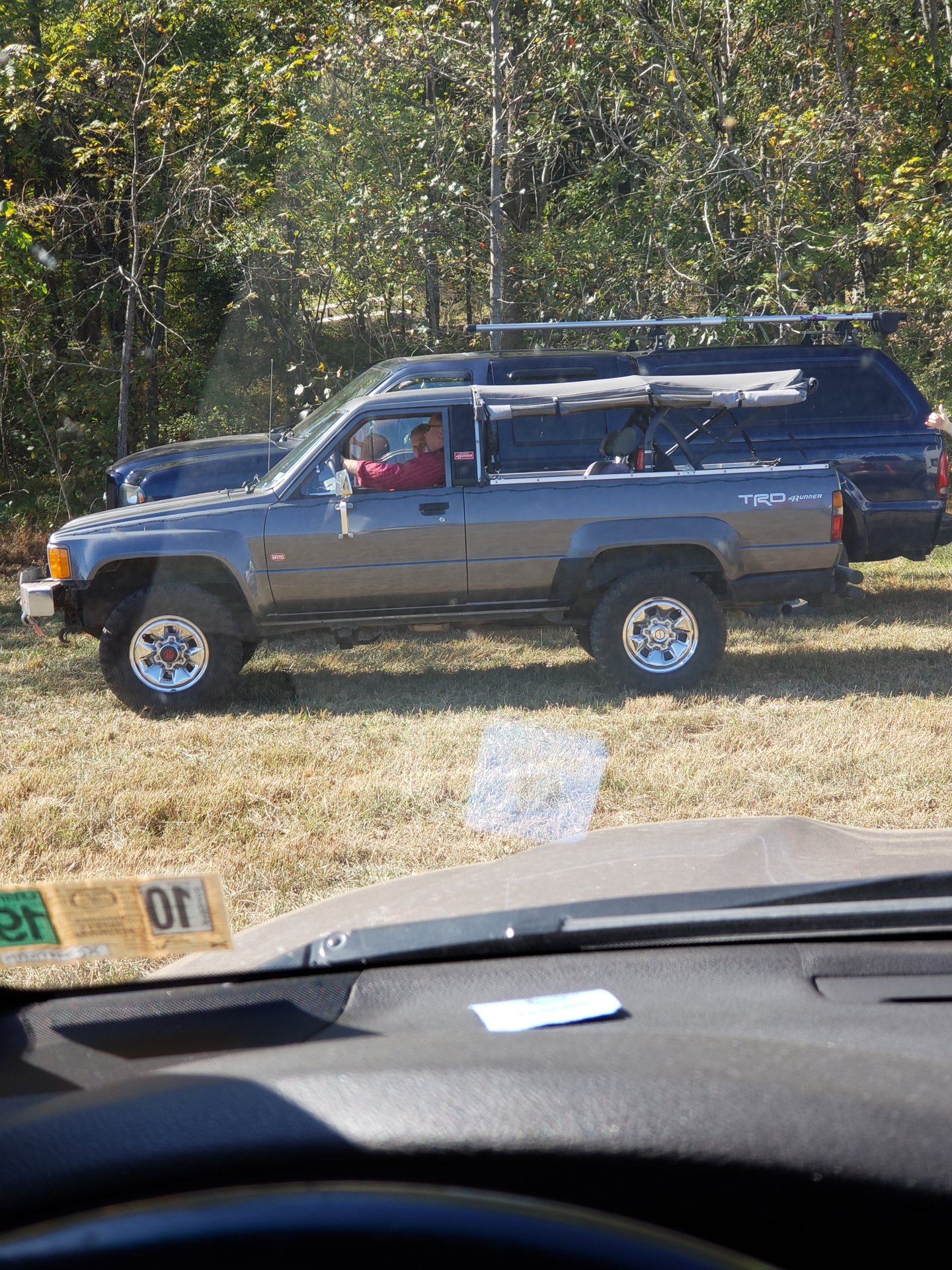 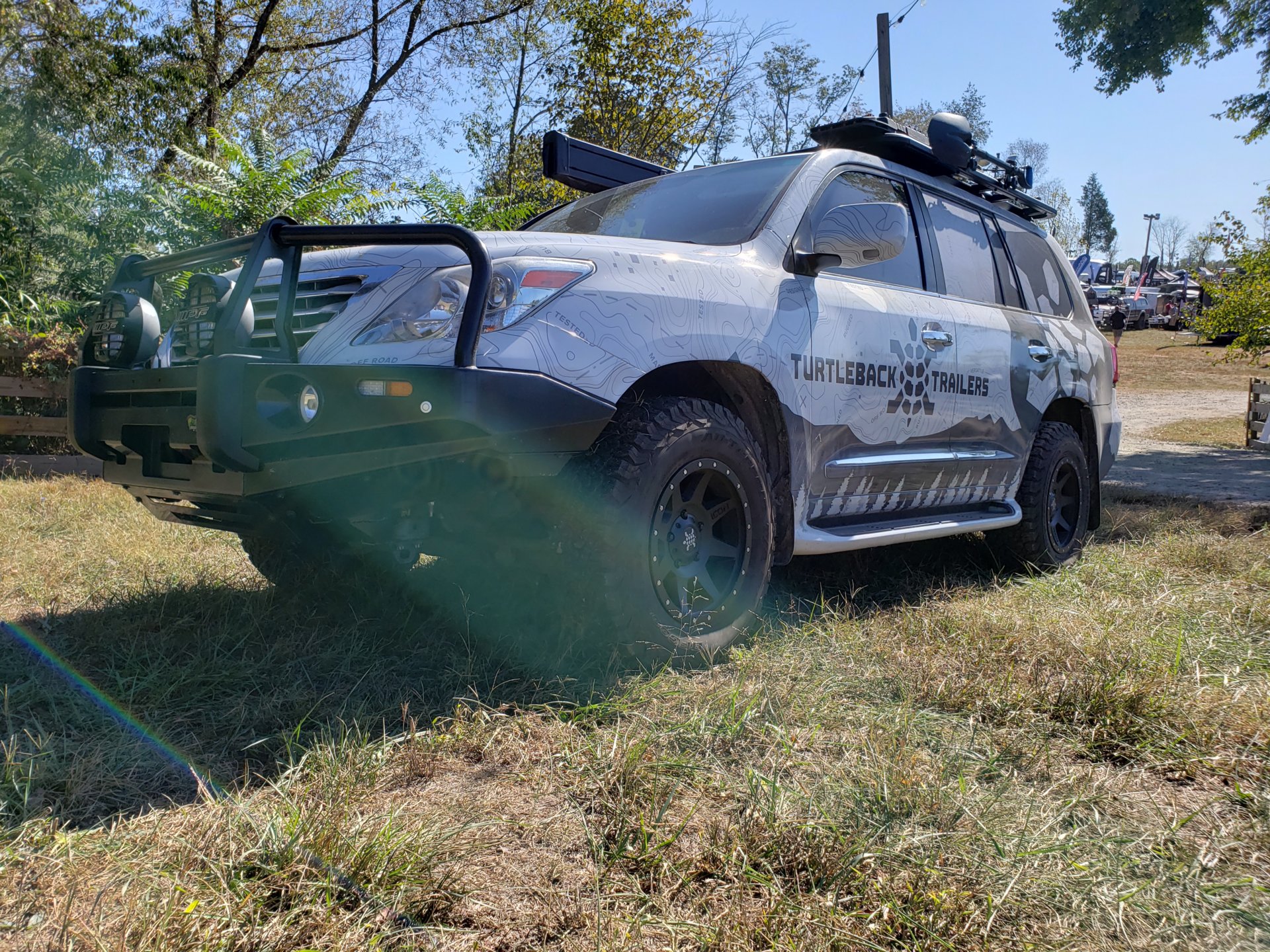 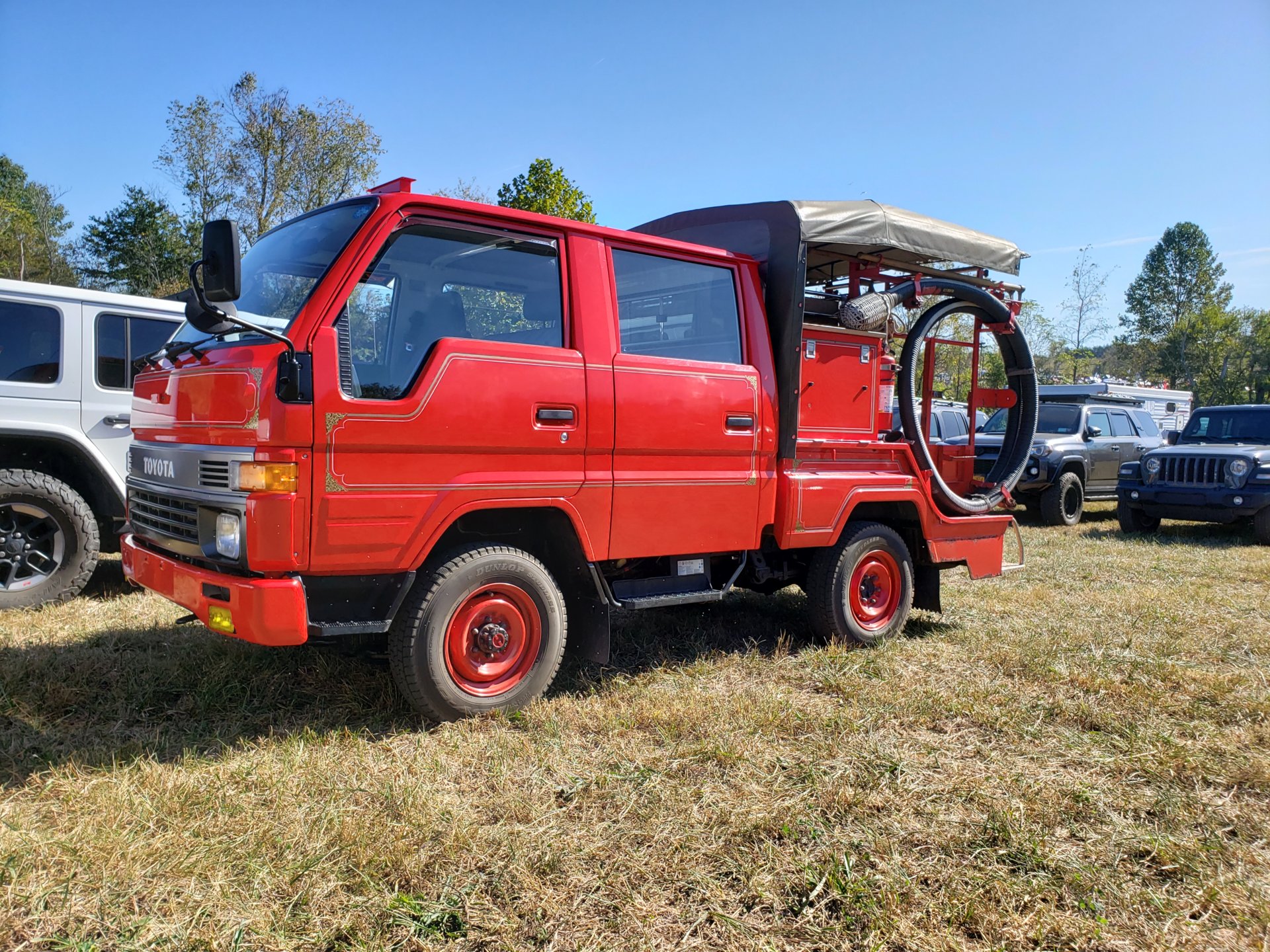 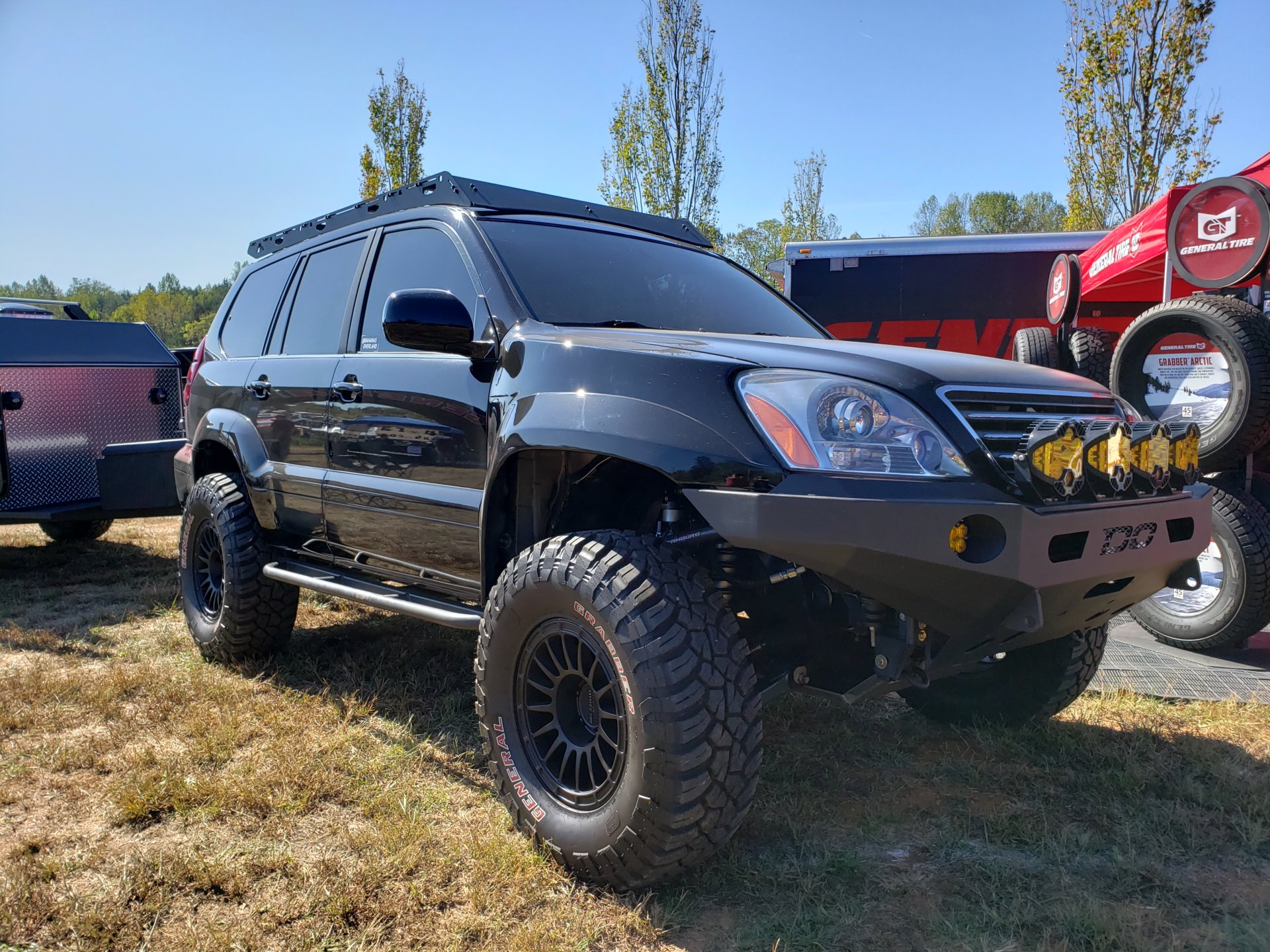 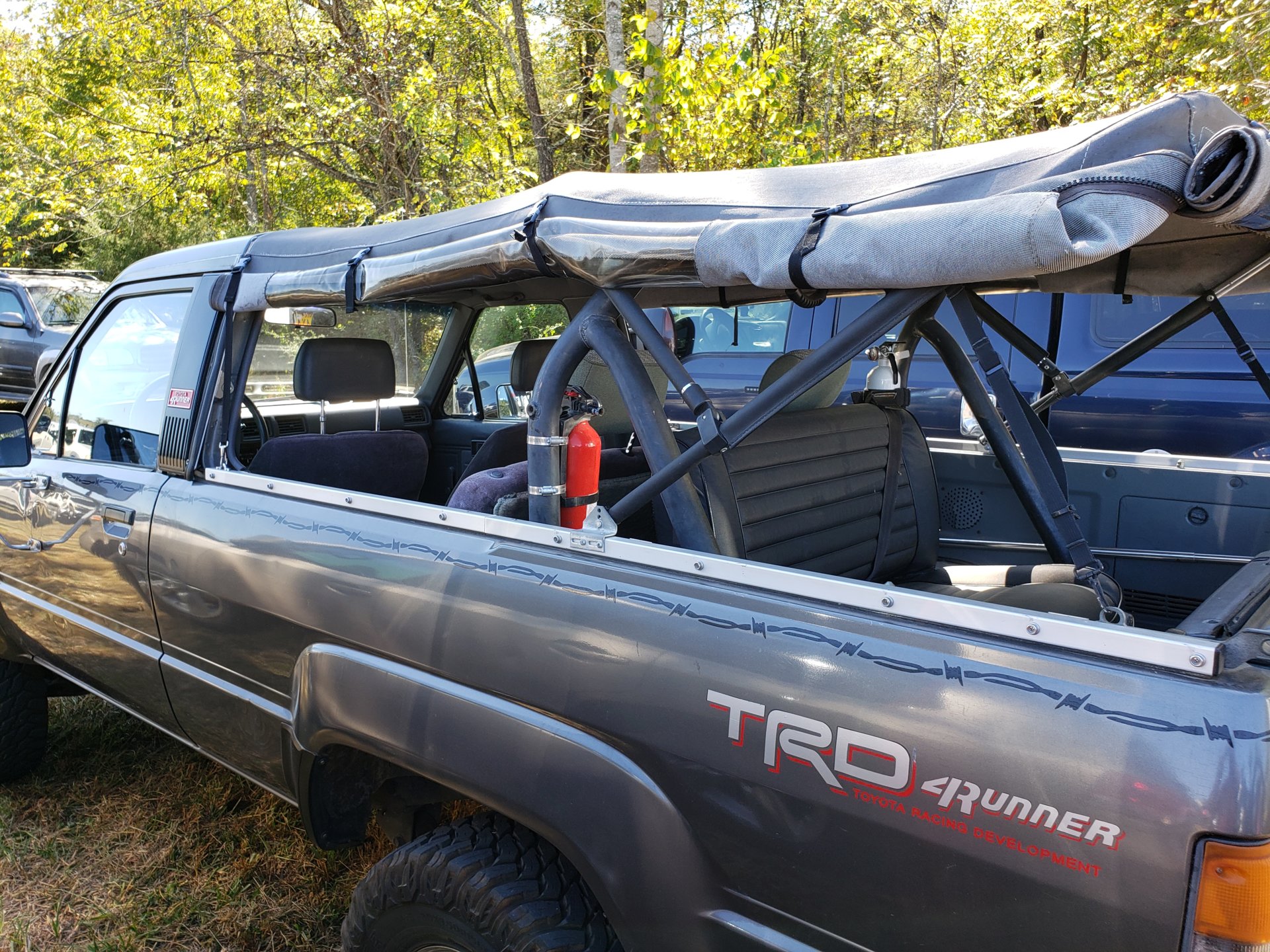