Of tyres, tubes and split rims

Hi guys, this is a long story and I hope it will start an interesting discussion.

My 1988 Toyota FJ 62 is just nicely run in at 490 000 km. It had the standard steel split rings, and we did a trans-Africa trip in 2011 with these. I learnt a lot regarding tyres, inner tubes and the need to put talcum powder in the tyres from locals, including a tiny little Arab guy who took five minutes to dismount and mount a split rim, something which two husky Supaquick workers wrestled with for 15 minutes.

The lack of people who understood split rims and can provide inner tubes prompted me to buy four Pro-White rims and convert to tubeless. Two of the split rims were kept as spare tyres. One has an old Bridgestone on, the other had a newer (2018) Bridgestone, but a tyre specialist pointed out that I had, on one of the Pro-Whites, a 20 year old Continental. So we swopped them around with the Continental going on the spare.

The BFG had a patched tube inside, and one morning about 30 km outside Letaba rest camp in the Kruger Park it blew with a loud thud. It seems that the tube had worn through at one of the patches and the air, instead of venting as I would have expected through the split rim, blew a part of the thread off the tyre. There was no heat involved when I changed it, also because of sufficient baby powder.

Tiger Wheels were helpful and agreed with the diagnosis. They pointed out that the Bridgestones were not made to have tubes, but could not really come up with an alternative.

Second issue is the rims. The pro-whites are thinner steel than the old split rims and, despite relatively light duty, shows paint cracks and rust at points on the 'spokes' which I think are due to stress. Various tyre people want to sell me very pretty mag rims. For me that is simply a no-go. I have seen alloy wheels crack or break while steel rims might bend but can be repaired. The cost is also a factor.

So I have two questions: Do I go back to the split rims? Is there a place in Pretoria where they still know about these rims, tyres to match, and still carry talcum powder? Or are there steel rims that I can trust? The ProWhites are not bent, but I will not trust them under extreme conditions.

Second, what tyres can go with split rims? I did ask Michelin through agents, but the answer was that due to COVID their people do not visit agents.

I will try to attach a few pictures and look forward to fellow traditionalists' comments. 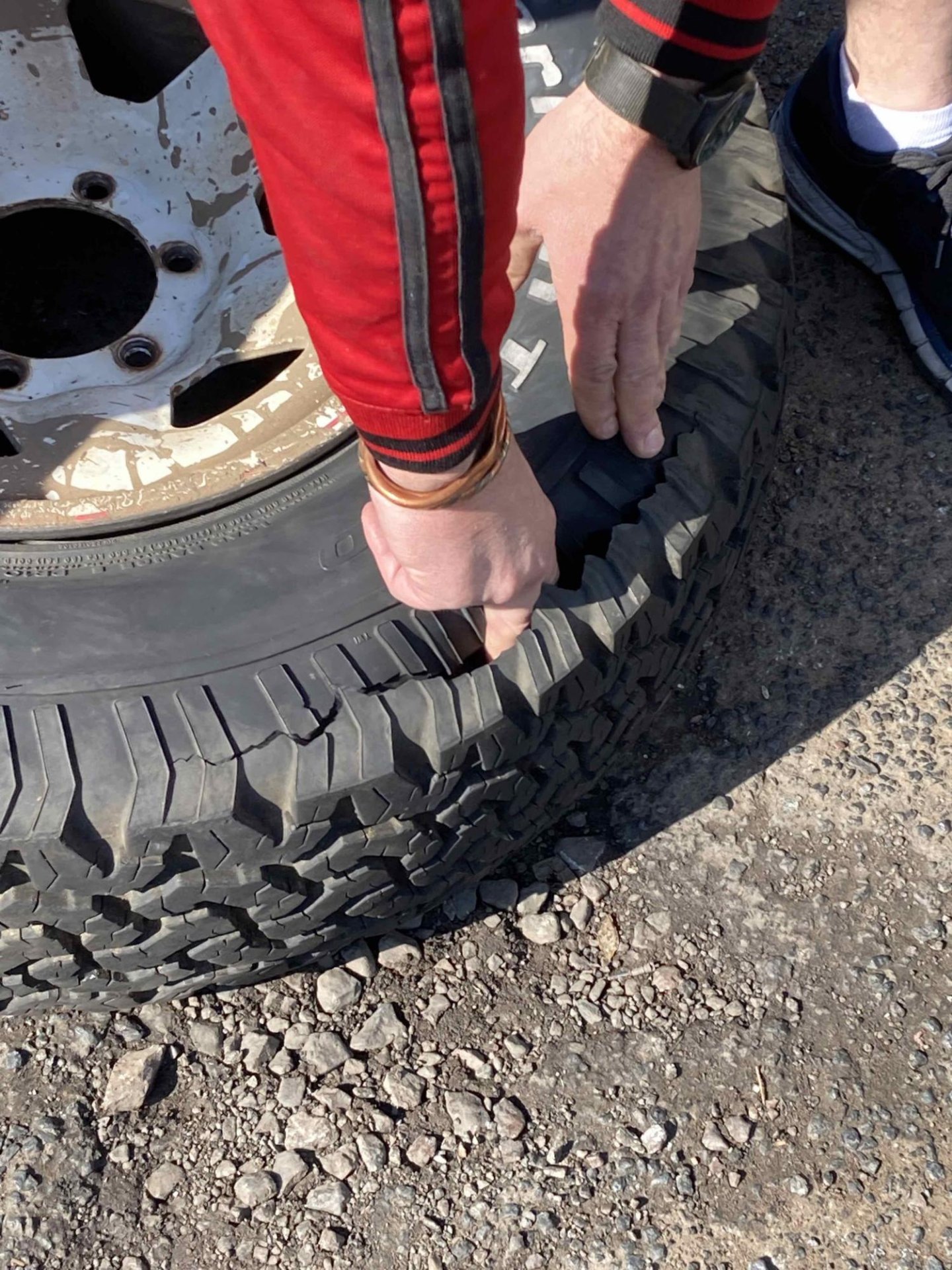 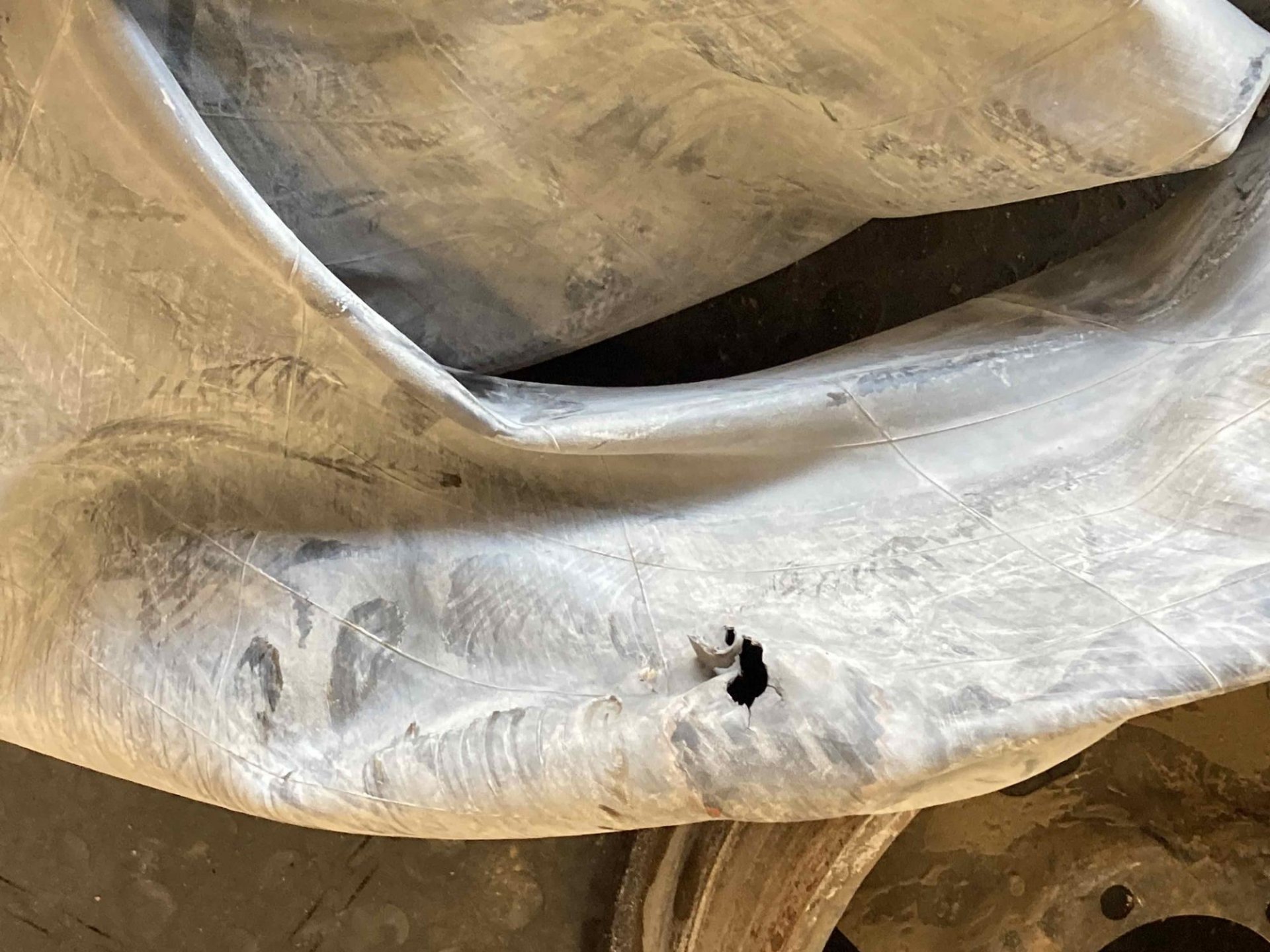 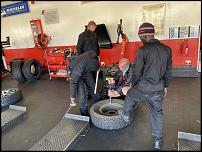 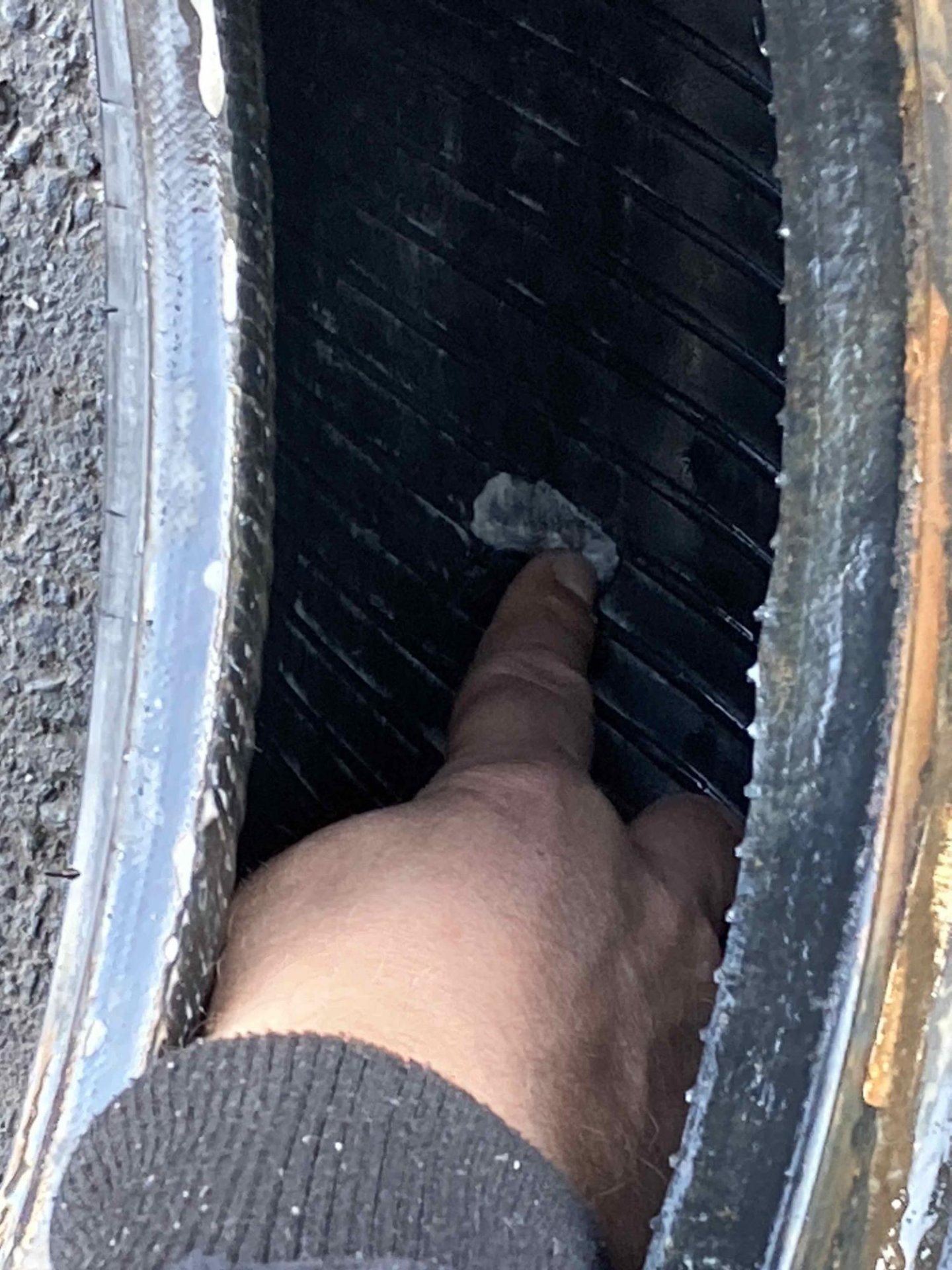 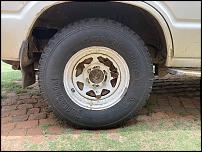 I do t think any USA 60 or 62 series came with split rims. You might have better luck asking in the 40 section

Can you order or get US-spec 1 piece OEM Toyota rims? The stock FJ60/62 rims (chrome) sold on US-spec trucks are quite stout - especially the center section (the mounting face).

They are more stout than FJ40 1-piece rims. Many aftermarket steel rims are thin and unimpressive, as well. Here's a photo of a US-spec FJ60 rim. They are 15"x6". 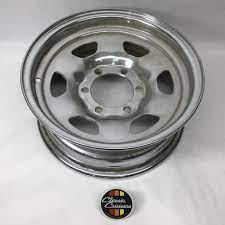 Run splits in oz on my patrol. Had patrol splits and then went to cruiser splits (wider rim and better offset).

Anyhow, talcum powder, yeah you use it liberally when installing the tube. You make sure that there is *NO* dirt in the tyre carcass where the tube goes. You run tube liners/flaps (or whatever the local lingo calls them) to protect the tube from the rim.

Decent set of bead breaking pliers and a couple of good tyre irons. Tip Top cold vulcanizing patches & 'cement'. Scrapers etc to prep the tube for patching. Spare tubes of course. Big/thick patches in case you need to put a patch on the tyre carcass for a bigger hole/slit.

A bit of liquid detergent (or if you care, some 'real' tyre/tube lube) to easy pulling the tyre off and reinstalling it.

I just run standard tubeless tyres (obviously with tubes) on my splits. Never had an issue. Nothing magic afaik. Tubes need to have the appropriate valve stem to match the hole location of the rim and to come out far enough to allow easy access to the tyre chuck.

Repairing a puncture in the bush: 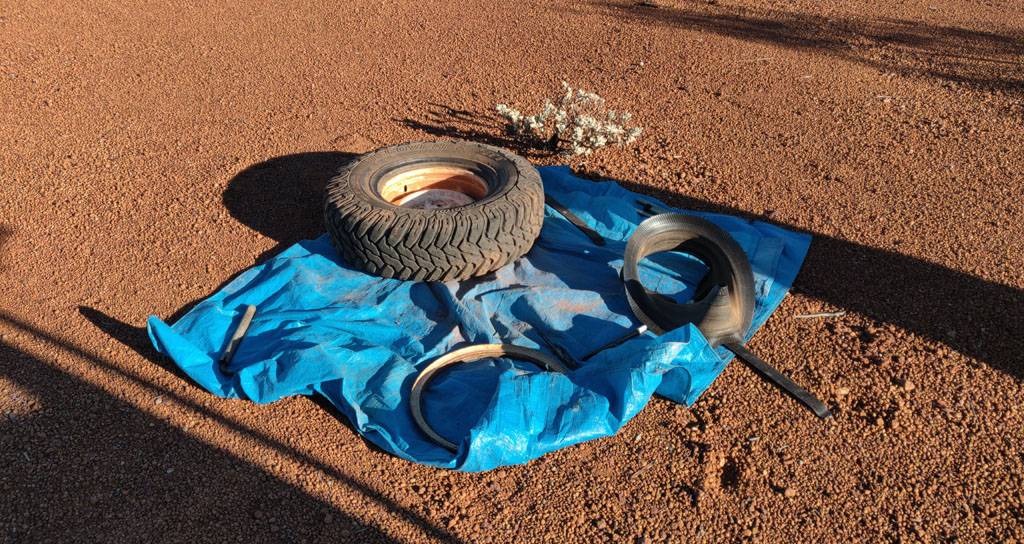 Thanks for the comments. Yes, I could try to order Toyota rims but have been reluctant so far, they put a heavy premium on the brand. As for the Aisussie comment, that has been my thinking all along. I even once got a container of baby powder with a rattle on top! Well, my Cruiser is my baby, after all. Any preference for brands of tyres? Michelin/BFG was apparently rather specific against putting tubes in.

I love splitrims because self repair and no need for shop, have to decide to buy new Michelin for them (dry rot cracks appear now) or go back to non split rims or 235/85x16
Changed about 25 of them so not a pro but getting better every try, now they are stuck for sure after some years so bush advice is to release them before going on a trip. 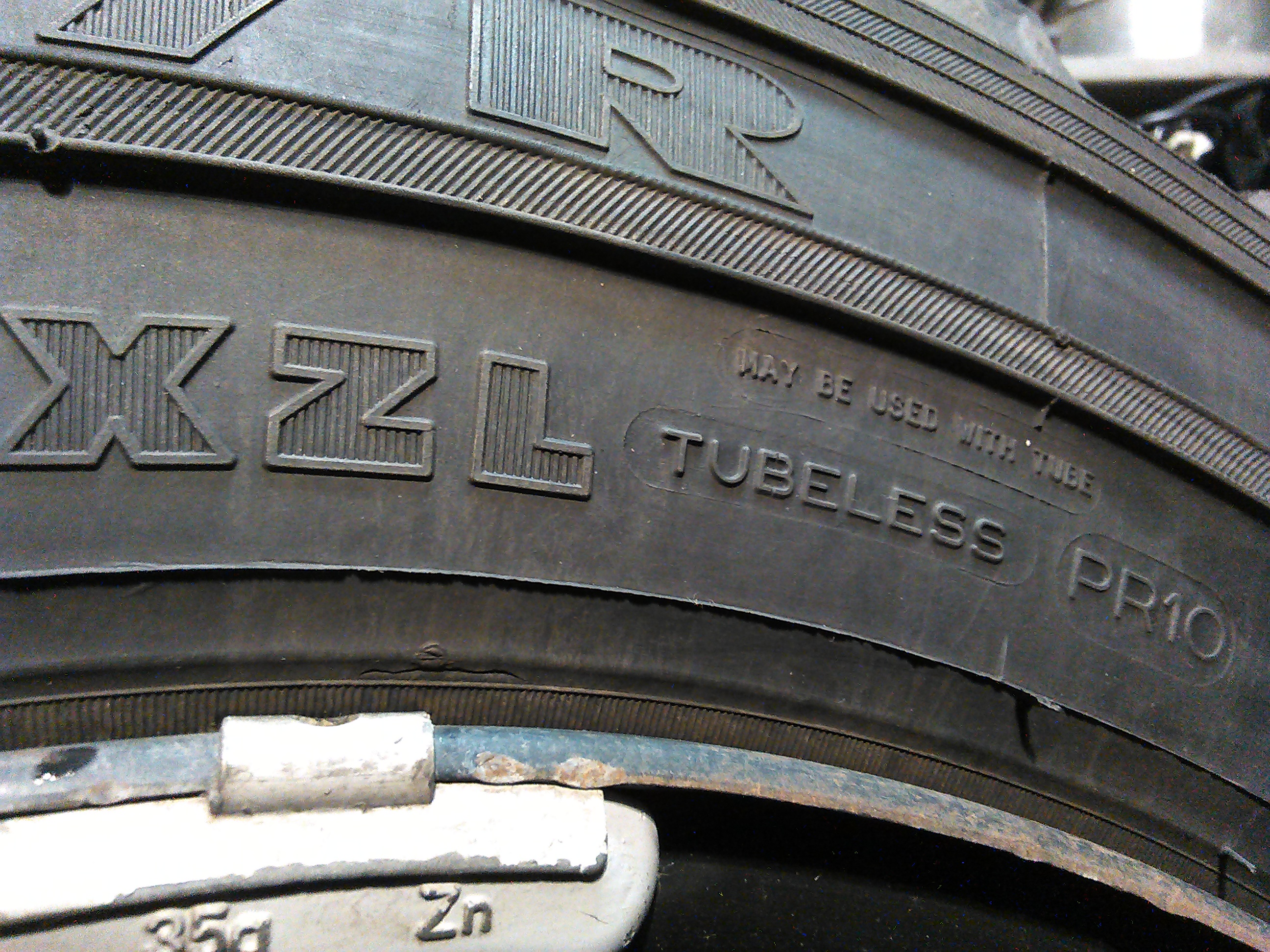 Always talk/baby powder, correct valve and new tubes as they get old can get small punctures, where they very slowly leak.
I am cheap but the new tubes is a must for me after a few leaks without puncture!

Leak can be tested with laser thermometer, if one wheel is a bit hotter that others it is lower pressure, before the eye can see it deflating!
I was thinking about adding laser thermo meters at every wheel but a set with dash monitor does not exist, still would be handy. 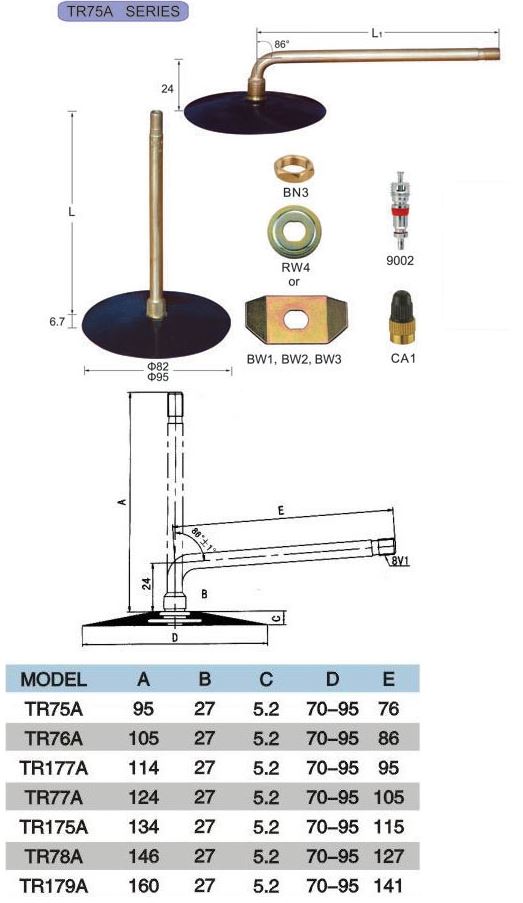 Old tube can have small hole, also the wheel can sound like an steam locomotive, releasing a hiss sound , then 3 minutes quite, then a hiss again! 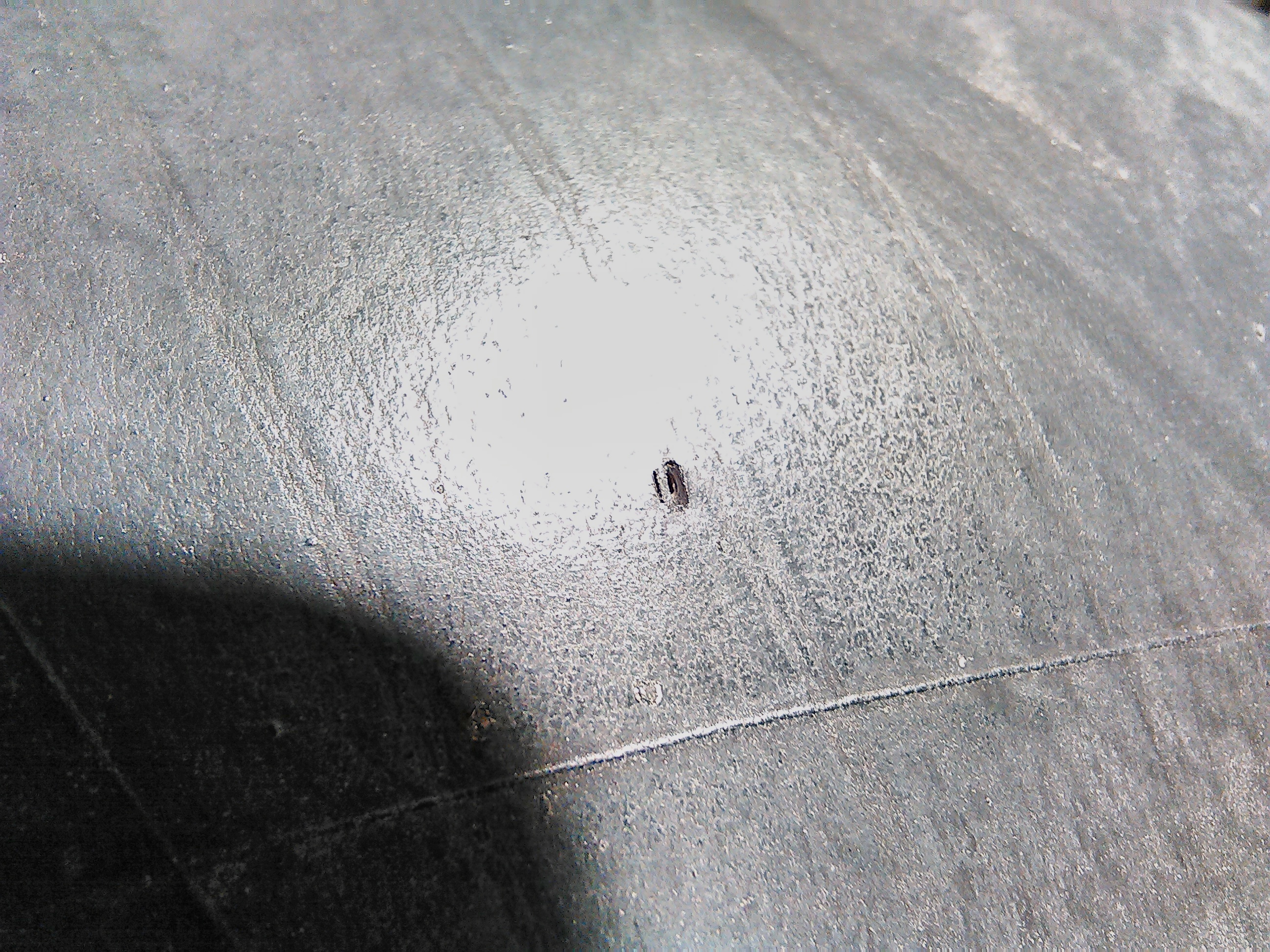 My info is below in link, 5 pages, to much to copy paste. 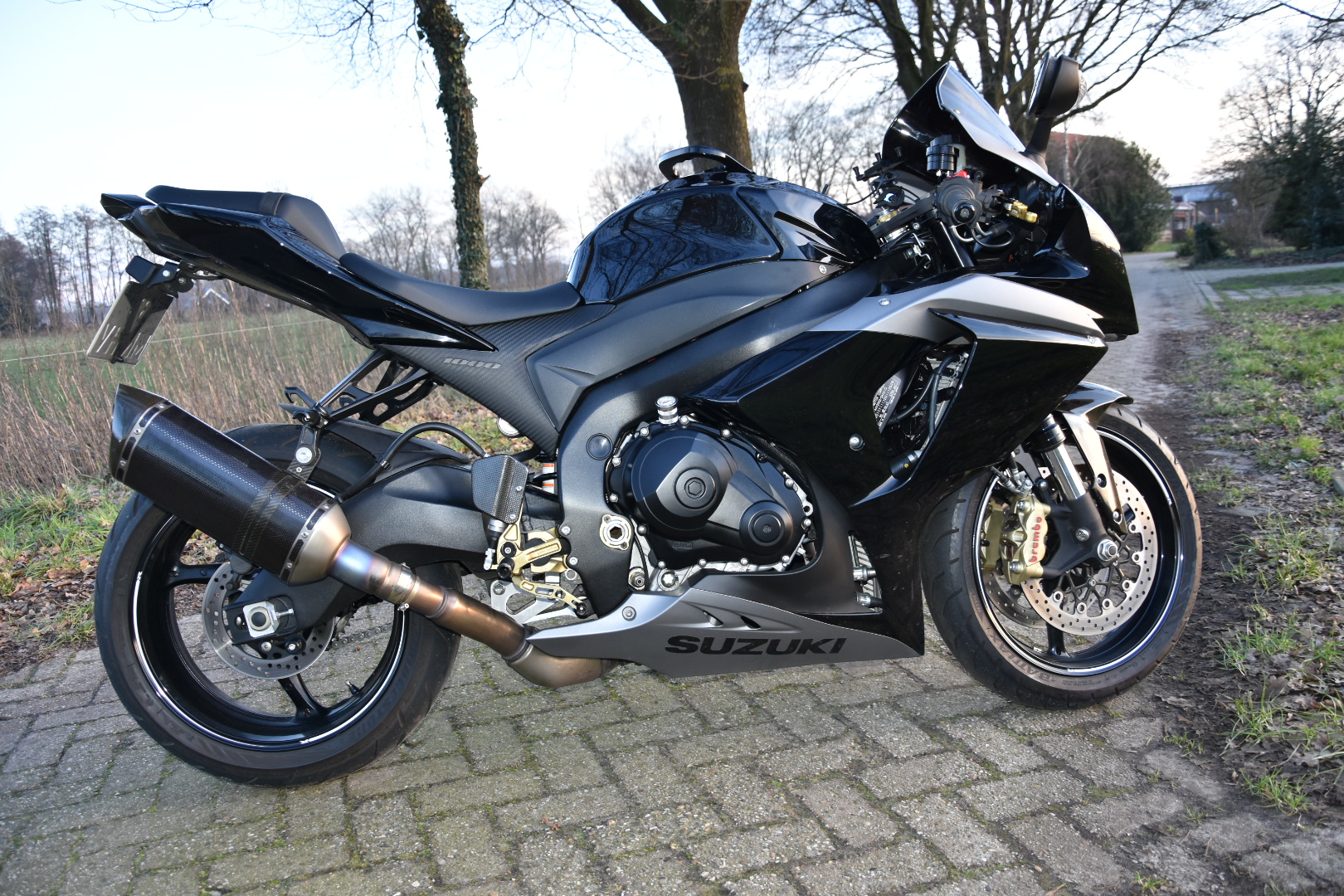 :!: Replace OLD inner tubes with new because they will fail soon and again after repair. :evil: :( Where I bought my tubes, very nice sales depar 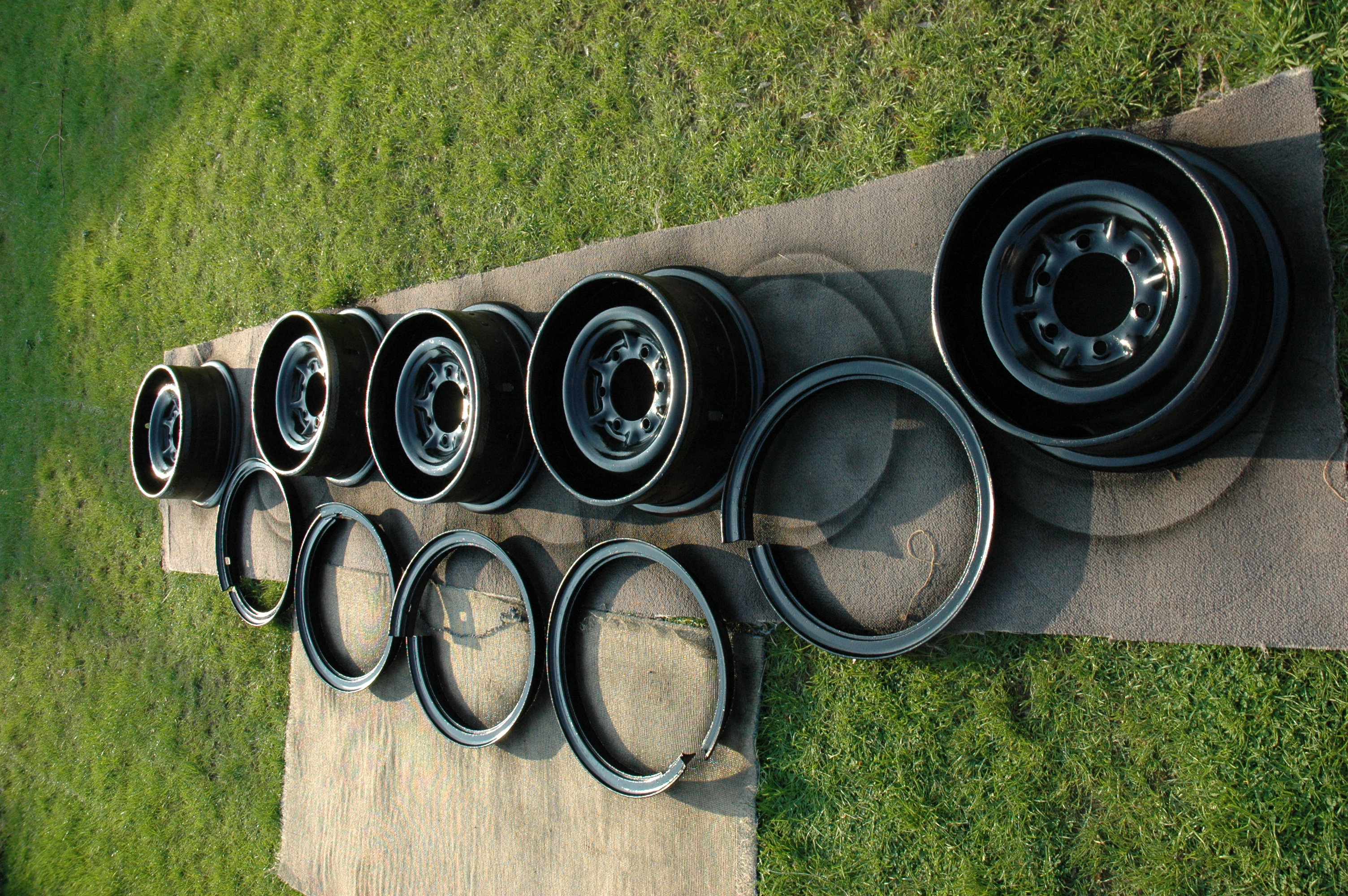 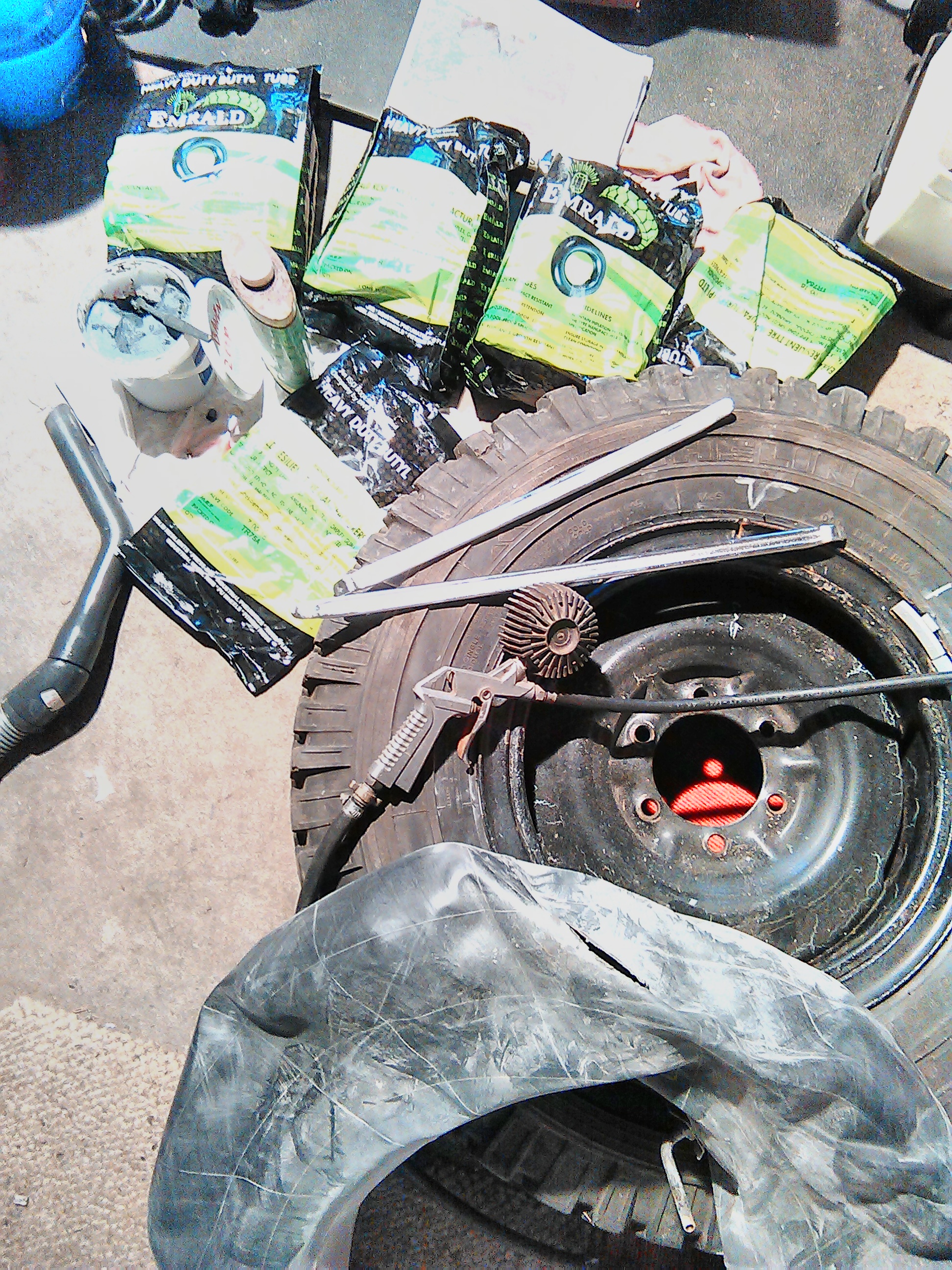 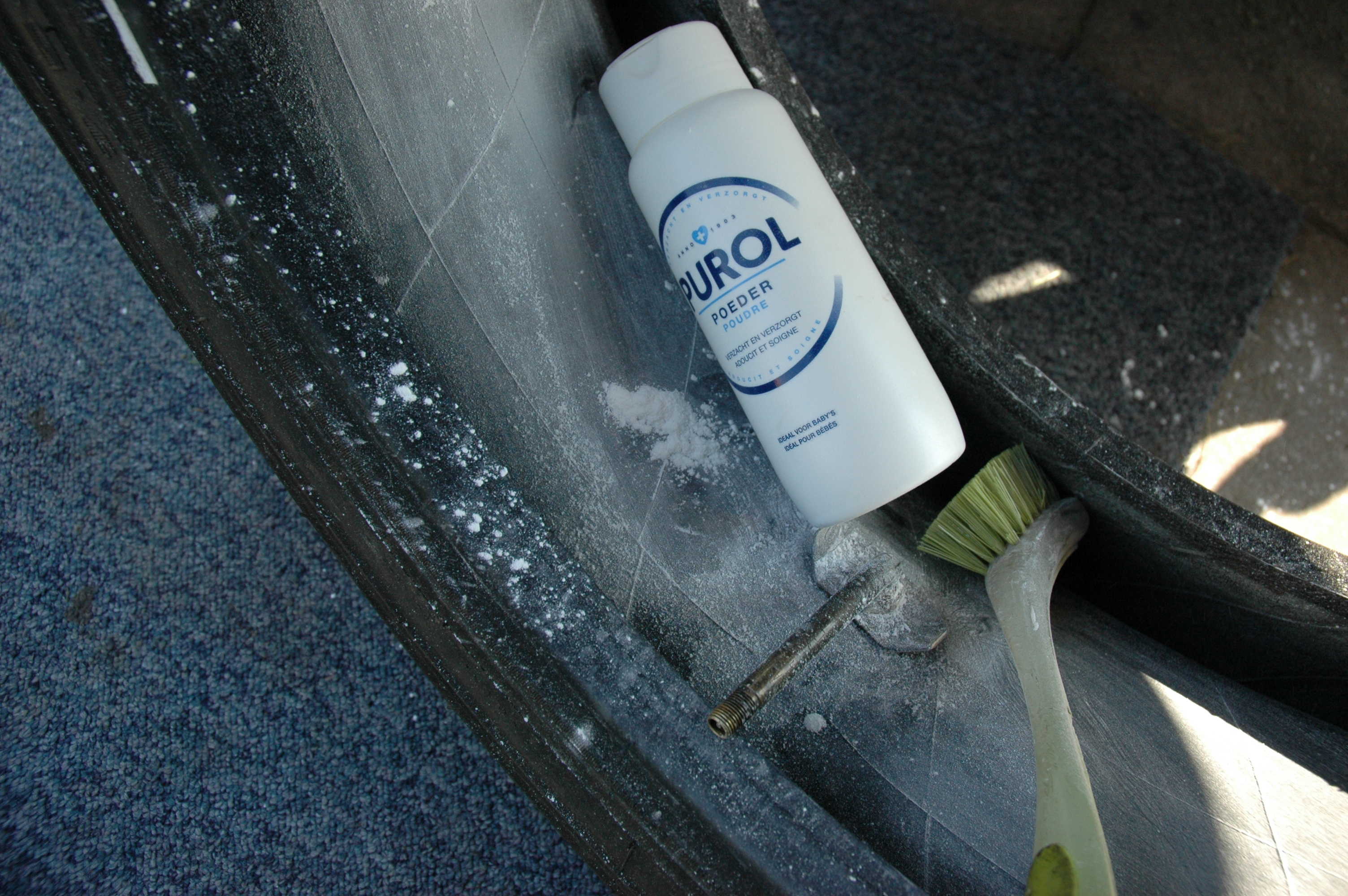 pizza cutters, not for everybody but to me far better in mud and tracks than wide tires. 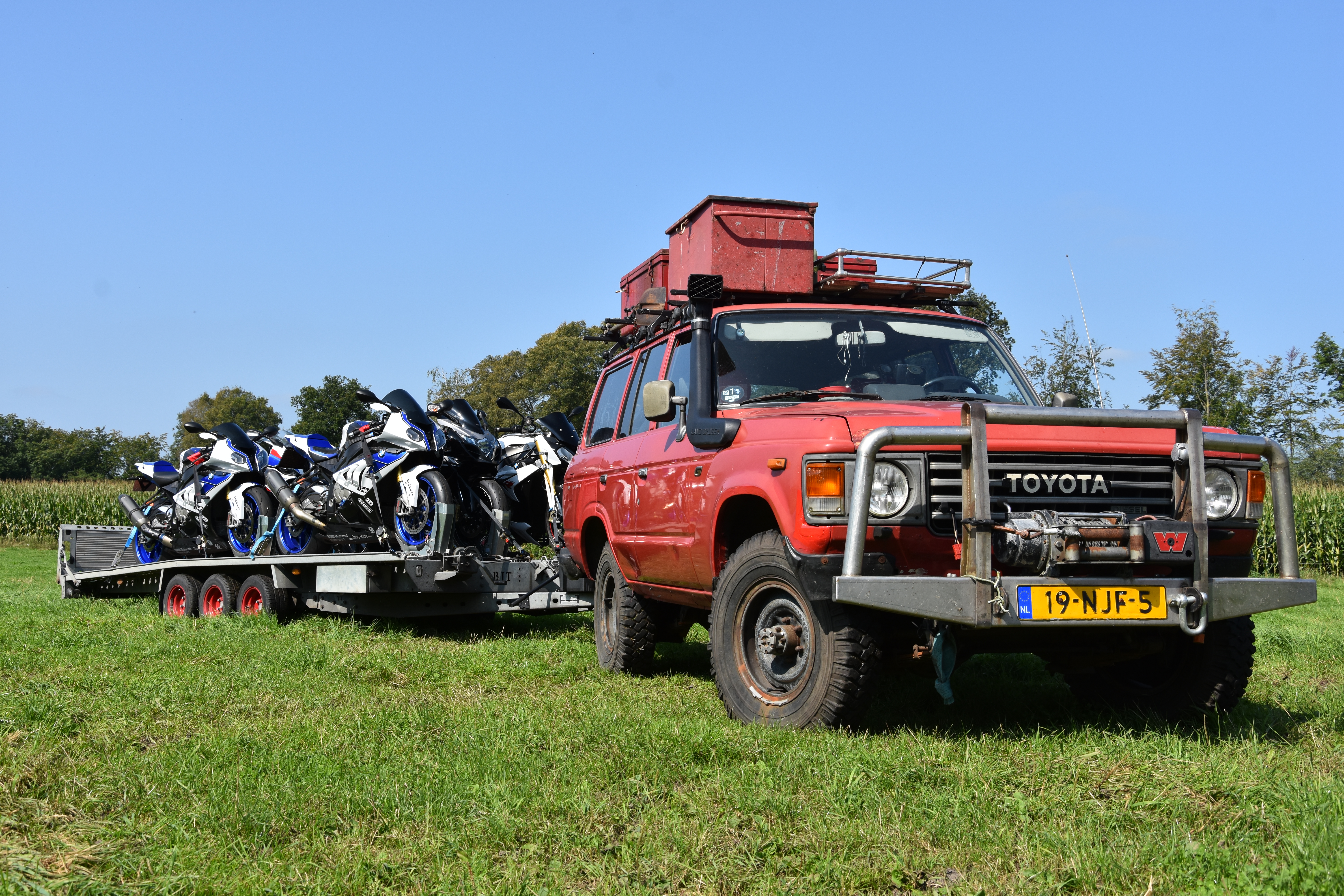 Why not add a video, cost nothing and these events were non exist last years, splitrims, michelins, front&rear lockers and go up

Out of curiosity what is the appeal of split rims? Appearance?
G

You can take them apart with hand tools in the field & put a fresh tube in, then keep going. I love them!

To the OP, we jeep like 5 new tubes & an extra liner in our troopy at all times. If we get a flat, we just swap tubes & go, then patch the tube at camp later & put it back into rotation. If we ever get a tube with a few patches, we toss it & get a new one when home to replace it.

Split rims are/were popular in places that don’t have tire shops anywhere. Main feature is easier disassembly and use of inner tubes
C

Strength and ease of repair in the field.
You must log in or register to reply here.