I purchased an OEM air filter from the stealership and when i installed it it had a sticker on top that illustrated it was washable up to 10 times. The filter element was yellow in color. It looked exactly like the one that i was replacing but it had no sticker. hummmmm......
Then i went and looked around the air cleaner assembly and noticed the mini canister below it...wich had two latches.... so i wondered and to my suprise the thing was almost full of dirt! wow......i've owned this rig (97LX450) for about a year now.

You have found your "tuna can", congratulations.

Why would it become necessary to replace the tuna can ? It seems to me only a disasterous collision or a really bad mechanic would damage it.

actually I bought it but have not installed the new one yet, I got oil on the little rubber flapper on the bottom of it and it swelled and no longer sat flush against the drain hole, the can stopped collecting much of anything, figured this was allowing back flow of air through the can slowing/stopping its collection of debris, that or it was falling out the open hole, I don’t know witch.

Called Dan and could not get the rubber flapper alone but the whole can was only ~$10, got the felt seal wile I was at it. (IIRC it was ~$1 )

In the mean time I had made a temporary repair on the old one, took a small piece of titanium scrap just large enough to cover the 3 holes and sealed it on with high temp RTV. this deletes the purpose of the hole, letting water out, but I have been checking and even driving high speed in the rain I have not found any water in the tuna can,

Back to your original thought I think they are talking about replacing the air filter, not the tuna can.
K


I haven't been able to collect much of anything in my tuna can. So little that I felt it was fairly useless. I think now I better take a good look at the bottom and see if there is a rubber flapper and if it fits correctly.

You might have explained the poor collections, though I thought it was my excess zeal in cleaning my air filter.

$ 45 seems awfully cheap for an OEM filter...how I envy you guys the parts.

The problem I had with the K&N was that it didn't fit! The base plate in the air box was larger than the diameter of the inside of the filter.

I spent an eventful Saturday getting my truck - recently released from Customs - back into some sort of shape after the packers abused it. Poor Baby.

LCphil said:
after the packers abused it. Poor Baby.
Click to expand...

You were in Green Bay WI without stoppin in and saying hi?

cruiserdan said:
You have found your "tuna can", congratulations.

so does this mean the old filters that look the same arnt washable? or are?

They are not labeled as washable but they look identical to the version labeled washable.

Try it and tell us what happens.

cruiserdan said:
They are not labeled as washable but they look identical to the version labeled washable.

Try it and tell us what happens.
Click to expand...

I just cleaned mine last week. It looked to be original 120,000 miles now. I didn't wash it because I didn't know you could. It was in excellent shape and I just used my air blower to clean it.

I did find the "tuna can" and it had about a 1/16 th of an inch of fine dust and small insect parts in it. Just blew it out and threw it in my parts washer, reinstalled.

Just about everything on this vehicle is overbuilt, or engineered to be serviced in the field. Ya gotta love that! 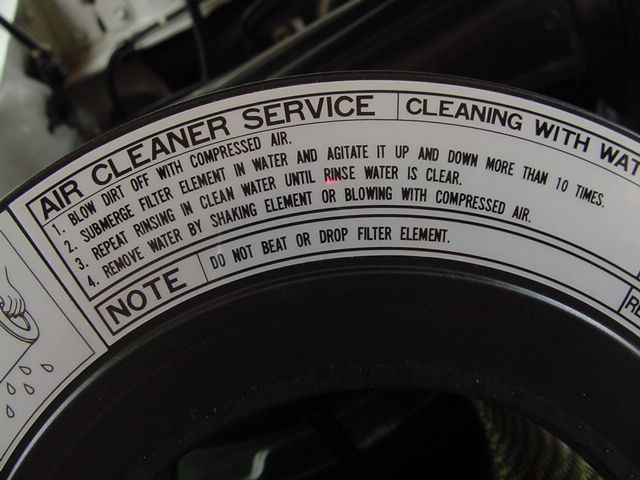 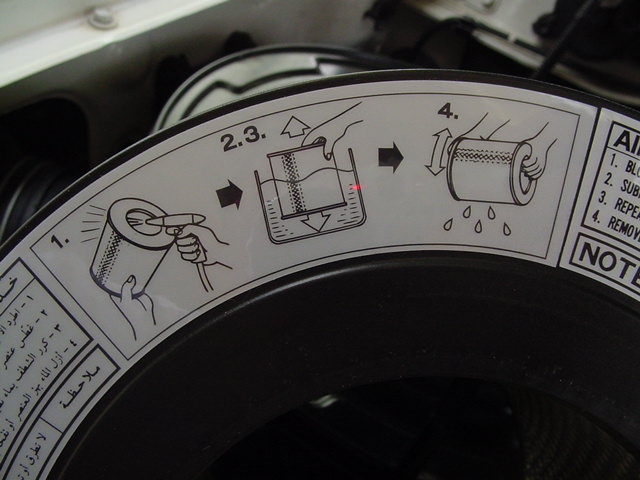 "Tuna Can", which years have them, or do all have them, and what exactly is the "Tuna Can" and where is it located??

Digger276 said:
"Tuna Can", which years have them, or do all have them, and what exactly is the "Tuna Can" and where is it located??

The air filter housing has a centrifugal pre-cleaner that separates out dust and grit before it gets to the filter, this allows the filter to operate in dusty environments longer before it becomes clogged, the tuna can is where this stuff is deposited. It is actually quite effective, in the spring mine will fill with pollen witch is a fairly light particle. The rest of the year I find a mix of clay road and brake dust with some fuzzy dust thrown in. 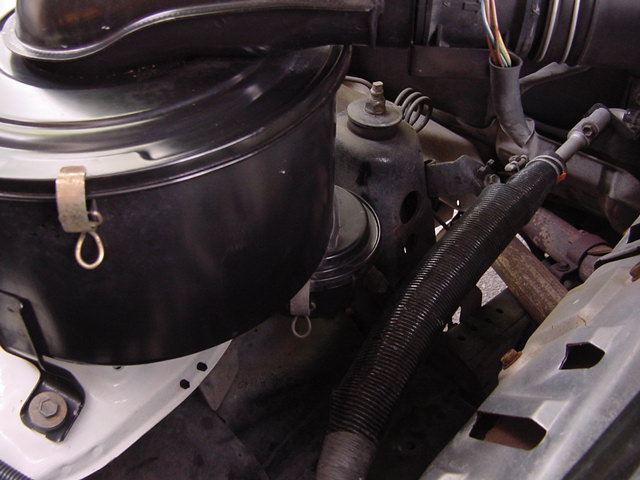