I sort of caught the tail wind of fourms.
I got my licence and a 80 just as Facebook groups begin to take off, always ended up here when I googled something and most of the time the was an answer already.

It’s weird to think all the times I’ve asked on Facebook groups for if people have done something such as a 4 link, torsion swaybars, cutting up and ruining the reliability of my car and gotten stupid replies on why would you bother blah blah blah.
And after going though a few build thread’s on here people actually have.


Kernal said:
The OP's got some real Mad Max skills.
Click to expand...

No I don’t hahaha, Im probably on the spectrum and just totally over thought my suspension set up for some reason.

Probably should get back into this and get the arms cut before Xmas..

Started thinking about the rear end and what I want to do there.
I have a pair of 10.5” 2.5 body radflos that would slip straight in with minimal work and just 2” springs…


Or a mate has this hoop he cut off his Ute when he changed set ups..
I have a set of 12” 2.5 body foxes laying around too which should work with “minor” trimming of the wagon body 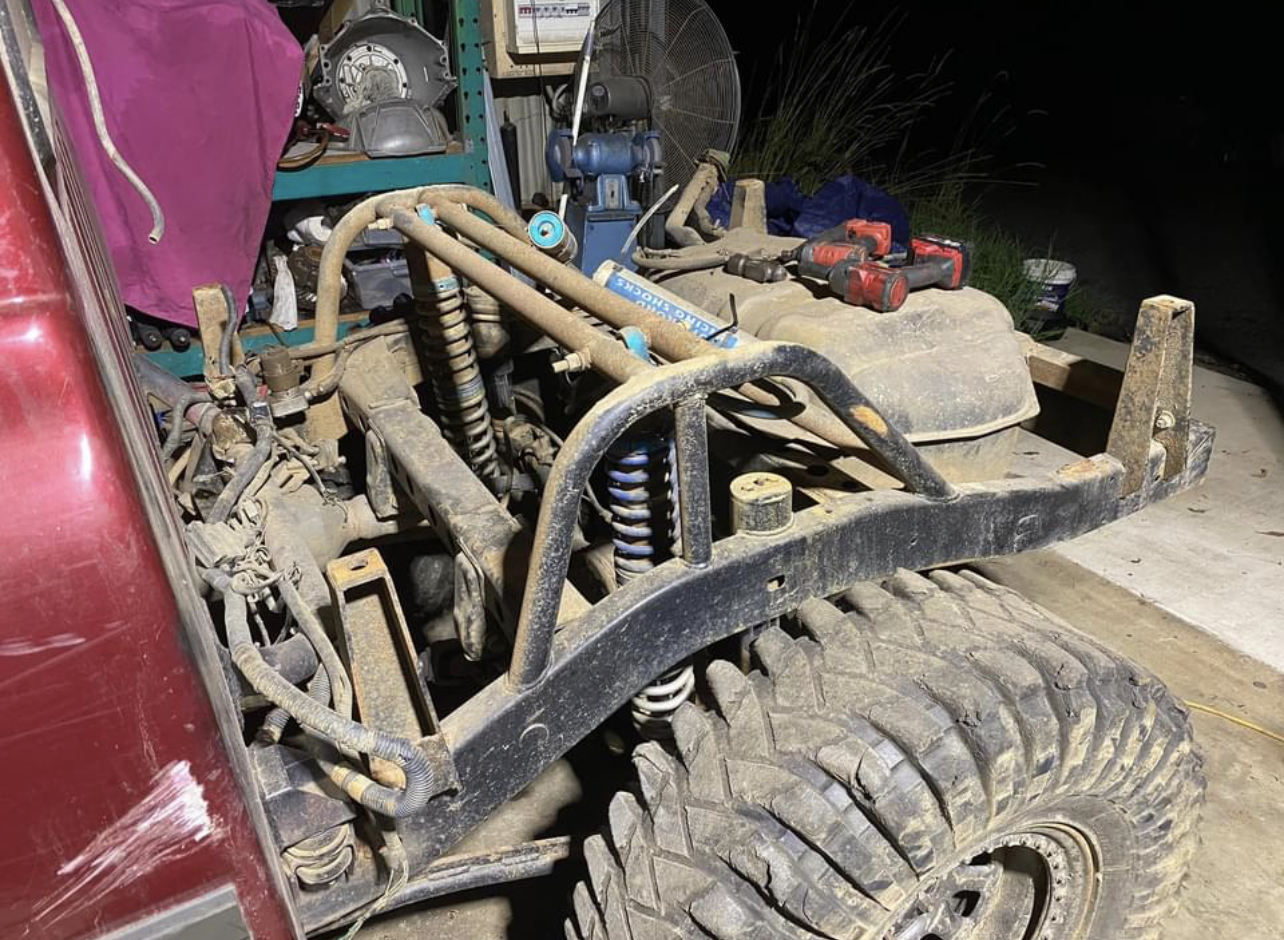 Which then also leads us down the rabbit hole of making the rear end work better.
I could:
A: just extend the lower links forwards on the same angle they are on, until they basically just clear the under side of the rail and dick around with the upper links remaining 5 link.
Which would allow me to keep the main tank
Make the under side a little smoother as I could make the lower link bracket like a ramp.

B, double triangulate it ditch the main tank like the Ute was planned to be. Lower links tucked up beside the rail on the inside. And have the main tank in the sub tanks spot.

C: Build a crossmember like nukegoat did, lowers sit under the main tank/rail

The only reason I’m really reluctant to have s*** hanging below the chassis rail is the type of wheeling we do. A lot of it is sharp steps which the lower link brackets catch on.
there have been instances where Nissan patrols (which have short little arms that run on terrible angles with terrible geometry) actually drive the steps easier than buggies do as the bottom of the chassis rail is flat shown here. 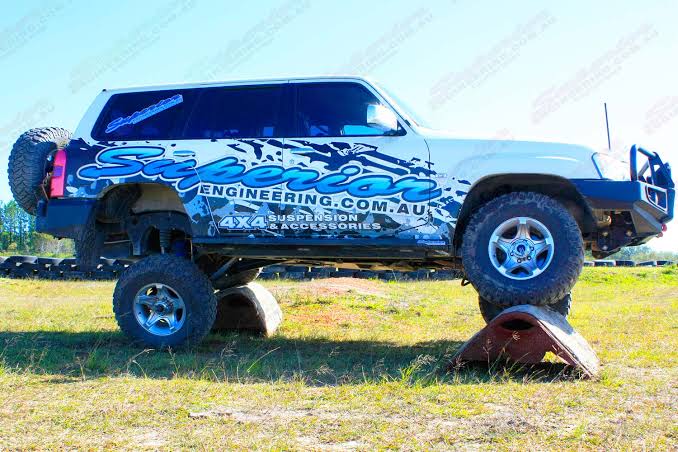 Basically I’m trying to find a happy medium between something that has half decent geometry.
While not act like a anchor such as the standard 80 lower brackets do

B seems like the answer to me. Everything else is a bit of a half-done type of build. You can't for example just lengthen RLCA without dealing with uppers too. It is all a can of worms, why not just start from scratch and build it how it should be, geometry wise?

I would also consider wheel base, since shelves, ledges, steep inclines are often easier with a wheelbase in the 116-120" range vs a stock 80's 112". 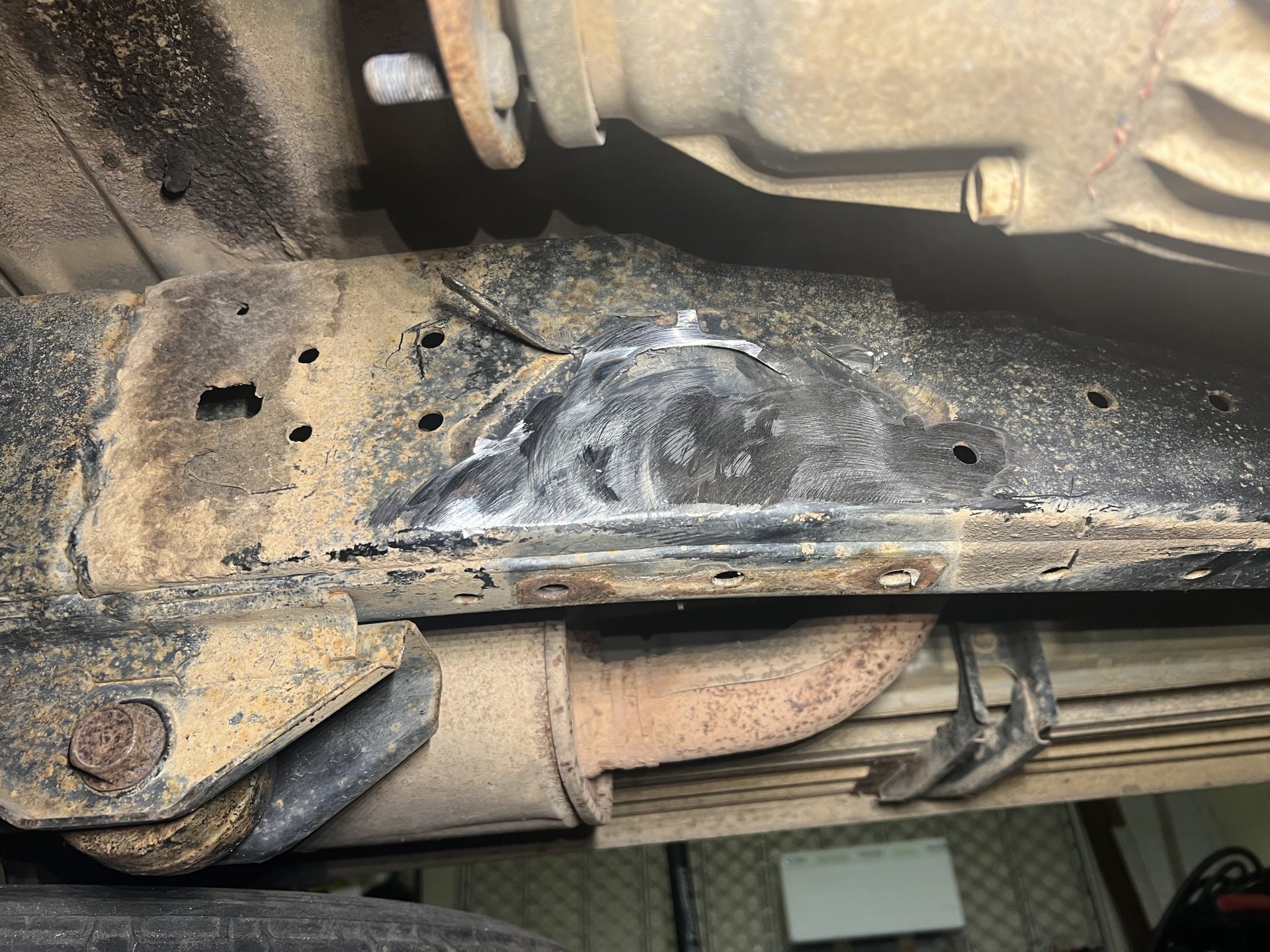 This was not fun.

But it fits. Will need a slight trim around the transfer case, will weld in now and start drawing up some radius arms 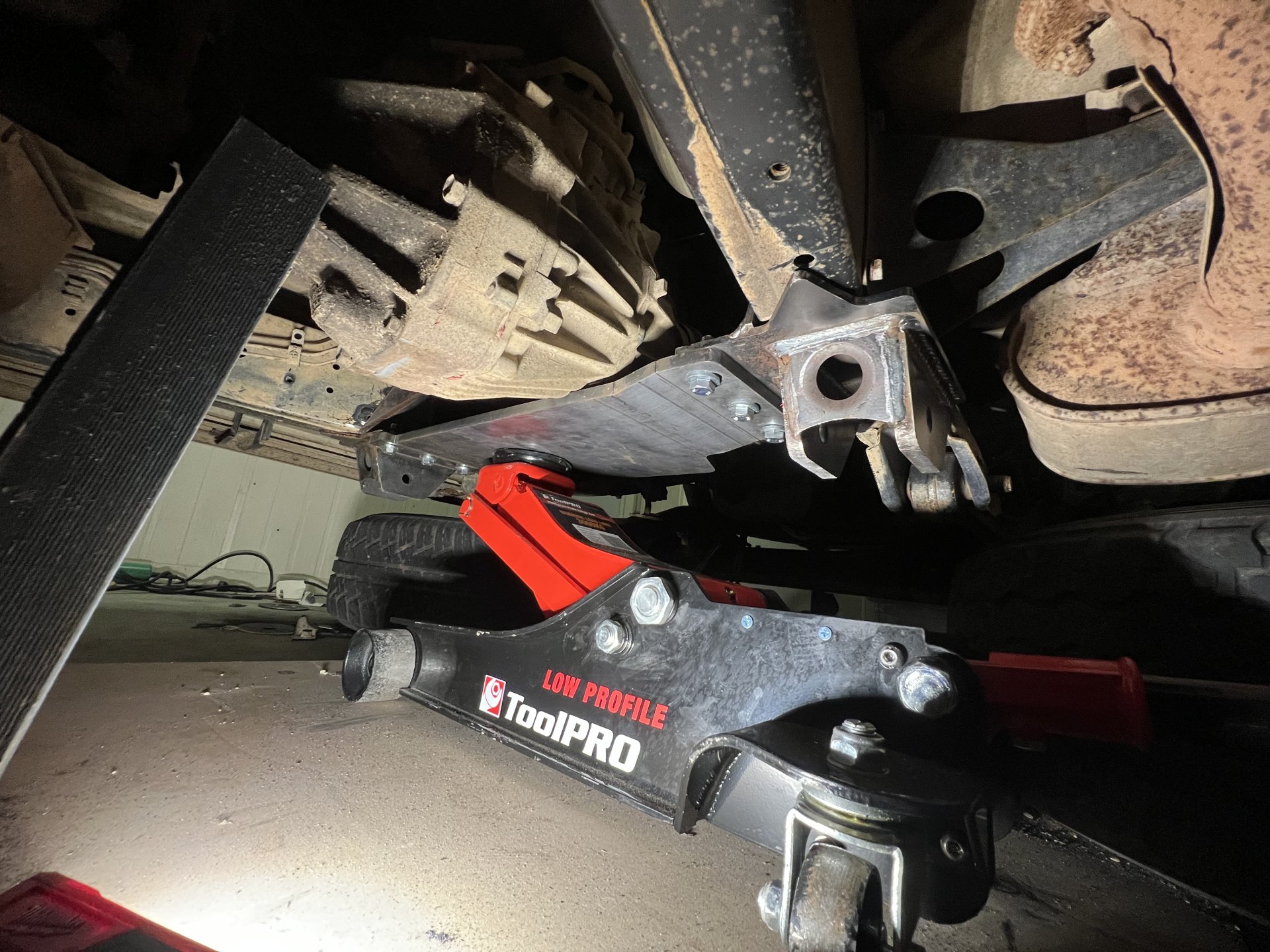 Alright started up my complicated cardboard aided design process.
I’d also like to point out I’m no expert just a bloke in a double car garage having a go with a few smart mates.

So I layed the radius arm on some cardboard and hit it with a hammer like a caveman to mark the bush positions. Traced around the outside. Made the end 280mm longer. 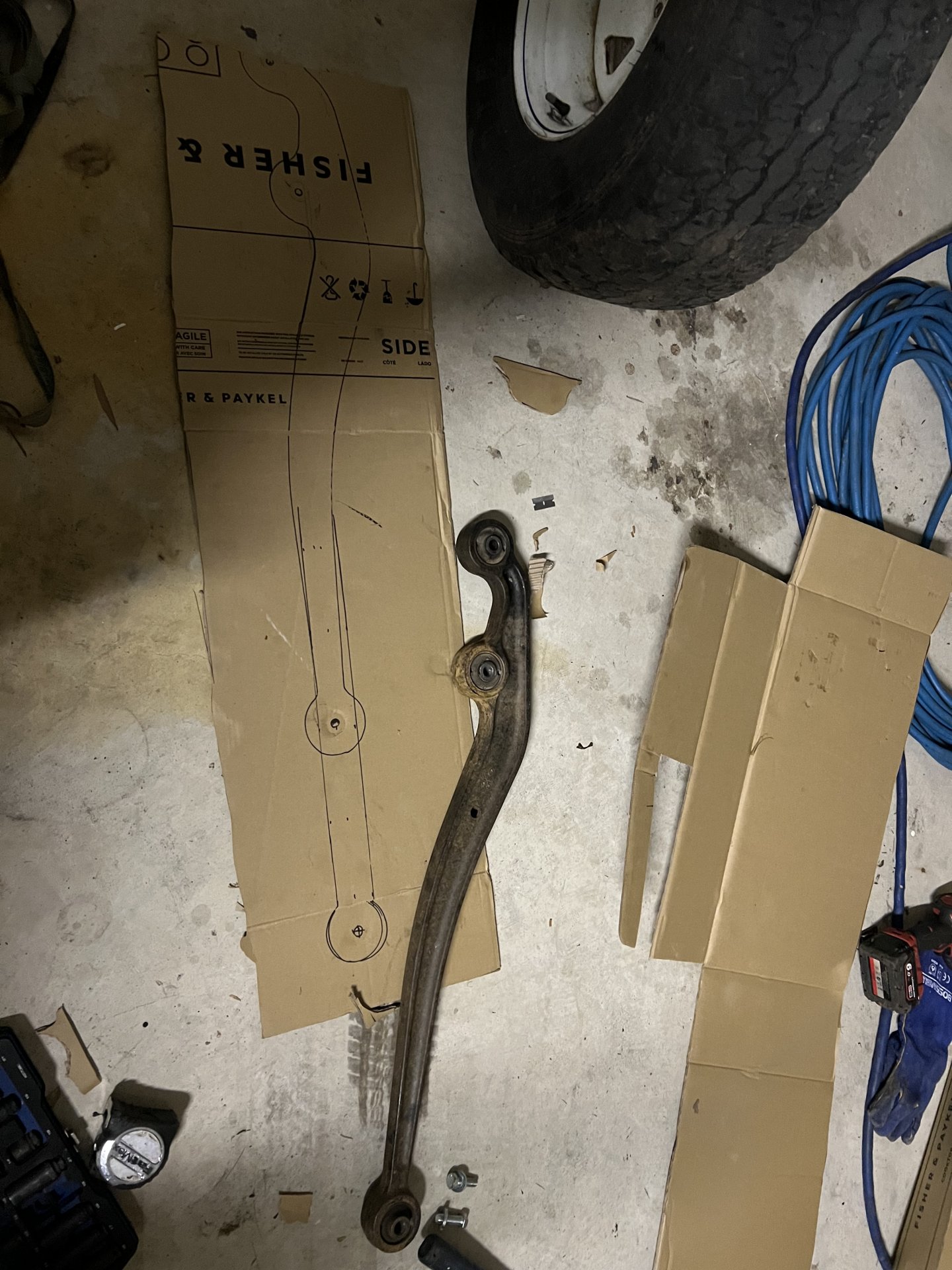 I made a second template of just the bush end, moved it around as to make my life way easier in the future with the panhard bracket. 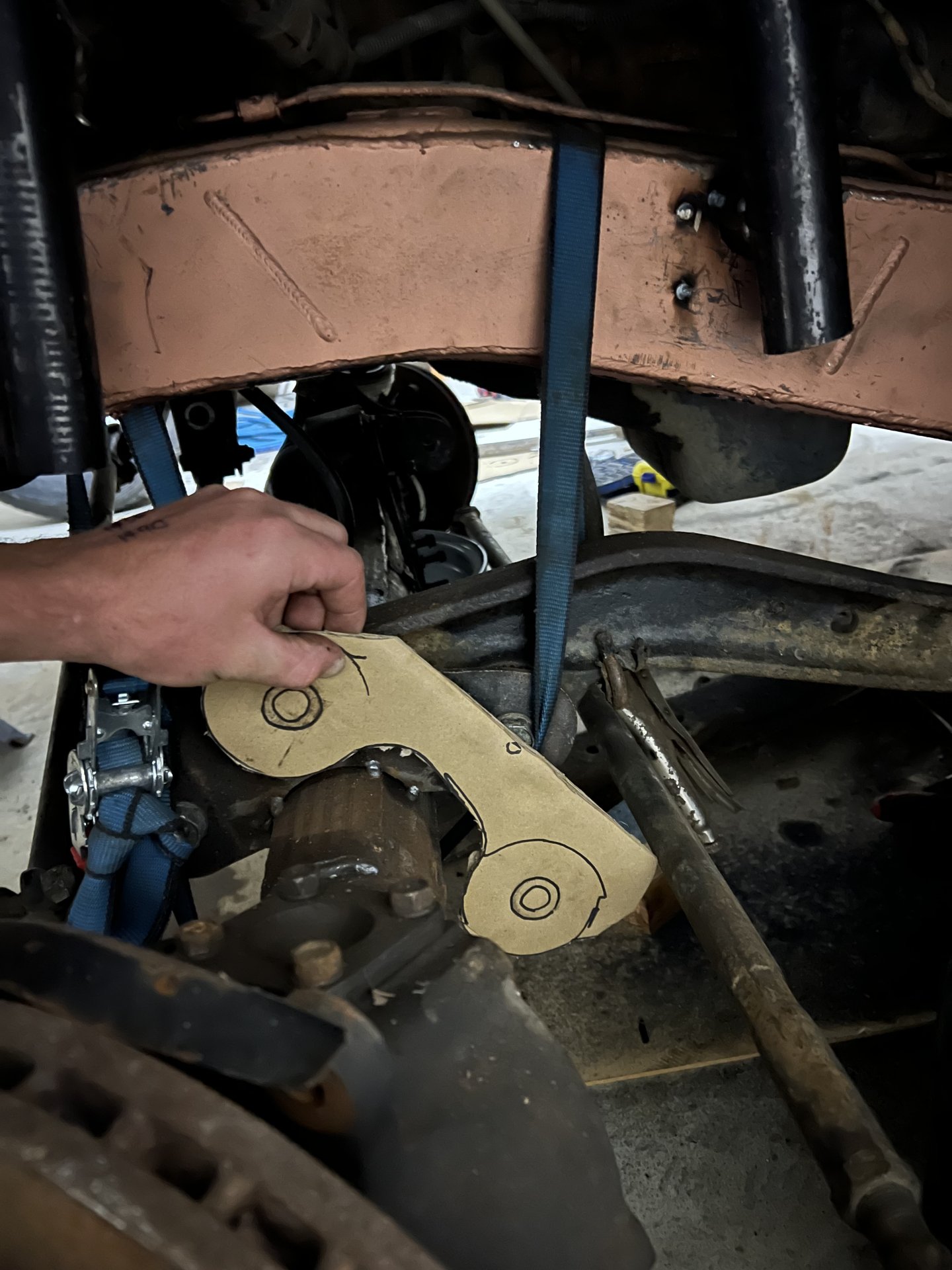 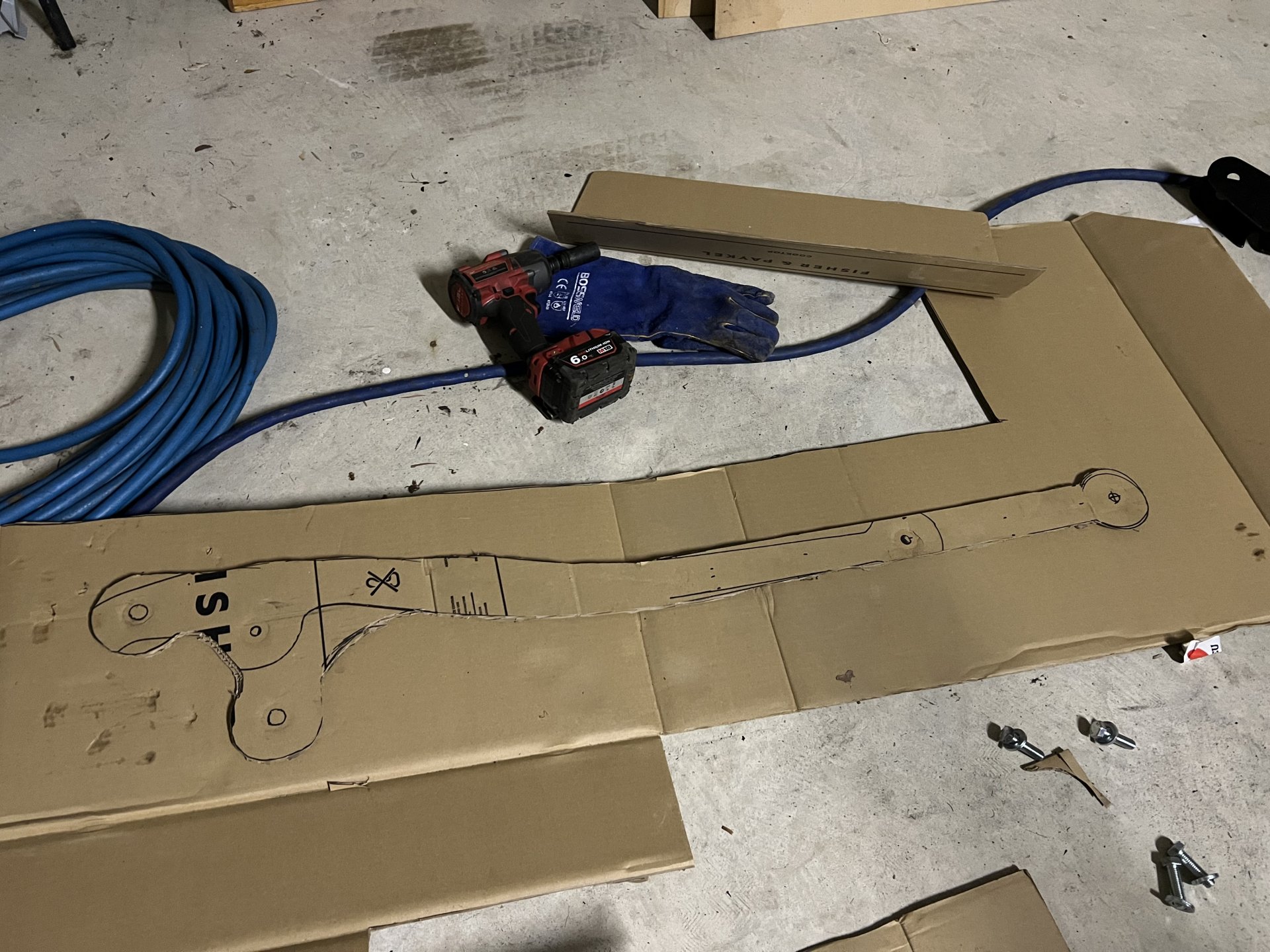 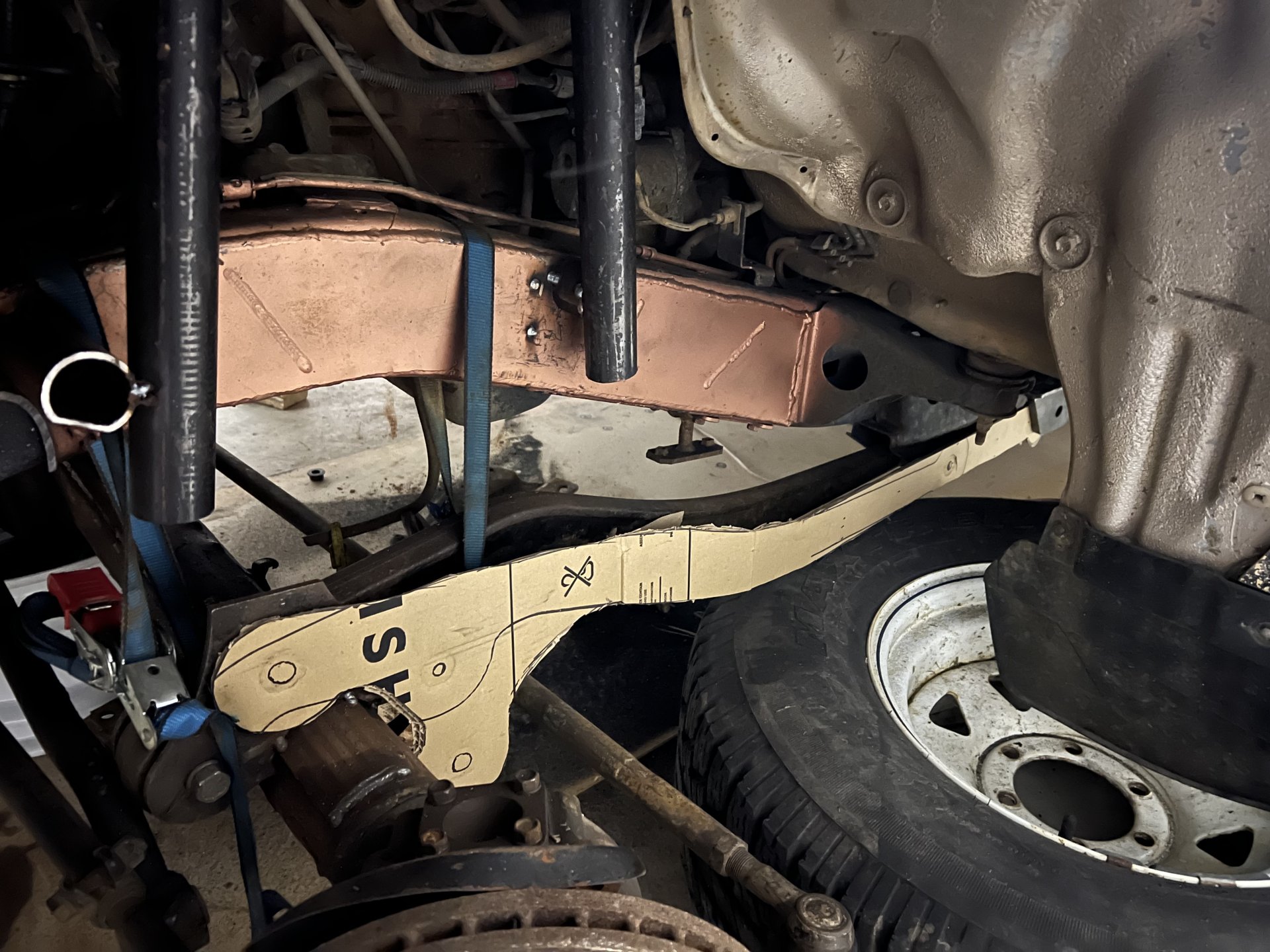 So that’s the first of probably a few templates before I go get the arms cut out of 32mm Bis.

Arms have approx 20mm room between the axle tube and the bush ring, they retain the 185mm bush seperation at the axle end to keep good axle control.

They have a minimum of 50mm vertical hight though out and from what I can tell should clear;

I’ll make another template this weekend, I want to remove the S shape out of the arm and make it flatter. Also pack some more meat underneath and bring the vertical thickness up to 60- 70mm 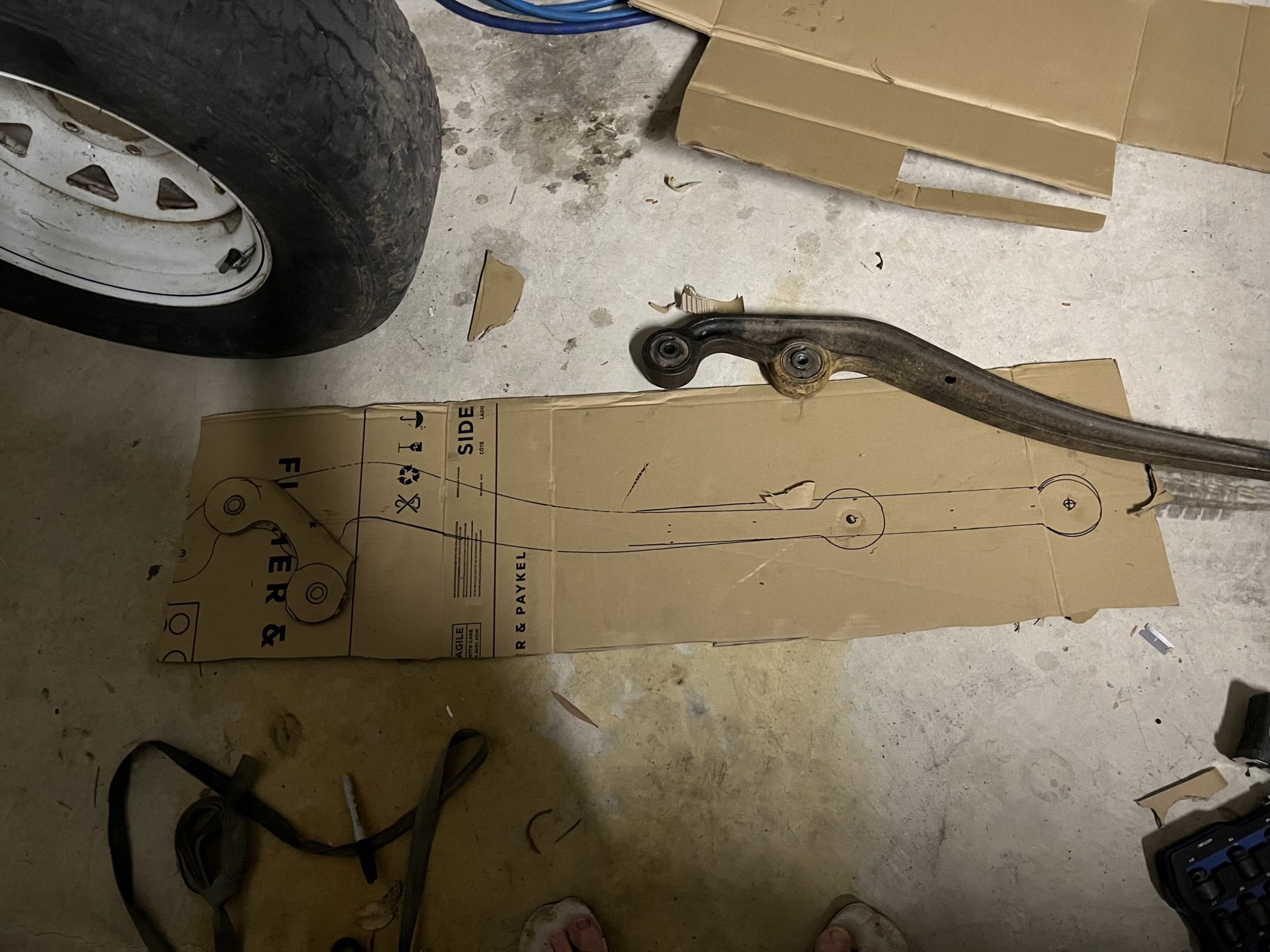 And then using feedback we made a second! 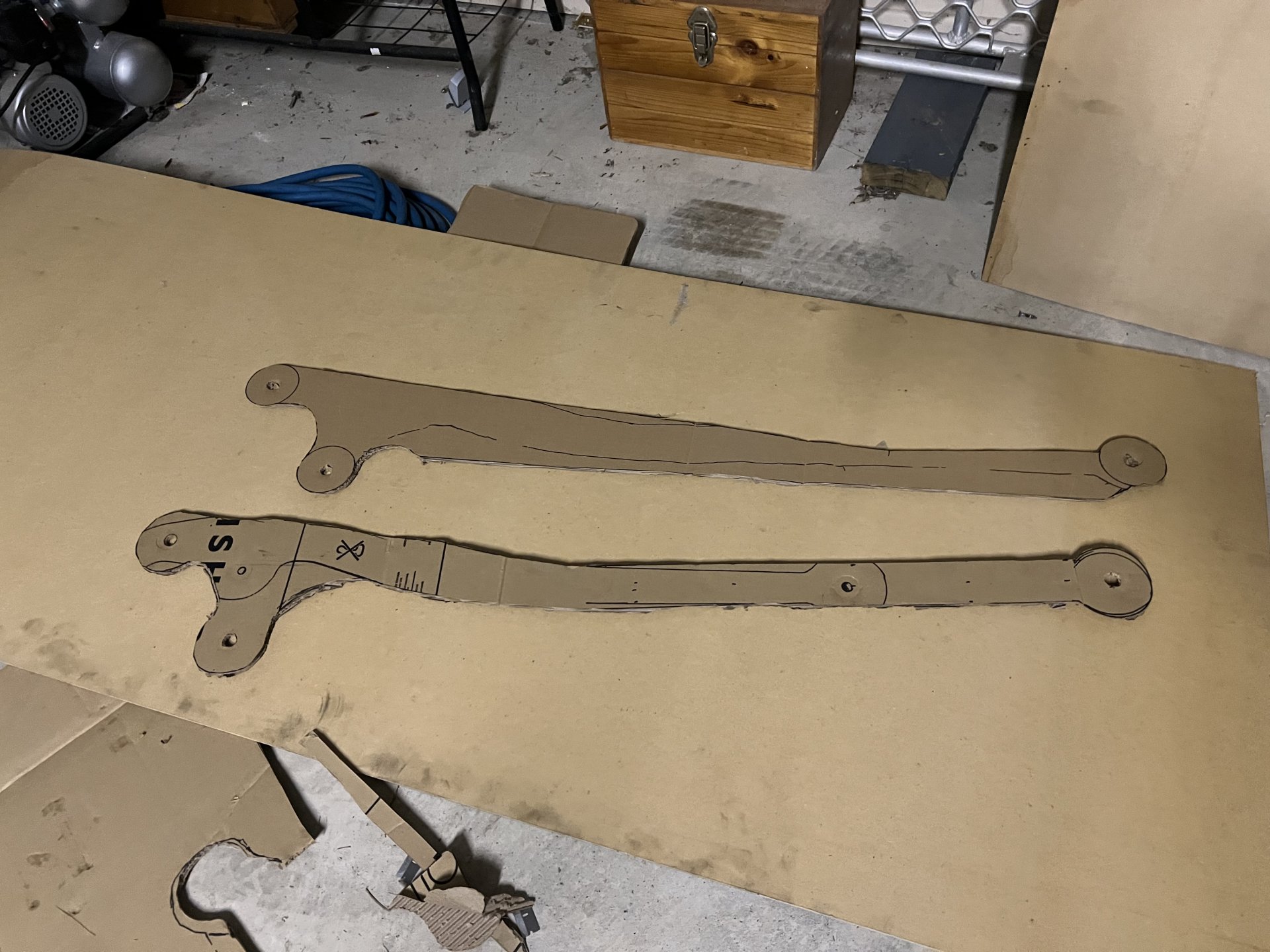 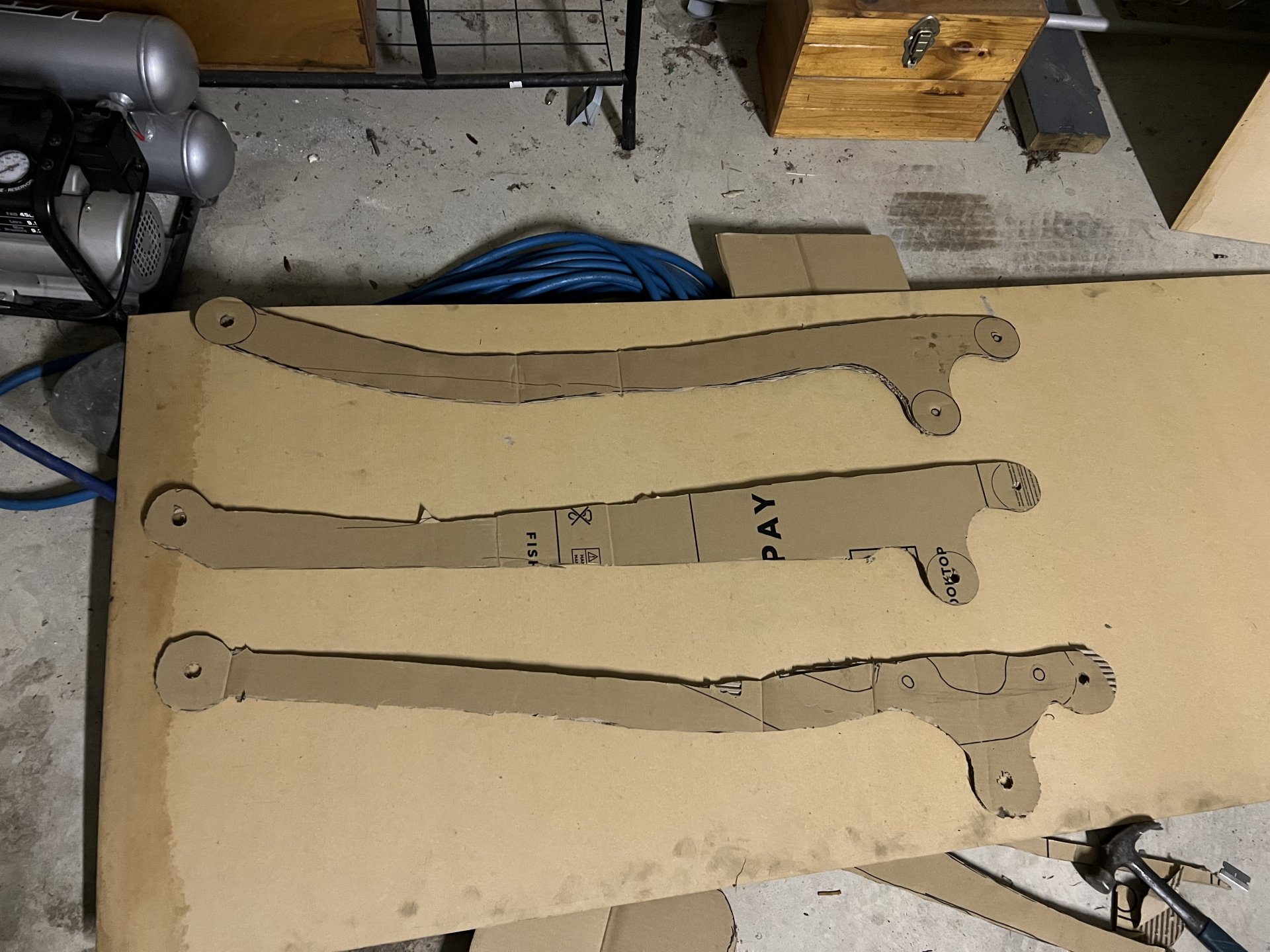 Arms a consistent 70mm through out now, it clears the chassis on full uptravel.

Roughly layed over the standard arm, I’ve lost some clearance but at least it’s nice and smooth like my brain. 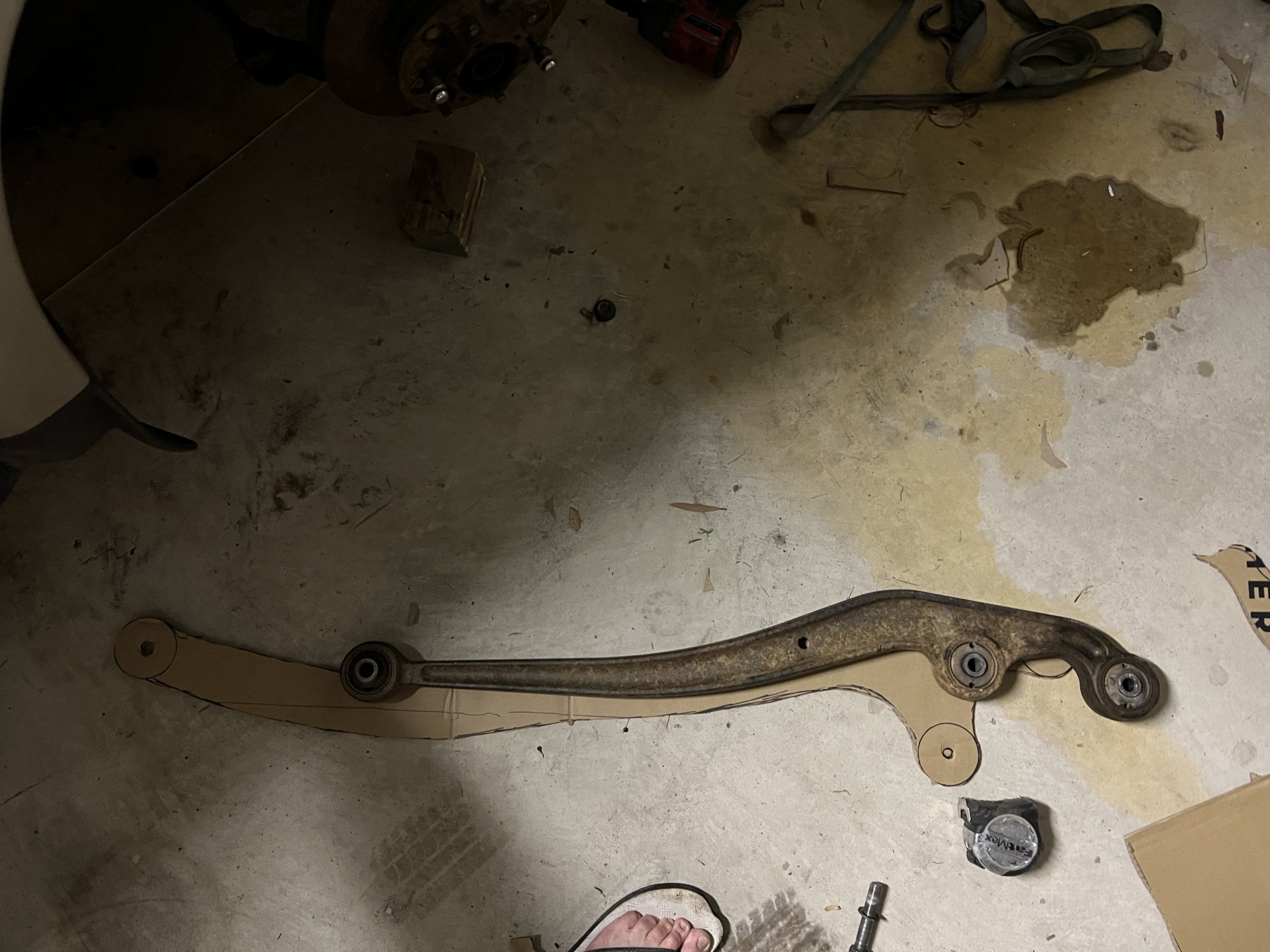 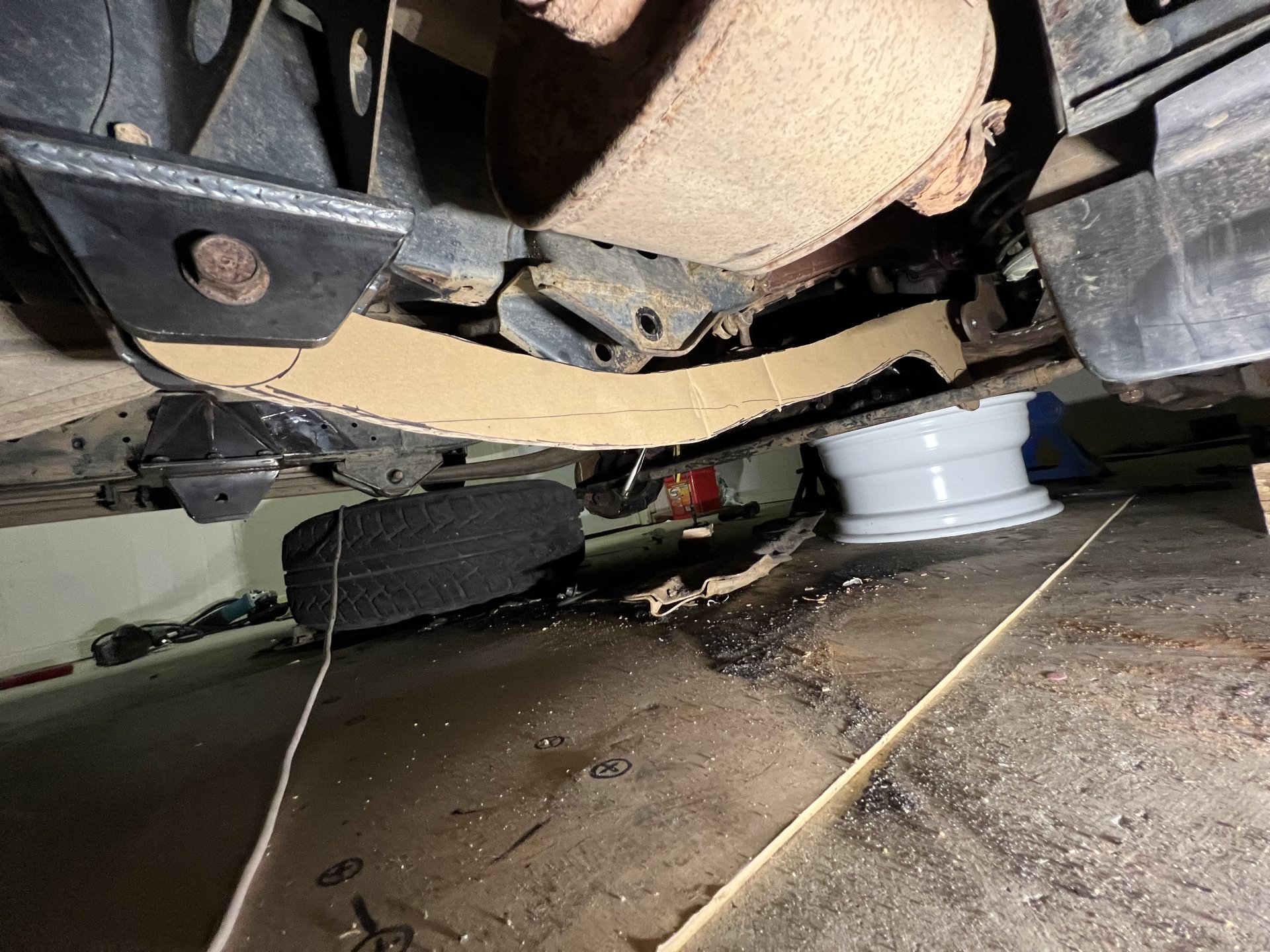 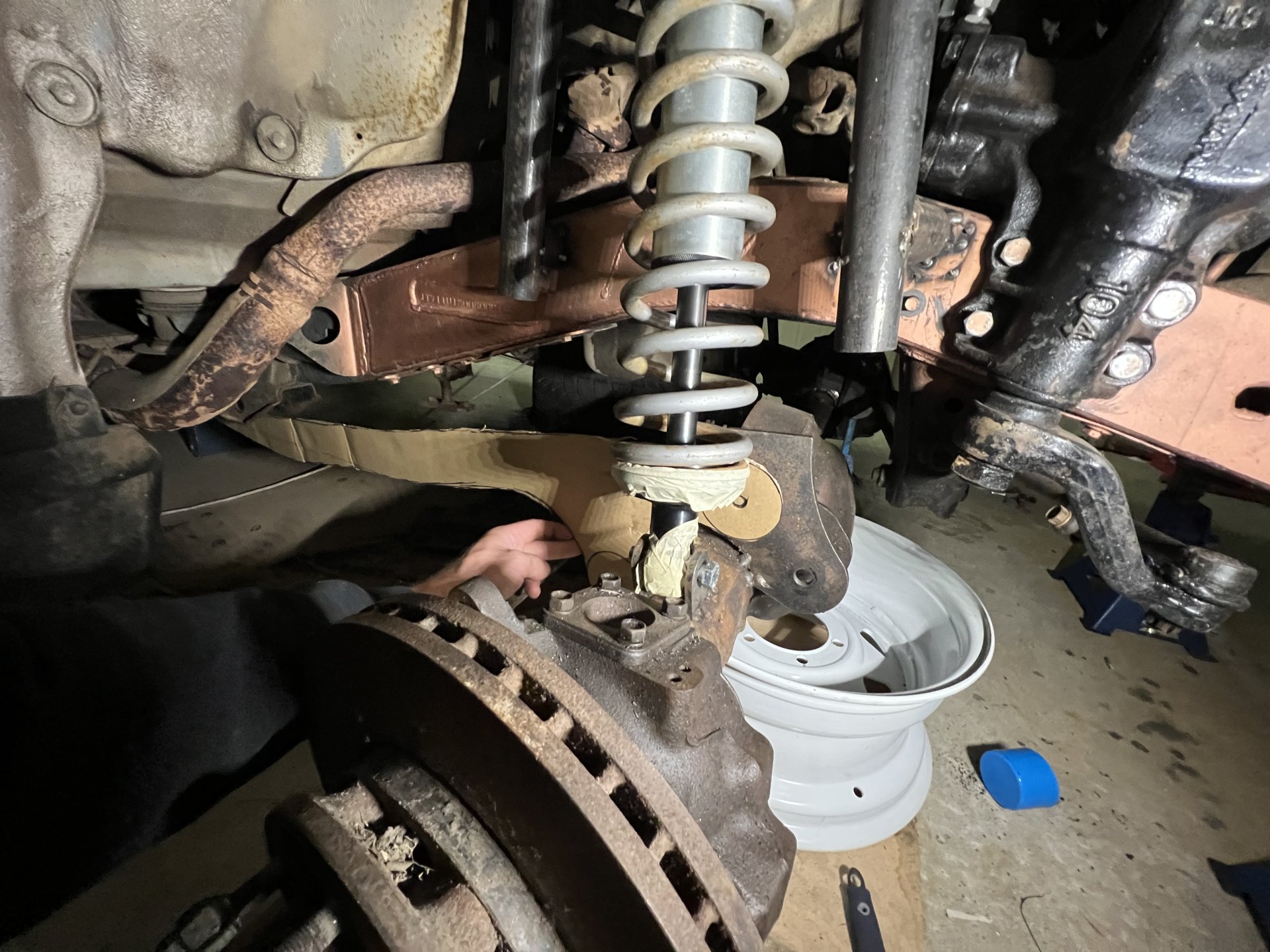 tie rod clearance seems to be ok at full lock 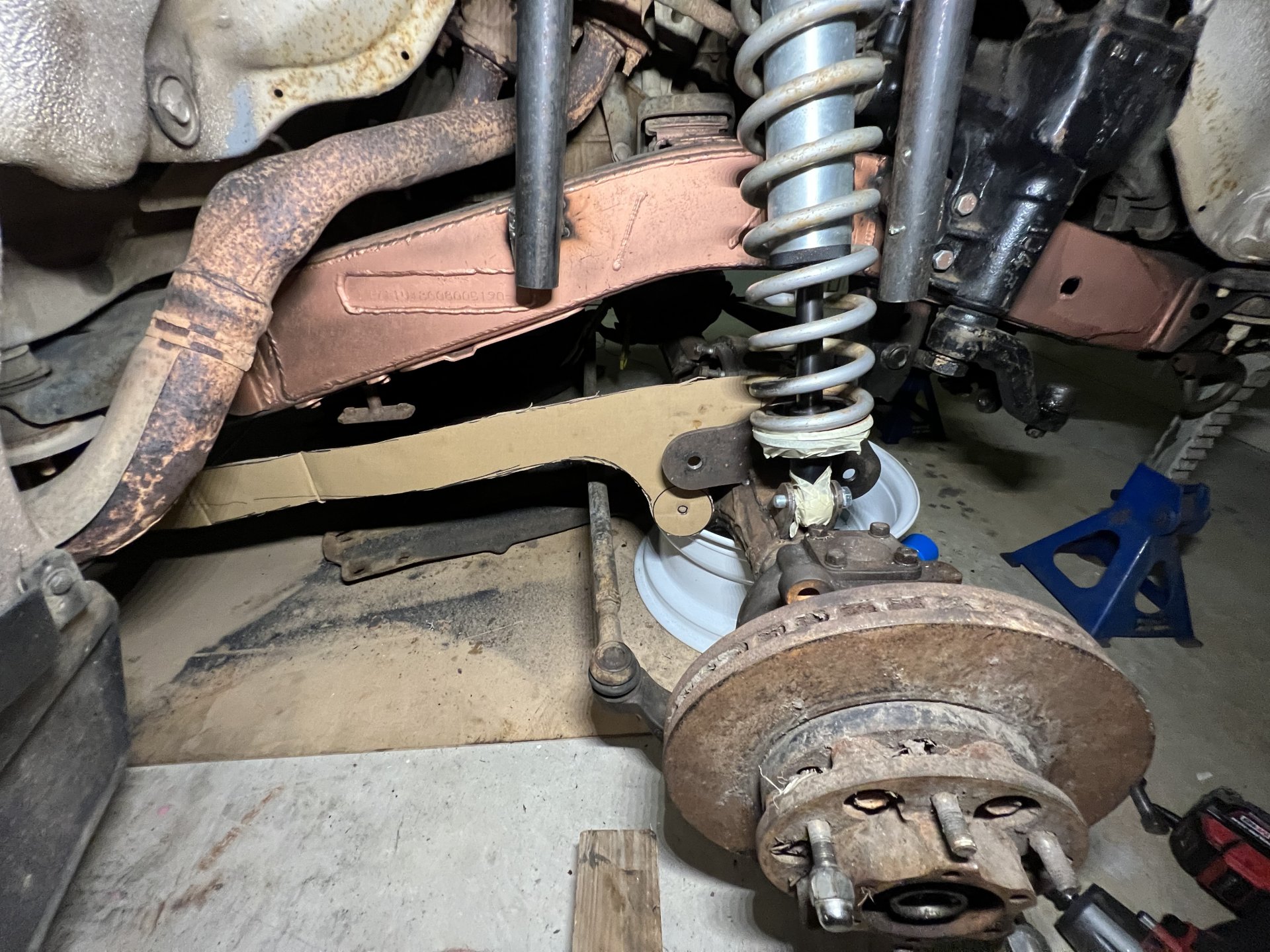 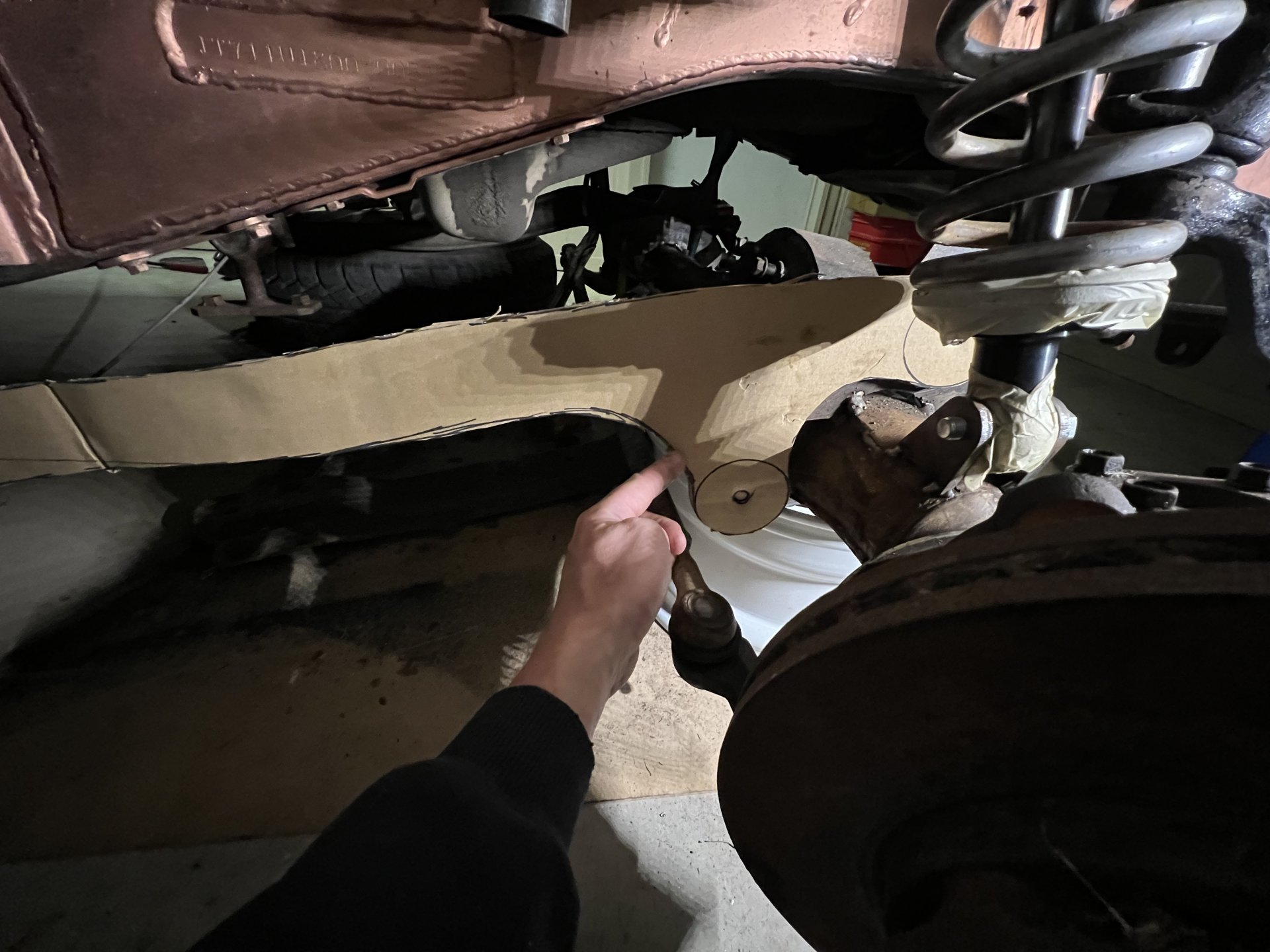 I may aswell throw the Ute stuff in here too.
Panhard is 50mm taller and 100mm longer centering the roll center.
From the 5 minute test drive I’m certain it drives better.

Still dreaming about 4 links though 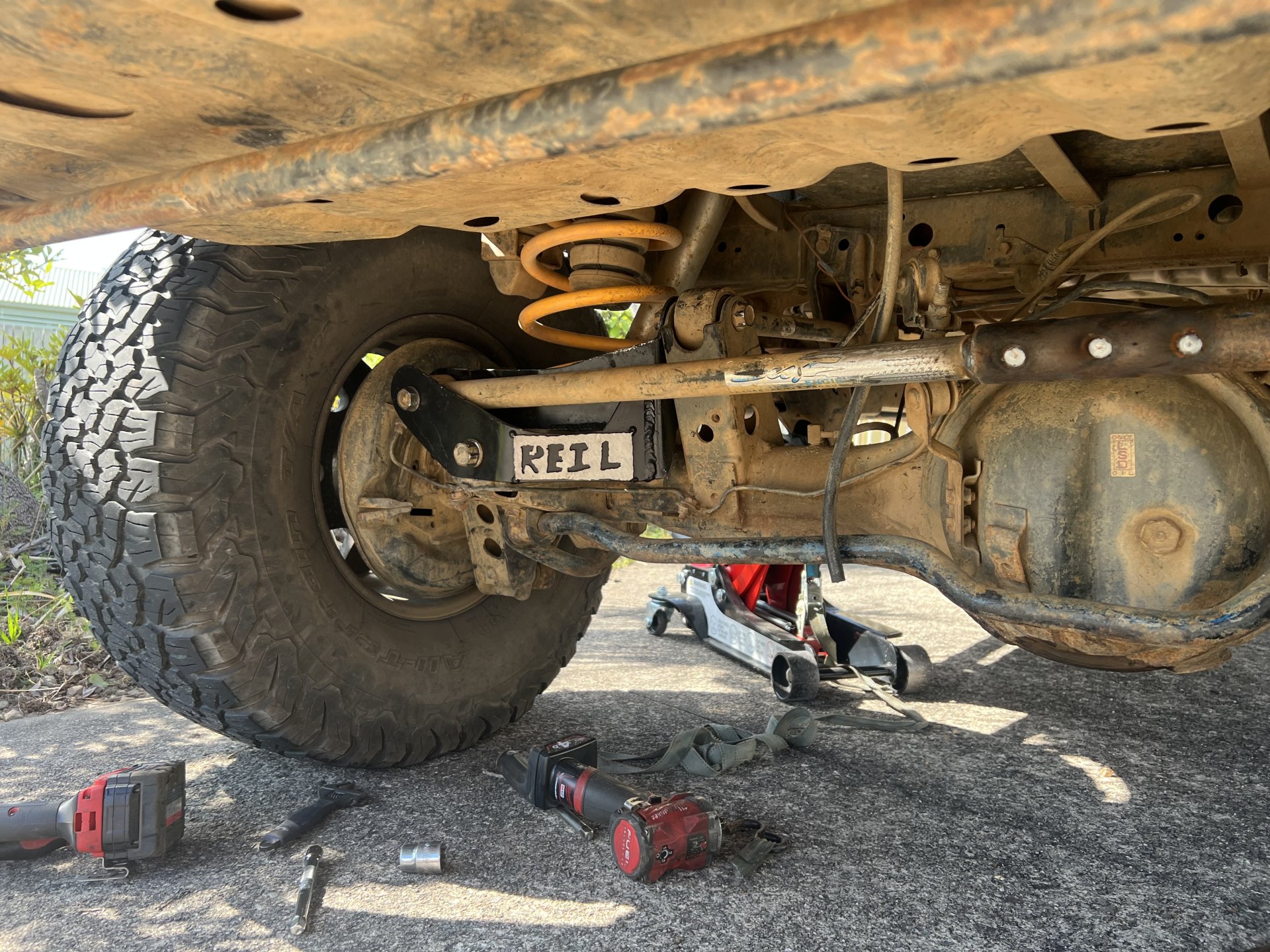