new to me Sequoia

I recently picked up a 2004 Sequoia. I don't hav much info. on the truck but have been an admirer for some time. I own other Landcruiser's so I've been reading the 4.7 is quite a good motor.
The truck was rolled so I will be attempting to straighten the windshield frame and pop out a few dents in the body and roof. Should be Fun !!
I'll be clearing some space to work on the truck as soon as we get some plus temps as they are expected where I live. I'll take some photos of this new acquisition project as I go.
I'll be looking forward to your input and educating me about this truck.
Cheers

Congratulations on the new purchase. If you find yourself looking for a NEW cargo barrier for the Sequoia, I have a couple available for CHEAP.

Help me clean out the garage. I have 2 of the Sequoia barriers, new in the boxes. Complete with the window breaker and hardware kit. I could not find the retail price for them but the 100 series and others of the smaller sizes retail for over $700 plus shipping. I am only a few blocks from a...

I also need a photo of the front of the truck with the hood open, showing the rad and everything in front of the rad, fans etc...
I need to see if anything is missing or out of place / bent.

Heres my 2004. Wondering if anything is out of place in the photo ? 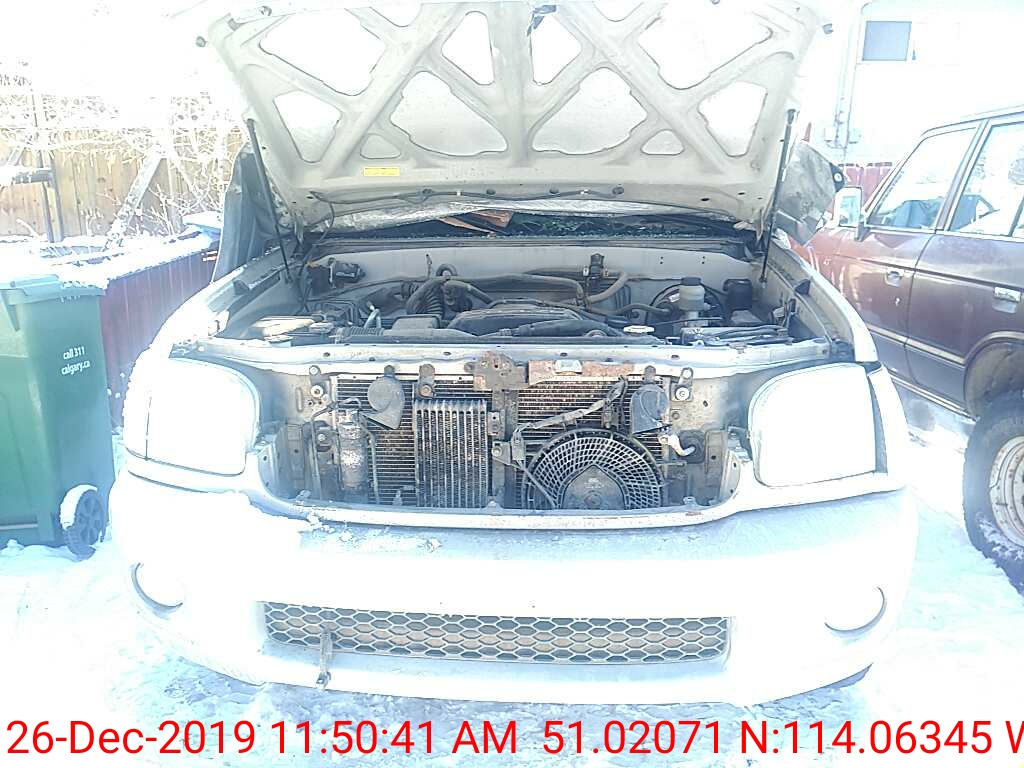 drivers side marker light connected next to the headlight either is broken or just needs to be reconnected ? Wondering where I can get quality parts ? I'd like to go with led headlights and wondering what is best for a back up camera and additional back up lighting ?
Is there anything else that would be a good upgrade ?

Best of luck on rebuilding the roof and pillars! I am rebuilding my El Camino with similar issue, just was rusted and not rolled. Also the Brown FJ looks sweet next to the Tree.

Thanks should be interesting and hoping I can straighten the frame out ! The fj is a stretched 45 cab. Thanks

For parts, how’s the classifieds here for parting 100’s?

Are you trying to get all the way back to fitting a glass windshield & driving it as a DD, or are you planning to take some ‘custom mods’ /trail rig & do a little improvising, like say a plexiglass windshield?

DD ! straighten the windshield frame and get glass put in, roof rack for a hang glider, if the tires need changing then I'll go BFG. ko's or something like a mud tire. The Seq will be also used as a tow vehicle pulling trailers and for trips.

Was it a really light roll / flop - or are you just really ambitious?

Is the moonroof functional / straight, or is there significant A-pillar damage going far enough that the panel/tracks of the whole moonroof mechanism is currently tweaked?

LINUS said:
Was it a really light roll / flop - or are you just really ambitious?

Is the moonroof functional / straight, or is there significant A-pillar damage going far enough that the panel/tracks of the whole moonroof mechanism is currently tweaked?
Click to expand...

Moon roof glass broken, I'll contact the glass guy and have him come out to assess the moon roof and hear what he has to say. Going to be tricky measuring for true dimensions. I'm not sure if it was a soft roll but I tend to be ambitious ! We are currently experinceing -26c weather so once we hit a warm chinook I'll be out there assessing my next steps.

ok it's been a while and the Sequoia got forgotten until my tow vehicle went down and prompted me to put the sequoia on the road.
I had purchased it as a rolled vehicle that didn't go thru insurance. The doors were replaced except for the drivers witch I'm yet to replace.
Dents everywhere, the passenger side took the most damage as there was about 2.5 inches at the top of the doors of gap. I fandagled some ideas together and pulled it out about an inch. Took an innertune and stuffed it between the panels to pop out other dents. There is obviously more work but at this point I can now drive something to work.
The sunroof was pooched and another sits waiting to go in once I'm finished popping out the roof dent where the doors close. I have a few off the wall ideas of how to pop the rest out.
I've been driving it a week and just like the other Sequoia's out there run great with exception to an engine light that now comes on. I had taped up the sun roof opening but some water did get in so I'm not sure if that has something to do with my engine light coming on and showing the , engine light, VSC TRAC and VSC OFF lights. I had read on Mud the other day that it could have been the gas cap and then removing the negative battery terminal for 15 minutes could reset it.
I picked up a gas cap from Toyota and unplugged with the same said engine dash lights showing up. ?????
I'm not sure how to solve this issue but hopping someone on here does ! 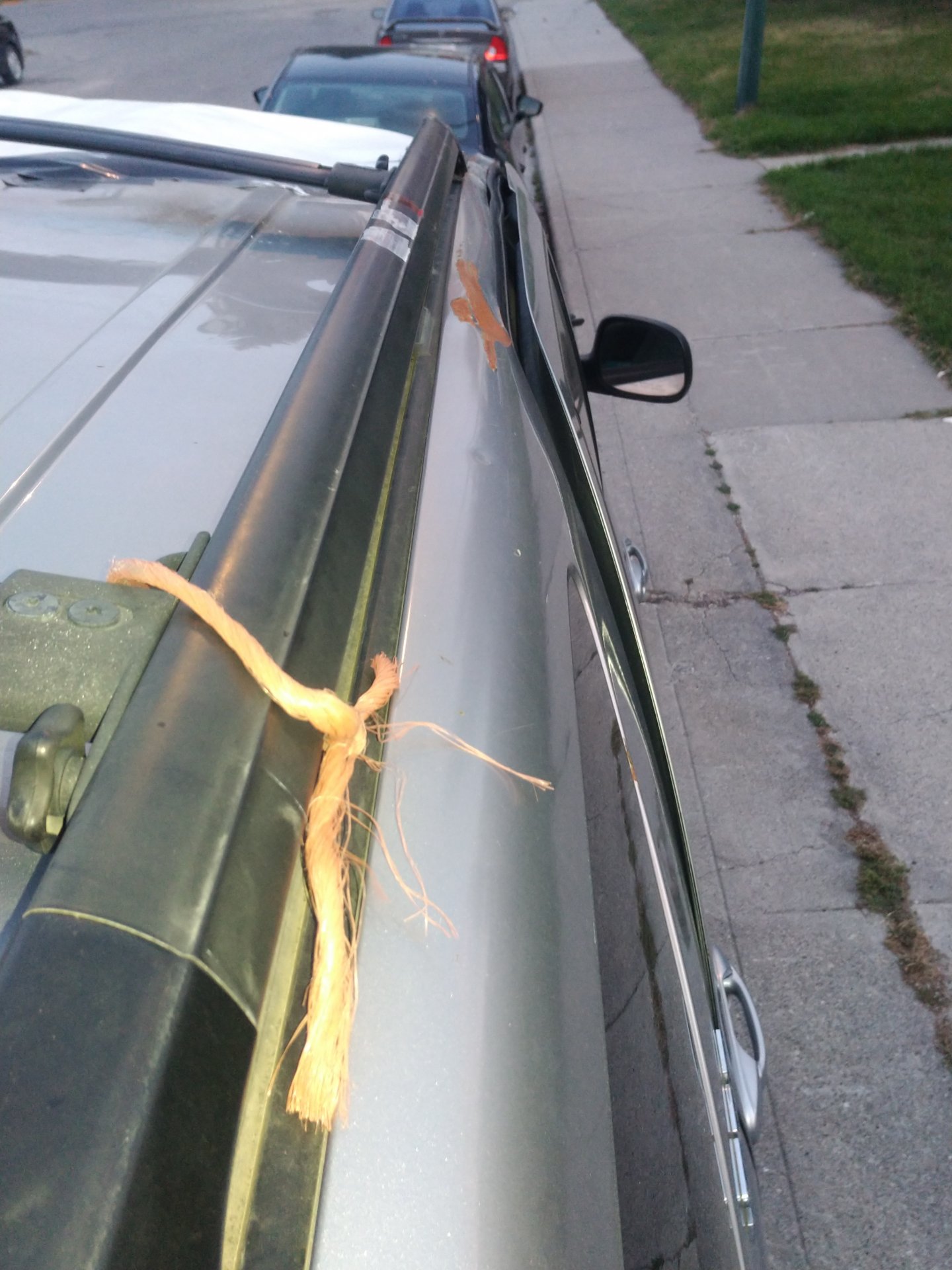 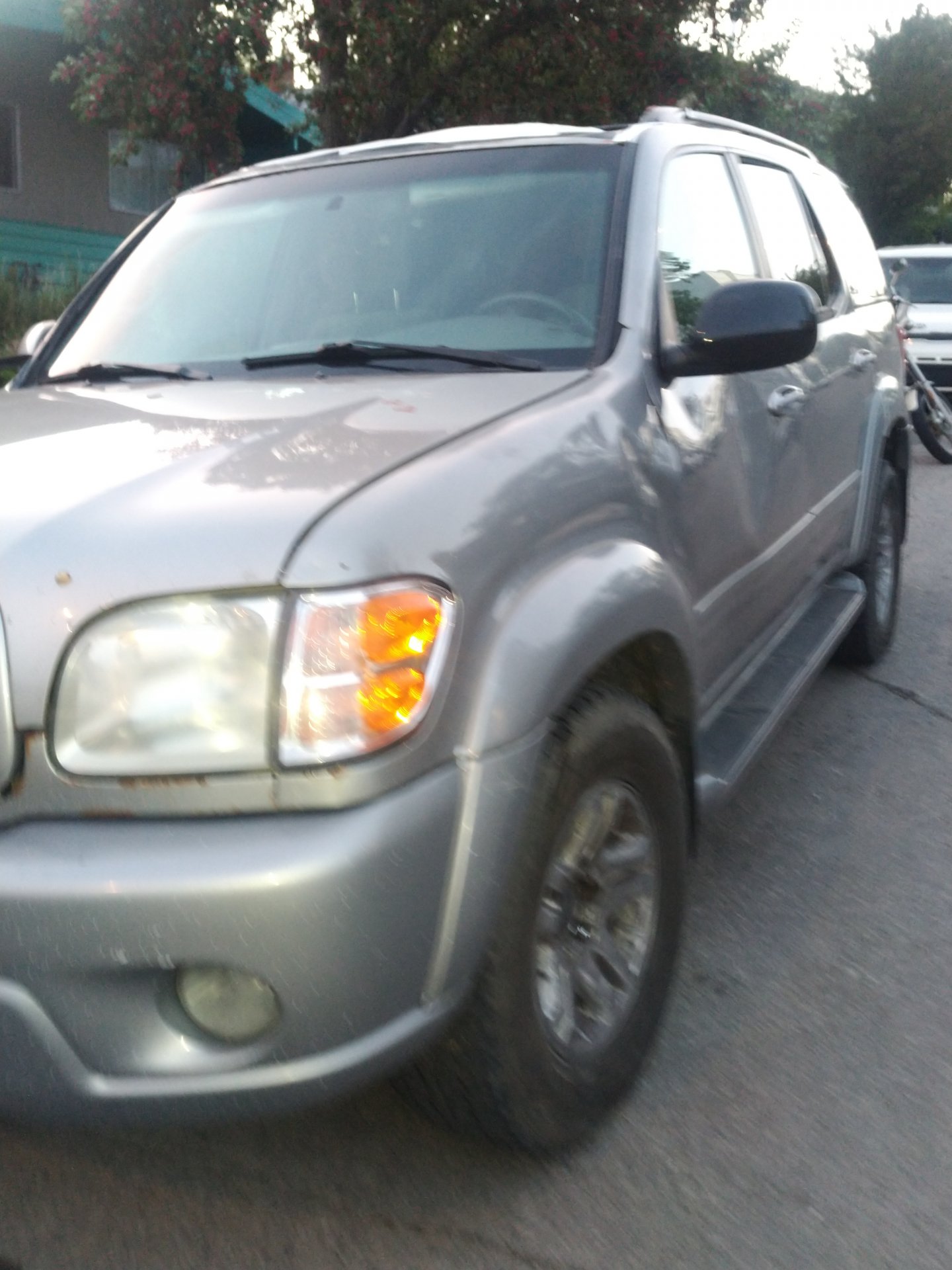 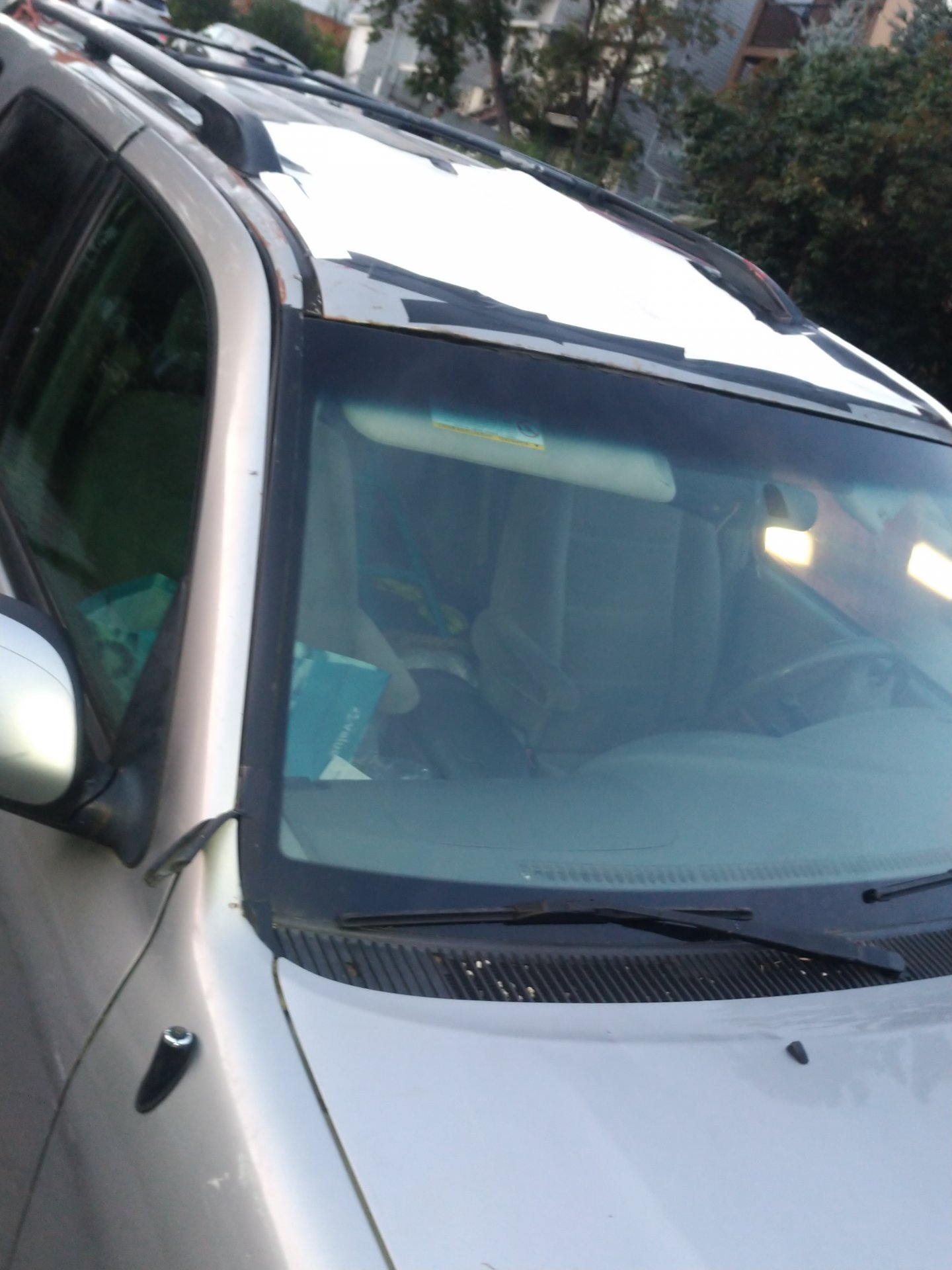 What all codes are popping for the check engine / OBD2 to kick?

Any chance the Trac lights are a broken sensor underside?
(Asking as I think you mentioned bent frame.)

Anything in that general area damaged as if someone rubbed the underside & that caused the off-axis that flopped the Tree?

I don't have a code reader, I'll look into trac sensors, frame is not bent. tree ?

I may have a diff thread where a guy had a bent frame then. My bad.

If somebody skidded the underside on anything pre-flop, that could account for a bad sensor / powertrain lights lit up.
I’ve done that on my 80 w/ the CDL pigtail - a stick on the trail snagged mine.

A little update to the recent work done. Tail lift gate : everything rusty as hell ! replaced the catch bolted to the floor and the tail gate lock I ordered new and sprayed with Galvalum spray paint. I'm stuck now on where the other end of the cable for the lock attaches to ? I'll look for tail gate diagrams.
The doors let in a lot of wind with about an inch gap at the top. It's been tough finding time after work to try some ideas to pull out the dent on the roof line. The truck drives great except the crazy radio volume thing ! I try to turn volume up and it goes up and down and same when trying to turn down.
You must log in or register to reply here.

P
New 2023 toyota sequoia, hmmm. Anyone thinking of trading in for one?
2