Also the front leather seats look like someone had explosive gas after eating at taco bell. The seat bottoms are trashed and ripped. Does anyone make new seat bottoms for these things (Tan leather interior)? The back seats are in decent shape.

Engine ran great, I drove it back from Southern Idaho to Northern Utah. But just after I got back the heater hose above the starter blew out. Luckily I had just gotten home and it blew coolant all over my driveway.

The rest of the issues are cosmetic and stereo related. I'll handle the stereo easily enough. Carpets need to be steam cleaned and the exterior looks like crap. It hasn't been washed or waxed in 5 years probably. So I'm thinking of raptor lining it, in a gray color.

The new truck already has OME springs and shocks. The steering is a bit loose. So I'll go through and fix all of that. I need to take it to Moab before they close it down again to Covid. So I'm shooting for September.
C

Ok I can't point you to the threads but there are a few on swapping locked axles in to previously unlocked rigs and the same questions were asked. I think there are some wires you can order and some you will need to get from a donor vehicle. I could have a bad memory.

The lower seat foam is still available and there are several places that make new leather and some cloth coverings. Lseat is one of the cheapest options here.

The hose that went on you under the intake above the starter is the Pesky Heater Hose a.k.a. PHH and there are lots of threads even two today on the subject. Great place for it to go, congrats on getting that out of the way.

Welcome to Mud and to Cruisers.
S

Thanks. Doing some research. I’ve been using the forum for awhile. I’ve just never registered before. Thanks.

here’s both trucks sitting on the driveway. 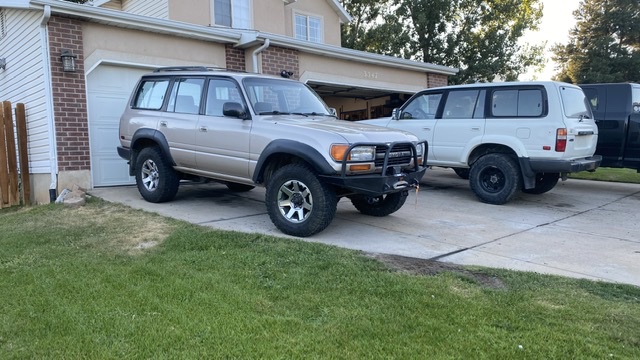 I like the fender flares painted black. Did you paint the inside of the wheel well too?
S

No I didn’t paint the wheel well. I left that stock since it’s pretty clean in there.

It’s nice to have contrasting colors on a truck. I always seem to paint my fender flares black. I’ll probably do it to the new one as well.


Bryan Smith said:
I like the fender flares painted black. Did you paint the inside of the wheel well too?
Click to expand...

Just waiting on some tune up parts, gaskets and filters before I stick it back together.

the previous owner was a genius. He somehow ran the wiring harness through the lower part of the intake manifold so it cannot be removed. And broke half of the wiring to the knock sensors.

anyone have those plug ins with some extra wiring length? 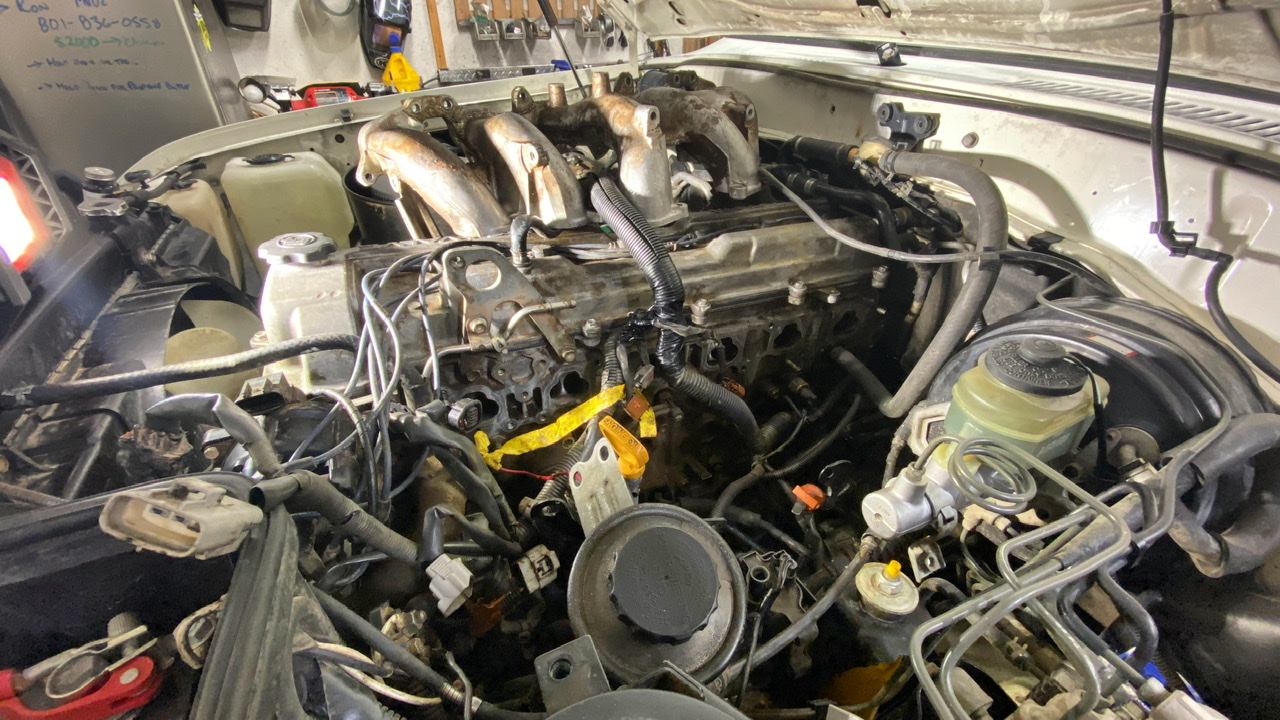 I think what you have described is the factory routing of the engine harness, not a modification by the previous owner. There is a modification to the lower manifold, cutting out support metal in the casting between runners, that allows removal of the harness during a head gasket repair.
Last edited: Aug 11, 2020
S

Well factory wiring harness routing is stupid and I made a modification while I’m in here. And cleaned up a bunch of the engine bay. I just need to find engine connectors. 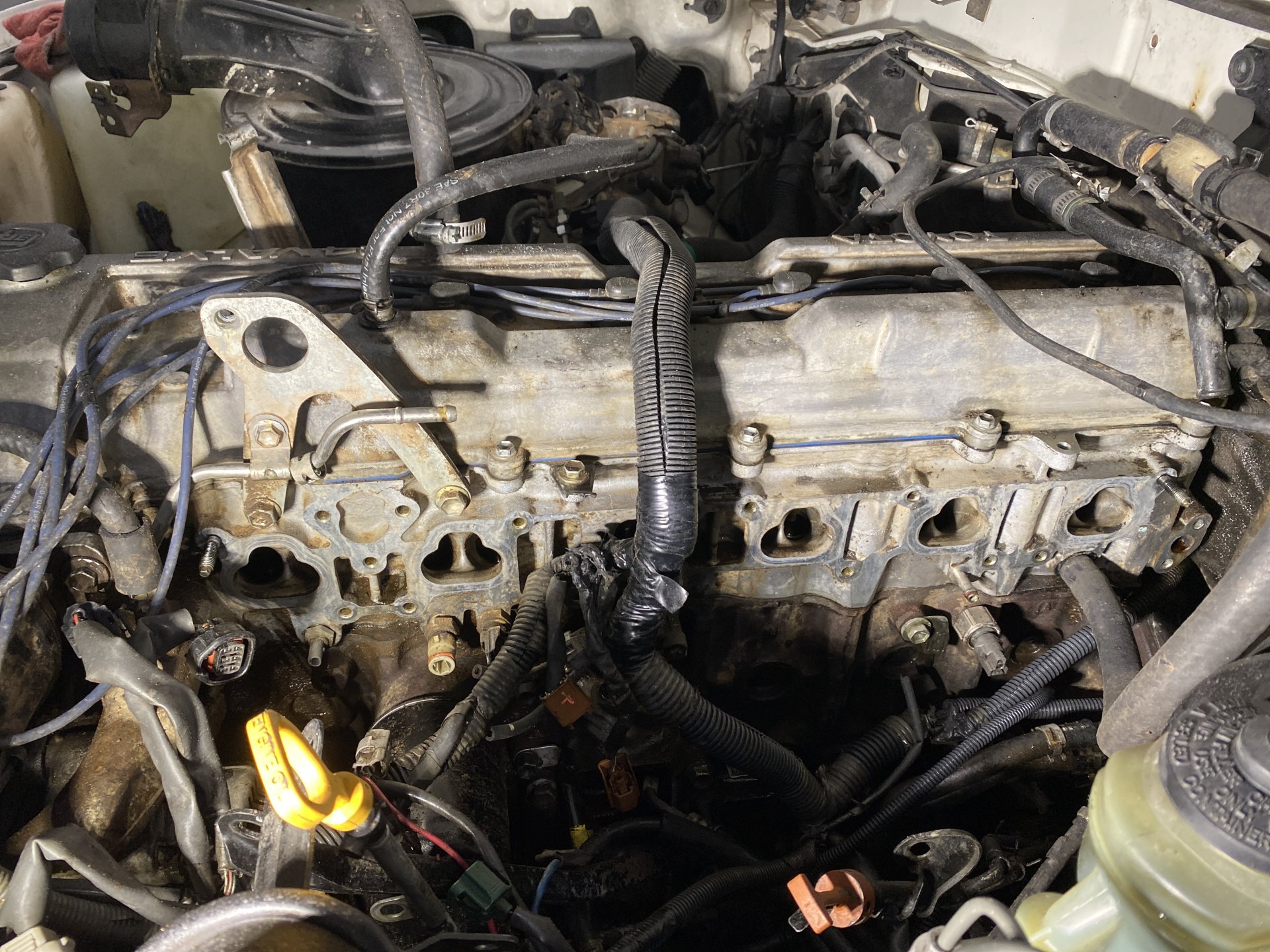 My intake mods and cleaning. 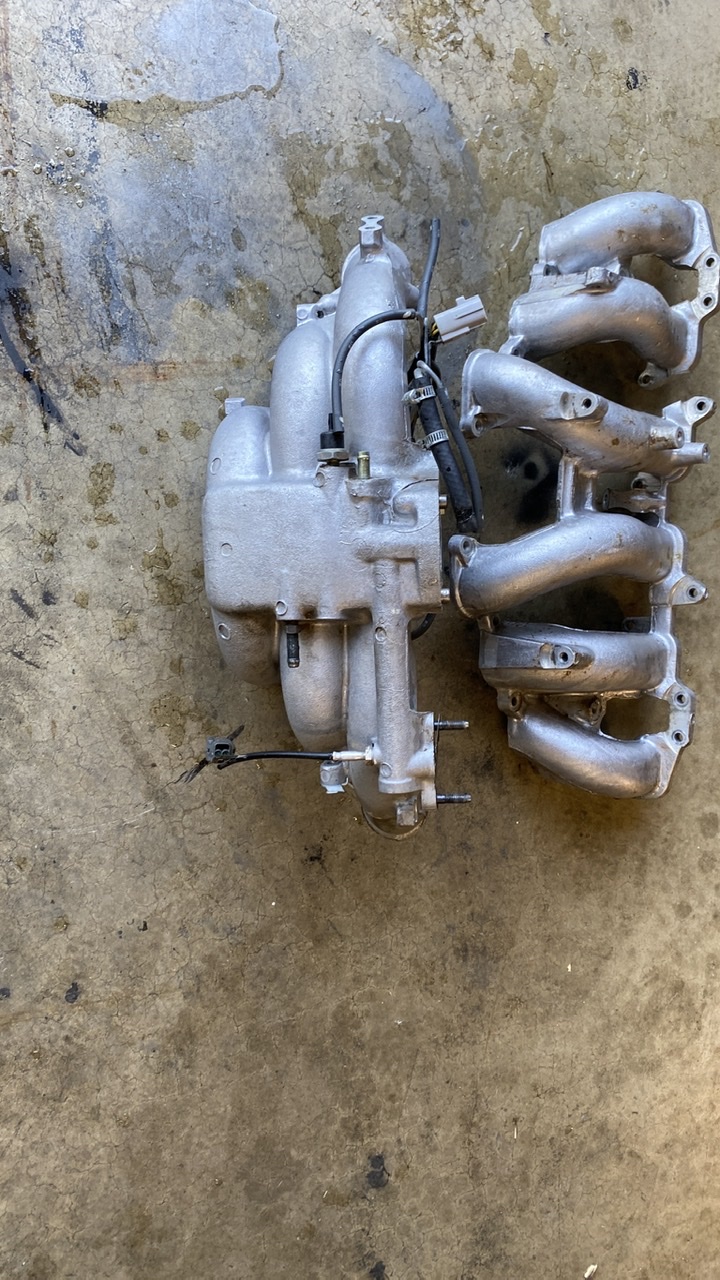 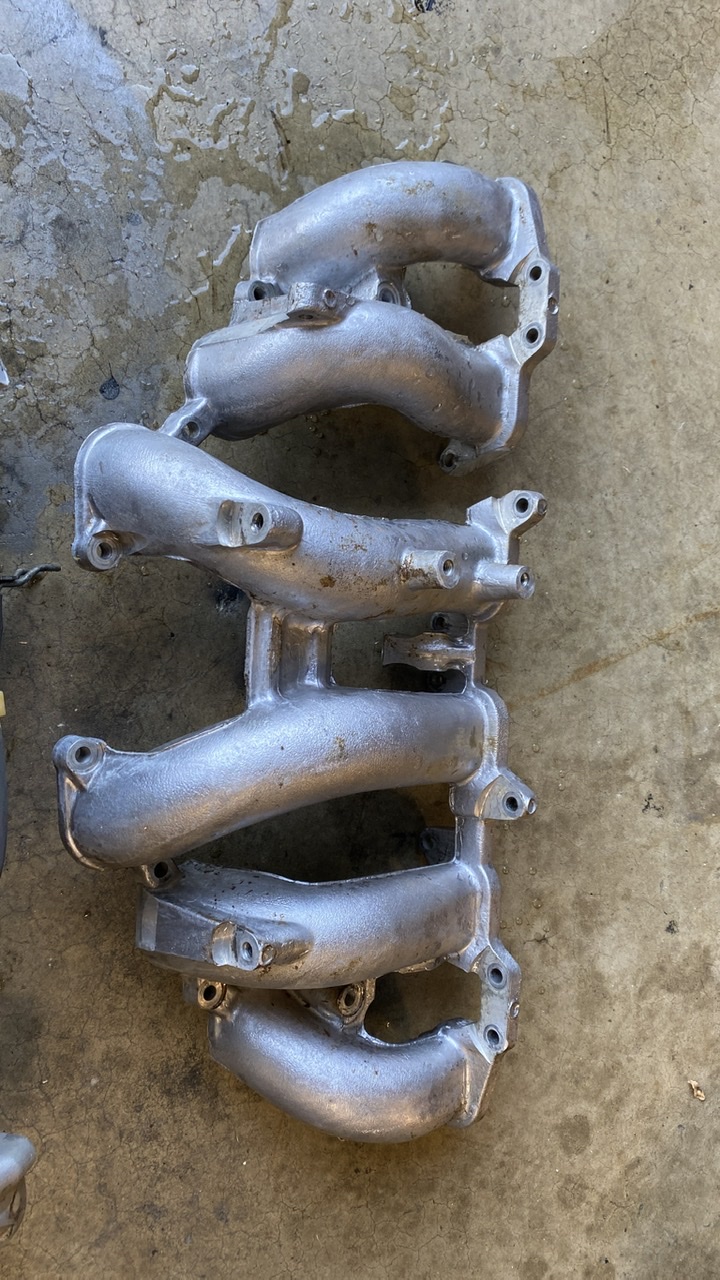 1995-1997 1FZ-FE FJ80 Main Engine Wiring Harness Connector
search for a thread title something like that. It's got all kinds of info you may find useful.

sawtooth4x4 said:
Well factory wiring harness routing is stupid and I made a modification while I’m in here.
Click to expand...

More done today. The front seats were trashed. Looked like someone ate too much Taco Bell and had a gas explosion. Working on hooking together the front factory locker wiring harness after it was butchered 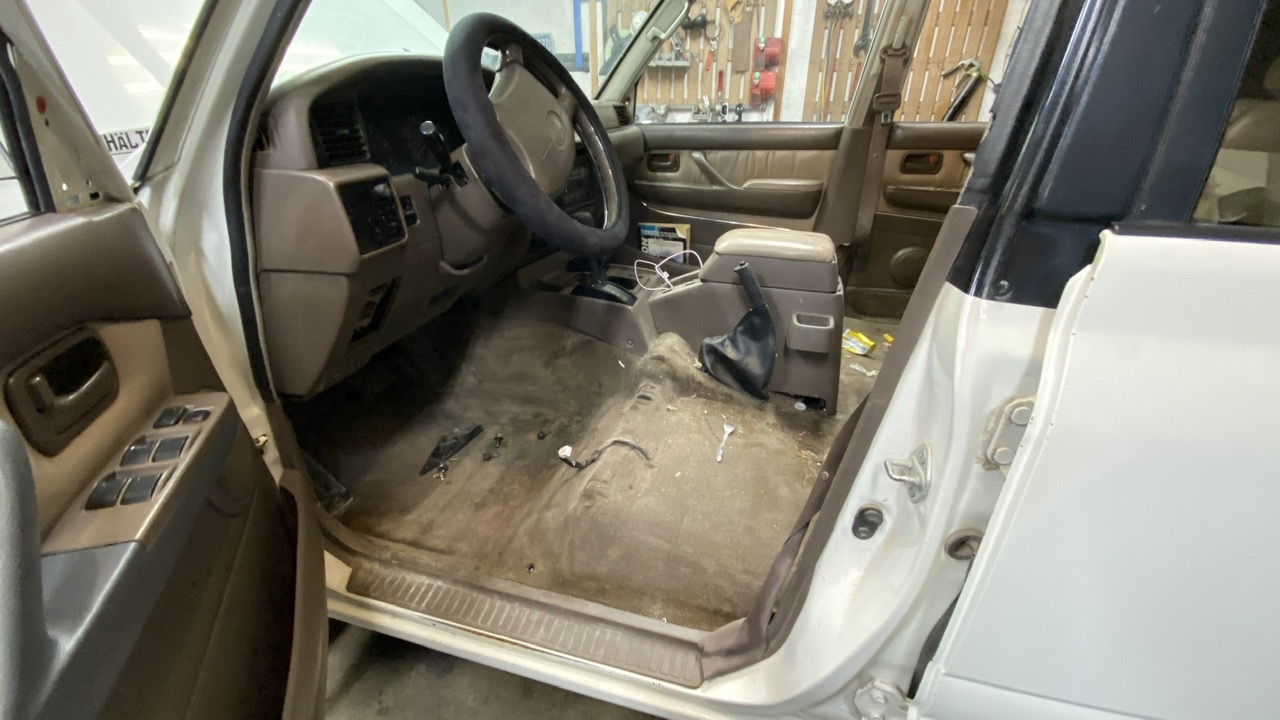 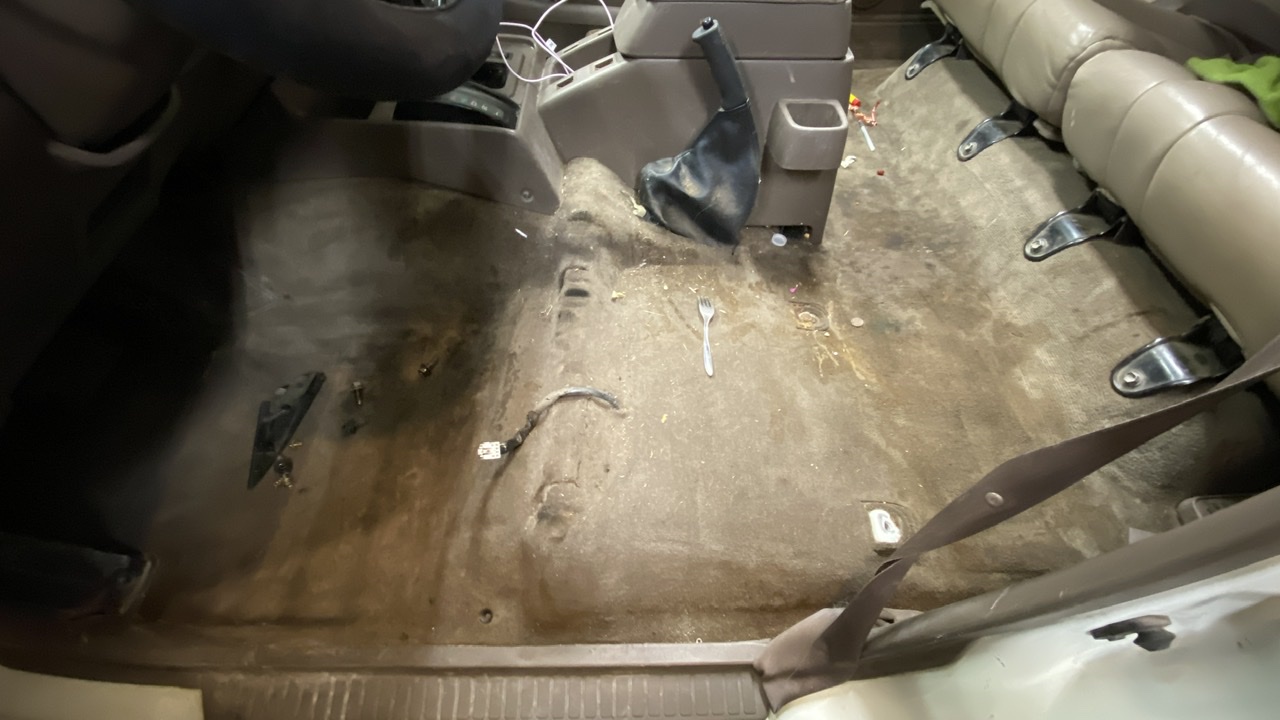 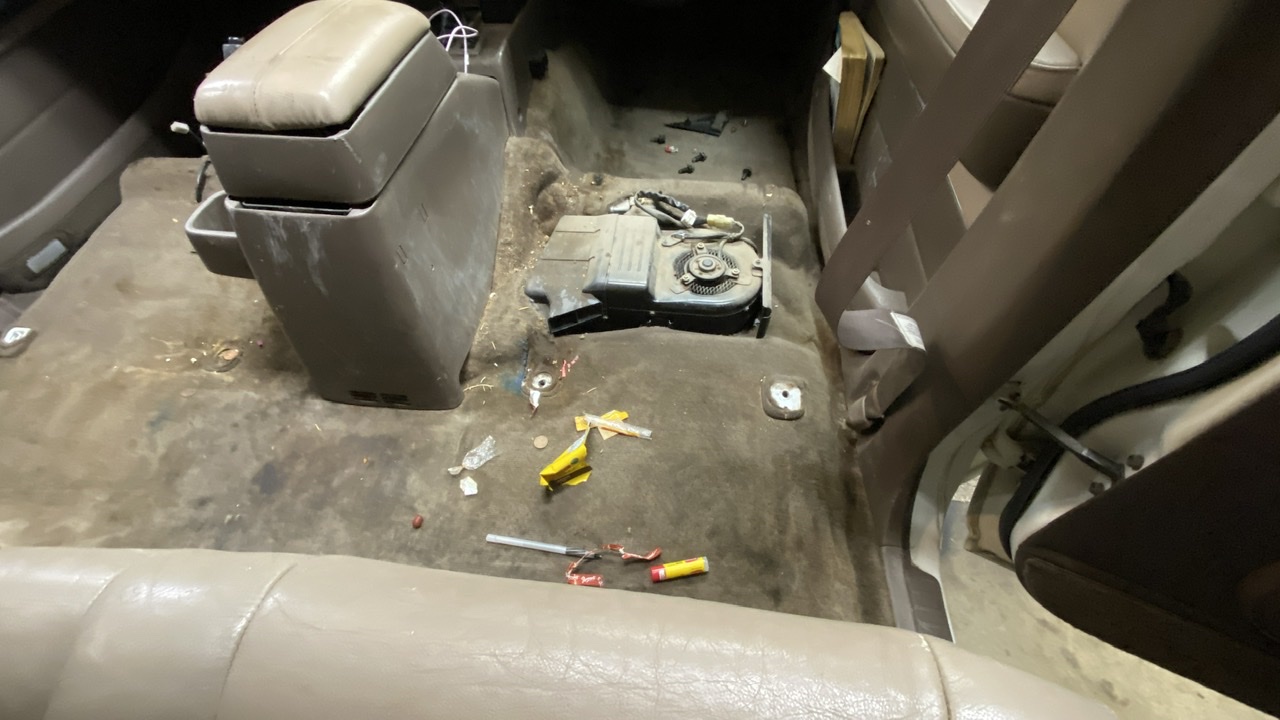 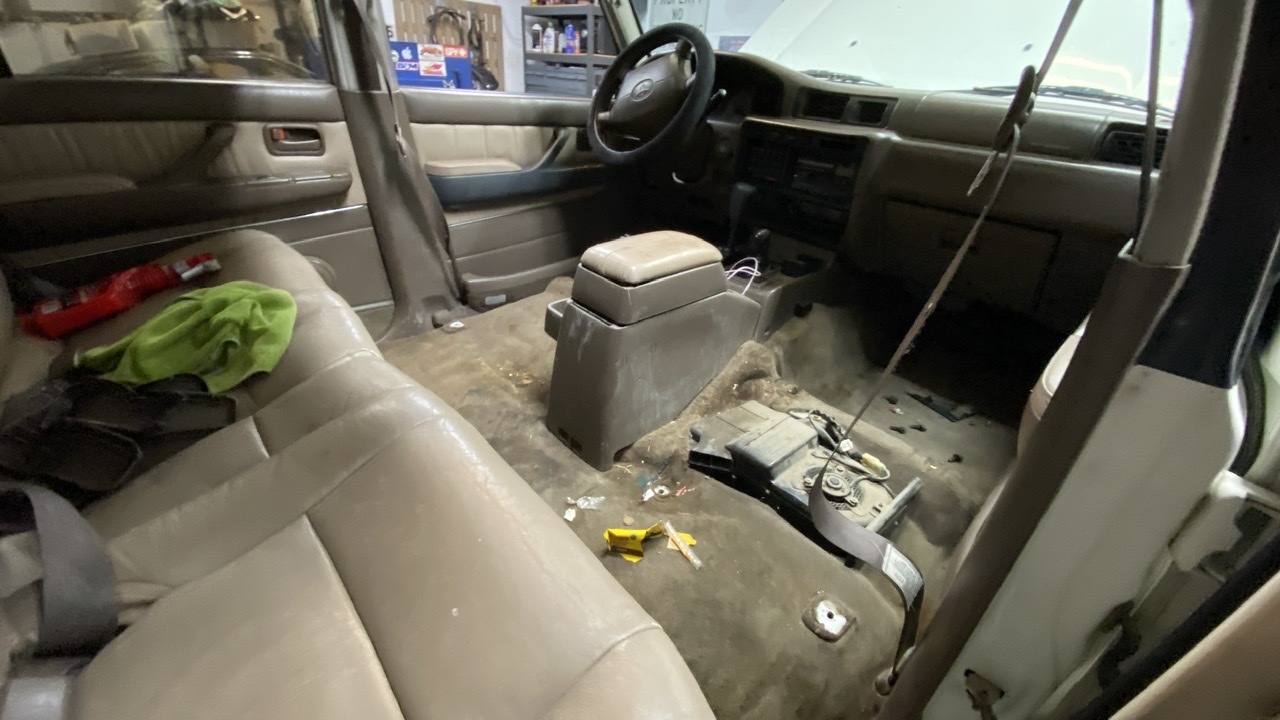 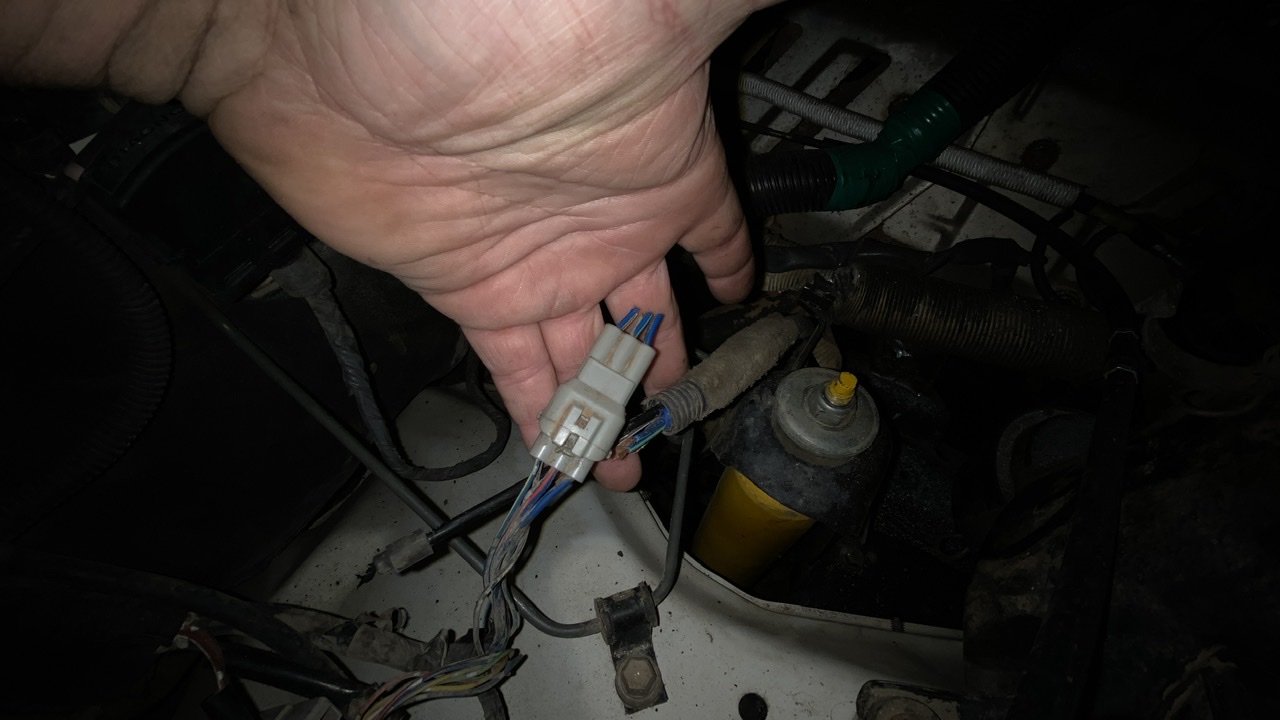 Might as well get at it the rest of the way and clean that carpet. 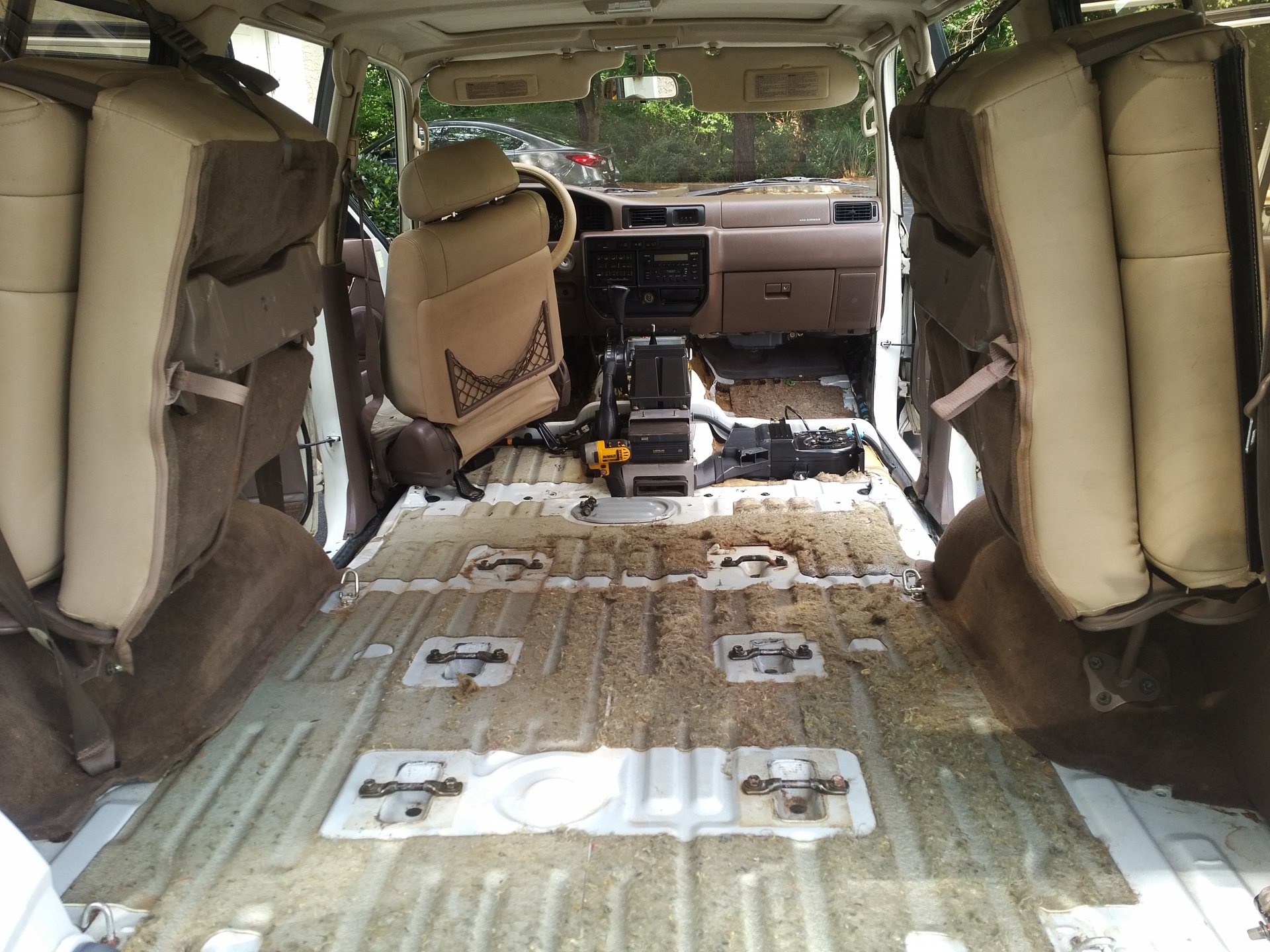 I'm thinking of pressure washing it. And letting it sit out in the sun to dry out. Its gross, I need a hazmat suit.
C

Mine was too. Put a big tarp down. Soak it with simple green and be careful with the pressure washer. Then i recommend an apolstery soap. Then do it again. I used a broom to scrub.. once done it will be full of water . Batting too. You need to hang it out or it will dry too slow. It will be very heavy. But in the end. It should be like mine and look/smell like new.
S

Some progress. Damn this thing is taking some time. Everything keeps breaking.

I started doing a tune up. Pulled all the plug wires. Pulled the cap and rotor. Then started on the plugs. Cylinders 3 and 4 won’t come out. Some of the rubber from the plug wire is stuck around the bottom of the spark plug. I can’t get my spark plug tool on it. Looks like I’ll have to either burn the rubber out or get a really long pick to get it out.

And then I pulled the valve cover and part of the gasket was completely missing.

the previous owner should probably be beaten to death. No wonder there was such a huge oil leak.
C

I had that happen on my taco...very annoying. I think I removed the rubber washer on the plug socket and got it to grab the rubber and twist some off...
S

What size bolts do I need to go through the upper control arms on the rear axle. That connect it to the axle. Somehow one of them is missing.

Big.... You probably can just get them by size but I think either the head or the nut on those locks it in place. I had mine out recently and the side the locks does NOT move no matter how hard I pulled. If you go by size and not OEM then do what @Delta VS does and use a locking nylon nut would be my suggestion.
You must log in or register to reply here.

Heres a little story About a Fella Named LANDTANK and his magic orange fan clutch.

If your Going to Recharge your own A.C. heres what Toyota recomends.