Hello Mud! I seldom find time to contribute to forums much, but this on is amazing and going to try and be useful and share .

I have been interested in owning and restoring a 60 series for about 6 years, but always something else taking first priority. But I finally got serious last year, and quickly realized that the prices of these were getting quickly out of my budget!! So, when a 1985 FJ60 popped up on craigslist near me for under 5K I jumped.
Turns out a bit too fast. This fj had a mostly rust free buddy, but no drivetrain, cobbled and missing interior, and (as I later realized) a home grown suspension lift with (poorly) welded frame perches and unknown springs. This threw a wrench (a hot one) in my OME 2.5” bolt on plans. So I got discouraged got a while while contemplating a path forward.
I knew I needed parts, lots of them, and those too were nosebleed territory for those of us not related to walmart owners, but still a need. I decided to look for a good chasis and drivetrain, with a bad body, to marry with my good body no drivetrain.

That too is a waiting game, and prices kept climbing with each new BAT auction. Grrr.

Then, a miracle occurred! Driving down the road three months ago my son noticed 2 FJ62s sitting by a building. I figured they were at some resto shop awaiting refit, but 2 months later they were still there. I stopped by to look at them, and as luck would have it the owner happened to be sitting in the parking lot too (coincidence or providence?). We talked, he admired my ‘06 315K mile Tacoma with mods, and eventually got to the question of “are they for sale??”

The short answer was yes. However, it was a package deal. One is nearly 133k mike, almost zero rust, straight, and very complete and running (needed a lot of maintenance and tlc), the other is a east coast rot wagon - but with full drivetrain, and near perfect grey interior. Would run but missing some bits. The pop package price was out of my immediate budget, but I had a nice Yukon for sale and the owner needed a quick/decent running vehicle - so a swap was agreed on and the trucks have a new home!

Will start a build thread, since I am going to go through this and hopefully (for the first time) document a build. It won’t be ground breaking as many have done this exact thing - but it will end up with a 6.0 ls votec at the end. Hope to seal up and enjoy the 4.0 for a while first though. 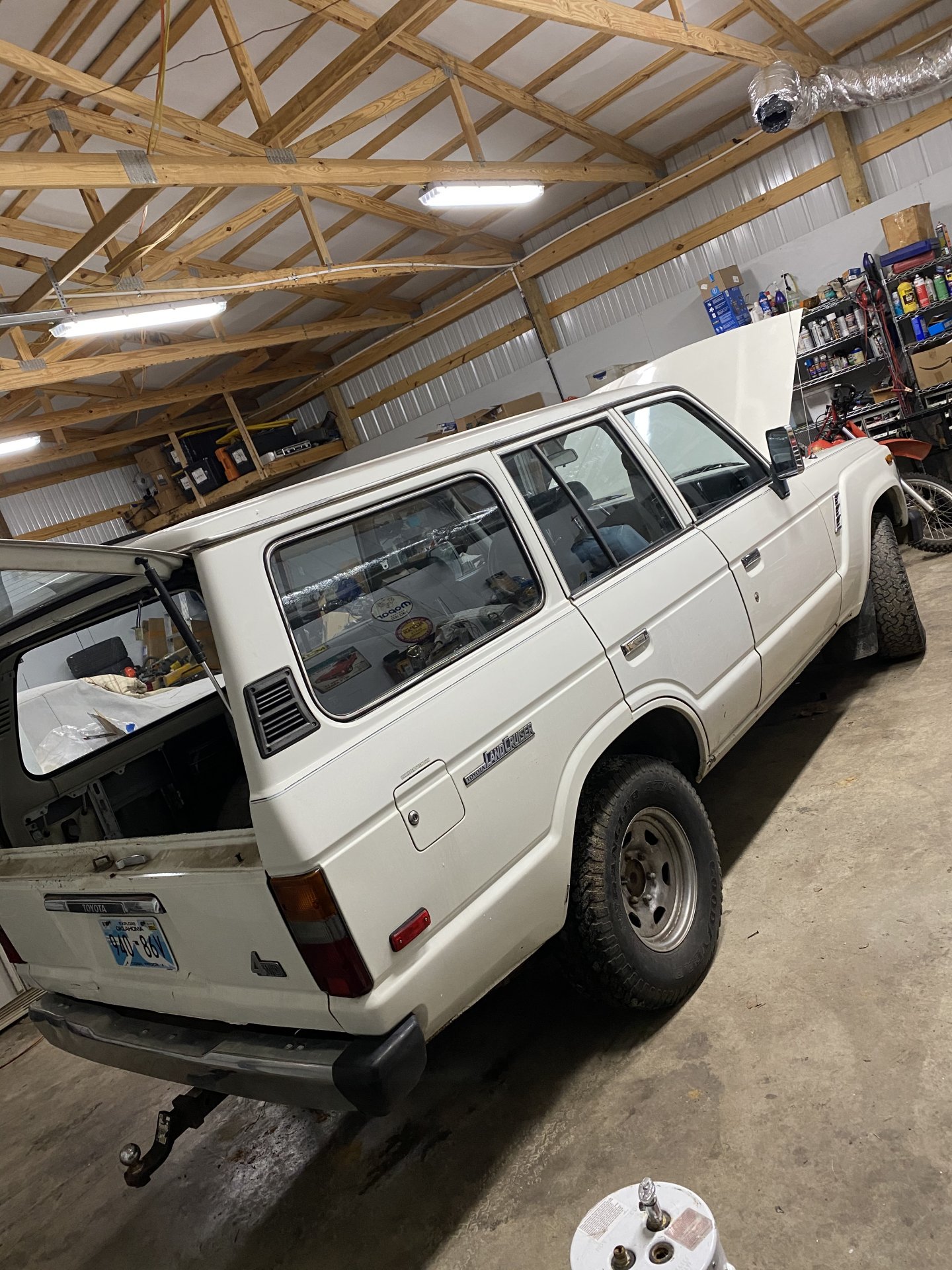 A recent BaT sale might have you wondering if dropping in a 6.0 is wise. 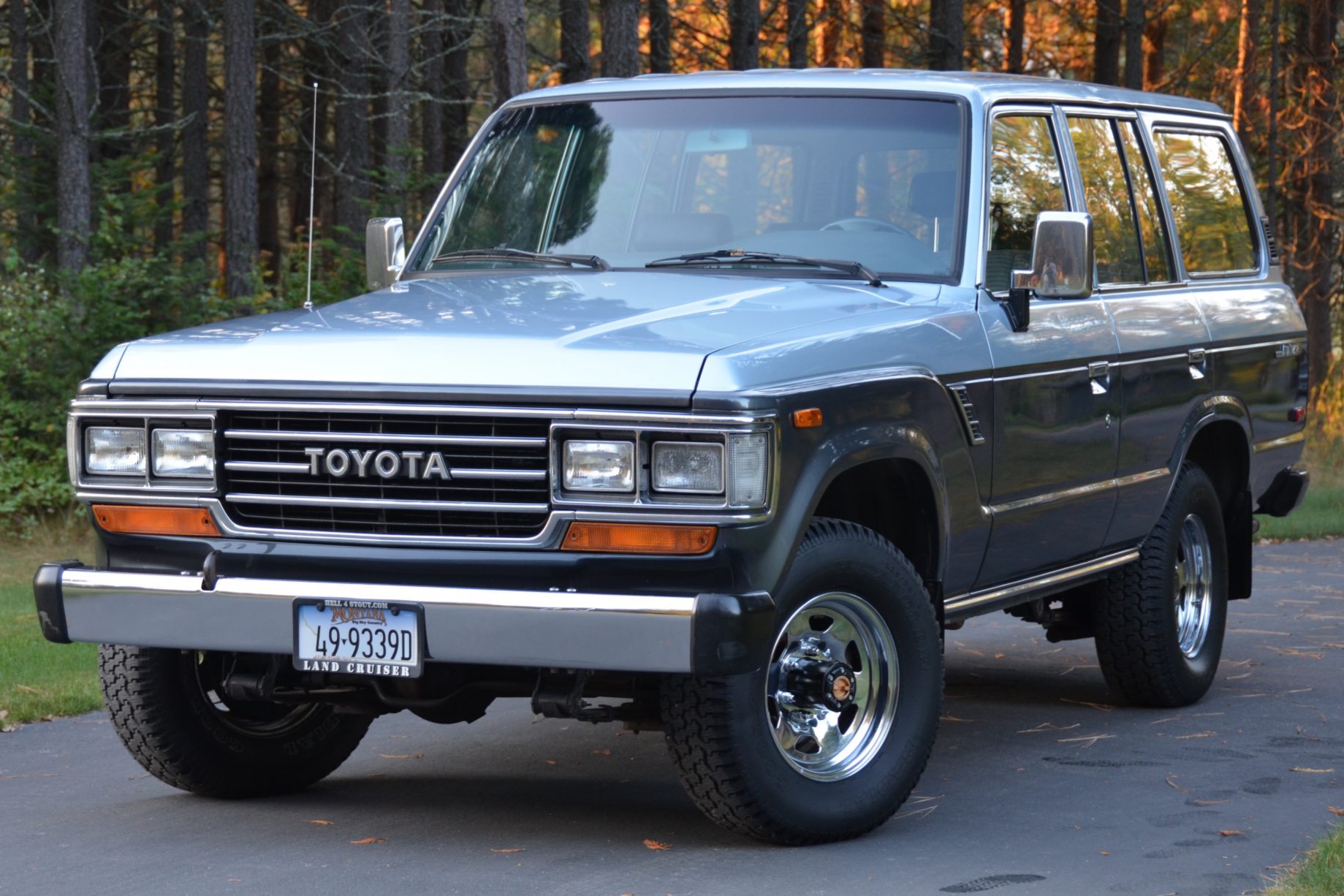 Bid for the chance to own a 1988 Toyota Land Cruiser FJ62 at auction with Bring a Trailer, the home of the best vintage and classic cars online. Lot #41,253.

A recent BaT sale might have you wondering if dropping in a 6.0 is wise.

Bid for the chance to own a 1988 Toyota Land Cruiser FJ62 at auction with Bring a Trailer, the home of the best vintage and classic cars online. Lot #41,253.

Wow. My goal is to have reliable and repairable power and enjoy it. But there is a purist in me that loves stock old iron too.
Will have to weigh the decision closely at the time. Thanks for The reply.
You must log in or register to reply here.

Tuesday at 9:26 AM
bronco loco