New 2011 arrived - some issues and questions

My new 2011 Model i could pickup on Tuesday

Unfortunately, the Handbooks are in French, which i doesnt understand.

But found now a english Handbook, and try`ed yesterday some of the features like Crawl.

In Crawl on Settings "Low" the car starts to swing for and back, shure he is moving forward, but it sounds terrible, and the swing is so hard, that i stoped crawl twice. Is this normal? 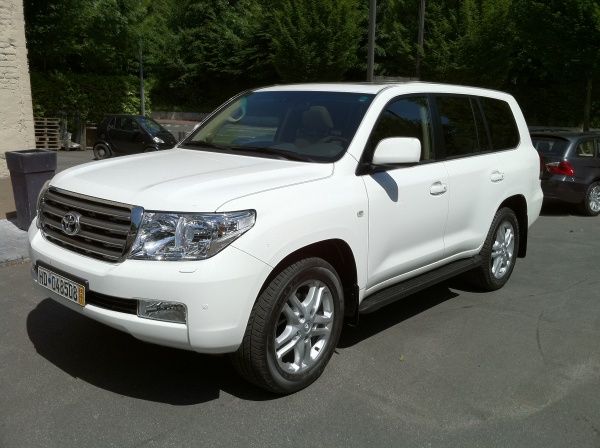 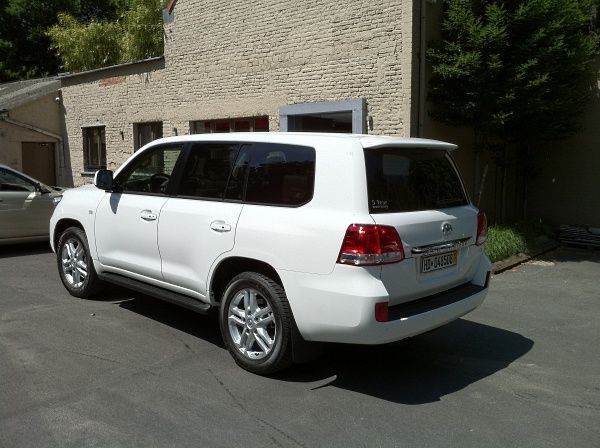 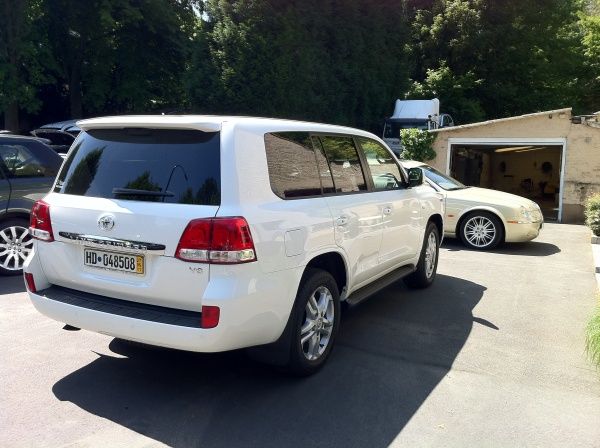 Yes that's normal when there is no resistance. It will lurch backwards and forwards quite a bit as the accelerator and abs compete for dominance. The racket you are hearing are the brakes firing in bursts. Try it on a hill or in some mud and it will behave completely differently and quite smoothly. Download the manual in English. Its here somewhere I think. Do a search.
200 Series TTD Limited Edition. ARB Bullbar, Nitto Trail Grapplers, Monster XD Rims, Slee Sliders, Radflo Coilovers F & R, Total Chaos UCAs, Coilrite air bags, Eaton E-Lockers F & R, Airtec Snorkel, ERG Plate, Diff Drop, Navi Bi-pass module.

If you need the manual in English, send me a PM with your email address. I compiled a searchable PDF of it. Although it's for the american 5.7...

Try this one, lol. Again, you will have to wait for it to let you download...


JBHorne - thank you, found your link.

Because of bashing: i find only stuff about the noise, Not about the capatiblities of Crawl ?!

mark71 said:
if you spend dedicated time practicing driving it off road, you will probably have learned to do better than crawl. i played with it a few different times, but found it more of a novelty than anything else.
Click to expand...

I'm no expert on the topic and I have never used Crawl before, but my understanding is that Crawl can control the braking for each wheel separately, whereas your brake pedal can't. In most situations, you might not see a difference, but in extreme situations, Crawl would have an advantage.

I'm no expert on the topic and I have never used Crawl before, but my understanding is that Crawl can control the braking for each wheel separately, whereas your brake pedal can't. In most situations, you might not see a difference, but in extreme situations, Crawl would have an advantage.
Click to expand...


I know I've covered this before, so you can read about my experiences elsewhere, but I hate crawl control.

For example, I tested it out while going down this section on the Broken Arrow trail in Sedona. No one in my vehicle got out to take a photos, however this is an image I found: 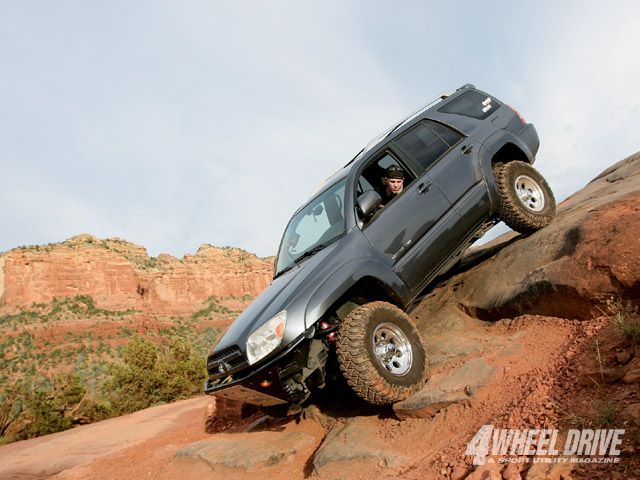 With a tire off the ground, crawl control was downright scary. I was FAR better off using my foot on the brake, 4LO in 1st. Crawl control would release the brakes and then hit them again hard, which caused the vehicle to "feel" like it was going to flip forward (obviously it wouldn't, but sure felt like it). Needless to say, I've tried it a few times just because and think it is the stupidest gimmick ever.

While at The Gap, which is a very tippy trail is a long wheelbase vehicle, there are quite a few sections near cliff edges. While going down a long decent, I tried crawl control again. With a tire in the air, the brakes released and then grabbed again on the opposite wheel causing it to slip forward on the loose sand, which in turn caused the vehicle to dip forward and raise a tire considerably, right on a cliff edge. This would have never happened with my foot controlling. Loose sand on steep descents are no time to be slamming brakes on and off.

Again, not me, but same trail: 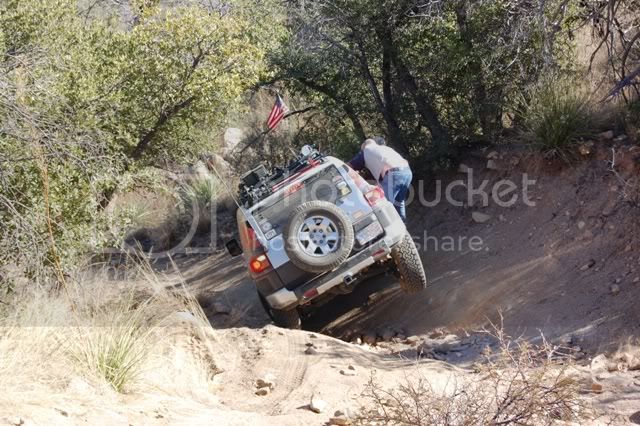