I am the proud new owner of a 1982 FJ40 with a mere 41K miles. I bought it off the second owner who is 73 years old and owns McKinnon Toyota in Clanton, AL. He has owned it for 27 years. It is in amazing condition. He kept it indoors it's entire life in a warehouse at his home. Everything is original and serviced with original parts. The only faults with the vehicle is the first owner installed an aftermarket sunroof and added fender flares. I can live w the flares, but will have to repair the sunroof. It does not have PS or A/C. I am in the process of adding factory PS and may add a/c at a later date if I can't live without it. So far it has not been a problem. I have already replaced the tires w BFG AT's. 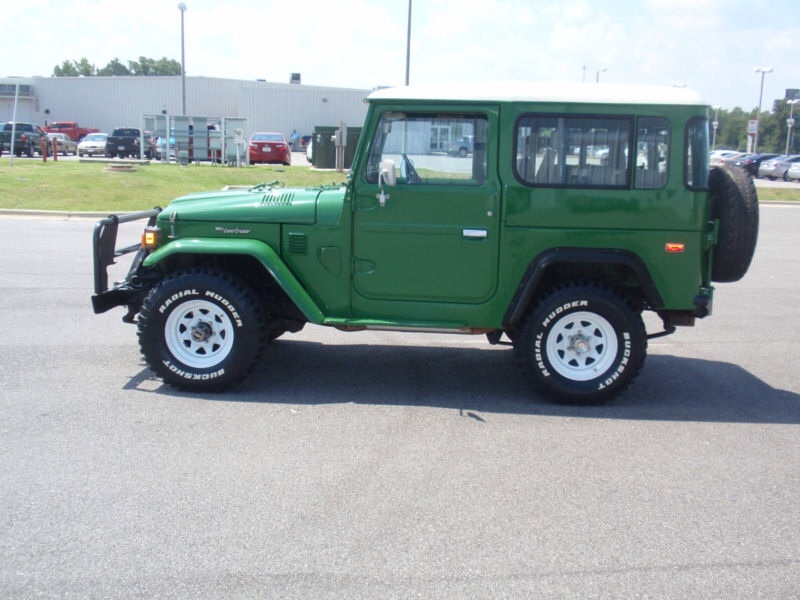 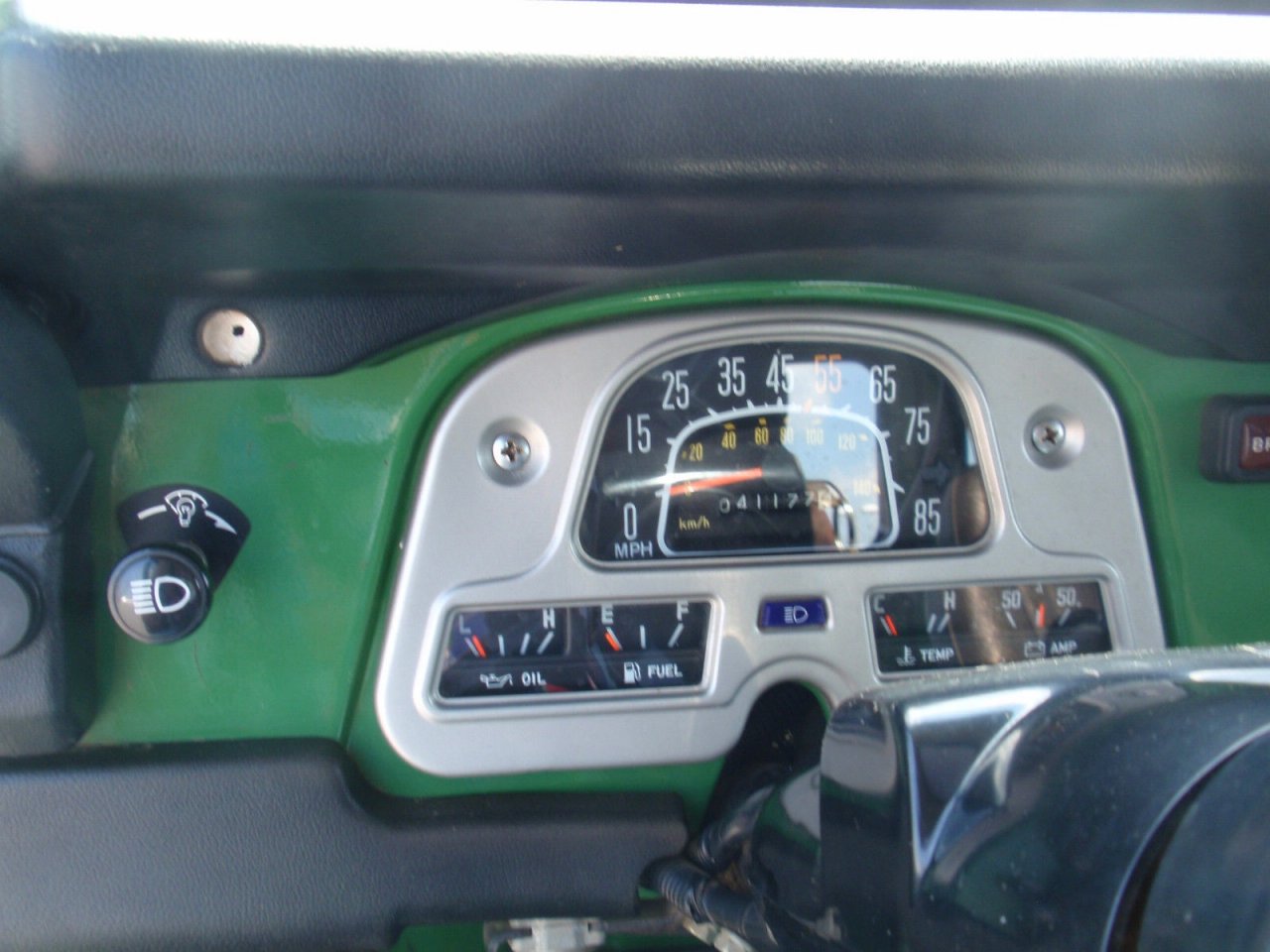 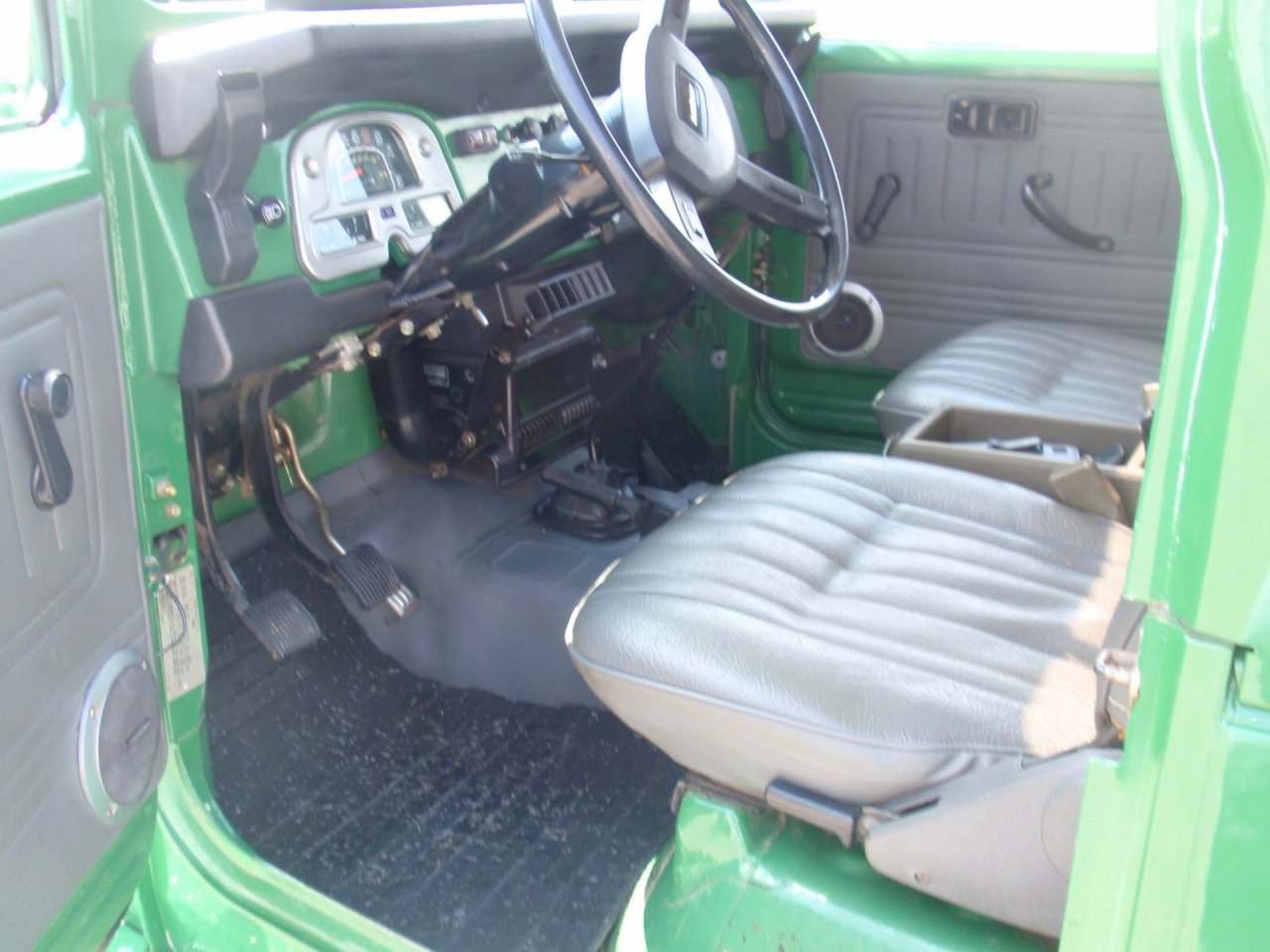 Me and Mr. McKinnon in front of his dealership the day I picked it up. 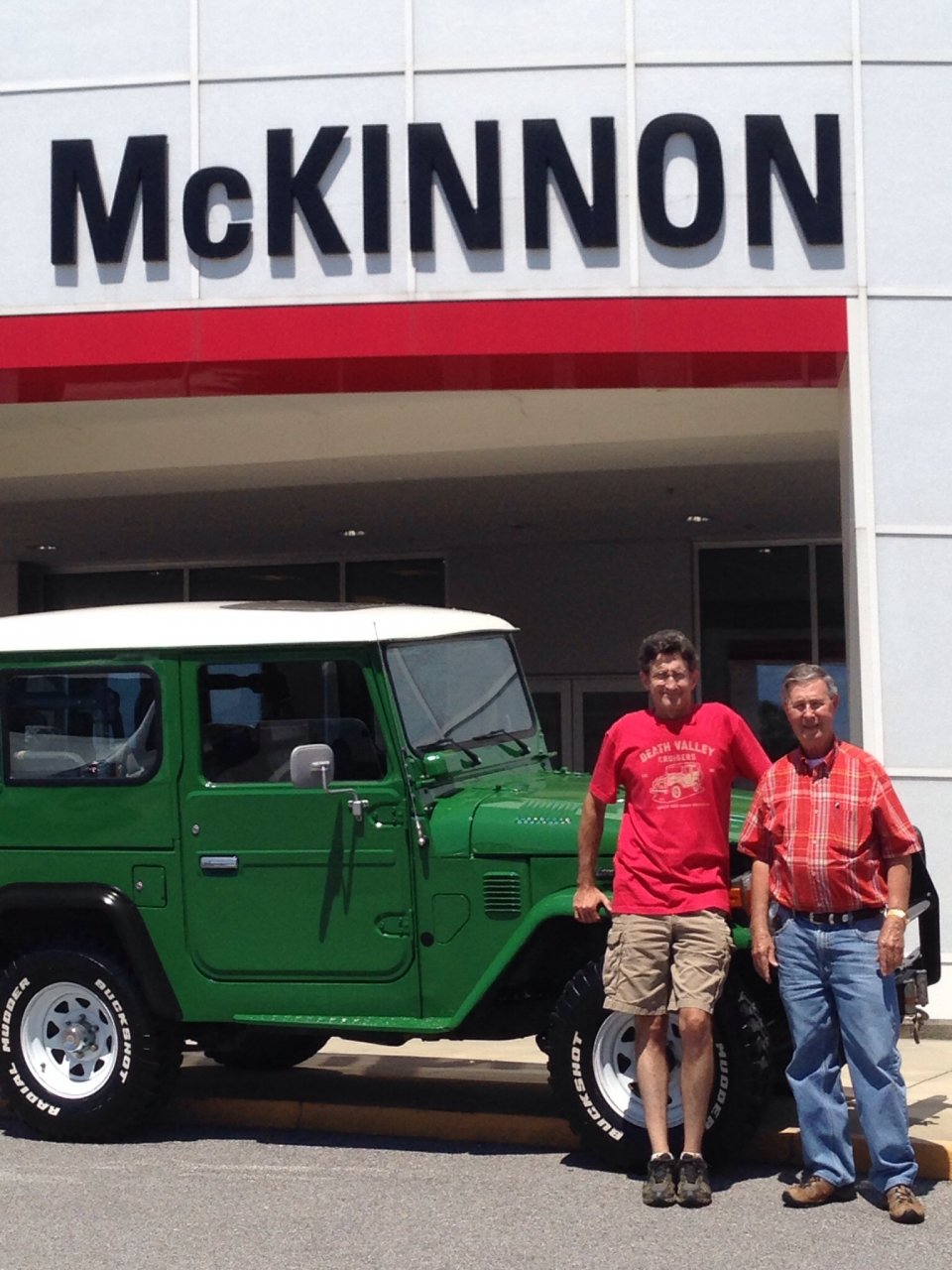 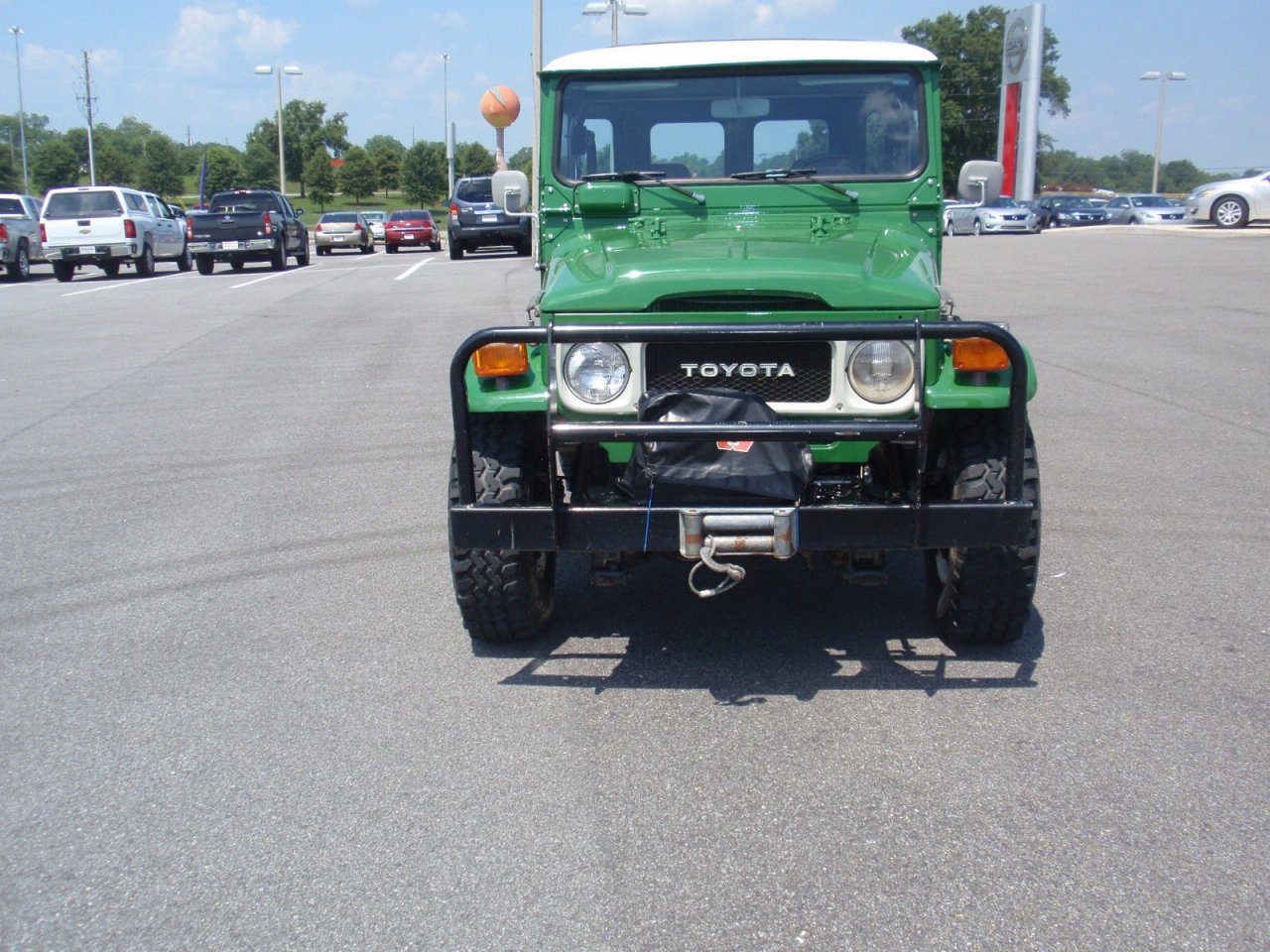 As it sits now after new tires. 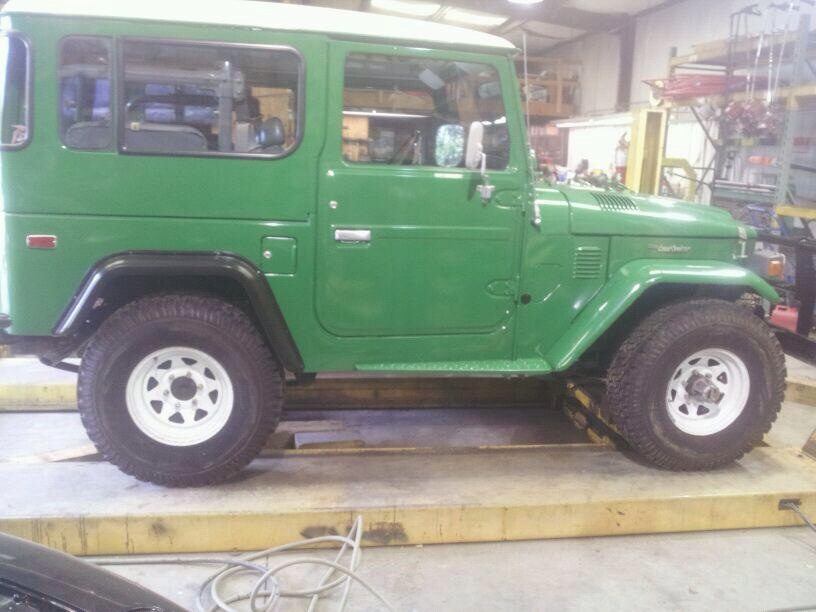 I am planning on changing the wheels at some point. Not sure if I'll go back to stock or a set of American Racing Mojave Teflon wheels. Will also add a 2" OME Lift kit as well.

Location
Mountains just outside of Gotham

Very nice. Does the PO have any more 40s in his warehouse?

Plz dont live with those fender flares , 40's shouldnt have them...

Great buy mate. How much did you pick it up for. What colour is it.

The guy looks like he's a good shape for 73! The Cruiser looks like it's in good shape too. Enjoy it, Go back to stock wheels. You can can't go wrong with stock. Excellent find!

how did you find these gem?
Im surprised the po would give it up.

White Stripe said:
I would go to stockers instead of mojaves on that. A few wrong mods can make a 80k dollar cruiser a 30k dollar cruiser. That things is nice man.
Click to expand...


cc93cruiser said:
Plz dont live with those fender flares , 40's shouldnt have them...
Click to expand...


I only meant I can live with them for now, they will ultimately be removed, just likely the last item on the check list.


Ken White said:
Great buy mate. How much did you pick it up for. What colour is it.
Click to expand...


alabamatacomaguy said:
how did you find these gem?
Im surprised the po would give it up.
Click to expand...


Me too, but he was very happy it went to a southerner. It was in front of everyone's nose, but went unnoticed . He acted like he was 60 Years old. Very good shape.
J

Hi that is an amazing truck! what a superb condition... wow! It will serve you well for many years!

Nice find. I don't see a cataclysmic (sic) converter under the driver's side running board - was that removed?
S

Wow! I was right up the road in Hoover and he didn't call me first to see if I wanted it? HA. Enjoy the Cruiser.

congrats! thats a sweet 82 and a twin to mine(bought from widow of original owner)

funny my front PS turn signal sits at the same off angle as yours.......never bothered to fix it for some reason 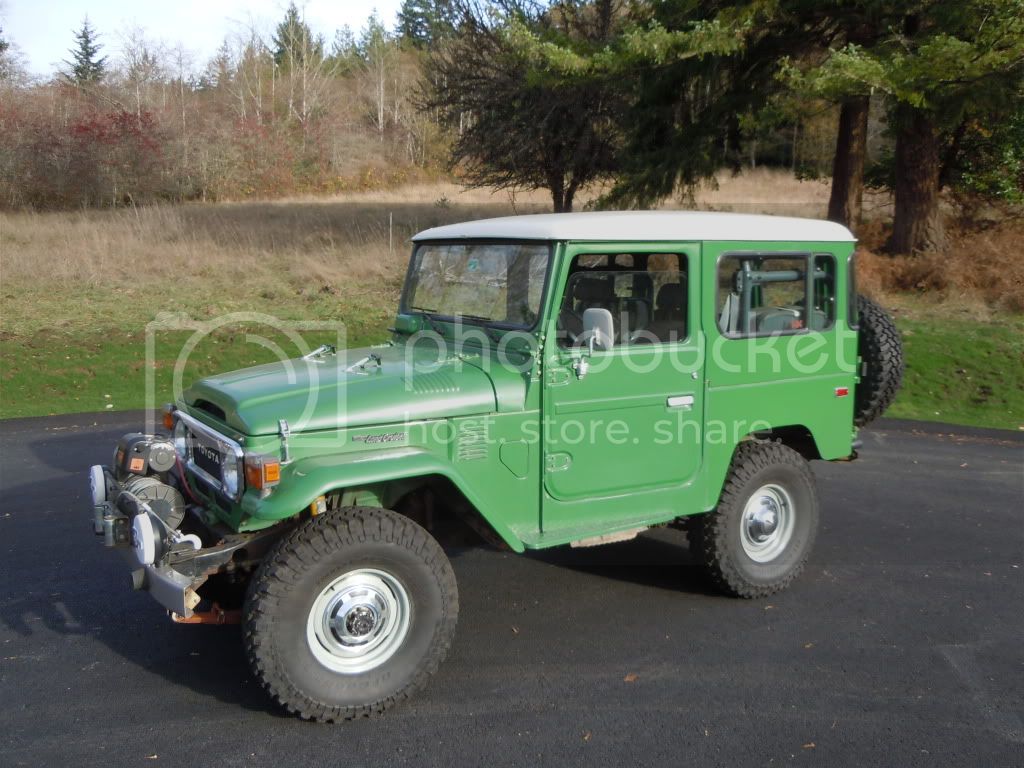 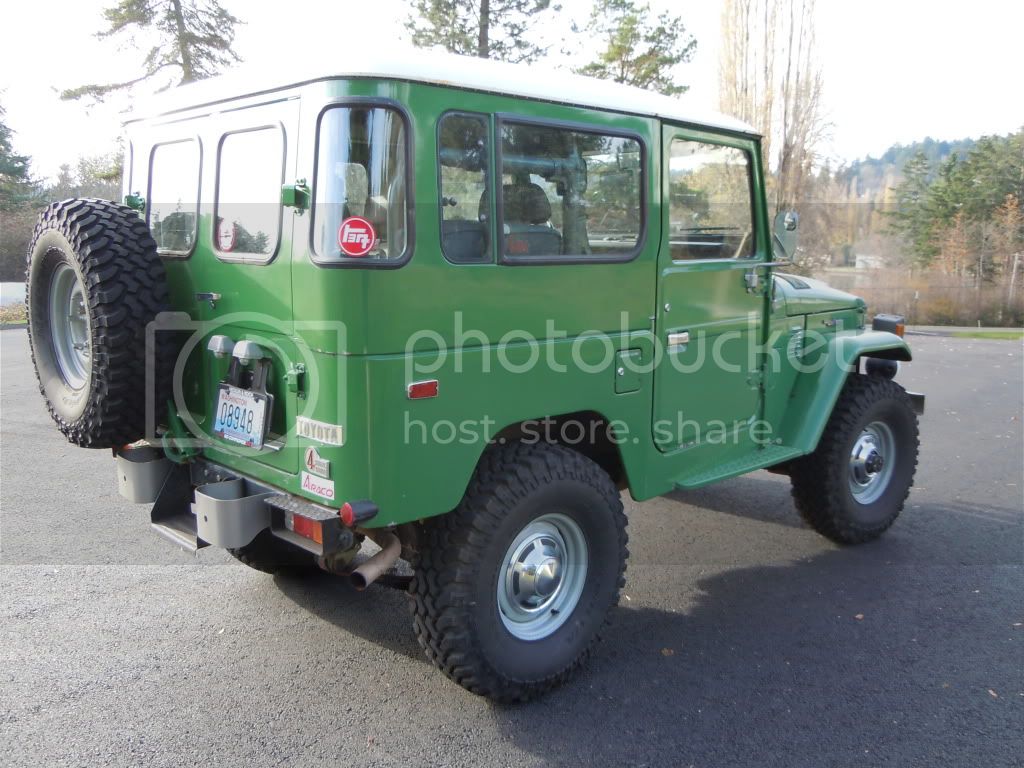 Hey Pimp, what size tires you running on yours? Also, where did you get the cool TEQ decal? Me likes it.
You must log in or register to reply here.