Hey All, I figure I'd ask the ih8tmud brain trust for some ideas / thoughts / suggestions.

I use the MX Hauler to transport my DR650 on the back of my LC200. Below are a photos of it in action.


I live in the city, none of my friends or family own a land cruiser or haul a motorcycle. I figure I ask the brain trust here. Thanks! 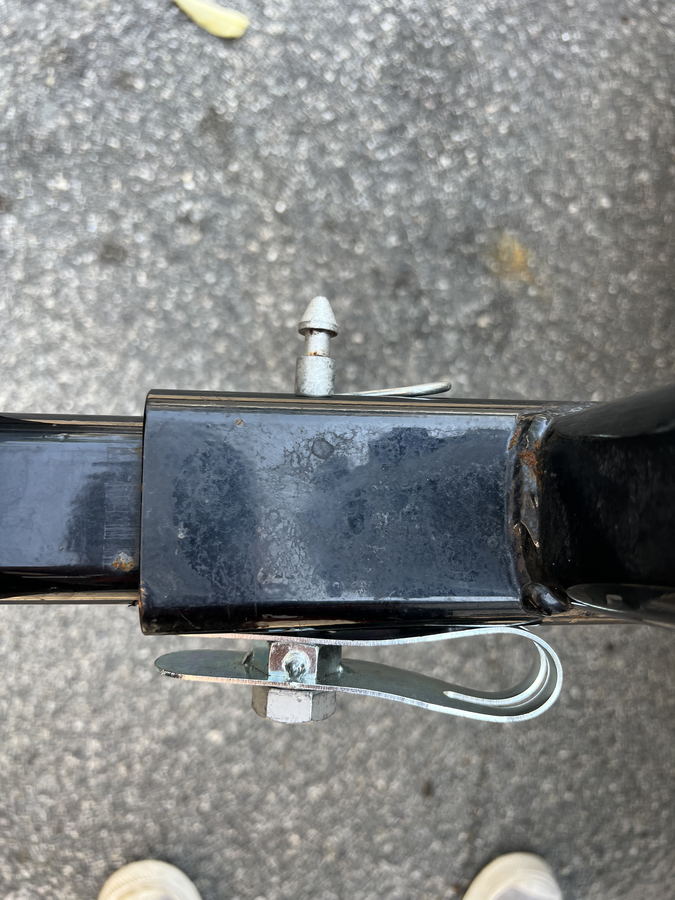 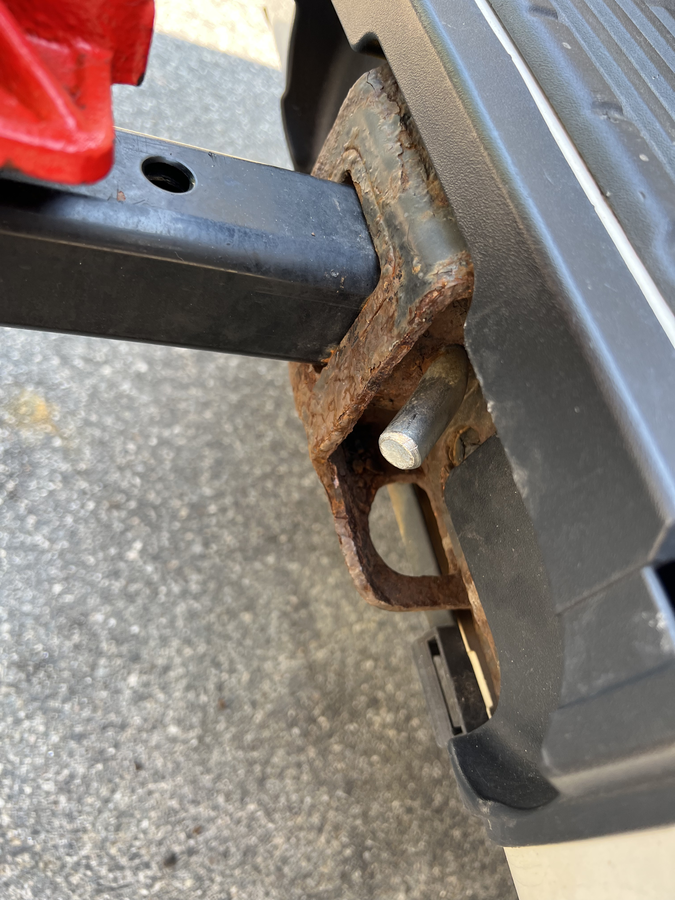 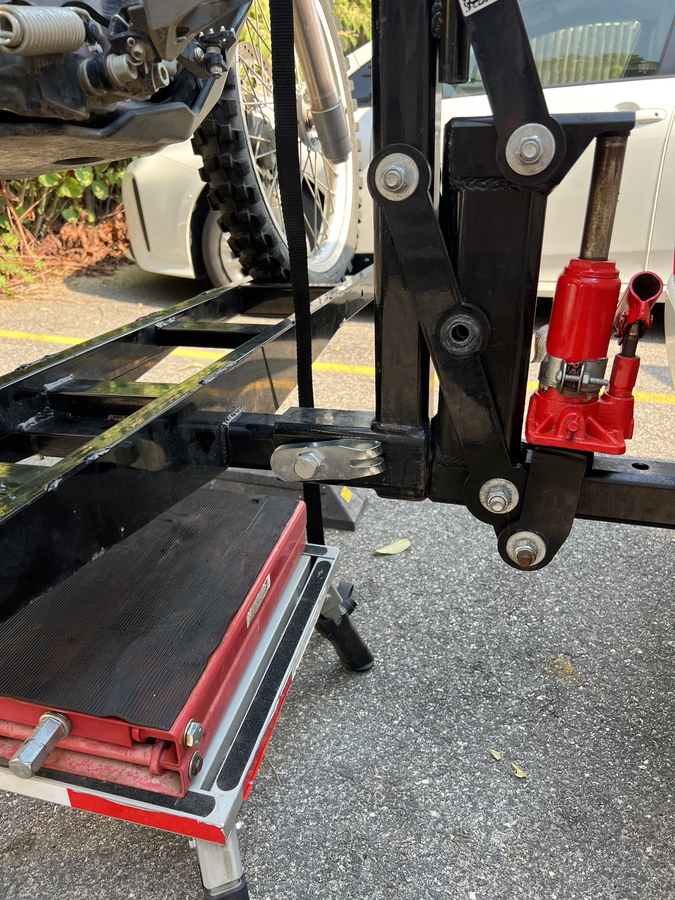 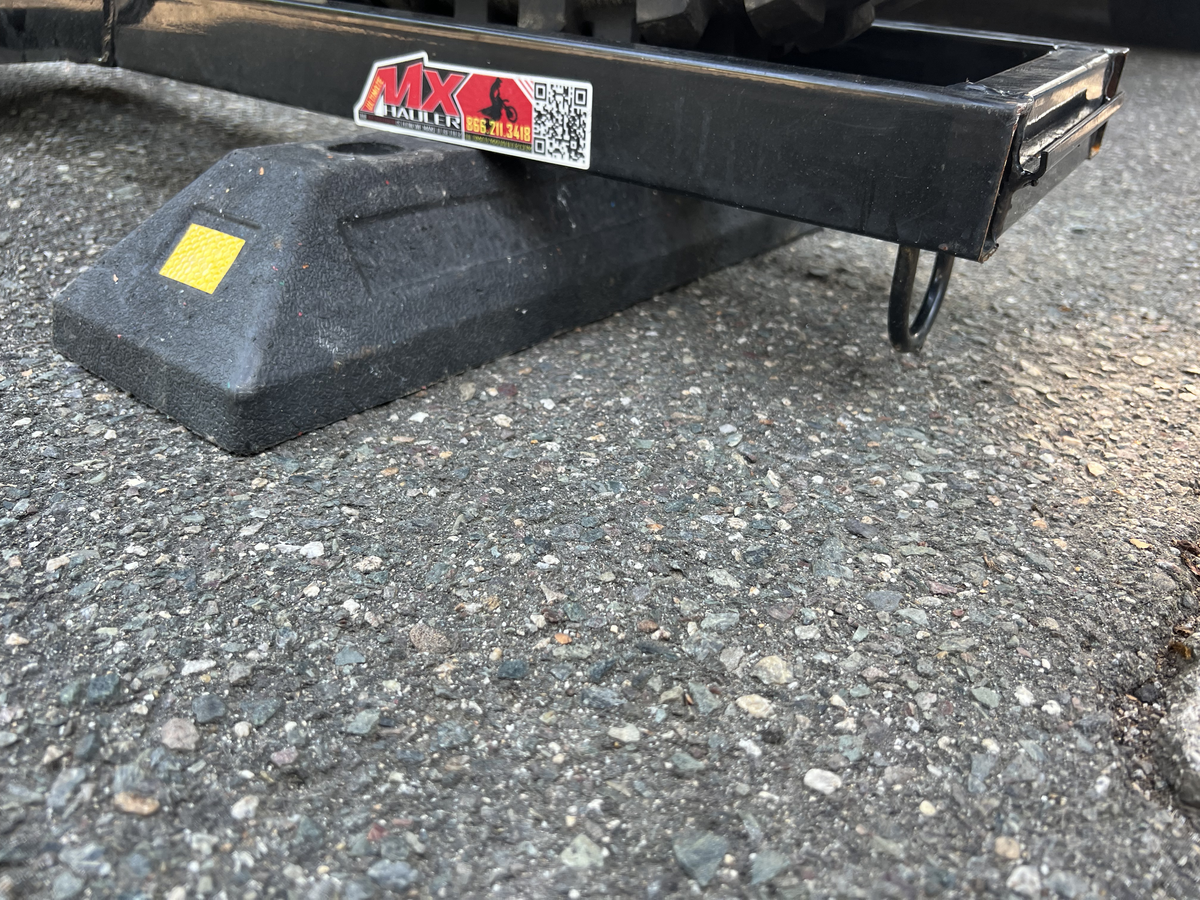 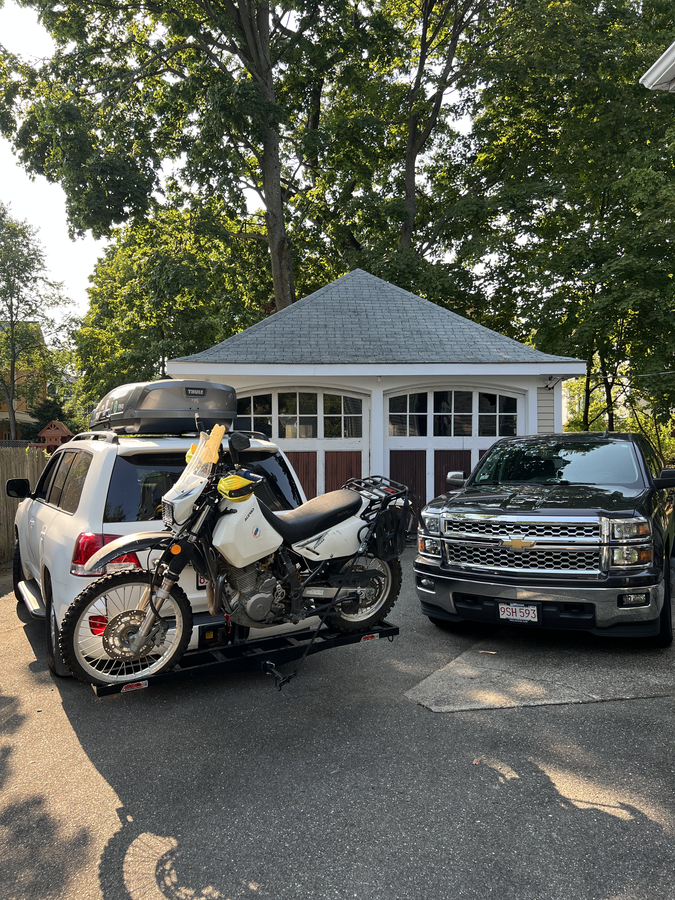 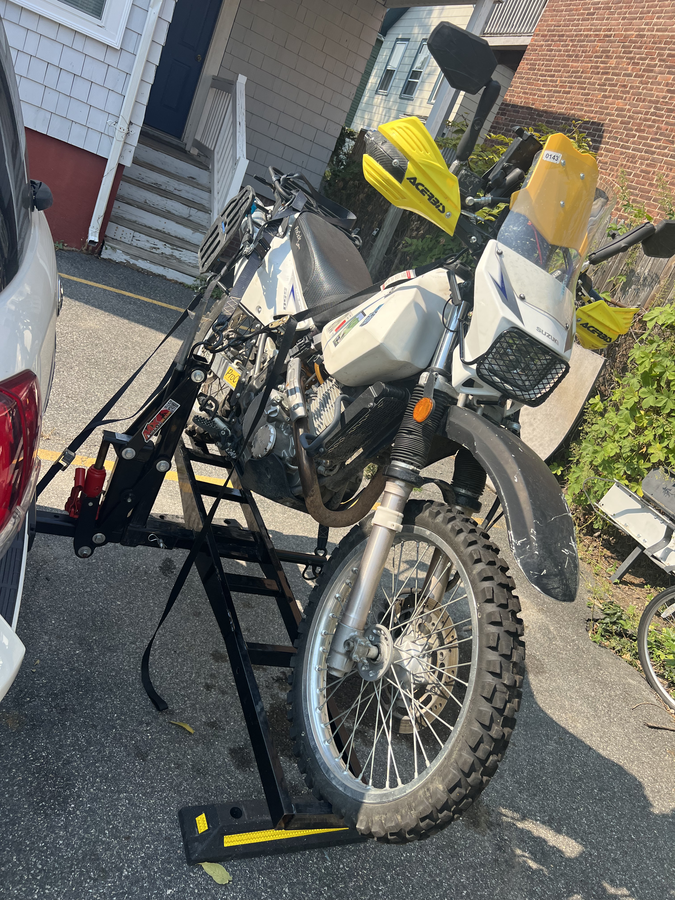 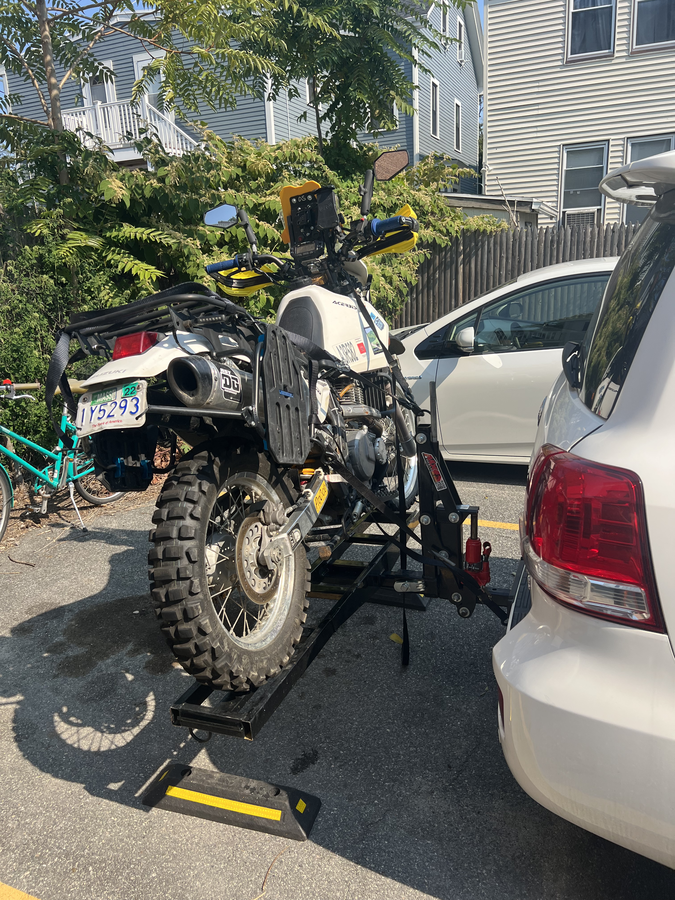 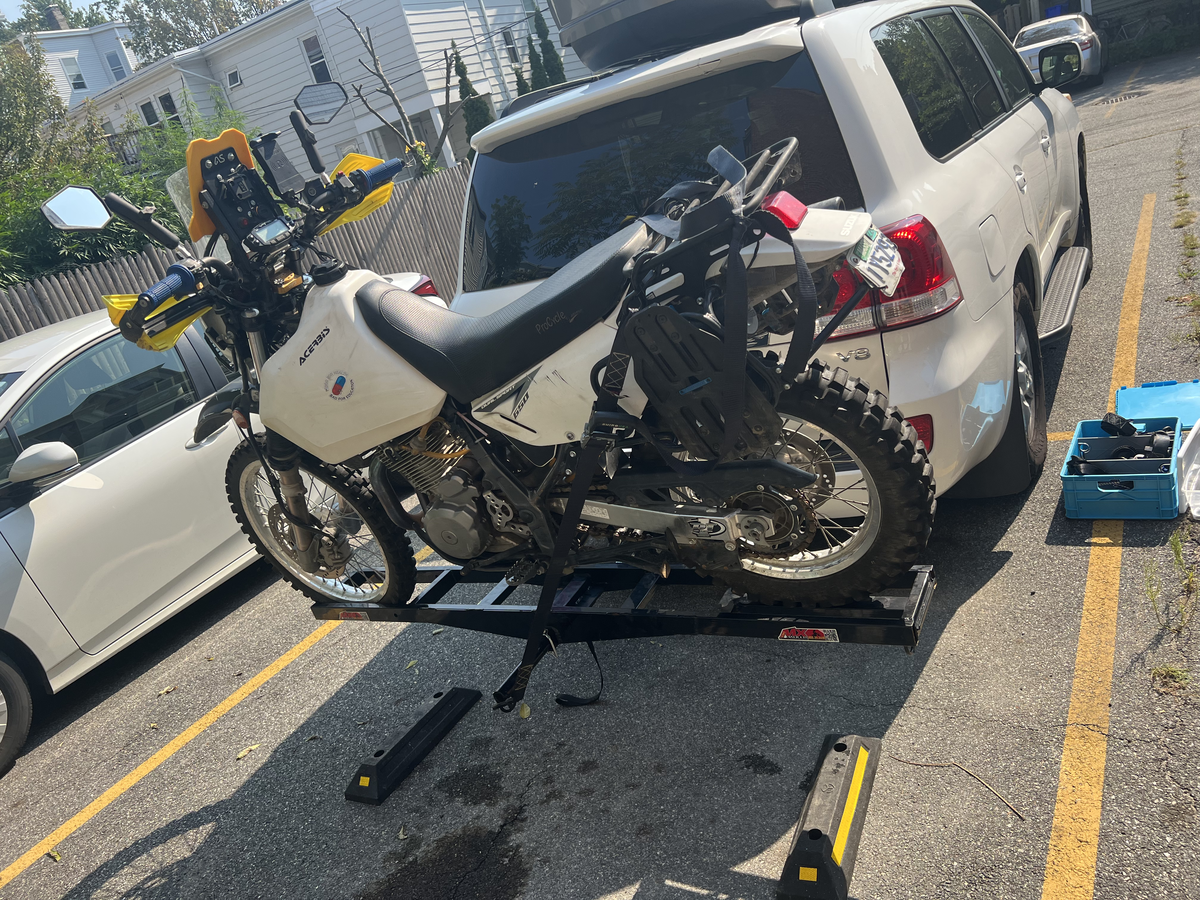 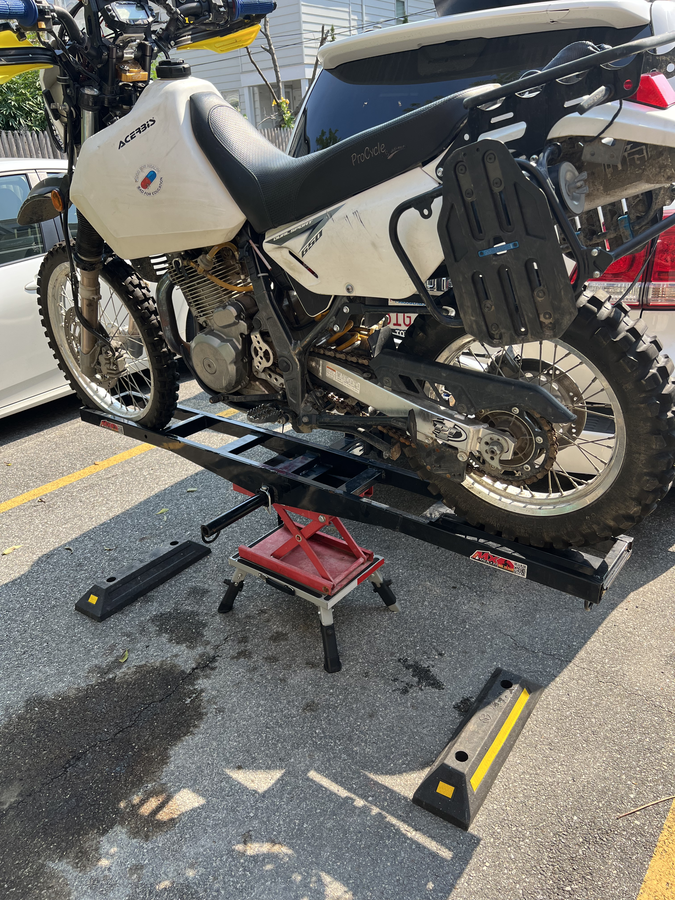 Looks like a lot of force applied to a very long lever arm.

No reason maxtrax wouldn't work in place of those blocks, but you might need to stack more than one to get the height. What are they supposed to be doing? It looks like the loops on the carrier could hold the load.

That silver hitch pin looks sketchy. Factor55 makes some really nice ones, but most of mine (except the one I use for recoveries) are just cheapo Reese brand.

I used to tie down my dirt bikes with tie down loops and straps just above the lower part of the triple tree, compressing the front forks when tensioned. I've never tied down to foot pegs. At the rear use a loop to some solid metal part of the rear frame. You don't want it bouncing around on the suspension.