Friends today is a glorious day. It is such because Mudhorn didn't just crush a smog test but did so with 3FE manifolds here in good old SoCal!

There a few good threads about adding 3FE manifolds to the 2F so I won't go into that. I machined down the 3FE manifolds where I could with my mini-mill and JB Welded a stack of cut washers on the intake side where the mill could not reach.

The wrinkle here is that had to retain the EGR if I wanted any chance at passing smog. I tried welding two sections of EGR pipe together but I couldn't get them to seal and the bends were too close to the all of the emissions and steering plumbing. The more I tried to tweak them the more it cracked... rinse - repeat. I searched and searched. Just as I grew discouraged I found a high temp gas line with fittings that were similar in size to the original. However, they were a standard thread (3/4" MIP/FIP) where the truck is the M26X1.5mm metric thread. I then searched for an adapter and actually found a male and female version to connect to the pipe just as it arrived.
Amazon product

The adapters I found where these... the kicker is for one of them they had a 12 piece min order so I have 11 left. If anyone decides to do this PM me and I'll make you a great deal. I also have an extra of the other since I ordered 2 just in case. 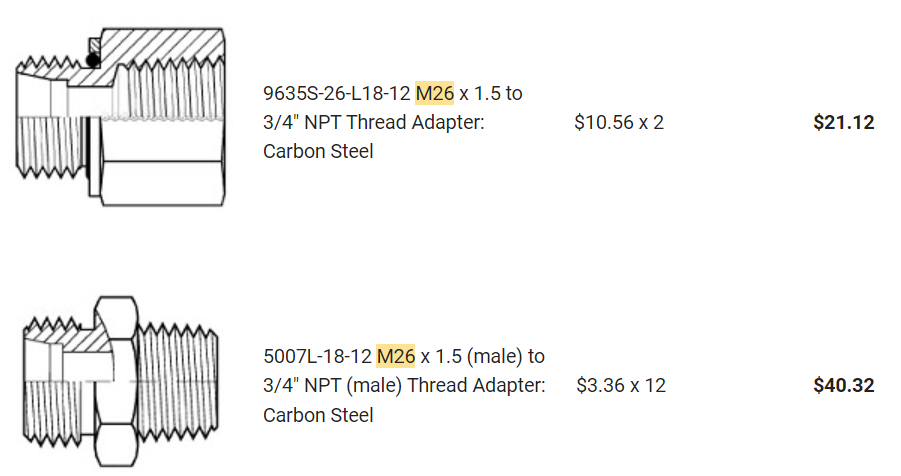 Here are some install pics. This length gives the EGR gases some opportunity to cool which should help reduce NOX. 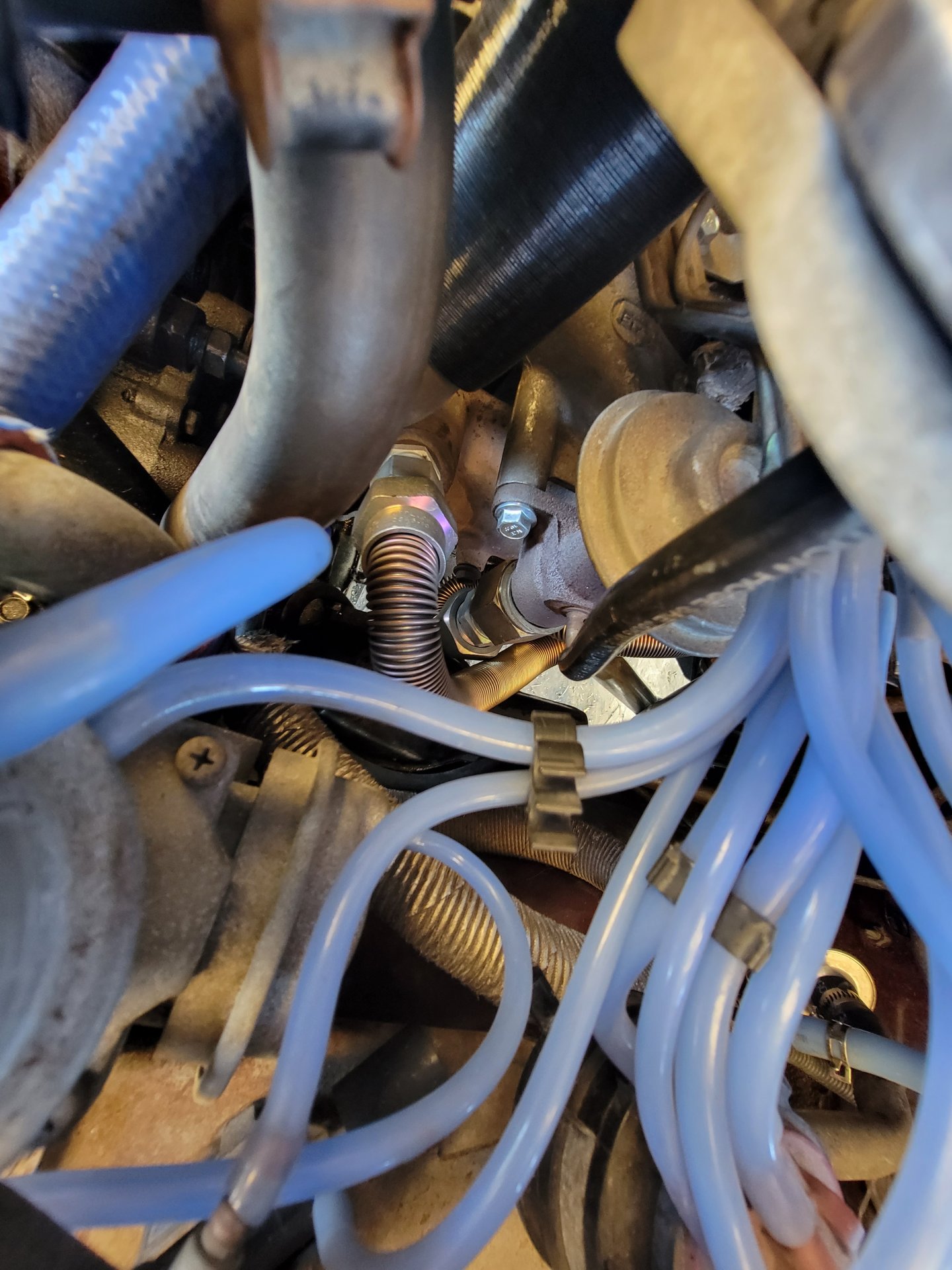 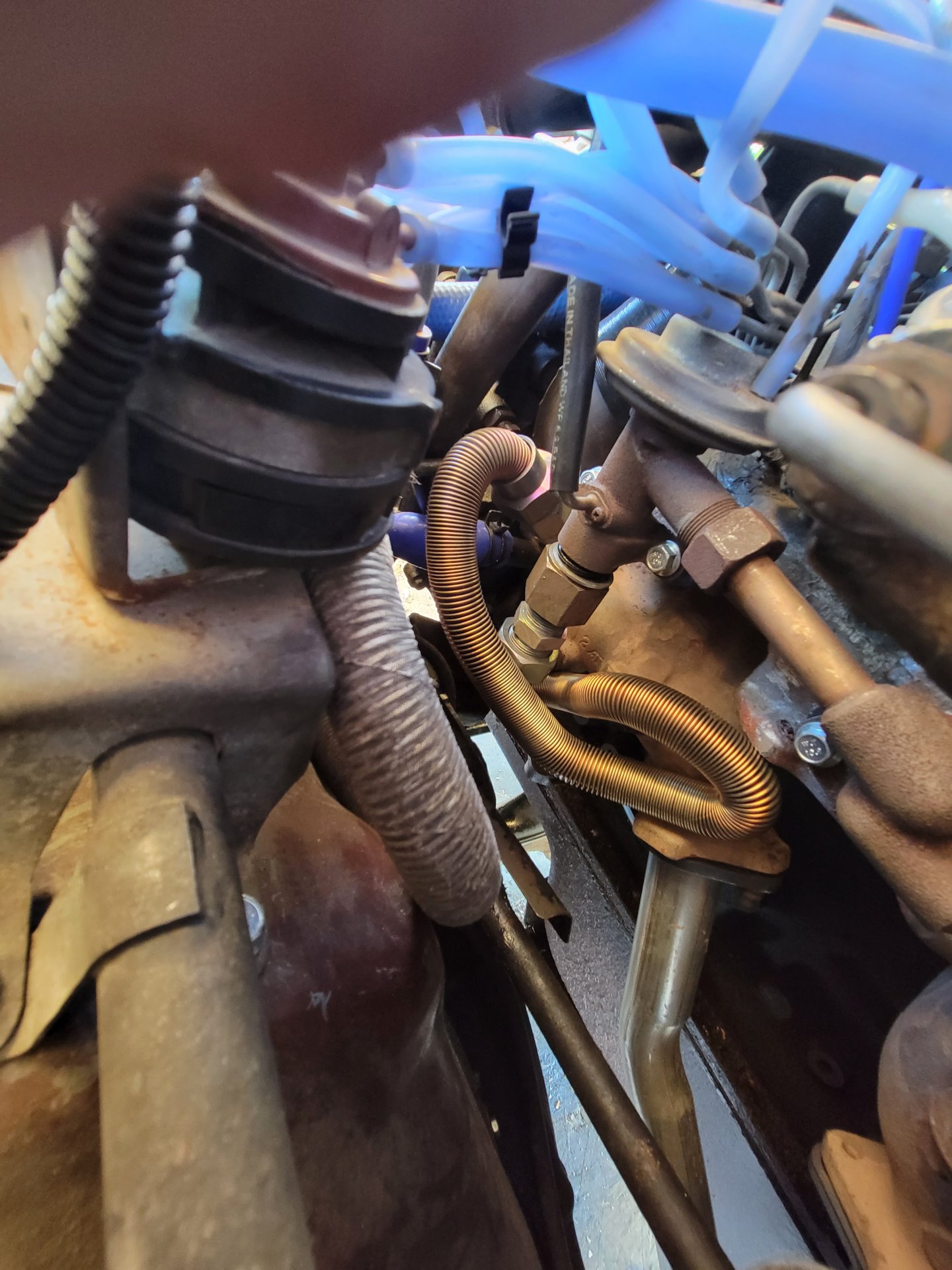 Despite the truck likely running a little lean, NOx was nice and low. I theorize that because the 3FE manifolds do not superheat the air like the 2F one did the cooler intake temps are helping reduce NOx production.

The best part, performance is noticeably improved. The engine has gained 1000 RPM of useful torque production. It feels more like my 3FE but with that 2F long strong torque-love.

I was able to retain the necessary-for-visual-inspection air duct between the air cleaner and manifold by using an unused bolt hole oh so conveniently located in just the right place.

This distributor has passed smog in San Diego 2X so far.... it also makes the engine run better. 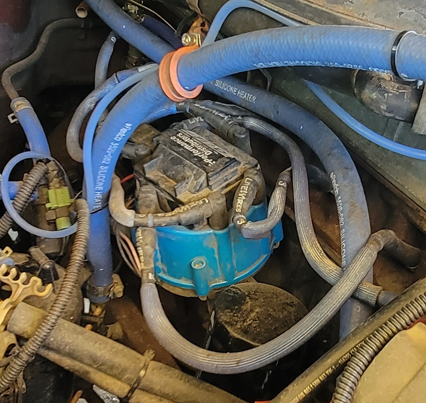 The truck had been down for long that I totally had the 60 glow driving back from the smog shop. I think I need cold scotch!

elripster said:
The truck had been down for long that I totally had the 60 glow driving back from the smog shop. I think I need cold scotch!

Wow. This is very cool. Way to MacGyver it with the propane hose!

I know that "just passed smog" feeling. There is always a little bit of dread mixed in... like "what next?"