WASHINGTON — Toyota Motor Corp. is temporarily halting sales of the 2010 Lexus GX 460 after Consumer Reports issued a rare "Don't Buy" warning amid concerns the large SUV has handling problems that could cause it to roll over during sharp turns.
The Japanese automaker said Tuesday it had asked dealers to temporarily suspend sales of the SUV while it conducts its own tests on the GX 460.
The magazine said the Lexus problem occurred during tests on its track. In a standard test, the driver approached a turn unusually fast, then released the accelerator pedal to simulate the response of an alarmed driver. This caused the rear of the vehicle to slide outward.
In normal cases, the electronic stability control should quickly correct the loss of control and keep the SUV on its intended path. But with the GX 460, the stability control took too long to adjust, which could cause a rollover accident if one of the sliding wheels were to strike the curb or another obstacle, said Gabriel Shenhar, Consumer Reports' senior auto test engineer who was one of four testers who experienced the problem. 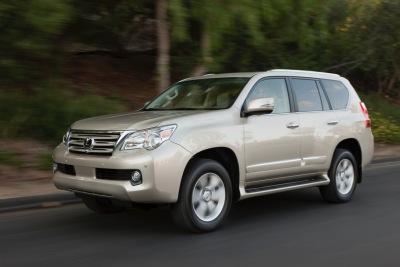 If you're on er going into a corner and you strike an object, you could roll over.

What a bunch of BS. Can't people just learn to drive a vehicle. Each vehicle is different in how it handles in different situations. I can think of many others that would roll in the right situation. This is just another indication of a society that won't take responsibility - "blame the vehicle not the driver".
John G.
Naturally Exhasperated
VA7 CFS

I never wanted one of those cheap GX 460 models anyway. I'v been holding out for the
LX 570 with the Electrochromic rearview mirrors and power tilt steering column and push-to-start module programing. You can pick up one of these babies starting at only
$86,800. + taxes + pre-delivery bulls*** + documentation fees = $98,800. + OPTIONS. Dealer may sell for less (Yeah right, but don't count on it!) I'm kicking tires here but they don't stock my favorite colour -- CAMOUFLAGE 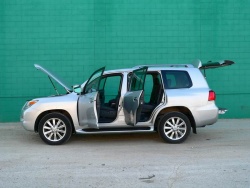 It is a perfect reflection of North American society, Canada included. Seems people nowadays expect everything to be done for them including taking responsibility for their own actions.
If you buy a F ing truck you had better expect it to perform like a F ing truck!
Enough on this crap, i gotta go screw my friends wife, but it's not my fault, i have a sex addiction.
1980 PU 350 TPI SBC 38" Swampers
1993 FZJ80 6" slee lift 37s
1978 FJ40
2011 FE570s HUSABERG
My 83 BJ60 bobbed, SOA, frame up, money pit, build. http://forum.ih8mud.com/60-series-wagons/177156-some-pics-tonight.html?highlight=pics+tonight
IF BIGGER IS BETTER THEN TOO BIG SHOULD BE JUST RIGHT.
TLCA#20985

wow! imagine that. dont tell me that CR JUST now found out what throttle lift oversteer was? sheesh. i bet that if you go into a corner too fast...you may crash! and if you run a red light...you may get hit by oncoming traffic!
sonny
old ride: 1998 4Runner

I'm with ya Vince, pretty soon you won't be able to find a manual transmission vehicle in NA, apparently N. Americans are too lazy to shift gears let alone figure out if your going 60mph and turn your high centre of gravity vehicle sharply and hit a curb it might roll over. Not to mention the electronics the car company's have had to install to compensate for the idiots that think you can drive 60mph in any conditions. A trip through the Coq. in the middle of winter shows the intelligence level, I love seeing SUV's laying on their roof. Even the on board computers can't compensate for stupidity.
Phil
1977 - FJ40-V8-Ranger OD-SM420-Warden t-case, ARB's f&R, SOA, OB air, 4 wheel discs, FF rear end (Ducky)
1986-Toyota Pickup - 5th Gen, standard cab, long box
1996 - FZJ80-Stock, (Kasha)
TLCA# 1539

baxter650 said:
Enough on this crap, i gotta go screw my friends wife, but it's not my fault, i have a sex addiction.
Click to expand...


By any chance, would she be interested in a menage a trois?

Granite Grinder said:
Even the on board computers can't compensate for stupidity.
Click to expand...

http://www.bcwomens.ca/Services/Hea...-disease-program/Chronic+Fatigue+Syndrome.htm
You must log in or register to reply here.