I only drive my '94 80 series in the winter and just for pleasure . Recently while in drive mode (not OD) I felt a bit of a miss or shudder after coasting , but , it was slight and recovered right away with throttle input . On the weekend , driving back from the ski hill ,under compression , downhill following slower vehicles , (in drive) when starting to accelerate again up a slight incline , the Cruiser lost power and it seemed to be misfiring to the point that I needed to let the cars behind pass . After pumping the throttle ( afraid it would die ) it regained composure and drove up the rest of the hill and I carried on . I didn't see a check engine light come on .
Once down on the highway , I got it up to 60 mph and turned on cruise control . All was well until I hit the slight hill at the end of the potato field . Once again , it seemed to shudder and misfire , so I released cruise , pumped the accelerator and it recovered and I carried on .
On the way up the hill , in the morning , under power , it performed as usual . On the way down I had even passed a car and it was normal .
The cruiser is high mileage stock (mostly highway miles from PO ) , but I replaced the rotten exhaust with a SS header and 3" exhaust . I retained the two O2 sensors before I gathered the 2-1/2" down pipes into three inch main .
In the past couple years I have installed a new fuel pump , fuel filter , cap , rotor , wires and plugs . It sits all summer as I run the topless 40 .
Since there was no light on the dash , I thought that it might be a problem with corrosion in the cap or the rotor . I pulled and inspected them and the rotor had a solid coating of something gray on it that would not allow continuity from the coil (top of the pin ) to the end of the brass part of the rotor . I thought this was the problem , so , I ground it off . Once I got the new Toyota cap and rotor I noticed that this was a factory Toyota thing on the rotor . (It must redirect spark up the post on the distributor rather than to the side of the post ??) Now I really don't know what the problem might be .
With no light on the dash , there would be no code . Could it be an issue with a ground (intermittent problem ) , possibly a TPS related to drive (OD button )solenoid ... anyone had this happen ?
K

Wiring harness by the EGR tube. Check to see if the wires are shorting due to melted insulation.
M

Hi, Cars need to be driven,bad to let them sit.Could be anything including old gas. Mike
D

Check O2 sensors.
Similar behavior drove me nuts for quite a while. Several professional mechanics were no help.

I did the simple check (sensor resistance while cold) and it didn't meet specs. A five minute job (checking, I mean.)
G

I will do a better inspection of the wiring and was thinking a possible ground strap issue . Might forgo skiing for trouble shooting this weekend . I was really wondering about the correlation between the OD / D button , whether it was related to TPS and timing and if there might be a wiring issue with that . Always use Stabil for storage and a full tank of fuel . It really runs well all the time with no issues to date other than things are getting old and need replacing . Rides nicer than the 40 , but , everything topless is better

I totally re fabricated the exhaust and installed new O2 sensors ... can't be the problem . I did notice a bit of exhaust backfire popping under compression coasting before it lost power upon throttle though . 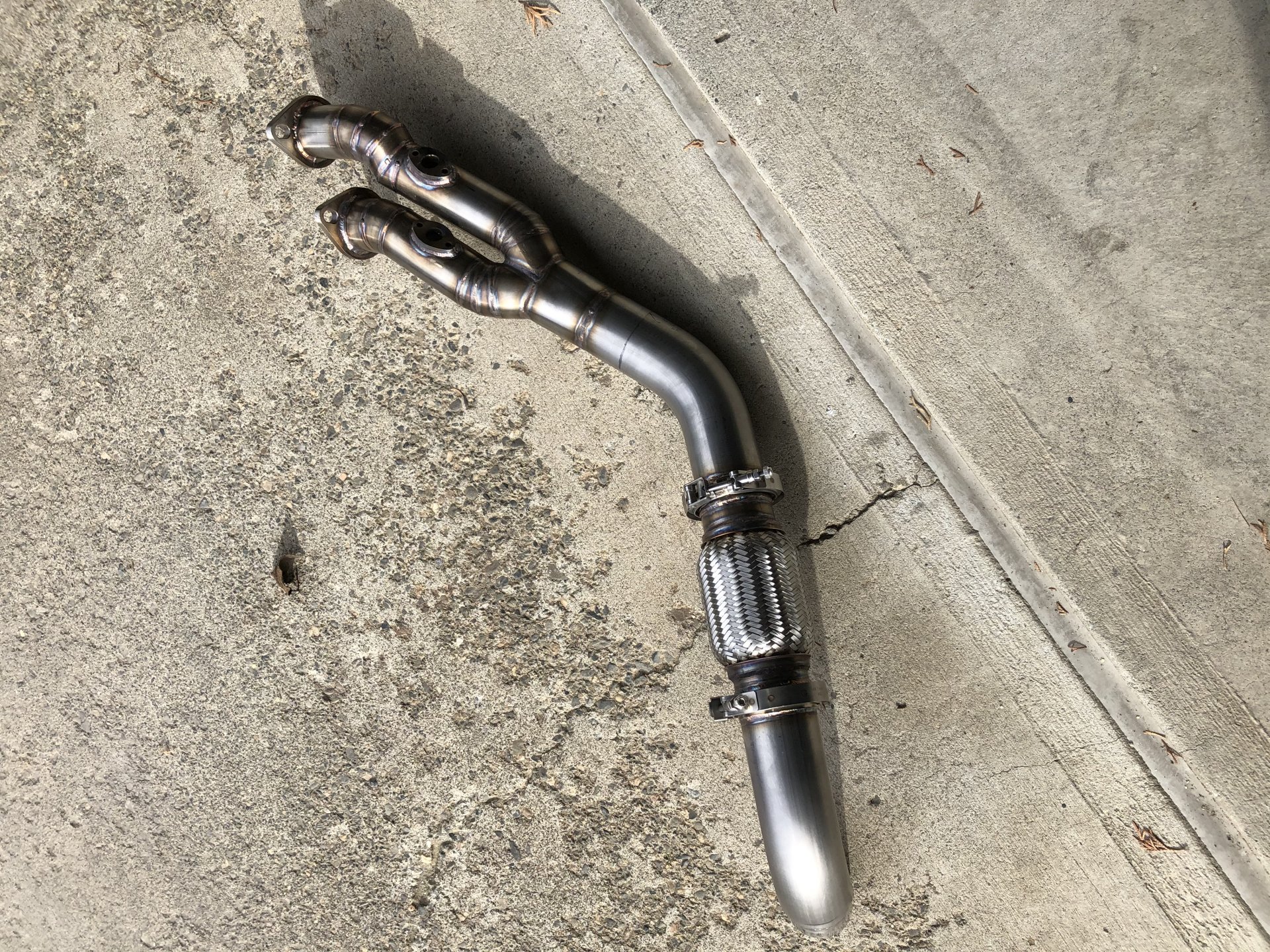 Sounds kind of like what I was experiencing for a week or two before I got a bad misfire and check engine light. My problem ended up being bad wires. The plugs and wires were only a year old but the truck sat for quite awhile and some kind of rodent got into the engine and chewed up the spark plug boot/wire. It acted like your describing for awhile and then it finally arced through the boot and threw an engine code.

Plugs and wires are easy to check so you might as well start there.

Those things can cause all sorts of weird issues.
If it's none of those items than start by going through the ignition system.

If the ignition system checks out than I would move on to the fuel system.

Remember, all engines need three things to run. Ignition, fuel, and compression. It is usually best to check components in that order if you do not have a diagnostic code to guide you.

Well I have gone through all the suggestions from all the info that I have found , including all the wiring issues with the harness at the EGR and the ECU under the dash and all the wiring looked in good shape . I think I will pull apart the intake and clean it and the EGR , but , the problem seems to have stopped ever since I unplugged the TPS .
This seems crazy to think that this would solve the "limp mode "type issues that I have experienced , however, I have not experienced any more issues since I unplugged it !?
The only other thing that came up was a low coolant level that I did not notice until the truck was warming up (due to the cold weather) as to where the top rad hose started to leak due to a loose clamp .
Anyway , I'm hoping that by unplugging the TPS was the solve to whatever problem actually existed .

I had a similar issue some years ago which ended up being a cap wire that came loose and was providing an intermittent connection.
Replacing it was easy, but the unburnt and partially burnt gas ended up melting my Catalitic converter, and blew out my exhaust gaskets. Not sure if that's still in your truck, but someting to look out for.
You must log in or register to reply here.