I wanted to measure exhaust back pressure to check for a clogged catalytic converter since my cats are still original. I picked up this gauge from Harbor Freight for around $15: Fuel Pump and Vacuum Tester - https://www.harborfreight.com/fuel-pump-and-vacuum-tester-62637.html. I used an old O2 sensor and drilled/punched out the middle, then JB-welded two of the fittings that came with the gauge to the O2 sensor so I could attach the hose. I bolted the tool into the upstream O2 sensor hole in front of one of the cats and measured basically zero PSI backpressure with the engine running, meaning the cat wasn't clogged. If we put a rag in the exhaust (or I blew into the hose), the PSI went up on the gauge, so I know the gauge was working. 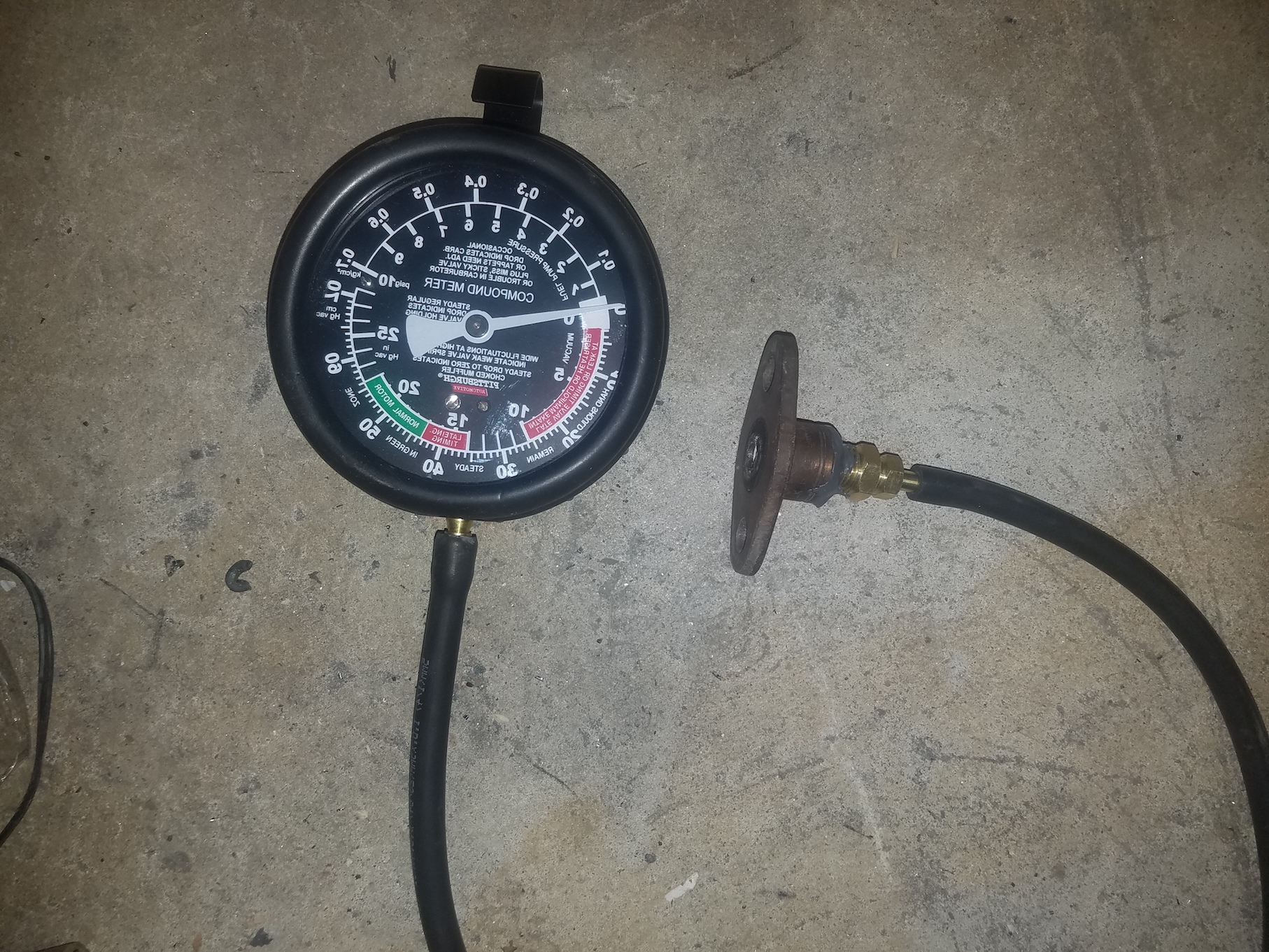 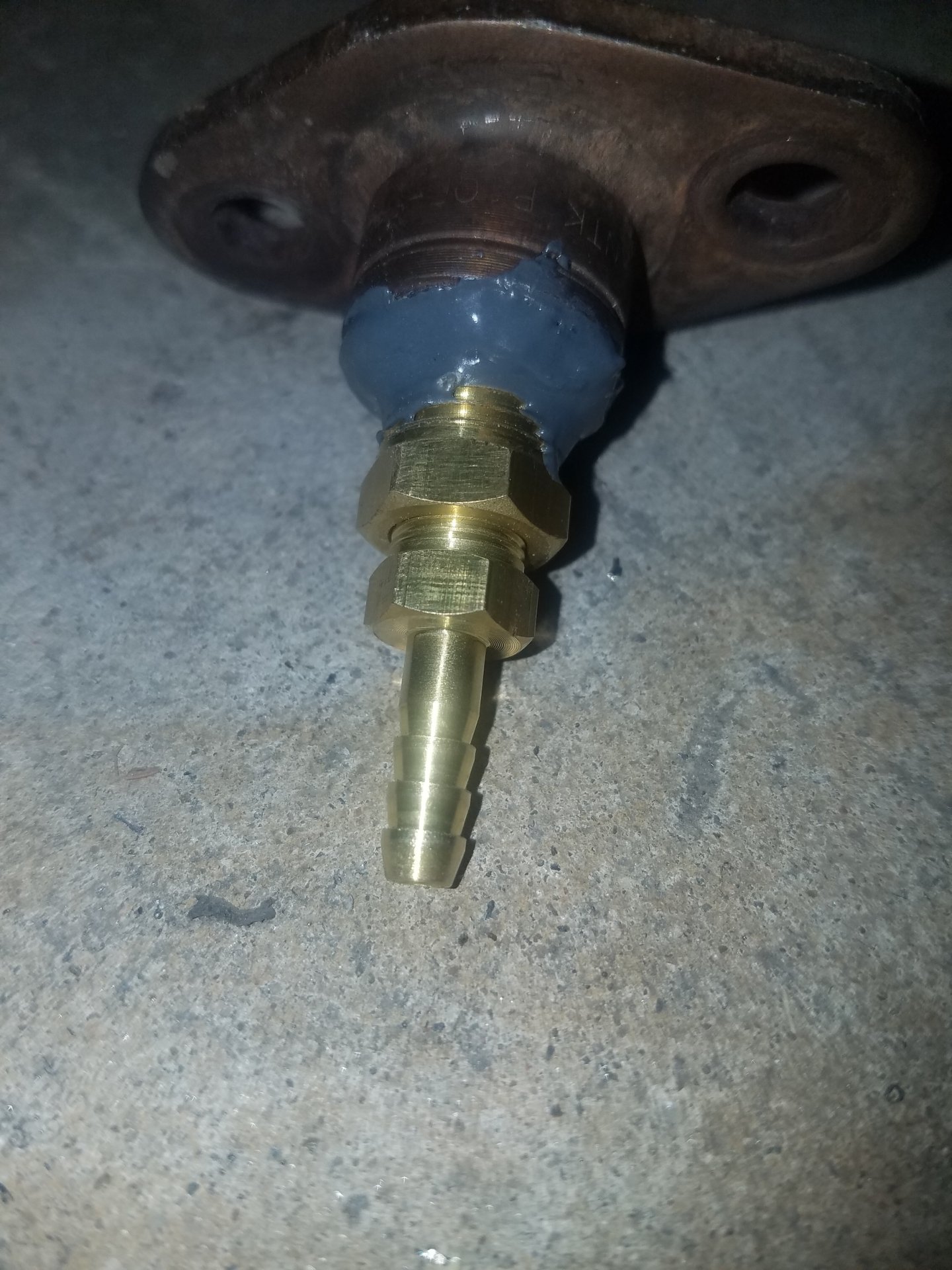 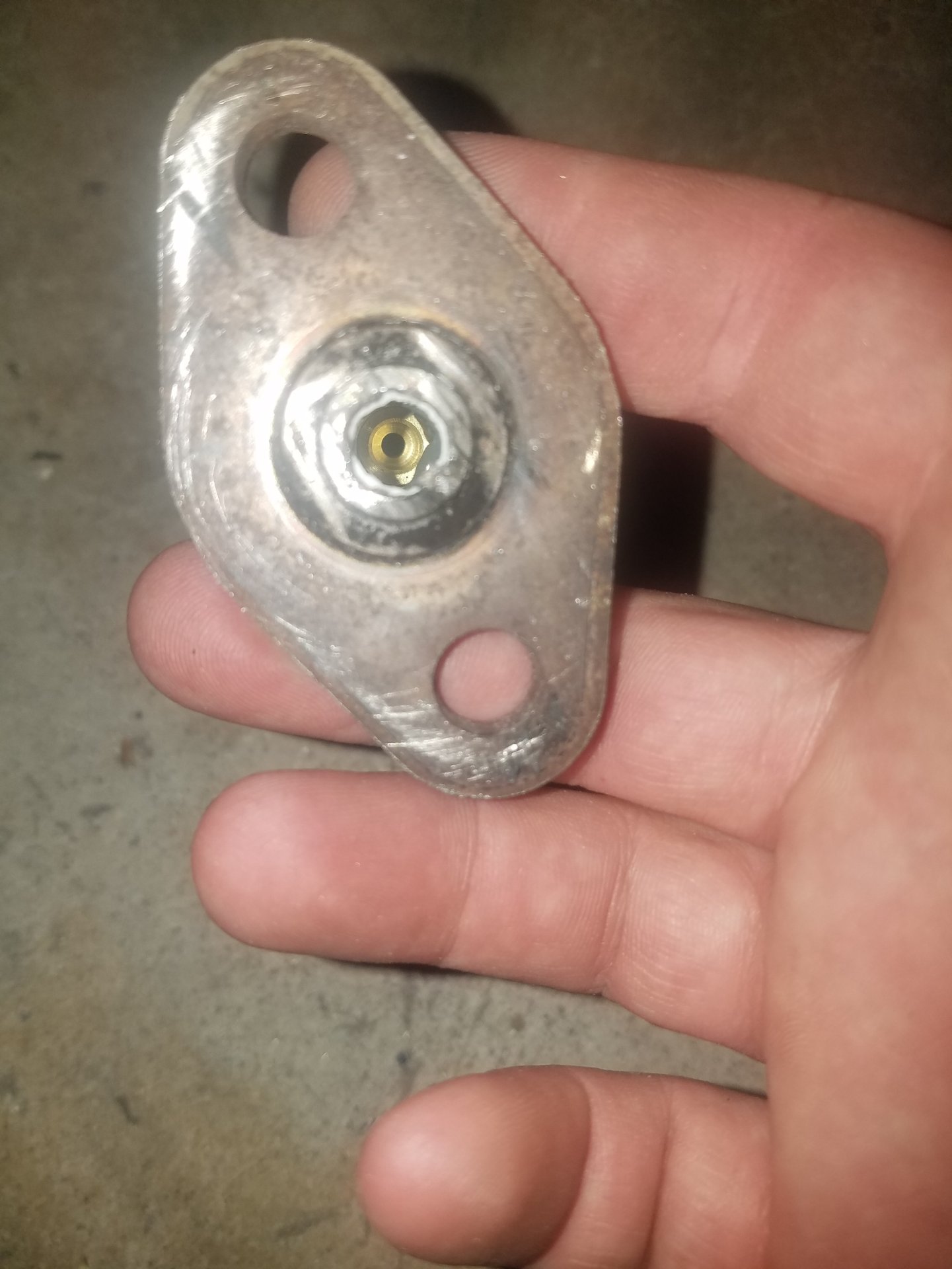 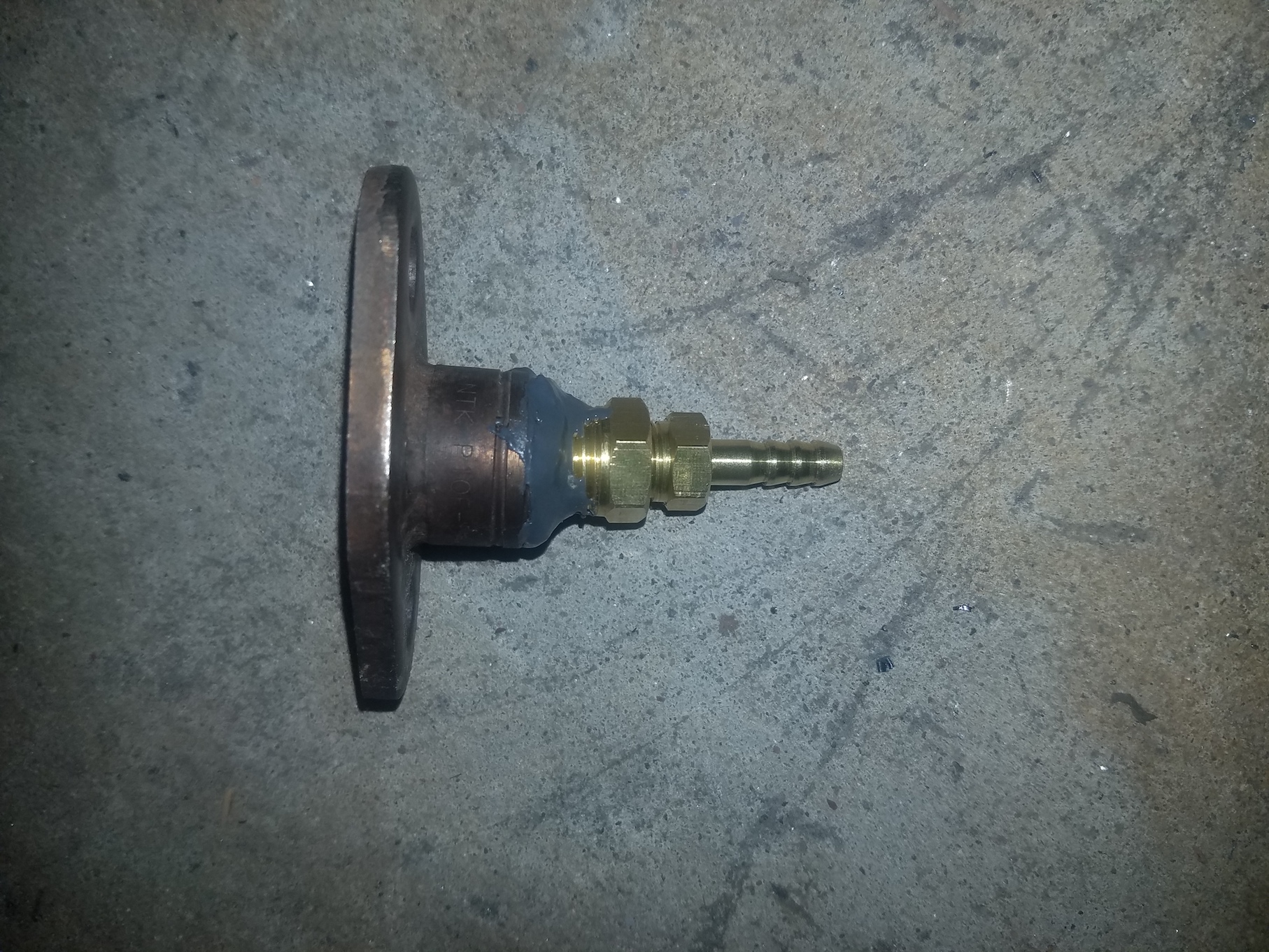 Nicely done, however you need to measure the exhaust at max power at max RPM to get a proper idea. I would expect to see 1-3psi of back pressure at most at full power.

Not sure if JB weld and/or the gauge will hold at that pressure/heat.

When I’ve done it in the past I’ve welded a stainless steel brake line to a bolt (drilled in the middle for pressure to get through) then had like 50cm of brake line to drop the heat. That way it stands up to the heat and pressure and full power.

Results at idle are pretty meaningless...

The test I did many years ago on a 60 measured loss of intake vacuum rather than direct exhaust backpressure to check the cats. Normally vacuum goes to zero at wide open throttle. I was able to observe as large vacuum drop at partial throttle, confirming a plugged cat. There is likely a more detailed description of how to do the test on MUD somewhere.

Results at idle are pretty meaningless...
Click to expand...


I tested at 2000 RPM as well, following this guide: How Exhaust Backpressure Affects Your Engine - https://www.aa1car.com/library/exhaust_backpressure.htm.

"Backpressure readings at idle on most engines should generally be less than 1.5 psi (10 kPa). This will vary somewhat from one vehicle to another depending on the design of the exhaust system, the size of the pipes, how restrictive the converter, muffler and/or resonator is, and whether it is single or dual exhausts. We've seen some idle readings as high as 2.75 psi on a few vehicles, but for most 1.5 psi or less at idle is normal.

A partially restricted converter, muffler or pipe may flow enough exhaust at idle not to cause a problem, but chokes breathing at higher engine speeds. So to test this possibility, you need to rev and hold the engine at 2000 rpm. A "good" reading on most engines at 2000 rpm should be 3 psi (20 to 21 kPa) or less. Again, there may be some vehicles that will read a little higher that don't have a problem, but the reading should not be significantly higher.

Pay close attention to what the backpressure reading does while you are holding it at 2000 rpm. If it remains steady, chances are there is no restriction. But if the reading gradually increases, it means backpressure is building up and there may be a blockage.

Not sure if JB weld and/or the gauge will hold at that pressure/heat.
Click to expand...

A few PSI is nothing for JB weld. I wouldn't leave the gauge/hose connected for very long due to the heat, but it should be fine for a few seconds to get the measurement.
You must log in or register to reply here.

What is missing from my exhaust? 1996