Hi All,
I am trying to measure the amperage output of my alternator. I have a clamp on amp meter and was measuring at the main fusible link. From doing some reading, however, it seems there may be two wires that connect to the output of the alternator? One that runs thru that "main" fusible link and one that goes off to a fuse block? Is there a fuse I can pull to "disconnect" that 2nd wire for a bit to do some amp measurements? I don't see that 2nd wire noted on the FSM diagram. Truck is a 95. 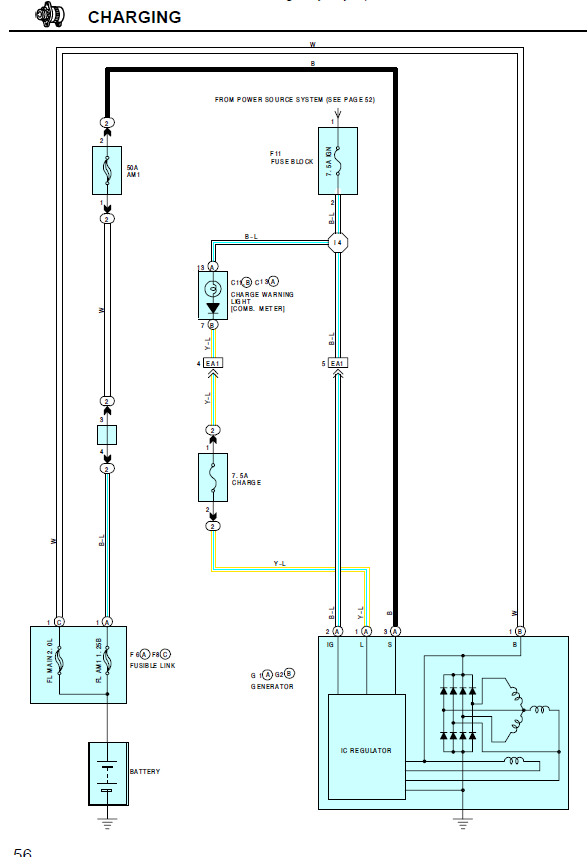 Hmm is it all this wiring that is tied to the alternator? 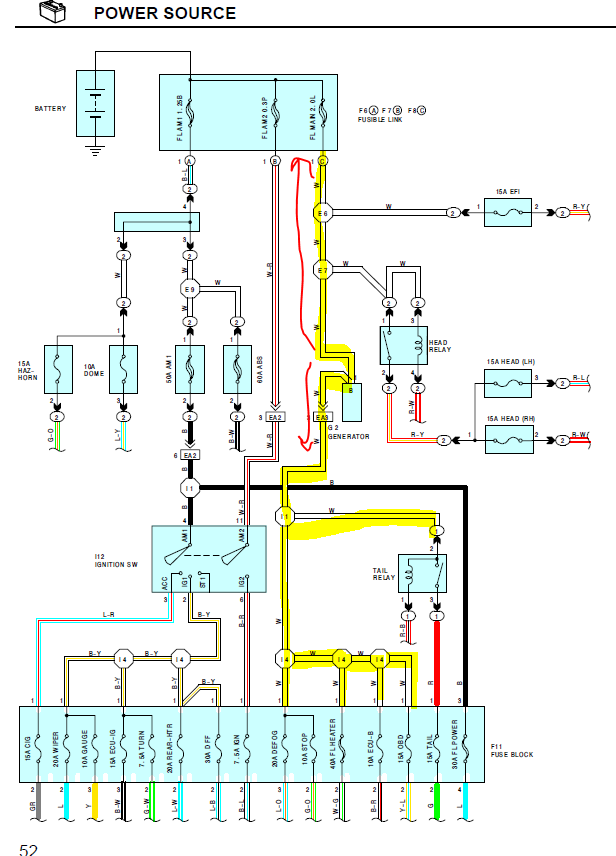 motormayhem said:
Hmm is it all this wiring that is tied to the alternator?

Yep, but with all accessories off, the only real significant branch would be the EFI fuse circuit. You could measure that and then add it to the measurement you took on the MAIN FL for a pretty close approximation of the total current.
M

Well, ended up just undoing the connection at the alternator and running a separate wire to the battery. That way all the alternator output could be measured directly with various electrical loads turned on. My goal was to try to figure out why my truck was getting down to ~10.8V when night wheeling. Turns out there is just about 0 margin in the electrical system below ~1500rpm. The heater values are with the heater on high. Values to the left of the red line are points where the alternator can not keep up. 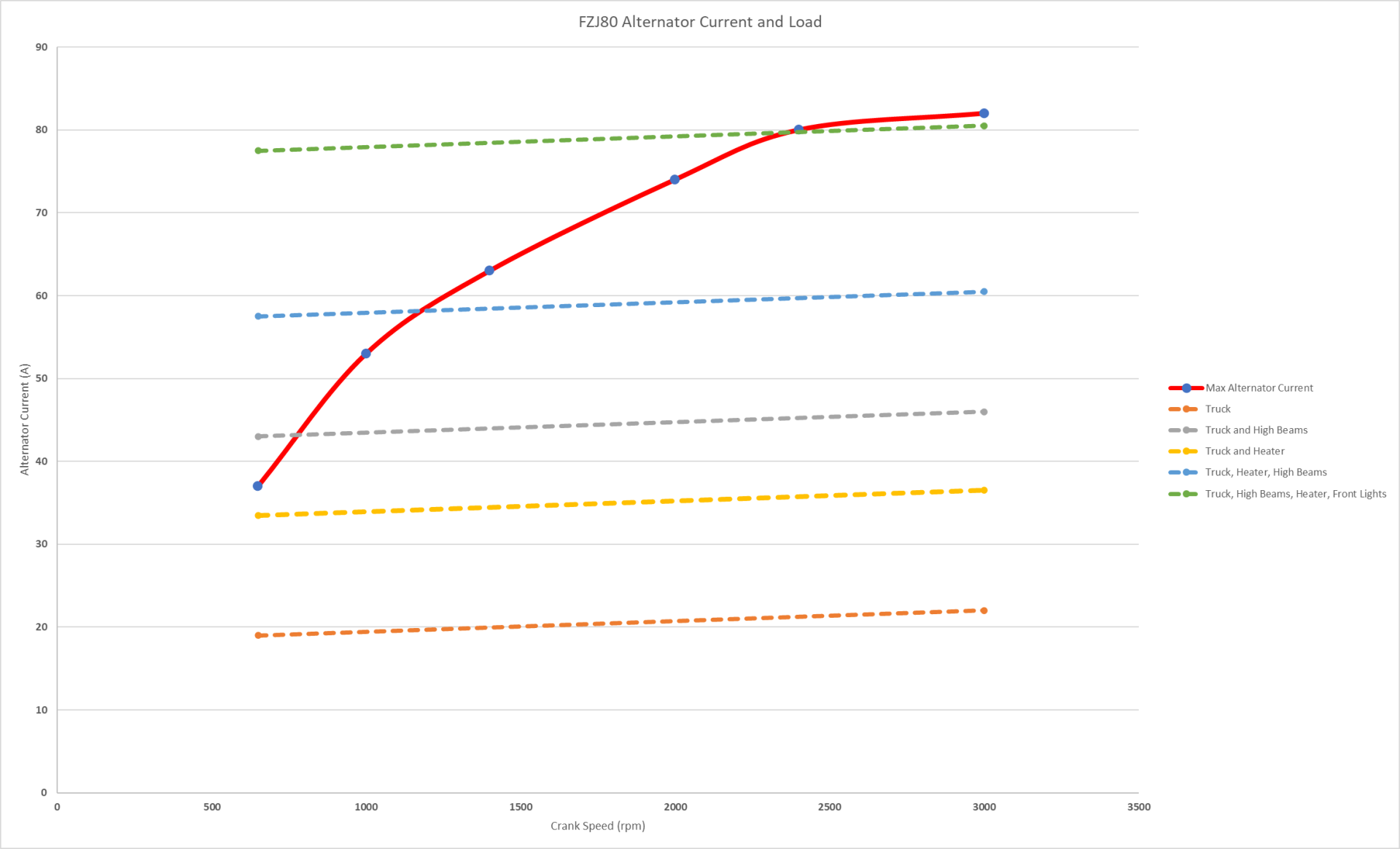 Ahh, here I thought you were looking for a baseline reading.
K

You'll get a lot of hits discussing the mod of adding a higher output Toyota alternator from a Sequoia or Tundra.
M

Ya I have see the photoman write up's. I like that those also make it an alternator that has a chance of being sourced when in Mexico. I'm leaning towards this option to keep it a little more bolt in.

I have a 130 amp alternator from a tundra in mine, with NO wiring upgrades. The alternator won't put out more than is needed and I have not added any additional demands to the system. I likely will have to upgrade if I start winching etc I guess, but unless you just want to do it all at once, I...

Or you could change your bulbs to LED's.

If you don't already have one, get a 1hz 110 amp alternator for a 79 series or similar, and the later version of the tensioner bracket. If you are drawing really massive current at night time you need to do something.

The *battery* is always the primary electricity source and the purpose of the alternator is to maintain it fully charged when the engine is running. The alternator's purpose is *not* to directly run massive lighting setups (but of course with the motor running the alternator voltage output is higher than the battery terminals - or should be - so the current flow for the lights will come from the alternator).

If the battery terminal voltage is under 12 volts (optimally 12.5) at any time except the initial current inrush when the starter motor engages, the battery is *not* getting charged when the engine is running and you might get stranded and be unable to start the motor somewhere.

Best way to check is to at night start motor, make sure it idles ok and that the alternator is operating at idle with basically nothing other than normal loads to run the motor, and measure battery terminal voltage as all the lights are switched on (preferably not all at once if possible). If it drops under 12 volts there's a problem.

But before replacing the alternator, make sure the brushpack is good, and the sliprings are not badly worn. It could just be that, or the alternator might have got full of yucky water and needs a full cleanout to restore proper brush and slipring operation.
You must log in or register to reply here.