I mentioned my opinion of our economic system in chat earlier today to @dieseldog, and that reminded me that I finished this essay that touches on the subject last week.

In the old days, I would have posted this to the P&R forum in hopes of having a lively discussion about something extremely relevant. Now that we no longer have that option, this is probably the next best option on MUD (that won‘t require or receive the black hand) because the thread is locked. But you’re welcome to talk with me about it offline.

For those unfamiliar with the term, it was brought to daylight for many by the original Star Trek series. Almost sixty years later, it has entered the stream of discourse to the point that the online encyclopedia Wikipedia has an article devoted to it. Kirk, faced with a computer simulation of a no-win scenario as a cadet, simply reprogrammed the computer! The premise that I took away from Kirk’s explanation to Kirstie Alley’s character in the movie was that ‘when you can’t win, change the rules.’ Four years after the movie, I had the first of several ‘Kobayashi Maru’ experiences in my own life.

In my senior year of law school I took an advanced course in navigating the federal court system. We were given a problem to solve, and a ‘closed universe’ of materials with which to solve it. ‘Closed universe’ means we were not allowed to use ANY materials other than those provided by the professor.

Well I racked my brain like everyone else in the class for a couple of days, as the materials did not seem to match the problem. I thought my logic was up to the task…but it wasn’t. Finally in desperation I went to the law library and opened the universe (cheated). I quickly found a line of cases that illustrated the logic needed to solve the problem. Then I extrapolated a line of reasoning back into the ‘closed universe’ that would allow the problem to be solved with the materials provided.

I wrote my paper, using the given materials for reference, and added a postscript explaining that I had gotten the answer by violating the rules.

To my disgust, when the professor handed back the papers, not only did I have the highest grade on the assignment, the professor admitted that the problem couldn’t be solved with the given materials, and that the whole thing had been an object lesson in not letting yourself get boxed in with rigid thinking. Obviously I was just a little ahead of the curve in figuring it out. But the whole experience left me with an uneasy feeling.

A year later, while taking the California Bar Exam, I faced a Kobayashi Maru situation again. We were given a three hour ‘performance essay’ consisting of a problem and a stack of materials to answer it with. As I recall it now, 34 years later, it consisted of a Vietnam veteran who had been denied benefits for exposure to Agent Orange, along with a number of reports from psychologists on the patient’s mental condition. We were put in charge of the appeal and asked to review the substance of the reports and determine the merits of the appeal.

I could hear audible sobs coming from several fellow test takers, one of whom had been a classmate from my law school. After getting over the initial feeling of doom, I decided to implement the Kobayashi Maru and punt. I wrote an essay explaining that in my opinion it would be a slam dunk case of malpractice to ask an attorney to review the substance of psychological reports.

I explained that I would hire an expert witness to review the reports, asking them to focus with particularly on certain elements of the reports relevant to the objective. I in the meantime would organize an appeal based on the relevant code sections, in the hopes that the results of the witnesses conclusions would match the requirements of the code.

I passed the bar. And as far as I am concerned, Star Trek helped me pass the bar.

I’m writing this because I think the Kobayashi Maru is actually a lot more than a personal anecdote. I think it is a force, and I think that it is a force that underpins current events. In other words, a force to be reckoned with.

From the time I reached 17 and constructed a world view for myself, I have had an abiding belief that our economic system is a huge pyramid scheme in that the vast majority of people are not destined to ‘win.’ Now what constitutes ‘winning’ is a subject worthy of its own essay. For present purposes, let’s call winning the ability to buy and retain a home.

The disparity between those who ‘have’ and those who don’t is not debated. The reasons behind this are many, but the outcome, the conclusion, is agreed.

The thing that makes THIS point in world history so different is that there is a surge, an upswelling, well beyond all previous undercurrents, that ‘its time to change the rules.’ Unfortunately, the vast majority of dialogue is still using straw man arguments about things like diversity when what really need to happen is for people to just go ‘through the front door’ and admit they are calling for a fundamental redistribution of wealth so that more people can have access to the rewards they currently lack.

The biggest problem that I see with this is that America has always touted itself as a meritocracy, where success, winning, is supposed to be based on merit. Things like talent, hard work, thrift are at the core of what we currently consider to be merit. For any real change to occur, there would have to be a fundamental shift in what we mutually agree to define as merit. That, or a wholesale abandonment of the merit-based system.

I don’t think most people really want to let go of the ‘traditional’ idea of merit. There is a visceral sense that the only alternative to a merit-based system ends up rewarding sloth. But unless and until those who want change can successfully deconstruct AND replace what currently constitutes merit, there will never be any fundamental change. Just rhetoric and tinkering.

All this has been to say that in my opinion MERIT is the fulcrum point, the ‘rule’ that the Kobayashi Maru must now be applied to if there is going to be any real, lasting change.

Me personally, I am old, and more importantly ‘set’ financially. I will not be on the front lines agitating for change. But I understand the problem, and 43 years later I still think the current system is a pyramid scheme. The only thing that has saved it from collapsing already is the very careful way in which the government prints more money to trickle out to those most clamoring for change, even though that money is no longer backed by anything except our mutual agreement to accept it. That and the fact that people like me still believe in merit.

As always, hit a like button or something to let me know you dropped by. 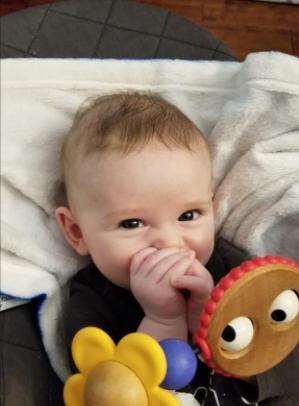 My wife, daughter and grandson are currently in Tennessee checking out the weather, the flora and fauna, as well as the housing market. While I continue to hope that they will come to their senses and stay in California, I’ve had the same wish (coming to their senses) about the whole country regarding this Covid thing, so I know how likely that is. I expect that there will be a family meeting once they return, and perhaps I will get to finally hear the ‘logic’ behind this idea.

I’ve always considered my daughter to be a fundamentally logical person, but the reasoning behind the idea of moving continues to elude me. I understand that the California government is so messed up that a lot of people want to and are leaving, but there are reasons to stay too, and not just because of inertia. I have an essay in chat about hats I’m thinking about at this moment, as I see my daughter faltering under the weight of all the hats she’s currently wearing. As if being the mother of two infants wasn’t a full time job, she is now a Director at Live Nation. And let’s not forget she’s also the wife of a man 11 years older, whose been diagnosed with a terminal illness.

But I have a strong feeling that a LOT of parents have to sit back and watch their children do these kinds of things. I suppose my own parents scratched their heads more than a few times about my decision to more or less turn my back on my legal education and pursue a career as an auto mechanic when I had a wife and two small children to support.

In the meantime, my semi-retirement hasn’t taken any more shape than before. I’m trying to limit myself, with varying degrees of success, to about 10 hours a week of work in the shop. I continue to get numerous offers of work that I still enjoy doing. I just looked over another large FJ40 project on my way out of town last weekend on a camping trip. But I am becoming more and more comfortable with letting hiking, cycling, home improvement projects, camping and playing music with friends take over the bulk of my time. In some ways it’s also less frustrating having the shop as a hobby than as a business. Im still trying to decide why that is, but I think it’s got a lot to do with consumers changing attitudes, and my lack of interest in dealing with them.

As always, please hit the like button if you want to let me know you stopped in for an update.
Last edited: Sep 13, 2021 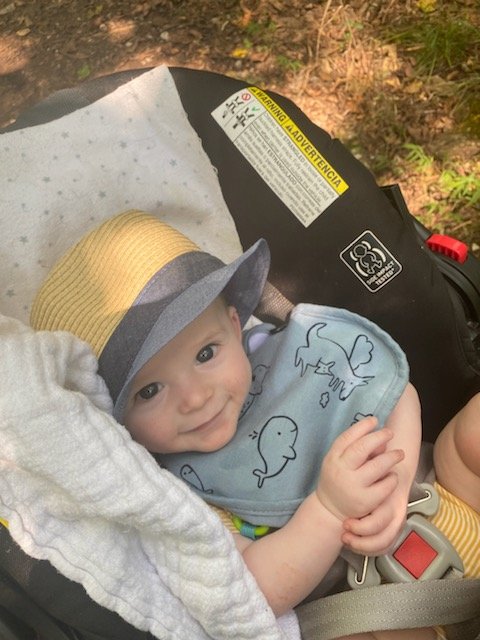 Another chapter closes on my life. This one spanned 41 years.

Off to a new home…in Germany. 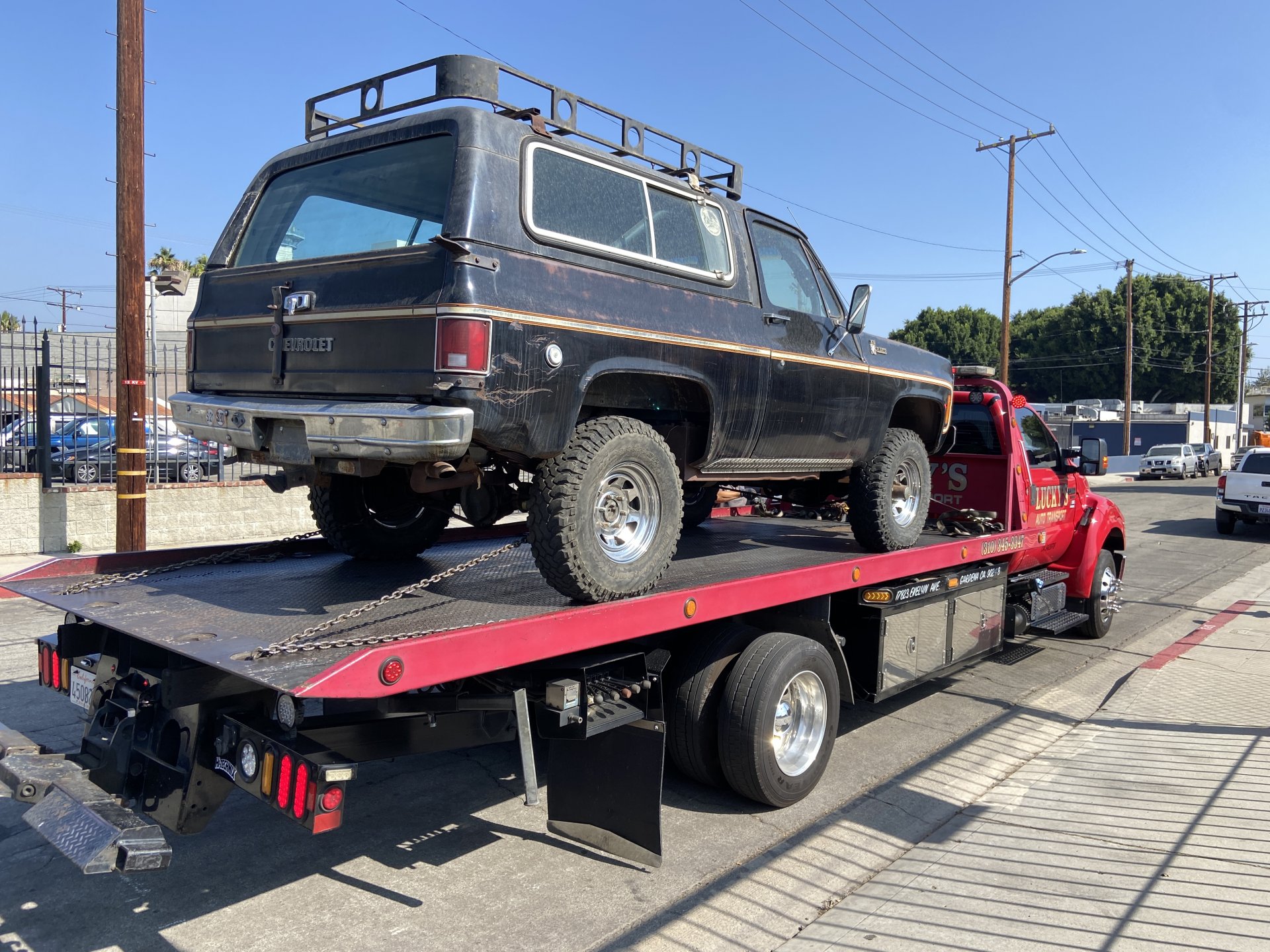 After doing a quickie mini brake job on Ruftoys [which brought the pedal from 1&3/4" off the firewall to a respectable 3.5"] I did something I haven't done in a few years: WENT CAMPING IN IT!!!! 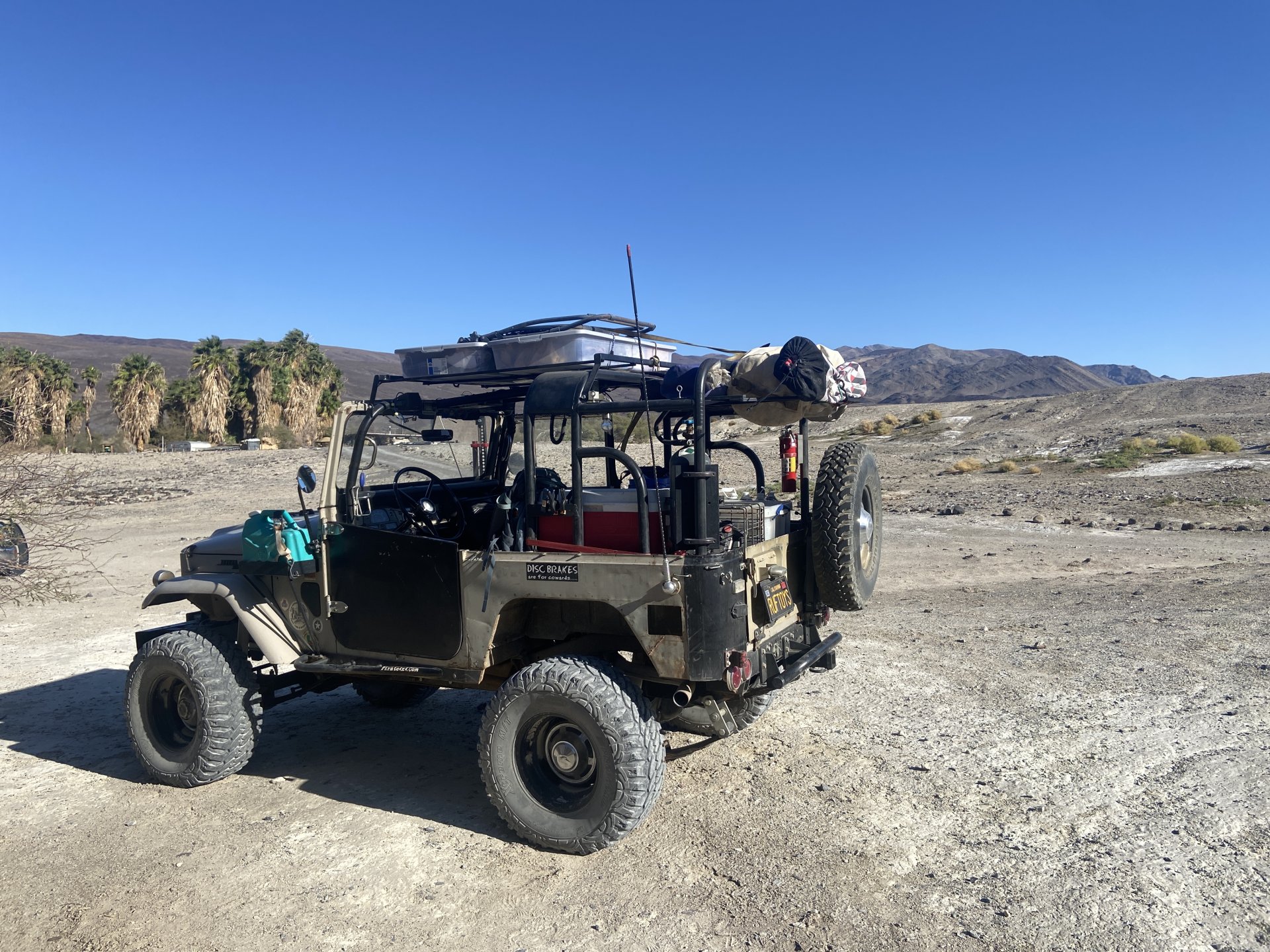 I've had the 45 and the Karma Cruiser out several times, but IIRC, it's been 3 or 4 years since I took Ruftoys out on the trail. Either the weather hasn't been optimal for running open, or I've just been put off because of the ticking time bomb of the Orion transfer case [which I will pull out once and for all this winter]

Well, the trip was a much needed shot in the arm. If I've had Ruftoys in Death Valley since I completed the suspension mods, I don't remember. But it easily outperformed both the hardtop 40 and even the long wheel base smoothness of the 45 with the current setup. Even hitting whoops at 40mph, the tires never left the ground. The long-travel shock towers and Doetchtech shocks on the front with the Ironman springs flex well with the 6 banger over them. The used 5"Alcans I got from @Cruiserdrew for the rear, along with the repositioned shackle hangers and Ironman shocks, absorbed the DV washboard like an IFS.

Honestly, I was beginning to wonder if I should sell Ruftoys, having used it so little, and now having broken the ice by selling the Blazer. Now I plan to pull the two racks off, reinstall the OD canvas top, and head back out to DV next month to make more music with my desert friends. 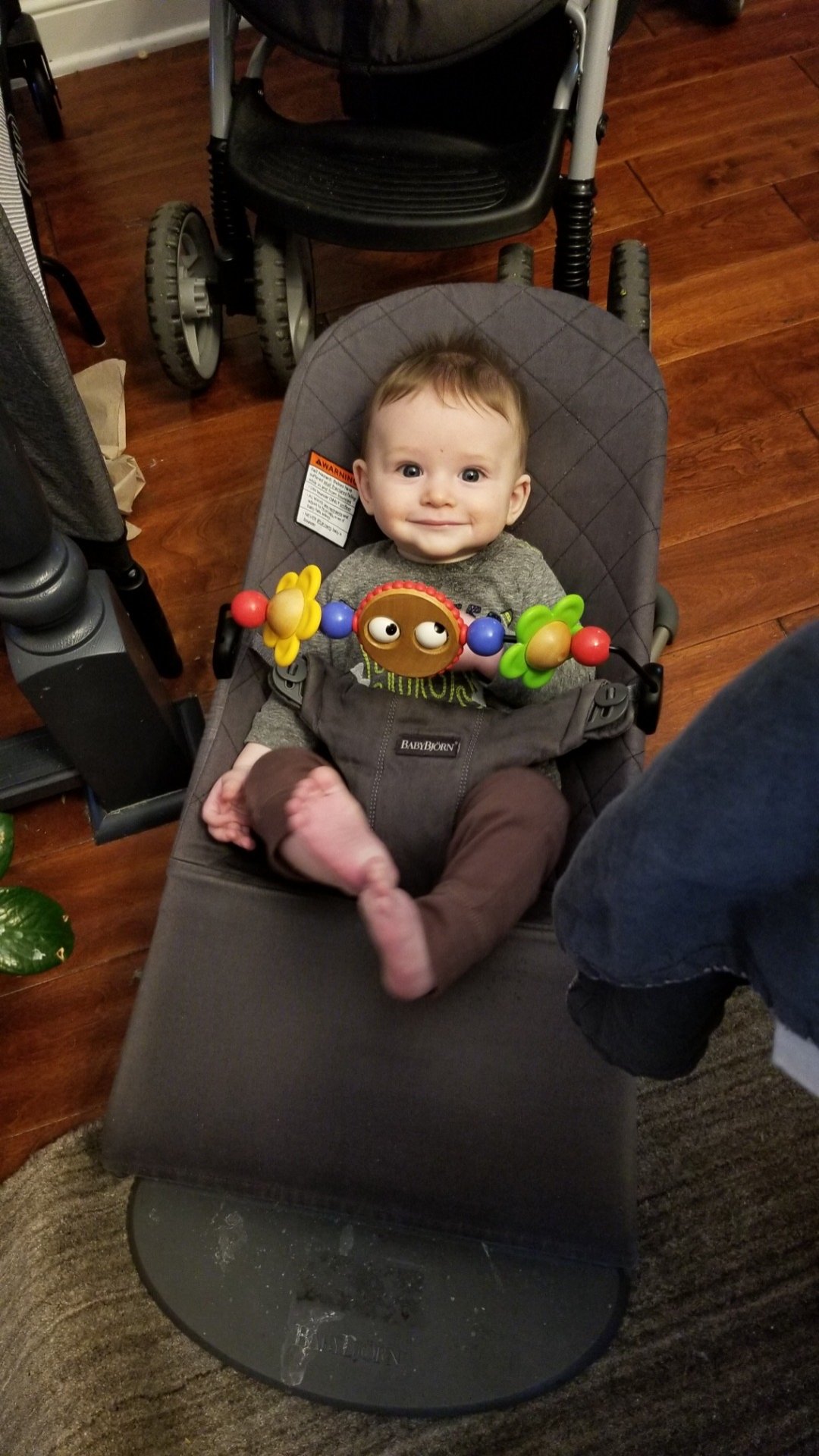