Looking for a source of 3B parts (1 Viewer)

I'm working on a 3B engine/trans swap into an FJ60 body and frame. I have the engine completely disassembled and have been unable to obtain parts for it. I initially pulled the head to look at the pre cups because I am adding boost and didn't want to grenade this thing. When I flipped the engine and pulled the pan to tap it for the oil return line I checked all the bearings and found some scoring. Not too big of a deal, but told me that something metal went through the engine. Then pulled the front cover and cam and found the bad bearing. Not much left of the bearing, but the cam and the block weren't hurt at all, so that was good news. Engine has good compression and the liners show no damage or even very much wear.

Now I want to get to putting this thing back together. This really shouldn't be that hard, but I have contacted 3 reputable vendors and none of them have called me back after initial contact and multiple follow up calls and emails. They all (except one who never responded in the first place) said they could easily source the parts or had them on the shelves and would get back to me with prices. I'm not knocking these guys, I know they are busy shops and I'm not their only customer, but I'm not feeling a whole lot of love for a guy on the phone with a credit card and ready to order.

I realize that the gasket kit is obsolete, but I need basically everything in it and most importantly the head gasket. 11115-58010

I also realize that this is approaching the cost of an entire rebuild kit so I'm not opposed to that.

Again, I'm not saying anything bad about these vendors. They have all been very polite on the phone and I don't know them personally. They haven't screwed me or taken any money. I just haven't been able to buy anything from them. I've contacted Roodogs 4wd spares, Radd Cruisers, and EBI Cruisers.

So, what say you? Where is a good source of parts for these engines that will actually have the parts available and not want "new guy in a prison shower" prices?

Thanks in advance.
Kevin

Also, because everyone loves pictures: 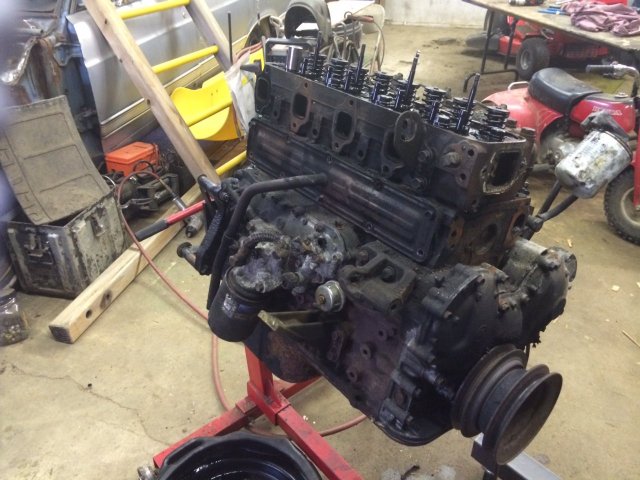 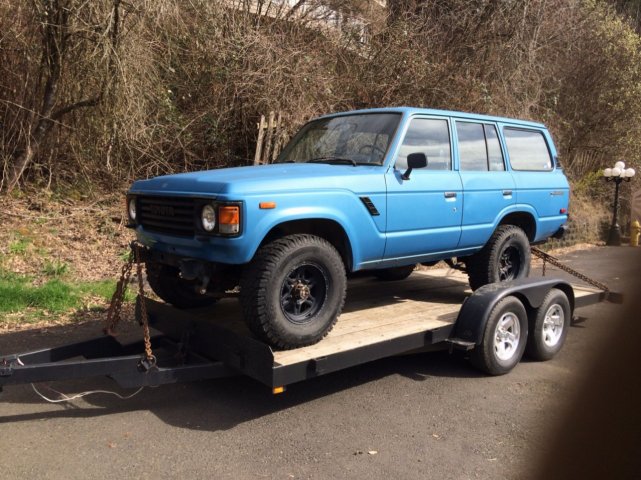 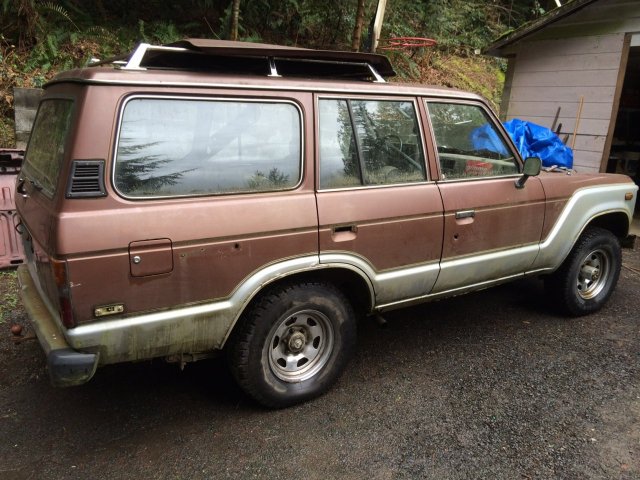 You can try these guys as well: http://www.4wheelauto.com
Try and speak with Dan, assuming he's still around

Dan will have what you need. Or Steve at extreme bends inc. in Vancouver bc.

Thanks for the replies. Sent an email to 4wheelauto this morning. Will call them them today.

Talked to Steve at EBI already. Never got prices on anything or even a call back. He said they recently had some employee turn over and were way behind on everything, but my issue is that I can't or don't really want to wait for them. Wish I could use them because they are so close and have heard good things about them.

I can get some of these parts as they are available in the US pipeline for Toyota.

Everything else, if you are willing to wait a bit, are all available through normal procurement lines from Toyota.

I'm looking for a 3B rebuild kit and a H55 rebuild kit. Where's best place to source? I've reached out to Radd and 4 Wheel Auto...has anyone had any luck with Roodogs4wd on eBay? It appears Roo is cheaper than others if they are apples to apples

Here's a link to roodogs 4wd kit on eBay. Anybody used this kit?

Don't use Radd Cruisers. They are overpriced and their lead parts guy Jeff is not there anymore! On top of that there is a duty to get it across the border... I used cruiserparts.net for 3B parts. They can get you whatever you need. It's all Toyota OEM stuff. The prices are really good too!

k. thanks for heads up

Any performance upgrades/mods I should consider while I've got the engine out and apart? I'm a diesel neophyte...thx for the help

sounds like you gotta drive to canada. all those parts are ready within 3days from toyota or over night from napa or lordco. seem like the japs sent you guys the s***ty cruisers. mehmeh meh!

Or get hold of Engine Australia and get a complete rebuild kit... I have reservations about the aftermarket pre cups tho. I picked up a set and they all sat low in the head so I made up a set using 6.5 GM diesel cups which I think are a better design.
I ordered parts thru these guys and I wired the money FFriday, they sent me an email Tuesday that the money was in their account and DHL dropped it at my door on Friday...
I don't think you can beat the price either.

I have been working with Beno here on mud. Dude is really tuned in on Landcruiser stuff and was a big help to me.

Prices were good too.

Yeah. Bought some stuff from him as well. Good thought. I forget about him when it comes to diesel specific stuff.

Jp carparts.com has breakdowns and diagrams for everything you need. Good for the small bits and pieces you might need. Relatively cheap compared to toyota in north america. I recently ordered some rare 13BT pump bits, and it was 50% cheaper than going through toyota. They ship awfully quick as well and wasnt too expensive. All parts are genuine toyota/denso. For engine kits, I'd use an australian source(roodogs,engines australia, etc.). They usually have very good quality stuff, and you get the correct parts the first time, and are far cheaper than any NA vendor including shipping.

K. I was looking at some stuff roodog has on eBay for engine & tranny rebuild kits. Cheaper than Canadian outfits even with shipping costs...it appears anyways. I'll check out jp too

I received what I think is every gasket and seal known to Toyota from Beno. Big thanks to him. Even after I received the parts I had some questions and Beno has been really good about following up and helping me along. AFTER he sold me the parts. Guy gets a big thumbs up from me. Some of the parts were doubles because of kits, but I ordered everything anyways because I didn't want to get to a point where I asked "why didn't I buy that?" Especially when the loose gaskets that I purchased were a couple bucks each.

I finally got a response from Roodog's in Australia. Turns out that the emails I was sending them weren't going to anyone in particular. Once I made a phone call to them they were very quick to respond. Prices are good. Shipping is astronomical. It might kill my deal with them just because some of the stuff in North America is cheaper after shipping costs. We will see.

Engine is at the machine shop as I write this and should be ready to start reassembly shortly.
You must log in or register to reply here.

Did you replace pistons on a 3b?

3B lowish oil pressure, ever wonder where it’s going?