Hi Everyone.
I have a 1982 Bj42 4 speed from France so LHD. It's not restored but has been mostly well preserved albeit using some odd methods as you'll see. I bought the truck a few months ago, with the plan to use it to tow my monthly trailer of firewood and keep down garage costs by working on it myself. I've realised it's going to get abused if I try to pull a (total) ton and a half of twin axle trailer and wood around and at the moment I can't have 3 vehicles, this one, one to tow the trailer and a cheap commuter so I'm thinking I need to get rid of the BJ and find something more modern/ stronger.
It has front disks, heater (works well) , no power steering, and is the common Euro set up with a lift up rear door and a DIY tailgate made to replace the original half doors. In the back it had a pair of DIY made non folding rear side seats (unbolted for now). They saw fit to cut a sunroof into the fibreglass roof. No roll bar in this one.
Since I had it, I did a few essentials to keep it on the road as my daily driver and planned to preserve it for now and fully restore at a later date. It has a great 3b with only 186k km's, which apart from cold weather glow plug starting issues (does start, just white smoke coughs for a minute or so) it runs like a dream. Had new plugs, didn't help so presume it's usual super glow issues.
It's had a aluminium half tub installed but presumably diy.
I guess at the time it was replaced they did a respray which is a tone off the original and was loosely masked inside so the dash is still the original colour. It looks like things were disassembled for the respray and then they maybe realised the price of weatherseals so reused what they could and used mastic where they had bits to fill in. Notably the roof seal seems to be mostly mastic and it's either missing or partly in tact between the tub and the sides. In fact most seams have a mastic seal. (although it looks bad, I think it's helped preserve the truck)
I've overhauled the front axle with new knuckle seals, bearings, rotors and calipers, replaced all fluids, replaced filters, fitted heater tap, fitted new tyres, new v belt, new tyres, new twin batteries, new glow plugs and on my immediate job list with parts purchased is new front propshaft uj bearings, same for rear, transfer case output oil seal (not dripping but weepy) master cylinder has leak at push rod so have repair kit and also clutch fork boot replacement. Given our climate I also intended to touch up the underseal after a chassis clean.
It has some surface rust in areas but nothing of concern, I've not found any actual crumbly rot other than a small amount inside the recess of the rear light cluster space in bumper, the bottom of the front bib and under the tailgate in the usual spot. I've not found any welding repairs.
I've probably missed something but I'd be interested to hear comments on it. I'd also be interested to know if it's something that would be worth exporting to the US or if I'm better off aiming at the european market. I've looked at what I paid and spent and I'd be looking for around the £11k mark but would like to hear opinions on that.
As it is at the moment, it's a pleasure to drive and feels like it's got a lot left to give, I've not had any issues getting used to LHD. It has 3 or so months of MOT left (would need to confirm) but I see no reason why it wouldn't pass it's last ever test before it's exempt from tax and mot next year.
more pics coming... 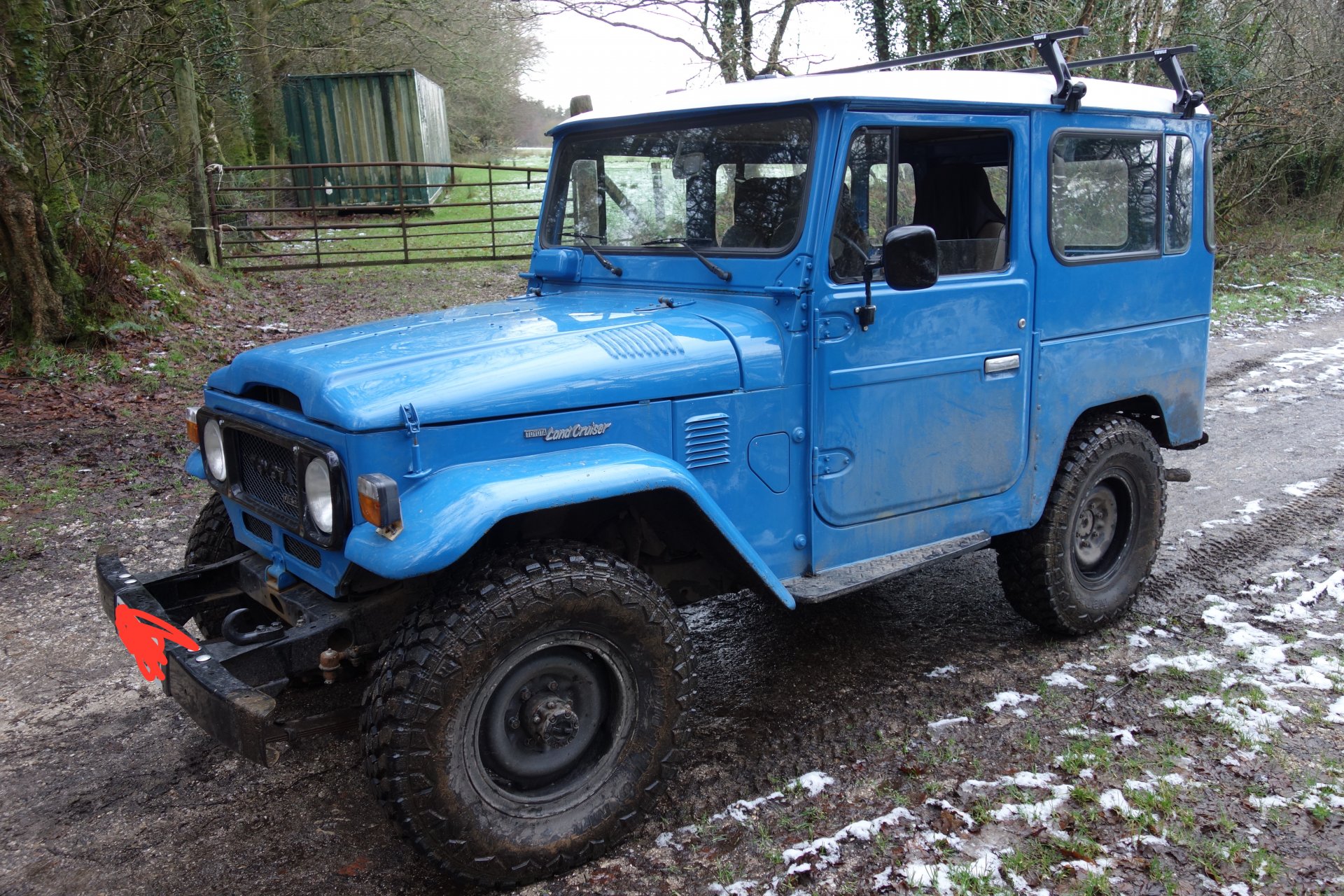 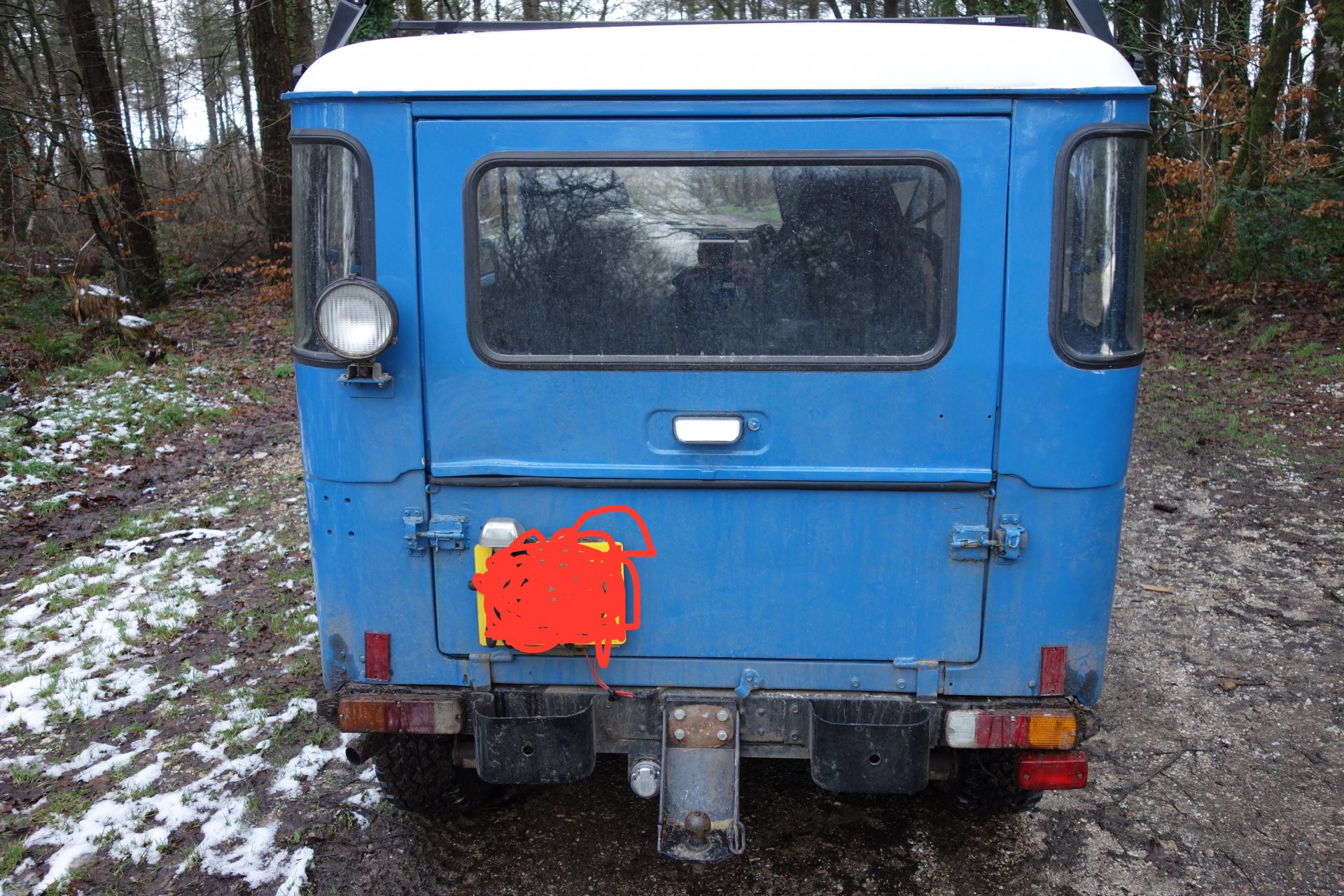 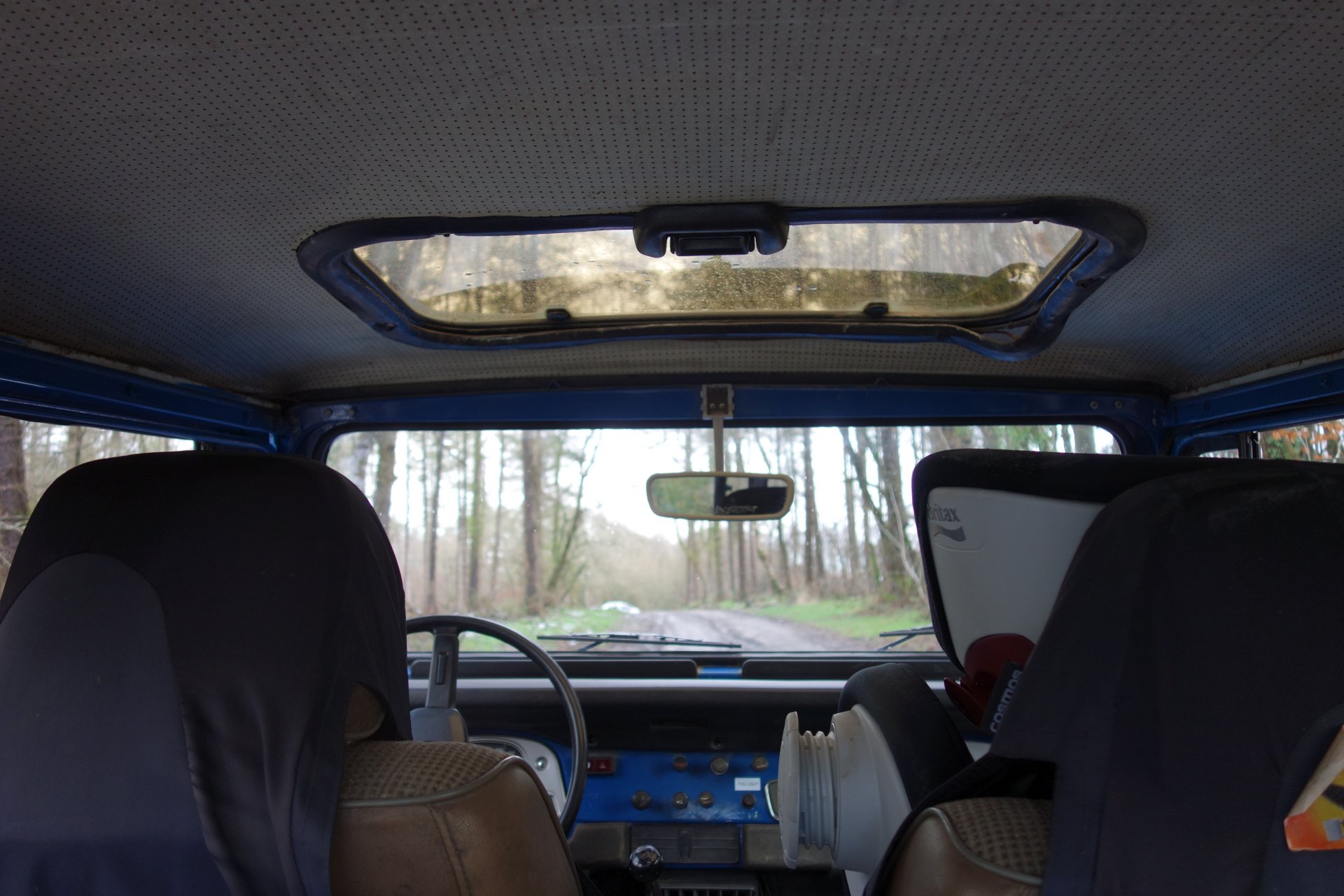 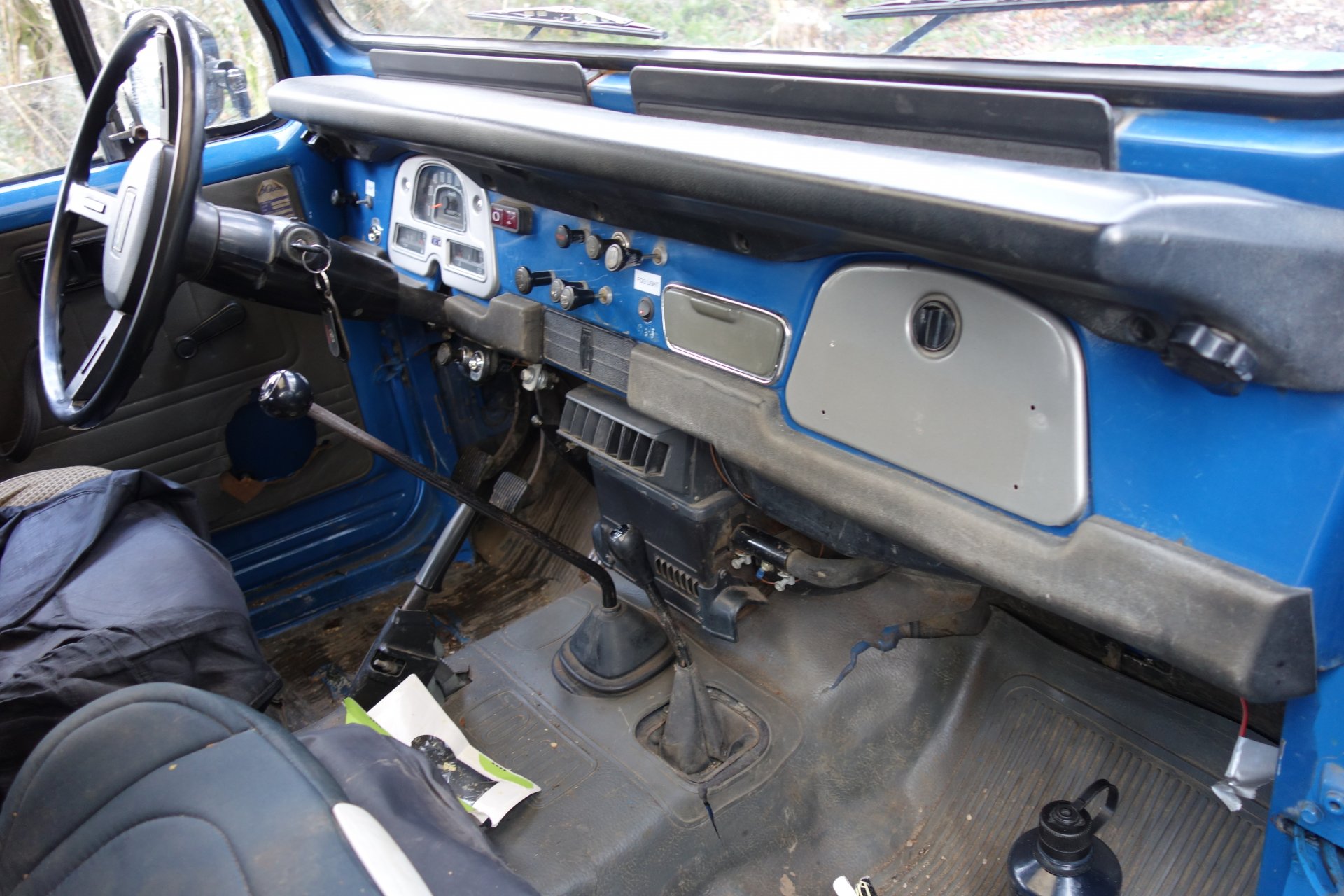 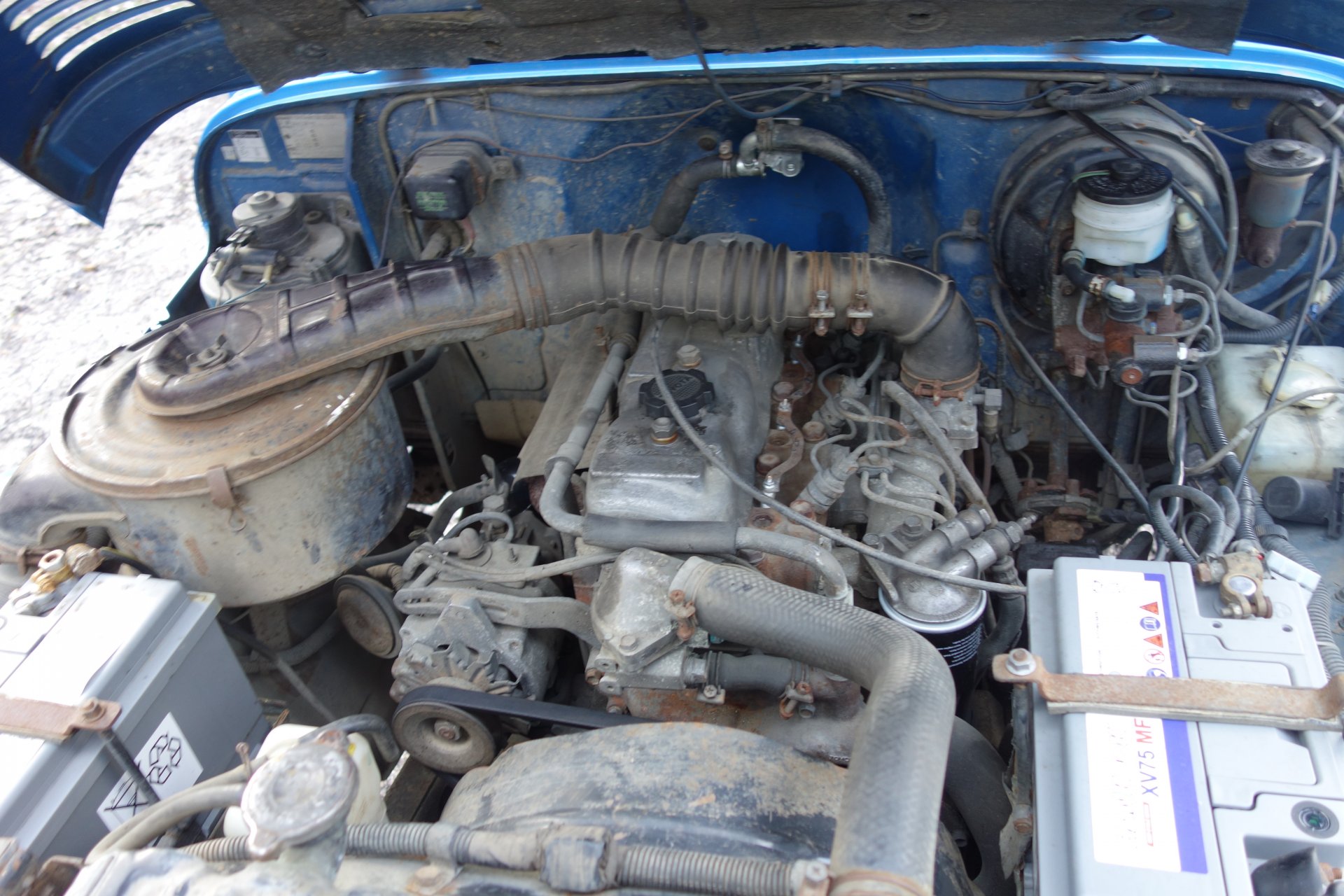 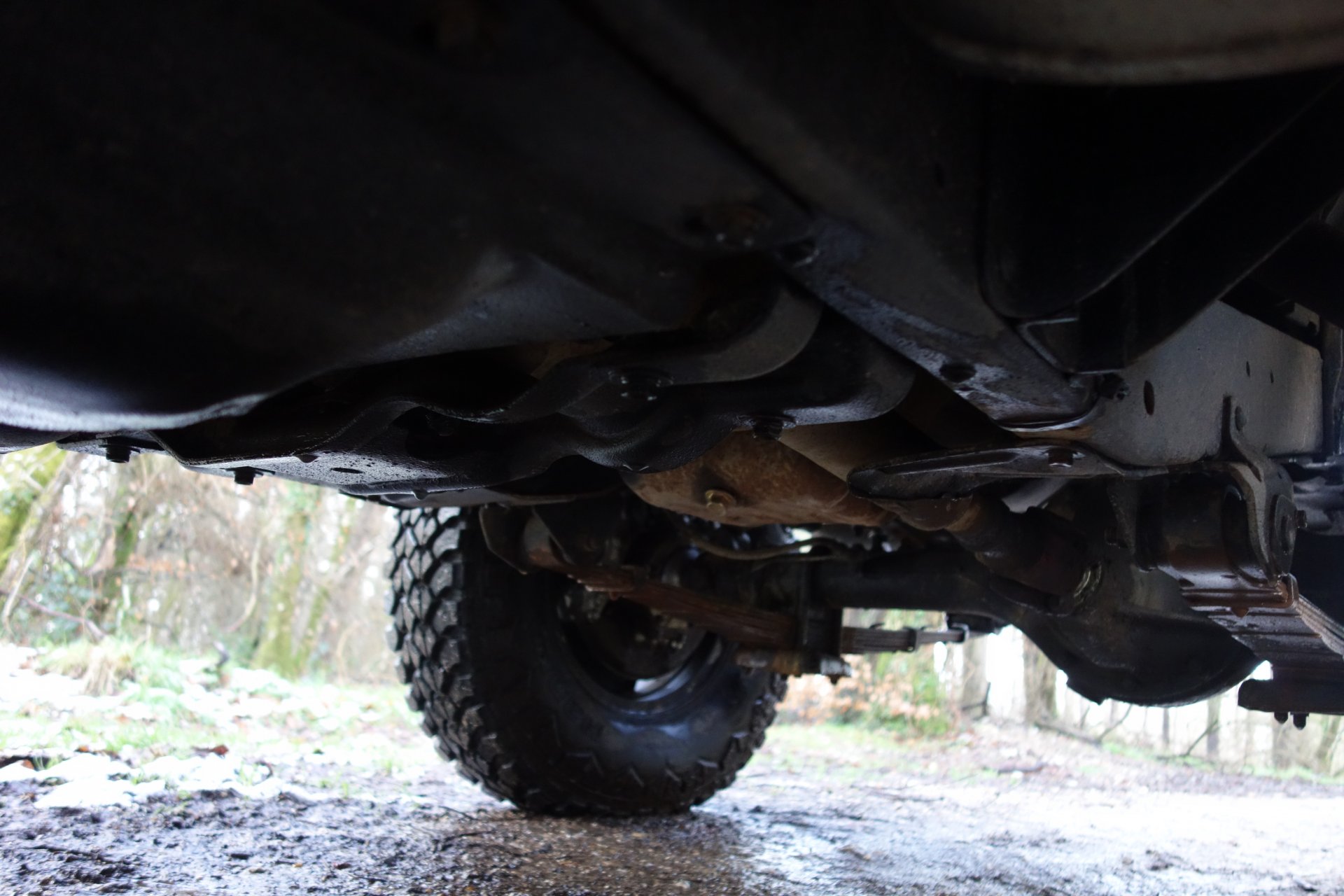 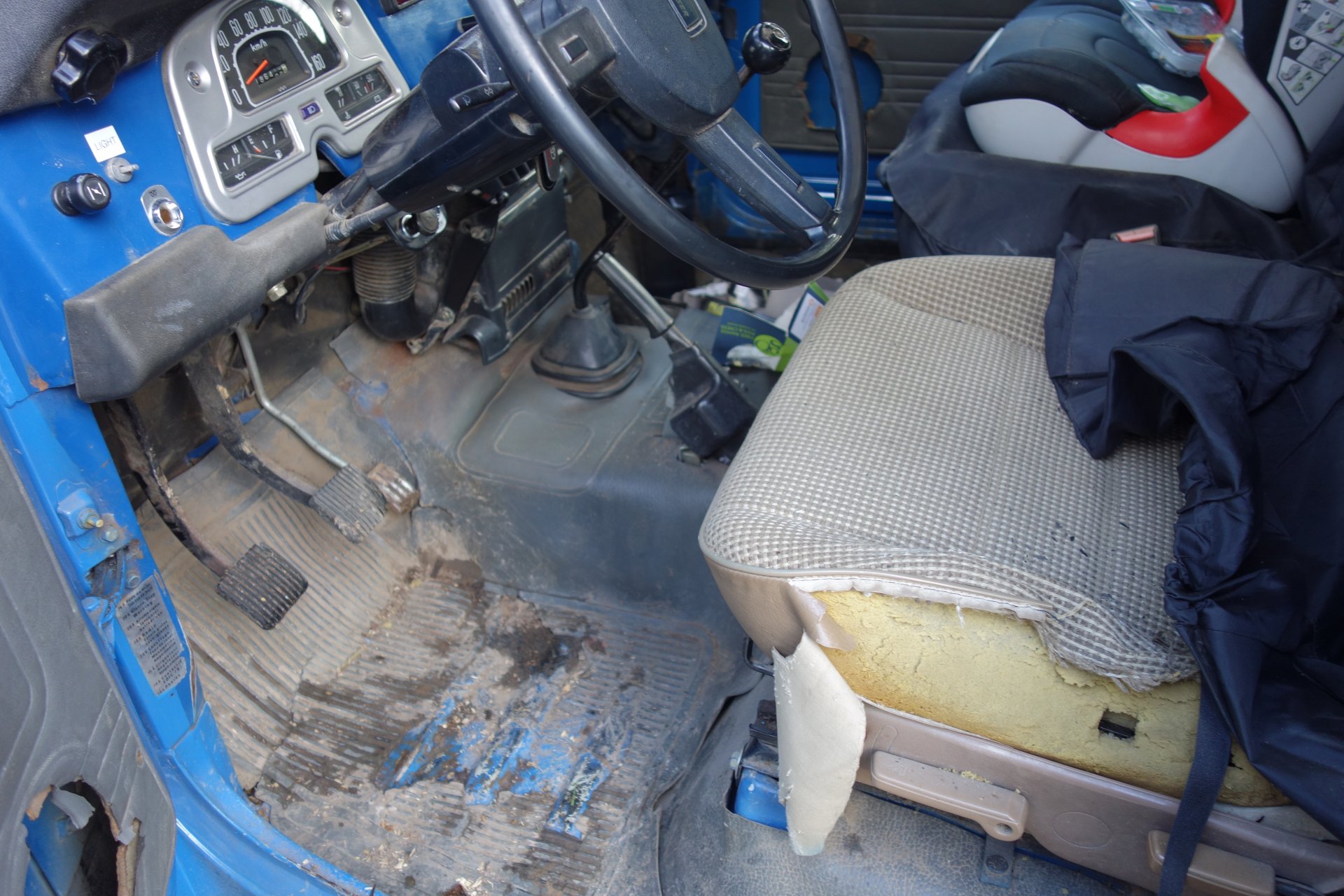 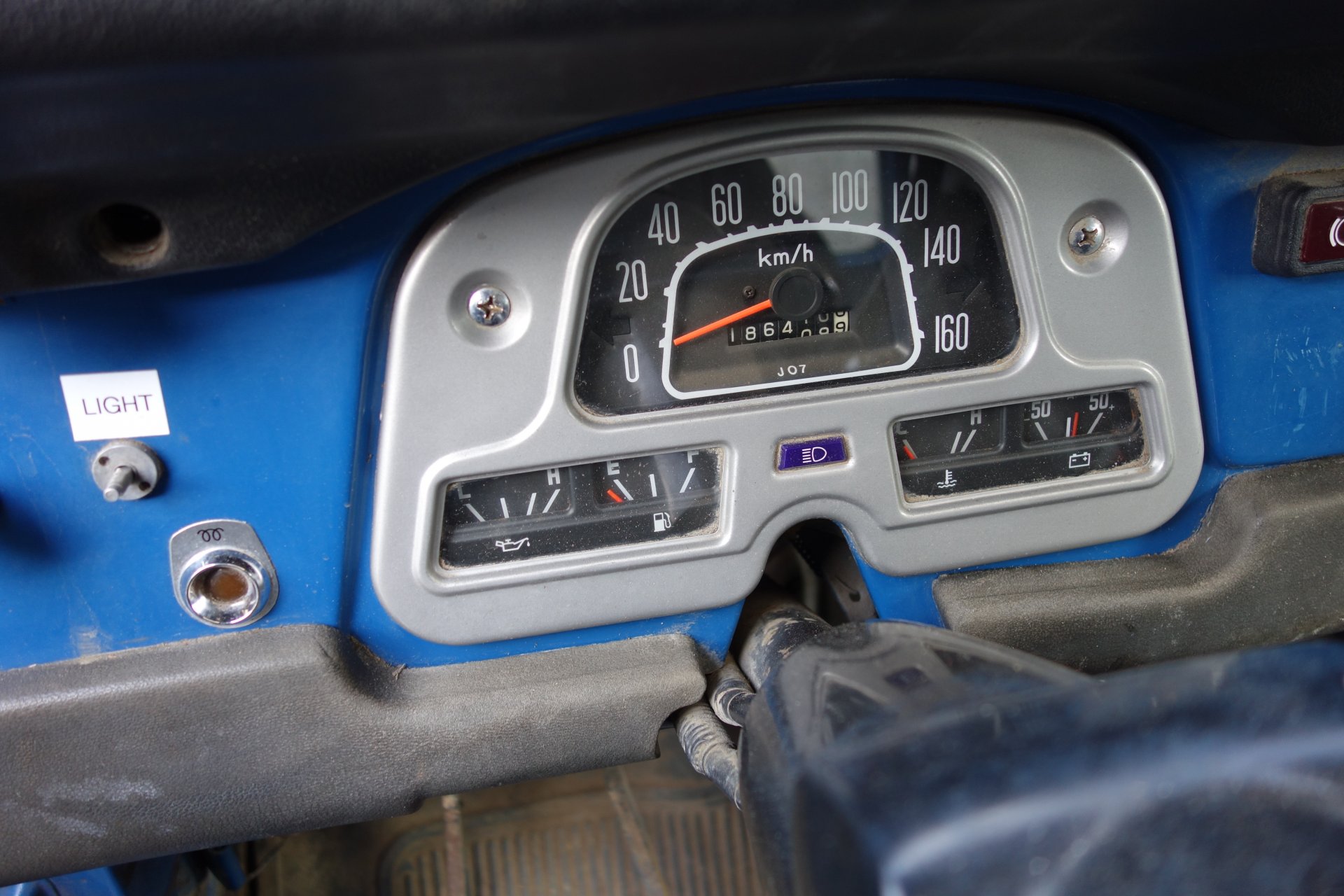 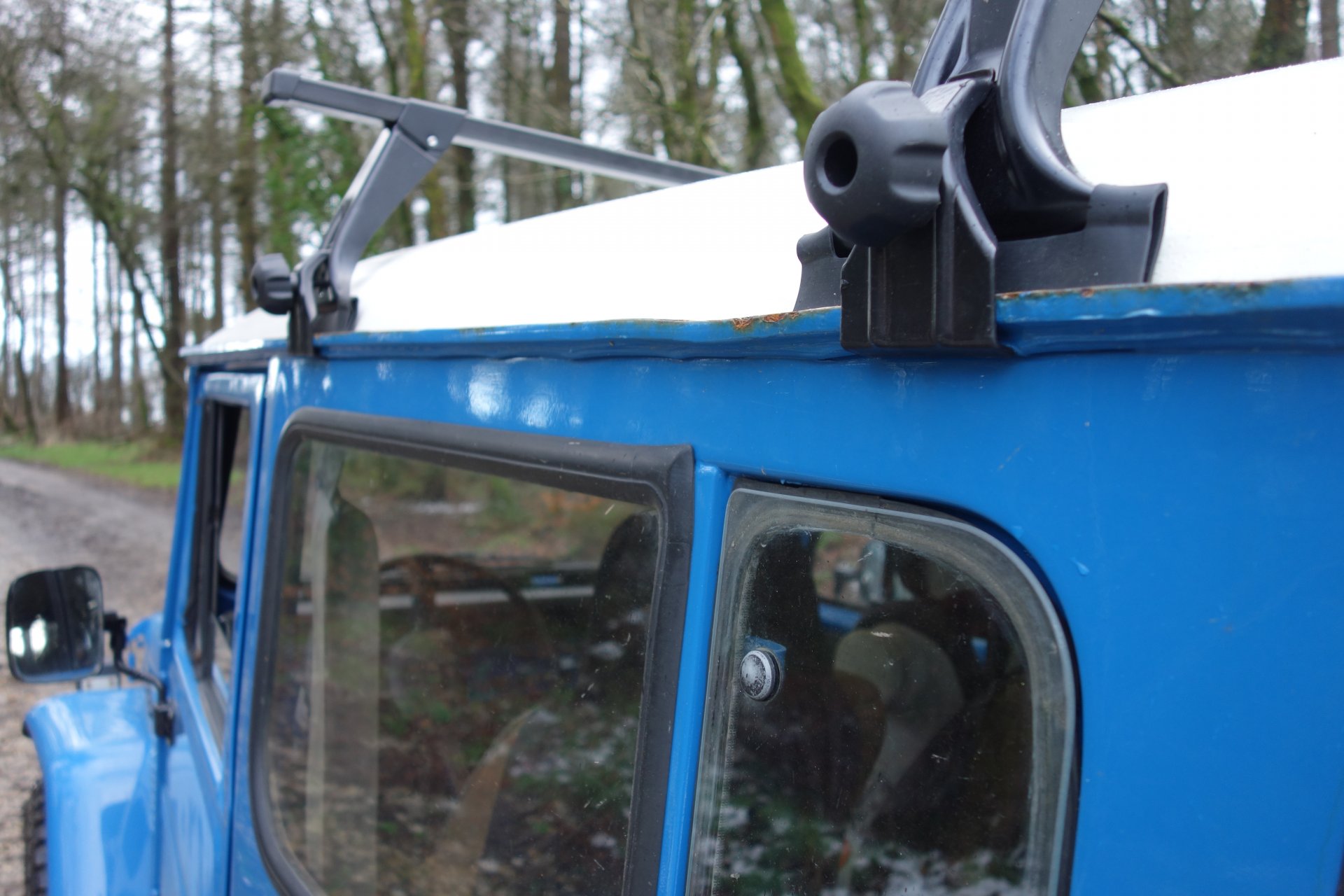 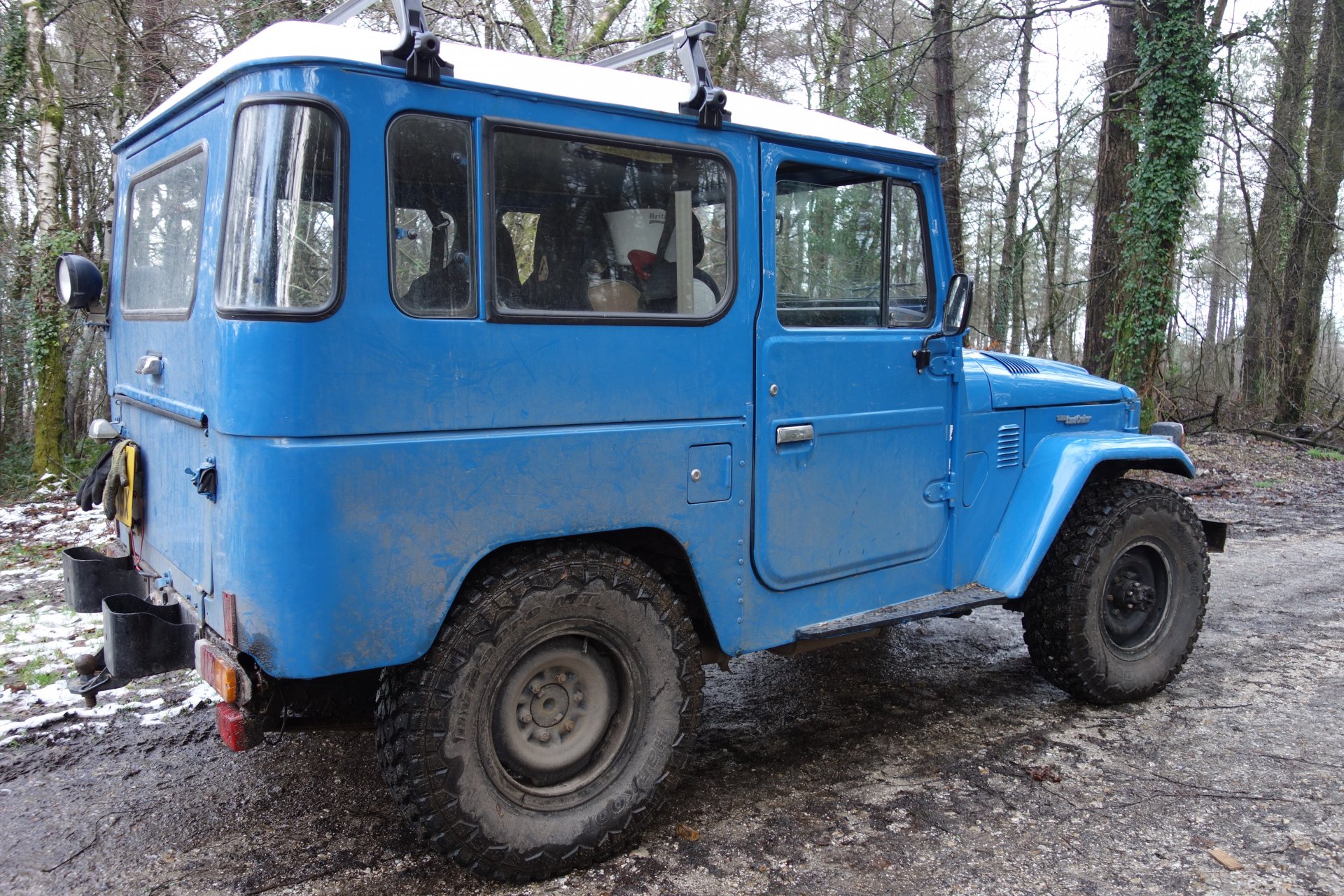 I'll add a pic of the back interior when I can, it's just full of stuff from a workshop clear out at the mo.
D

Wow, this thread's going to explode with all this activity. Did I post this in the wrong place or is it just really uninteresting?

Thinking of Selling- Help with Value?
2