So it looks like I'm stepping into the realm of the 60. I have a 100 that I drive daily and love but it's all stock except for some stereo stuff. I also have a '93 Trooper that's lifted and I've done a bunch of work to. I was looking for another project and one found me!

I drove the 100 down to Houston for business (I live in Dallas). While I was staying with a client, she mentioned that she had an old cruiser sitting in her back yard and would like to have it hauled off for space. Her parents were the 2nd owners and she drove it in college and loved it but stopped having time to do the upkeep on it so it sat for about 5 years without running. She said she'd give it to someone who could appreciate it and take care of it so if I wanted it I could take. I jumped on it and picked up a trailer from U-Haul. Came back the next day, changed the tire to the spare (one was flat and wouldnt hold air) and rolled it onto the trailer. We had to scam U-Haul and tell them we were hauling a Mini Cooper because the 1st store wouldnt give me a trailer to tow the 60 because they claimed it was too heavy (even though the trailer itself says 5500lbs limit...).

So we made the drive back, got home at 2am with the new project!

Now begins the process of draining fluids, replacing visibly messed up things and plugs and attempting to make it run 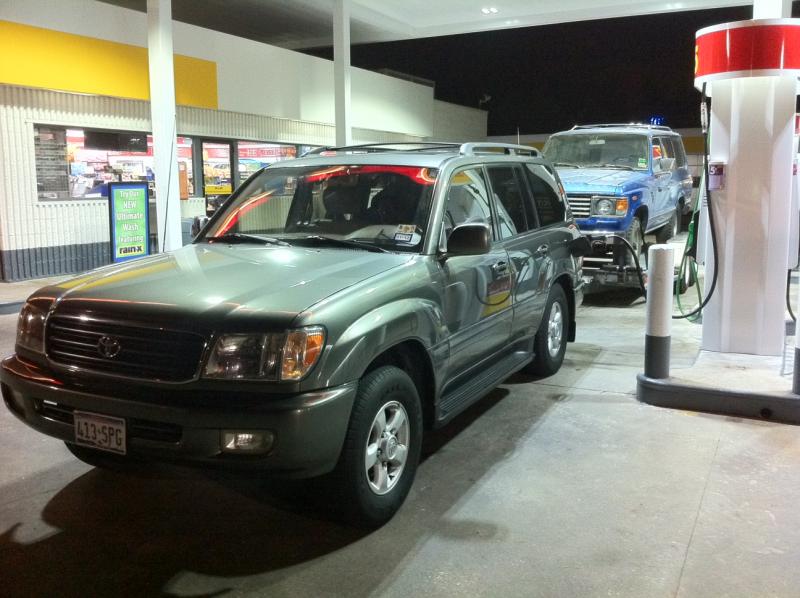 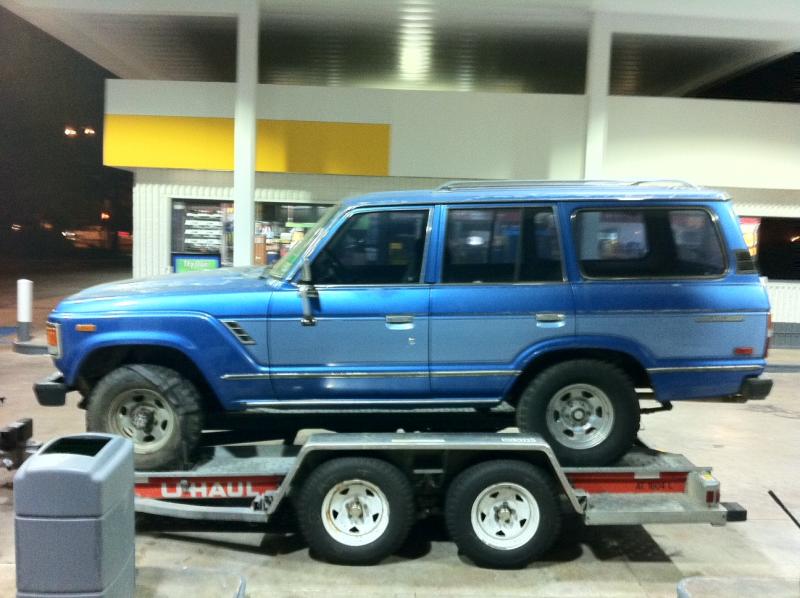 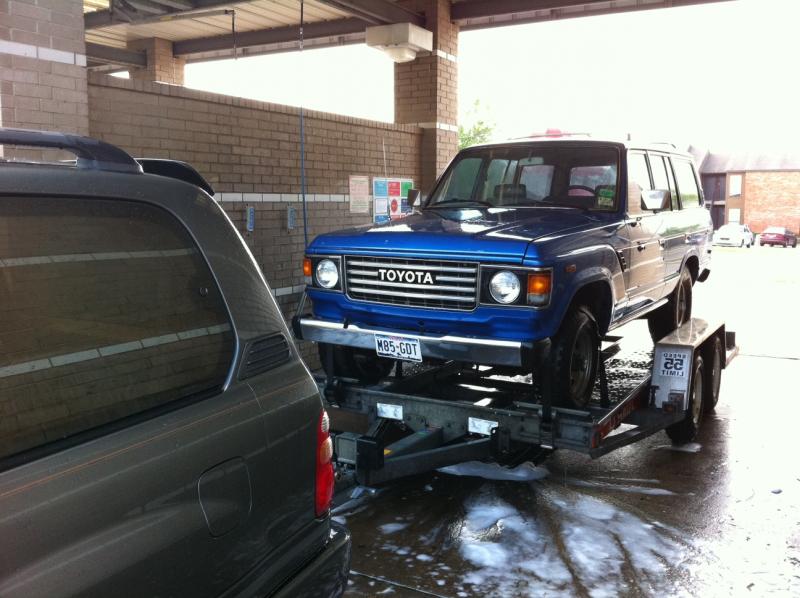 and it has been blacked out. sweeet

SAY WHAT? FREE? I'm not jealous at all

I'm in Houston, you robbed me of a free cruiser!!!

no such thing as a free cruiser.

I've always said I rather be lucky than good anytime... Nice score and yeah it will cost him plenty in the long run.
L

Am I only one who thinks its funny that you "stay with your client" then she gives you a free land cruiser? HAHA. Serioulsy though... It aint going to be free, but its going to be a blast. Good luck with it. Keep us posted on the progress

great color and it'll prolly look bettr without the aged tint stuck to the windows
You must log in or register to reply here.

Just Picked Her Up