1. How large is the diesel tank in my truck?

2. Haven't been able to insure the truck as of yet... Is facility my only option?

3. Any other 80 series RHD owners near Georgetown? 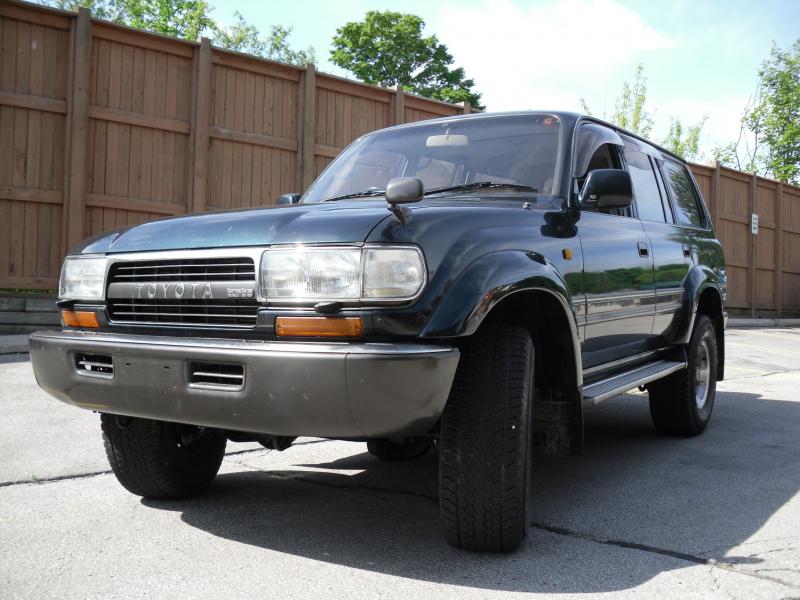 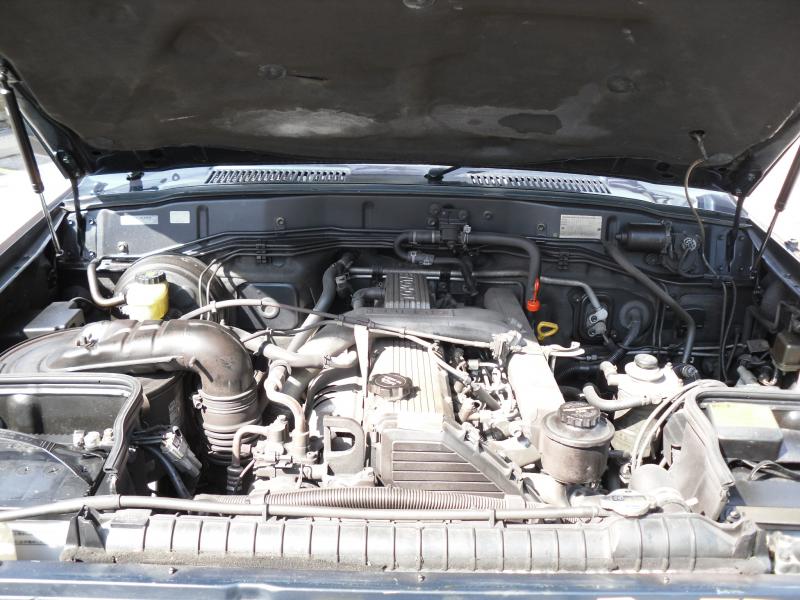 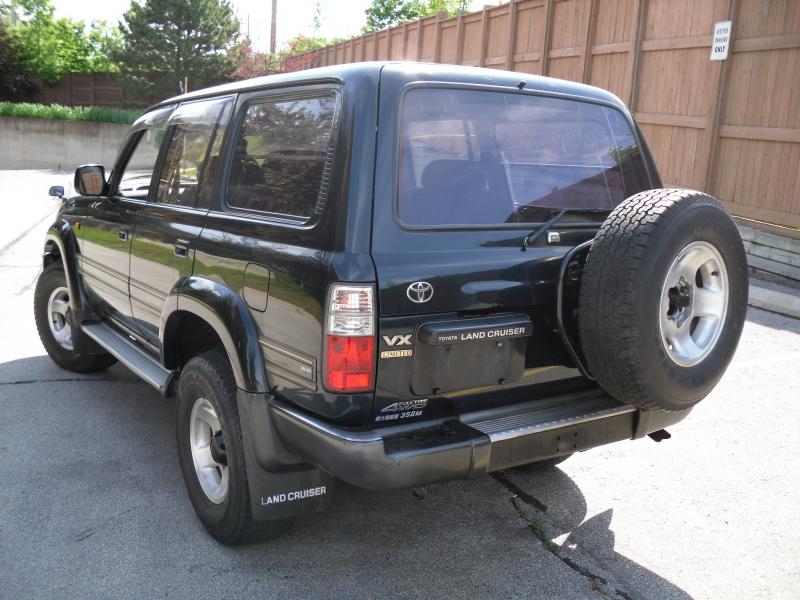 congrats! was that on kijiji at some point? where'd it come from?

anyway, it's a 93litre tank and you should get 11L/100km give or take with stock tires. get the Big end bearings done if you haven't already done so. an auxillary tranny cooler would be nice to have too (if you plan on towing, for sure get one). i've had mine since 06 and she's been to the west coast and back..now my wife's and she loves it. welcome to the addiction.

check the 80 series and diesel tech sections for all other info, or use the search feature.

since owning mine, i've met only 4 others with jdm 80s (and maybe saw 2 on the road), pretty rare in southern ontario imho.

figure out what sort of things you need to get it to pass inspection.
There great trucks
M

Thanks Guys,
Romey...Where are you located?

I have been having second thoughts about my purchase... Truck is a beauty for sure, was looking for a 92-94 Hilux but went all out.
For certification needs nothing...Needs a smaller tire size, currently 285s are on it. What is the standard tire size, is it 265s? The Geolanders need replacing, uneven wear, belts shifted but still certified ok.

Being a newbie what are some things I should address on the truck if I keep it?

Is there a K&N air filter available?

Would like to meet up with other JDM owners once I find insurance...Any options out there?

do a search on BEB's or big end bearings, tonnes on it in the diesel section. something to do with quality of metal used for bearings, and they tend to fail, and all hell breaks loose on your bottom end. it's about an $800 job (+ the bearings and maybe new rod end bolts), then you're good to go for a while on regular oil changes.

no need for k&n, i've heard many times that they are bad for your rig, stick to OEM (or donaldson, etc) , and you can get them at toyota (downtown toyota, TO, has discounts for us UCLC members, just ask for Malik)

i'm with state farm, had no problems insuring the 1st jdm which was the hilux, then the 80.

+1 for IVOAC.ca Forums - Powered by vBulletin for other rhd and insurance inquiries..and join the fight! some mudders on there too.
Last edited: Jun 8, 2010

Thanks so much Romey...
You rock!

BEBs,
if they go south then a new engine is needed, i am surprised your importer didn't warn you about that issue. it is a poor composition issue on all the HDT and HZ engines. under a grand will install them (am i right Romey?)
the JDM automatics don't have an aux tranny cooler and it is a must over here. Romey has the part number for a nice kit plus a PROPER tranny gauge is needed. when that light goes on then it is time to pull out your wallet. i have seen more and more of these trannies dieing a painful and expensive death.

as for a hilux diesel, not recommended in Canada. the cooling system DESIGN is flawed and the heads are cracking by the dozens. the truck itself is a tough unit but the 2LT/2LTE and KZ are flawed.

congrats on the purchase.

yup, what Wayne said. he's your guy for any TLC needs landocruiser!
L

Guys,
where can I get my hands on a repair manual

where can I purchase the BEBs, rotors & pads, air/fuel/oil filters for my truck

I could sure use the help & direction from you guys.

Truck currently has Geolander 285/75/16s... Should I stick with the same size or go smaller? Looking for fuel economy but still a beasty ride. Any good tires out there that won't beak the bank and are not too loud.

i have the 1HZ/HDT manual sitting here but you might be able to down load off the net...
Dan at 4wheelauto.com
or
John at raddcruisers.com for parts
smaller tires does not equal better fuel economy, depends on a number of factors

sellin it already?! how come?!

just came across another HDJ81 up in Owen Sound.
seems Ontario is finally catching up but alas most are having problems with insurance...

so this is an awd with front center and rear diffs?

yeah Rusty, just like mine but WITH ff/rr lockers according to the ad. don't think ABS came till much later, and yeah, full time AWD. looks clean according to pics..
but yeah, hmmmm.....

Rusty bought a truck, he is now a Canadian Cruiserhead...

Right on Rusty!! Lets see a new thread with some pics.

Just checked it out. Very cool. Can't wait to see it in person and on the trail.
You must log in or register to reply here.