Disclaimer: this will be a collection of experiences and some minor mods to a Japanese Domestic Market 100, in Canada. Tech content will be at the more basic level

In Canada we only got the LX version of the 100, and in fairly limited numbers, so any 100's going around are either Lexus, or US imported. Personally, I've been driving Mitsubishi's for many years, and have had good success with them, in both petrol and (imported) diesel variants. But we live on the edge of the Rocky Mountains, and towing a trailer can be "interesting" at altitude, more so as you head towards BC. And of course I've always appreciated all variants of the mighty Land Cruiser...

A few years ago we decided to get a bigger trailer. Not "big" by today's standards, but bigger than we've had before. We ended up buying a Forest River Wolf Pup - its a vee-nose 18 footer with a large slide out the back. Comes in around 4500# fully laden, but is pretty compact for having a bathroom, dinette, couch, and queen bed that are all usable at the same time. My wife's daily driver, a Japanese market Pajero with 4 cylinder 3.2DiD, would have been up to the challenge, but keeping an eye on EGT's while managing the tongue weight over an independent rear end made me think perhaps it was time to get a few more cylinders?

The first morning I started looking, I found a UZJ100 for sale LOCALLY, about 5 minutes from our house, and immediately went to see it. It had been imported a year earlier, and showed 122k kms on the odo. RHD, yes, but in great shape, really good price, and didn't really need much beyond a windshield and tires. I've brought many JDM rigs into Canada, but buying locally and being able to walk around it first was kinda nice... 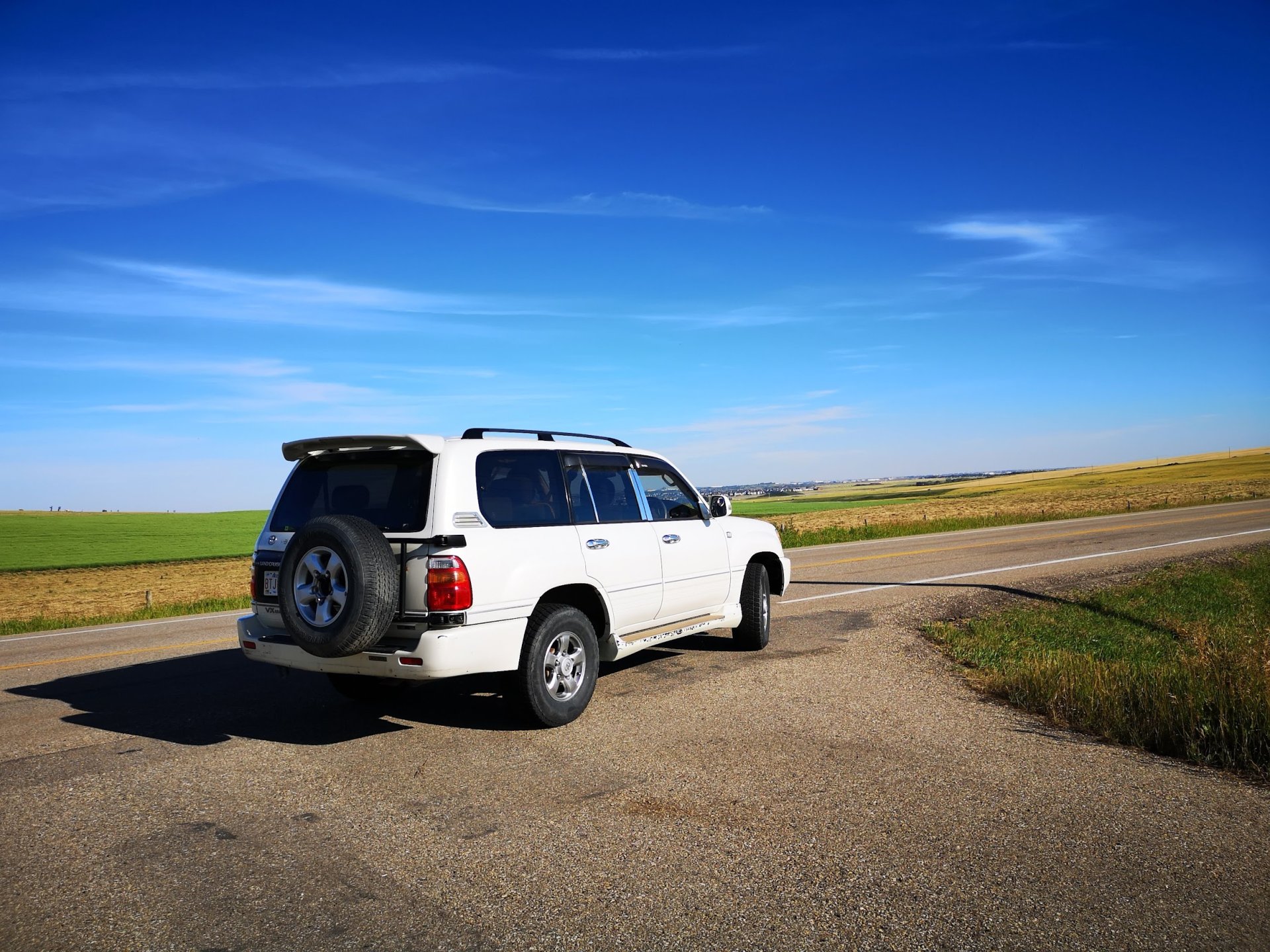 And suddenly our first Land Cruiser was sitting beside the house... 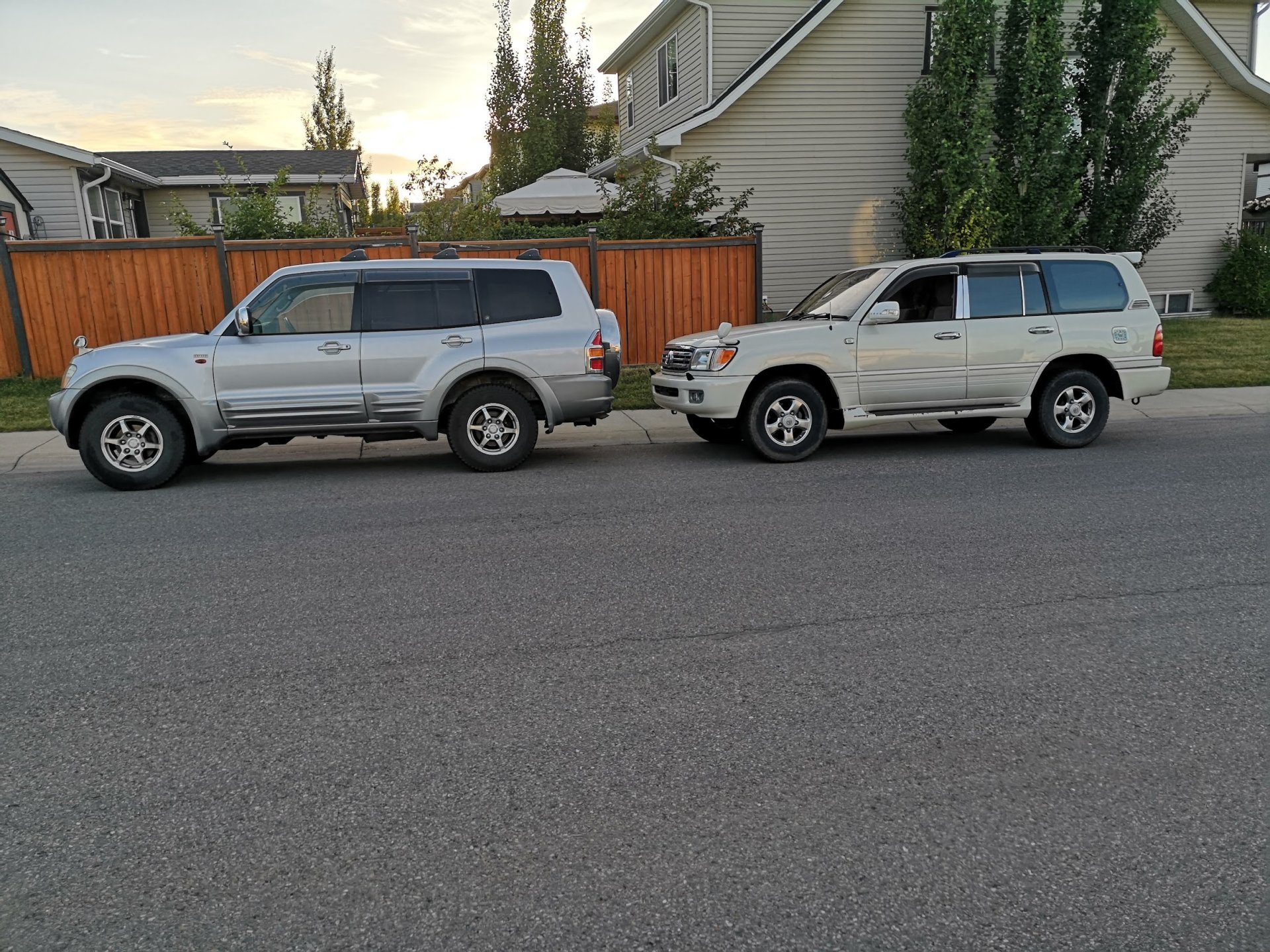 It did need some tidying up, as far as I was concerned, but the bones were good. 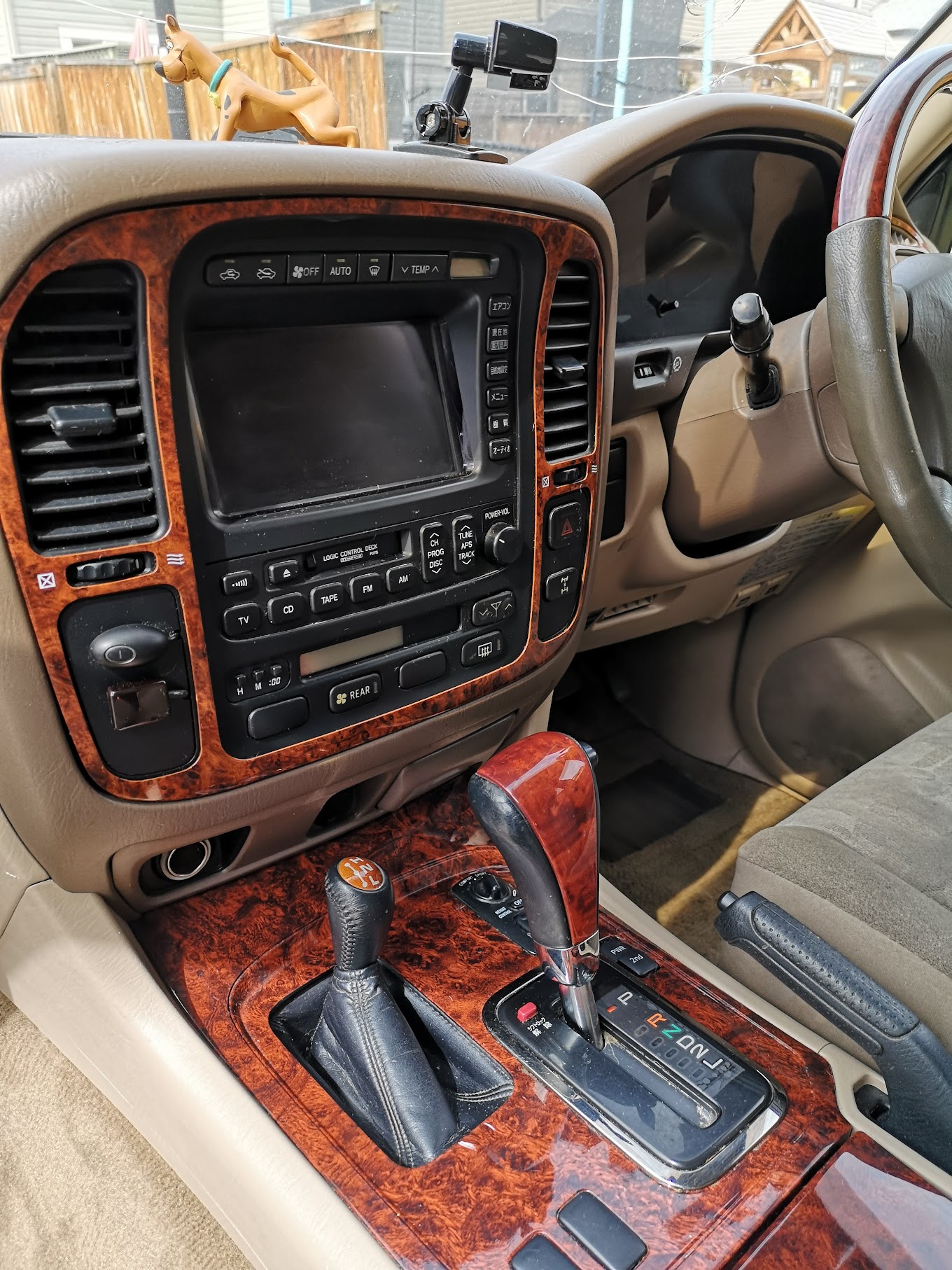 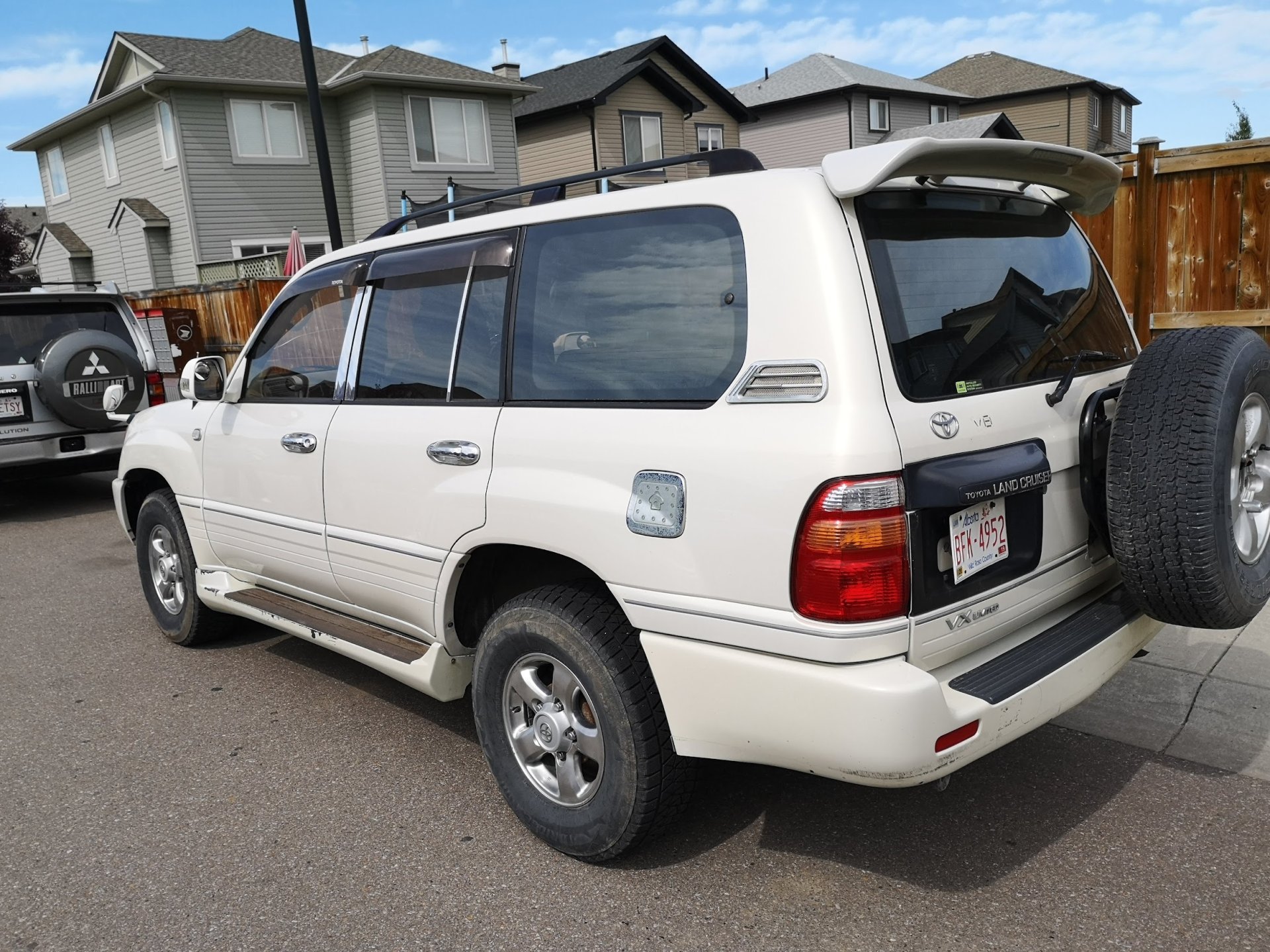 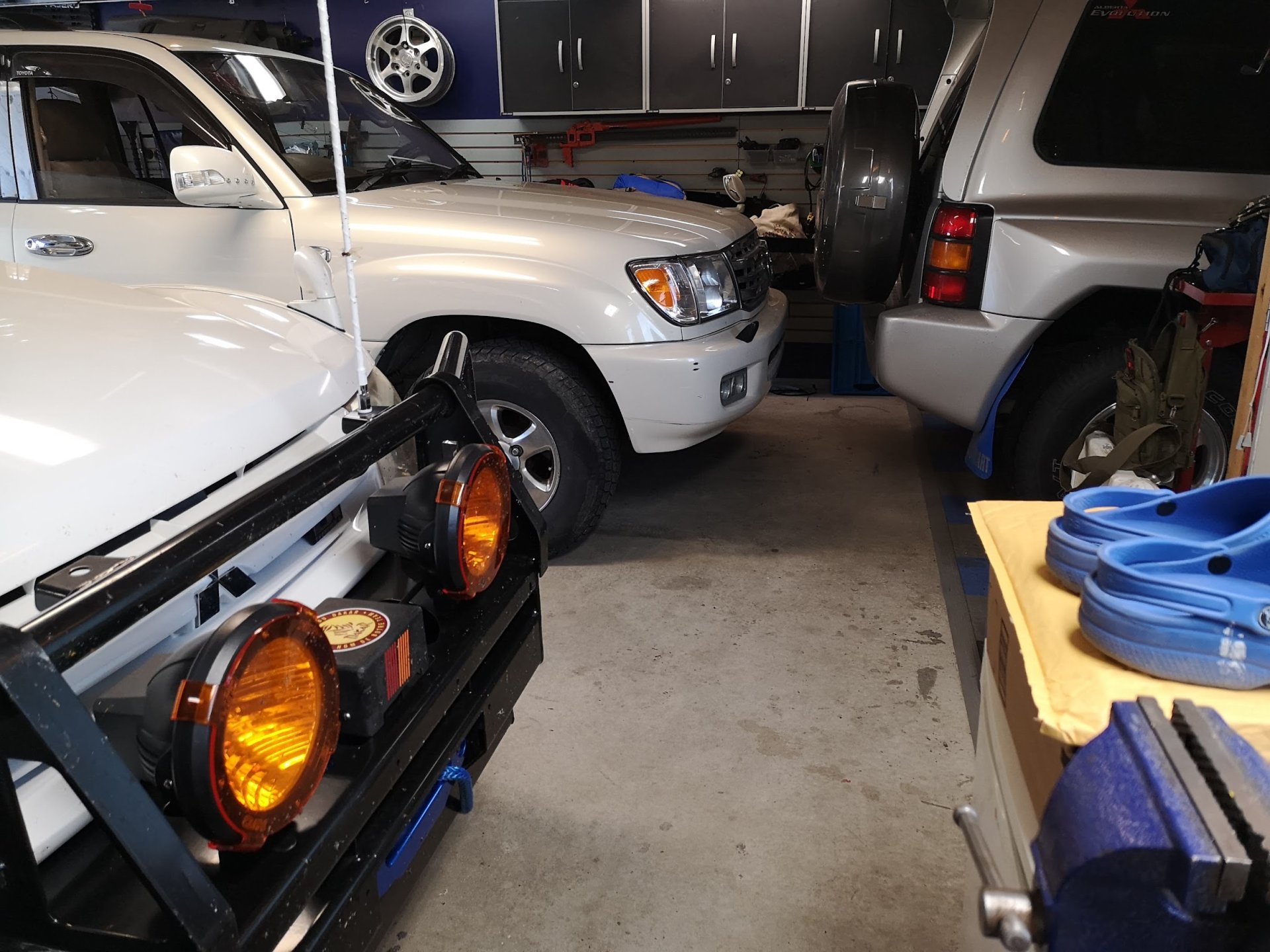 We tucked it in the garage with the two other Mitsu's I still had, sold my wife's 4 door, and got down to business...

Okay, so what did we end up with? It appears to be a curious mix of Lexus and Toyota, compared to North American specs...

It's a 1999 UZJ100 VX Limited with 4 speed auto, height adjustable suspension, sunroof, all power options (incl fold in mirrors), spare tire on the back, and an integrated HVAC-Navi system (yeah, you know the one ) with the added gimickry of TV included.

Added to this was some japanese cutting edge (in 1995?) techno wizardry. There was the obligatory toll card unit, a giant non-functioning rearview mirror with also non-functioning backup camera, some kind of converter for aux audio input (not working), some horrible looking running boards (possibly added?), and an entire catalog of faux chrome ("faume"?

) appliques on almost every exterior detail. To top it off, the mirrors were fitted with plastic rhinestones. RHINESTONES.

I spent a few days with a heat gun and some plastic spatulas, de-blinging the poor truck, and filled a 5 gallon bucket with discarded electronics. 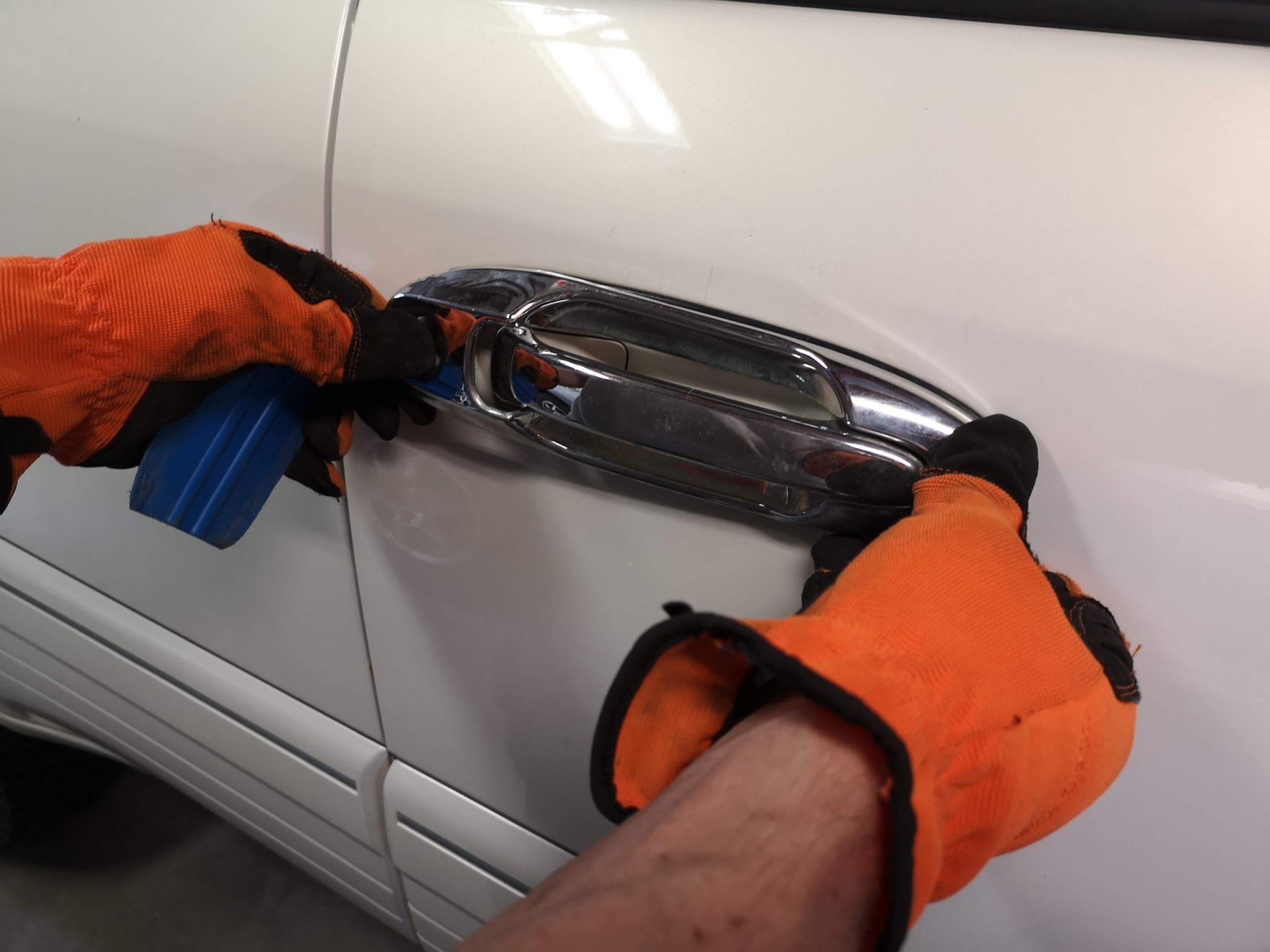 Should I have kept the mirror-applique on the B-pillars? LOL. Maybe? 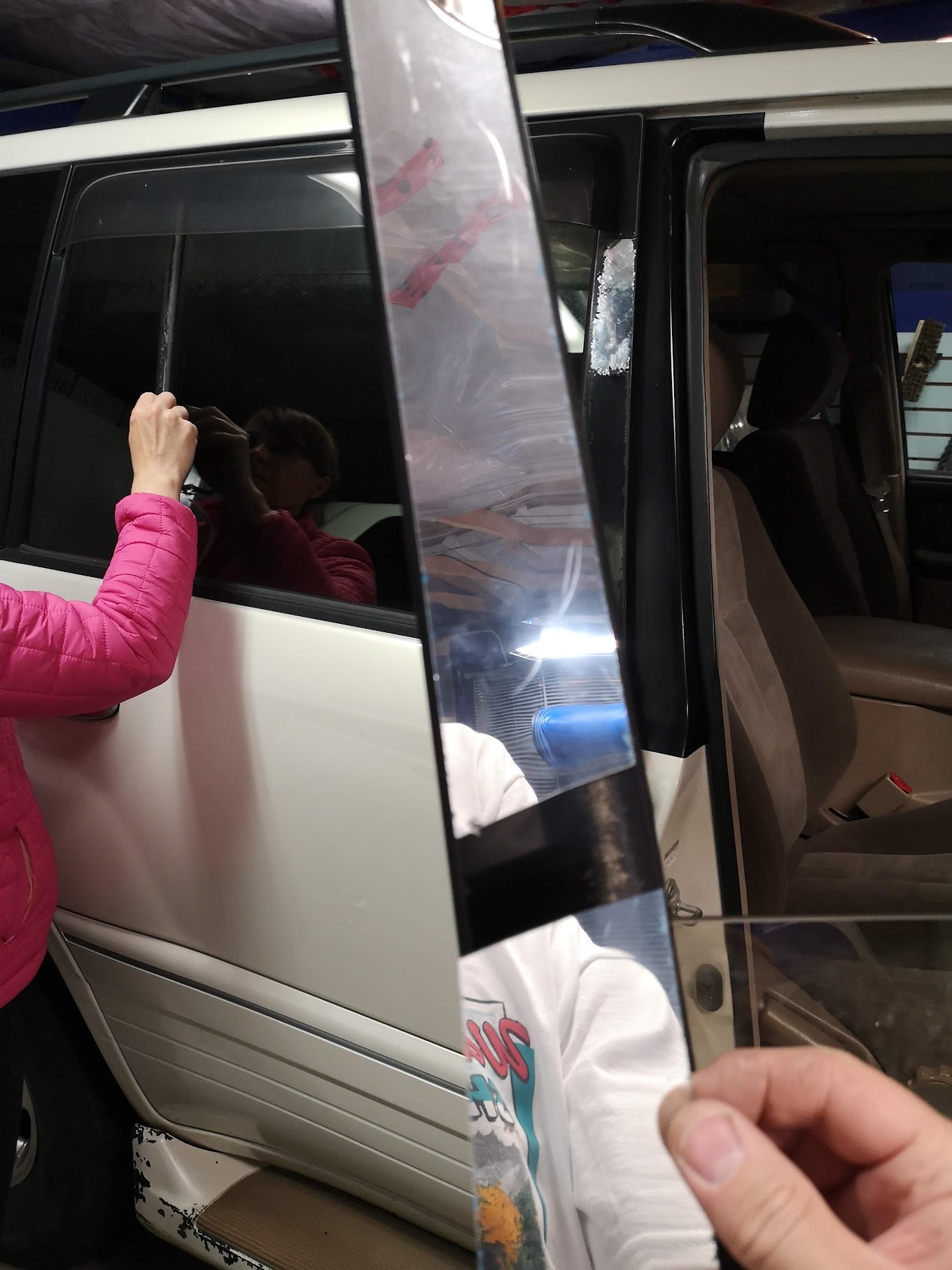 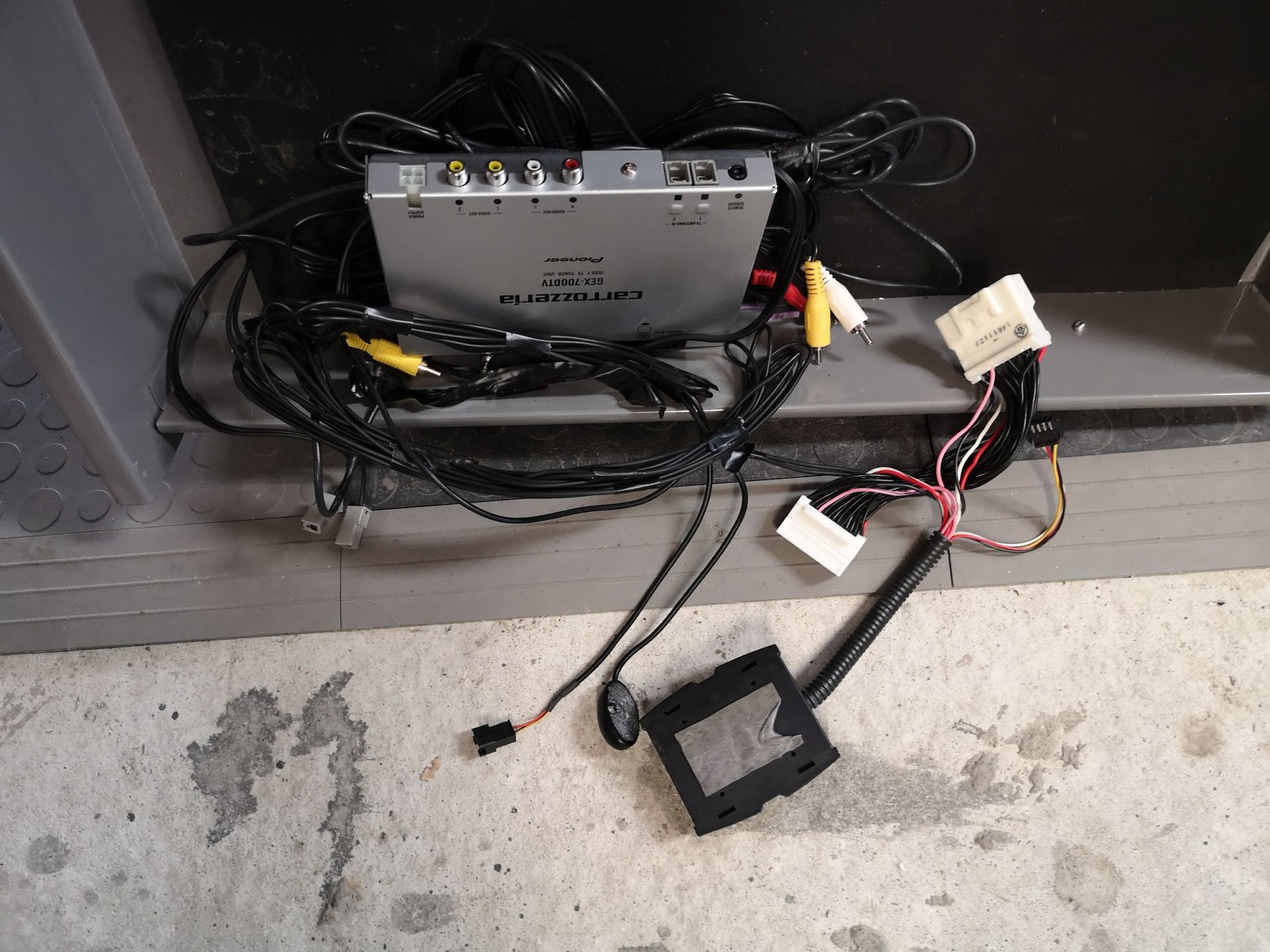 This rig was destined for towing our soon-to-be-picked-up trailer, so it needed a hitch! Found one used on Kijiji (our version of Craigslist) and bolted it up. Also wired up a trailer harness. 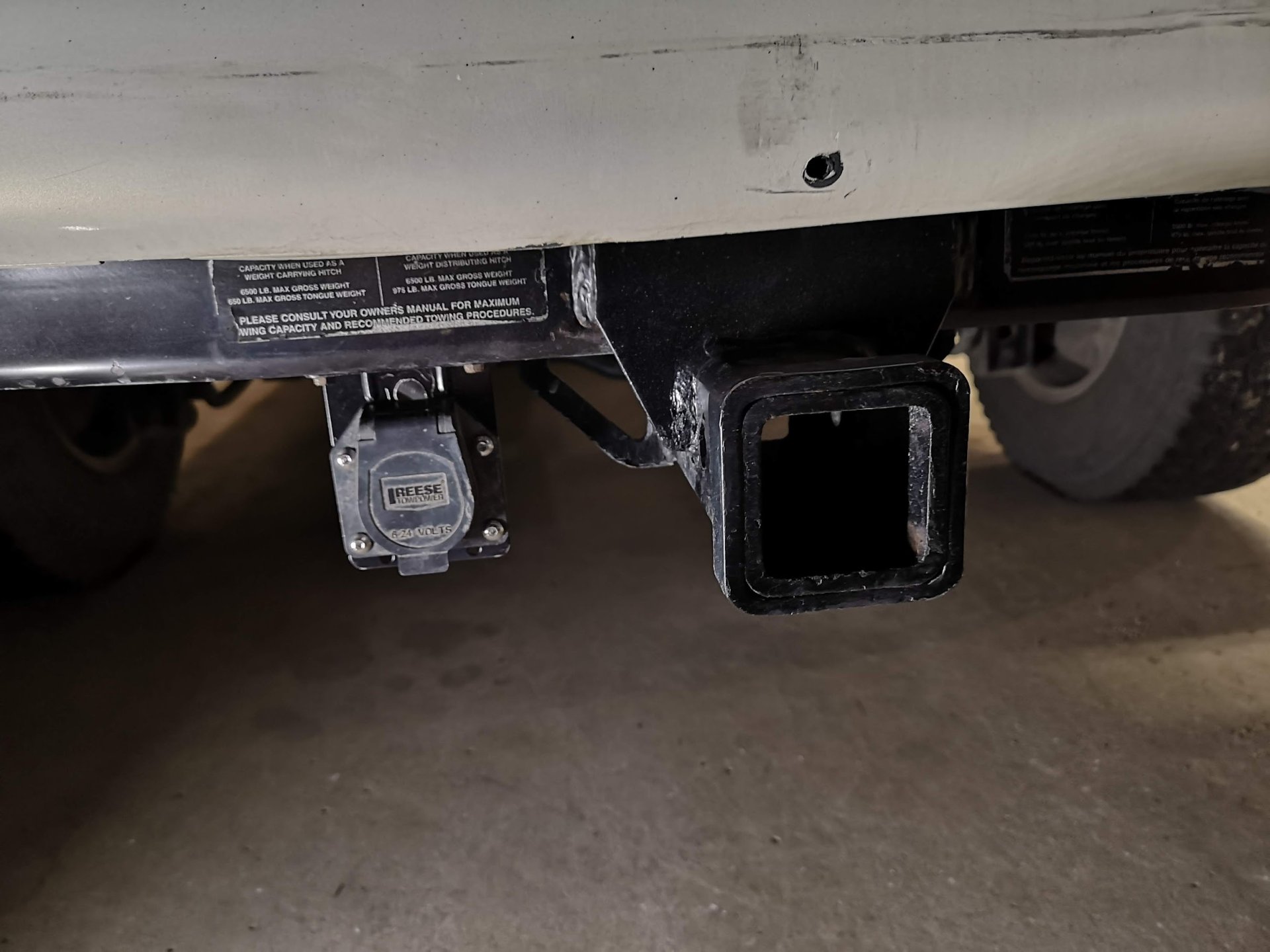 One more thing necessary before I could go get our new RV... brakes. Pulled the ashtray, and fabbed up a mount to allow my brake controller to sit in its place. I mounted it slightly proud so that I could get my hands on the button quickly... 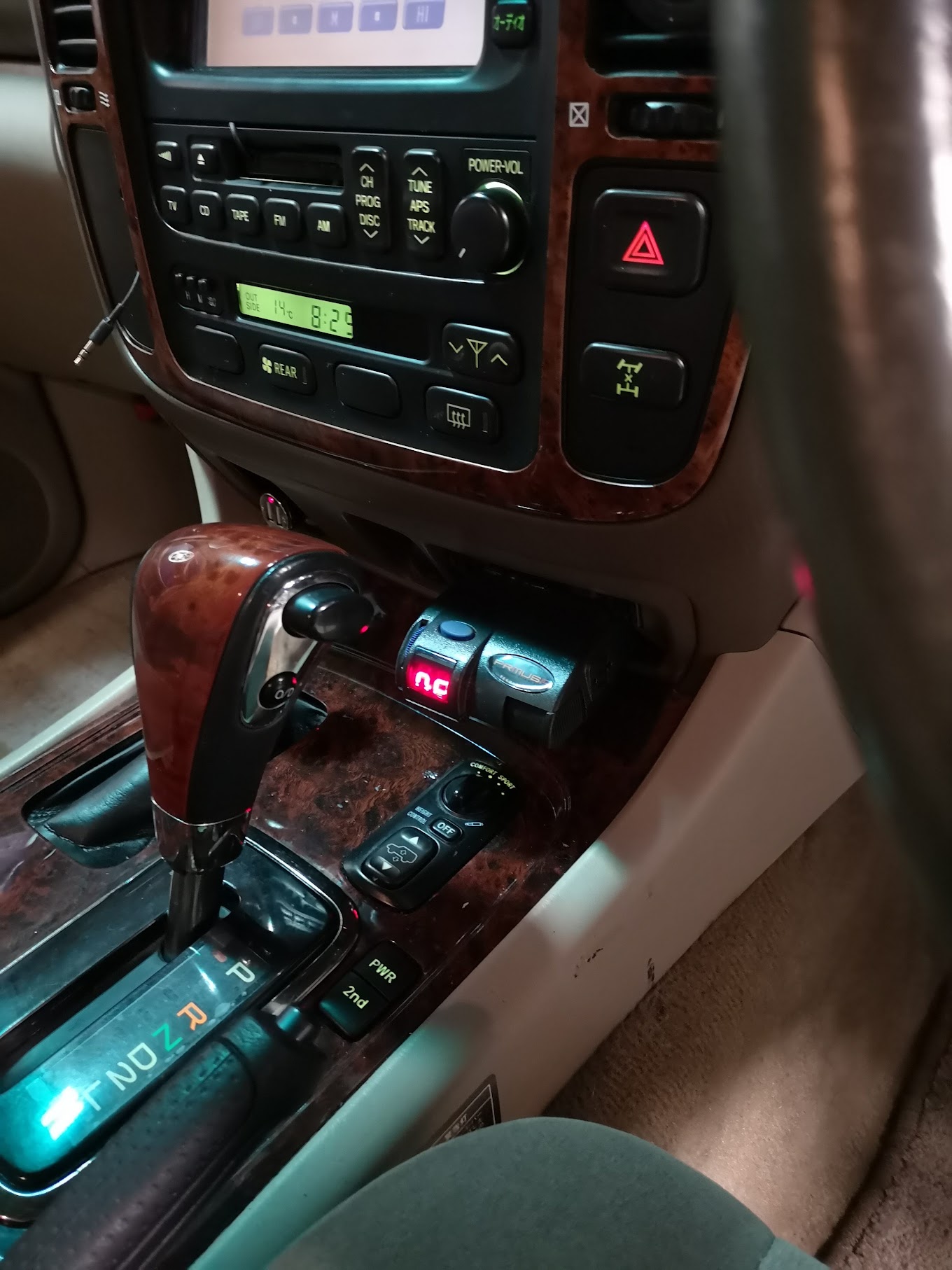 As you can see, I also put in a new, cutting edge product to allow aux audio enjoyment... YE OLDE CASSETTE ADAPTER. As it turns out, that would be with us for quite a while...

Ready to go get the new trailer!

It was fall of 2019 by this time, and snow was around the corner, but you can't just pick up a new trailer and put it away for the winter, right? 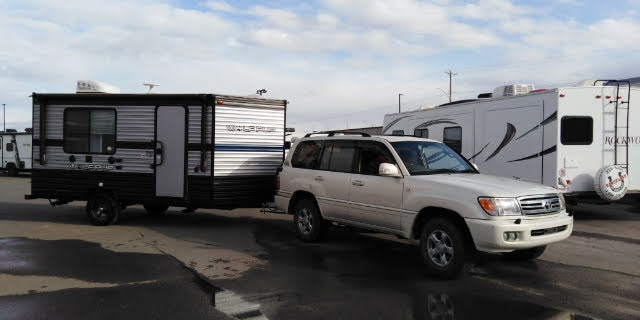 So, her truck (yes, it was also her new DD) got a new windshield and some Blizzaks... 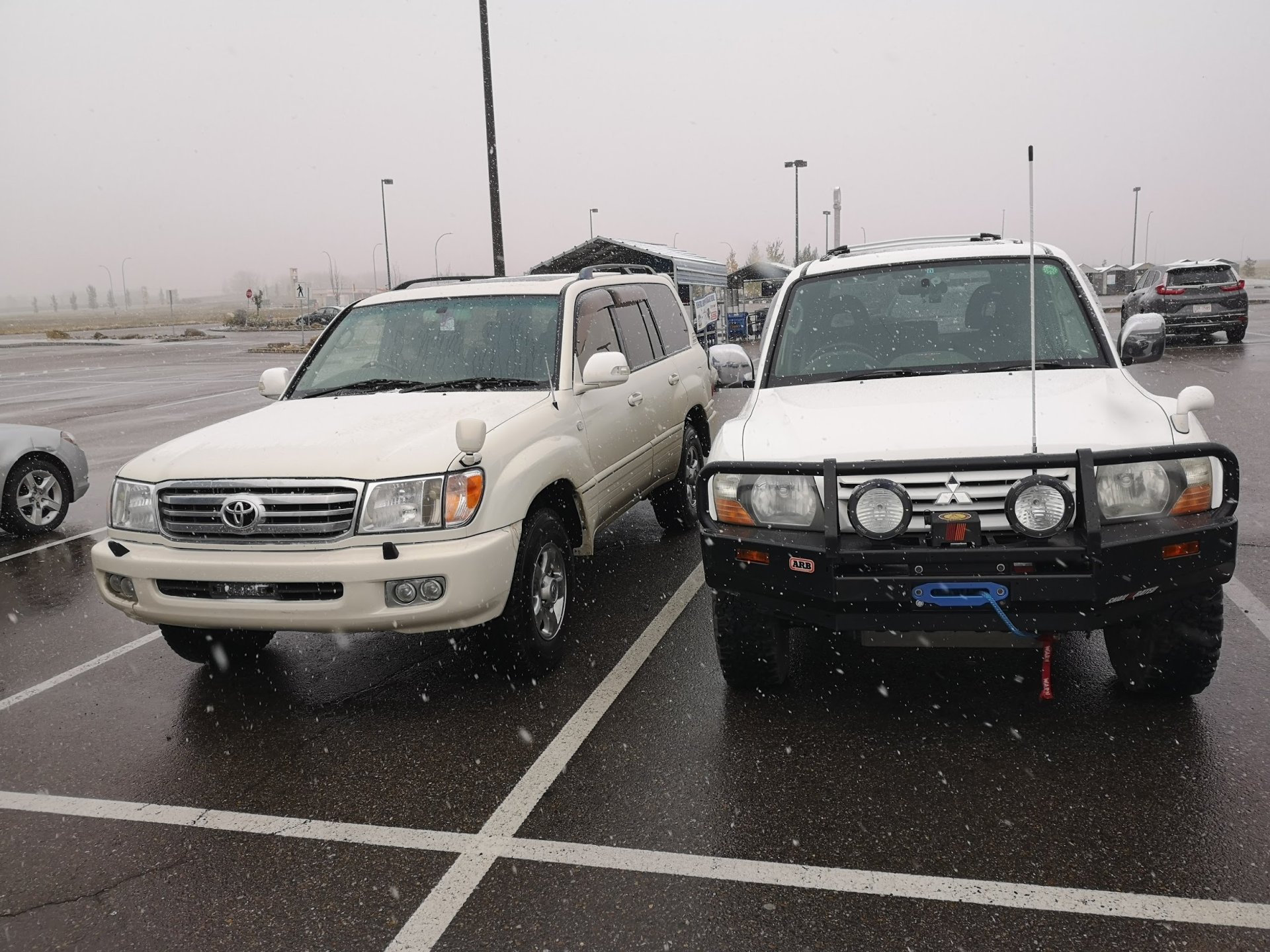 Then we went camping! 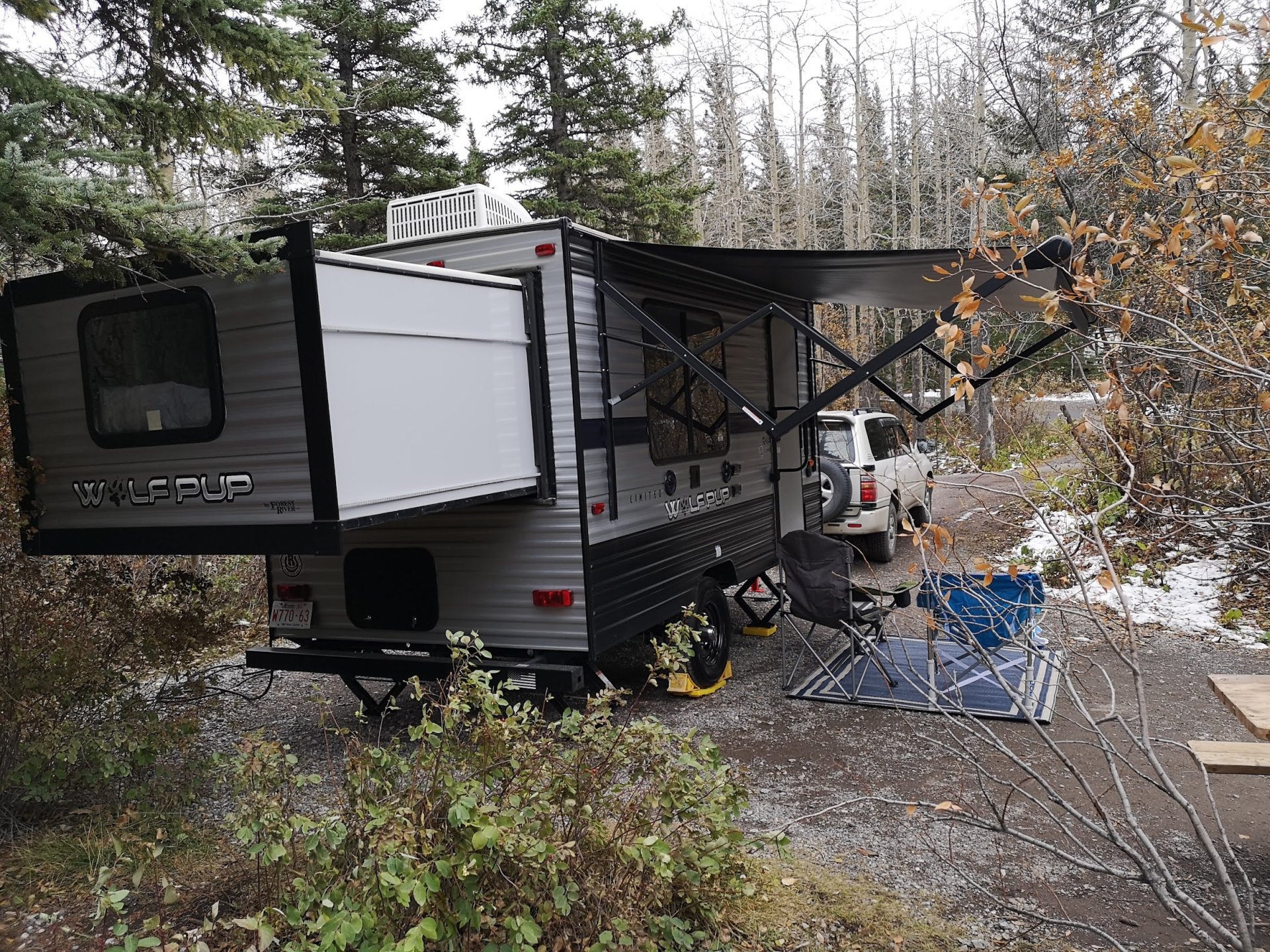 Two weekends in a row actually... 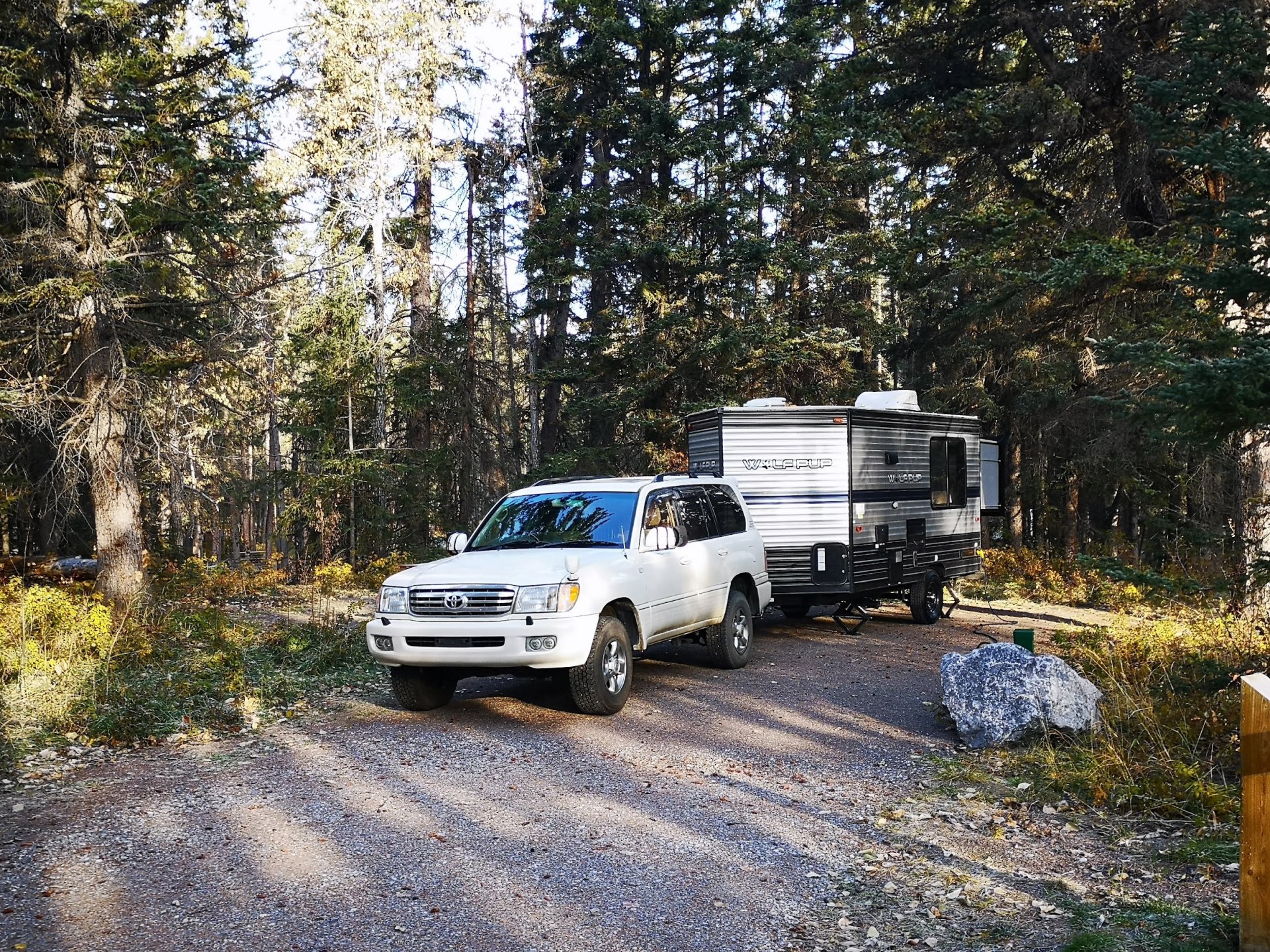 TIming belt had already been done, so I did some oil changes, filters, some more cleanup, and called it good. Towed brilliantly, although we missed the fuel economy of the Mitsu diesel, and the height adjustable suspension really came in handy for putting the equalizer bars on and off and hitching up on uneven ground.

Along the way I wrote a few stories about new (to me) Land Cruiser ownership: 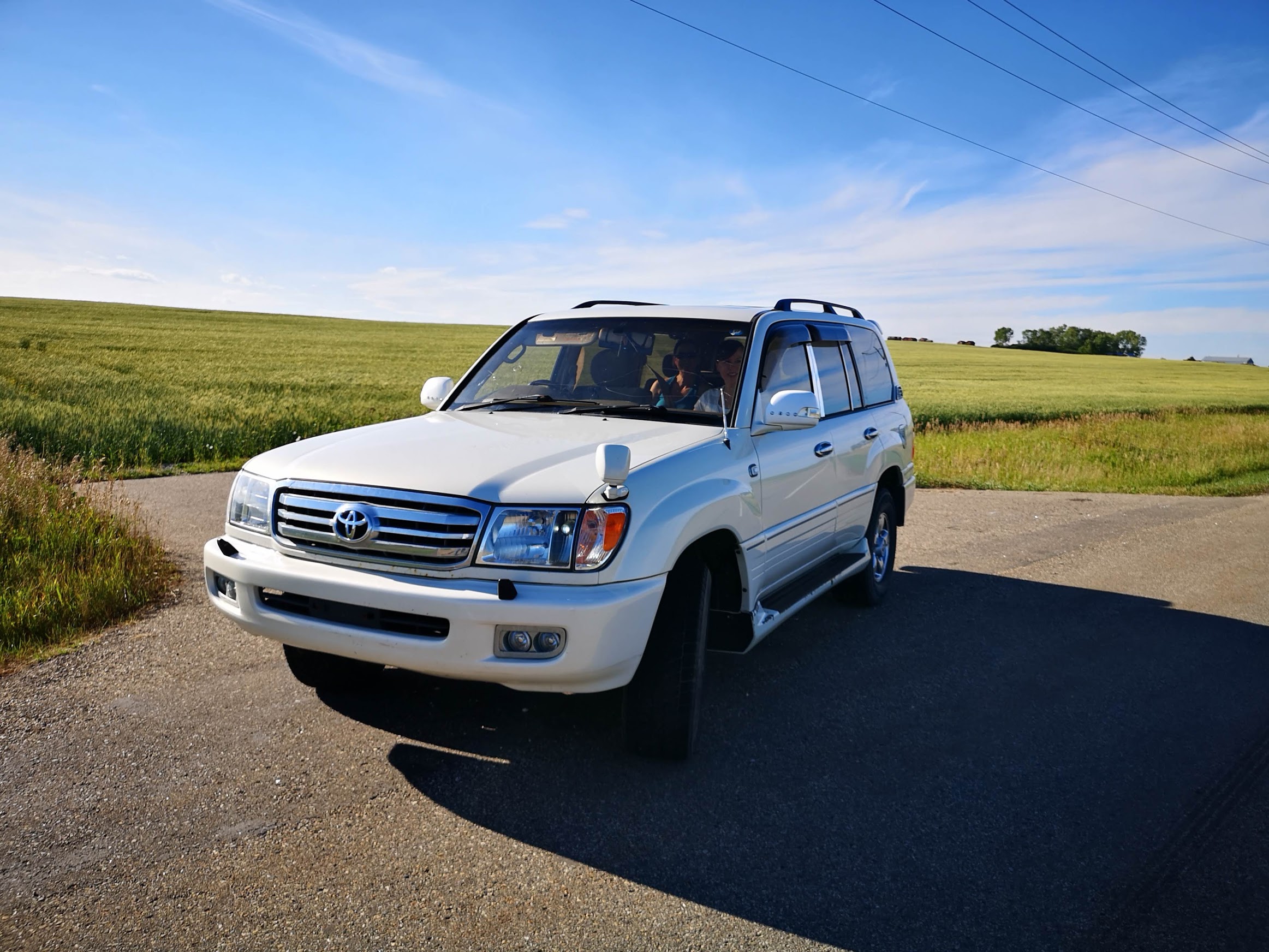 Or Loyal to a Fault? We’ve owned 9 SUV’s over the past 24 years. Our line-up, in Mitsubishi circles, could be called legendary, by some. I’ve had 3 different V6’s, a 4 banger, and 3 different diesels. In essence, I’ve had almost every engine iteration available. These motors were ensconced in... 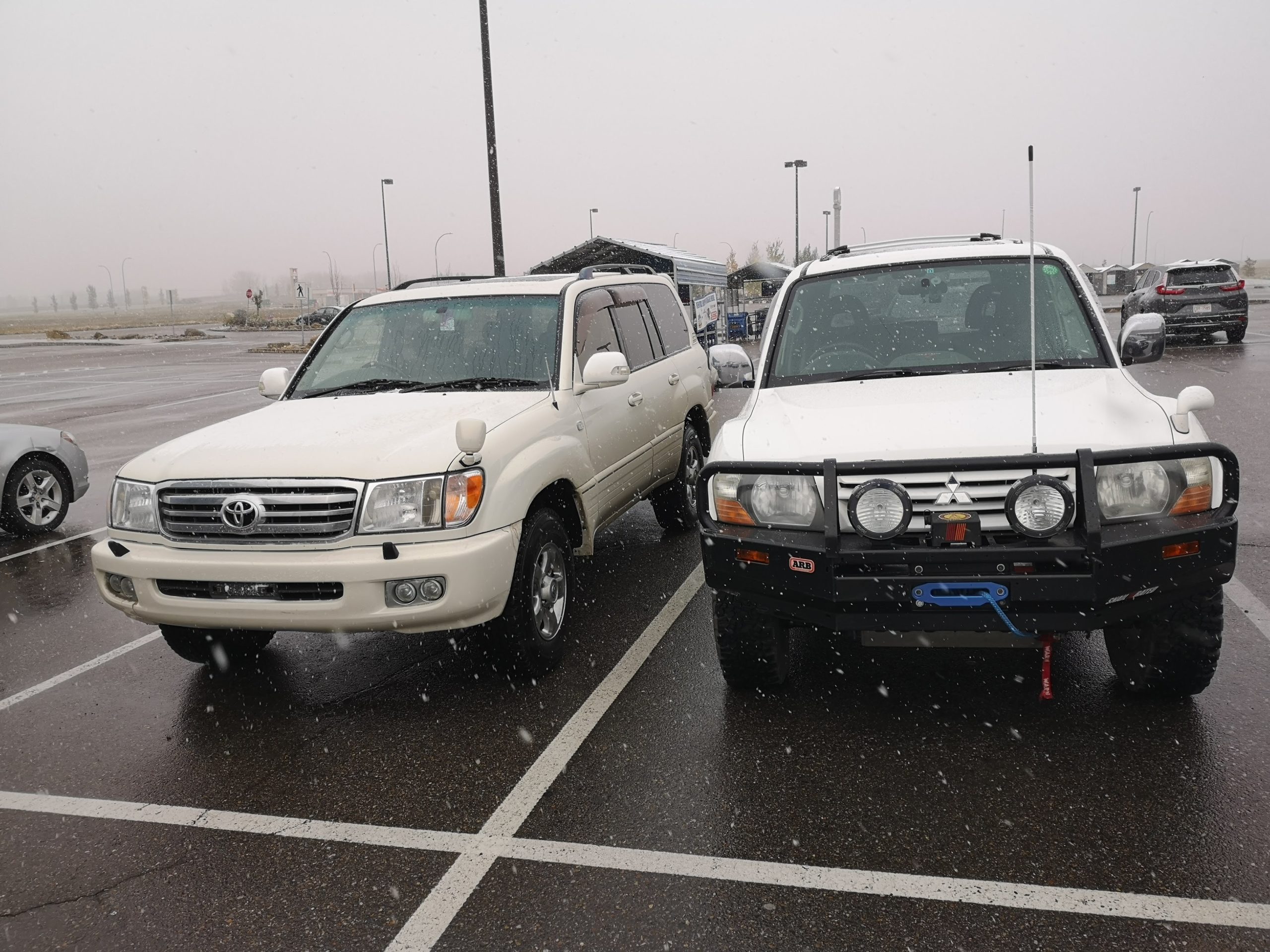 If we were shopping for an SUV that could tow more, and wanted to continue being ensconced in Japanese reliability, this seemed like a reasonable choice, but...

www.thegearheadproject.com
You must log in or register to reply here.

Who has trimmed their fenders, opened them up a bit?

U
LX inner fender passenger side what am I missing here?