I don't know if that's possible. I also can't rule it out. I'm having a hard time imagining a scenario where you have enough current to push the plunger hard enough to make a clicking sound, yet somehow not hard enough to make contact sufficient to pass enough current for the starter to spin. The only way I can see that happening is if it only contacts one contact, due to poorly seated contacts or the plunger somehow being slightly cocked at an angle.

In my opinion, you're either going to get no click because there's insufficient current to plunge the plunger (excessive resistance in the wiring or a bad battery), or you have messed up contacts preventing the plunger from seating against both.

Keep in mind that the starter solenoid doesn't really make a "click" sound when pulling in. It's more of a very solid "thump" that can easily be heard from the driver's seat. If you've ever forgotten to hook up the starter motor positive wire to the battery terminal and tried to start, as I have done more times than I care to admit, you know that sound well. It's usually followed by a "duh" as my head hits the steering wheel.
Jon Held
1991 FJ80 "Lumbering White Rhino" sold to a good home

gummycarbs said:
The circuit feeding the starter solenoid has to go through all of these steps:

That's quite a bit of wire, many terminal connections, and the Neutral Safety Switch. Mild corrosion over the years can lead to resistance that prevents sufficient current. De-Oxit and silicone dielectric grease are your friends.

When replacing the contacts, you're supposed to press them down with over 200 pounds of force and then tighten down the nuts:

I believe that the contacts in my rebuilt Denso weren't pressed down according to the FSM when they were installed, because they were worn very unevenly. Additionally, the lip around the plunger that bridges the contacts was *extremely* thin compared to a brand new Toyota plunger, which seemed like unlikely wear for a fairly new starter. Edit: I mixed up the timeline. It was around a year between installing the reman Denso starter and the first time I had a no-start condition. It was very intermittent and was fixed every time with a light smack on the end of the starter housing with a hammer. The frequency of no-start events increased and I finally replaced the contacts around March 2021 with a Dorman kit I had laying. I got around to installing a new Toyota plunger around February 2022. So, the plunger wear wasn't excessive, but I still think that the contacts weren't seated according to the FSM when it was remanufactured.
Click to expand...

Cruiser804 said:
View attachment 3118302
Dumb question, how does one determine how much force the press is creating?
Click to expand...


You need a pressure gauge if you want to be precise. The FSM gives the formula to calculate the force from the pressure and the ram diameter.

gummycarbs said:
You need a pressure gauge if you want to be precise. The FSM gives the formula to calculate the force from the pressure and the ram diameter.
Click to expand...

LOL Saw the but I have no idea what it means. Can it be swagged? I set the starter in the press, and cranked the press until it made contact with the ram. Once it was set in place and then gave it 3-4 more cranks. Then tightened the contact bolts to spec. But really I have no idea what kind of pressure that applied. 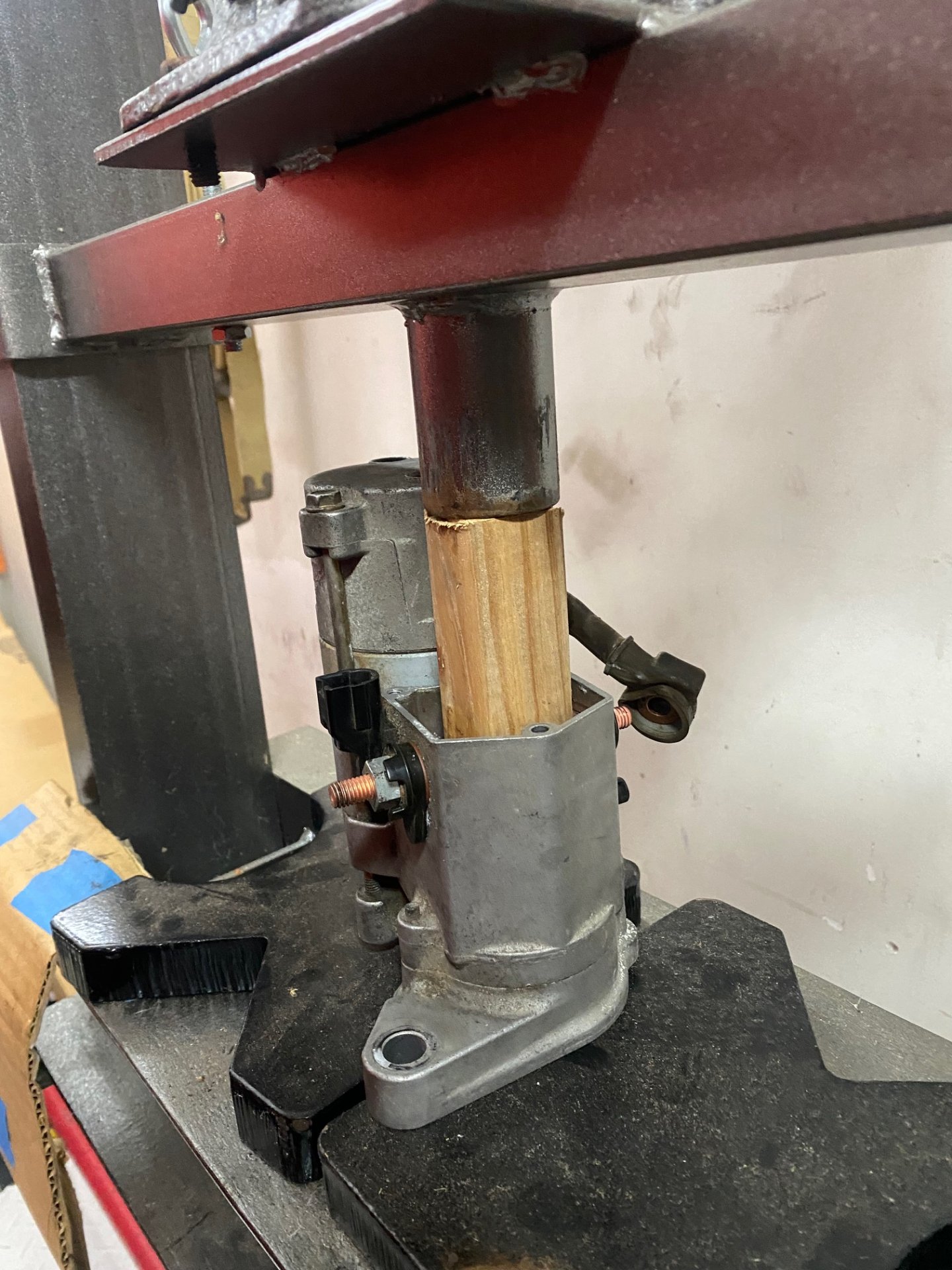 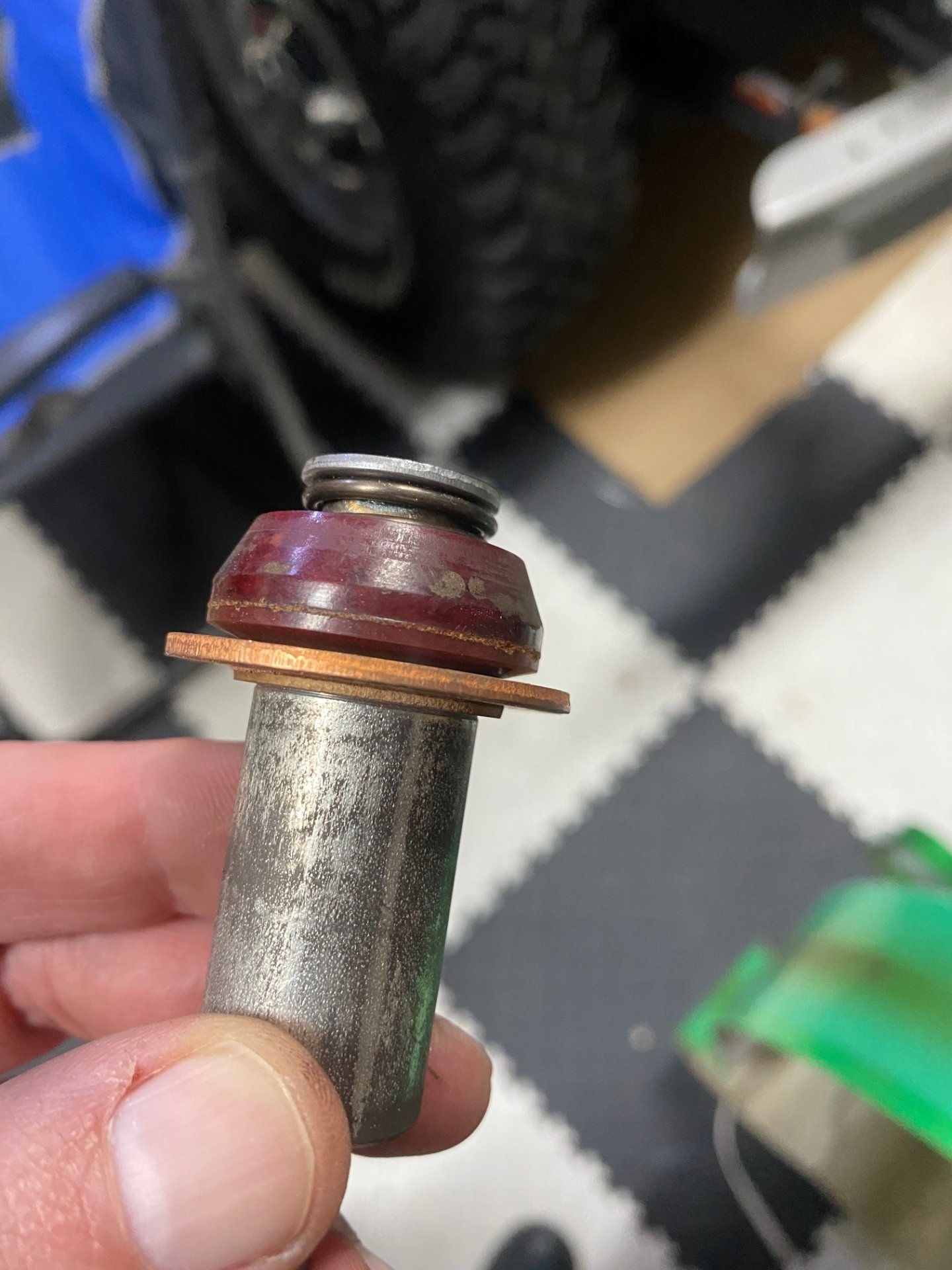 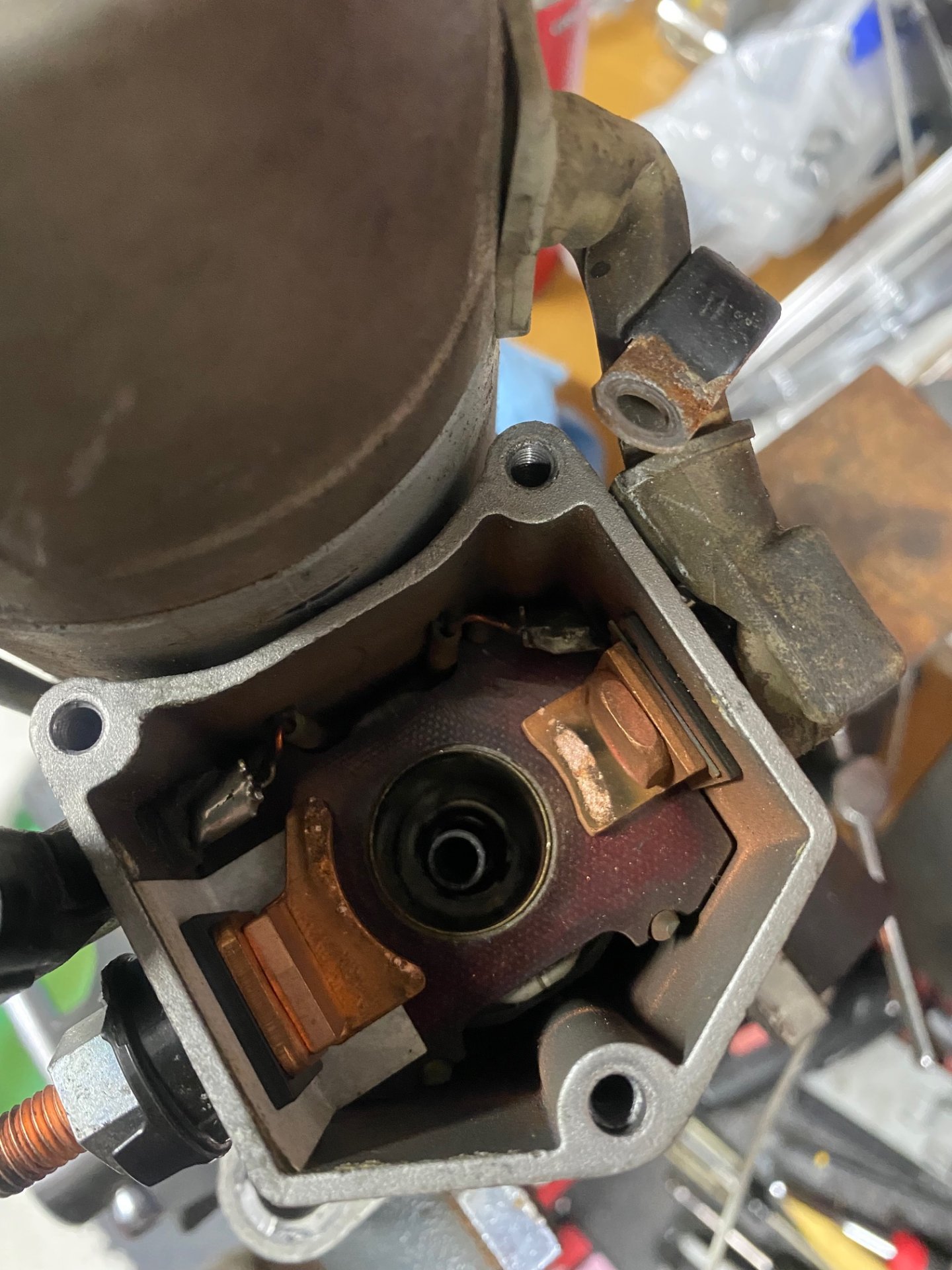 Location
Depends on what time of year.