So I just put together a DIY PowerTank with stuff off Amazon for a little over $200. Should be all that I need, aside from the actual CO2.

I had intended to put it on my roof rack with Quick Fist Super mounts, but I'm starting to get a bit nervous about whether it's sturdy enough for that much weight, and I also don't love the idea of it being up so high or exposed to the Texas sun all the time. I'd also have to take the Quick Fists completely off the rack when it wasn't in use so they don't just dangle up there. I searched the forums and saw some ways that people had handled this in the past, but most of those involved welding things, and (1) I don't have the skill for that, (2) I don't want to spend the money for someone else to do it, and (3) I want this to be reversible if I decide to throw the third row back in at some point, or god forbid someday sell the rig.

New idea is to build my own basic, temporary mount for it on the third row seat bracket. I've drawn out how I think this could work... My first thought was to simply ratchet strap it to the bracket and let it sit against the side wall of the rig. But on a test fitting (simply setting it on top of the bracket, that is), the diameter of the tank is big enough that I think any hard jostling would just make it swing around the bracket and into the cargo area - need more than one fixed point to strap around to avoid that, which isn't available there, as far as I can tell. So I wanted something that would brace it and keep it on TOP of the bracket, rather than dangling off the side.

With that in mind, I drew up the below. I'd make this out of wood, and the idea would be to lay the can horizontally on this block, with a support piece underneath that would brace it against the drop-down tab on the bracket to keep the whole thing from spinning about the axis of the bracket (that's the triangular piece visible in the "end" drawing - though now that I think about it, it could just be a normal block, no need for a triangle except to take up less room). From there, I just run two ratchet straps through slits in the main wood piece and around the bracket underneath

This seems like it should be pretty stable to me. I'm not that worried about front to back movement once it is strapped down, the support piece against the drop-down tab of the bracket should prevent it from spinning, and I don't think there's any crazy stresses anywhere. But I am most definitely NOT an engineer, so I wanted to get some thoughts from the people on here who have more experience with this stuff. Hopefully I've drawn this clearly enough to give a good idea of what I'm trying to achieve... 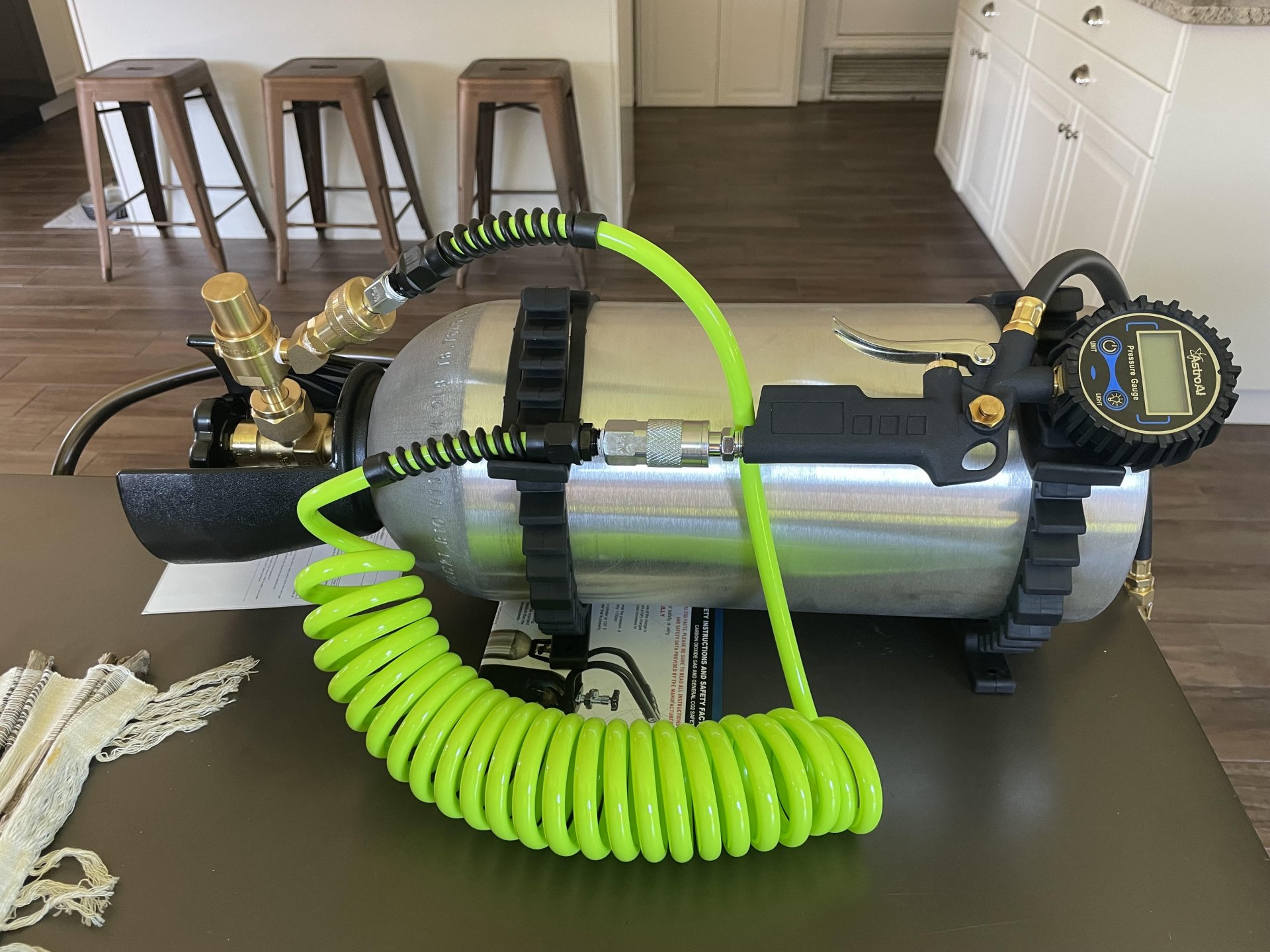 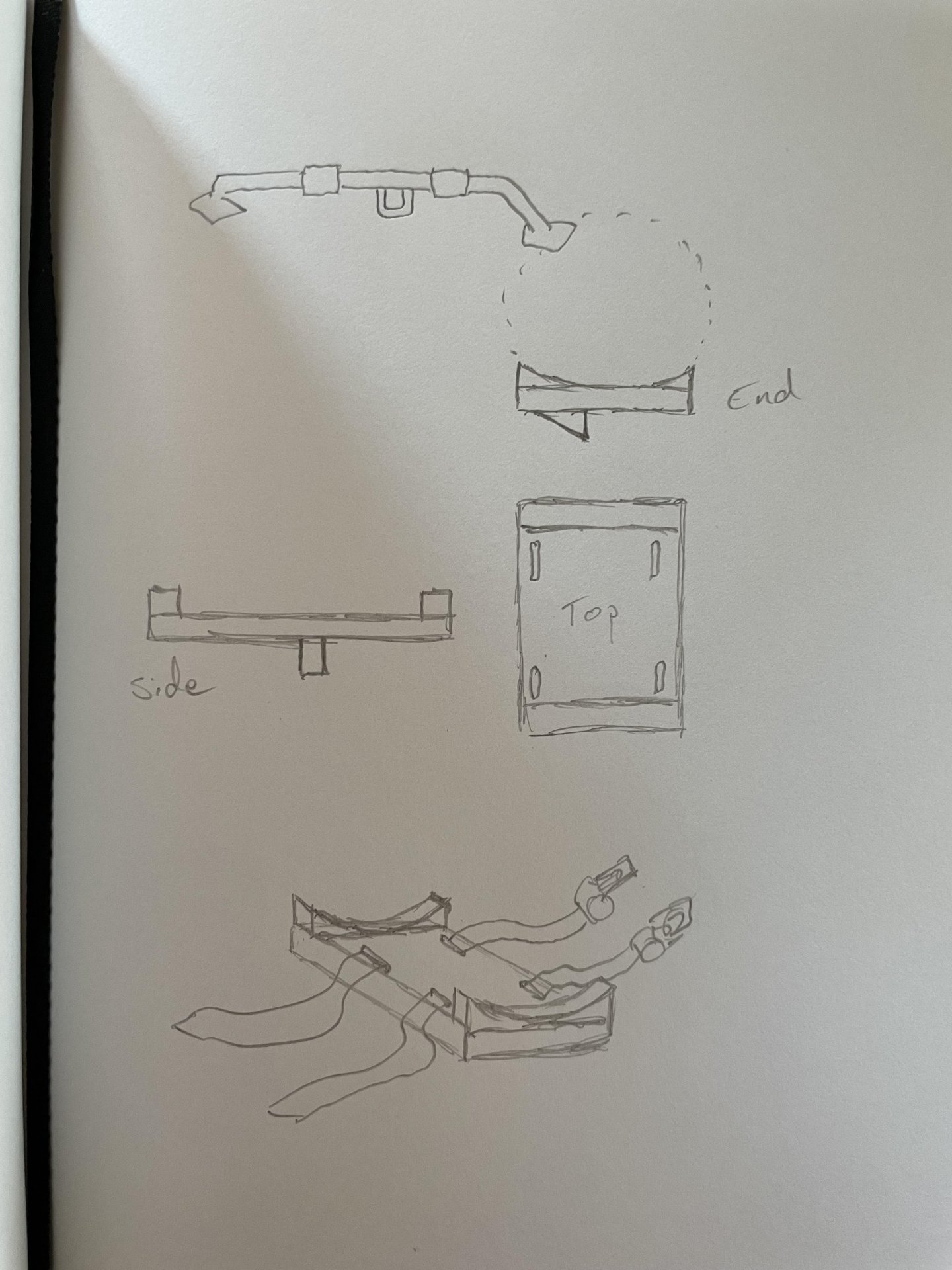 Remove the bracket and bolt directly to the body. I think that gives you four bolt holes.

gummycarbs said:
Remove the bracket and bolt directly to the body. I think that gives you four bolt holes.
Click to expand...


Bolt… what to the body? The bracket attaches at like 6 bolt holes, but if I remove it then there’s no bracket… so nothing to attach the cylinder to.

I really don't mean to be rude, but it appears that this is a PowerTank using a name brand PowerTank mount of some sort, and that's... not really what I'm asking here. I'm trying to do a cheap and effective, easily removable approach, and to get input on the specific idea that I posted. Don't get me wrong, yours looks great and I admire the flex, but it isn't super helpful to the question asked.

Actually the provided bracket wouldn’t work in my application so most of it was fabricated from scratch but I’ll delete my post.

Gun Runner 5 said:
Actually the provided bracket wouldn’t work in my application so most of it was fabricated from scratch but I’ll delete my post.
Click to expand...

My bad! I saw the Powertank logo on the strap and made an assumption. If you fabricated that from scratch then I am duly impressed!

I don’t have those skills or tools, so still looking for input on my sketched solution, but thanks for chiming in, and no need to delete anything, others might want to see your solution some day down the road!

NewbieMcNewster said:
Bolt… what to the body? The bracket attaches at like 6 bolt holes, but if I remove it then there’s no bracket… so nothing to attach the cylinder to.
Click to expand...

Geeze, build your attachment contraption to fit the bolt holes rather than trying to clamp to the existing bracket.

gummycarbs said:
Geeze, build your attachment contraption to fit the bolt holes rather than trying to clamp to the existing bracket.
Click to expand...

Fair enough, but I can’t weld and don’t want to pay someone to customize a bracket for me that can just bolt in.

Where do you live? There might be a MUD member close by that knows how to weld that will trade skills for scotch, or beer or ammo, or other useful things.

I’ve found extruded aluminum is handy for those who lack welders or friends with welding stuff. Lightweight, easy to work with, can be cut to length or drilled with woodworking tools (ie a chop saw) lots of bracketry available, and the lengths you want for this project are commonly available on Amazon.

Personally, if you are worried about Texas heat on the roof rack, Texas heat inside the car is equally bad, and will less airflow. Are you still carrying a spare tire in the stock location? I’d rather have a tire inside, and a pressurized bottle under the truck, than vice versa. Lots of space down there without the tire. And then you can just drill through the floor, and use rubber washers, or silicon to seal it.

Rusty Marlin said:
Where do you live? There might be a MUD member close by that knows how to weld that will trade skills for scotch, or beer or ammo, or other useful things.
Click to expand...

North Dallas (Coppell), if anyone’s interested. It didn’t seem from the various threads on CO2 mounts that there was a generally agreed upon good way of doing this in metal. But if someone wants to engineer this in metal with me for less than $50, I guess I’m game to try…
You must log in or register to reply here.

M
Please help! Run out of ideas for strange loss of power
2