The power steering lines on my HZJ80R are rotted. They're the original lines from 1996, and I've got multiple slow leaks on the low pressure side, and weeping on the high pressure side. They've been on my list to replace for awhile, but they're a bit expensive. The lines are sold as a complete set, and they snake from the left side of the engine, along the frame behind the radiator, and back over to the steering box on the right side. They look like this: 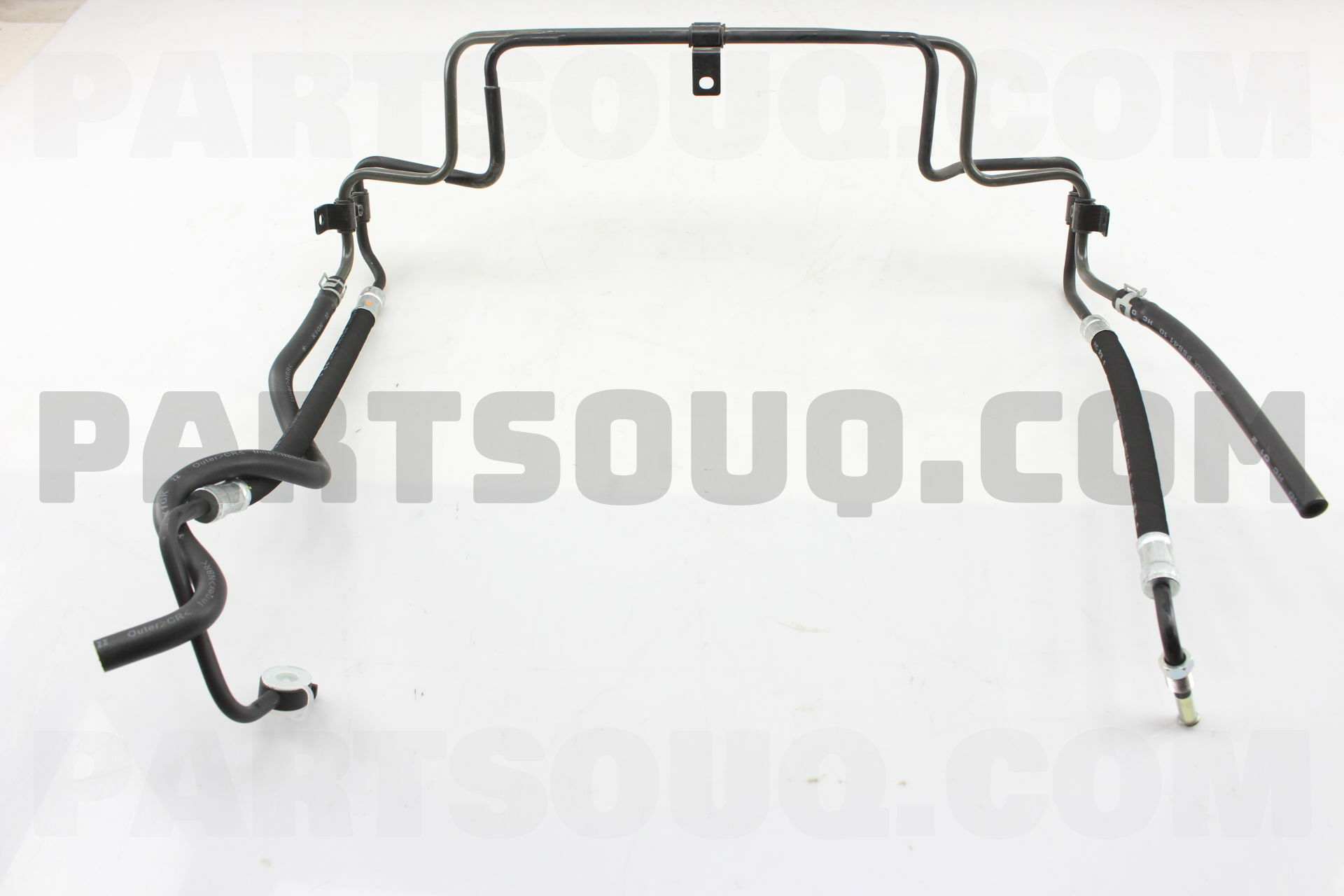 Part number 44410-60210. Around $370AUD from Partsouq, with a hefty shipping cost. I can live with that, needs to be done. So I go to order, and it turns out, this part just went NLA in the last month or so. Confirmed with my local Toyota parts counter. He's dead Jim. Out of production, and no stock left anywhere that I could find.

So, what are my options? I checked the parts catalog, and there's only one part number listed for the complete assembly, which is now gone. Individual bits aren't listed in the catalog, just a number for the complete assembly. I checked all other part numbers for the same assembly for all other models of 80 series. Nothing is compatible, being either for LHD vehicles, different engines with different fittings, or the progressive power steering system, which has a different fitting on the high pressure line, as you can see here: Toyota 44410-60370 (4441060370) TUBE ASSY, PRESSURE FEED - https://www.amayama.com/en/part/toyota/4441060370

So that won't work. There's nothing else in the catalog for an 80 series that will work. So I looked at aftermarket options. There's got to be something out there right? There are a few actually. Here's one: 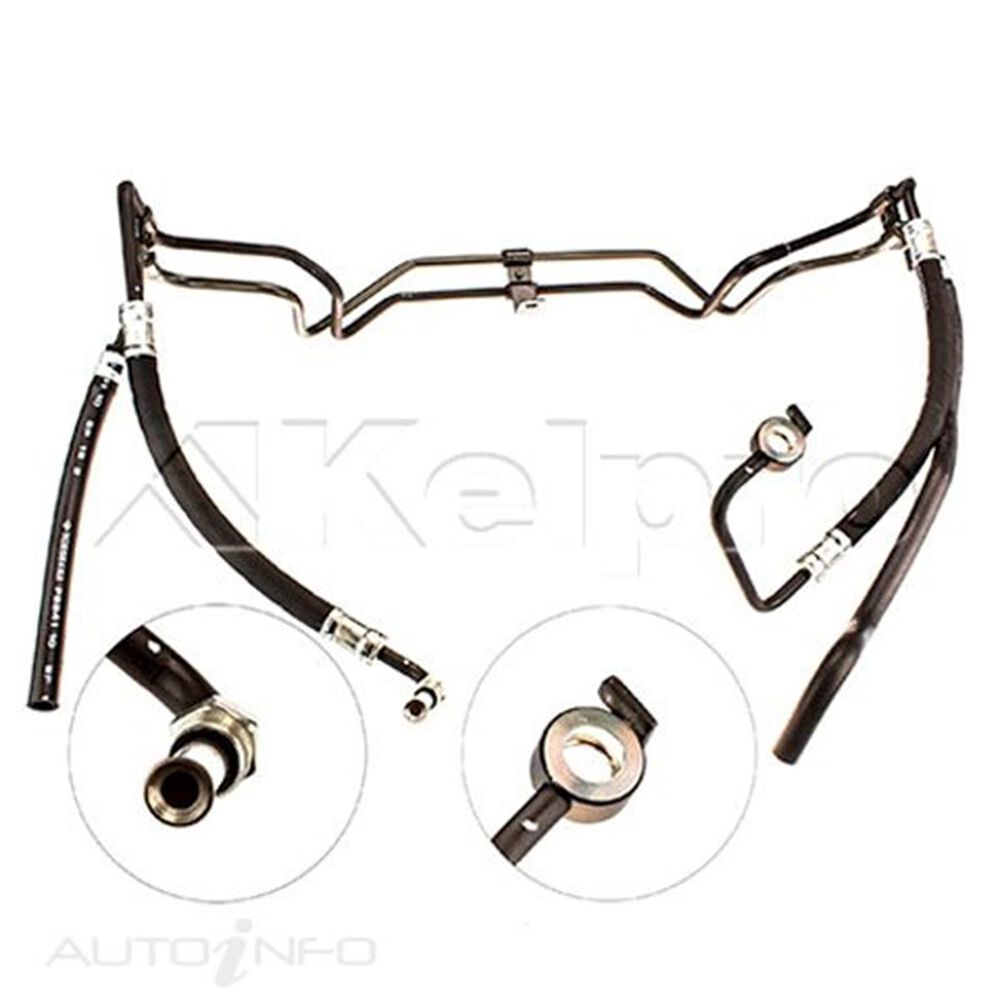 www.supercheapauto.com.au
$1200AUD? That seems.... excessive. All the other aftermarket options are around the same price. No thanks, for that price I'm pretty sure I could get myself a professional high pressure line crimping machine and do it myself. Which is what I looked into next. I found crimping tools I could source for around $350AUD, but after going down this line a bit, I considered the pressure involved in the high pressure line, and whether I trusted some crimps and a tool I sourced on ebay, done by me as a first project, with no experience working with high pressure lines, to stand up for the next decade, and thought better of it.

I then took a look at another angle. The HZJ105 is pretty similar right? Hit up the parts catalog, and it's 44410-60460 for the line assy, and it's still available. But will it fit? It's not listed as a substitute in the parts catalog, but I know from experience that doesn't mean it won't work, it just means it hasn't been "blessed" as an official drop-in replacement. Partsouq is showing no stock right now, but $400AUD when back in is something I can do, and I confirmed with my Toyota parts dealer it's not NLA, or on the way out apparently. But again, does it fit? $400 is still a lot of change to drop on something without knowing it'll work. Let's take a look at some pictures: 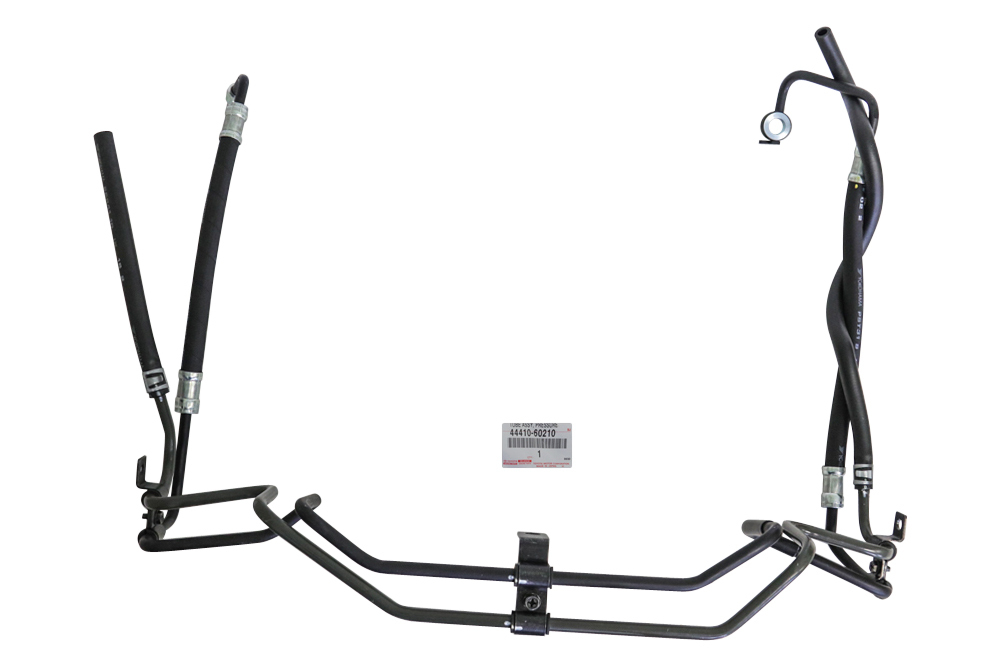 
So there are some differences I'm seeing, but maybe it'll bolt in without issues? The fittings appear to match. The hose lengths seem like they'll work. There's an extra crimp on the high pressure line for a mounting bracket the 80 doesn't have, but that shouldn't cause issues. It looks like the high pressure fitting end with the screw end might have a longer length of pipe by a few cm, but given it's on a flexible hose I think it should still be able to work. It's hard to make out the bends in the pipes that run along the front, but it might just bolt up? Does anyone here know of differences in the front end of the 105 series vs the 80 series that might affect routing on these hoses?

What do you guys think? Interested in a second take on all this, and any opinions of what you'd do in this situation.

Have you checked with your local hydraulic repair shop? My local shop can salvage the hard parts and crimp on new rubber for pretty inexpensive. Way less than the cost of a new hose set from toyota.
1997 FJZ80

Recently ran into this on our classic Audi. Price for replacement high pressure fuel lines was outrageous. Ran across a thread where someone in the same situation had bravely cut off the large metal crimps you see on the rubber lines, and found the metal lines underneath were properly flared for use of a quality clamp and fuel rated hose. So I did the same - simply used $30 worth of quality line to replace both lines. Perhaps someone with a parts car can cut one off and you may find the exact scenario here on these lines. I was delighted and laughed as I saved over $450 and the job took 20 minutes. Still laughing....
Buy Head Gasket DVD for you OR for your mechanic HERE

Remove the parts and take to a hydraulic shop. They have the gear and expertise to do this work.

2010 4 Runner Limited
You must log in or register to reply here.

Power steering high pressure hose just the start of my troubles? How deep to go