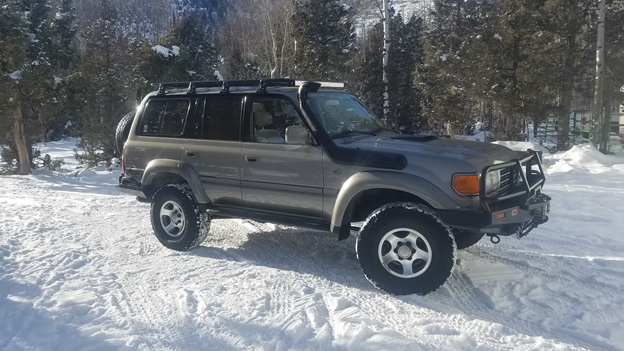 I purchased this vehicle from the original owner in 2009 from Orange county California. The original owner purchased the car new from Fullerton Toyota in California and has remained in California until I moved to Utah in 2016. I still have the original Sales receipt. Rust FREE. In 2014 I converted the FZJ80 Landcruiser to a Diesel HZJ 80 Turbo. The 1hz diesel came out of a 2006 Toyota truck. The Engine was in the truck for only 3 years before it was pulled. Very low hours motor, mileage is unknown. The transmission is a Toyota A442F transmission fully hydraulic. The transmission was imported from Japan. This Landcruiser still has the original factory windshield. All other components to complete the conversion are all NEW Toyota factory parts ordered and imported from Japan, UAE, and Canada. This is as close as a factory HZJ-80 turbo as it can be. Frankly every rubber bushing, bearing, u joint and seal has been replaced with Toyota OEM parts. With the only exception being the front and rear differentials still being original. Most components that have been replaced have been for preventative maintenance not due to failure. All original Body and Frame paint, axles and drivelines have been touched up from time to time from rock chips etc.. I have put 40K miles on the Landcruiser since the conversion. Factory electronic E lockers. Being a 40th anniversary edition that came from the factory with lockers that makes this rare, one of 1604 imported to the US. This has been my 9 year project, regardless to say I don’t want to sell it but by family keeps growing and will no longer fit with camping gear. So I am going to build a bigger truck that can fit the family and gear. Clean title, no accidents. 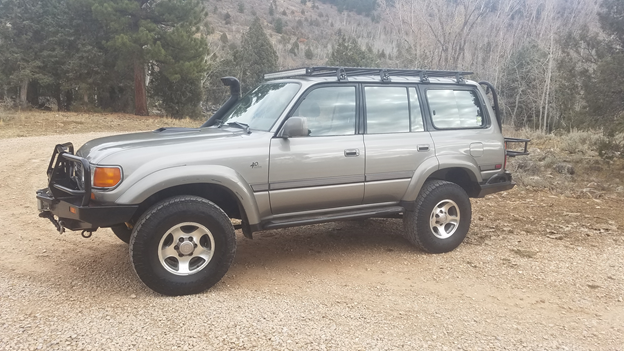 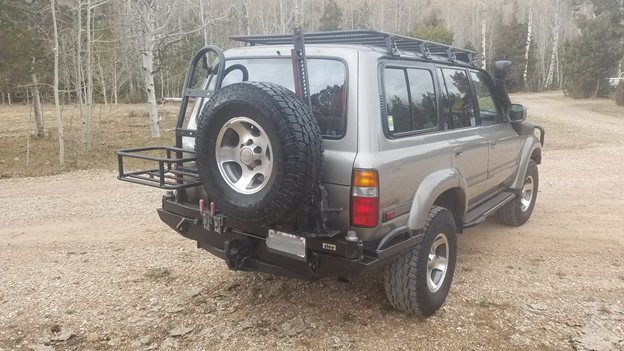 Conversion parts
There are too may parts to list! All of them were ordered new from Toyota I have some binders full of the schematics and conversion parts purchased.


Imperfections.
Clear coat on center of hood by hood scoop is starting to fade and on center by sun roof.
Dent next to on rear passenger side brake light, painted dent to prevent rusting , no body fill used. Done by original owner.
Front Drivers side fender flare has some scratches on paint, can be easily repaired and fender molding is broken. can be replace with new green factory molding still available from Toyota. Done by original owner.
Back seat door actuators are getting lazy and could be replace. Parts available from Toyota
Drivers side visor is a little beat up, cosmetics, but functions great.
Drivers side door window seal molding is pealing up. Can be easily replaced still available from Toyota.
Other than those few items its in amazing condition for a 21 year old car.
Last edited: Feb 23, 2019

I Forgot to add an Engine Picture on my original post. 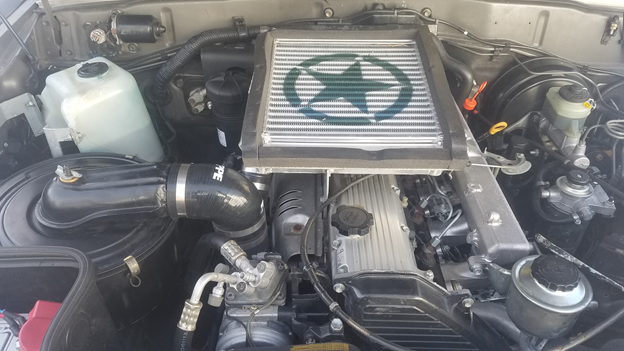 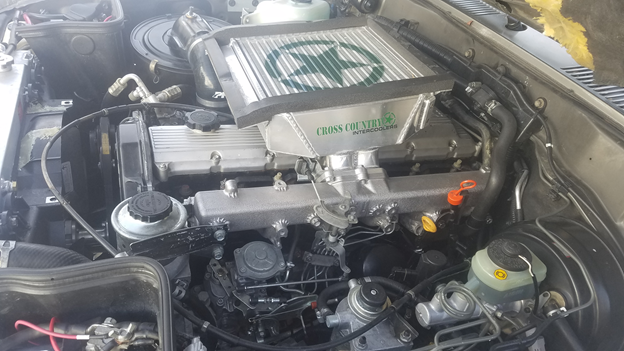 Who did this diesel conversion??? I am interested in this rig..

All the pictures are on the drop box link on the original post. Click on the link there are tons of photos there. Conversion was professionally done by me

I'm interested but your inbox is full. Some questions. Total mileage? Miles on engine and trans each? Undercarriage photos?

Just cleaned out my conversations box, sorry didn't know I had a limit.

Total milage on the cluster is 250k. This is mostly irrelevant since everything on the drive train has been replaced. The only componants that have that wear would be the front and rear pumpkins. I have put roughly 40k on the truck since the conversion. Thanks

Thanks. I see the undercarriage pics now too. I was looking on my phone before, doing that sucks. I'll send a PM.

Bump for a sweet Reg
J

This thing is beautiful, great rig.

Looks very nice. What kind of power does it put out with the turbo setup?

Nice work, congrats to whoever buys this rig.

I have the turbo/ fuel screw set pretty conservatively. It could definitely be turned up for big power gains. Power I would say with the current setting is similar what it was with the stock engine maybe less... being diesel the throttle response is different than a gas engine ect..

Bump for a nice rig
D

Honestly I have never timed it from 0 to 60. I will take it out in the next few days after this snow storm blows over and see where it is at. I do know that it's a land cruiser and not going to win any races but its built like a tank to be very reliable and take a beating with out breaking. Also I'm at 7500 feet probably be a different story at sea level...

I'll get back to you about the CO DMV stuff!
You must log in or register to reply here.