Besides the fuel pump, which could block off with OE plate, what else do we see wrong? 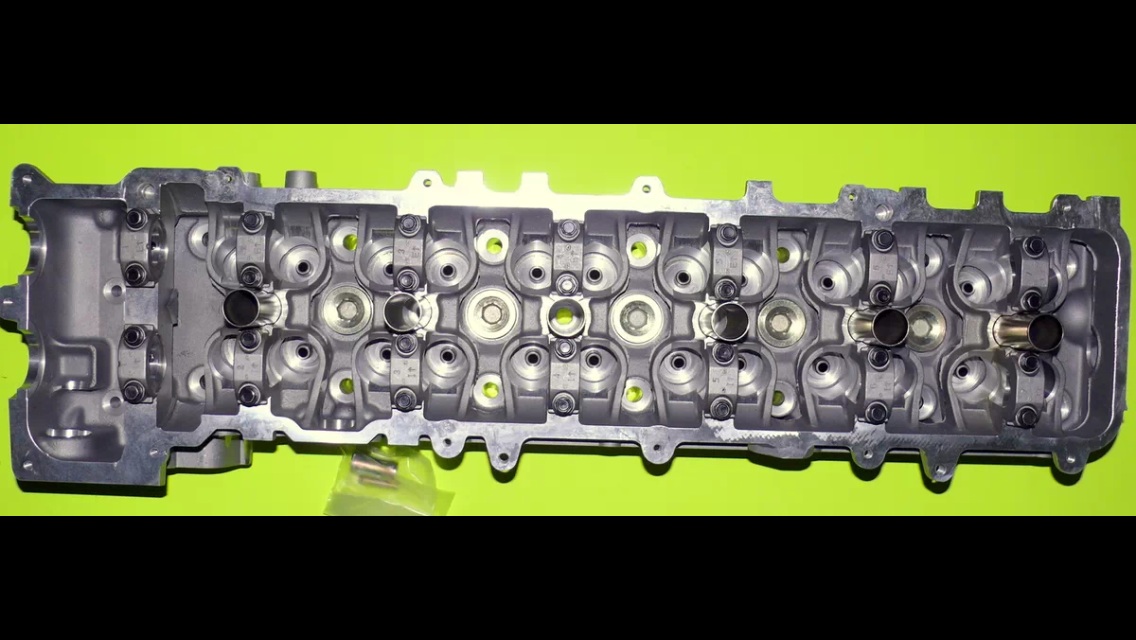 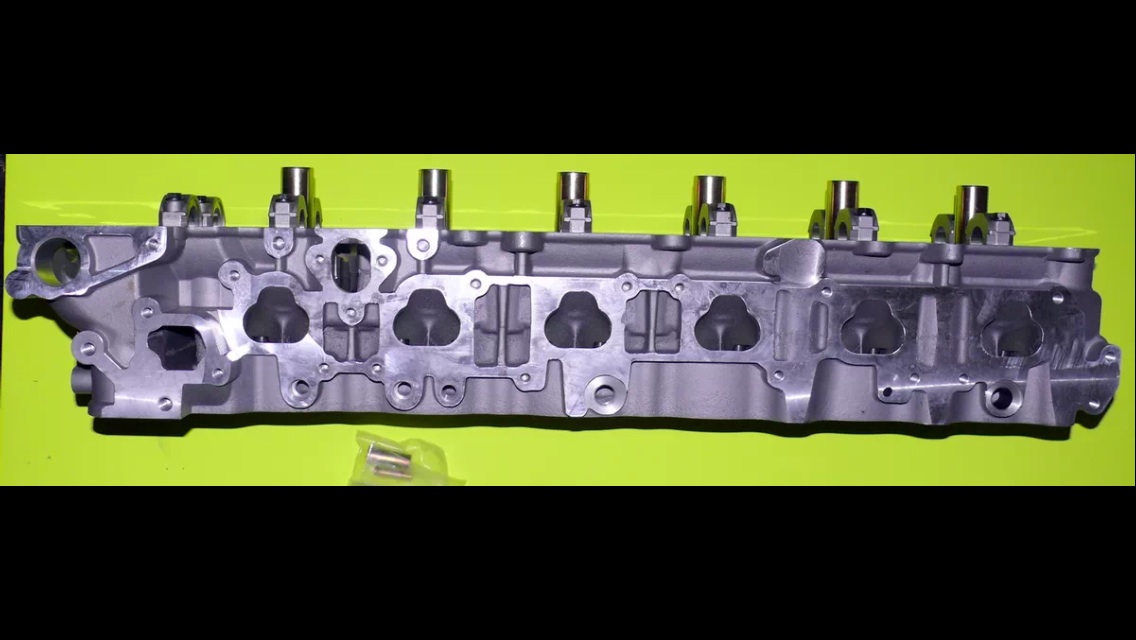 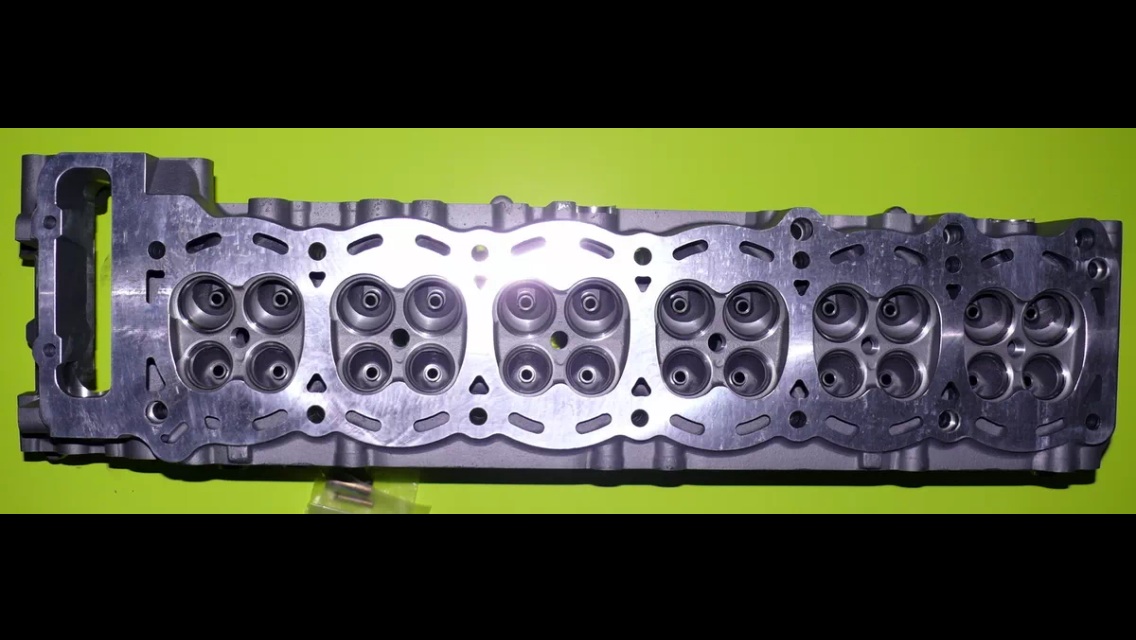 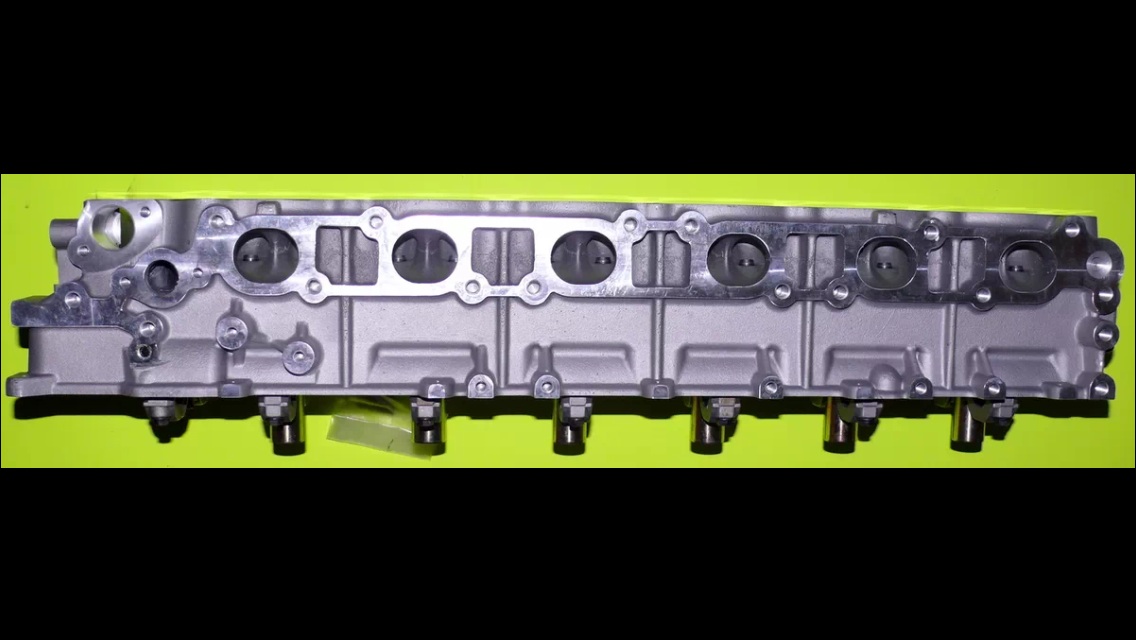 Well, the valves are missing. That's going to hurt your compression numbers. Other than that it looks pretty good, did you have the manifold mating surfaces machined flat ?

I don't own, but have contemplated acquiring for many months.

A new head....albeit, specifically for a industrial application and why trying to determine viability as it's 1/3 the expense of new.

I don't see anything wrong with it and it's an interesting alternative....

I know these motors were used in forklifts etc...

I would imagine that all the valves, lifters, and cams would be interchangeable...
K

Is that a coolant port between #1 and #2 cylinders on the left side?

Yeah check the valve sizes, 38mm for Intake, 32mm for exhaust. 7mm for valve guides. The combustion chambers look really clean, is that a Toyota casting? Almost looks like they have already been cleaned up.

Kernal said:
Is that a coolant port between #1 and #2 cylinders on the left side?
Click to expand...


scottryana said:
Yeah check the valve sizes, 38mm for Intake, 32mm for exhaust. 7mm for valve guides. The combustion chambers look really clean, is that a Toyota casting? Almost looks like they have already been cleaned up.
Click to expand...


Said to be, also said to be 80/450 and they'll configure block offs accordingly.


95ToyCruiser said:
He said its for a mechanical fuel pump (assuming for a carbed industrial motor)
Click to expand...


Robbie brought up the bowl size when I asked him about many months ago.

Anyone know if it'd be any different between non-US and US 1Fzs, 'cause the heads are listed as the same part for both EFI and carb'd?

Nice to see you back in the forum where you belong... you got a P/N? I can try a couple checks to see if there are any variations.

Process of elimination narrows to only two variations possible, differentiated by production years.

We know there were variations in 2F/3F heads, based on market destination, the lower octane specifically receiving non-hardened valve seats and lesser compression ratios, which is what begs the question, here.

They kinda have a "we'll make it work for you" verbiage, but have heard before, and it is not "the same head".

Thanks, I'll see what I can find.

That is a "major" change part number difference, but I can check interchangeability.
also the -69*** is usually an indication of a service part or something like that. The original P/N would have been -60***.
I'll try to find an answer tonight, kind of a busy day at work today.

If money were no object, I'd say buy it and if it doesn't work, hang it on the wall. That thing is pretty.

Out of curiosity, I don't see any casting marks to indicate production date or anything like that. Toyota usually will put their logo(the トヨタ logo or the sombrero) as well as there would be a stamped date. This is to indicate "Original Parts" I could be wrong about this part, but I believe @beno even shows it in his avatar picture...
Last edited: Oct 20, 2014

It has no casting marks of merit, as I'd asked months ago when first perusing and presenting, with similar questions, to Onur, Robbie, and others.

I don't know what that means. Other parts that I've purchased that were OE but repackaged have had casting ground off, which may be the case here, OR it may not have ever been stamped since industrial (which was lister's statement).

Odd scenario, all the way around, but if viable, it'd be a shiny metal crown, versus rebuilt core, the core I'll need anyway.

Cores are readily available for a couple of hundred, essentially the same thing as the new industrial head (well, what we're trying to determine) except this is shiny, hasn't seen a heat cycle, and as far as I can tell, would not require EGR/rear heater deletes. (The latter, I'm uncertain I want deleted.)

I have issues, I know, and against the advice of those with vast experience, rooted in many years of hands on dealings, I can't help but think a new hunk of metal is mo' betta than an old.

At this price point, I appease both those directives, and my own insensibilities.....but do not want to reinvent the wheel, common for most my out of the box endeavors.

Have two trains of thought going, both illogical, but a devil on one shoulder wants to see this built 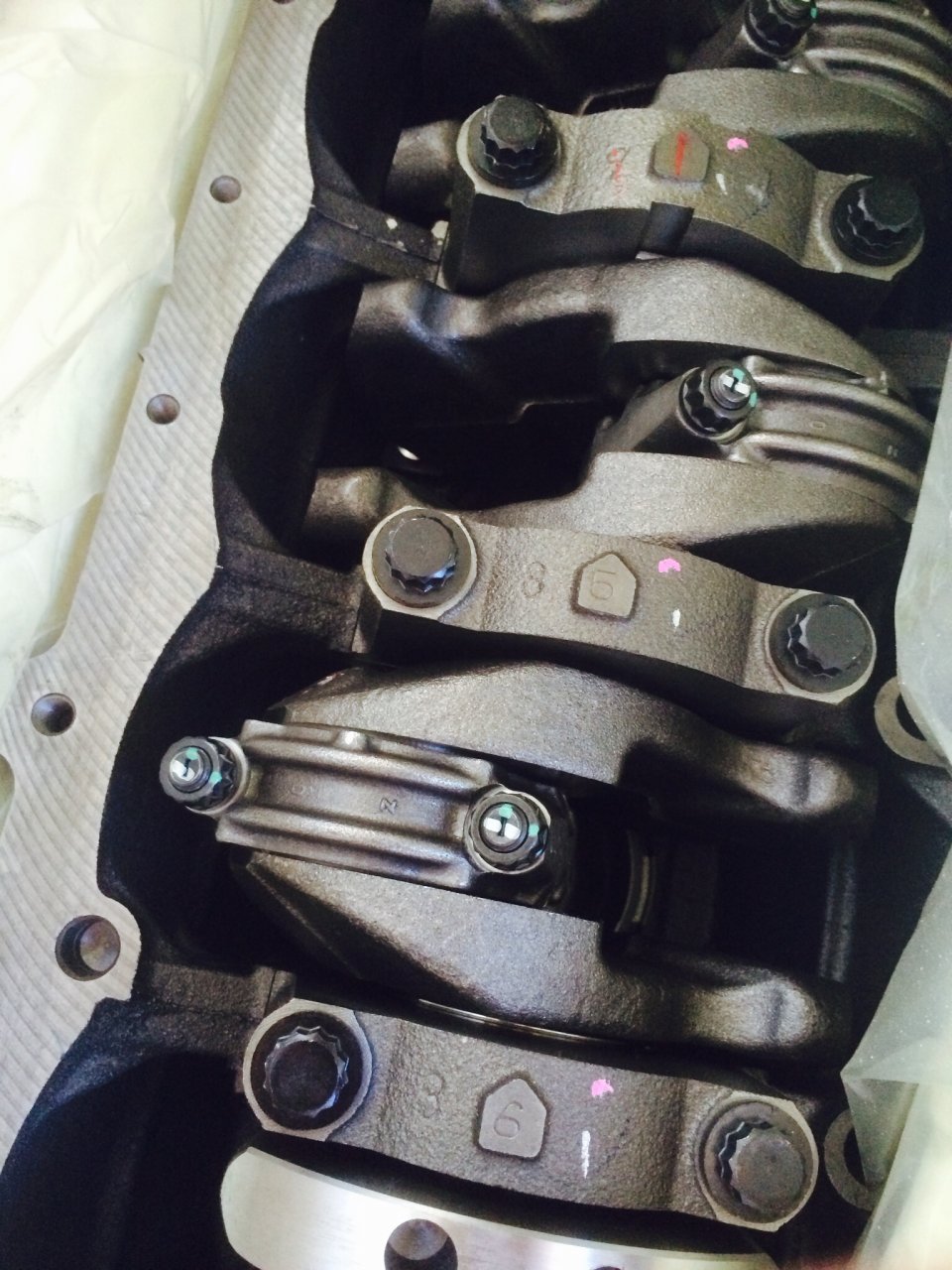 The other shoulder wants to see the OS pistons utilized.

Either would be deserving of good head......

Those castings went away many years ago. Heads and the like don't have them anymore. At least for the parts we now get.

Notice on the head picks above Chris there are no holes for the EGR valve on the PS of the head. Also, there is no hole for the exhaust manifold where the EGR gases would recirc.

This indicates the head is either NON-US carby application or other some such.

The block off plate and gasket are available in this market--meaning they are universal application across different engines.


Is an assembly part number even valid?

Not offered as more than a bare head, I don't think, but the resource also does a 1FZ assembly that'd not offered either.


beno said:
Notice on the head picks above Chris there are no holes for the EGR valve on the PS of the head.
Click to expand...


beno said:
Also, there is no hole for the exhaust manifold where the EGR gases would recirc.
Click to expand...


beno said:
This indicates the head is either NON-US carby application or other some such.
Click to expand...


Best I can ascertain, non-US appears to be cable of either carb or FE, using block offs for fuel pump, pre DI.


beno said:
The block off plate and gasket are available in this market--meaning they are universal application across different engines.
Click to expand...

I don't know Chris maybe it is just me seeing what I want to see but those combustion chambers look almost too good to be true. I mean they look like they are cleaned up enough to reflect light, that is usually several hundred dollars worth of porting and polishing.

The fact that as Beno said Toyota has block off plates for EGR makes me think they would just sell one head and if you didn't need EGR you would get the block off plates.

I think you're going to have to be the guinea pig on this one. My gut is telling me it is not a Toyota part. But that doesn't mean it is bad, if the tolerances are still ok.

IMO, if it don't come from Toyota, it ain't going on my truck -- especially for something as important and expensive as a head assy.

Dunno why this horse is being beaten.....everyone I'm dealing with knows I'm friggin' nuts, so not like I'm gonna gain ground by finding an economical "new" head, as the suggestion that a core is just as good resounds.

It'd sure be nice to know of the stainless headers fit the 1FZ-FEs straight across the line up, too, but how would one ever tell?

They're proud of used in Oz, too proud to guinea pig, which surprised me, considering the aftermarket headers there.
You must log in or register to reply here.

Help with a temp problem