While under the hood yesterday, I got curious about my battery and tried to figure out how old it is. Rubbing the dirt from the label where the month and year of when the battery was sold are supposed to be marked, I found nothing marked. 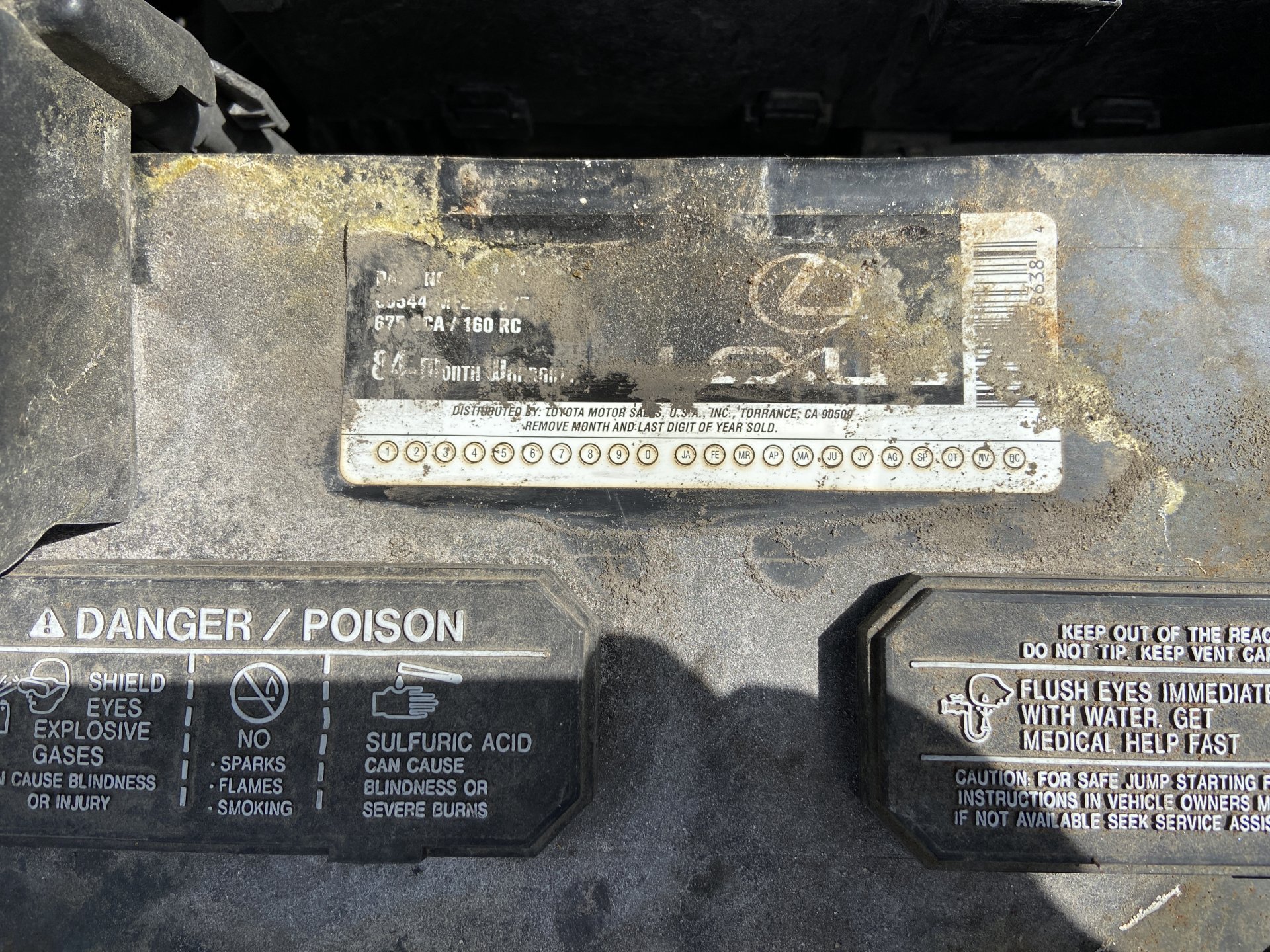 I looked at the Lexus service records on the Lexus site and in 2017 there is a comment about "Please replace battery" but I can't tell if that is the service rep saying it needs to be replaced or the customer asking that it be done:

Further back, in 2014, it looks like the battery was replaced:

Is it relatively safe to assume the battery that's in my truck is the one replaced in 2014 and was not replaced again in 2017? Curious why they asked it to be replaced and it's lasted another 2.5 years.
Last edited: May 8, 2020

Just have it tested with a high quality battery tester (not an old school load tester) and it’ll tell you all you need to know. Batteries are fickle creatures and there are less absolutes than you might think.

I replace my car battery every two years, no matter what.

But yeah, there’s a reasonable bet it was replaced. I’d find it hard to believe it is still cranking at 6 years old. Maybe, but not likely.

It's very likely it got replaced in 2017. The first signs of a battery going south are usually indicative of a quick death thereafter. Almost no chance it's lasted 3 more years without issue.

No reason to worry about it unless you suspect there's starting or reserve issues. Batteries usually give signs of failure in mid-fall and early winter, just as temperatures plummet (chemical reactions slow down). Or they don't have enough reserve to be parked for more than a few weeks.

I keep a lithium jump starter in my car just as many use to keep jumping cables. To help myself or others. Or when I'm dumb having left things on for extended periods when camping.

I find my car batteries to last between 5-7 years with the mild climate in San Diego.
You must log in or register to reply here.

Yesterday at 9:59 AM
silber325
S
F
How does the OEM Weather map update, and How often?