How I almost caught my 80 on fire today

I get in and go to start my Land Cruiser a couple hours ago, but ended up running for a fire extinguisher instead.

My 80 takes a few seconds to start usually, but this time was slower than usual and was cranking for about 8-10 seconds when I see white smoke to my right and smell burning wire.

Behind the passenger kick panel ( just inside the door, to the right of where their right foot would be) is this set of wires grounded to the body, one of the wires had completely melted, I’m the one that cut it though. 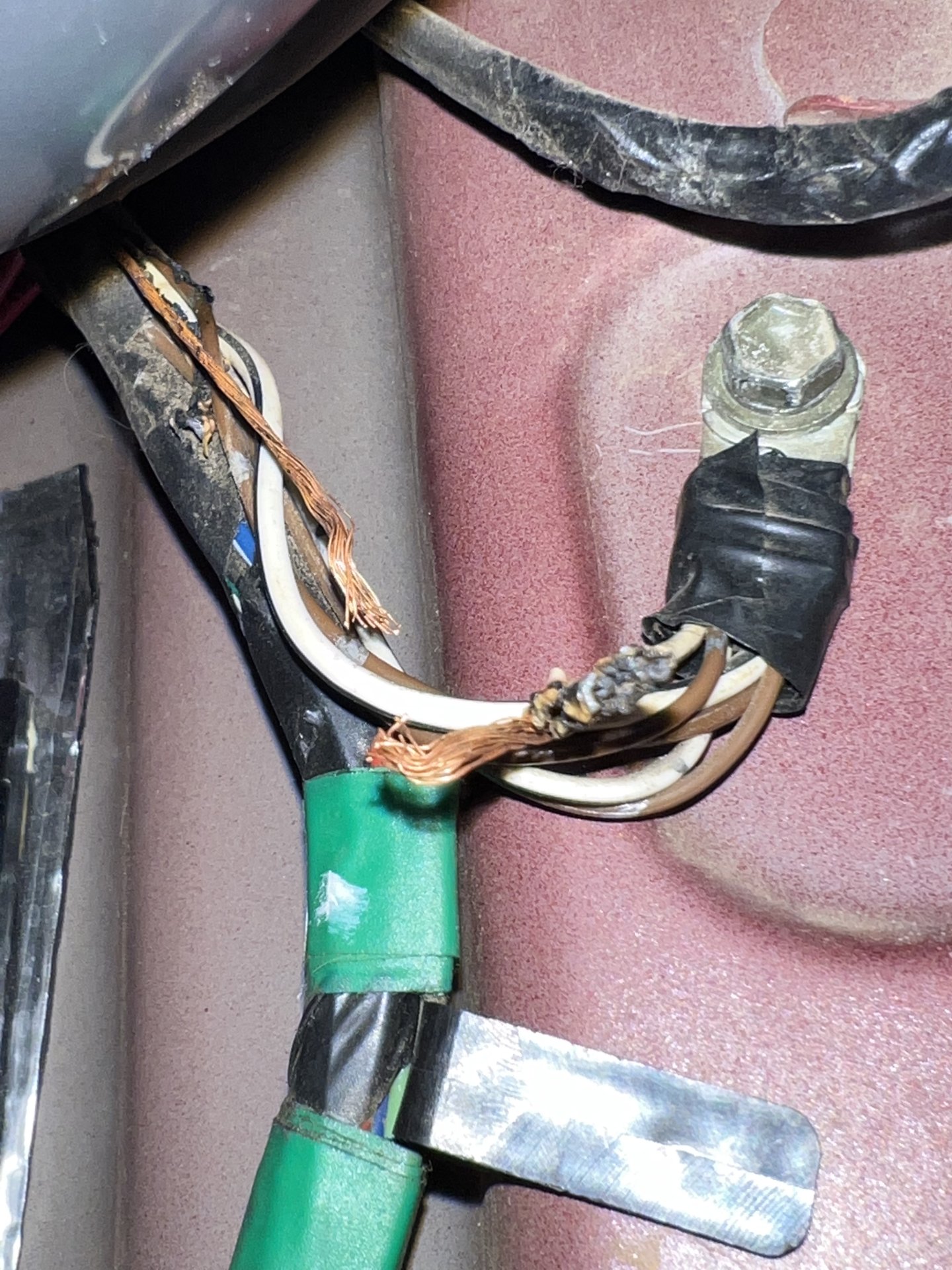 Based on the electrical tape I’m guessing this is another of my previous owner’s bright electrical ideas. (I’ve pulled literally POUNDS of wiring out of this thing, an inverter that was attached to a WOODEN board in the rear wheel well space, and dozens of other half-a**ed jerry-rigged electrical oddities. But I digress…)

First I disconnected the ground and taped it off, figuring I’d pull the cruiser into the garage to work on it. But when I went to start it up again, it clicked like the battery was dead. Battery showed 12.8v on the multimeter, but I hooked it up to my Camry to jump anyways. Same thing. Hear the starter solenoid engage and then a rapid clicking like an almost dead battery. At this point I’m quite annoyed as I know I’m not going off roading tonight.

I figure I’ll reconnect the problem ground and see if it cranks. It does, but the (now basically bare) wire got extremely hot again. I have the burn on my finger to prove it…

The next idea was to cut the problem wire and see if it cranks. Nope. Same rapid clicking.

My idea at this point is that it’s probably part of an aftermarket remote start/alarm. The keys I got with it originally had a Viper key fob. I know nothing about these but I recall seeing some threads about others having problems related to those systems. So I looked up under the dash with a boroscope to see if I could find anything that might suggest a remote starter. 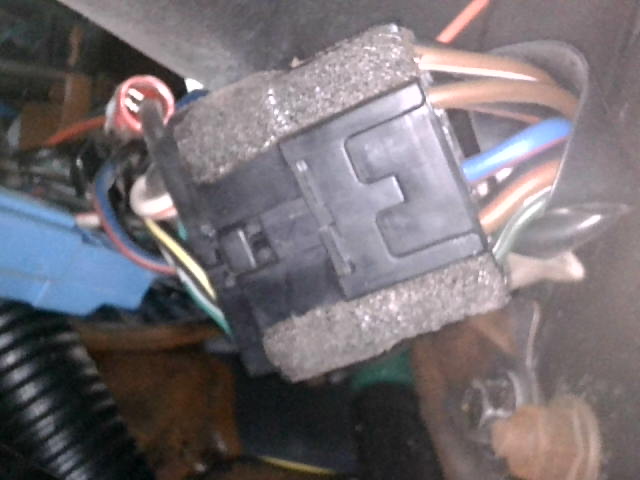 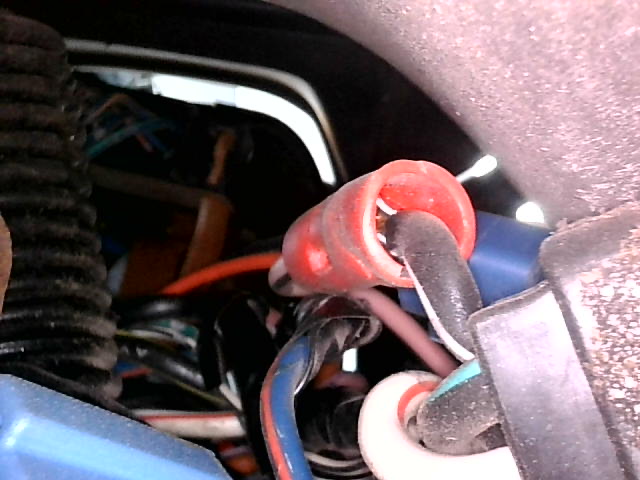 I found these to the right of the steering wheel near the ignition cylinder. The red butt connector looks hand crimped and not factory. And the black box it connects to looks out of place. Would these be part of the viper system?

I guess my first question is am I correct in that those wires on the passenger side shouldn’t be there? Or are they some part of the factory starting system?

Second. If there is an aftermarket alarm/remote start, can it be bypassed easily? Or would I need to take the dash out to remove it all?
R

Sounds like there is an inline isolator for the starter circuit linked to an alarm system of sorts, probably related to the Viper FOB you referred to.

If the case Id be restoring the circuit back to standard.

The ground wiring in the passenger foot well looks normal.

First I'd check the negative battery cable and make sure that it's securely connected to the engine block. If that's compromised in any way, the starter may be trying to find a ground through the body wiring.

"We resolved at the outset to take the days and the roads as they came, not looking for luxury and well satisfied with simplicity. It is surprising how one is fortified for the vicissitudes of the road [trail] with such a deliberate attitude of mind." - Across the Continent by the Lincoln Highway - Effey Price Gladding, 1914

LandLocked93 said:
FFS what is on the other end of the melted and bare wire?!
And do you see anything unusual along the way?
Click to expand...


I haven’t touched much yet as I didn’t really know where to start, but based on the post above saying that the wiring looks like it should be there, I’ll have to dig back in back there and find out.

First I'd check the negative battery cable and make sure that it's securely connected to the engine block. If that's compromised in any way, the starter may be trying to find a ground through the body wiring.

Yes, there's some type of alarm-thingy in there, you can access that area by dropping the lower half of the dash and removing the metal panel behind it. And I think also a piece of the A/C duct.
Click to expand...


I’ll go through and check/clean all the grounds. I guess the more confusing part was why THAT wire was determining whether the engine would crank or not.
Thanks for the suggestions

Finally dug into it, yeah it took me a while. Cleaned all the grounds. The battery to engine ground was fairly dirty and the coil(?) to engine ground was loose, the one that comes up and attaches between the front two spark plugs. Also replaced the fusible links as they were pretty worn.

Still no idea what the wire that burnt up goes to, doesn’t seem like there’s anything not working at the moment… haven’t gotten to it yet but before I drive anywhere I still need to trace and pull that wire as basically all the insulation burnt off of it as far as I can see and I’m sure further.
You must log in or register to reply here.

Yesterday at 9:35 AM
Marco Lau

SOLVED (I are dum): Dip stick low but oil almost up to the fill cap?
2