likely place to inspect for sure 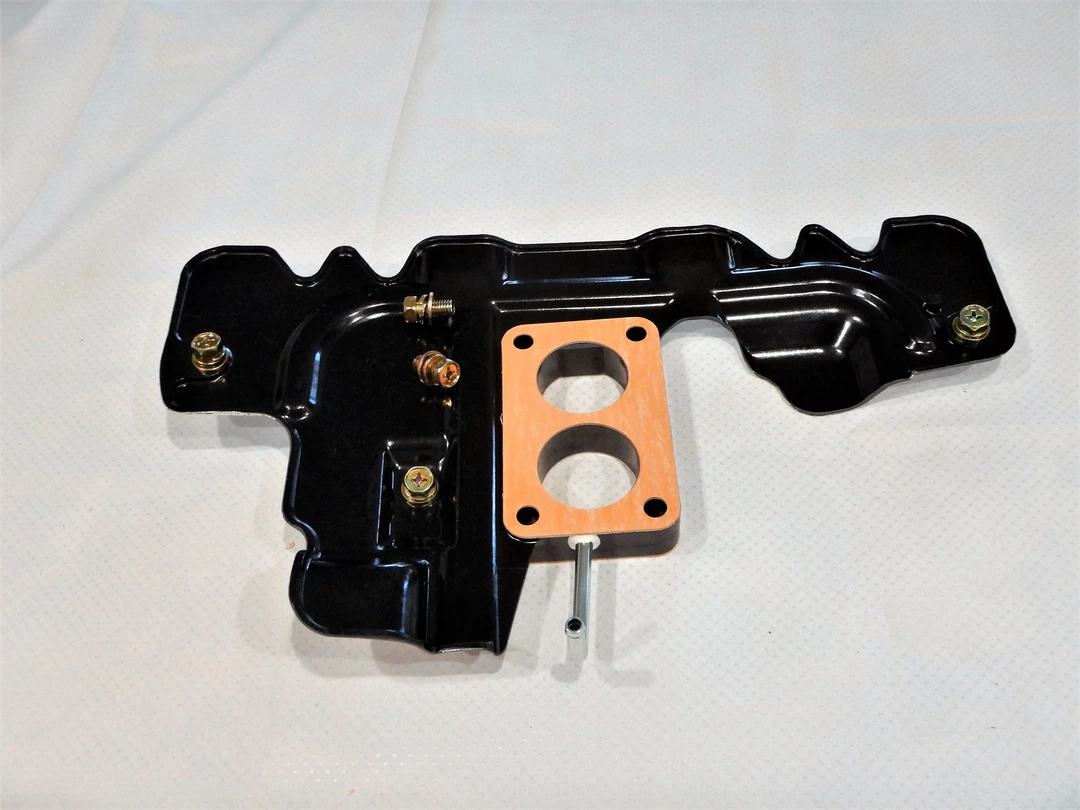 Purpleaction said:
@ToyotaMatt ….will this crack cause a high idle?
Click to expand...

then a sliding scale starts , you begin to get more and more vacuum leak and the opposite occurs in age and time ..........


a CRACKED intake Heat riser AREA can occur here too under the carb insulator as well .


pulling a carb to inspect both at the same exact time is the idea rule out the common issues that can occur , Does NOT cost u any money only time well spent , and a new

Purpleaction said:
Ok..hope to have some time weekend of 12/11, 12/12 to get some garage time.
Anything else I can do to be 100% sure there is no Intake manifold leak before I pull the carb to inspect ?
Click to expand...

A smoke test was helpful for me.

I used this unit:

If you like cigars, I know that a lot of people use them for the smoke test. Big puff, hand over top of carb and blow into a vacuum hose.
1970 FJ40 - 1F and 3 on the tree, Mini-truck disc conversion, FJ80 booster master cylinder, 2.5” Procomp with Bilsteins. 33x10.50 General Grabber X3 on stock wheels. Trying to look as cool as I can with 2 carseats.

Was able to get a bit of garage time today. Found a spot using carb cleaner somewhere under the intake manifold, radiator side. Vacuum gauge went up 1 to 1.5 cm Hg and RPMs dropped. Definitely a leak there. Buttoned everything back up. Adjusted carb, still Idling about 900-950ms with a vacuum pressure 17.5
Now it is decision time. Might drive it until I have the coin to buy a sniper. Whether or not I decide on carb rebuild or sniper, it’s gonna have to be taken apart at some point.
5/78 FJ40 rolling resto The Iron Yak
2019 LC200 aka “Tashi“
2012 Tacoma
TLCA # 27100
Veteran-USAR

Now I’m confused. I have not had time to investigate this further until tonight. Bought another can of carb cleaner. Fired up the 40 and let her warm up. Began checking everything with more carb cleaner.
Seems to me there were times when I sprayed carb cleaner on certain areas that the idle went up.
I thought that when an intake leak was sealed temporarily by the cleaner the idle would drop. What am I missing?
5/78 FJ40 rolling resto The Iron Yak
2019 LC200 aka “Tashi“
2012 Tacoma
TLCA # 27100
Veteran-USAR

I don’t think the carb cleaner (very flammable) seals leaks/gaps, it actually gets sucked in (vacuum “leak” which is actually sucking

The carb cleaner should increase the idle if there is a leak. Try spraying some directly into the carb and see what happens.

Now, at full disclaimer, if you literally dump carb cleaner into the carb/inlet system you’ll probably choke the engine (briefly) due to too much fuel, but that’s nearly impossible to do while spraying a fuel source at a vacuum leak. Vacuum “leak” phraseology is from the engine’s perspective. From our perspective they are an increase in “sucking.”

The engine will pull whatever it can get based on its displacement and what’s available to burn in the cylinders (fuel-air mixture), so when you get or have a vacuum leak there’s more air available, so a lower fuel-to-air mixture results, and the increased air flow into the intake system will draw more fuel as well (if the carb has the circuits for such, which most do

), hence a higher rpm. You‘re no longer “running“ on just the idle circuit. The issue then becomes when you give it throttle you now have excess and a typical symptom is a bog.

If that’s where your leak is, for sure!

I’m good at wasting my time. Problem is when I waste other people’s time. I’m getting good at that as I get old(er).

Personally I'd get a smoke generator and test. It would be a shame to pull apart the manifold if the problem is elsewhere. I thought it was a useful exercise and reduced guesswork.
1979 FJ40

I have one of those smoke generator things… good idea…