Bare with me as I attempt to explain:
Was driving and discovered the Brakes were not releasing when I left off the pedal.
*Solution: Release the bleeder screw and get back home. (without braking unless I had to)
Figured it was the rear drums and rebuilt the cylinders and reassembled. Test drive - fail.
*Assumption: Soft lines are bad/collapsed (replaced these in 2014 with ClassicTube soft lines)
Here is where I am now:
While replacing soft lines I realized there was very little fluid in the lines. Naturally assumed the MC was bad and rebuilt it.
While bench bleeding the MC seemed to work correctly, but still no fluid would bleed into the lines. I Removed the PV and cleaned it well replaced. Confirmed I had open hard line from the PV all the way to the Rear Frame Rail where it attaches at the soft line- It is open and clear.
After much struggle I removed the MC & PV again... and proceeded to bench bleed the MC, then attached the PV (on the bench) and Also bled that too; and it seems to work from MC to and through PV on the bench.
When I install it on the truck, I attached the front and rear hard lines to the MC and left open the outbound side of the PV to visually inspect the gravity feed of fluid through the system and it is minimal at best. Note: When I press the pedal it 'spits' some fluid from PV, but in my logic I would assume fluid would flow freely from MC and out the PV... That is not happening.
I attached the hardline to the outbound side of the PV and went under the truck, just in front of the rear axle just before the soft line and used a HOLT [pneumatic brake bleeder @ 90psi] and I get very little fluid flow to that point.
Again: MC is behaving normally; And PV seems to behave normally on the bench.
I do believe my understanding - lack of understanding - of the Proportioning valve is my issue?

IS the Proportioning Valve Bad?
How do I confirm that the PV is bad or is it still good?
How should it behave when off the truck or not in a closed hydraulic system vs a closed system.?

When I move it to the truck I am getting good throw with the pedal. (bench bleed set up) but when I put the hard lines on it seems the system fails.

What next???
And any expectations as I go back through it step by step....

Thank You in advance.

Can you temporarily bypass the PV altogether and see if you are getting good flow to the rears?
1970 FJ40 Slow Moving Money Pit.

Green Bean said:
Can you temporarily bypass the PV altogether and see if you are getting good flow to the rears?
Click to expand...

I would have to build a bypass, which I am willing to do.... Not sure where to get the proper threads for this system. I would need a male to female adaptor. Correct? What sizes would that be? Thread pitch?

I'm not at all sure that the PV is the issue. But my train of thought was that you could possibly eliminate that quickly and easily by bypassing it. Summit has a wide variety of fittings and SS flex hoses. Below are a few that I've ordered in the past. 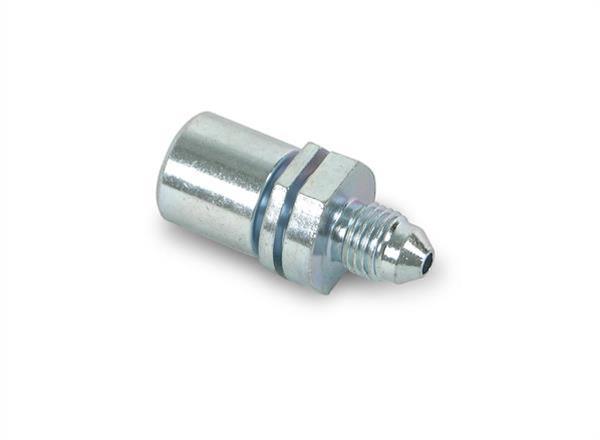 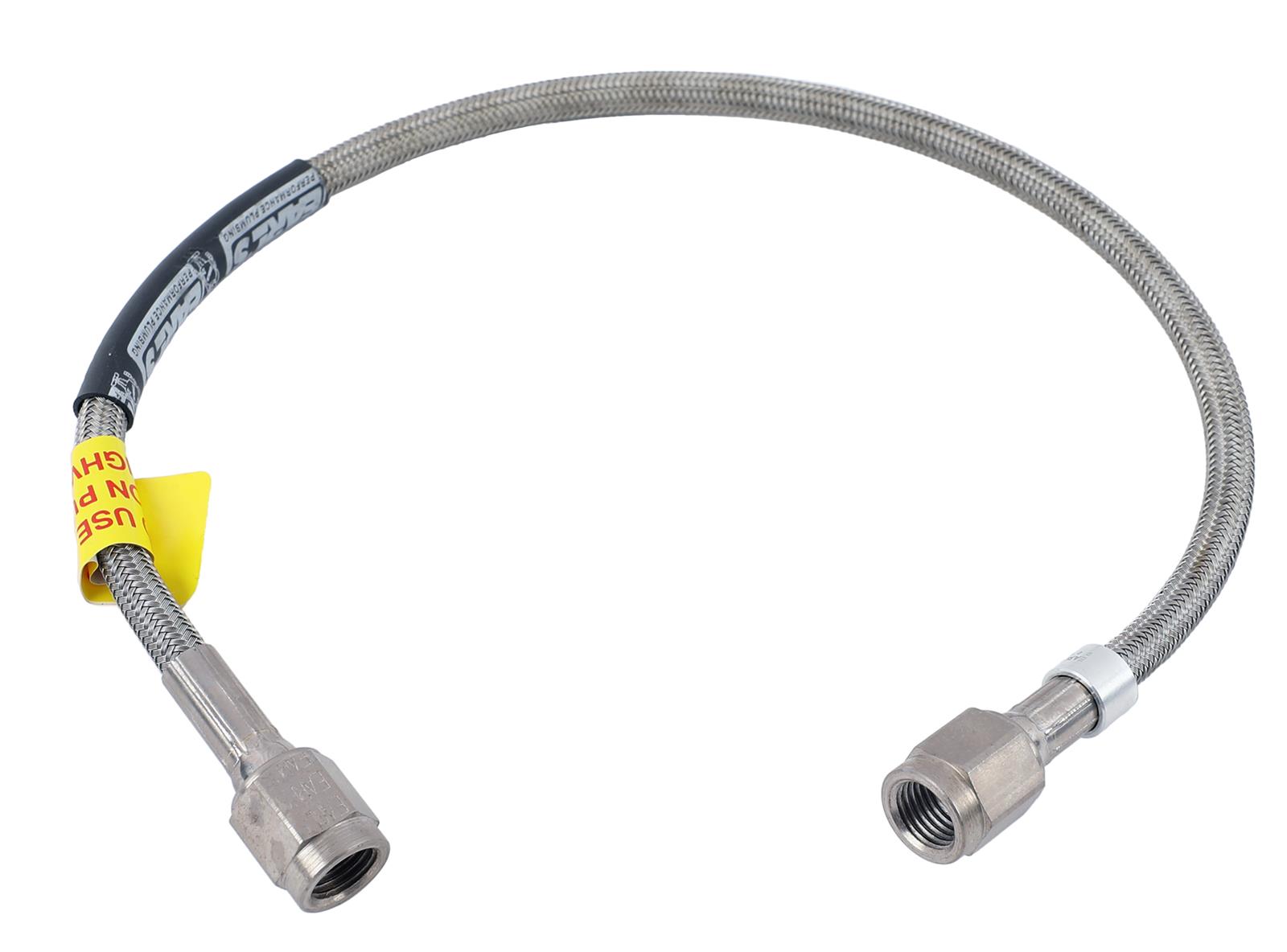 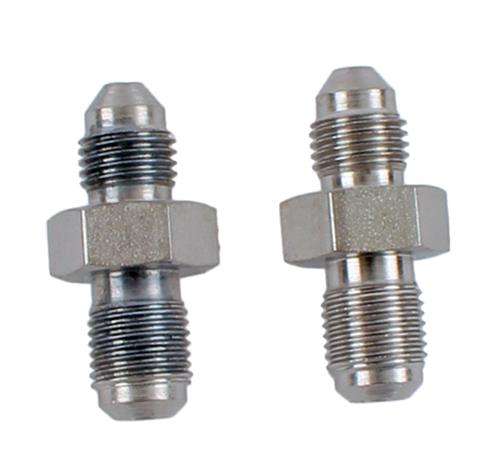 Green Bean said:
I'm not at all sure that the PV is the issue. But my train of thought was that you could possibly eliminate that quickly and easily by bypassing it. Summit has a wide variety of fittings and SS flex hoses. Below are a few that I've ordered in the past.

Thank you for all of this. Didn't even know where to begin to find these.
No, I am not sure it is the PV but not sure how to "test" it to confirm it either way.

Yes, Oreilly's sells a kit. You use the provided plastic and clear tubing. I used this on the MC and then attached the PV and did it from the outbound port on that. Seems to me to be functioning correct. But still won't bleed or Gravity feed down to the rear axle.??


Advance Auto Parts - Down for Maintenance

*Says down for maintenance but the link works

Regardless of the rebuild on the MC, I would suspect that brake fluid is leaking past the rear seal and disappearing into the vacuum booster.
'80 FJ40, '07 FJC
N5MUD
“The Constitution is not an instrument for the government to restrain the people, it is an instrument for the people to restrain the government - lest it come to dominate our lives and interest." -- Patrick Henry

Shark56 said:
Any chance the push rod got moved when you pulled MC?
Click to expand...

Always a chance, but when I did the same procedure as a bench bleed in the truck. Looping from MC to reservoir it seems functional in both FR & RR. I did not touch the push rod - so I can look but the pedal and push rod are both functioning and actuating the MC. ( Don't think that is it?)

1911 said:
Regardless of the rebuild on the MC, I would suspect that brake fluid is leaking past the rear seal and disappearing into the vacuum booster.
Click to expand...

Thought about this too. To insure the MC was not leaking, I left it on the bench for hours... Fluid did not leak from MC or did air get into the lines to the reservoir. I checked the booster and see no indication there is a leak. The MC sat on the truck for over a week and the fluid levels never changed. So I don't believe its leaking into the booster... But I strongly appreciate these concerns to be considered.

Yes, they are Hard Lines and visible. Its just a short "S" shape and used air to make sure it was clear.
You must log in or register to reply here.