I have spent the last few hours searching and reading threads but can't find anything leading me to a solution. So here's yet another no start thread.

Little vehicle info. '95 80 series with 220k. Previous owner had the trans and t-case out to replace the t-case but was otherwise stock when I bought it. Has always started and ran great. I've owned it a few months and I'm in the process of a full build. I removed the factory alarm (was disconnected) and the viper alarm that was hooked up but not working. It ran great after everything was removed so I don't think that's the issue. New starter and new fuseable link from wits end.

To the problem. Today I installed a National Luna dual battery setup and 2 brand new XS power D3400 batteries. Went to fire it up and nothing. No crank, no click. Everything else is working fine. Stereo, lights, gauges. I can turn the key and the stereo and clock shut off like the should when cranking but nothing. Hooked my volt meter to the starter signal wire and only get around 1 volt while trying to crank. With the key on and my Lonewolf 3000 (ignition trigger switch) hooked up to the starter it starts right up and runs great. I swapped back to my old fuseable link (worked fine but the cover was broken off) and the same thing. No start. I played with the shifter and all the wiring thinking NSS but still nothing.

What am I missing? Another fused link somewhere? Something in the NSS? The fact that I'm an idiot and dumping 30k into a '90s toyota?

I'm no stranger to the running gear as I have an 80 axle under my 86 4runner but this is my first 80 series that I'm setting up to travel in and live out of full time. I'm no stranger to toyota's but I'm new the the electronic side of the 80s.

Planning on doing a full build thread once it's done and tested.

Any advice and guidance is much appreciated. 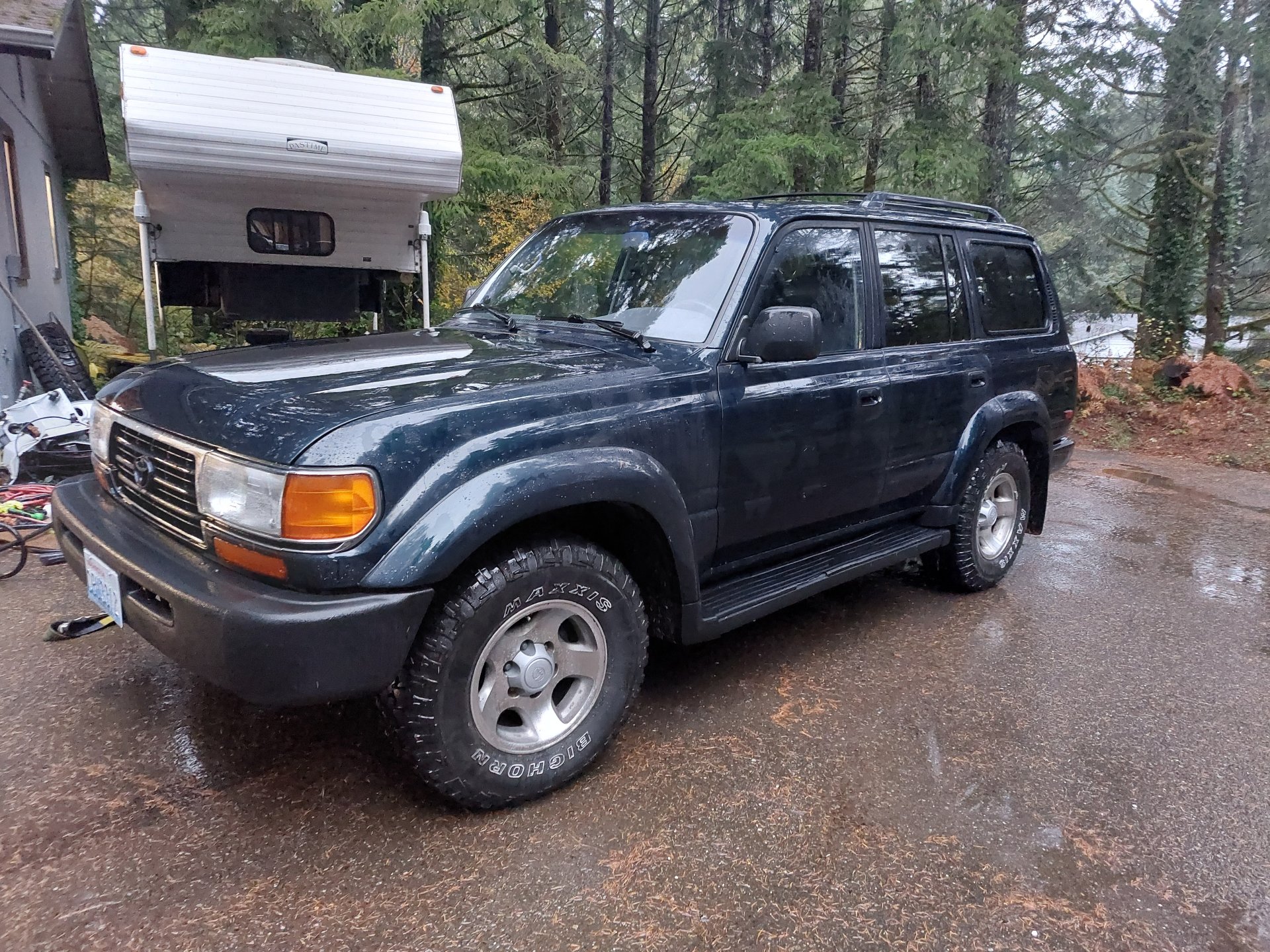 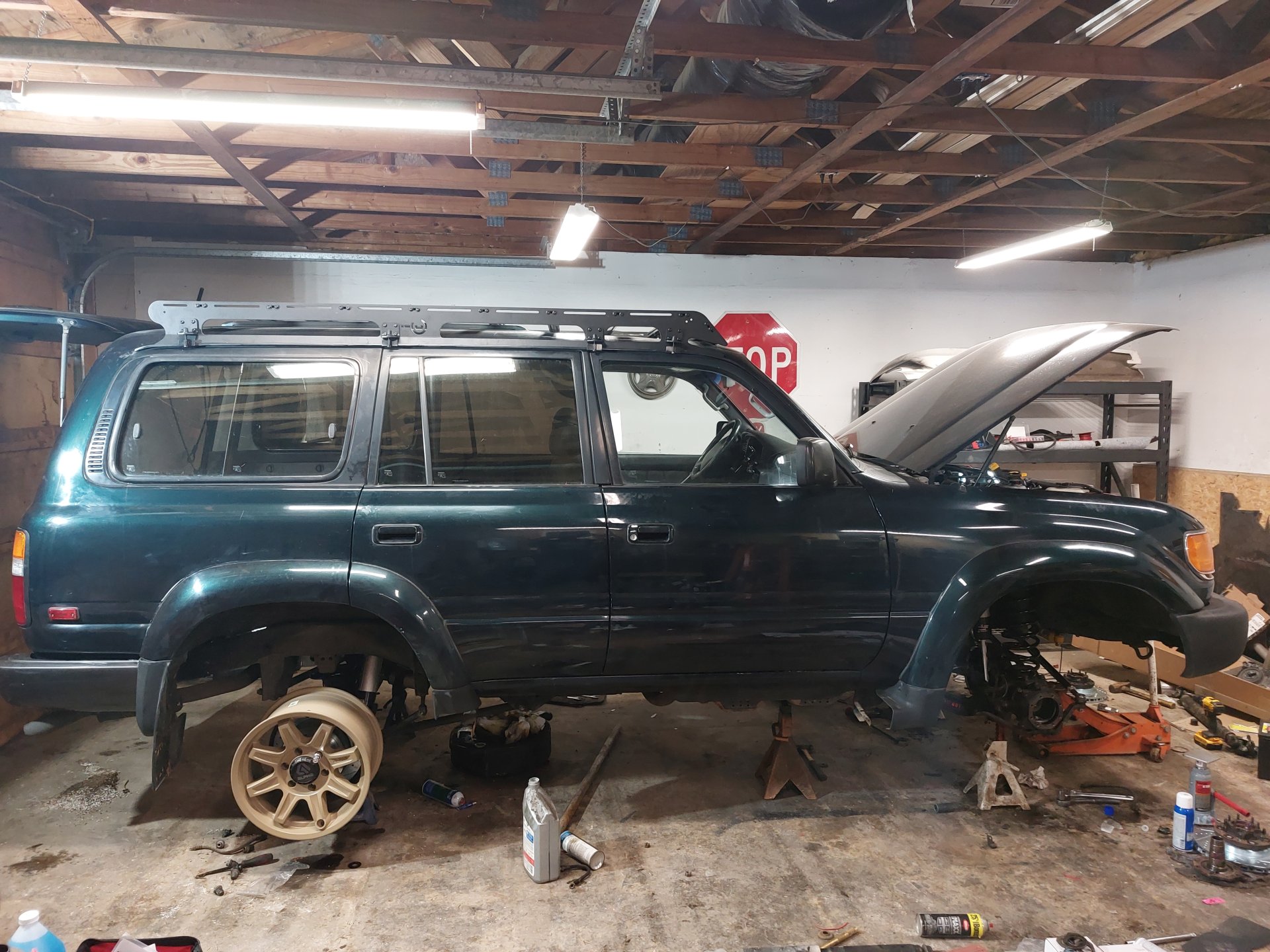 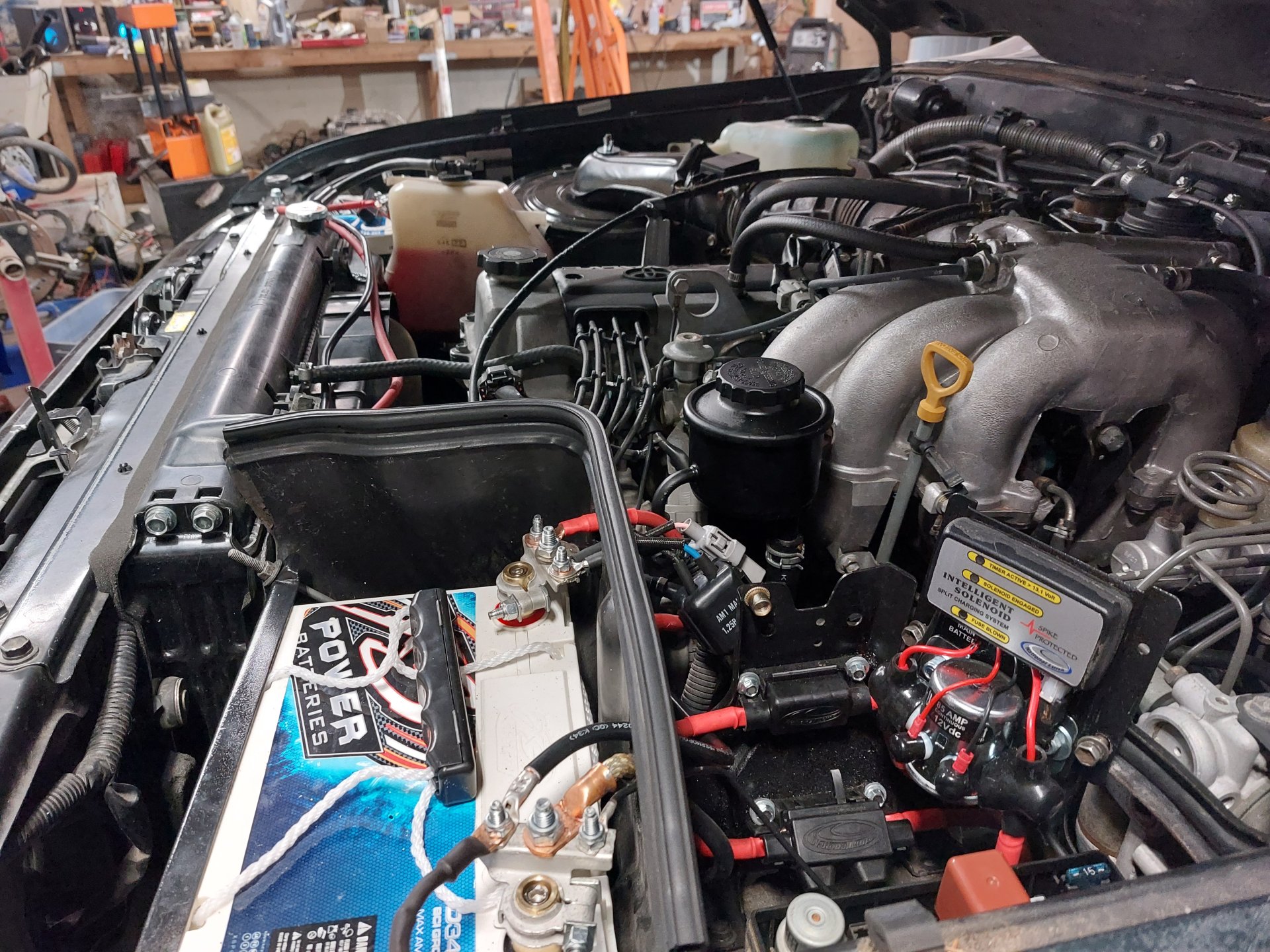 It almost has to be a connection error with your new dual battery setup. I’m sure you’ve checked it all and verified the new batteries are good. If it starts with the jump box (I assume that’s what a lone wolf is) something is keeping the power from reaching the starter. Have you tried disconnecting the dual battery system and see if it starts?
Upvote 0 Downvote

My thoughts are pointing towards the alarm system you removed. Did you remove the relay that is buried up in the steering column that immobilises the ignition?
Upvote 0 Downvote

voodu3 said:
It almost has to be a connection error with your new dual battery setup. I’m sure you’ve checked it all and verified the new batteries are good. If it starts with the jump box (I assume that’s what a lone wolf is) something is keeping the power from reaching the starter. Have you tried disconnecting the dual battery system and see if it starts?
Click to expand...

The lonewolf 3000 is a name from Vice grip garage. It's the handheld starter trigger. It bypass all electrical systems and puts 12v straight to the starter selenoid. Both batteries are great, sitting at high 12s and 14+ while running. The dual battery setup doesn't change the factory wiring, just adds to it. This is why I'm so stumped. I must have wiggled something or possibly shorted something but I don't know what...or how for that matter.
Upvote 0 Downvote

Irish Reiver said:
My thoughts are pointing towards the alarm system you removed. Did you remove the relay that is buried up in the steering column that immobilises the ignition?
Click to expand...

It's been running for weeks without the alarm system. The relay is still there and is now wired to a kill switch. I checked that first. Relay is working and the fuse is still good.
Upvote 0 Downvote

I ordered a new ignition switch to see if it died. Just a cheap one from the auto parts store but it'll eliminate that possibility. I'd get an oem one if that's the problem but I don't think it is because at the signal wire on the starter I get 1v while trying to crank and 0v in the on position. So my mind says the ignition switch is working.
Upvote 0 Downvote

The starting circuit on these is super simple. If your fusible links are good and your ignition is not being interrupted then all that is left is the NSS.

Irish Reiver said:
The starting circuit on these is super simple. If your fusible links are good and your ignition is not being interrupted then all that is left is the NSS.
Click to expand...

So if I'm reading that right it's just the fuseable link to the 50a fuse in the fuse box which checked out good then to the NSS. Which plug on the trans is the NSS? I'll try bypassing it and see if it'll start.
Upvote 0 Downvote

If I remember correctly the connector is close to the firewall on the drivers side - close to the starter motor. I have only removed the NSS on the '94 which has a different transmission than yours so I am not familiar with its location.
Upvote 0 Downvote

Well it's 5:30am here so I guess it's time to go to bed. I'll check the NSS some more and start tracing wires in a few hours to see what I find. I'll also try the ignition switch when it shows up.
Upvote 0 Downvote

Well after checking ohms on all the wiring I did including rechecking all the fuses I got under the rig and tried getting the NSS harness out. It's stuck tight in the trans plug. I admitted defeat and on my way to go cry I figured I'd bump the key one more time. Fired right up. So my problem is in the plug going to the NSS. I have no idea why it would fail now. Maybe from sitting in the shop for a bit? Either way I'll fight it off and clean up the connections.

Thank you everyone for your help.
Upvote 0 Downvote

my 95' did the same thing to me today. Hit the key and nothing. Truck sat all summer. First real drive today.Brand new starter last year. Oem. Ended up tapping on the starter to get going.. The other odd thing is my alarm sounds off now, randomly after I shut the door. First time its ever worked. Had this truck for like 4 years now. Just had to share while I'm doing research....
Upvote 0 Downvote
N

Always first look for the obvious things like bad/weak fusible links, dirty grounds, etc... But the possibility remains its a fault in the starting circuit. E.g. ignition switch, NSS or the wiring and splices in the circuit itself.

A good, quick diagnostic test is to touch a jumper wire directly from the +Battery lug (thick cable connection) on the starter to the so-called "S" terminal on the starter (thin gauge wire). If the starter fires, the problem is likely not the starter contacts inside the starter, and is instead more likely to be insufficient voltage arriving on the S terminal through the normal starting circuit. Basically not enough juice is getting to that terminal to strongly fire the internal solenoid. One symptom of this is that it's worse when temps are higher.

If the starter turns over strongly under this test, what you decide to do next is up for debate (as has been done here.) Some decide to replace components (ignition switch, nss, etc..) but there are some here who've found fault in the wiring and splices in that circuit where they've degraded to the point of decreasing the voltage that arrives to the S terminal on the starter. If that's the case, consider a relay bypass setup. (Discussed here in other threads.)

I'm actually of the belief that replacing a starter or the contacts inside the starter can work, but can also sometimes hide or temporarily delay the effects of degraded voltage in the starter ignition circuit. A new starter (or new contacts) are less sensitive to this fault, but the fault remains and may crop up again in the future as the starter ages.
Upvote 0 Downvote
You must log in or register to reply here.

95-97 Steering wheel leather color- are there only 2 colors?