So after years of taking from this great forum, I thought I would finally try and give something hopefully useful back. About a year ago I wired up some Hella 500 Black Magic aux lights and set them up to be switched on and off using a factory FJ60 defrost switch. At the time I couldn't find a plug and play thread outlining how to use a defrost switch to power Hella 500 aux lights specifically. So I thought I would create one. A fairly extensive thread has been going around for some time regarding re-tasking the factory defrost switch for use as a light switch. Thread can be found here if interested in the details of re-labeling one of these switches with a new graphic (a headlight graphic for example). I took much of the switch wiring information included in this thread from that one. This new thread is focused more on getting the switch and the specific Hella system to work together. This is not a difficult thing to figure out but thought I would try and save folks some time and effort since I have already done it piecing together information from various threads. I know the Hella setup is maybe on the cheaper end of the lighting spectrum, but its plenty good for my use and is perhaps common enough as to make this thread useful. These instructions are Hella specific, but may also provide the basics for making the defrost switch work with other relay-based lighting systems. They also may apply to other Hella lighting systems.

The basic wiring instructions for this setup off of Hella's site are located here. In getting my system to work, I created a diagram which helped me to get it to work with the factory defrost switch: 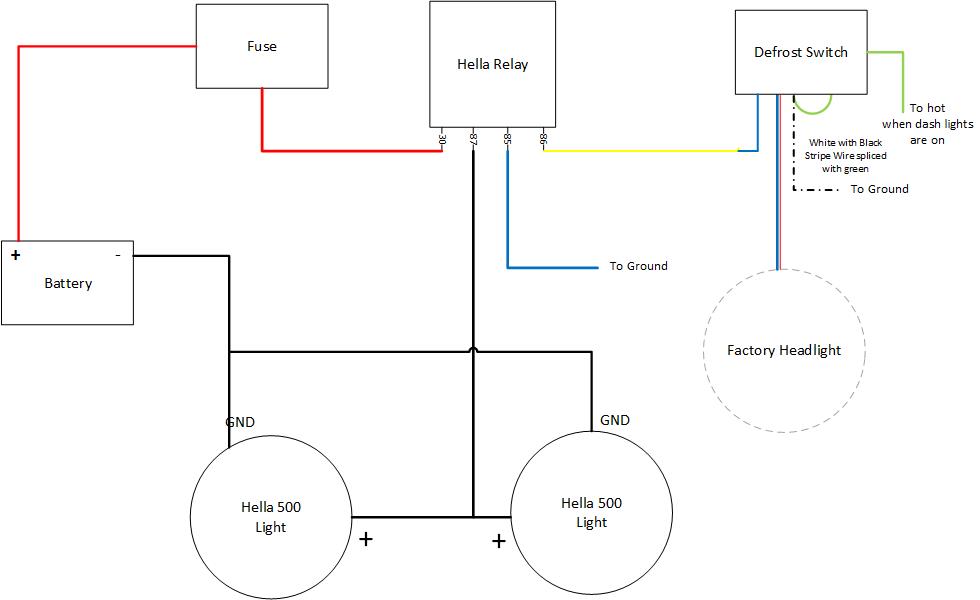 Above you can see the basic wiring setup for making the Hella system work with the factory defrost switch. Here a few details on how this works.

So the factory defrost switch with the factory plug still attached has the following 5 colored wires on it:

1. Blue wire with a red stripe. In this setup this wire attached to the hot lead that will drive the lights.
2. Solid Blue wire. In this setup, this is the switched side of the switch. This allows power to flow to your load (in the case, the Hella light relay) when the switch is depressed. It also illuminates the 'on' indicator bulb when the switch is pressed on.
3. White wire with a black stripe. This is your main ground lead.
4. Green wire. There are two of these. One goes to a hot source that's hot when the dash lights come on. I spliced mine into the lighted ring around the cigarette lighter.
5. A second green wire. This goes to ground. On mine I tied the white/black wire, together with one of the green ones and grounded them both together on the same ground lug. 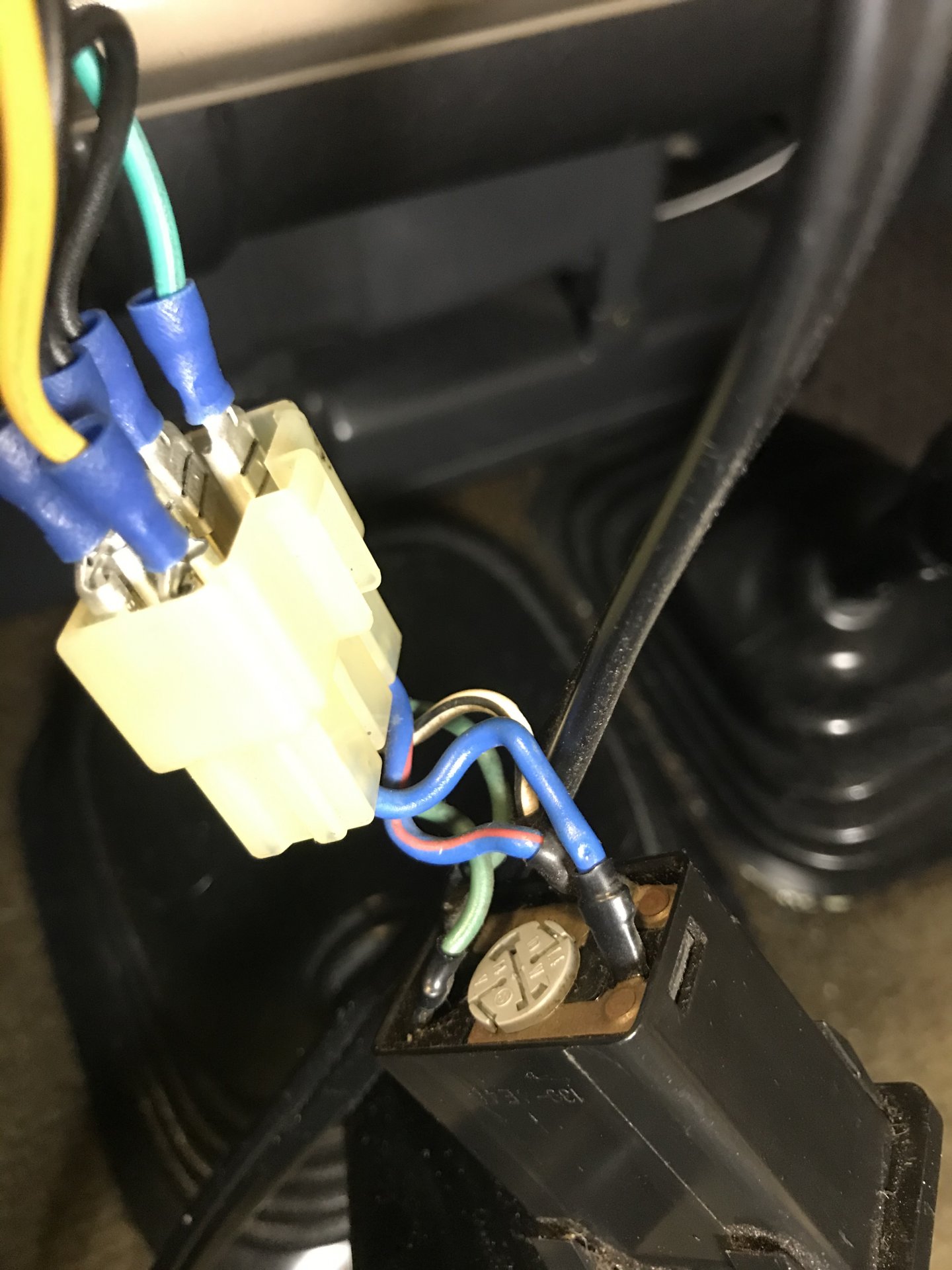 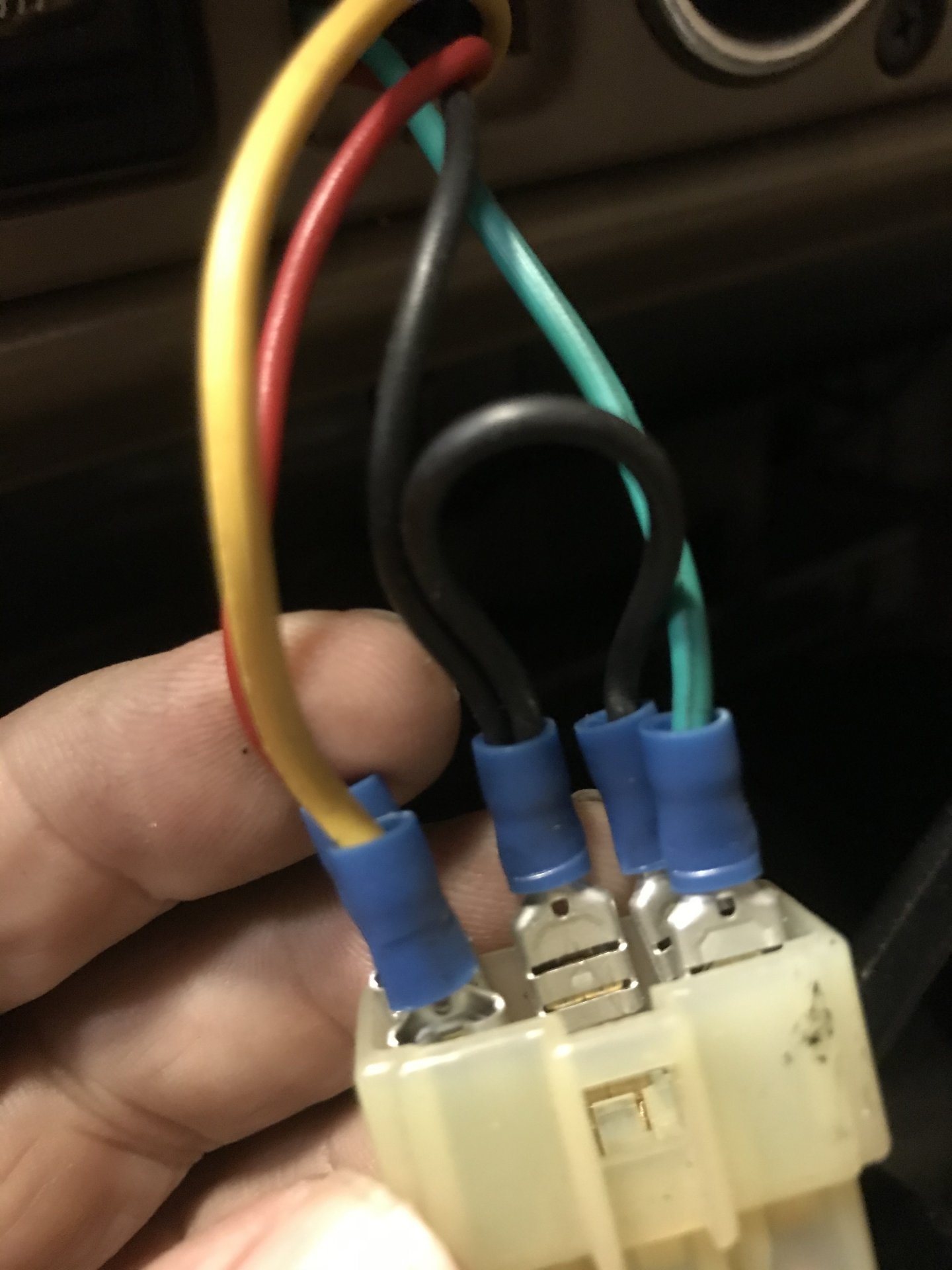 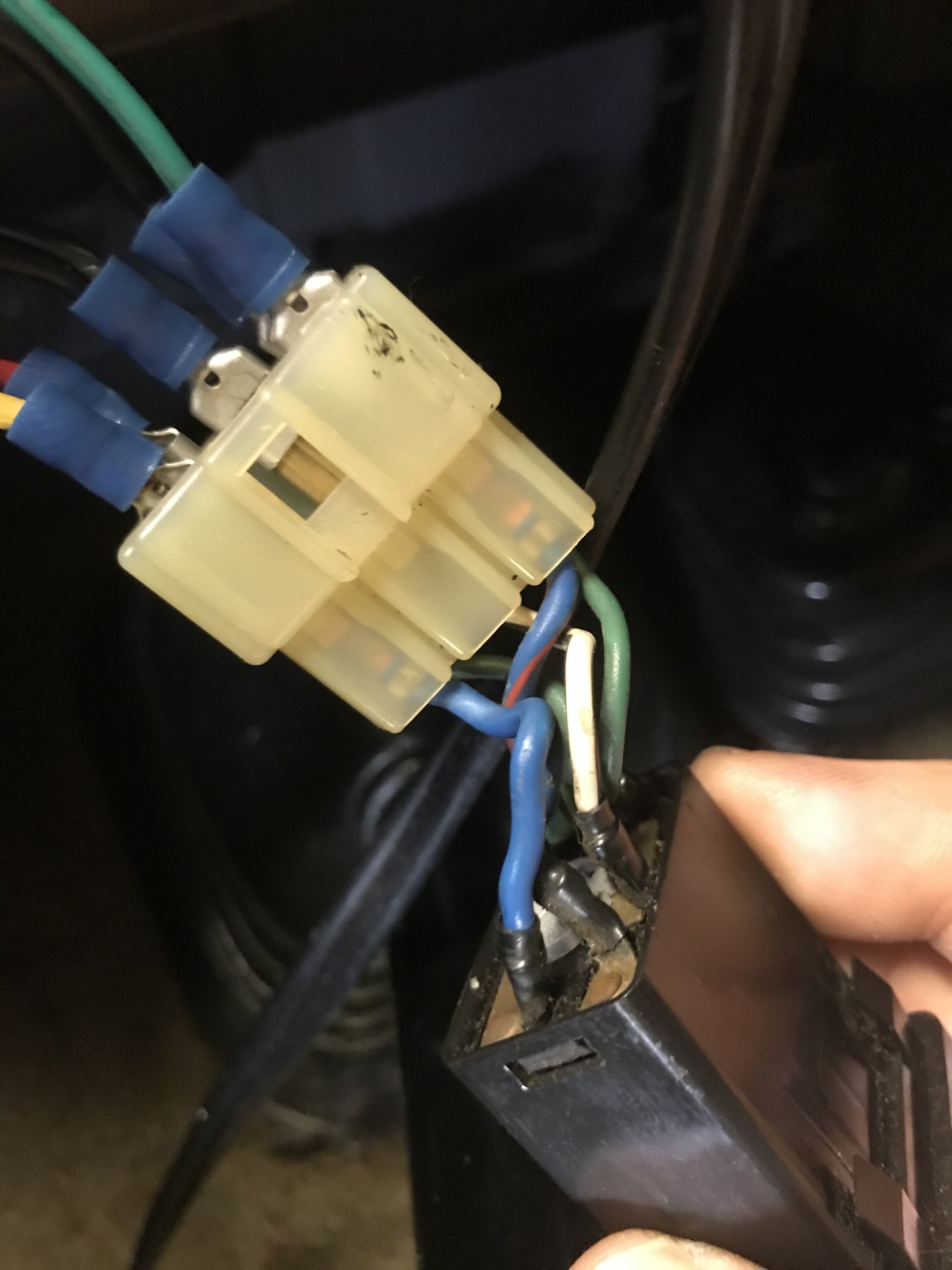 Getting Power From The Factory Headlights

In the above diagram, the hot source going to the switch, comes off the headlights. This is what allows the aux lights to only work when the factory headlights are on. The headlight plug at the actual headlight has three terminals on it. I found that one of the terminals in the headlight plug was hot only when the high-beams were on, and another was on when both the high and low beams were on, which makes sense. This is the one I used to provide source power off the factory light plug. What I did is took a spade connector, and bent it in such a way as to allow me to wedge it in between the headlight terminal and the plug terminal where it fits over the headlight terminal. Here is a shot of it in place: 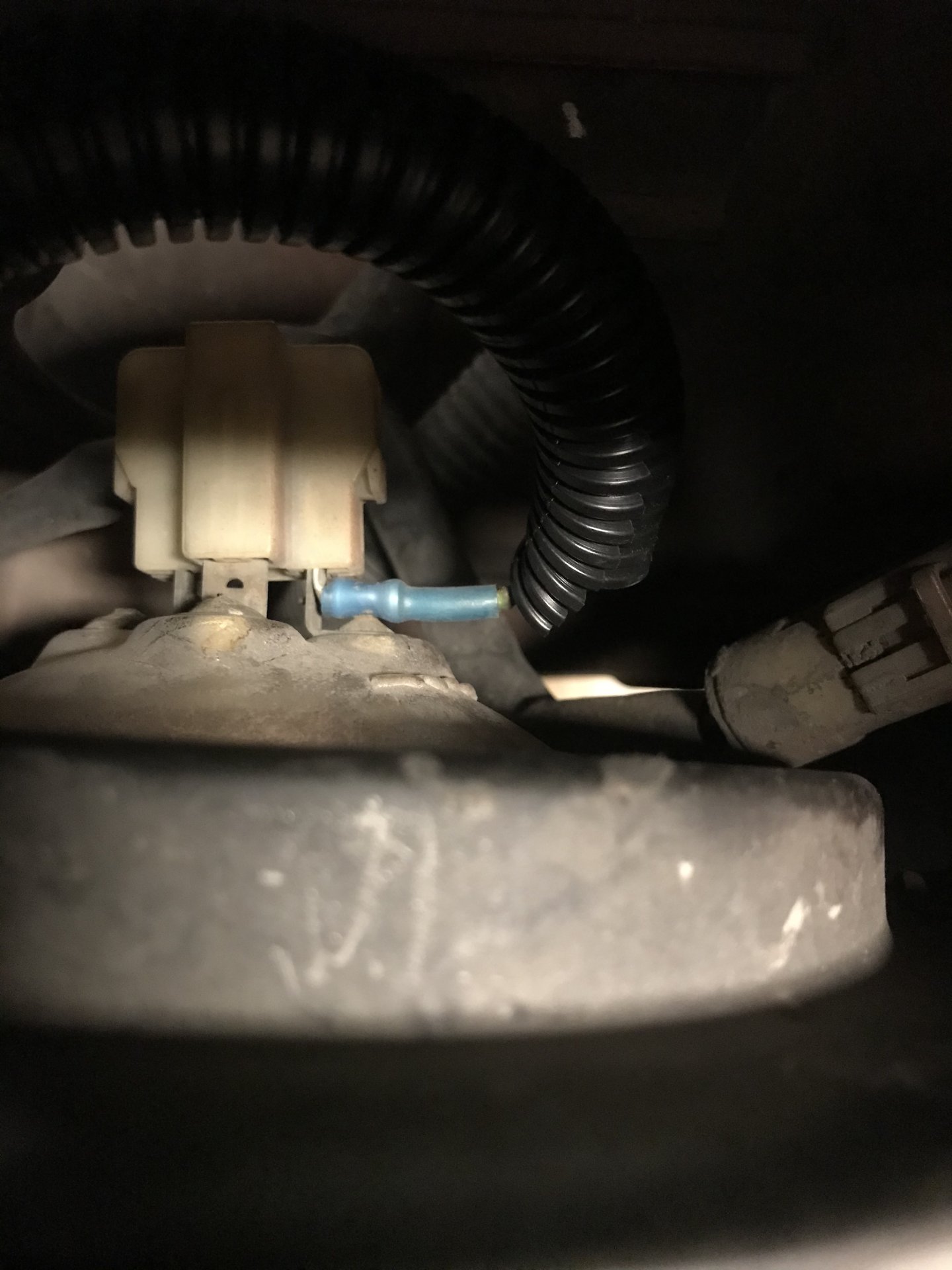 This allowed me to avoid splicing into 30+yo wiring. Also, my diagram shows the ground wires off the Hella lights run back to the battery ground. You can just as easily attach these leads to the 60 series frame near the light. I ran mine back just to make sure the grounds were good. There is a fuse provided in the Hella kit. I have an aux fuse box installed on my truck which I used in place of the Hella supplied one for this install, ensuring the fuse in place was of the same amperage as the Hella fuse.

This setup has been working perfectly on my truck for over a year now. Love the factory look of the defrost switch instead of the Hella supplied one in the kit. Preemptive apologies if this has been discussed somewhere before. I couldn't find it. Hopefully this will save someone some time and effort.

Edit: Added colors to the wires in the diagram so that its easier to equate the wire colors of the defrost switch with the colors off the Hella setup. Also uploaded additional photos of the switch setup with everything connected.
Last edited: Jul 9, 2020
1

Thank you for this write up. This is exactly what I was planning but you saved me alot of time researching.

Thanks to @John McVicker for his wiring information here on the defrost switch. Saved me a ton of time setting up mine. Thanks John.

Some shameless shots of the system working: 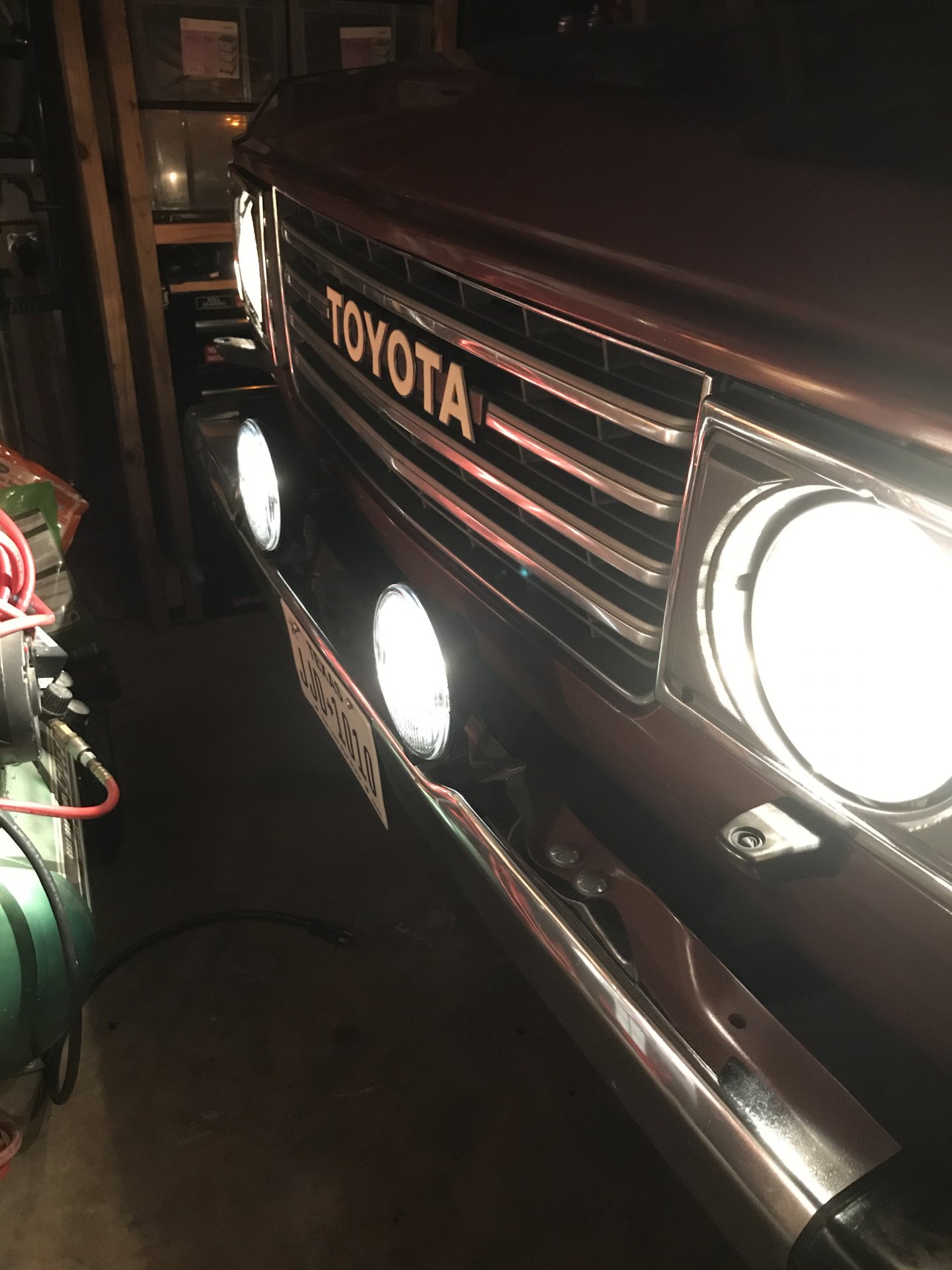 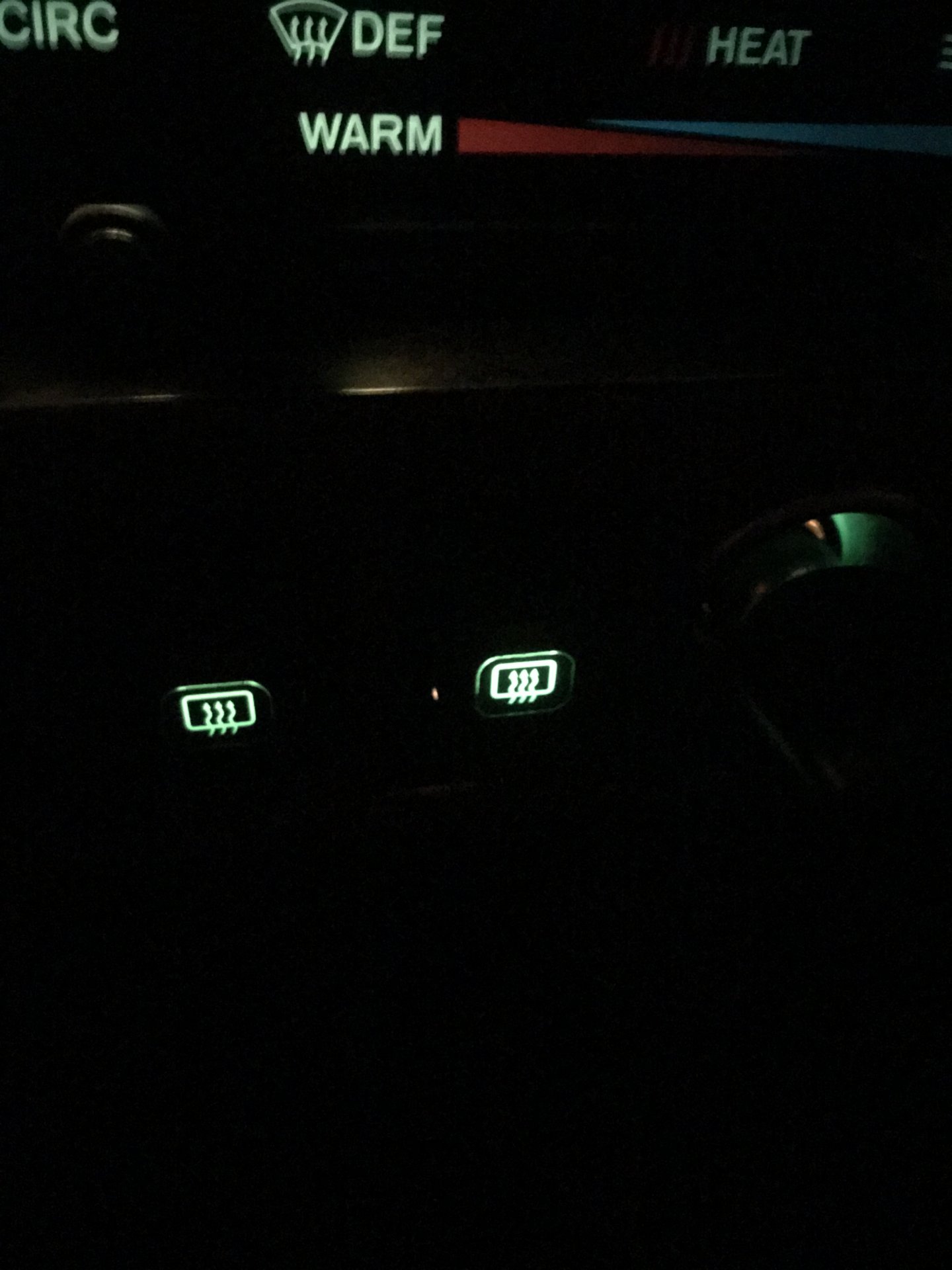 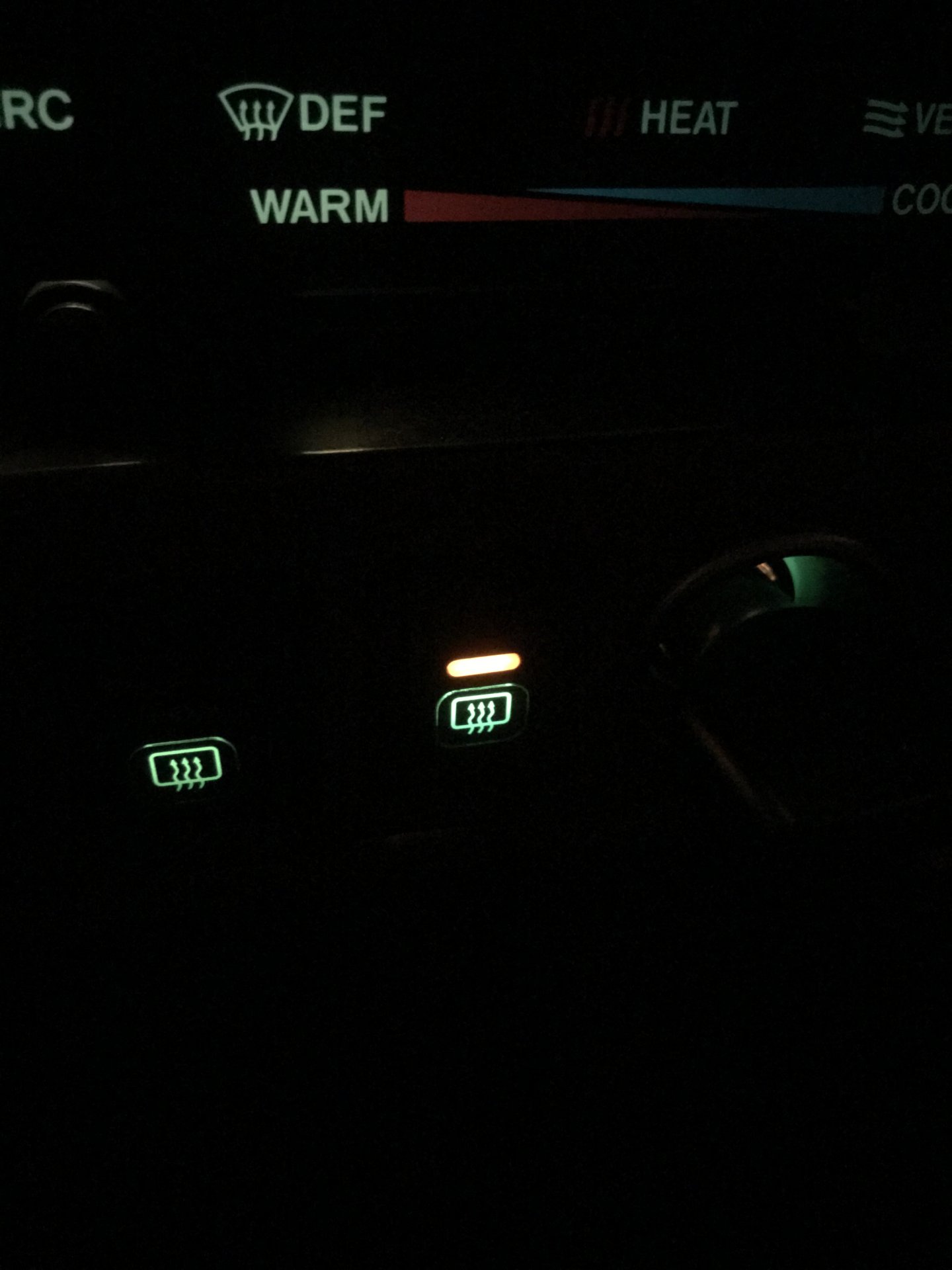 Were factory cargo hooks ever an option on the FJ60?