I am wanting to replace the headlight bulbs in my 94 LC. They aren't very bright currently — I think the bulbs are the original stock ones from 1994... I don't think they've been changed. I want to improve my visibility at night. I've done some searching of past threads on here but I am confused as to which brands/size bulbs will fit in my rig.

I like the soft yellow light that my rig currently has — I just wish it was brighter.

I am looking for a bulb/s that will pop right into the headlight plugs — I don't want to mess with modifying anything.

So here are my questions:

— Which specific headlights would you recommend? Ones that will fit and plug in w/o any modifications.

— Should I go w/ halogen bulbs, or LEDs? I want the new bulbs to be really bright.

I am wondering if LED bulbs would look weird on my rig. Does anyone have a picture of what an 80 looks like w/ LED headlights?

Also, looking for bulbs that aren't too high of a wattage where they'll melt the wiring harness or cause problems due to excessive current draw.

Thanks to anyone who can answer my Q's or give suggestions.
Last edited: Nov 8, 2019

Edit: Direct link isn't working but they're on Amazon for ~$36.

No photos handy but I love them. They've been in for about a year with no issues and much brighter.

HIR 9011 and 9012 bulbs are pretty much a direct fit, just a little trim of a tab with some cutters or nail clippers. They are much brighter then the old halogens too.

I’m running LEDs currently from superbrightleds.com. They are more expensive than the amazon/eBay ones as they are engineered to have the same factory cut off. I have never been flashed with them on. Here’s the low beams. 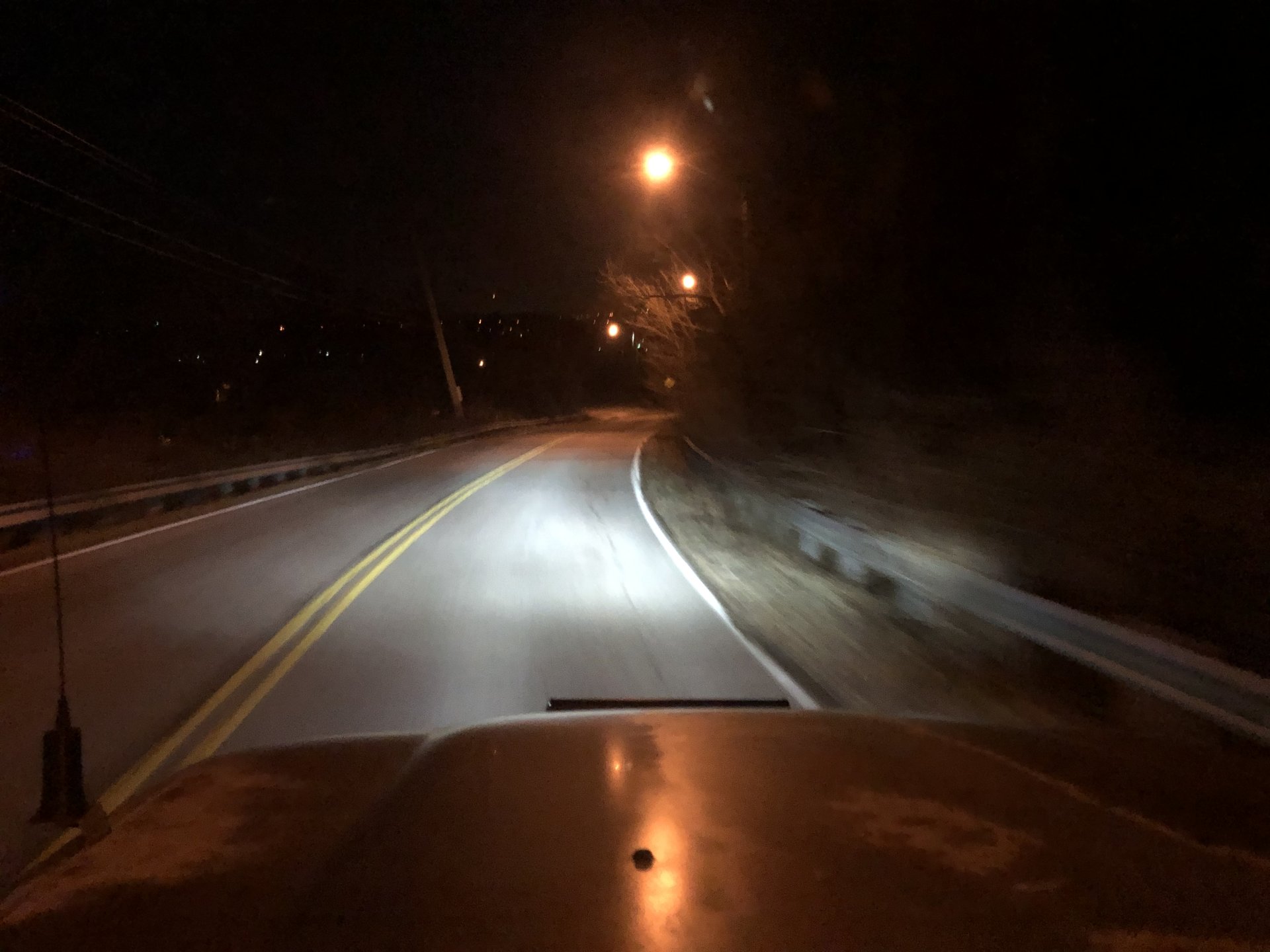 I went with 9011's super easy install and a huge improvement over original.

Here’s what I currently have

Here’s the HIRs I had before

And some historical reading on the HIRs

As others have said, the HIR 9011 / 9012 are the ones to get. I run them in both my 80s and live out in the rural countryside where it is dark (no streetlights, few houses). They work great, and aren't "blue". I'd avoid LEDs since the housings were designed for the light pattern of a halogen.

I run the 9011 (65 watt bulb) in both high and low beam. And according to Candlpower, there is no difference between brands (Vosla are not brighter). I bought the last set of four through Rock Auto. They were Wagner, which were just rebranded Philips. At the time they were $7 each. Looks like the price has gone up to $8.50 each, which is still a bargain.
You must log in or register to reply here.

A
Driver Side Headlight Not Working

Need some help with headlight conversion. Hasn't been asked before, I promise!