I bought this landcruiser 2 years ago from a friend of mine after his transmission went out. I picked it up to be my long haul family camping rig. I spent a lot of time making sure this truck would be a reliable, well running family trickster. I have done EVERYTHING to it that needed done except repainted it (more on that in a minute). This is a Texas cruiser (a west Texas one at that) and has ZERO RUST. I did a compression test last year and all cylinders where 148-152psi. It’s a strong truck with all issues sorted out.

Interior:
This is the good part. The entire interior (all carpet, headliner, seats, sun visors, headrests and all door panels) has been COMPLETELY REDONE in factory colors but with vinyl. Seat foam was replaced at the same time. It looks much better than any FJ62 I have seen. It really cleaned up the cruiser.

What’s left to do:
Simple, there are only two things left to do to this cruiser to be a 9 out of 10 (both are cosmetic)
First, someone years ago decided to get some cheap macco paint job done on it. The paint is now pealing, flaking, and chalking off. This cruiser straight up needs a repaint. I was saving this for last. Second, the window tint is older and is now starting to cloud up and fade. I was planning on doing this at the same time I did the paint. A few window felts could use to be replaced at the same time.


Other small issues:
One part of the steering wheel is cracking/peeling (Not as bad as some but is somewhat noticeable)
The fuel door only opens with the in cab pull button (the key will not open it from the outside)
The rear driver’s door power lock works…most of the time. I just reach over and pull it up when it sticks. It goes down every time it just sometimes sticks when coming up.
Did I mention the paint needs help?
The tailgate carpet is missing (it was not replaced when the interior was redone)


That’s about it. Overall this is a great driver, it runs great, has no issues and needs very little to be a VERY nice cruiser. All it needs to be a top 10% FJ is a new paint job, some light body work and window tint. It can be driven a long time like it is and needs nothing mechanical. Mechanically, it’s good to go on any adventure as is.


As luck would have it, it’s raining right now (in the desert no less) I will post up pictures tonight. 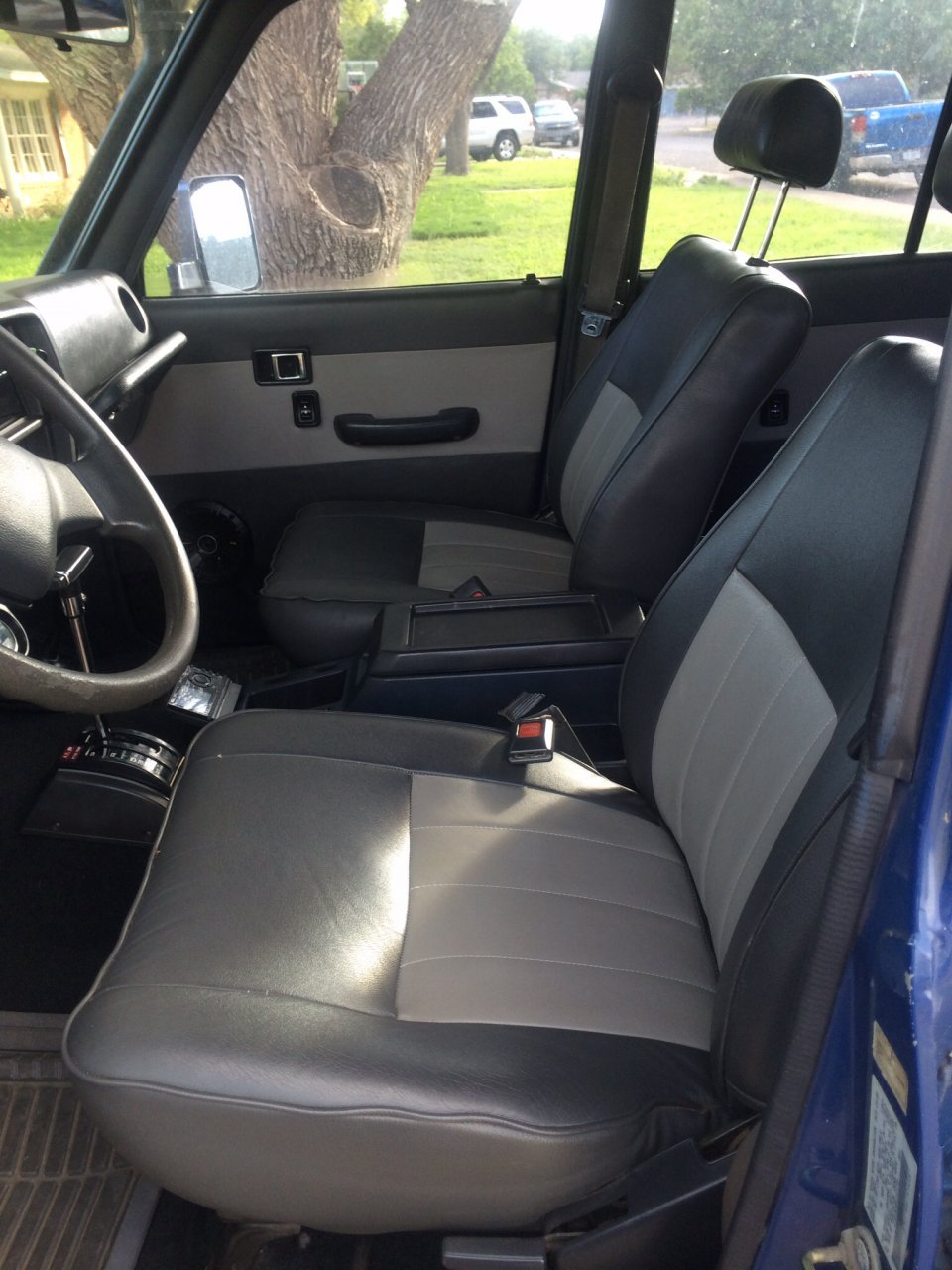 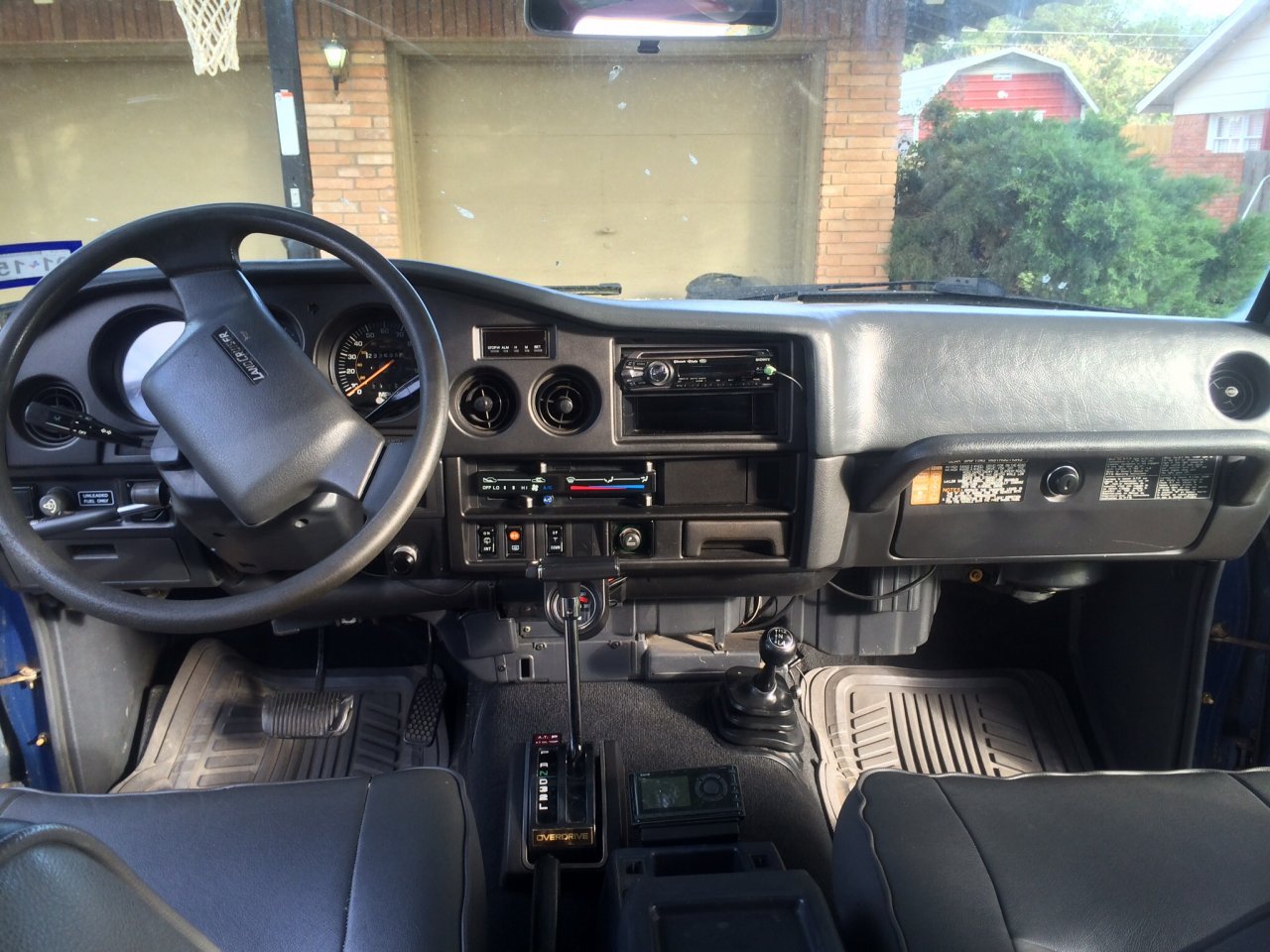 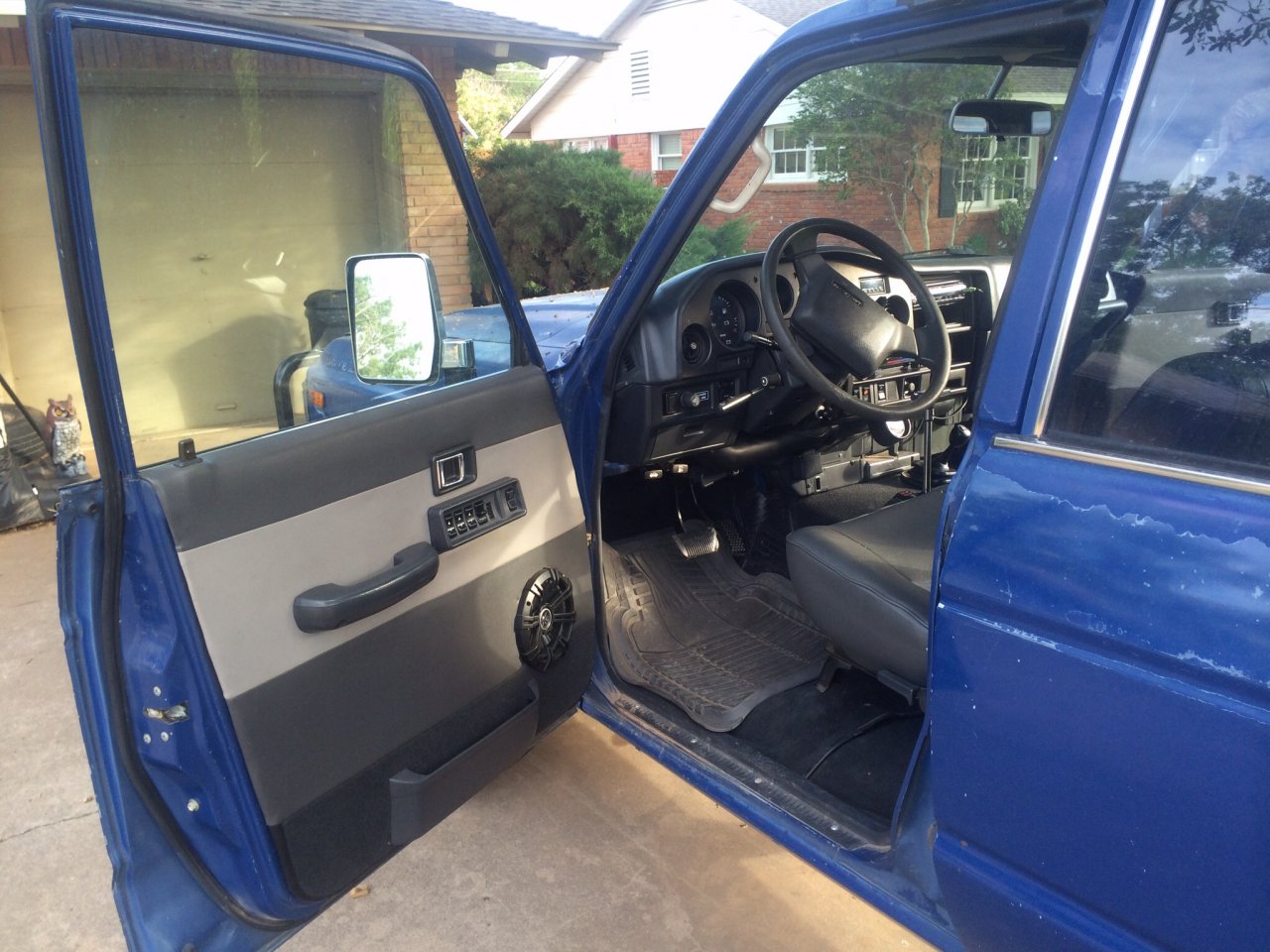 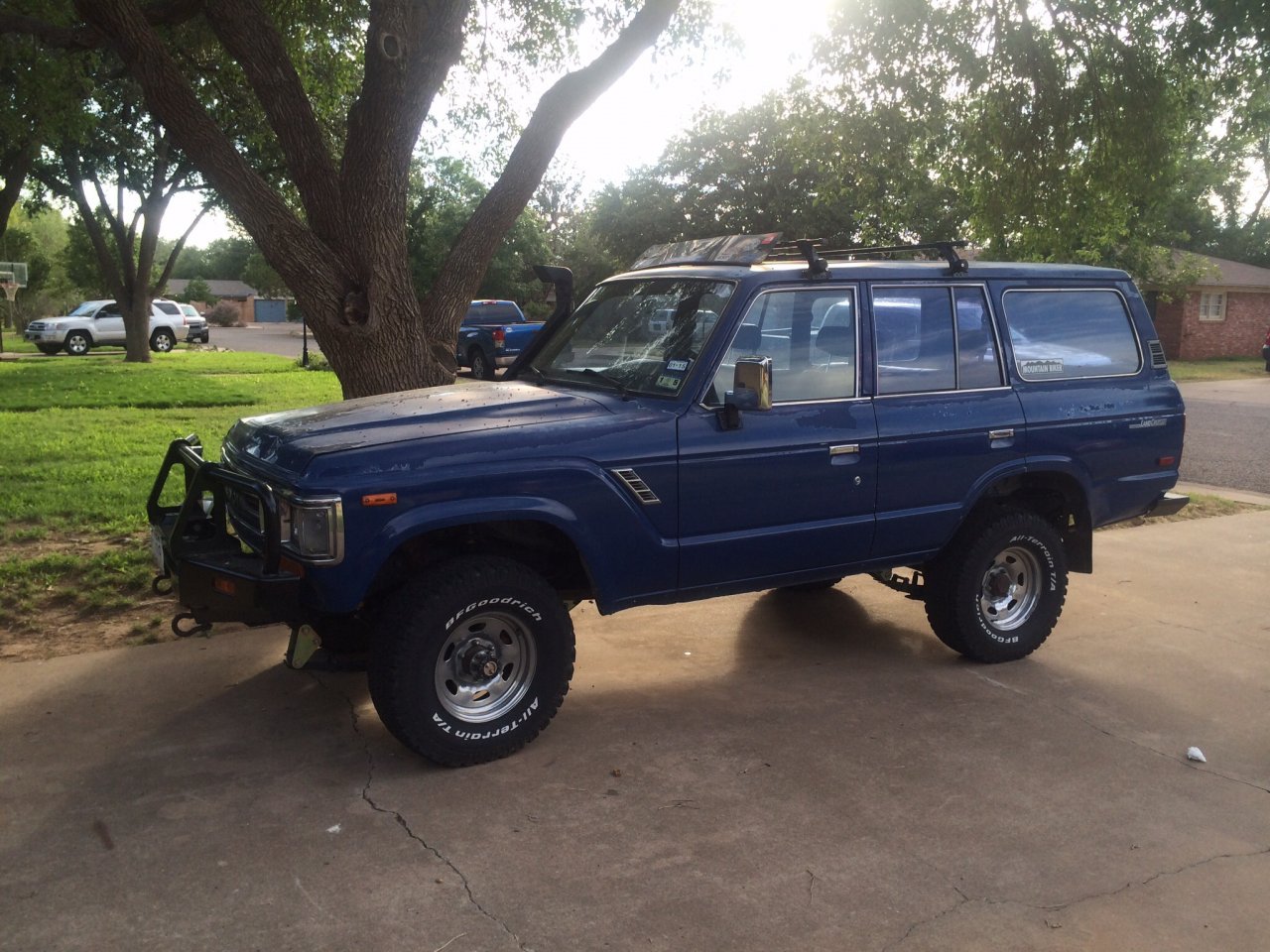 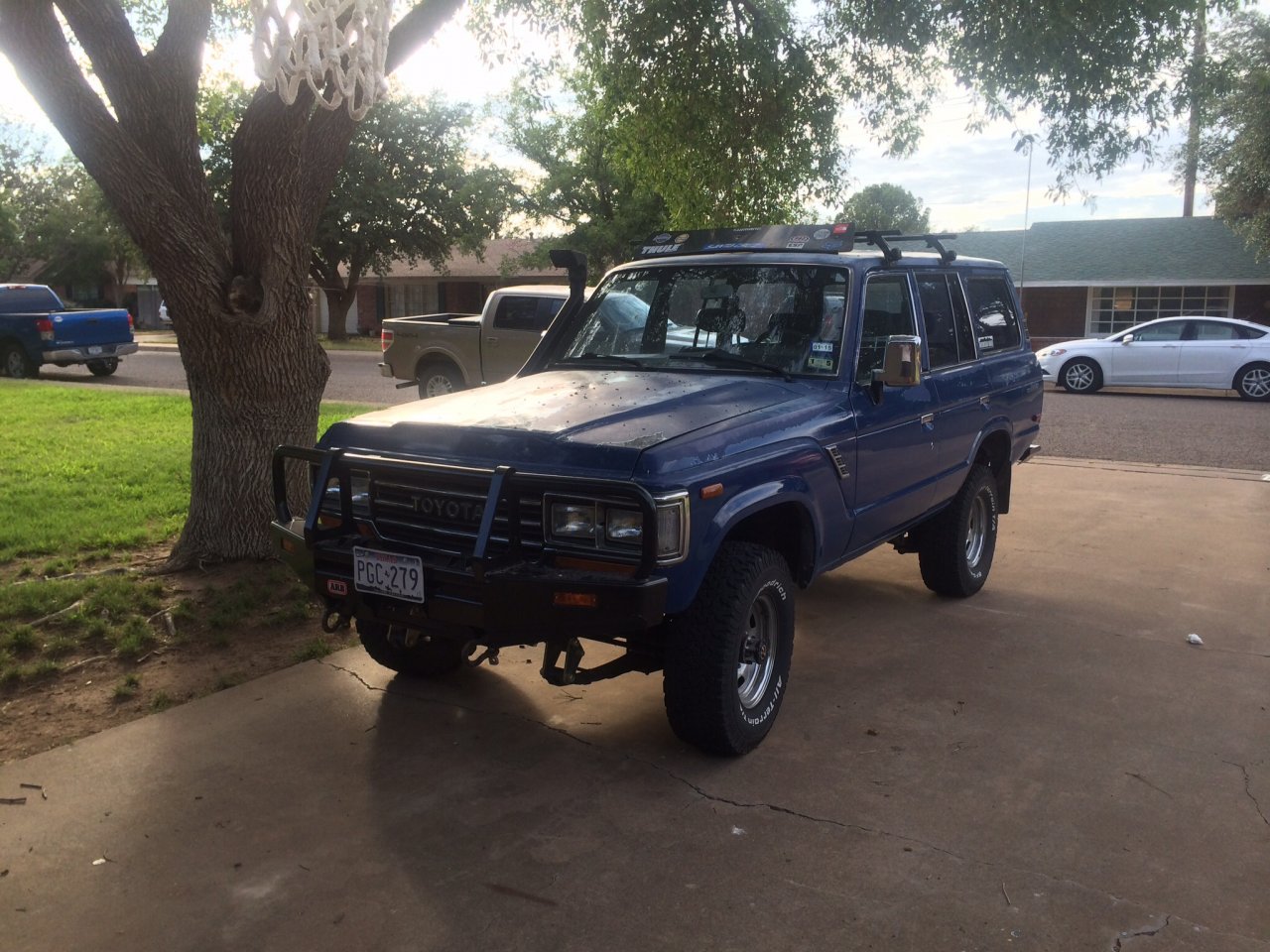 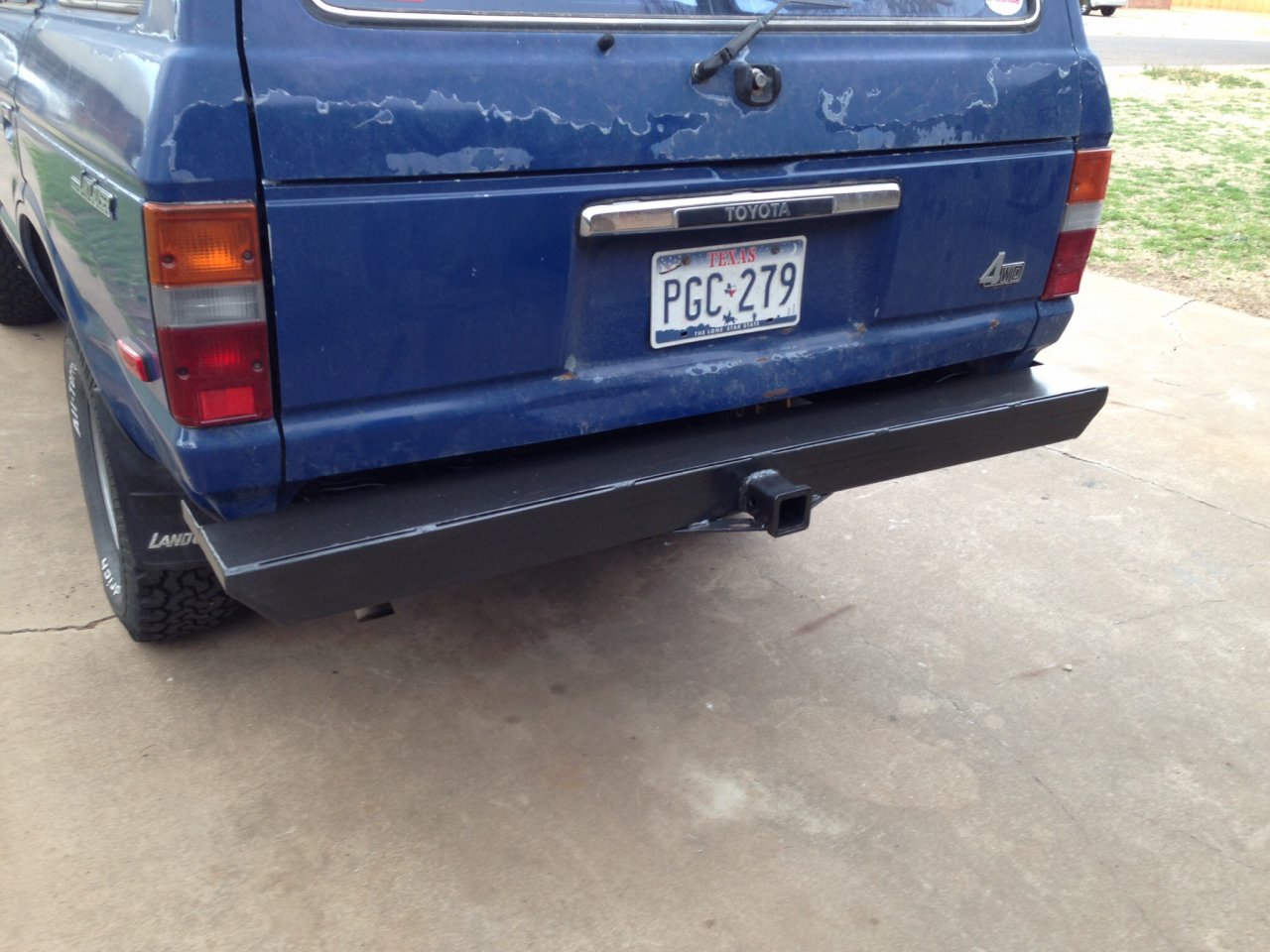 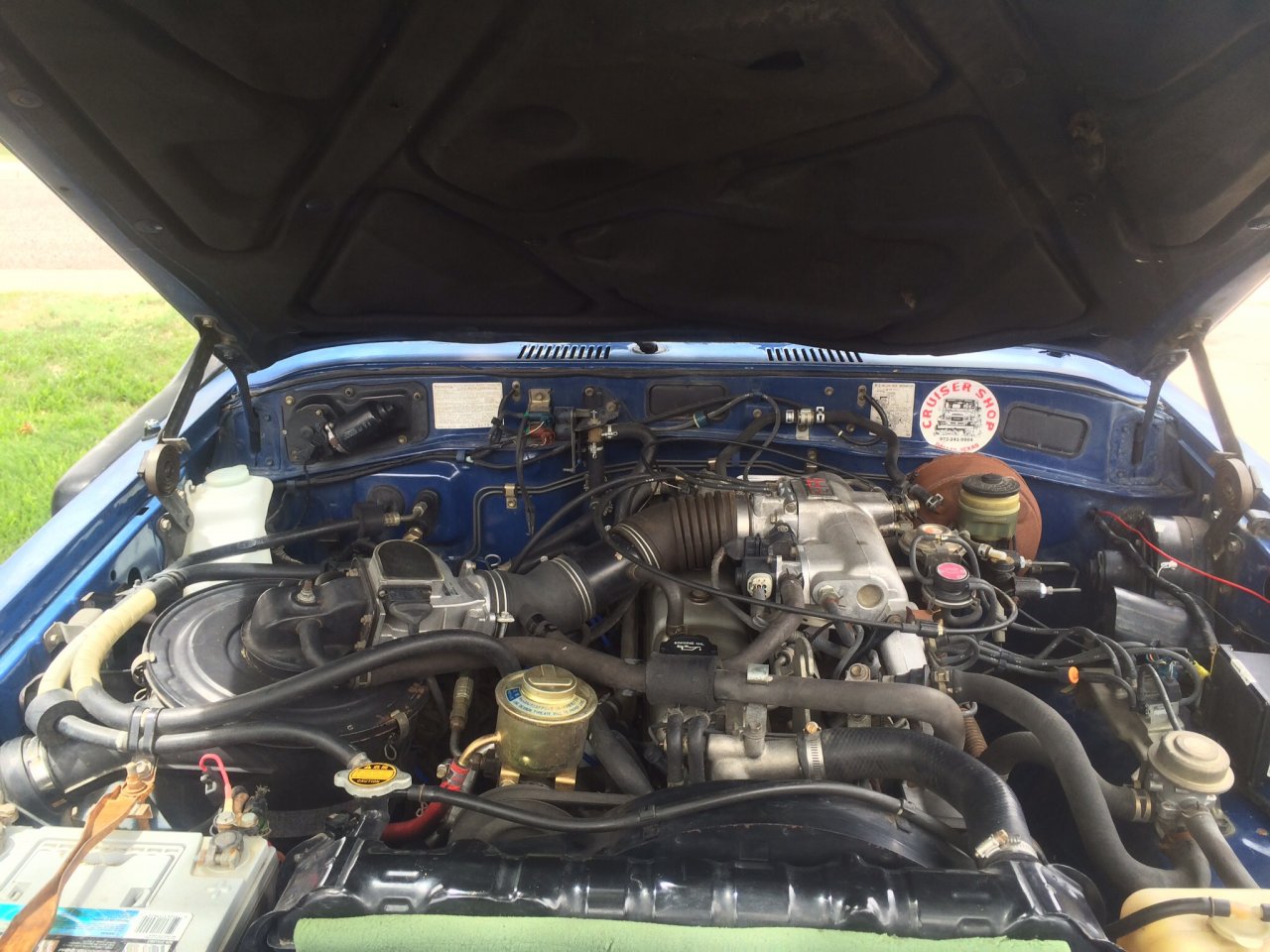 BEAUTIFUL 62!!! My wife and I have been desiring a blue one but we just can't afford it right now. Got a little man on the way in 2 weeks. We would go for it otherwise.

Interested in this fine ride. Any chance you can send me some photos of the passenger side and the frame to onemunk at yahoo? Thx, Scott
P

Congrats. Leave as it or Repaint to have a perfect 62. New buyer must be stoked.