going to the dark side, have a couple ??s

well, it appears the six cruisers in my yard might have a baby brother...i just told a friend that i would buy a toyota 4x4 p/u that his buddy's selling.

my buddy knows nothing except that the tranny's bad, he thinks his friend said it was locked up, and it was a runner before tranny went. drove by yesterday and looked through the fence, it appears to be a 87ish ifs 4x4 std cab.

i searched the forum and don't find any sort of vin number breakdown...does anybody have a way to decode the vin to figure out tranny/xfer/gearing/production dates/etc?

also, when the tranny locked up, guy was driving it...is there anything common that would cause this (outside of no fluid)?

It's not the dark side! It's the more afordable side! Here's some info on the vin plate.

Did the tranny truely "lock up"? That is pretty rare. Usually a bearing will start making noise before it goes. I drove my 86 pickup from CA to IN with a bad bearing, so they aren't weak by any means.
Jerod
'85 4Runner "Green Bastard" Ugly, slow, unquestionable pedigree.
JEFFERSON STATE CRUISERS
JSC FORUM

Welcome to the more affordable side of Toyota wheeling.

Marlin Crawler also has a lot of tranny information as well.

If it is a 5-speed, the carb trucks have a G52 or G54. If it is an EFI truck it will be the more desireable W56 series transmission. I have no clue about the toy truck slush boxes.

The input bearing and the rear countershaft bearings are weak points in the G and W trannies. To a lesser degree in the R series as well. If the input fails the pieces will trash the inside of the tranny as they get chewed through everything. Could easily "lock it up".


Mark...
There is no gain in arguing with a poo flinging monkey. While his gibbering and raucous cries of victory may seem obnoxious in your ears as you walk away, he will soon be quietly sitting behind his bars again and licking his own feces off his fingers as you carry on with your day.

Say that "It looks cool" to justify a mechanical modification and I quit listening.

Everyone's an expert on the Net

latest news, found out reverse and fourth are the only gears that work...broken shift fork maybe?
It's a 1F, they are too stupid to die. - jim c

So what's the problem?

Does the shifter move in and out of the other gears alright? And they just don't work? Or you can't get into the other gears?
Jerod
'85 4Runner "Green Bastard" Ugly, slow, unquestionable pedigree.
JEFFERSON STATE CRUISERS
JSC FORUM
L

Just so you know, the Dark Side is when you cut off all the IFS junk and SAS it.

Tranny for ya! I love my Runner for getting parts!

Tranny for ya! I love my Runner for getting parts!
Click to expand...

Ain't you done yet!

nuclearlemon said:
latest news, found out reverse and fourth are the only gears that work...broken shift fork maybe?
Click to expand...


Had the same thing with mine. Marlin said the main shaft was broken.

aw
Aren't you done yet!

nuclearlemon said:
well, it appears the six cruisers in my yard might have a baby brother...
Click to expand...


Ige, when I saw this, I thought I had made a believer out of you!

I thought you were getting one of these! 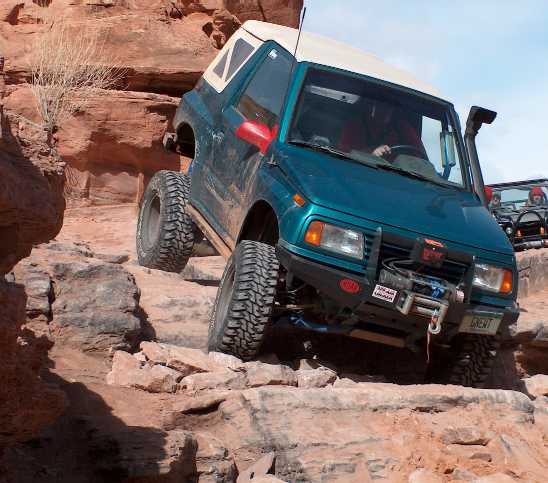 Bobzooki said:
Ige, when I saw this, I thought I had made a believer out of you!

I thought you were getting one of these!
Click to expand...

i didn't say pitch black side

Once you see how they wheel, you'll never go back

Romer said:
Still trying to figure out your Master Plan.
Click to expand...

i'm going to charge the battery today (not quite dead...enough power to make the cd deck almost play...but then it has been sitting for seven months) and see what happens as far as engine running and stuff working. nuetral is good and the shift moves all over the place, just the reverse and fourth gear that actually work. when it's running, i'll find out a bit more.

some rust on the front of the rear fenderwells, missing right mirror and antenna's busted, valance is dented (there's a surprise), and a dent in front left fender. inside, dash is cracked, missing both door pulls, no cig lighter, and hvac control panel is jacked up. that's all i've found so far.

guy i bought it from said it just got a new brake master and clutch slave a couple of years ago. he drove it for a couple years, parked it for about six months, drove it for a couple weeks, sold it to a guy he worked with and the guy blew up the tranny driving home. todd towed it to his lot, unloaded it from the trailer and that was the end...it sat for the next seven months. 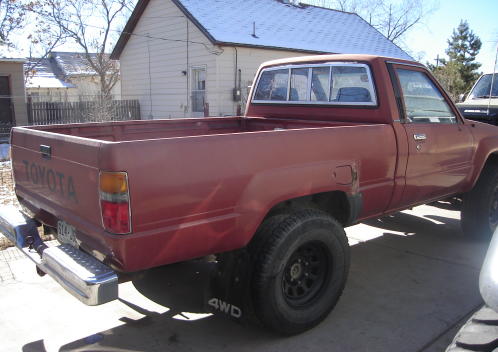 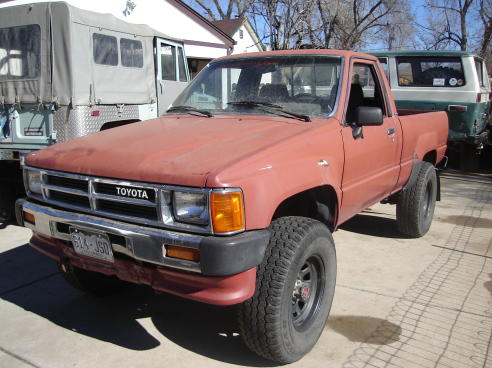 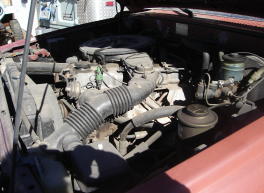