In my continuing program of chasing mysterious causes of P-codes. . . I replaced my fuel pump assembly on Friday. It only took me about 2.5 hours from start to finish (including removing the ARB fridge which was situated on the seat behind the driver (directly over the access hole). The hardest part was getting the tank straps back into place - hint, attach the linchpin side first then replace the frame side bolts with something about 3/4" longer so you can engage the threads quickly and then draw it up. A longer bolt won't interfere with the frame bracket. 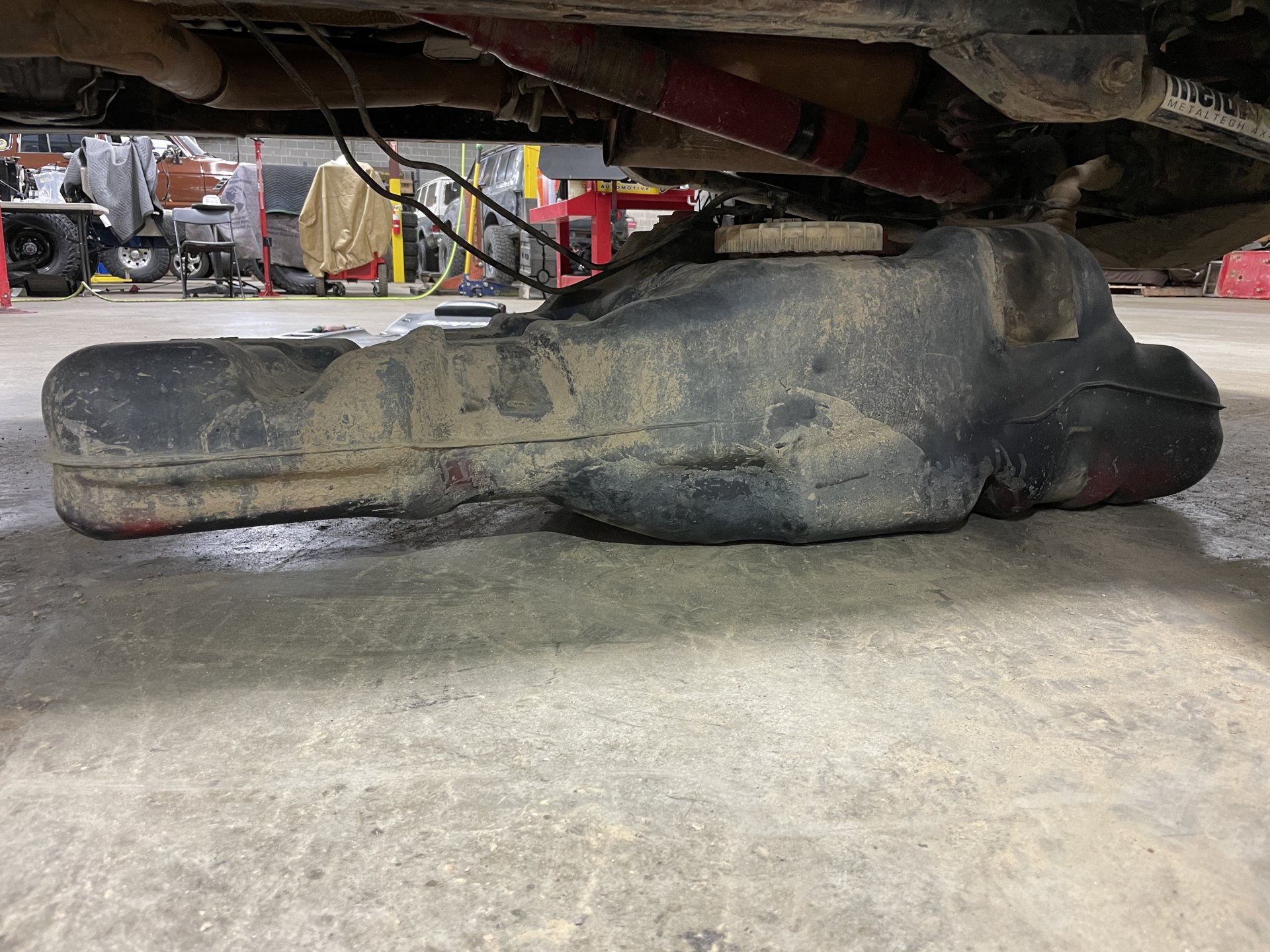 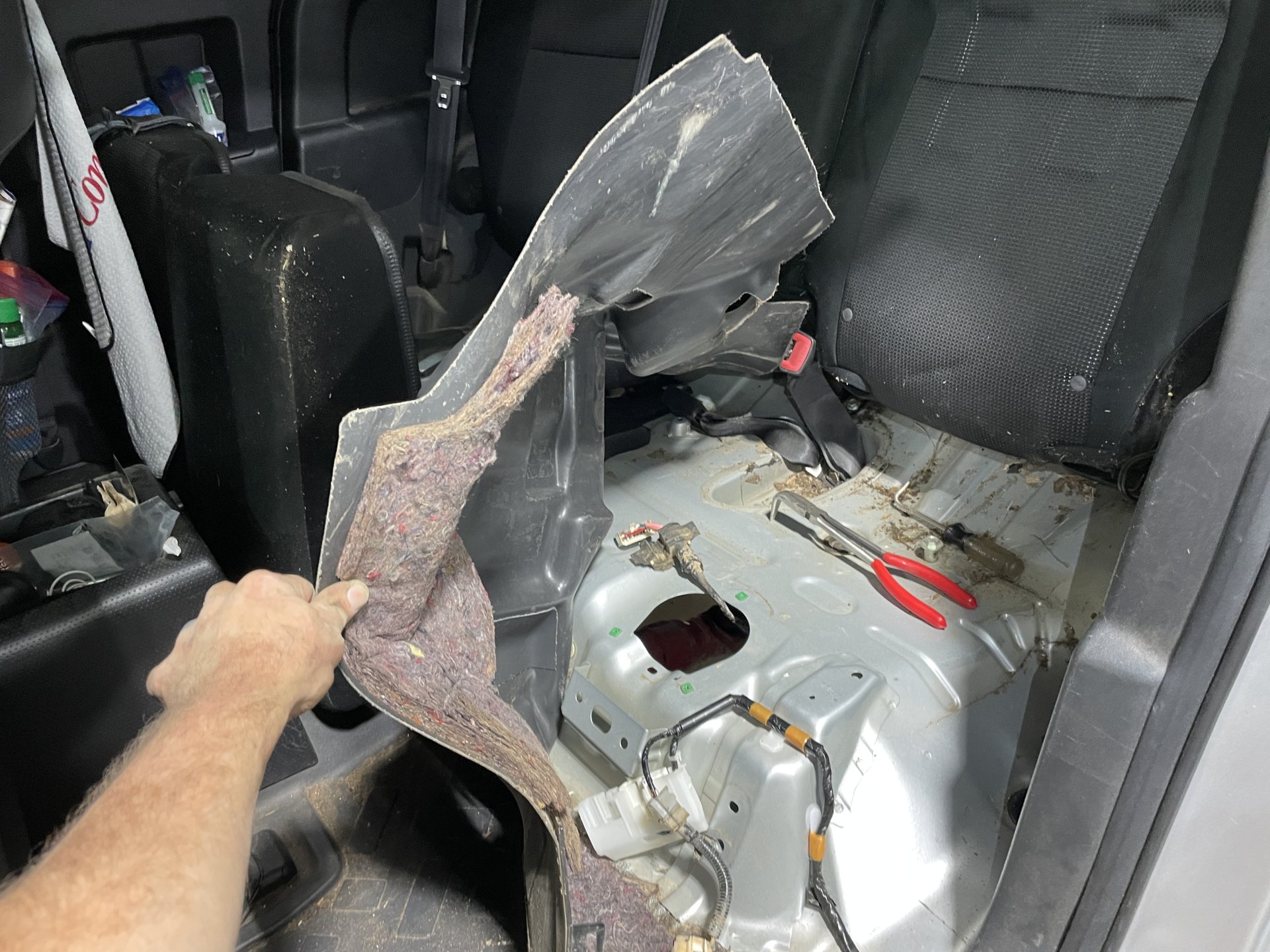 Washed 15 years of collected dirt off the top of the tank. That baffle in front of the main access hole is about 4-5" deep and stuff never escapes. 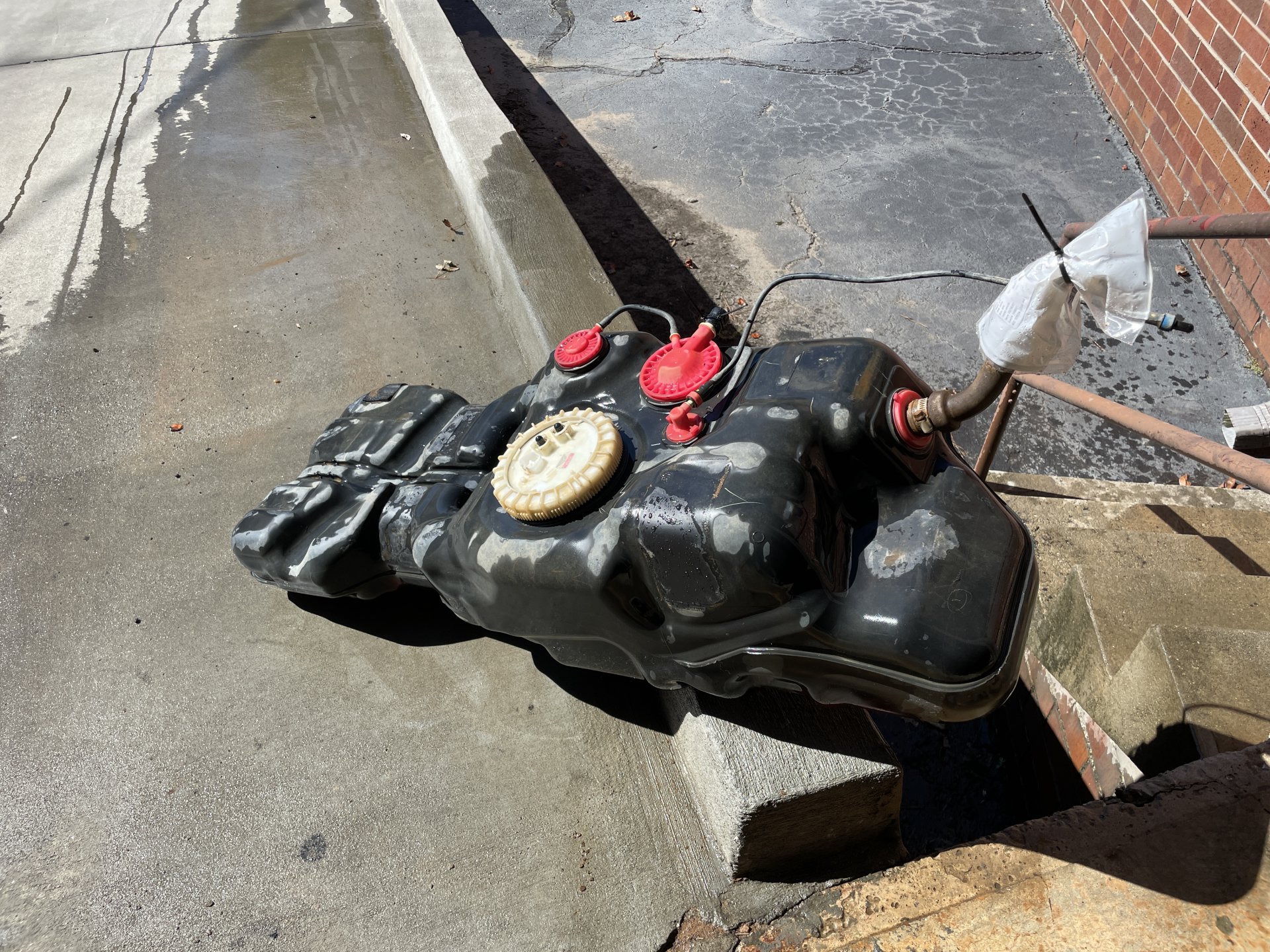 All the fuel lines still looked good too. 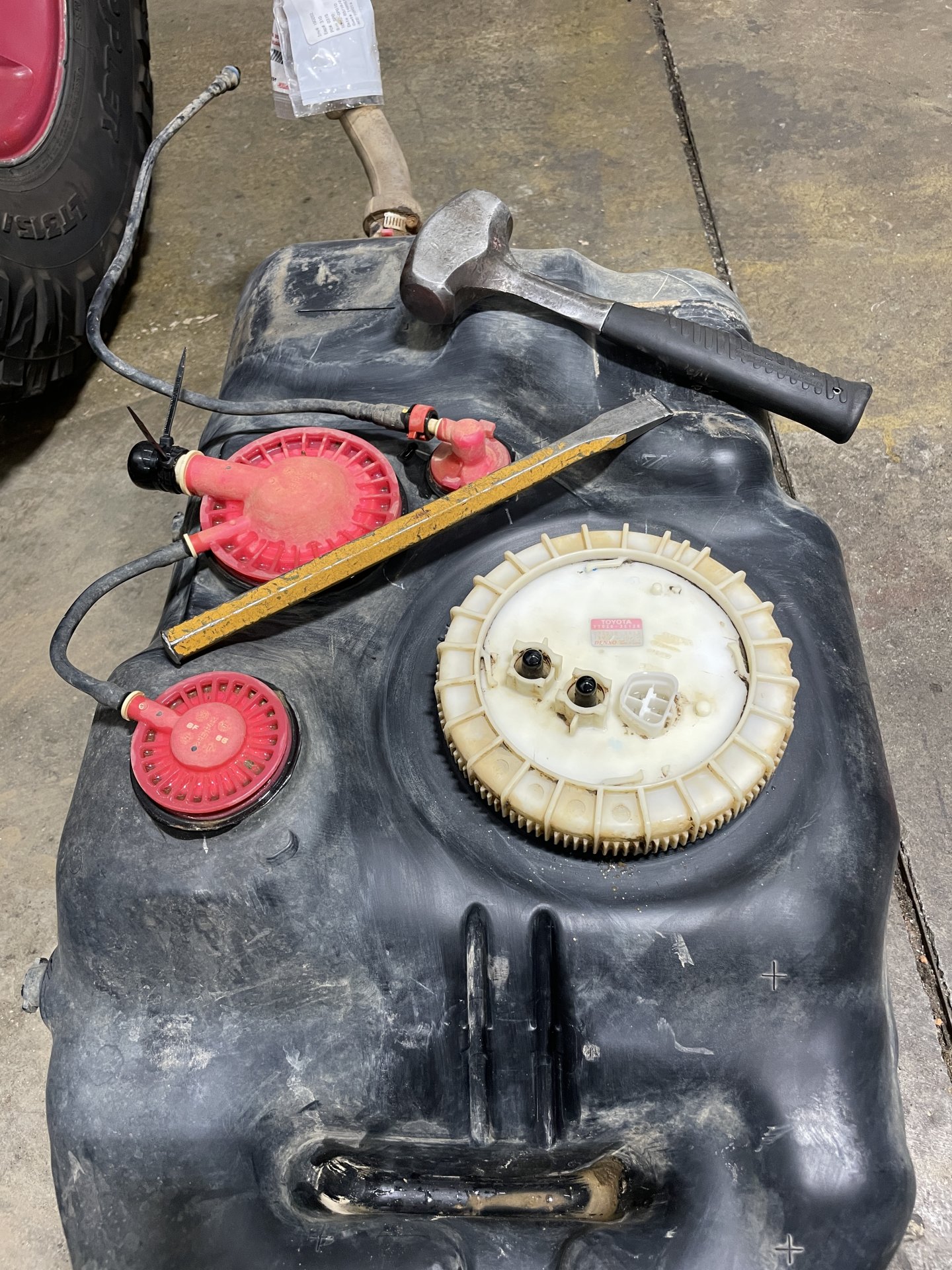 I don't know if this is standard on all Toyota trucks, but the whole assembly is spring loaded. When fully installed, it holds the pump assembly against the floor of the tank. 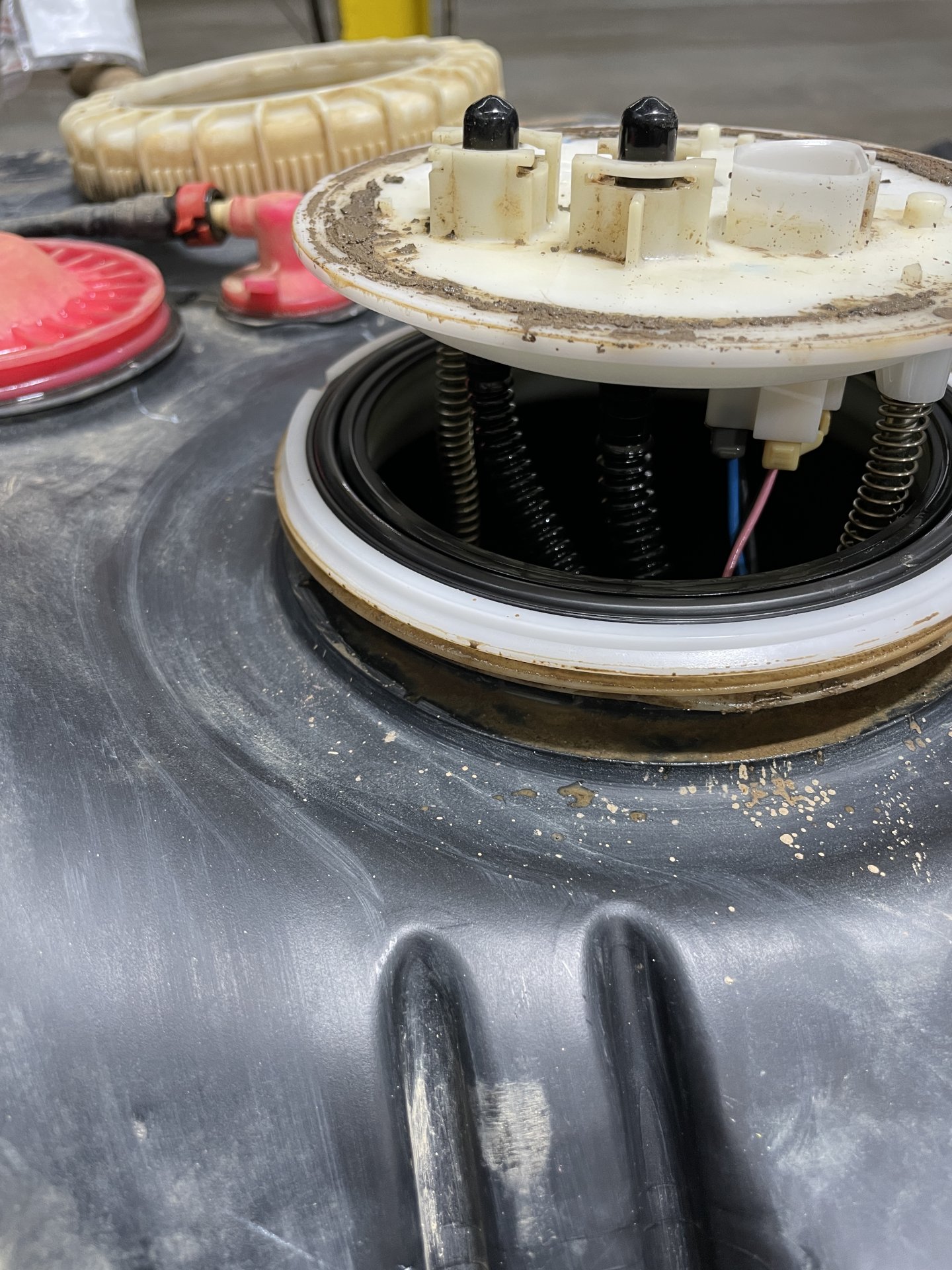 The filter "sock" is buried deep inside the pump assembly "bucket". Nonetheless, it looks pretty clogged up. By the way, you can disassemble the pump down to all the components, but Mr. Toyota does not sell any of the individual parts. . . like this little sock filter, or even the pump motor itself. 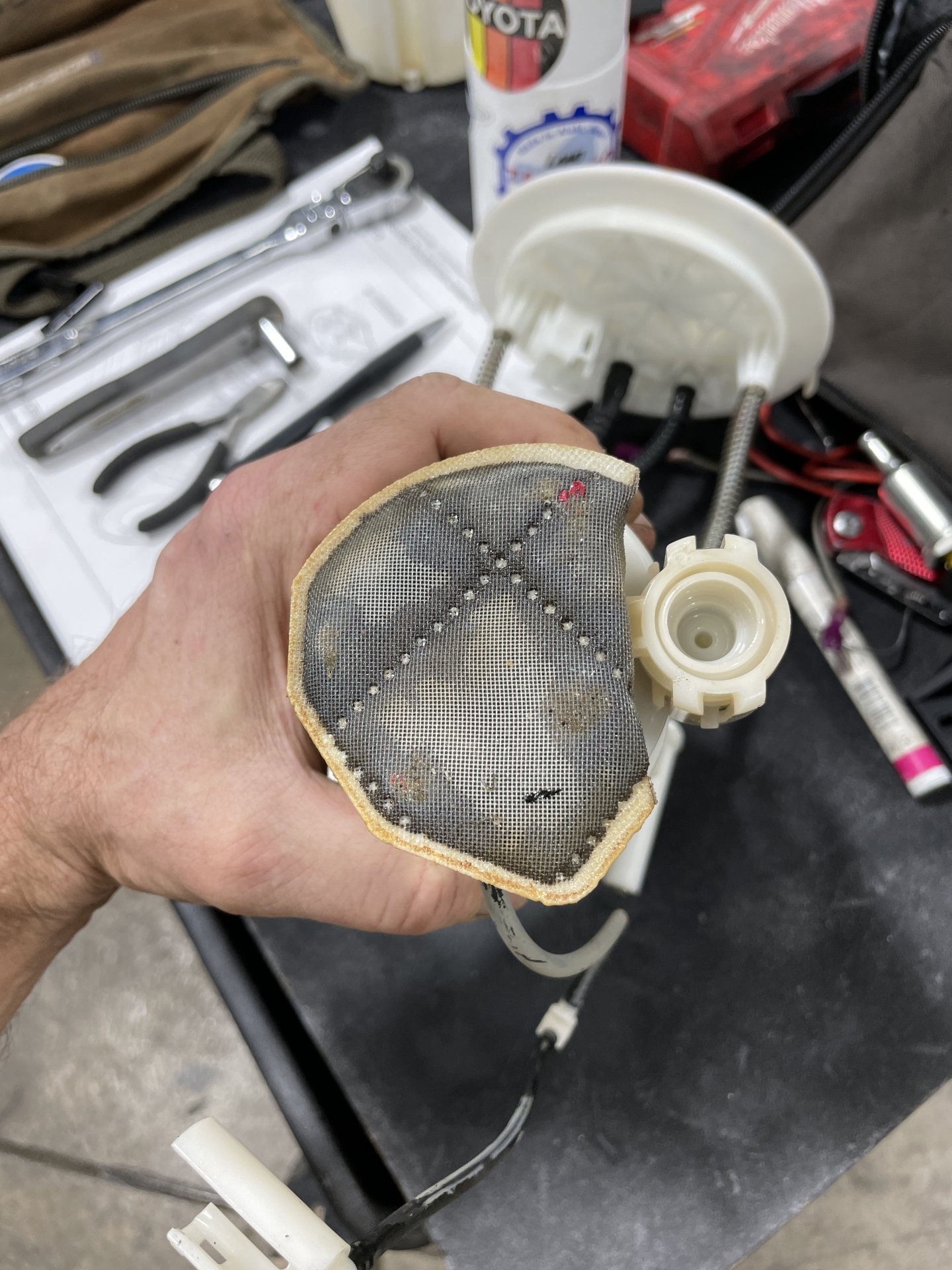 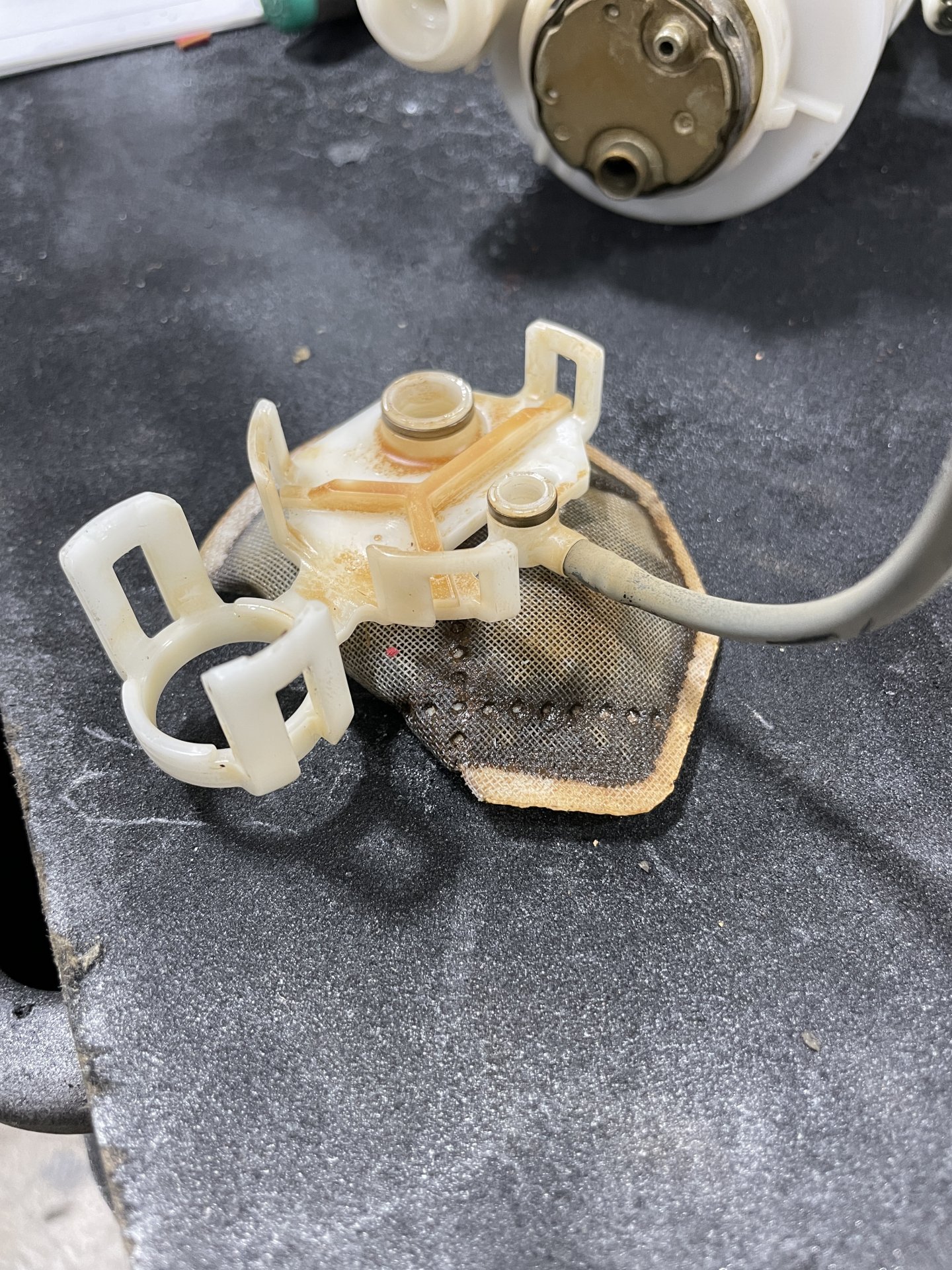 Being curious, I cut the edges off and opened it up. There's a funny little man hiding inside 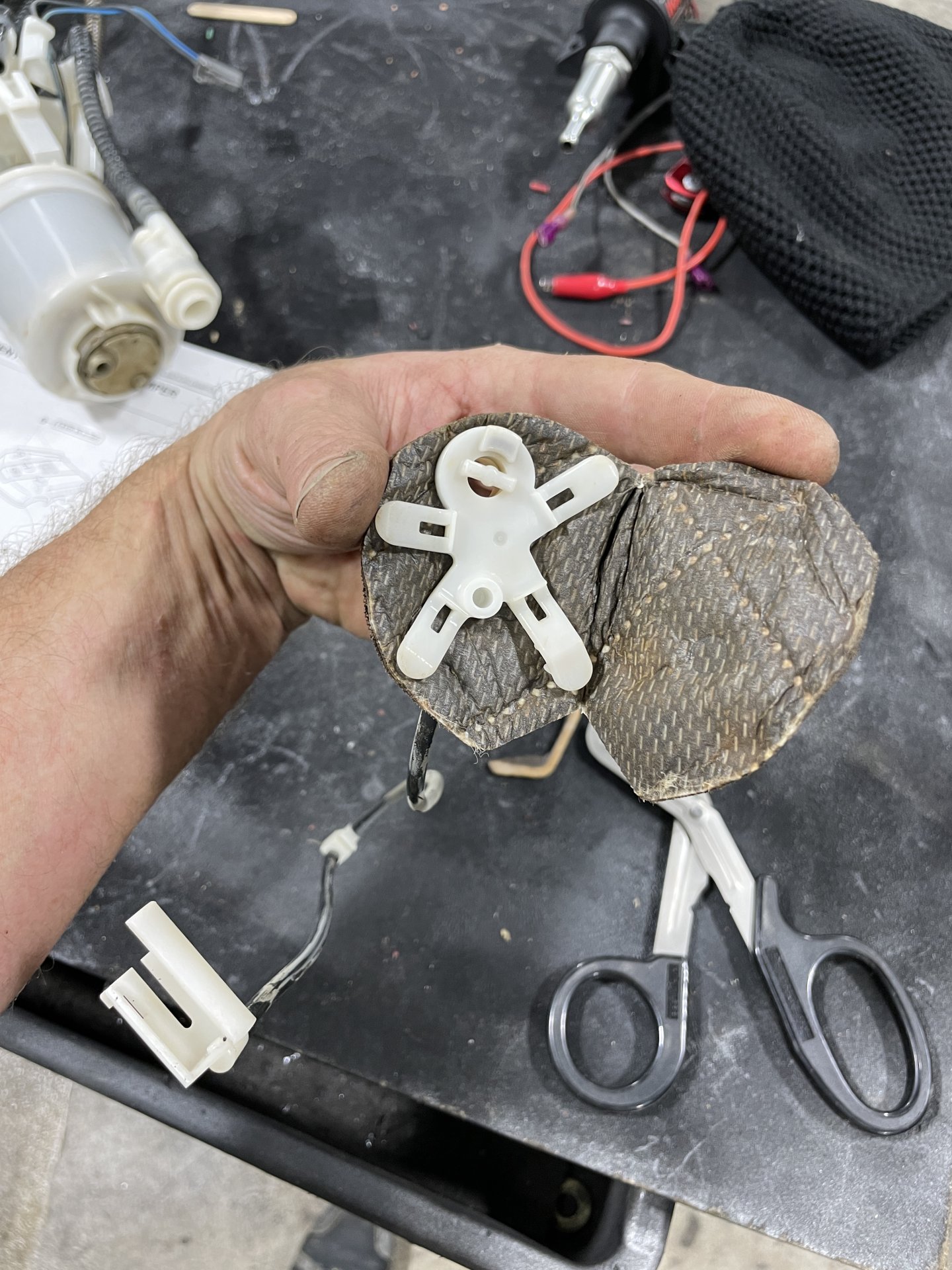 You could replace just the pump and filter sock if you take the assembly apart. Key point - the discharge port on the pump doesn’t come with the o-ring. I just transferred the old one, it was in good shape. I lowered my tank with a floor jack. The only issue with that approach is you should put the truck on jack stands to get high enough to get the tank out from under. I replaced mine at 210,000 so I didn’t end up getting it towed someplace to do the pump. 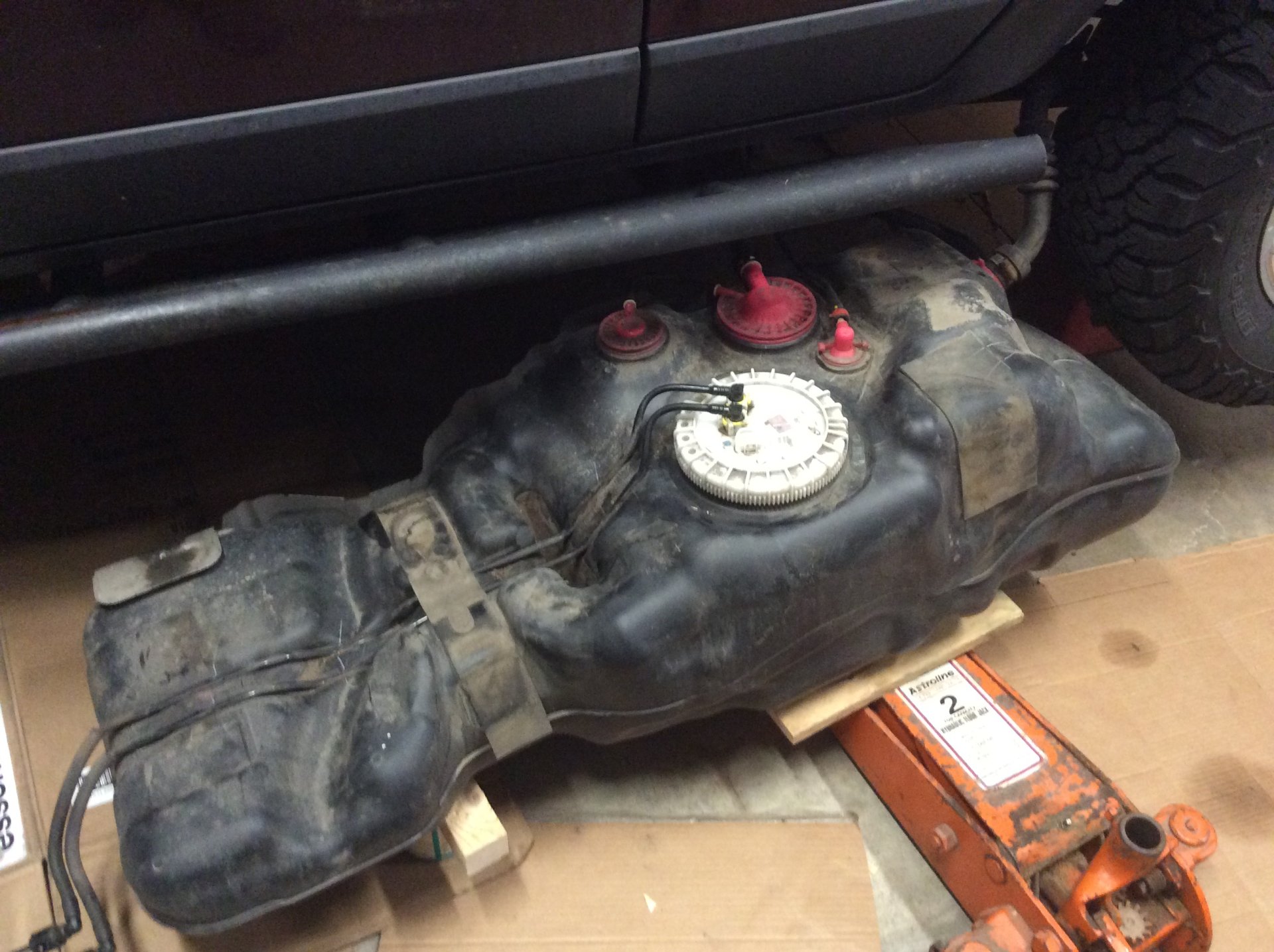 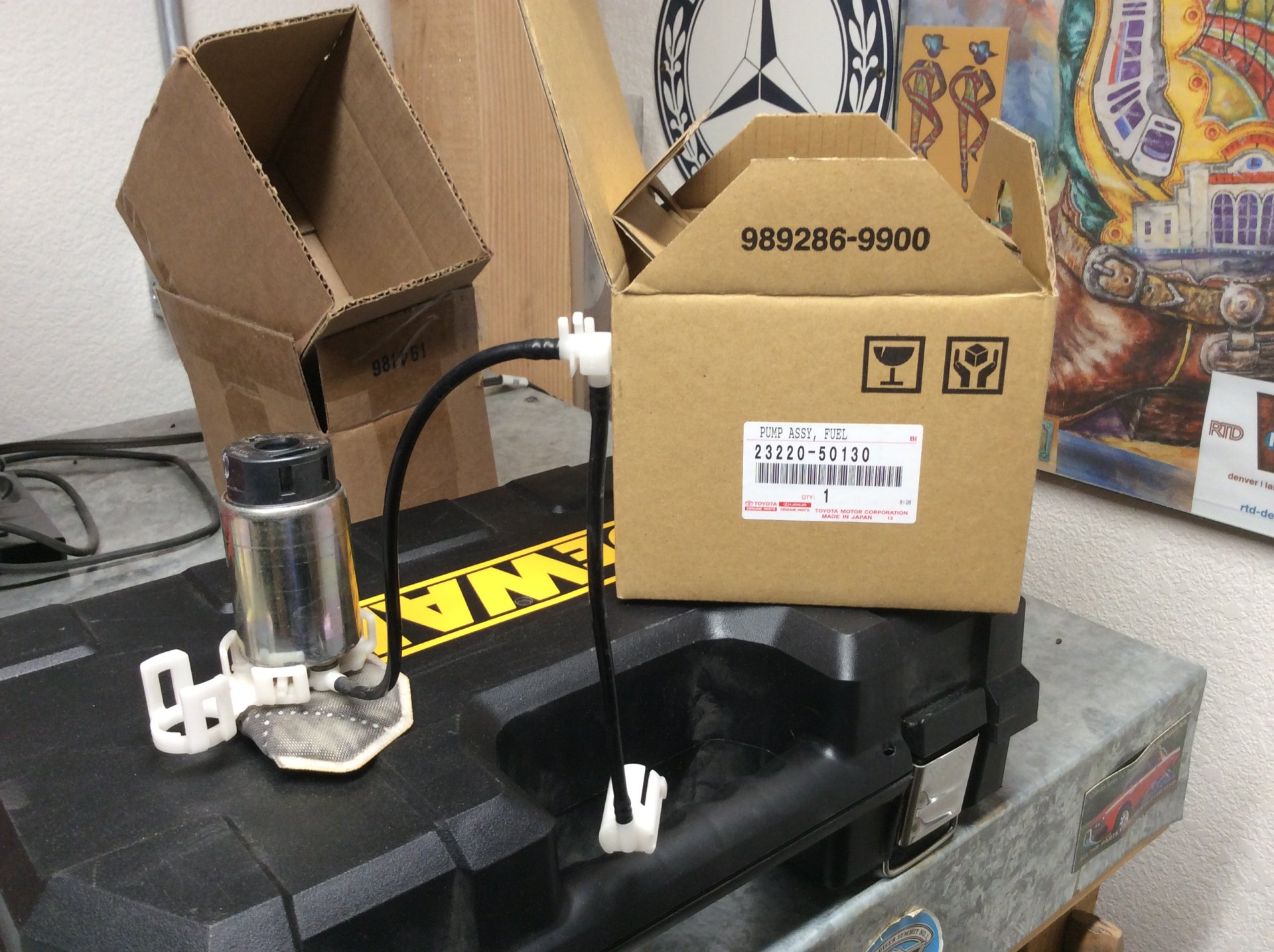 BMThiker said:
I don't know if this is standard on all Toyota trucks, but the whole assembly is spring loaded. When fully installed, it holds the pump assembly against the floor of the tank.
Click to expand...


any fairly new toyota will have that design sender, car or truck. i think the trucks switched over when the went to plastic tanks not sure on the cars and suvs
You must log in or register to reply here.

B
Panhead bar mounting bracket broke ? Is there a Weld on replacement bracket anyone knows