Georgia car for all its life until I bought it 2yrs ago and took it to TN. I'm the third owner, 2nd owner had it for 20yrs. It was my daily driver for them 2yrs but we've recently left the country(back to Europe) so it needs to go. The car is currently at the parents-in-law house in Fredericksburg, Virginia.

When I bought the car I took it to Import Support TN as he was the ex Master mechanic for Toyota Clevelan, TN then went independent.
Went through all the pages on the forum of what PM's to do when you buy a LC and ordered all OEM from Toyota online suppliers. Head gasket, all rubber pipes and grommets, distributor guts, valve stem seals, etc etc etc.
Car runs totally fine, doesn't over heat or miss a beat.
Has Slee extended braided brake hoses from caliper to axle and axle to frame.
New OE calipers on the front as the FL seized.
BFG KO2 305/70r16 all around brand new a year ago, spare is a KO2 underneath but 1 I bought used so it's old but it's a full size tire in emergencies.
PO replaced the front leather seats and dash.
Front axle needs rebuild. I bought everything to do it but just didn't get around to doing it.
New birfields, drive flanges, axle rebuild kit from low range off-road with KOYO bearings, 54mm socket, greases.
Currently has Prestone antifreeze in it which has been great for temps but I bought Toyota Red and was going to buy another to swap that in after a flush.
Bought a new tailgate "Land Cruiser" badge.
Washed and waxed the car just before leaving and the buffer obliterated the weather strips on the windows.... I was fuming afterwards, so they'll need replaced.
Radio antenna motor works as you can hear it but the antenna doesn't go up or down, was on my list to do.
Hand brake/emergency brake doesn't work. After the front axle I was going to tackle that.
The diff locks just flash when engaged, never got around to looking in to it as I was still going through all the rest of PM's.
I removed the ABS module and it made the braking so much better(for me), still have the module so it can be reinstalled if you like.
Installed is a OBDLINK LX Bluetooth scan gauge.
20% 3M Ceramic window tint all around.
Low pressure pipes on the power steering pump as seeping.
Only rust on the car is on the tailgate under the Toyota sombrero badge.
PO sleeved the exhaust pipe just before the muffler, it's been fine with no leaks or vibrations but could be changed.
Charcoal canister was bad so that was swapped to the Autozone one everyone buys, that did the trick straight away with new hoses too. Still have the canister.
Window runs need to be replaced as they are slowly the windows down.
The PO told be that a wrangler revered in to him at a parking load and put a light dent in the lower tailgate. They went through insurance and he got $400 to pop the bent out but didn't bother. It's on the Carfax as well as the Toyota Atlanta dealership he had it serviced at while he had it.

Can't think of anything else right now, I'm trying to be as honest and transparent as possible with the car. Me and the family used it to drive to FL and back, MO for Thanksgiving, Fredericksburg VA 4-5 times all from Chattanooga TN where we lived. Never broke down or had an issue or engine light.
I have no idea what 40th anniversary's are going for or what condition they are in. I feel this is a fair price.
Any questions or if I've messed up in the advert please tell me. 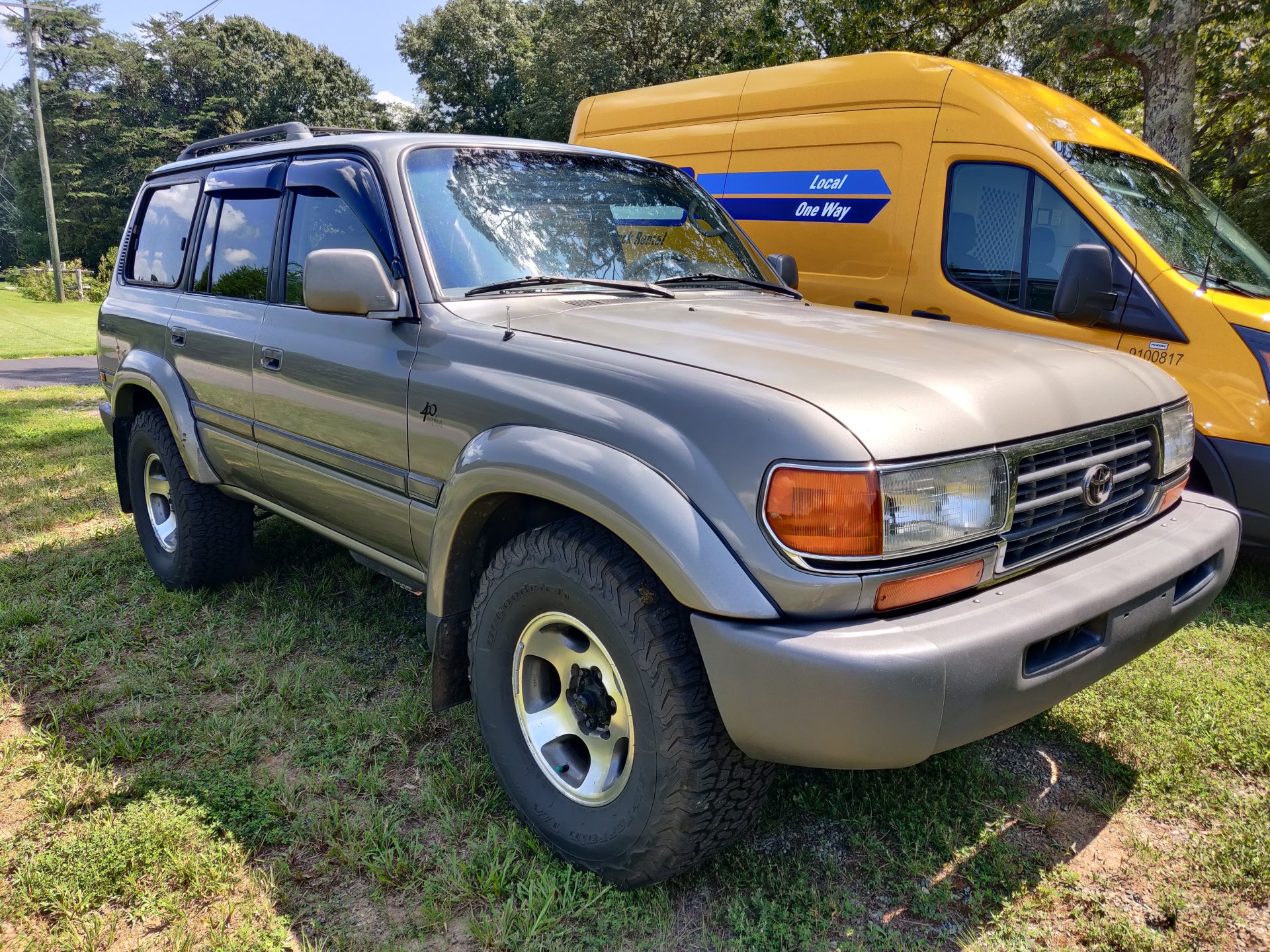 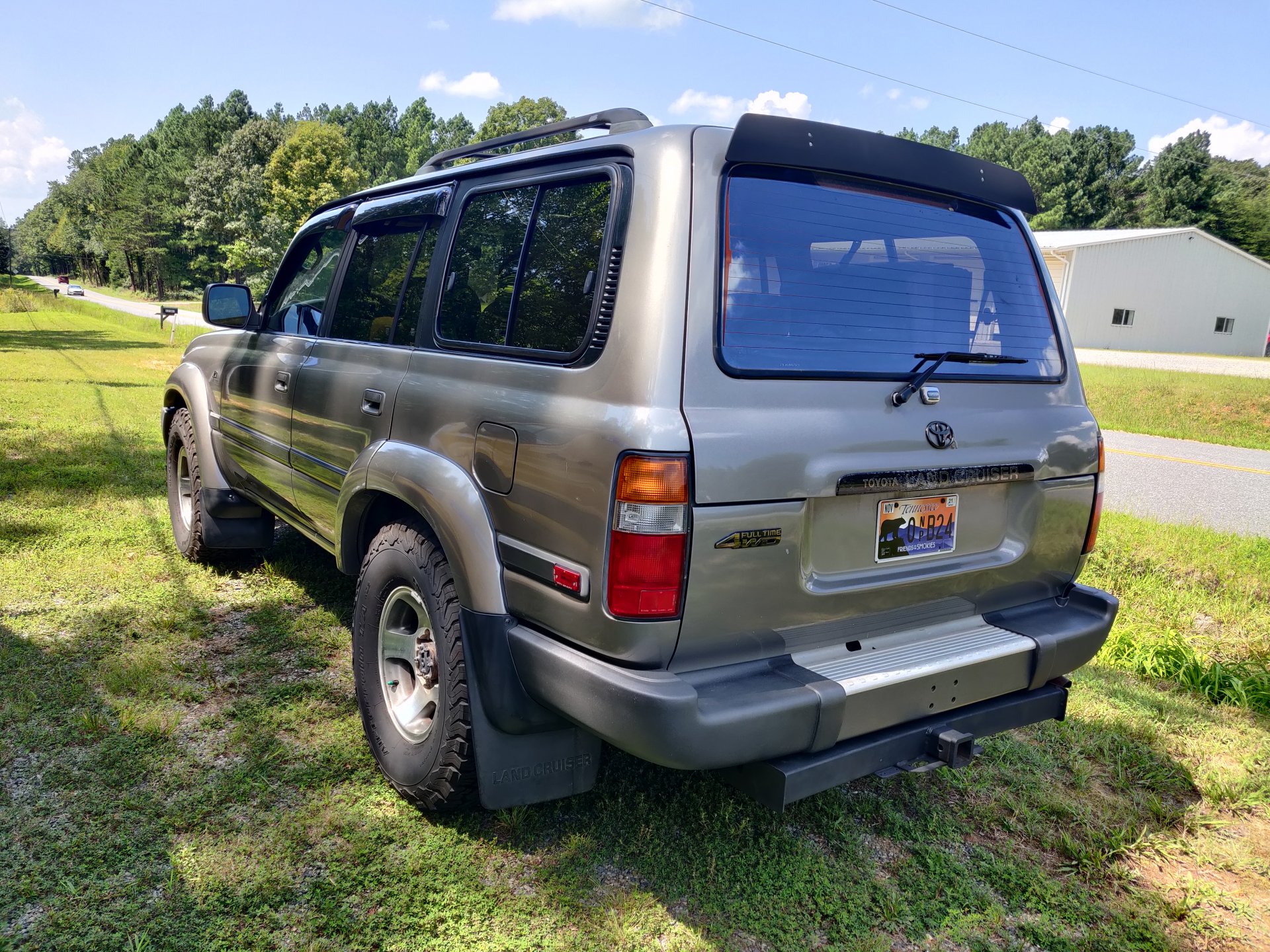 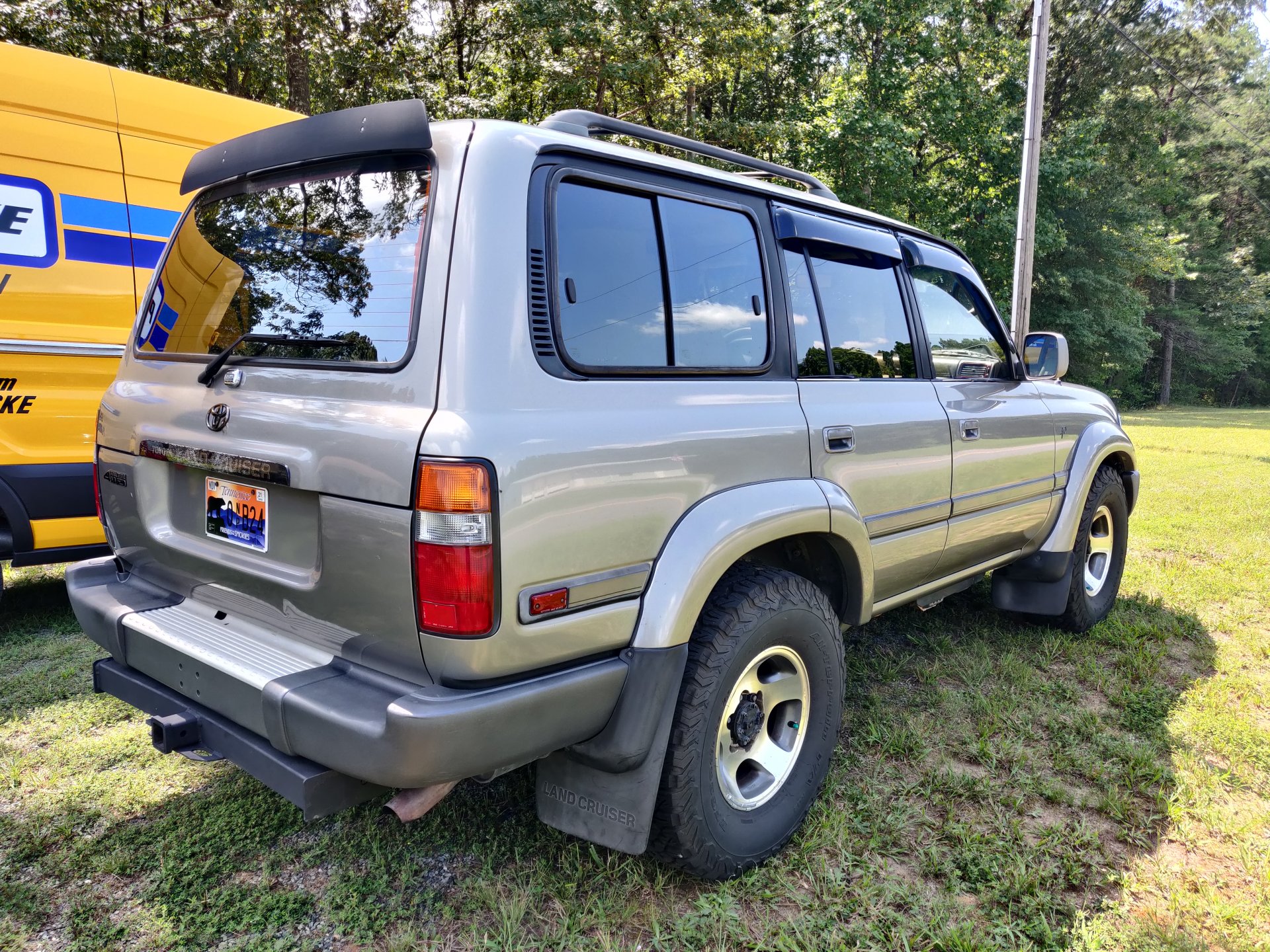 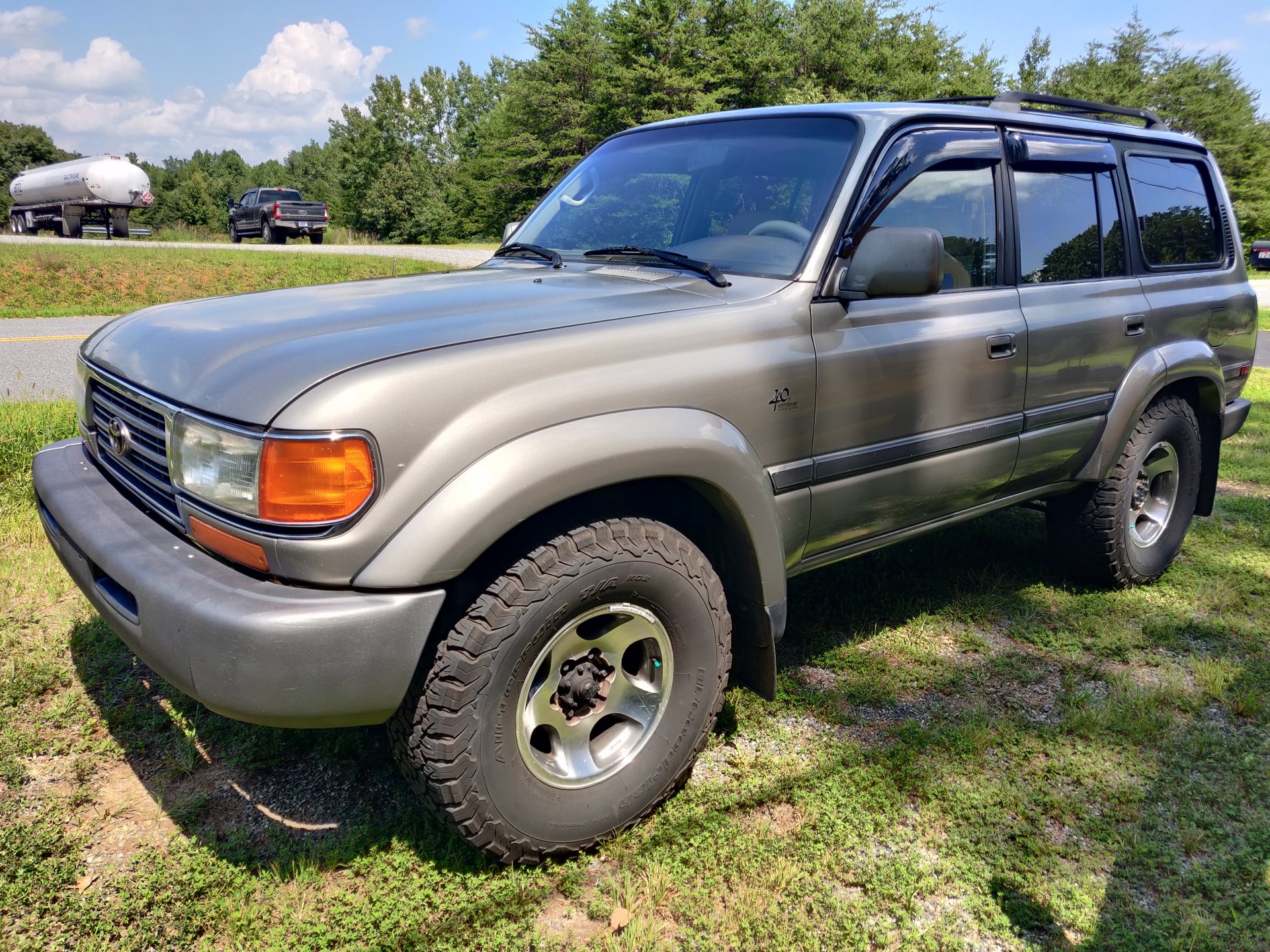 Nice 80, in my opinion, I think your front and rear lockers not engaging is an issue for sale price too. If that was resolved, I think $14K is more than fair. That can get expensive quickly from what I understand.
A

Only $14k compared to what's available on the forum right now in that price range for the model, year, PMs and condition, I believe is fair.
But ultimately that's for the buyer to decide.

Agreed, hard to believe this is not sold already.
A

I'm just trying to sell my car mate....
If you're interested PM me and we can talk shop.

Well, good luck with that.
You must log in or register to reply here.