I understand 1 1/4" is reasonably painless.

Where are you planning on getting those towers, I'm thinking of doing the same thing. And do you know what diameter the ford stud is? I'm running into limited availability with the 19mm lower front studs on the 60 and it looks like I'll have to tack some new hangers to the axle.

What shocks are you going with?
F


@caserique
You should be able to run any diameter pin through it, with modifications. I guess if I ever get that far I'll measure the distance and work from there. Hey kevin what shocks did you put in your ford towers?

I have many leather-bound books and my apartment smells of rich mahogany.
F

Why beat the S#*t out of your cruisers? Body lift or do like I did do a nice cut of the sheet metal and wrap with protective rubber mat if you need to. See my Mojave build thread. Then you can run Bilstien 5125's.

Why the need for the extensions?

I massaged the inner fenders on my 60. I went with the cut a hole route with my Mini and I've regretted it ever since. On the 60 I fit 8" stroke Fox remote reservoir shocks mounted to the axle Mini style, to the top of the axle tube as close to the knuckle as I could get them, and still fit the Ford towers under the inner fender liners. Massaging the inners was a chance to learn how to move sheet metal around. Mine look a bit like a bag of walnuts, but they're not bad.
My opinion is worth what you paid me for it.

ntsqd said:
I massaged the inner fenders on my 60. I went with the cut a hole route with my Mini and I've regretted it ever since. On the 60 I fit 8" stroke Fox remote reservoir shocks mounted to the axle Mini style, to the top of the axle tube as close to the knuckle as I could get them, and still fit the Ford towers under the inner fender liners. Massaging the inners was a chance to learn how to move sheet metal around. Mine look a bit like a bag of walnuts, but they're not bad.
Click to expand...

ntsqd: On the 60 I fit 8" stroke Fox remote reservoir shocks mounted to the axle...
Click to expand...


I want to go the fox 2.0 route too as they served me well on my '06 Cummins but I'm worried about getting the stud diameters right on the 60 before I order the parts. Should I get a hold of the towers first and run all my other shock mounts the same as that? And what diamater is that anyway? Valving? Happy with them for the $?

Advantage of mounting to the "Mini" location is that it is closer to the wheel, so the shock has less leverage (AKA "Motion Ratio") acting against it so tuning the valve stack should be slightly more linear than the stock location.

Valving is whatever Mirage Racing suggested as a starting point. It's written on the shock body, but I don't recall it well enough to repeat. I bought the shocks used off of the rear of a chase/pre-run truck.

Most all of the mono-tube shocks use a 1/2" bolt through an SRE at both ends, unless they have a urethane bushing in the eyelets. Then you can swap the bushing to match whatever stud you're mounting them on. Energy Suspension makes the bushings in 3/4" (~19mm) ID and, I think, 5/8" (~16mm) ID.

I deemed 8" stroke to be enough based on calcs and crossing up the OME's as much as possible in my driveway. Ultimate articulation isn't my goal.
My opinion is worth what you paid me for it.

Thanks, ntsqd-- that bushing/stud question had me perplexed. I didn't want to be limited to OEM style shocks but I'm not in the position to replace all 8 shock mounts this time around.

I'm thinking the same thing. I just want a pre-runner-like ride with nice constant hookup on rough but drivable terrain.
Click to expand...

I should point out that my mounting position hasn't really been tried out too much. I don't know how well it's going to work. Shortly after putting those shocks there I pulled the engine to start the TPI 5.7L swap.
If someone decides to copy this position they should know that they're heading into relatively untried territory (AFAIK).
My opinion is worth what you paid me for it.
D

Can the ford tower be notched and bent such that it clears the inner fender well? Or does that create other interference problems (such as hitting tire)?
B

I can tell you notching the tower forward toward the wheel may work but be cautious. I used stock position and can still hit the shock body with the wheels unless travel is limited. Also depends on suspension and travel. You also get some funky shock angles as you move outward. 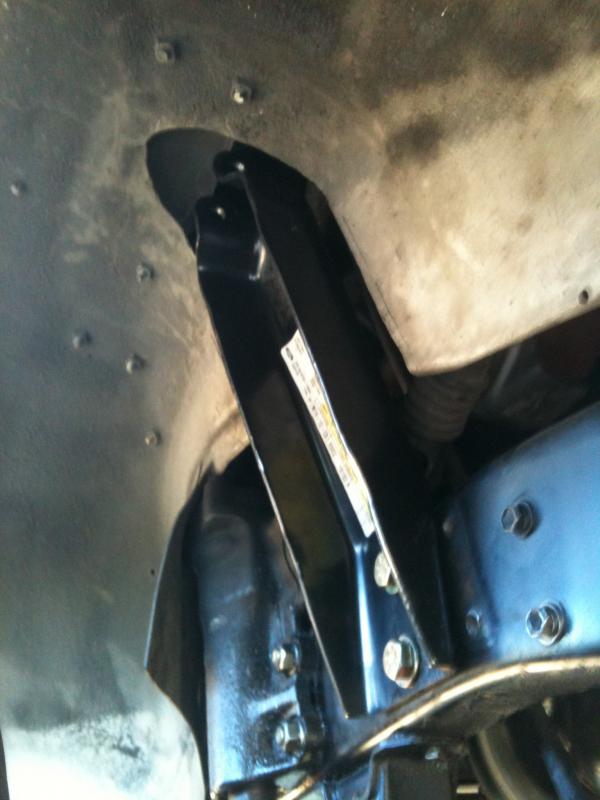 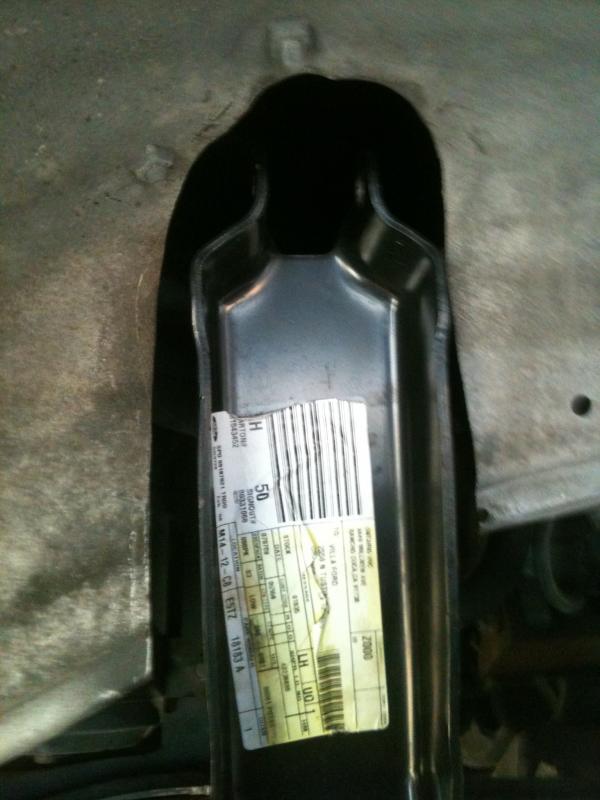 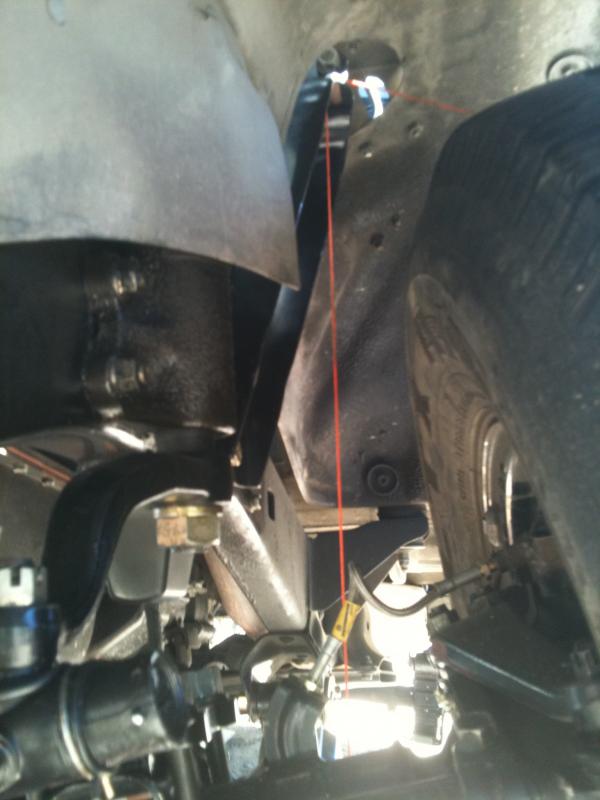 flashingcurser said:
@kevin
How much beating did you have to do? Less than an 1 1/4"


Hey kevin what shocks did you put in your ford towers?
Click to expand...


about ten minutes worth yeah, less than 1 1/4", just enuf to get it flush against the frame

I just did a little measurement of my flex and found my stock shock mounts were pretty sufficient for the amount of travel in my springs.

Is the major reasoning behind the higher front mounts that you're:

1. Compensating for new lower front mounts (on the axle)?

2. That you're running longer travel springs (mine are 2.5" lift) so you need more travel?

Oh and I already know they look cooler, I get that one

For those running ford chock towers .. I'm panning to cut them the inclined part ( where the holes for the bolts to the frame are ) to I have less interference shock / tire ..

If you cut that part and leave only the flat part of the tower, it can be flat and in the same line of the frame, less mods to the innner fender, smaller shock ( my lower mount will be in the axle so plenty shock still ) and more clearance when flexing ..

How it sound ?
HJ-60 2H-TI Tencha
VDJ76L-RKMNYV - Cleopatra
Cruisers on my mind, blood and soul !
Join us at our local Panamá Off Road Forum
if you are achieveing the max boost then it isn't the boost that is going to kill your engine... it is your right foot.
You must log in or register to reply here.