Just finished blasting these engine mounts but have no idea what year the brackets are from. They were pulled off 4 speed bell housing. Can anyone identify these? In particular, what is the bracket with the blue arrow? 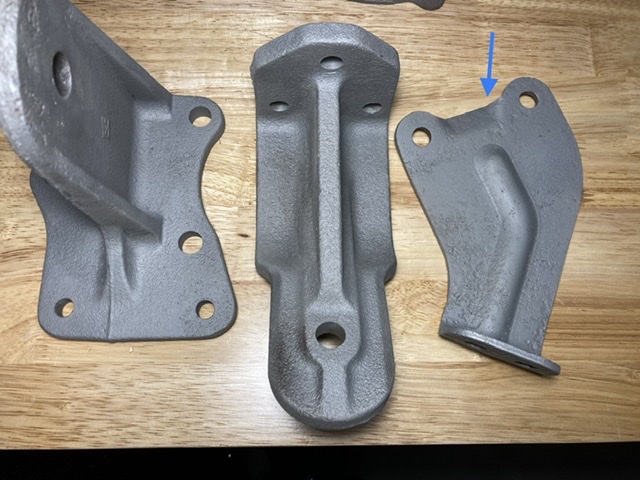 Ackcruisers said:
Does anyone know if the bracket shown with blue arrow is for the exhaust down pipe? I’m stumped.
@Drake2 @brian @3_puppies ?
Click to expand...

Pretty sure I've never seen that bracket before, but most of the cruisers I buy/find are missing more pcs than are left. . The other 2 brackets I have small piles of.
Pole Barn - Pole Barn Build Thread (Only took 30 years)
67 FJ40 Build (1989) - 1st Build Thread...28 years late (El Cajon - The Box) SOLD

Look on the left side of the engine block. See if there is a place that the bracket would bolt to and them clamp to the exhaust pip.

Living in the Past said:
Look on the left side of the engine block. See if there is a place that the bracket would bolt to and them clamp to the exhaust pip.
Click to expand...

I went through my photo archive and found the bellhousing I removed this bracket from. it was attached to the drivers side of the bell housing as shown. No schematics have shown this style bracket for exhaust. 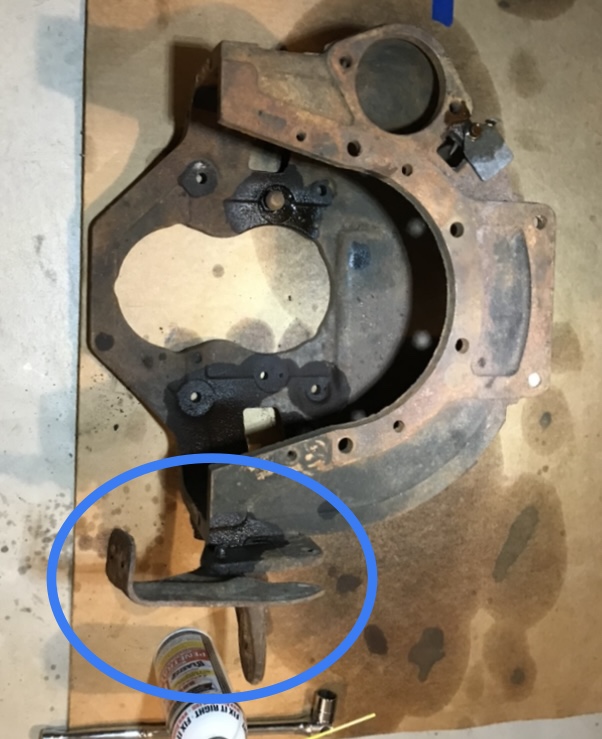 It is likely not OE as @brian mentioned. 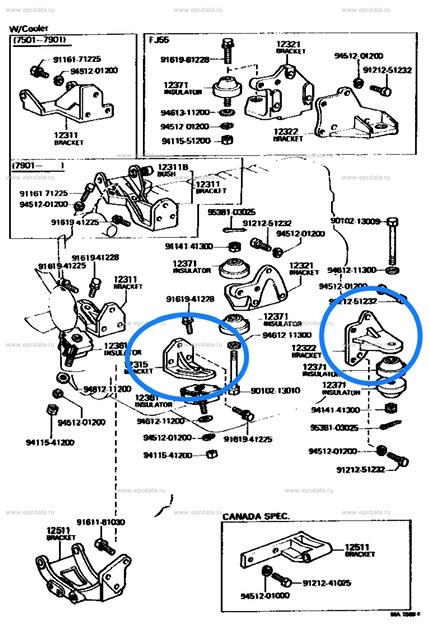 Ackcruisers said:
I went through my photo archive and found the bellhousing I removed this bracket from. it was attached to the drivers side of the bell housing as shown. No schematics have shown this style bracket for exhaust.

View attachment 2941925
It is likely not OE as @brian mentioned.

Check the exhaust diagrams. I show a bracket closer to the exhaust manifold. Do you have that one?

Was that on the four speed bellhousing you bought for the three speed to four speed conversion? Doubt it's aftermarket with that stamped rib. May be from a different vehicle.

Do you have the bracket show in the diagram already. In my pile of exhaust parts have two first section of exhaust that have a bracket still attached. This were off cruisers getting a V8 at a shop.

Yes, the image above is the actual bellhousing I used for my H42 upgrade. When I got it, I removed the engine mount that had the bracket attached. Was not sure what truck this came off of. My schematic of a 1976 FJ40 exhaust down pipe showing bracket is attached. My setup currently has no bracket. 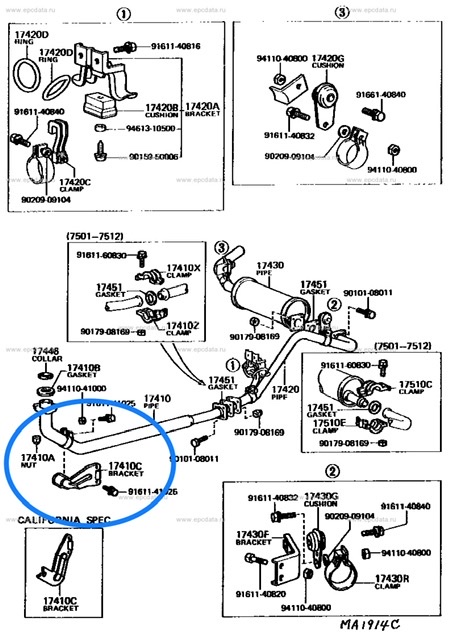 I have a 10/75 (76 model) and a 10/79 70 model with a very early 2F installed. Neither are here and can't verify the bracket. The two early 2F I have in sixties cruisers both have been switched to headers. I switched my 68 to a header years ago but kept the stock manifold and switched back later.

Here are the two brackets I have currently still attached to the exhaust pipe they came with. 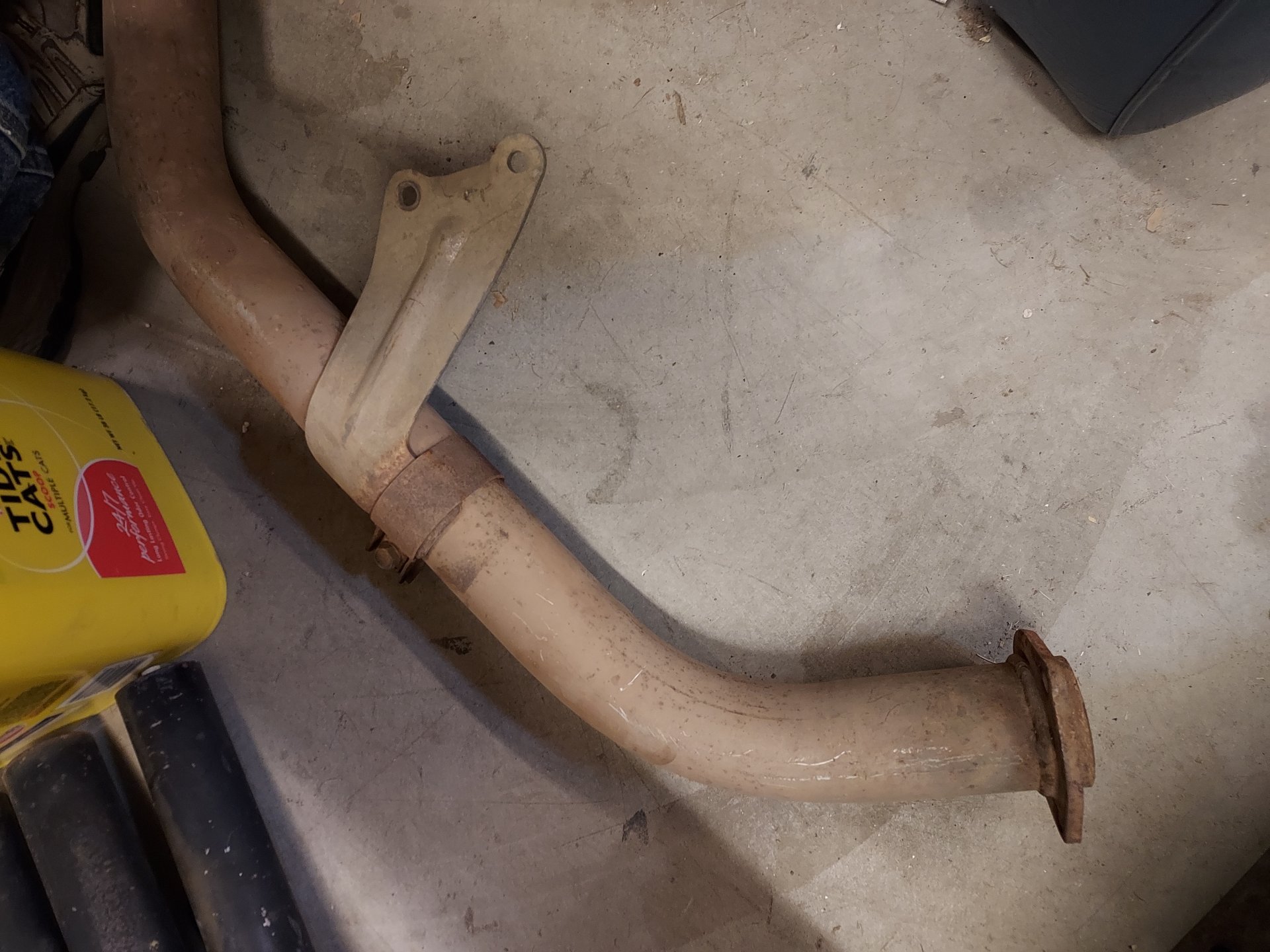 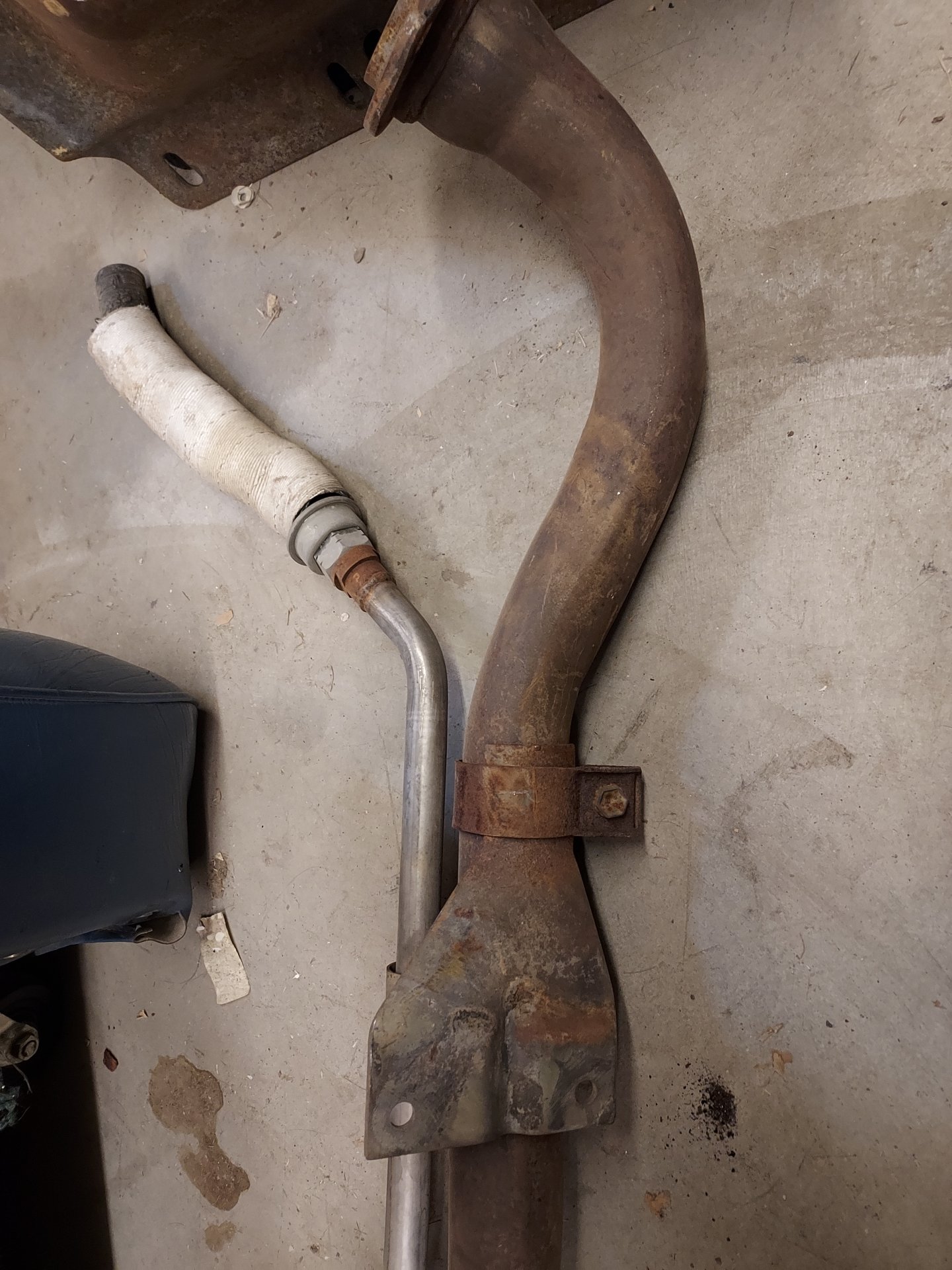 Okay I think I have identified your bracket. Believe that is for the US market 1/79-7/80. That one splits into two smaller pipes and runs under the frame where the CAT is mounted below the driver's floorboard. Not even sure my 3/79 still has it. Does have the stock pipes which surprisingly are not that smashed. Bought it from a friend in 1997 and know the few years he had it he used very hard. If you not going to used the bracket I would be interested. 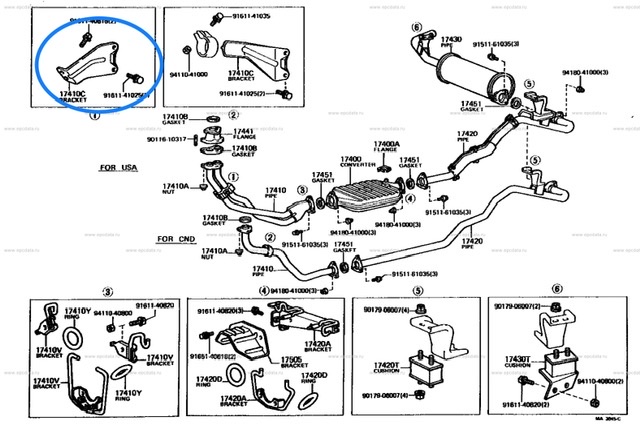 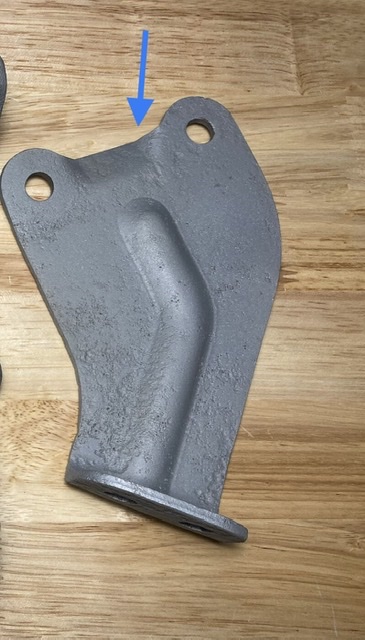