Hey, I have a friend that has an old FJ-40, he has no particular desire to move it any time soon but would love to see me take it off his hands

Anyway, we need to decide on a price, so I'll give you a quick rundown, with pics linked at the end:

Unsure what year or mileage
Apparently the engine was rebuilt ~30k miles ago in california
Needs a clutch job and obviously rear main seal replaced
The interior is a mess, but that's no big deal to me
Otherwise should run great etc etc

Here are the pictures: 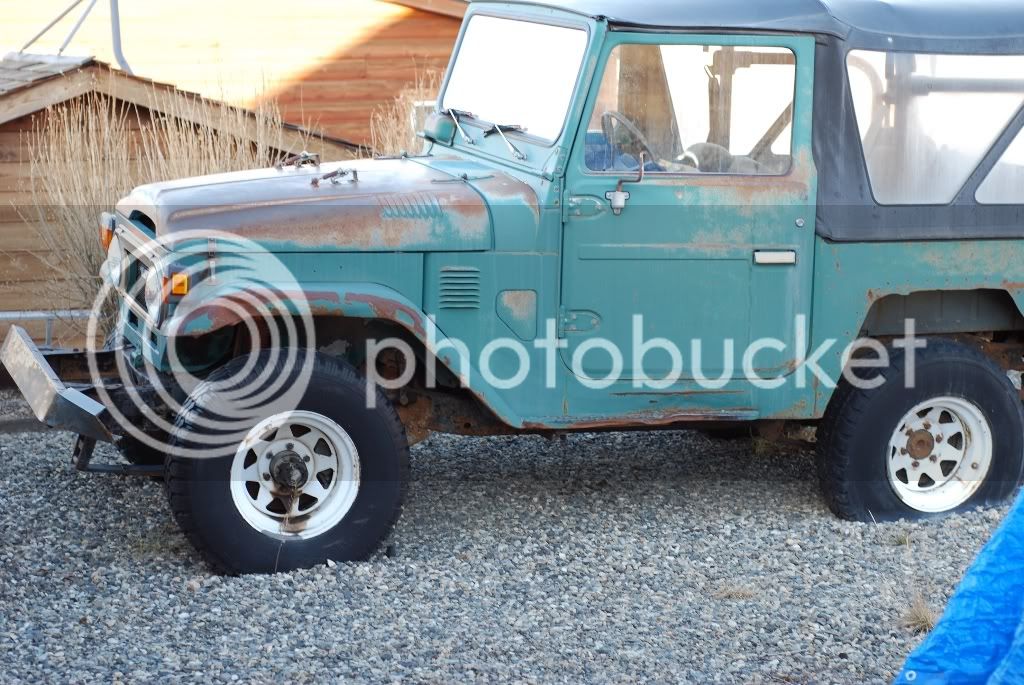 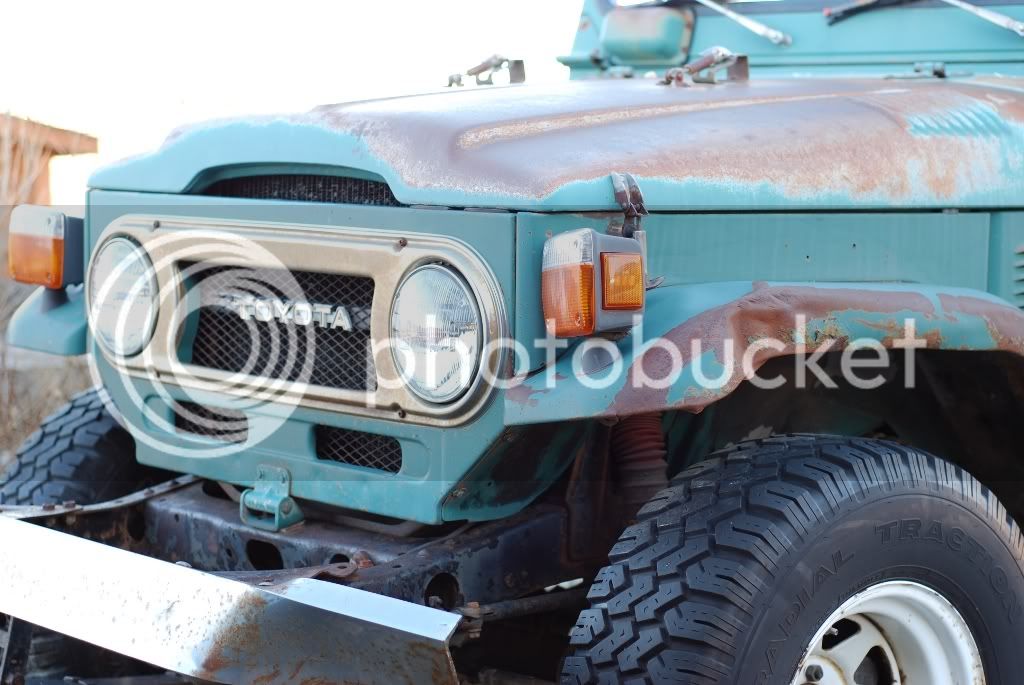 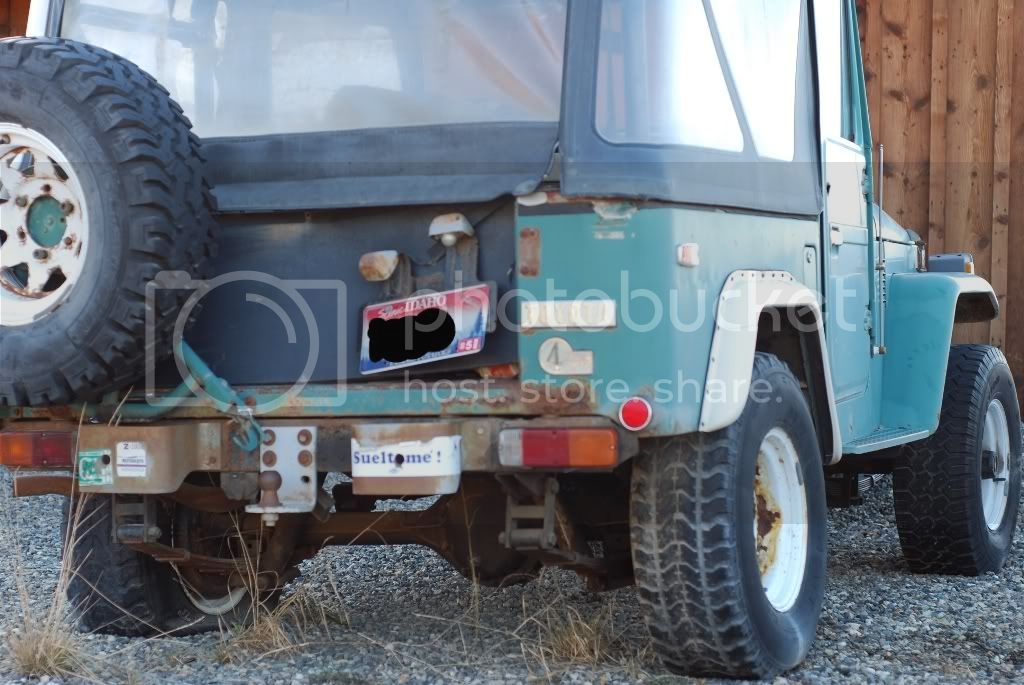 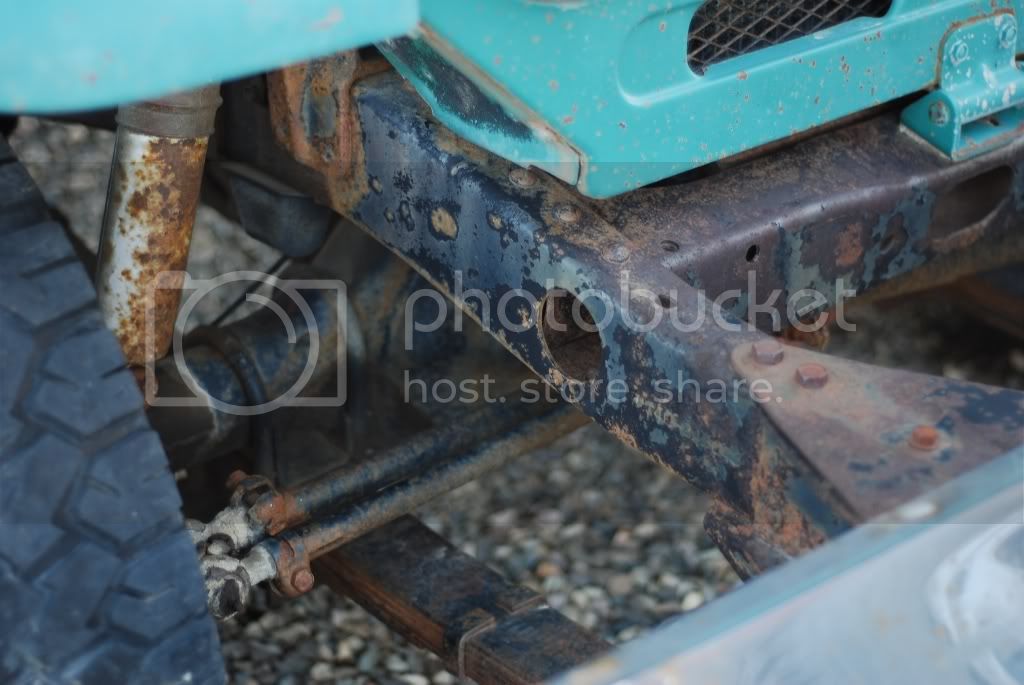 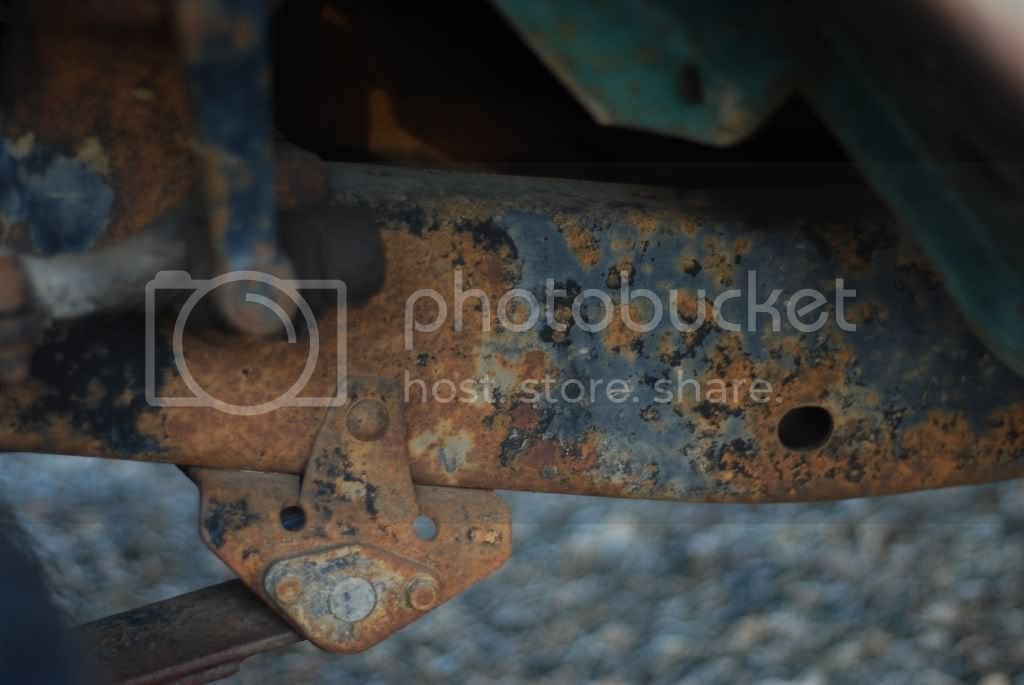 Thanks for your input I know to have the photos show up in line, but I didn't want to a.) break the forum formatting and b.) make this thread hell for 56k/slow internet users

$1000 seems on the low side, but I am a bit cocerned about the "Otherwise should run great", how long since it ran? Why won't it run now?

PS I know you can do better than that with the photos, depth of field, focus point, cropping... take them like your selling it.

hmmm, how good is this friend that doesnt know what year it is?
If he doesnt know the year I am not sure I would trust what else he knows about it. My intial thought was around $1500 +/- based on the few pics provided. If you can get it running, a little more + if not and the interior is a big mess like you say, i.e., missing parts, etc, then more -.

It's a 78 or older, we know that. If those turn signals are original it's not THAT old. That truck will be a lot of work. Lots of bent metal and broken stuff, flat tires, etc. If the interior is trashed like you say and it needs other work I would offer $800.

Take a guess at how much you think it would take to get it in shape then compare that price to something that is running and registered.

Unknown rebuilt engines scare me. I have a spare engine like that. Needs clutch, etc.

See if you can get it dirt cheap, then you have something to grow on.


You should have made me work at that one...

IH8MUD Forums - View Single Post - Can I get your opinions on the rust on this FJ40 I'm looking at?
J

Nikon Samurai said:
Thanks for your input I know to have the photos show up in line, but I didn't want to a.) break the forum formatting and b.) make this thread hell for 56k/slow internet users
Click to expand...

Who in the world uses 56k anymore? Seriously.
J

I am not sure I would give him 500 for it. It has obviously been in a a hard accident on the front drivers side and there appears to be signs of waves in the frame rail in the fourth picture which indicates the frame is out of wack. With the cost of metal having fallen through the floor if he wanted to get that off his property he would be paying at least 100 to someone to flatbed it off.

LOL!! The value of this thing has dropped to a case of beer !!!
M

You must understand there are a lot of broke d*ck, cheap ass's around here! LOL Its worth $500 I think.

What ever it hit or hit it popped the top bumper plate rivet on the driverside. Those are pterry tough. The hood is missaligned, maybe it could be adjusted back at the bib hinge. If the front frame is that bent, the bib hinge may be moved over not allowing the allignment.


joeyg1973 said:
I am not sure I would give him 500 for it. It has obviously been in a a hard accident on the front drivers side and there appears to be signs of waves in the frame rail in the fourth picture which indicates the frame is out of wack.
Click to expand...

Tube tire carrier and door mounted mirrors started with the 77 model that came out in late 76.

I know he knows what year it is, I just can't remember :x I'll ask him what he ran into, I'd imagine it was probably a tree or something. When I'm up there next I'll see if I can get it fired up and listen to the engine.

I really don't mind putting in the work, I have a perty big driveway, its mainly just the money that scares me :v

The biggest potential issue is it lives up in the mountains and I don't have access to a trailer that could bring it down, so I've got to get it in running condition up there to bring it down the 3 hour drive.

EDIT: Oh, and on the pictures side, I know they're pretty crappy; all I had on me was my 50mm prime and I had to shoot most of those around f/2 to avoid blurring them, since I had it on ISO 100 like an idiot -.-

1k. Thats alot of work. But a good base for a ground up.

I dont think this will be a "quick fix and drive" kind of rig.

Looks like it may have been layed on its side.

Nikon Samurai said:
its mainly just the money that scares me :v


if thats the case, leave it there...

S
Help me estimate my timing setting - and where it should be.