First time off the Asphalt

Had some disposable time to take off by myself and the 80. I went to
a local offroad trail (near Santa Clarita CA) recommended by clownmidget. It was a
nice curvy drive to the spot. The NF sign was small so I passed it
up initially. Basically went and made a Uey when I saw the "Leaving
the Angeles Forest". It was really my first seeing a "offroad trail"
sign (could be the reason). Doh!

Was nervous at first seeing the trail was wide enough for the 80 and
then some (drop off at the side!)and going up. Put it in 4LO and
went slowly. Pretty much was having fun after that until I looked at
the time. Time to pick up the kids. Went up some more and found a
place under some trees to turn around.

My question for you guys: How do you get back to the entrance or
whence you started without having to worry about another vehicle
coming the opposite way? Since the trail can only fit one vehicle
going one way. There were spots to get to the side. But what if they
did not have them?

I ended up backing up a couple of yards when I saw at a distance a
Toy Mini going towards me. I waited but he never passed by (took
another trail?). Luckily today was a weekday and was able to get out
without a problem. Passed by the Ranger Station and the old man said
they dont have trail maps anymore. Any other resource to get some?
I will be back to reach my goal - Rohwer Flats. 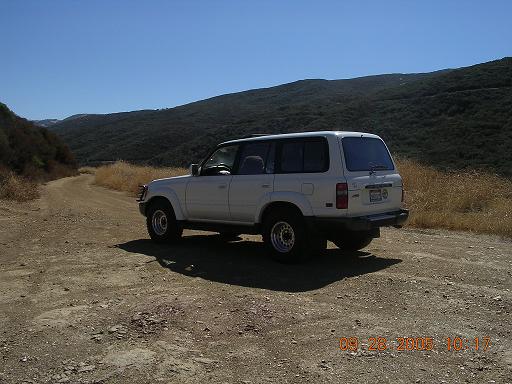 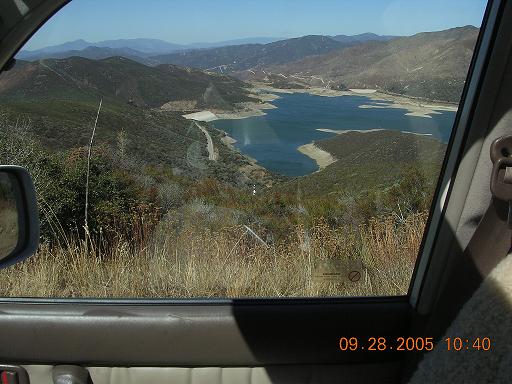 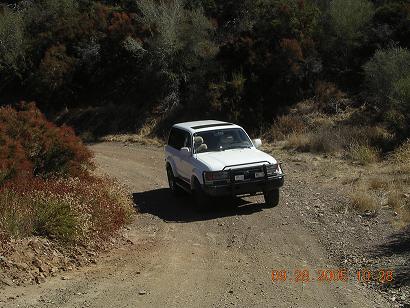 Wow that looks beautiful. Glad you had a fun time.

Looks like a nice area to explore and camp. Being stuck on the East Coast, I'm jealous of you guys in the western and southwestern parts of the US.

Joe, send me a pm with an email and I can send you the GPS track of our last trip up there. Glad you had a good time.
Mike

DAM that lake looks real dry.... Let's hope for another winter like last....

Yeah, that bath tub ring probably represents all of you LA folks not watering your lawns for the whole winter...
You must log in or register to reply here.

Alaska Cruiser Trek 2020? Discussion opportunity/chance for input as the decision time is approaching.