Fighting with my upper intake manifold. What else do I need to disconnect? (lots of pics) (1 Viewer)

Okay, some of you may recall that we have a P0306. We thought this was caused by a smoked harness, but we removed quite a bit of the...stuff...that was on the harness running over the EGR and don't see any damage. We've had a nagging P0401 for awhile, so the intake manifold is coming off for cleaning, and because at this point, I refuse to let it win. We took the advice of forum members and removed the four bolts and two nuts holding the damn thing on, as well as the bracket and all other "obvious" connections...and something is still holding it on. We used a normal socket and approximately one billion feet of extensions. I'm considering just pulling the engine and transmission to do this! Please let us know if we're missing something! We're absolutely intending to do a (very) lengthy writeup for the FAQ once we get it out.

Do these bolts also have to come out? And if so, any trick to getting the socket on them? You'd need very small hands to get in there. 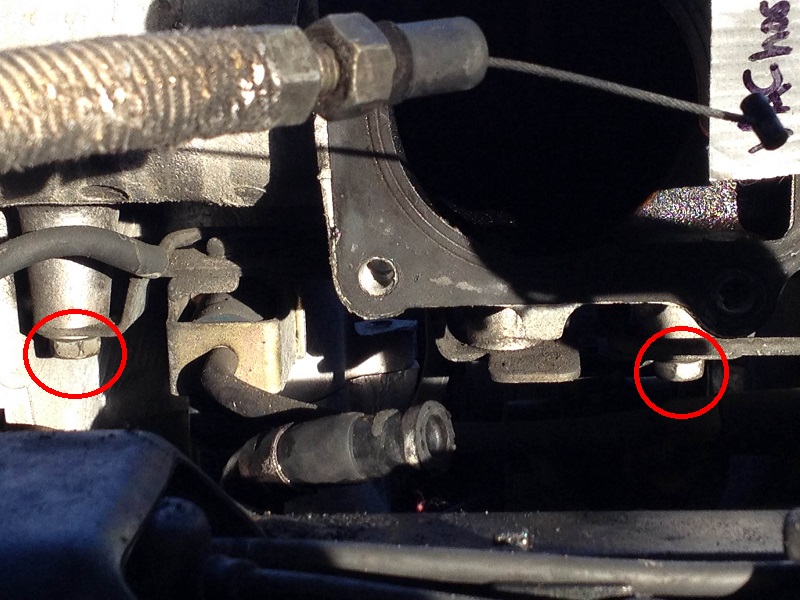 And there's one other one that seems to be slightly rounded, or perhaps of a different size, does it also need to come out? If so, does it look sufficiently rounded as to require a bolt-out? 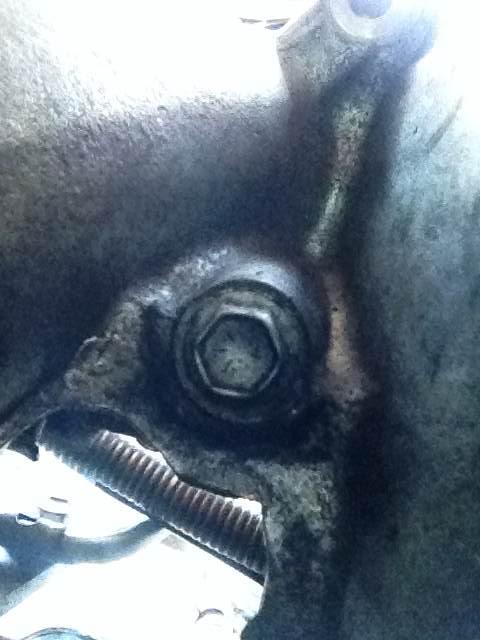 Here's a depiction of where this bolt is from above: 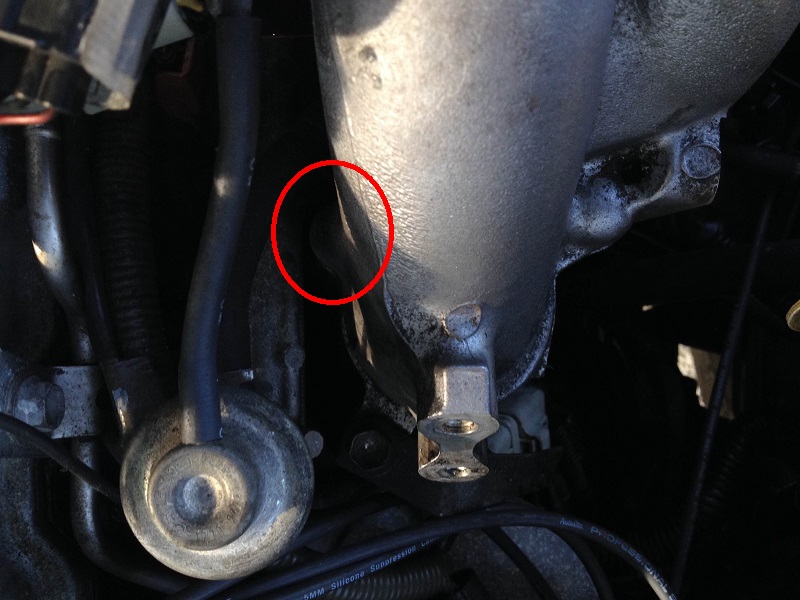 Finally, what would the proper tool for removing the giant EGR nut be? Should I hit it with some liquid wrench then try to break it free with a wrench? Most of my wrenches seem too big to turn it easily. 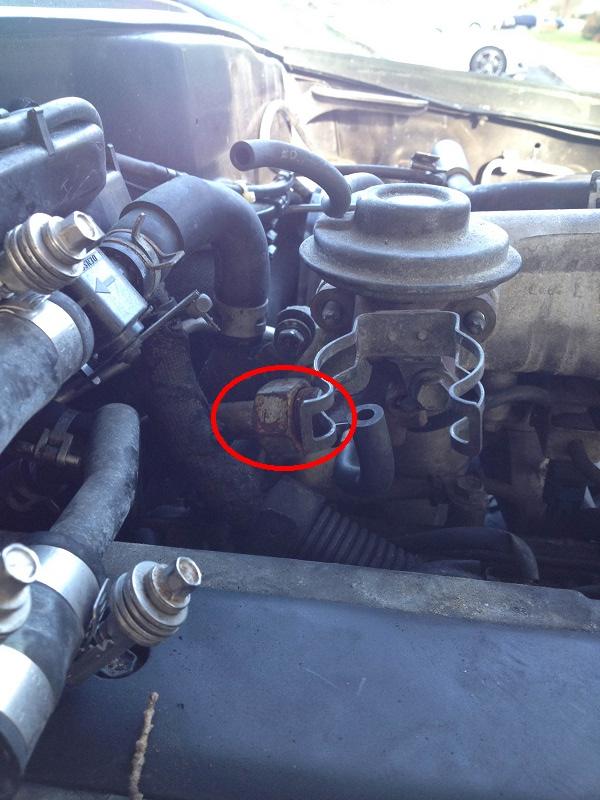 We got impatient and pulled some of the crud off the harness. No idea what it is, but I think it probably causes cancer if you so much as think about it. Bonus before/after pics of the harness to be re-wrapped in heat tape: 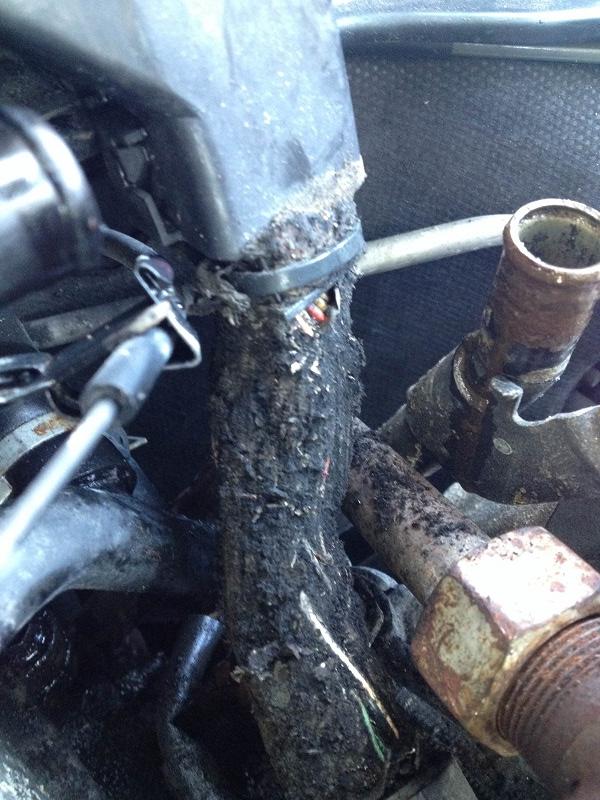 Seriously, nice job Toyota. There? Of all the places, you picked THERE? I mean, look at it. That's something out of a horror film. You could have dreams that such a thing was chasing you. 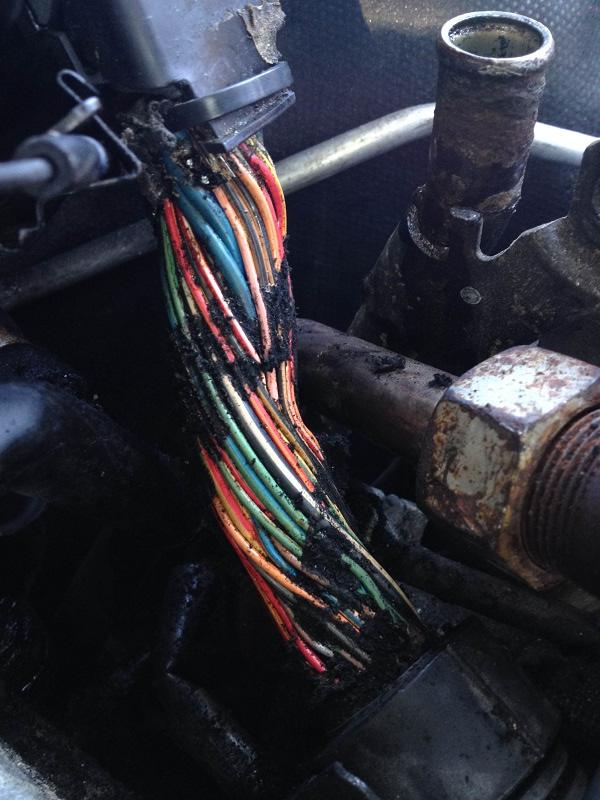 How do the individual wires look? Everything fairly intact?

Lot's of info/pics from when I fixed some issues on my 80 and from a few years before on a mate's 80:

george_tlc said:
Lot's of info/pics from when I fixed some issues on my 80 and from a few years before on a mate's 80:


We've been following that guide and already removed those bolts. We cannot figure out what else is holding it on.

The EGR valve you can use a spanner, 1 1/4" works fine. I have used a fixed 1 1/4" in the past, but this time around I used a large crescent/adjustable to loosen/remove it. The nut is 'captured' on the pipe, so you can only loosen/slide it down the pipe. The EGR valve also holds the upper intake down - so you need to remove the nut and valve too..

The upper intake is not as bad as some make it out to be. I think I unbolted mine in less than five minutes after getting the TB off. Like many jobs done from below the toyota, a full set of wobble extensions will make you job super easy. I also have an extendable 3/8 drive ratchet that gives me a bunch of extra leverage.

Yep, it's an easy job - just a bunch of bolts and stuff to remove, but all accessible enough as 1/2kcruiser states - lots of wobbles etc are handy since a couple of the bolt/nut heads you don't quite get a straight run at. Last time I had my older son undo the stuff that is accessible from below - yay - for once life was easy (for me)

With the s/c things are a bit easier (for once), since there's no TB in the way.

That harness looks normal, re wrap it when you are done.

I found it makes things a lot easier if you take a torx socket and remove the studs that hold the EGR valve to the upper intake. (You have removed the nuts already) Especially when you are putting everything back together. You do have new gaskets for everything you are taking apart, right?

toddsmith1 said:
I found it makes things a lot easier if you take a torx socket and remove the studs that hold the EGR valve to the upper intake. (You have removed the nuts already) Especially when you are putting everything back together. You do have new gaskets for everything you are taking apart, right?
Click to expand...


Nope, we're ordering them soon, it doesn't have to work asap

We'll go ahead and switch to 6 point sockets, we have 12 point sockets. I'm guessing we only got 6/8 things holding it on, so we'll head back out in the morning for another attack.
You must log in or register to reply here.

M
Question about exhaust: what else do I need?
2

I might need a new wiring harness, or do I?

N
What should I do about my leaking exhaust?