After a lot of reading (I am no mechanic) and some diagnostics I came to the conclusion that my fan clutch was toast. There are a billion threads on here about the subject and the Search function works wonders.

My symptoms were that the 'ol girl was experiencing hot flashes when running slow. Would be fine on the HWY but around town and idling she would heat up quickly. Neither is idle but with the warmer weather and wheeling around teh corner it was time to chase this down. Did the other tests suggested here on MUD and decided that the fan clutch had to go.

On the suggestion of many here and some guys in our club I decided to also replace my water pump at the same time (good thing - more on that later) it was not leaking but while I was in there..... so might as well do belts and hoses as well. After a trip to the local TOY shop I was many $$ lighter but eager to rip in to the job.

Like I said I had done my homework - there is a mountain of reading on here about the job and once the parts arrived it was time to open her up. I used a lot of the info from zcruisers thread about the job (part numbers are great to have when you show up at the parts counter) - for a noob and NOVICE wrench it was handy to have these on hand.

All of the threads seem to indicate that this job is a PITA - they are right. Not really difficult per say - but a lot of disconnecting and taking apart before you even get to the main event. That being said one tip I learned and would highly recommend is taking out the rad. Takes very little time and gives you WAY more space to work. I did not have the AC issue that some had because mine didn't work and met its match with the Sawzall the week before (couldn't get one of the fittings loose so out came to wonder tool - secs later the job was complete - as I said before I am not a mechanic).

Anyways, the rest is pretty straight forward (especially with experienced guys looking over your shoulder) like I said there is lots of info on here from people with way more experience.

Oh, back to the water pump - like I said it was showing no signs of failure or weakeness until we took it off and I looked inside.


Below is what inside of my water pump looked like - not the best shot (needed centre weighted focus but wasn't going to grease up the camera buttons) but you can see the flakes of metal that were being s****ed off as a result of the wheel inside guaging out a notch. There was the smallest amount of play when you wiggled it - bearings were on their way out!

Last thing, a word on OEM parts. Yes they are more expensive - no I am not made of money - yes they are worth it in my opinion.

I took a picture of the fan clutch that came off (not OEM) and the one that I put on (OEM) look at the difference in size! Since this truck is newish to me I have no idea how old the clutch is (water pump was Toyota but looks like it had been replaced in the past) Again I am assuming the after market fan clutch was the correct part for the job - but it was no where near the size of the new OEM clutch.

Needless to say she runs much cooler now at idle - there is a definite ROAR when I fire it up in the morning. On the other hand maybe that is the exhaust leak, but that is another story...

A big thanks to all those who graciously post up there findings and how to info - for those less handy with a wrench it makes things a little less daunting. A huge thanks to LandBlazer and Mud Shark Rosey for their help and encouragement! 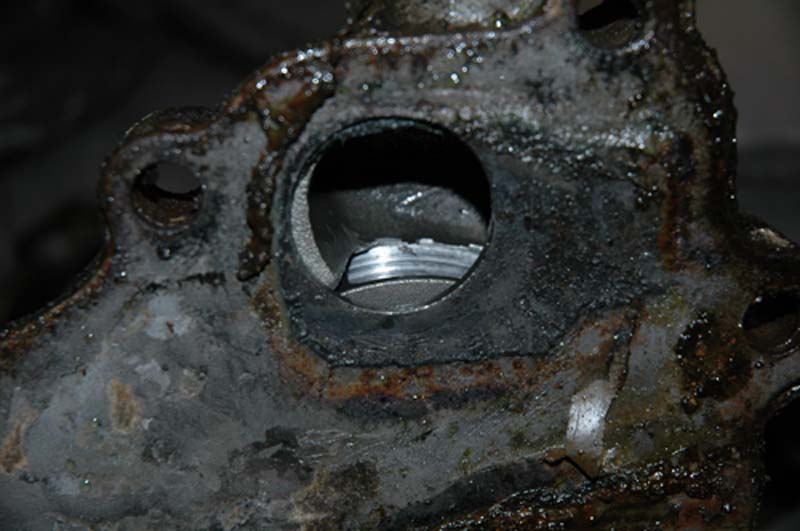 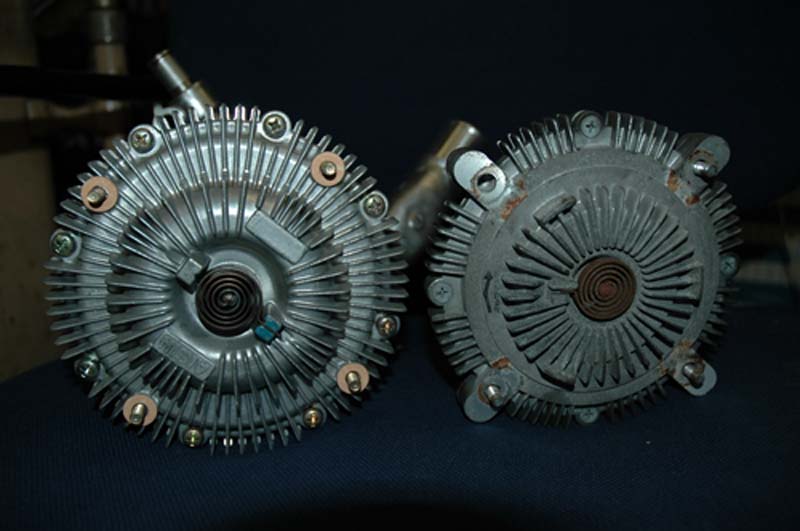 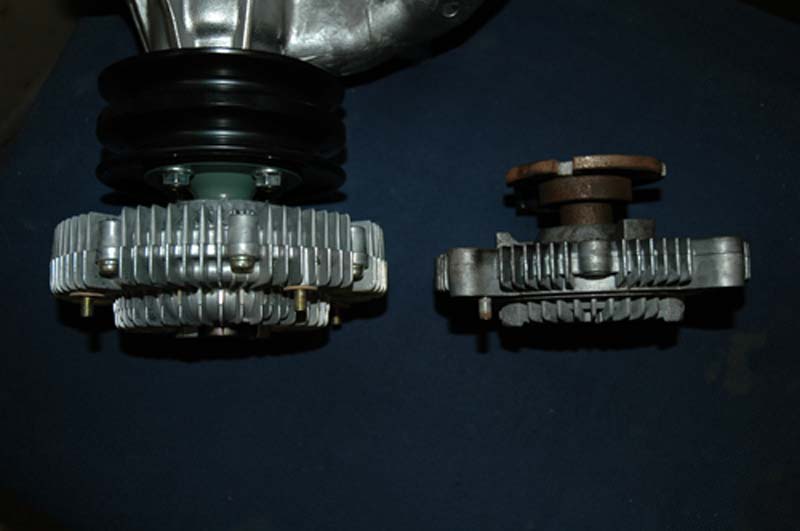 I just replaced my radiator and a week later the water pump developed a leak....damn should have just replaced it when I did the radiator and I wouldn't have wasted $50 on the Toyota red coolant...! I just ordered the water pump, fan clutch and tstat from cruiserdan a few days ago. I also bought new belts as the old ones are starting to look a bit crusty...oh yeah and another 2 gallons of Toyota Red coolant. I'll post some pics as I get it torn apart and put back together again.

sessions said:
I just replaced my radiator and a week later the water pump developed a leak....damn should have just replaced it when I did the radiator and I wouldn't have wasted $50 on the Toyota red coolant...! I just ordered the water pump, fan clutch and tstat from cruiserdan a few days ago. I also bought new belts as the old ones are starting to look a bit crusty...oh yeah and another 2 gallons of Toyota Red coolant. I'll post some pics as I get it torn apart and put back together again.
Click to expand...

Yeah that coolant is no joke. Won't use anything else though. Matter of fact I'll probably use it in the slant 6 (and later the big block) in my Plymouth once I'm done doing stuff that I keep opening up the cooling system for. I always use a 50/50 mix with distilled water as well. Never had an issue (aside for when my factory water pump seized at 208K miles and left me stranded, but I blame myself because Toyota recommends changing it at about 65K). Leaks show up REALLY well too, when it dries into a pink crust.
You must log in or register to reply here.